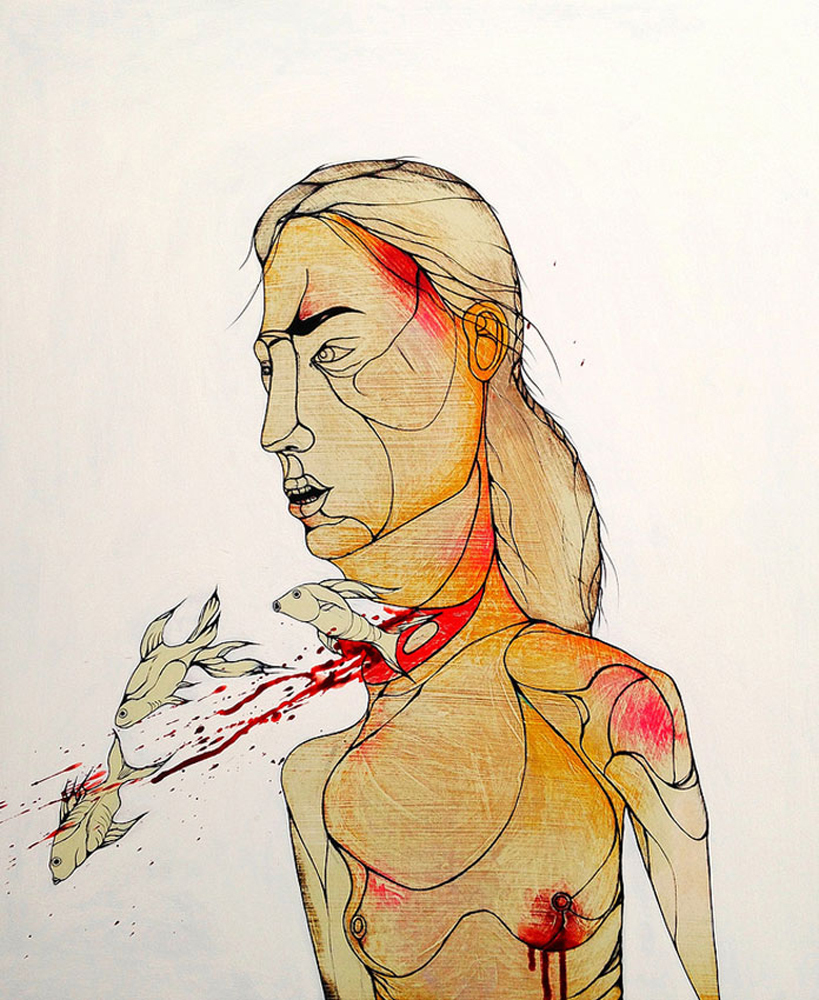 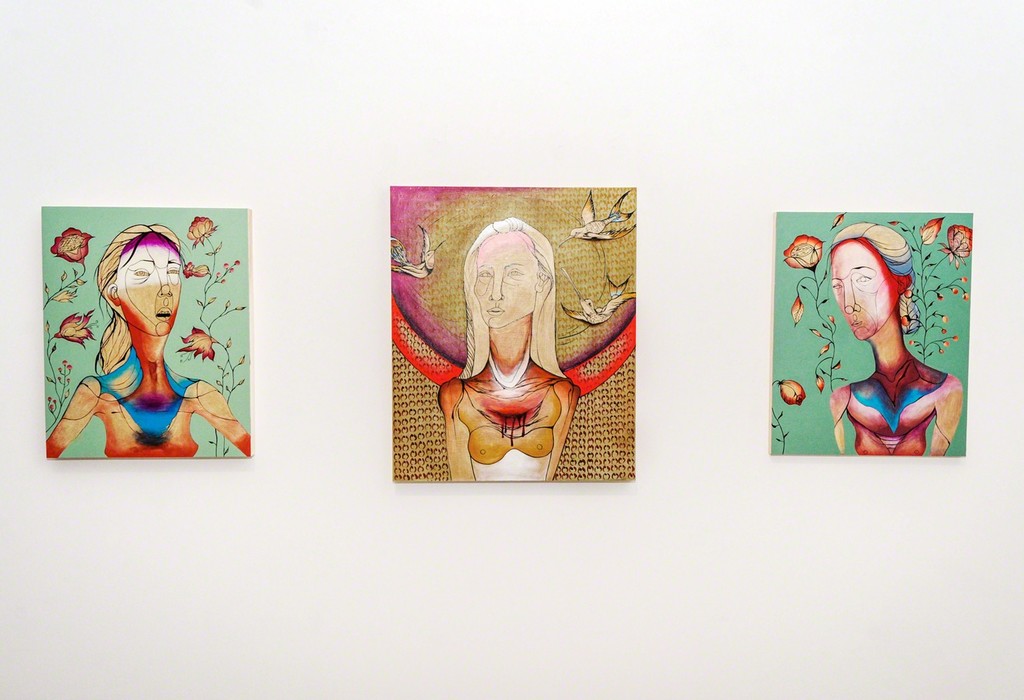 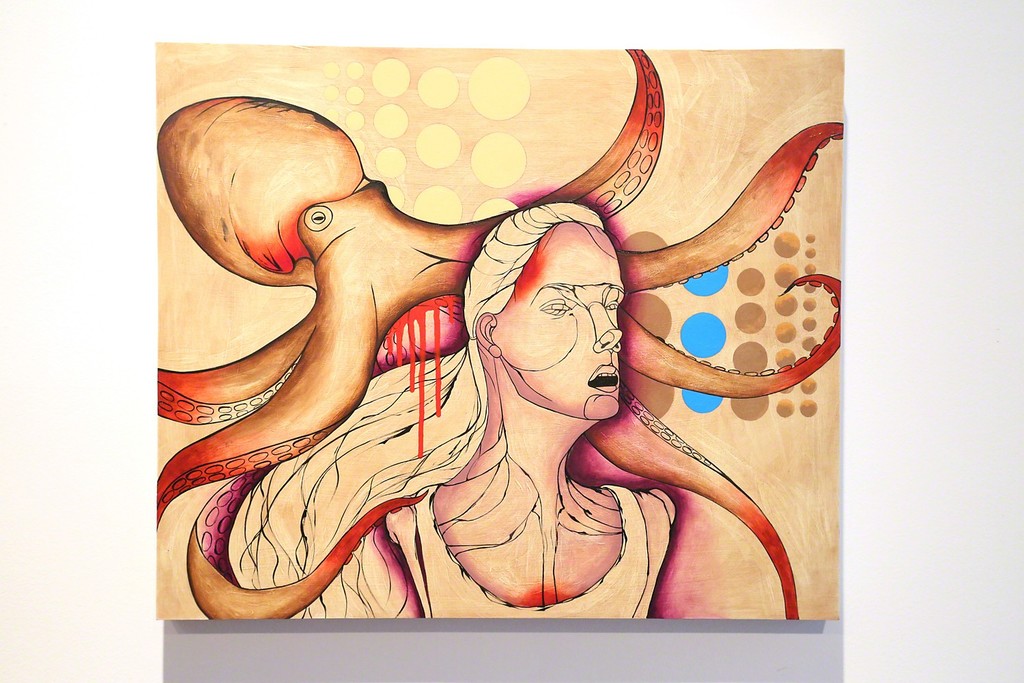 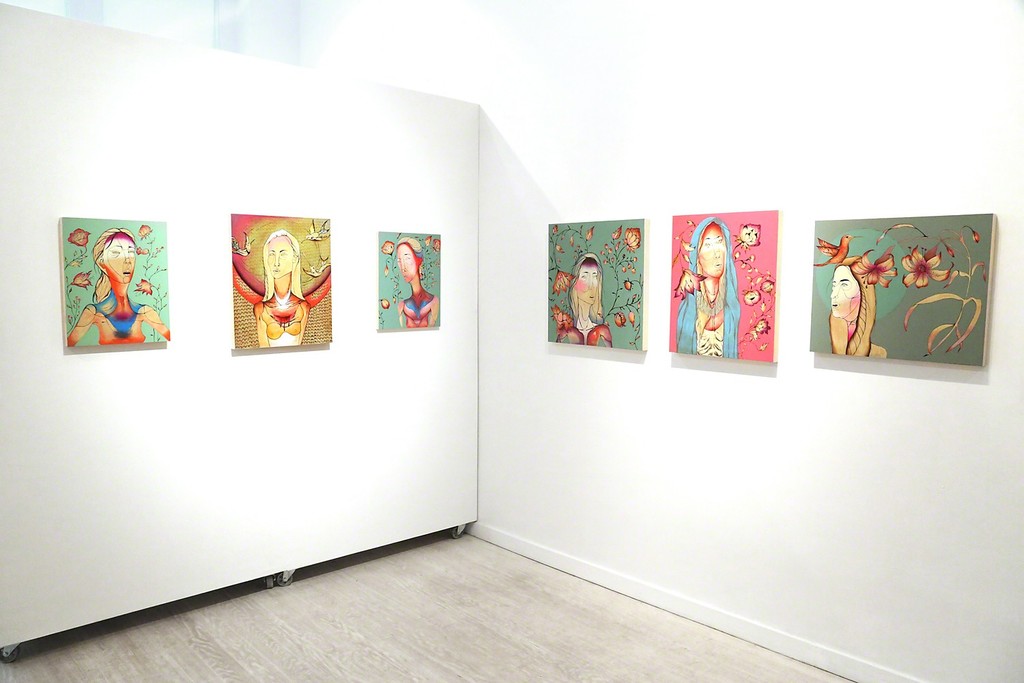 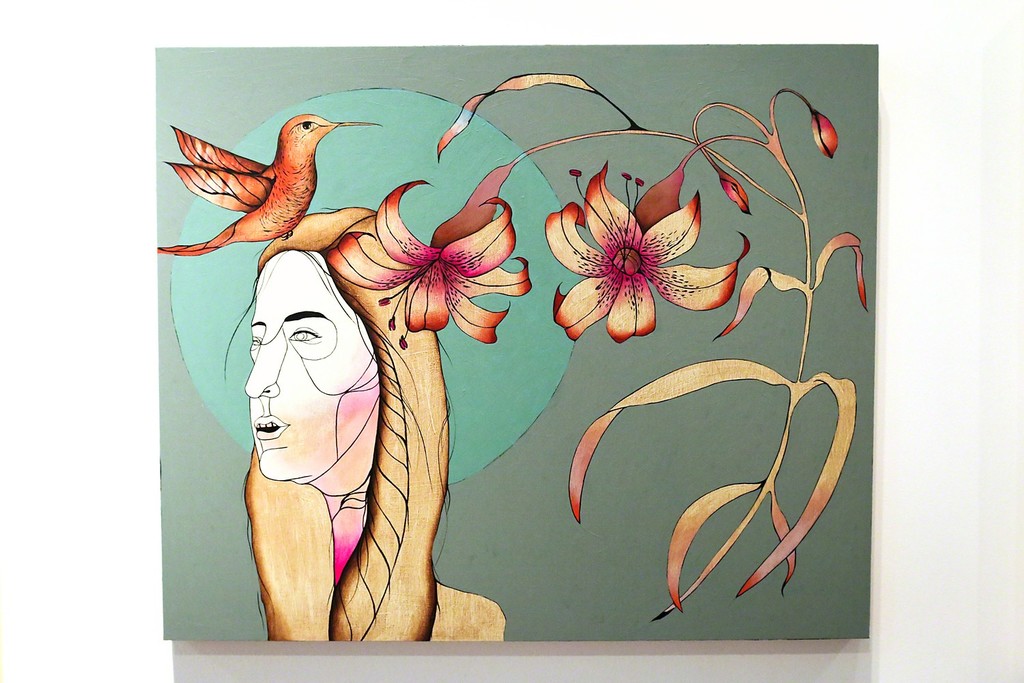 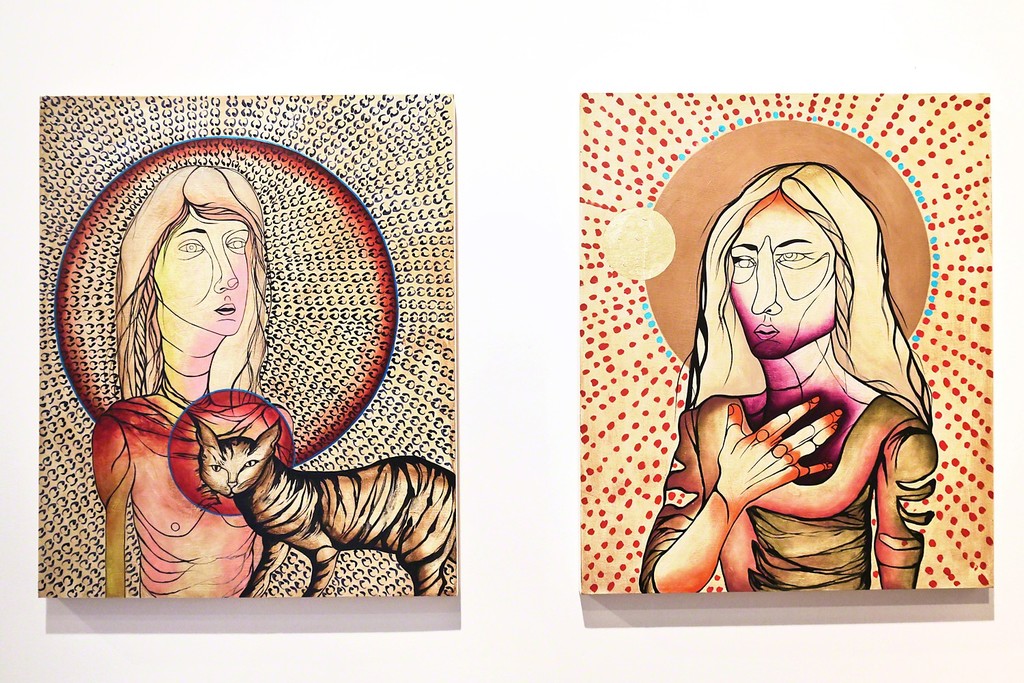 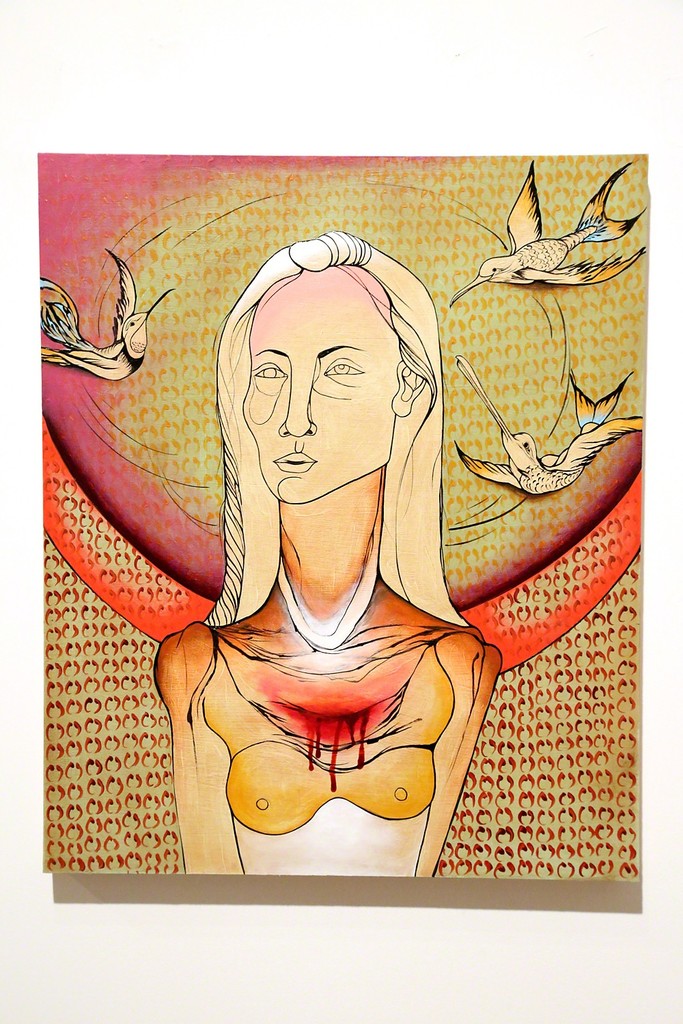 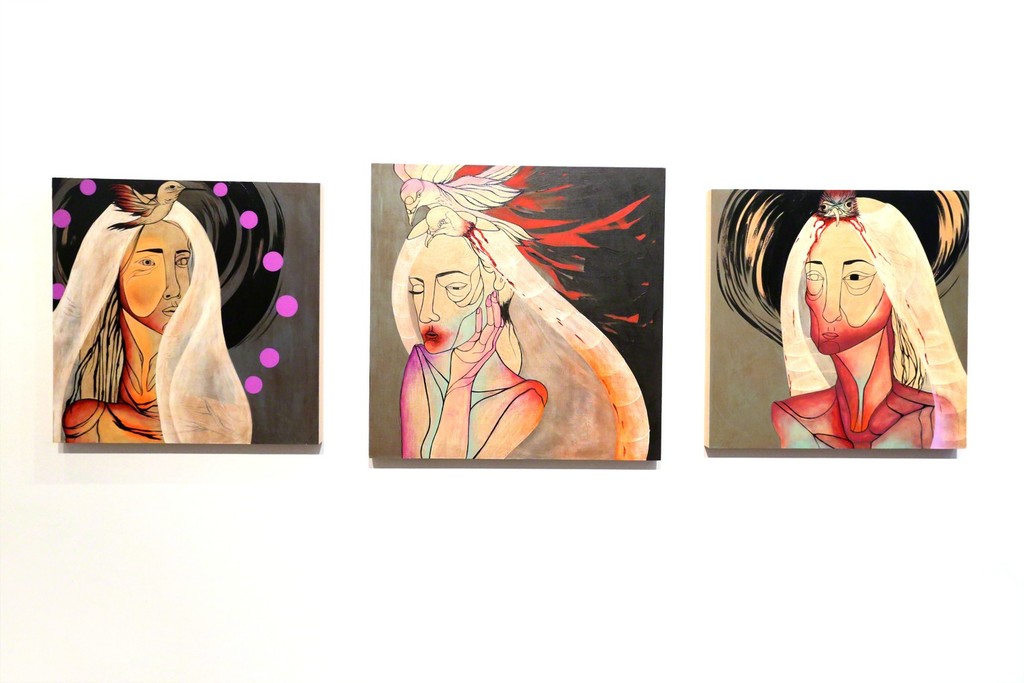 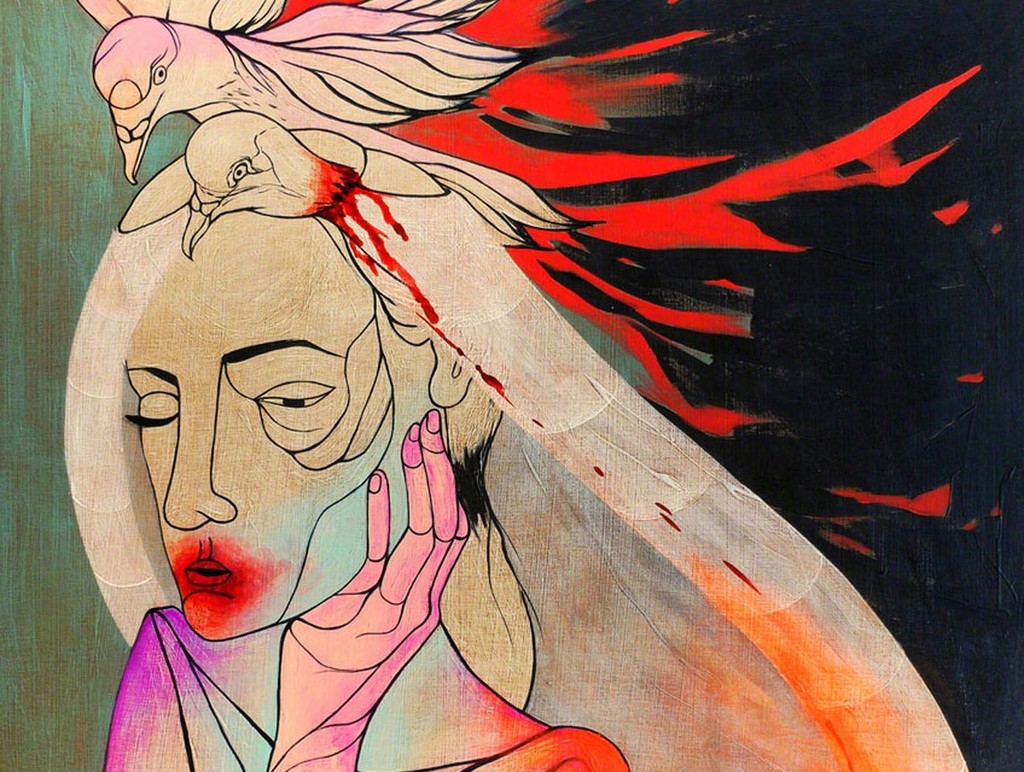 Artist Jennifer Caviola aka CAKE over the past ten years has made a name for herself as one of the most prominent female street artists. Aside from being widely exhibited in galleries, she has had installations in NYC, Berlin, Chicago, Miami, Iran, and many more around the US. Her recognizable style, which features figurative portraits of women, has been widely documented and has gained her praise from art critics and fans alike. She has become known for her acrylics on paper which are either wheatpasted or painted directly on walls around the city, as well as her acrylics on wood which are beautifully haunting and feminine. Her work expresses her support of women through a voice of solidarity. Communicating through portraiture, a women’s curves become sharp lines that in an architectural sense, propel a feeling of strength, power and vulnerability.

A graduate of Pratt Institute (BFA in Painting) and Parsons School of Design (MFA), Cake’s works have been exhibited at numerous galleries and exhibitions including at the Joseph Gross Gallery, Anno Domini Gallery, Kravets Wehby Gallery, Fountain Art Fair as well as public works such as The Gateway Project’s Mural in Newark Penn Station “Cast the Burden and the Light Will Impress”. She has been featured in publications such as Vogue Italia, Complex Magazine, Paper Magazine, and The Huffington Post.

In this solo exhibition, Cake will be presenting her works of acrylic painted on wood, including several from her “The Bride”, “Mit Blumen” and “Feast of Shamen” series, as well as many works that have never been exhibited before. “I was looking at all these girls, these women, and I wondered what they were doing, and it struck me that they have stories and that these stories are available to those who care to listen, and to look. And I think these women seek to connect the viewers to their own stories, and essentially, their own hearts in order to do things, like recognize, heal, hold, move, stop, go, etc. each painting is its own allegory, and they are gathered together like chapters for a book for this show. Parts of a whole, but also independent of each other.” – Jennifer Caviola

The exhibition is part of The Untitled Space‘s "Women in Art" series, which features a wide range of female contemporary artists in a series of pop up solo exhibitions and group shows.