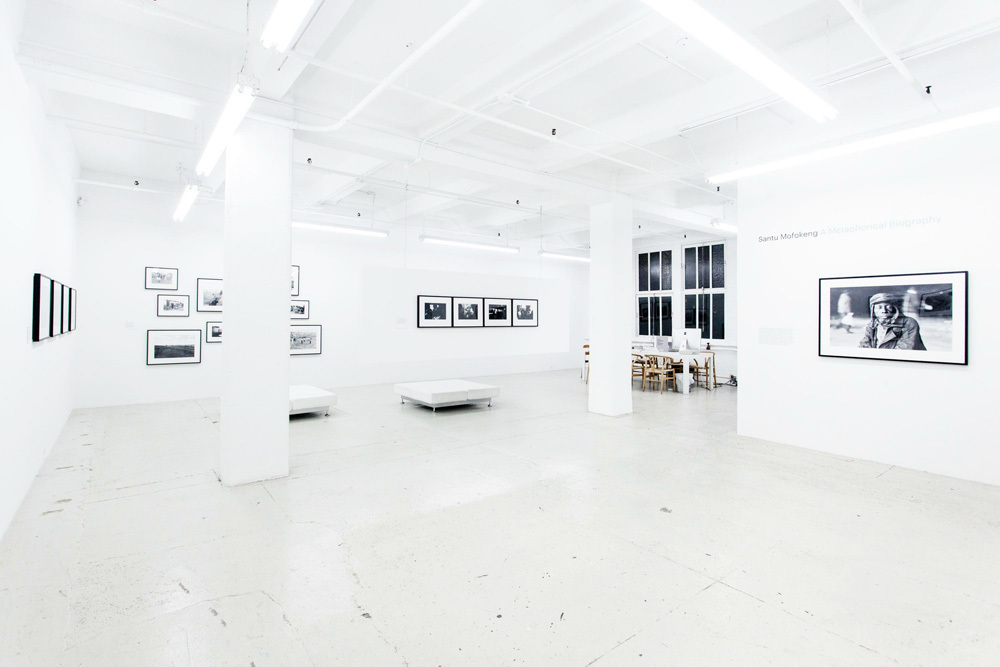 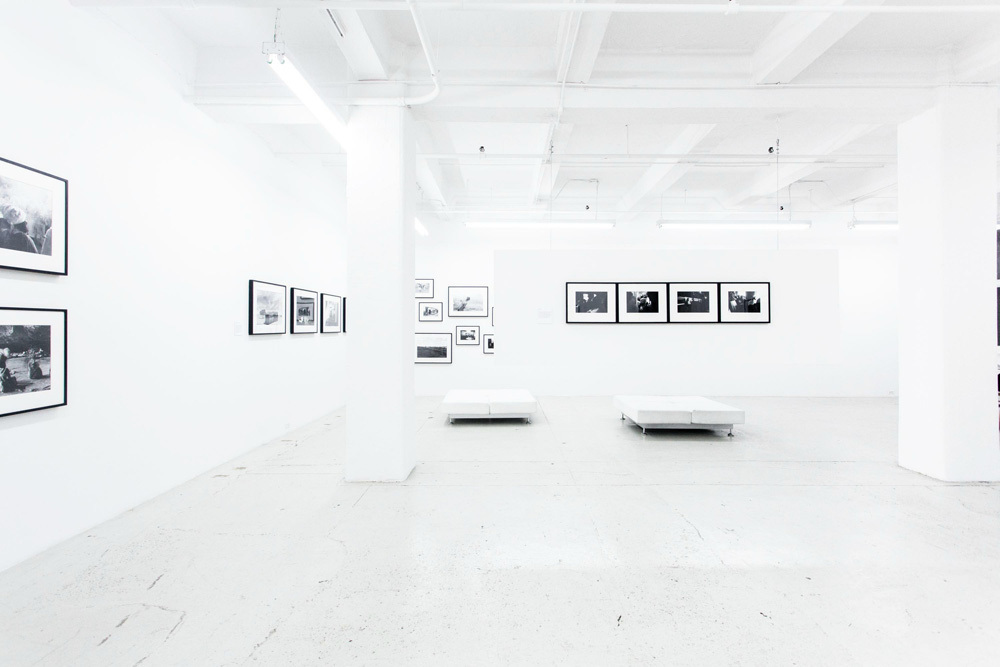 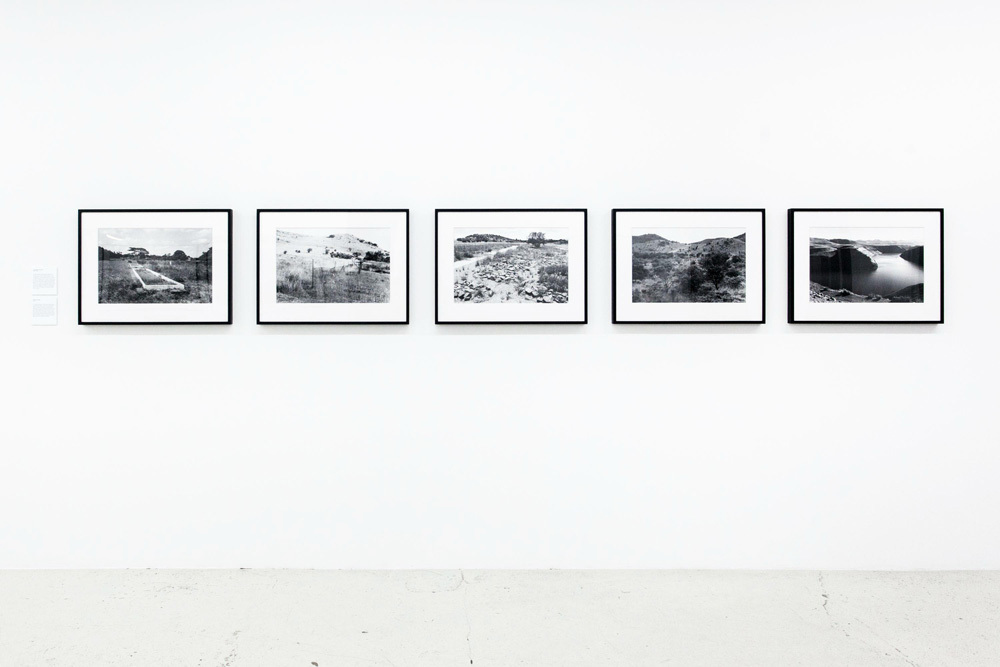 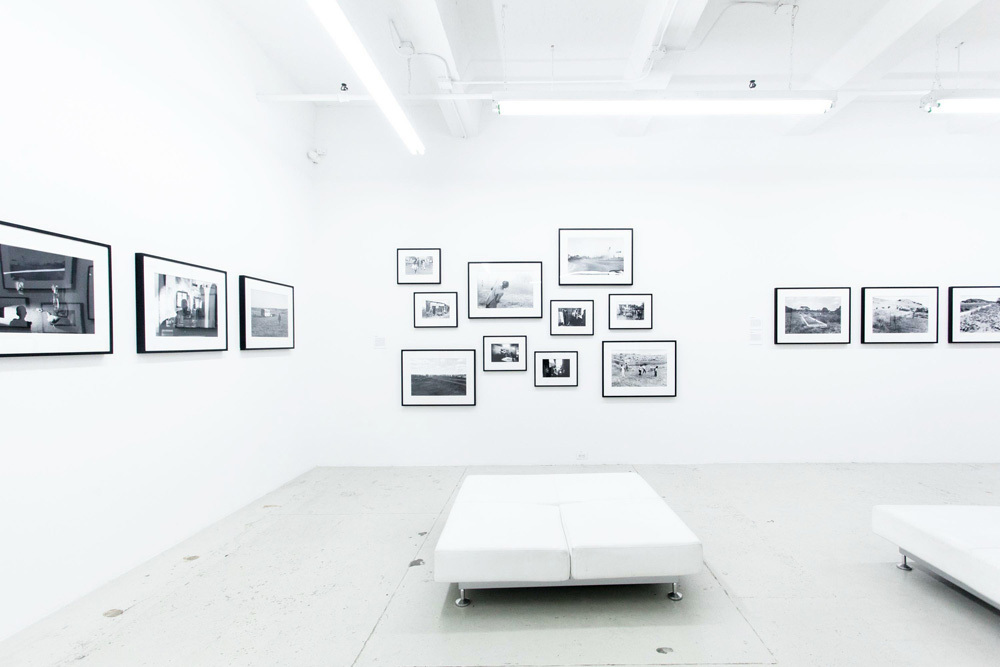 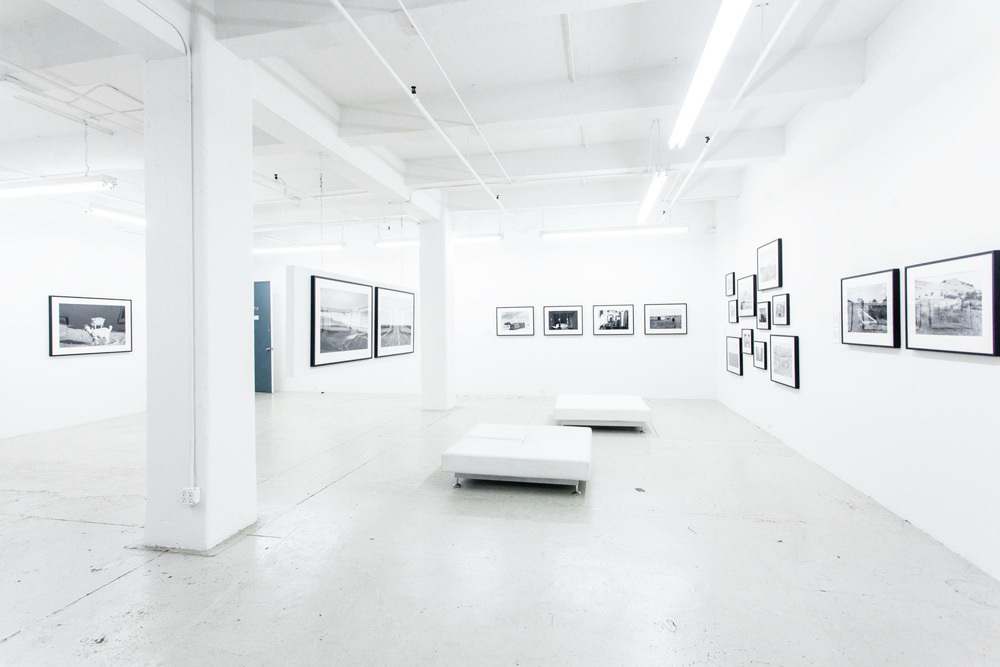 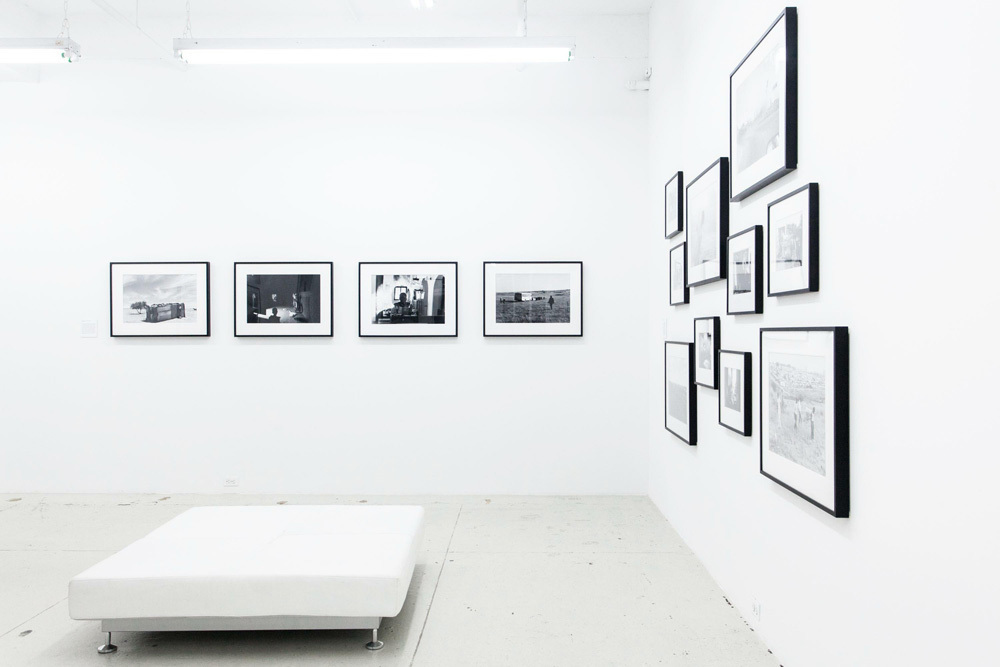 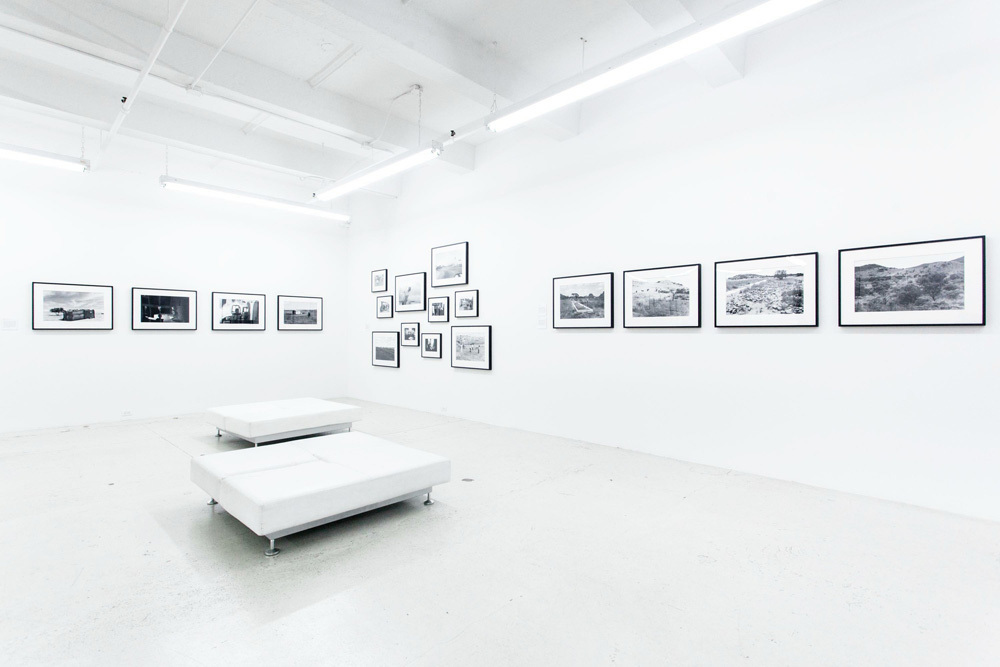 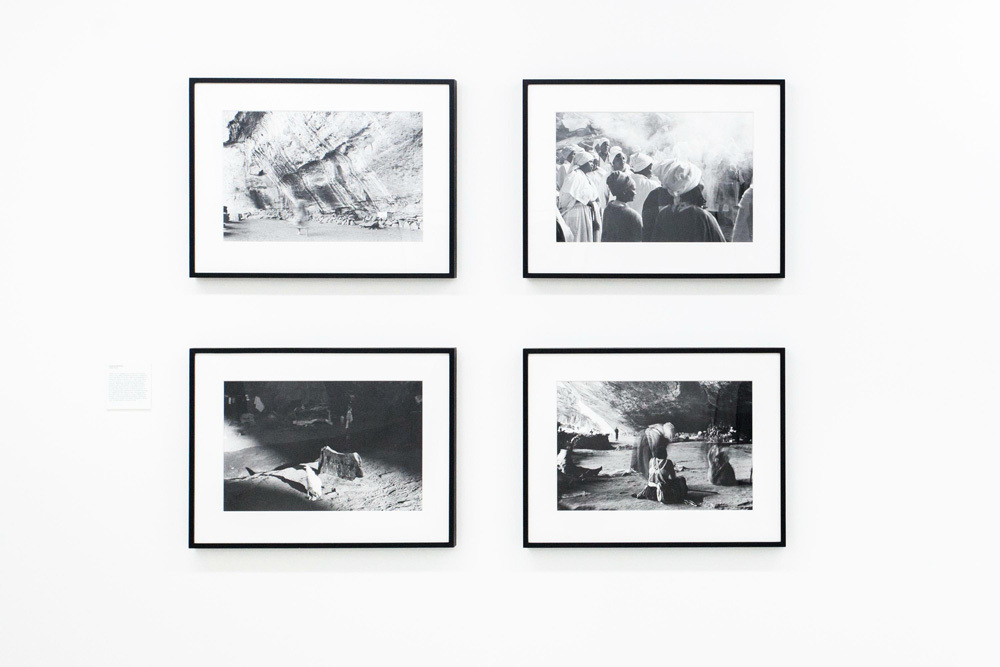 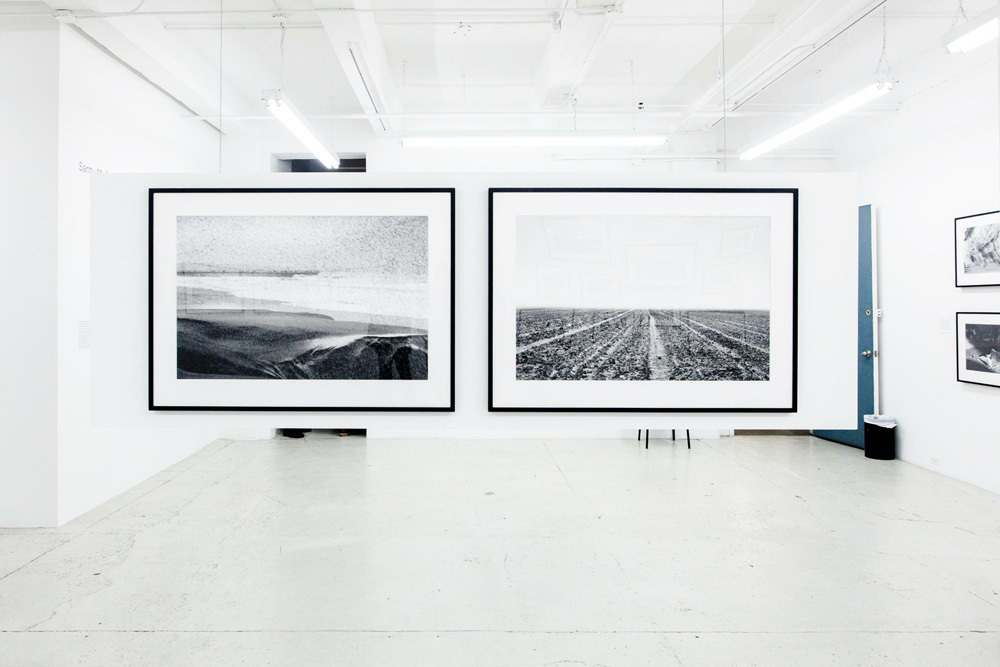 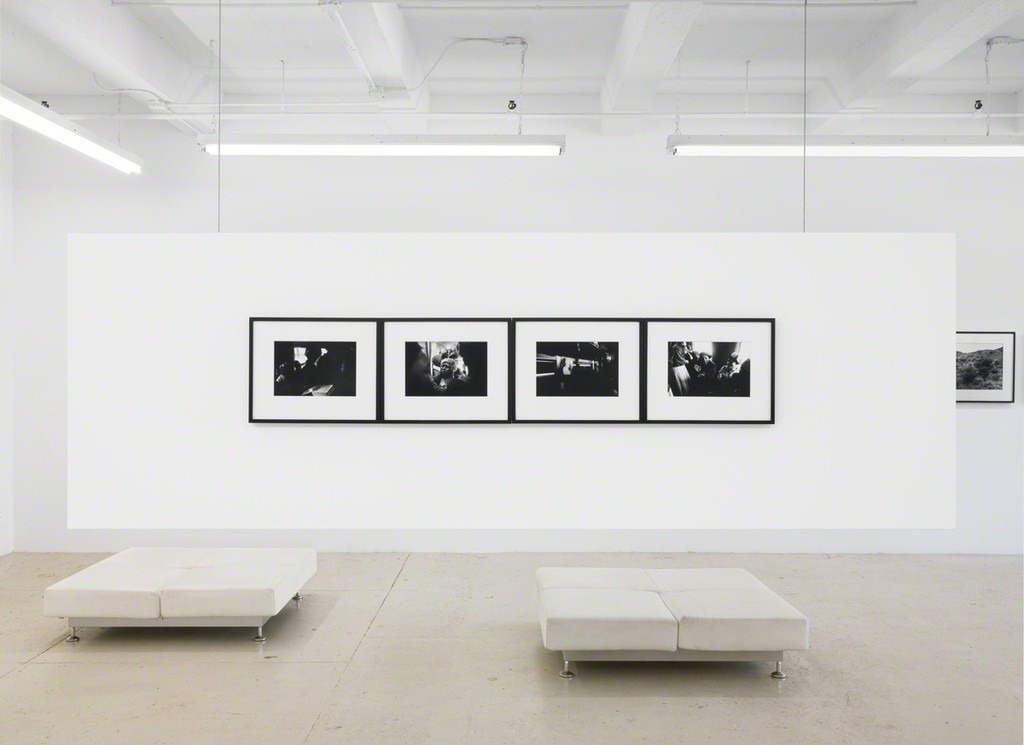 You say, ‘Documentary is about telling the truth,’ but certain truths are actually elided from the story. The only way I could show both the good and the bad was in an essay. It allowed for – not balance, but complexity.
— Santu Mofokeng

The Walther Collection presents a solo exhibition of photographs by Santu Mofokeng, bringing together six remarkable series of poetic and resonant images by one of South Africa’s most important artists, on view from January 15 to May 23, 2015. Drawn exclusively from The Walther Collection, Santu Mofokeng: A Metaphorical Biography features selections from Mofokeng’s powerful black-and-white photographic essays exploring landscape and social identity. A renowned photographer, Mofokeng’s nuanced, slowed-down work resists the sensational, providing an intimate vision of South African communities, while his evocative landscapes consider memories of historical trauma. This exhibition spans three decades of Mofokeng’s career and includes numerous prints shown for the first time in the United States.

As a young freelance photographer, Mofokeng (b. 1956, Johannesburg) began to create a “metaphorical biography” of his life, “making photographs of things I ordinarily do or see.” In the mid-1980s, at the height of the apartheid crisis, he pursued long-form photographic studies of family life and religious rituals. Mofokeng’s first sustained project, Train Church (1986), documents the spontaneous singing and improvised congregation of religious services aboard the long train commute black South Africans endured between Johannesburg and the township of Soweto. Train Church captures the sudden transformation of a public space with the catharsis of spiritual expression.

Mofokeng’s series Townships (1985-87) and Rumours: The Bloemhof Portfolio (1988-1994) illustrate the artist’s humanist approach to documenting South African communities. In contrast to the typical images from apartheid South Africa of violence and poverty that proliferated in global media in the 1980s, Mofokeng’s Townships sensitively portrays black subjects at leisure in their homes, dancing in sheebeen bars, or playing games in the street. Rumours: The Bloemhof Portfolio is testament to his longstanding connection to the people of Bloemhof. In this series Mofokeng renders ordinary lives with exceptional attention to the context of land and home.

Through his continuous study of South African landscapes, Mofokeng investigates controversial sites of historical violence in Landscapes of Trauma (1997-2004) and the effects of environmental degradation in Climate Change (2007). In the luminous, delicately shaded photographs from Chasing Shadows (1996-2006), Mofokeng extends his chronicle of black South African spiritual life in his homage to the Motouleng Caves, where various groups gather for faith ceremonies. Culminating in the moving portrait of Ishmael, Mofokeng’s brother, who traveled to the caves while suffering from AIDS, Chasing Shadows embodies Mofokeng’s enduring photographic theme from the 1980s to today: the place of the individual in society, in history, and in the landscape.

In addition to his photographs, the exhibition also includes Mofokeng’s acclaimed project The Black Photo Album / Look at Me: 1890-1950 (1997), a slide show of late-nineteenth and early-twentieth century studio portraits. As a researcher for the University of the Witswatersrand in Johannesburg, Mofokeng collected and scanned elegant portraits originally commissioned by black South Africans. He transformed the images into slides, adding texts with biographical information and posing provocative questions about the nature of historical archives. The Black Photo Album was published by The Walther Collection, in collaboration with Santu Mofokeng and Lunetta Bartz, as a monograph in 2013 and has been presented throughout the world, most recently in Distance and Desire: Encounters with the African Archive at the collection’s museum in Neu-Ulm, Germany.

Santu Mofokeng was born in 1956 in Johannesburg, where he currently lives and works. A freelance photojournalist and member of the Afrapix Collective in the 1980s, Mofokeng won the Ernest Cole Scholarship to study at the International Center of Photography in 1991. Mofokeng’s photography has been featured in international exhibitions including Appropriated Landscapes at The Walther Collection, Neu-Ulm, Germany (2011) and The Rise and Fall of Apartheid: Photography and the Bureaucracy of Everyday Life at the International Center of Photography, New York (2012). His first retrospective, Chasing Shadows: Thirty Years of Photographic Essays, opened in 2011 at the Jeu de Paume, Paris, and traveled to Norway, Switzerland, Belgium, and South Africa. Mofokeng represented Germany at the 2013 Venice Biennale.