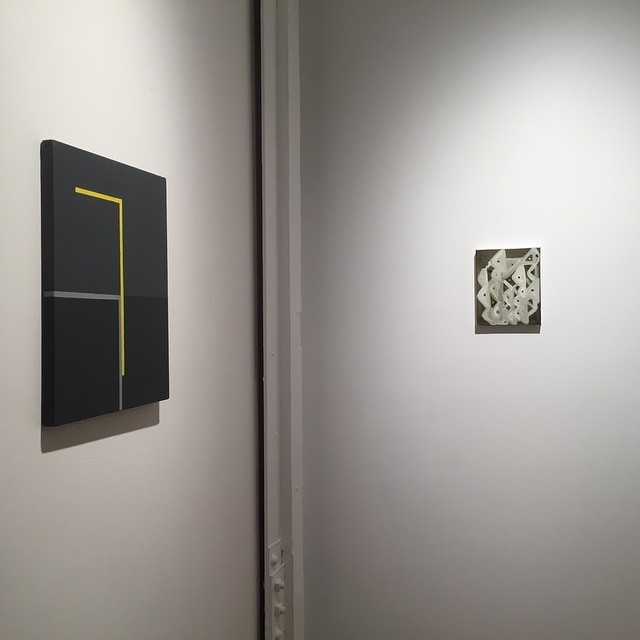 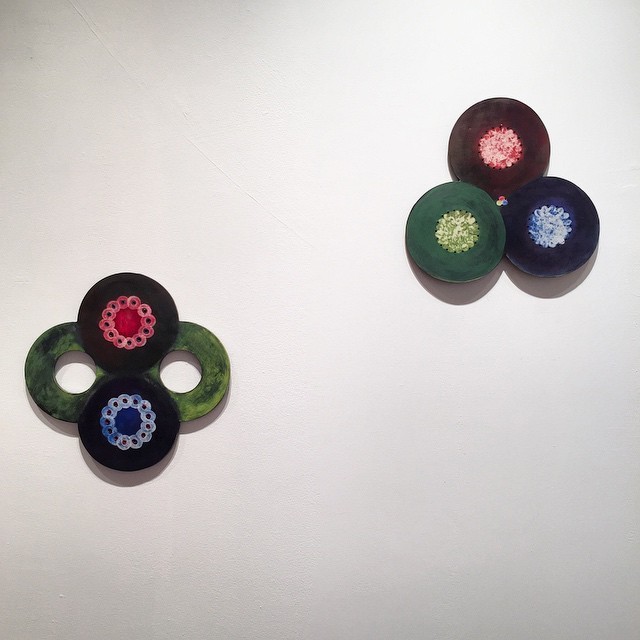 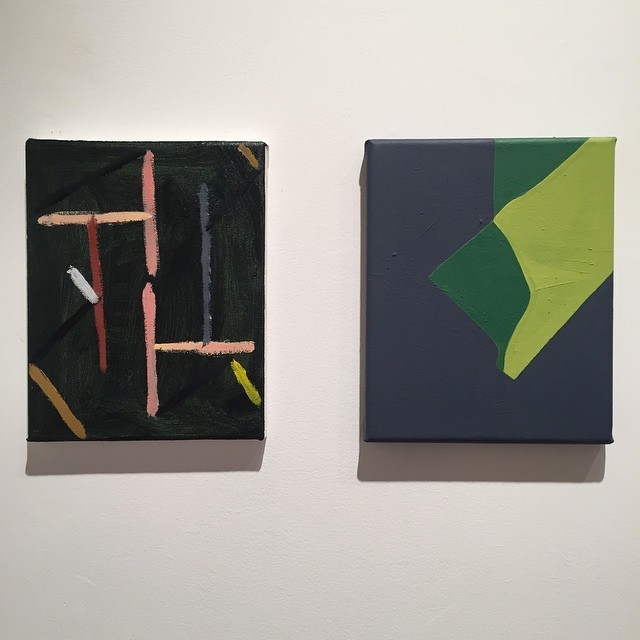 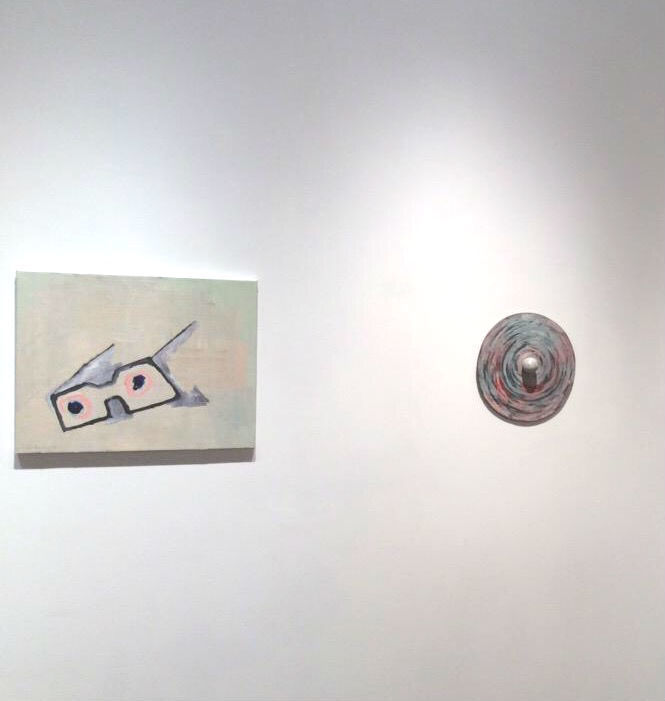 Theodore:Art is pleased to present VERNACULAR, a four-person exhibition of work composed of simple shapes that aggregate into subtle, complex two-dimensional creations.

After painting in upstate New York for more than a decade, Eric Brown recently moved his studio practice to New York City, where these new works were completed. He studied studio art at Vassar College, and his work will be the subject of an exhibition at the James W. Palmer III Gallery at Vassar College opening in late August. An exhibition catalogue with an appreciation by John Ashbery and an essay by Raphael Rubinstein will accompany the exhibition.

A painter and arts writer, Sharon Butler is widely known as the publisher of the influential art blog Two Coats of Paint, which was awarded a generous grant from the Creative Capital/Warhol Foundation Arts Writers Program last year. She is affiliated with the MFA programs at the Pennsylvania Academy of Fine Arts and the University of Connecticut, where she was also the 2014 Artist in Residence at Counterproof Press. Her work has been shown at various galleries, universities, museums, and art fairs throughout the country, including NADA New York, Theodore:Art, Pocket Utopia, Storefront Ten Eyck, Union College (Schenectady, NY), SEASON (Seattle, WA), George Lawson (San Francisco, CA), and Matteawan (Beacon, NY). As one of the inaugural participants in the Two Trees Cultural Space Subsidy Program, Butler maintains a studio in DUMBO overlooking the Manhattan Bridge.

Joyce Robins has had over 20 one-person shows of her artwork. Her work was the subject of a mid-career survey at the Rosenwald-Wolf Gallery of the University of the Arts, Philadelphia in 2013, and was also exhibited in Come Together, Surviving Sandy, Brooklyn (2013), John Davis Gallery (2012), the Biennale International de Vallauris in France; the Neiman Gallery of Columbia University, PS 1, Meulenstein Gallery, the New York Studio School, and the Jane Hartsook Gallery (all New York); David Weinberg Gallery, Chicago; Rebecca Ibel Gallery, Columbus, Ohio; and the Schoolhouse Center, Provincetown, MA. In addition her work has been seen in many group shows at galleries and museums, including, The National Academy of Design, Lesley Heller Gallery, Edward Thorp Gallery (both New York), Rubicon Gallery (Dublin), The Brooklyn Museum, The Gasworks (London), The Delaware Art Museum, Vassar College Art Gallery, Pierogi Gallery, Pewabic Pottery (Detroit) and the Lennon Weinberg Gallery. Robins work has been written about in The New York Times, Art in America, Artforum, The Brooklyn Rail, The Village Voice, The Nation, The New York Observer, The Philadelphia Inquirer and American Ceramics.

Andrew Seto studied Law at the University of Birmingham (LLB 1987), Foundation Course in Art and Design at Central Saint Martins College of Art and Design, London (1988), Fine Art at the Slade School, University College London (BA 1992), UK, EU and US Law of Copyright at Kings College London (PG Dip 2001) and Enterprise and Management for the Creative Arts at the University of the Arts London (MA 2007). At the Slade he won the Coldstream Prize and a scholarship to the New York Studio School of Drawing, Painting and Sculpture (1990-91). His most recent solo exhibition was at Galerie Vidal Saint Phalle in Paris (2015), and has had solo shows at Theodore:Art, Brooklyn and Charlie Dutton Gallery (both 2013). He has been selected for numerous group shows including The Whitechapel Open (Whitechapel Gallery, London, 1994), Three (Theodore:Art, New York, 2011), SV12 (Studio Voltaire, London, 2012), There Are No Giants Upstairs (Theodore:Art, New York, 2012) and The Creekside Open (APT Gallery, London, 2013). Seto was shortlisted for The Jerwood Drawing Prize (2010), The John Moores Painting Prize (2012) and The Marmite Prize for Painting IV (2013). He is the recipient of the solo show award from The Crash Open Salon at Charlie Dutton Gallery, London (2013).