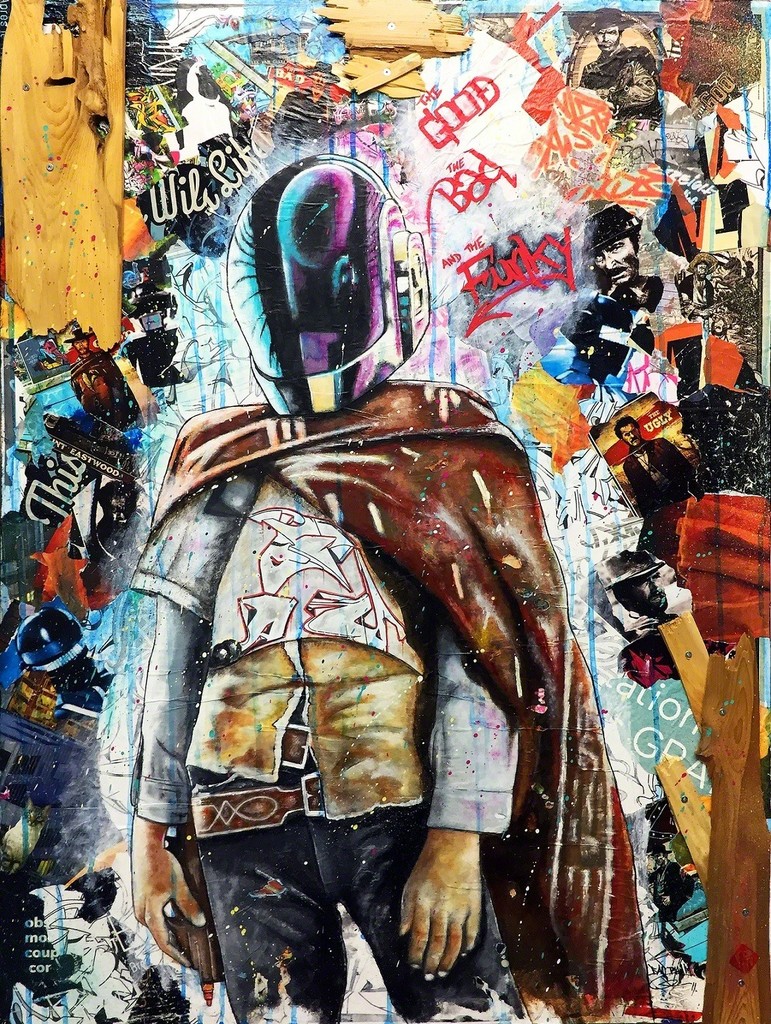 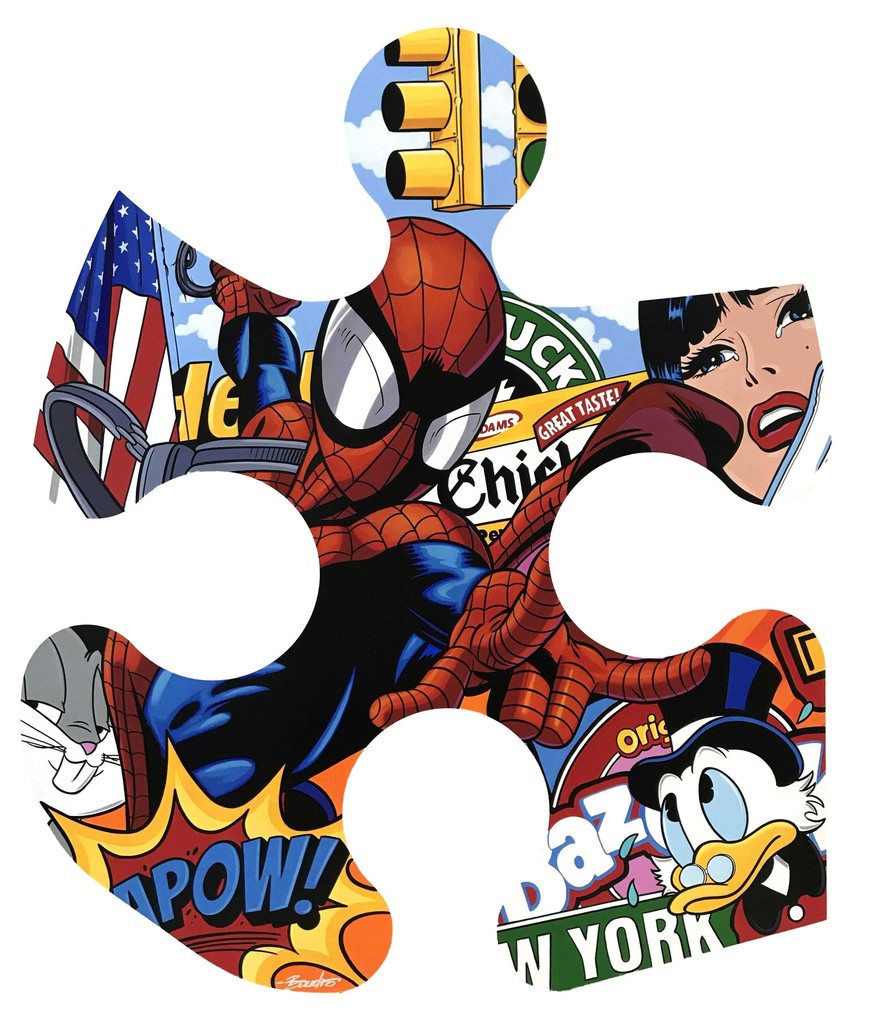 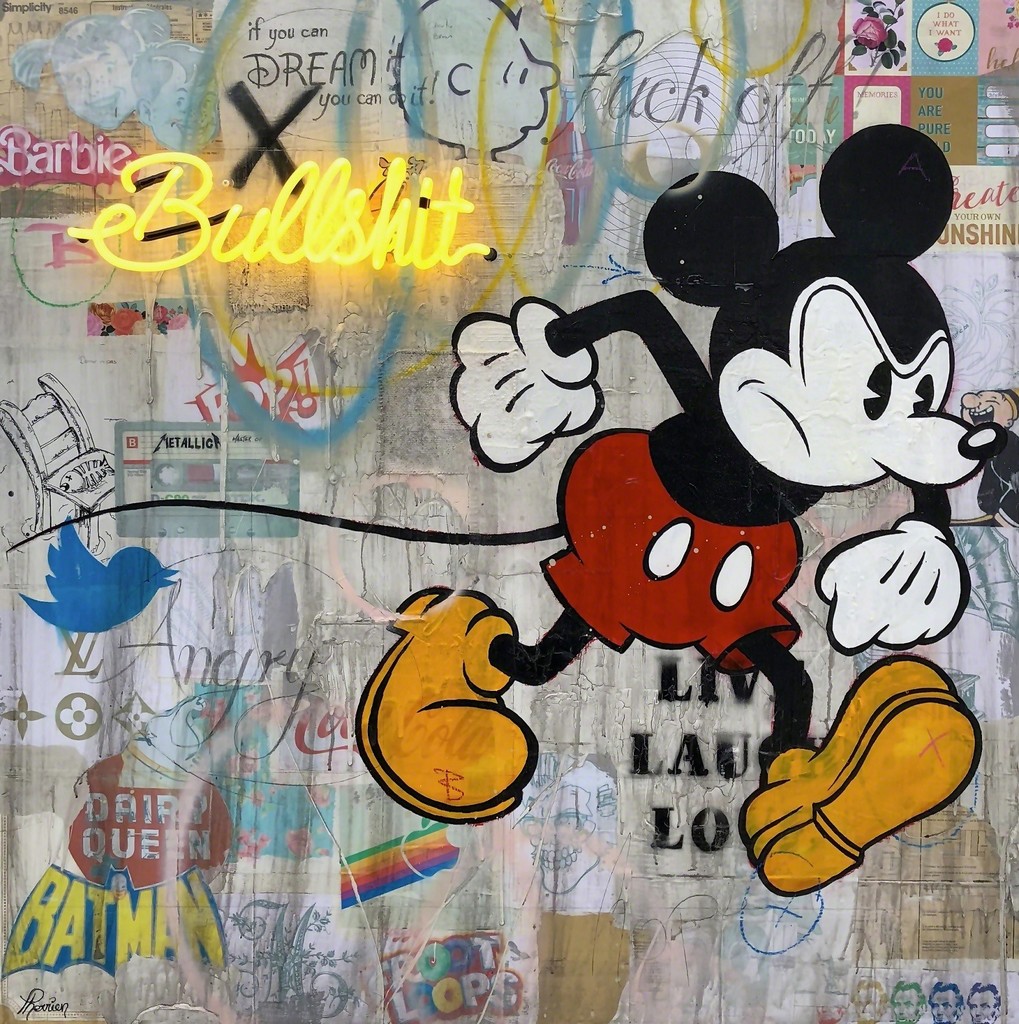 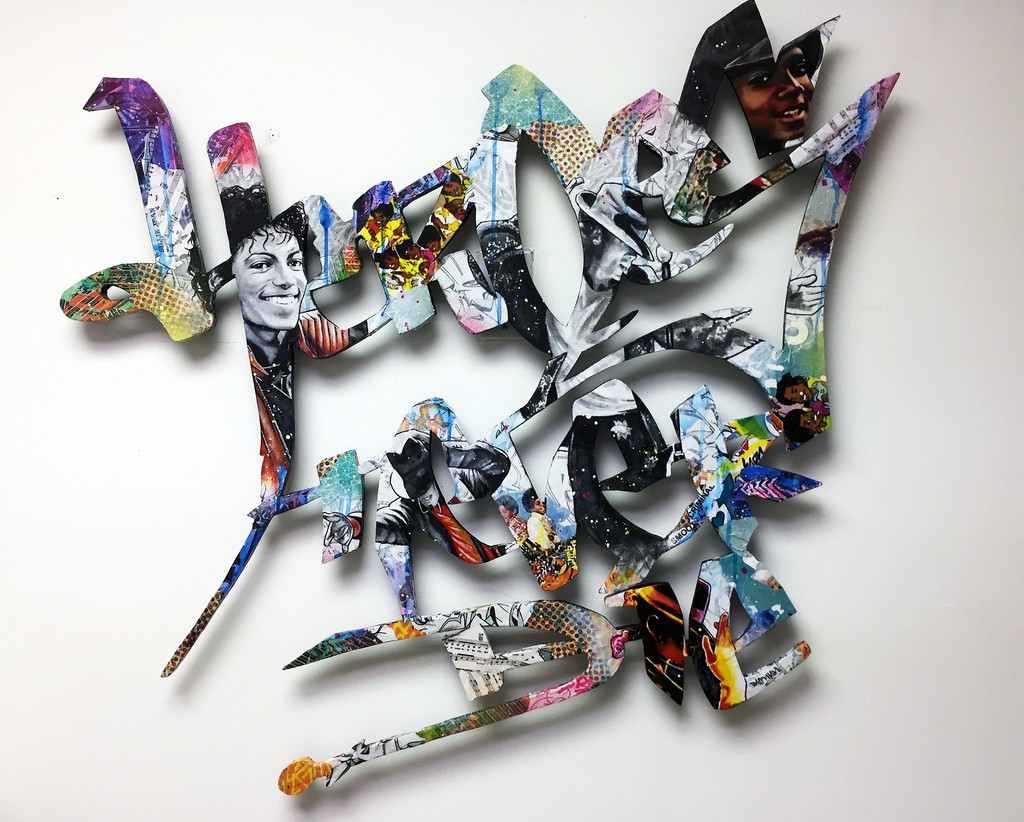 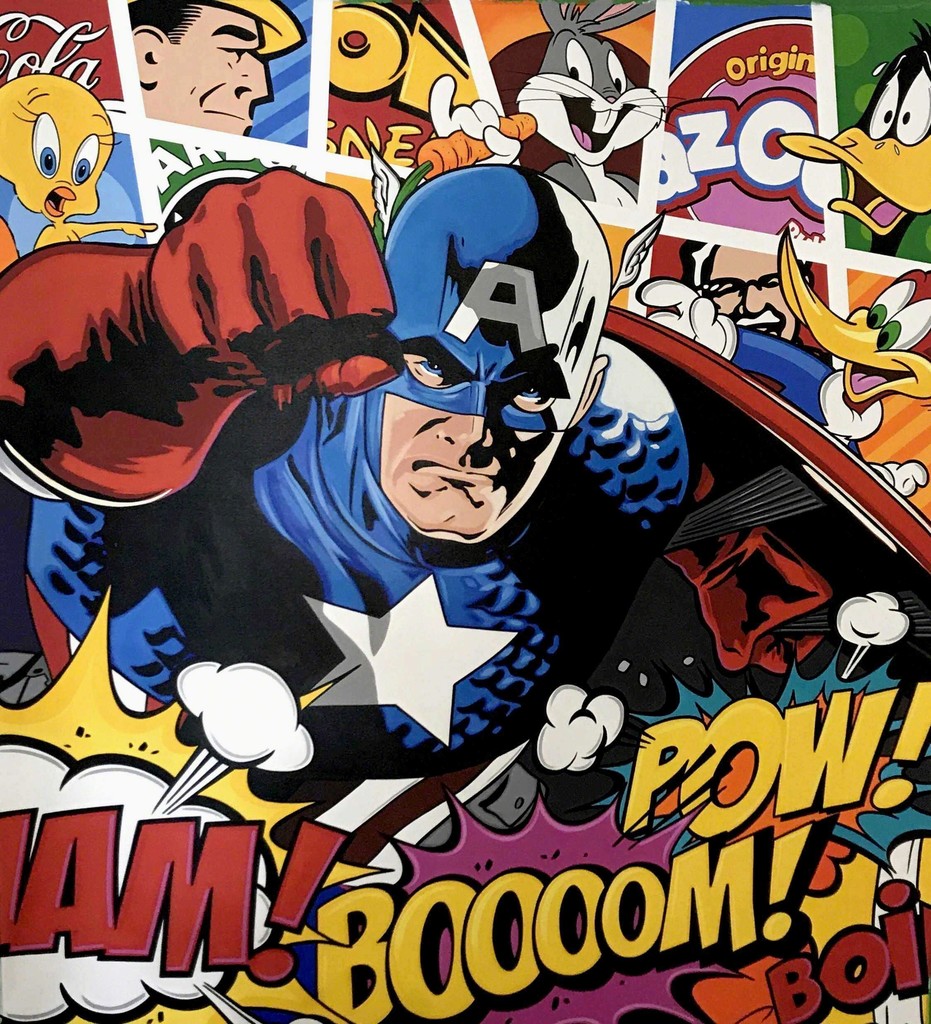 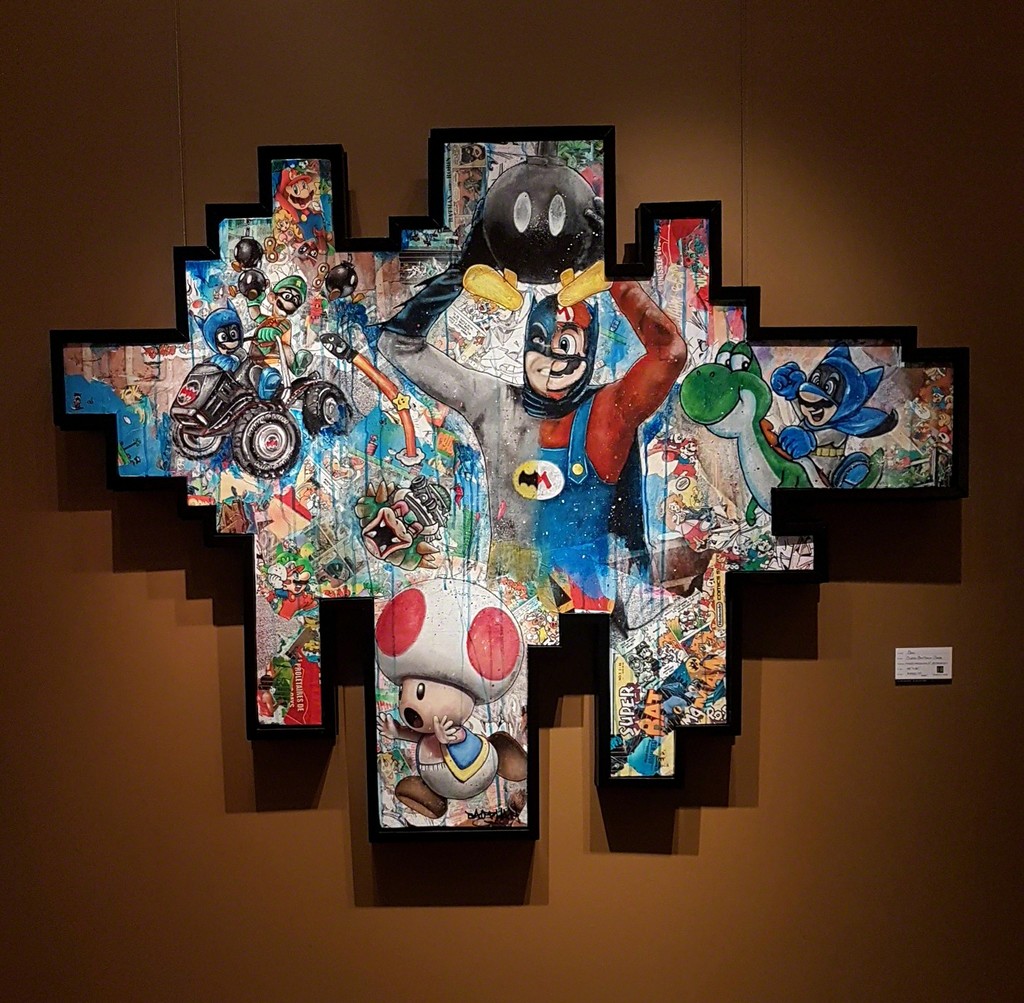 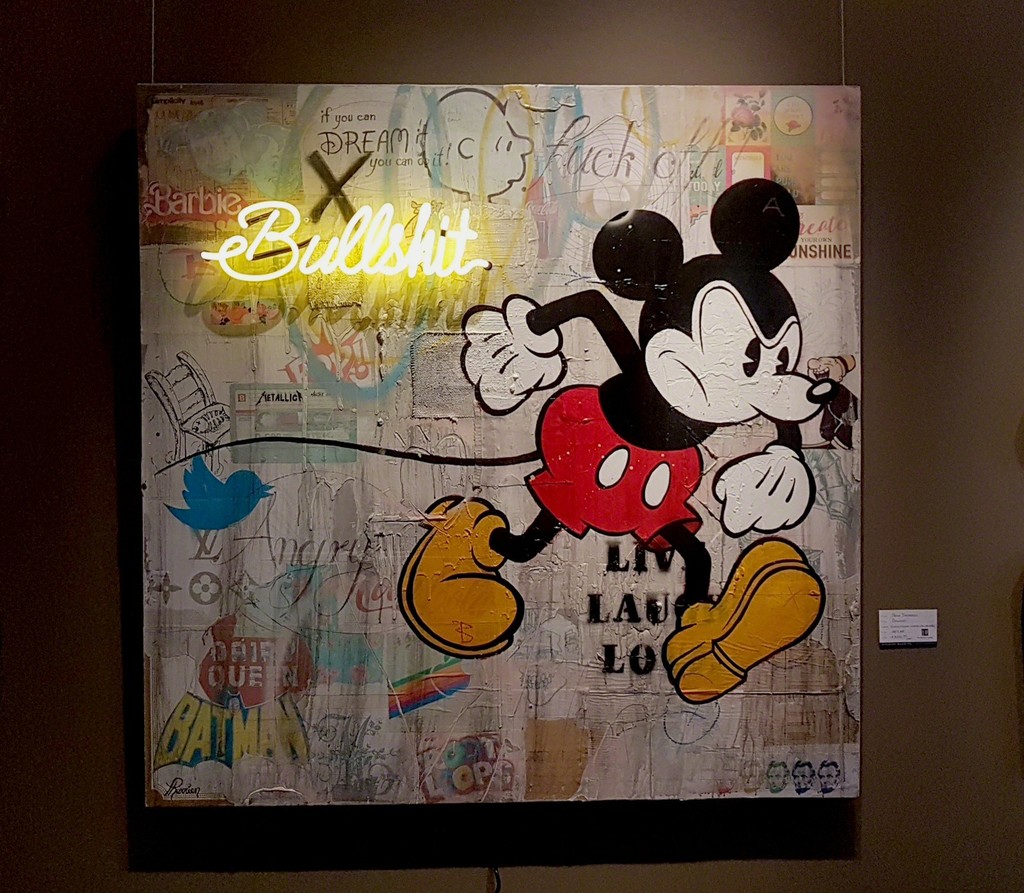 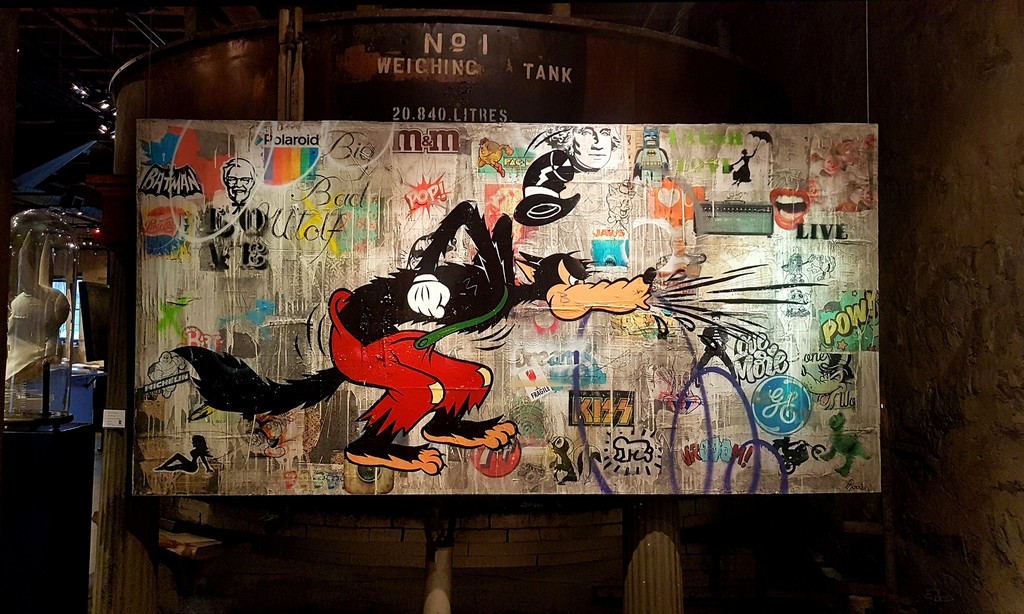 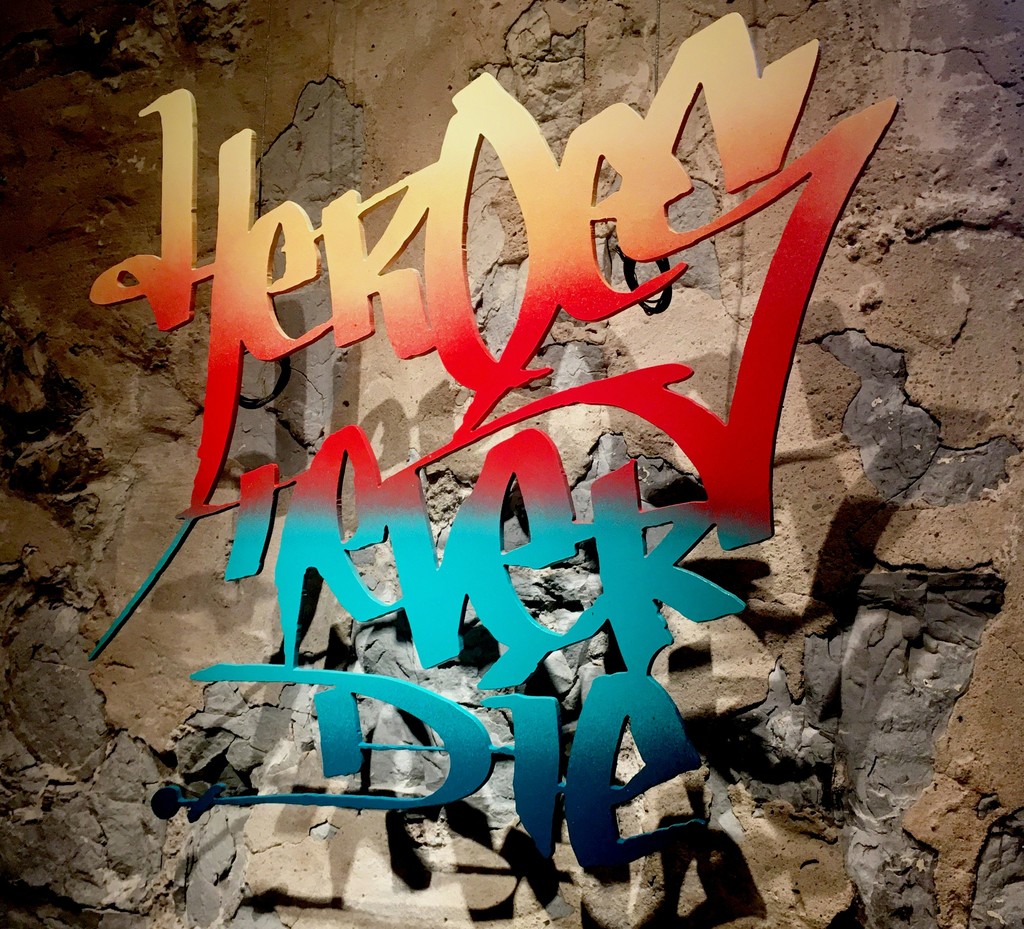 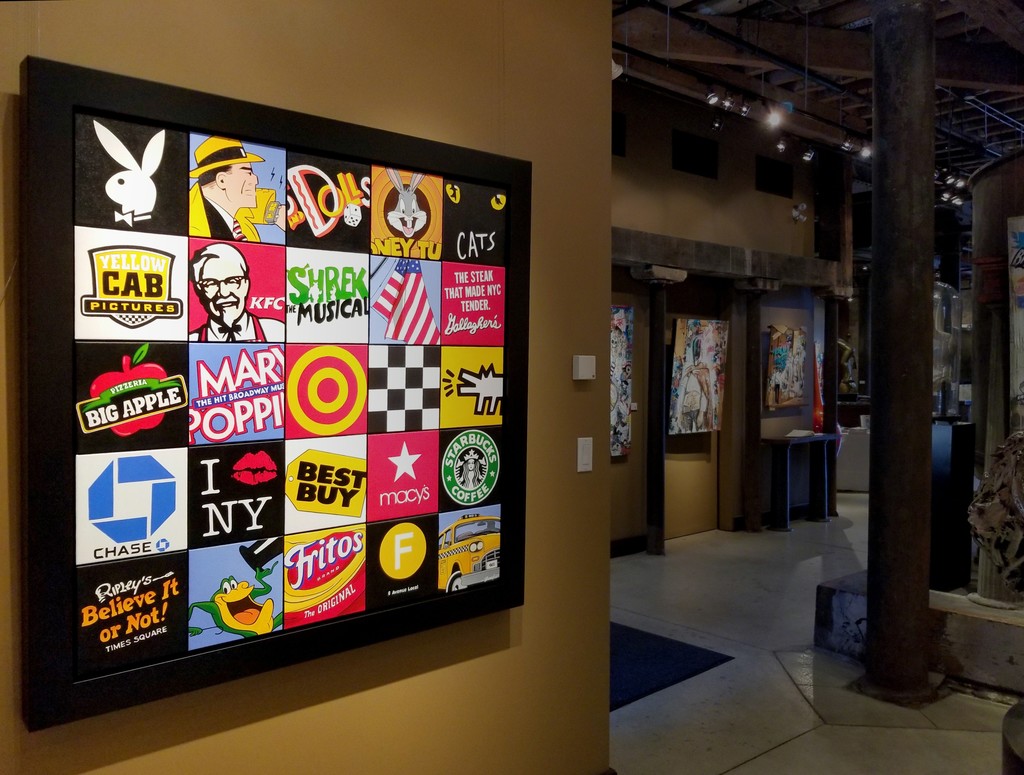 Thompson Landry Gallery is thrilled to present JUST FOR FUN!, an urban pop art exhibition that features the playful work of Bao, Boudro and Rock Therrien, running from May 17th–June 3rd, 2018 in the Stone Distillery Gallery. This exhibition will highlight the work of three leading urban pop artists to explore the development and innovation of pop, urban and street art coming out of Québec. All three artists have been deeply influenced by the characters, narratives and imagery of popular culture including: silent film stars, classic musicians, movie, cartoon and comic book icons and present day advertising. Each artist creates a unique interpretation of these nostalgic and
contemporary icons through three vastly different bodies of work. JUST FOR FUN! invites you to consider the impact
that the comical, villainous and heroic characters have had, and continue to have, on contemporary culture.

Bao joined the gallery’s roster several months ago but is already pushing the limits of his own creative boundaries by incorporating sculpture, metal cuts and found objects into his practice. This emerging urban pop artist combines popular culture images and characters to create new narratives, revealing the intersections of films, comic books, television programs and popular music. Bao incorporates a cross section of different genres in his work, highlighting the parallels, differences and patterns of pop culture across every generation. Bao began his artistic career in 1995, when he moved to Montreal and discovered the citys unrestrained street art scene. Adorning the urban landscape with his own unique brand of graffiti, Bao wanted to create an engaging universe of motion and contrast—one that is constantly in flux. From his street art background, Bao decided to translate his expression onto canvas. The artists creative process begins with collage, which incorporates the use of street posters, vintage comic books, music sheets and magazine clippings that are wheat pasted onto either canvas or board. His figurative subjects are then painted on top of the collage with a mixture of acrylic paint, paint markers and spray paint. The application of acrylic paint is consciously superimposed with several layers of colour to create a sense of profound depth and perspectival separation.

Boudro makes his debut on the Thompson Landry Gallery roster with this exhibition. The artist creates work that is energetic and vibrant, reflecting the restless lifestyle and feverish atmosphere that is a staple of the Big Apple. Born in
Sept-Iles, Québec, and now living and working in Montréal, Boudro still considers himself a true New Yorker at heart. The city’s enigmatic charm overtook the artist at a young age and has continued to act as an endless source of inspiration. In his pursuit to accurately capture the constant unrest of a busy city life, Boudro describes his trajectory as “an urban ballet under the crushing weight of advertising.” Throughout Boudro’s career, which spans over 30 years, his artistic roots have been firmly planted in pop art. Taking inspiration from the great fellowship of pop art’s history (i.e. Andy Warhol, Keith Haring, Roy Lichtenstein and James Rosenquist), Boudro’s exacting style deliberately marries a pop aesthetic with illustrative and graphic foundations. This confluence is achieved through the artist’s use of unexpected juxtapositions, fantastical, dreamlike compositions and a sardonic sense of humor. He looks to romanticize the mundane, reinvent the familiar, and to electrify and charge those who stop and stare.

Drawing inspiration from childhood memories and theimaginary landscape of popular cartoons, Rock Therrien’s art
practice is deeply rooted in the notion of interaction. While the artist has been painting for over two decades, he is constantly reinventing his work; this can be seen through the incorporation of three dimensional objects, functional neon writing, and threedimensional illusions (referencing 1950s stereoscopic films that repeat images several times in different colours to give the illusion of objects being three dimensional). Rock Therrien`s method of production makes a deliberate nod to urban, street and pop art. Layering image upon image to replicate pasted street art, some images—visible underneath other images—act as a pop art palimpsest, layering paint and texture to give the works a tactile quality that engages all of the senses. Therrien likes to leave traces of his layering technique, enabling the viewer to catch a glimpse of his tedious work.