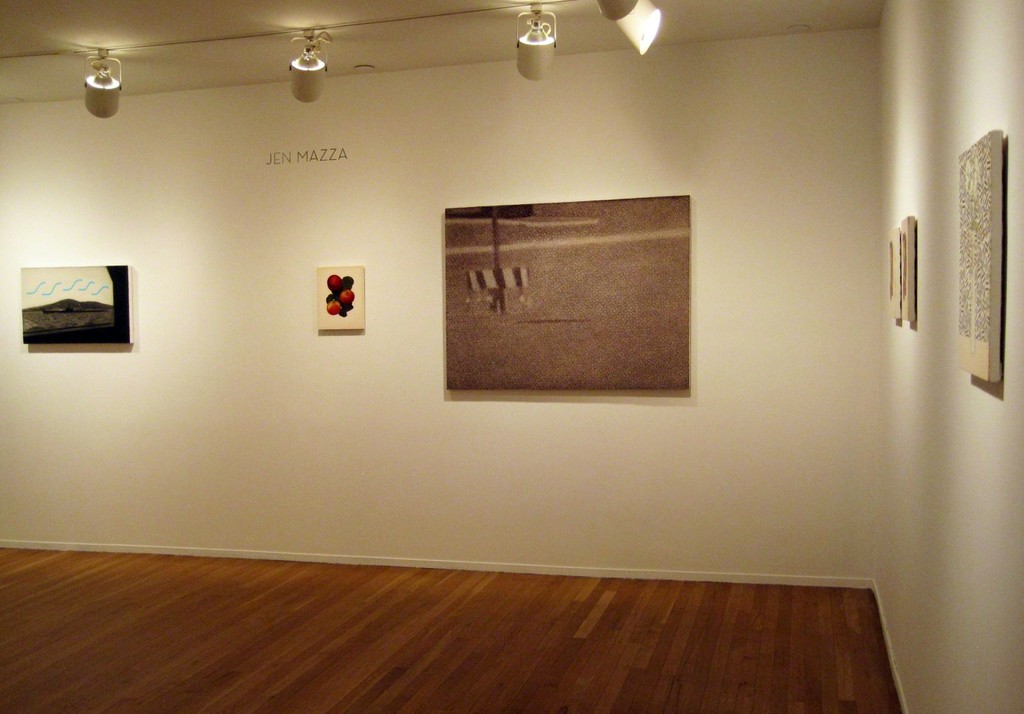 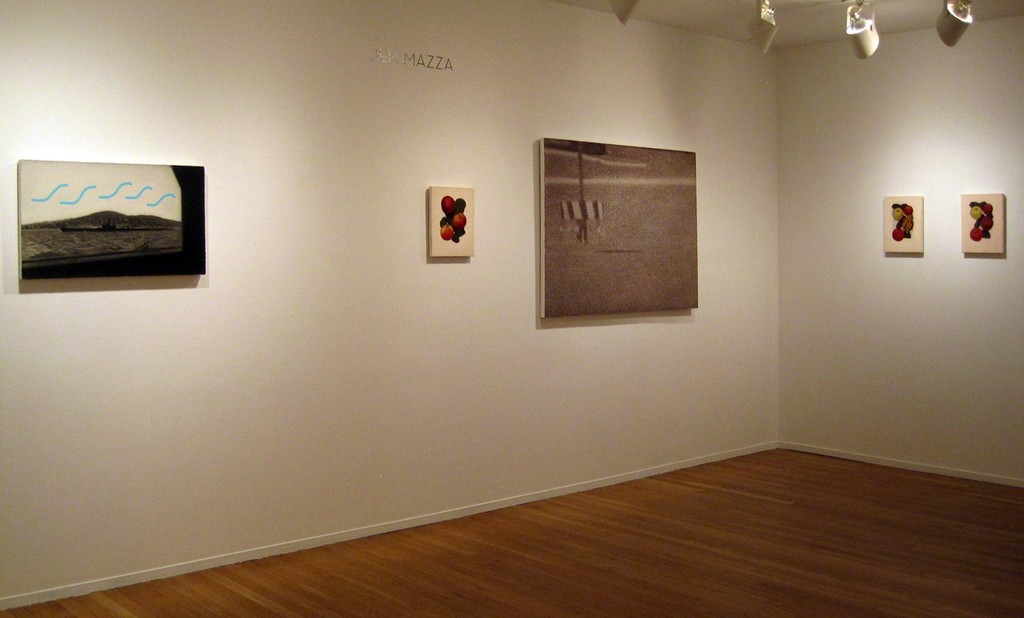 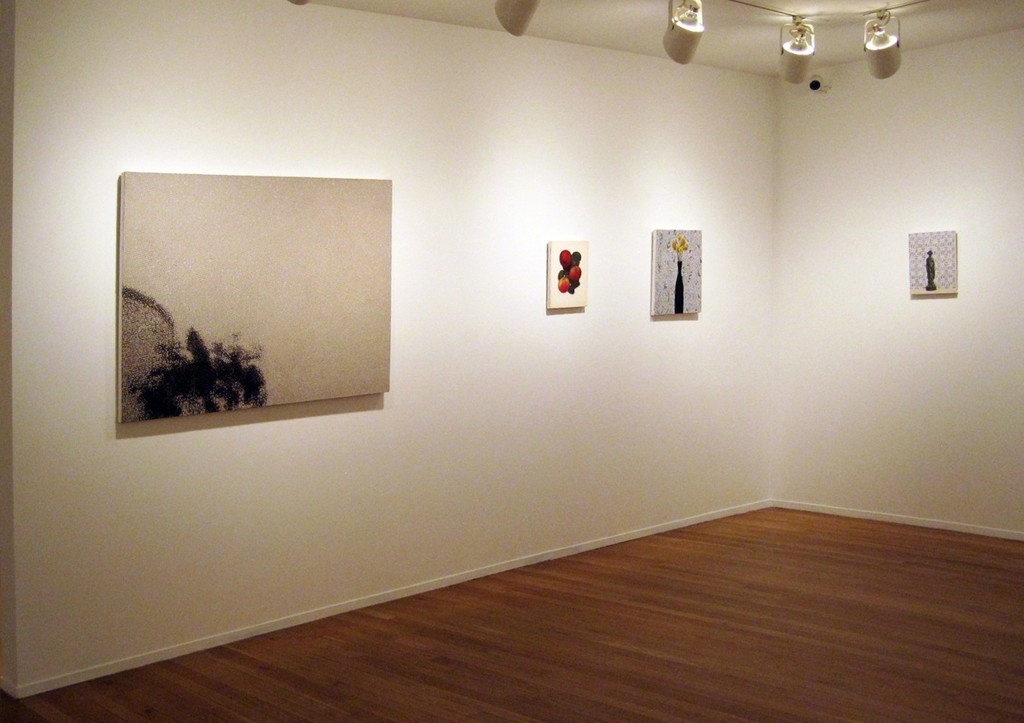 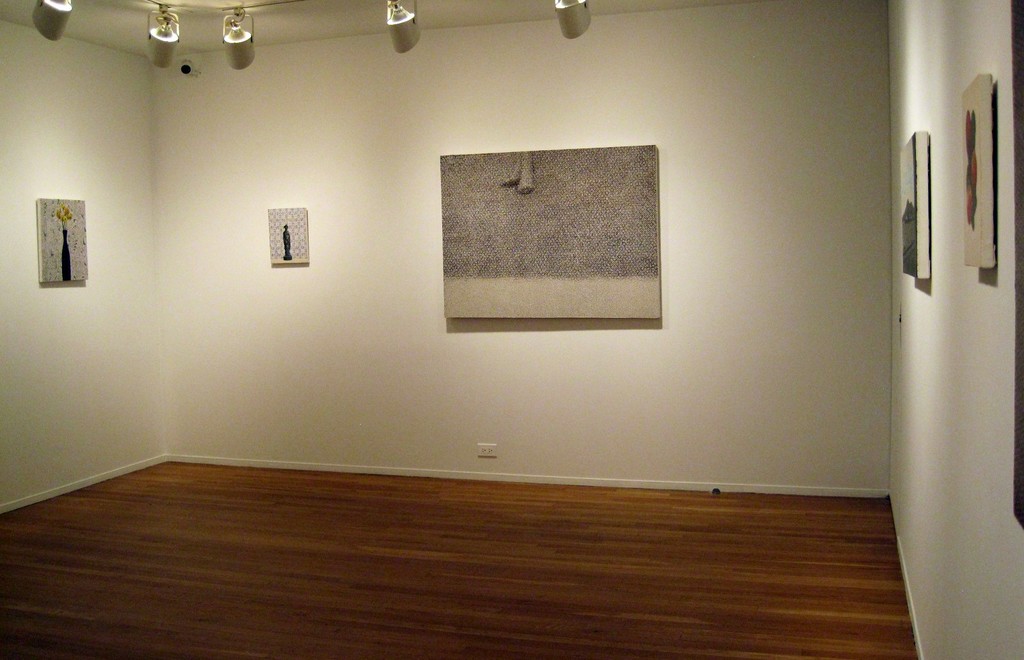 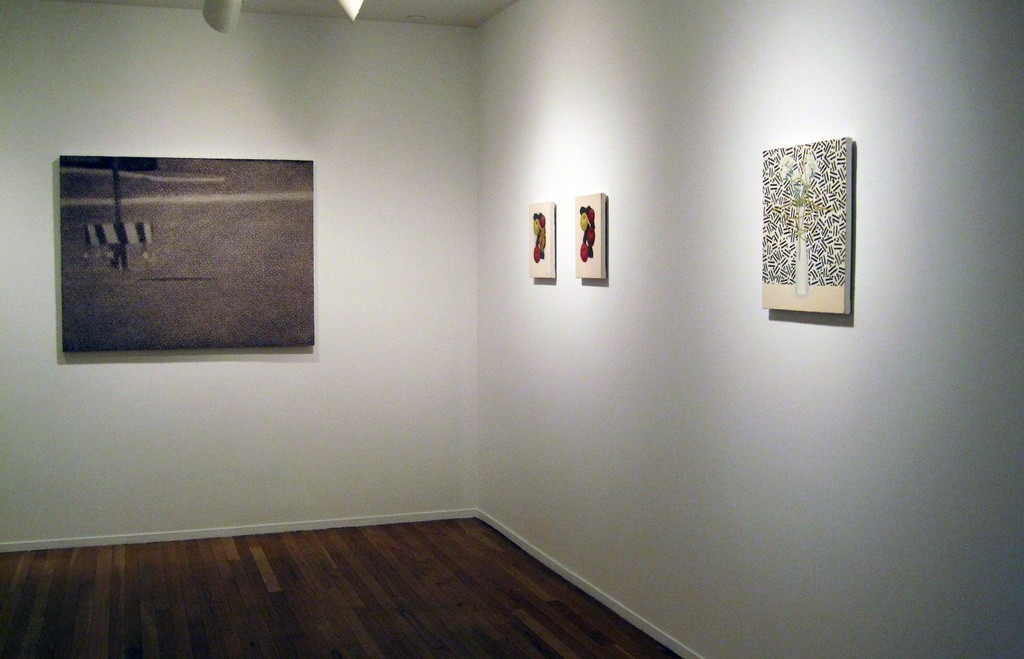 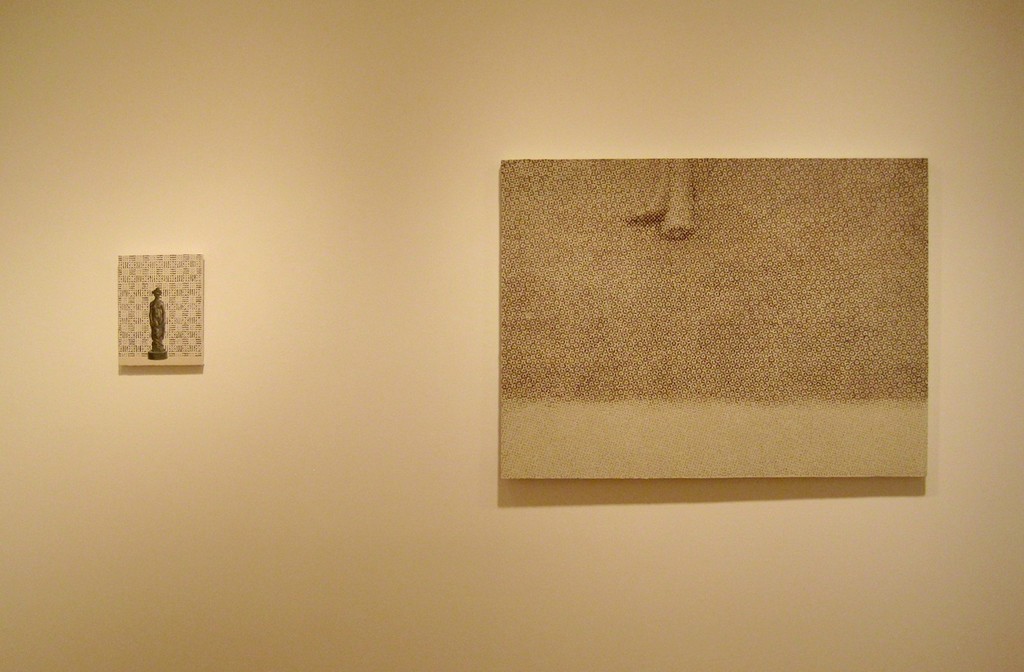 The gallery is pleased to present its second exhibition by the artist. It will comprise three large oil paintings that take as their source digital printing, which the artist has blown-up in scale. There will also be a selection of smaller works. The paintings engage in a conversation between the digital/machine-made and the artist-made, and the particular conventions and inventions possible to each form and between forms. There is a dualism between the hand and the machine: the digital origins of the Blow-up paintings, the utility patterns turned wall-paper, the printed postcard of flowers with the arbitrary scribble.

Mazza was born in 1972 in Washington, D.C. She received her B.A. degree in Visual Art and Spanish Literature from Mary Washington College in Fredericksburg, Virginia (1994), and an M.F.A. degree in Visual Art from Mason Gross School of the Arts at Rutgers University (2001). Her work has been exhibited at a one-person show at the Jersey City Museum, and her first solo show in New York was at Stephan Stoyanov Gallery in 2012. Significant awards include residencies at Yaddo (2005) and the Virginia Center for the Creative Arts (2004, 2005, 2006). Mazza teaches at Parsons The New School of Design.