Timothy Taylor Gallery is delighted to announce its second solo exhibition by British artist Lucy Williams, known for redefining the concept of collage through her intricate, mixed media bas-reliefs of unpopulated mid-century Modernist architecture. In a new departure for the artist, Pavilion presents 16 spectacular new works within a striking modular structure variously inspired by architects and designers such as Walter Gropius, Marcel Breuer and Manfred Lehmbruck. Williams has softened the original references by rendering the grid structure in soft wood with peg-board inserts, reminiscent of contemporary children’s furniture and suggesting a more homespun aesthetic. The centerpiece of the exhibition, and the work that most graphically describes the nature of Williams’s practice, is an almost three metre wide collage depicting Jean Dubuisson’s apartment complex in Maine-Montparnasse, turned into an intricately-woven frieze running the full width of the work. Using nothing more than thousands of individually cut fragments of paper and card, Williams has translated this iconic example of what many describe as brutalist architecture, into a delightful, colourful and ultimately celebratory object. Williams’s work has an almost redemptive quality - her painstaking and meticulous handiwork re-investing these often unloved structures with something of the idealism, freshness and beauty that the architects originally planned. Other collages also feature patterning from mosaics, tessellations and modular structures such as City Hall, 2011 and Seagram Building, 2012. In the latter, the façade is reduced to an almost abstract orange and grey grid, interrupted by the precisely cut wooden slatted blinds and assiduously realized plants in the offices within. Rigid and dramatic cropping of the views of these utopian structures amplifies their disconcerting stasis and inherent contradictions: void of human presence their hand-made construction by Williams nevertheless makes them soulful and reinvigorating. Other scenes and sources originate from architects and designers who created their own softened versions of modernism, such as The Sonneveld House, a family home built by architects Brinkman and Van der Vlugt in 1933 in Rotterdam, or Eric Lyons’s 1950s Parkleys, part of the Span Housing scheme at Ham Common in London. In these works Williams revels in a range of different materials: perspex for windows, cast jesmonite for bricks, various veneers and acetates for wooden and glass structures, and even embroidered cross-stitch skies, all of which underline and celebrate the loving attention to detail and materials used in the originals. Born in Oxford in 1972, Williams studied at Glasgow School of Fine Art before obtaining a Postgraduate Diploma in Fine Art at the Royal Academy in 2003. She has exhibited internationally with solo shows including Beneath a woollen sky, Timothy Taylor Gallery, London (2007) and Glass Houses, The Day the Earth Stood Still and Stranger than Paradise, at McKee Gallery, New York (2010, 2006 and 2004 respectively). Group shows have included Building Blocks: Contemporary Works from the Collection, Museum of Art, Rhode Island School of Design, Providence, Rhode Island (2011), Painting the Glass House: Artists Revisit Modern Architecture, The Aldrich Contemporary Art Museum, Ridgefield, Connecticut (2008), and Out of Line: Drawings from the Collection of Sherry and Joel Mallin, Herbert F. Johnson Museum, Cornell University, New York (2006). Williams lives and works in London. 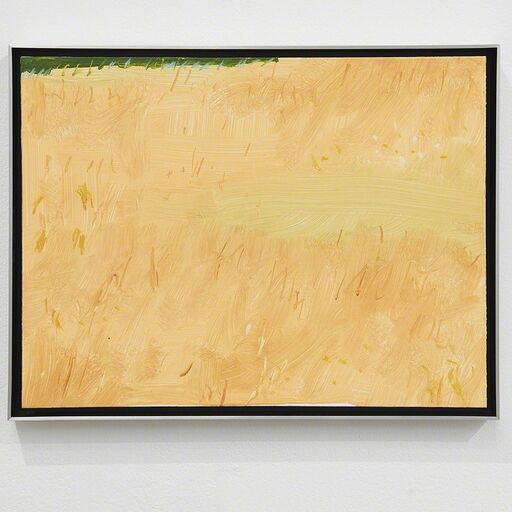 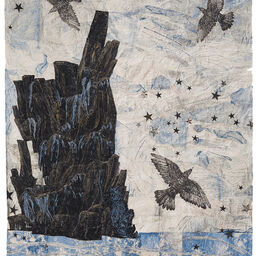 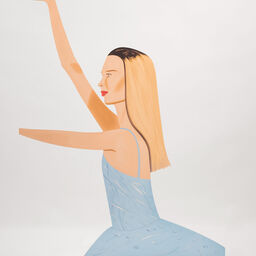