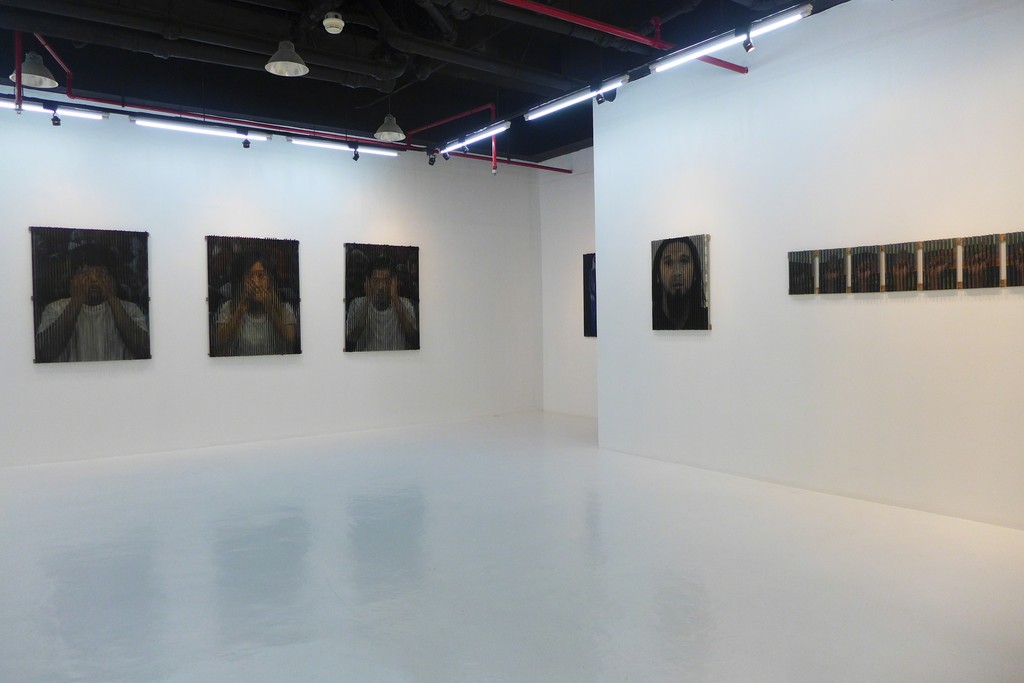 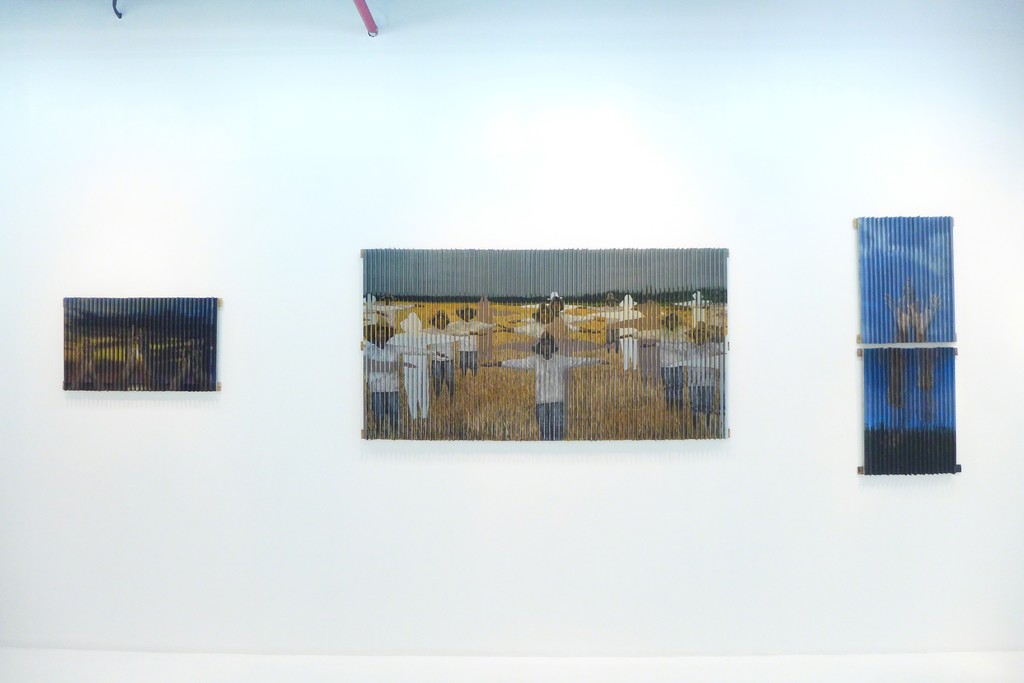 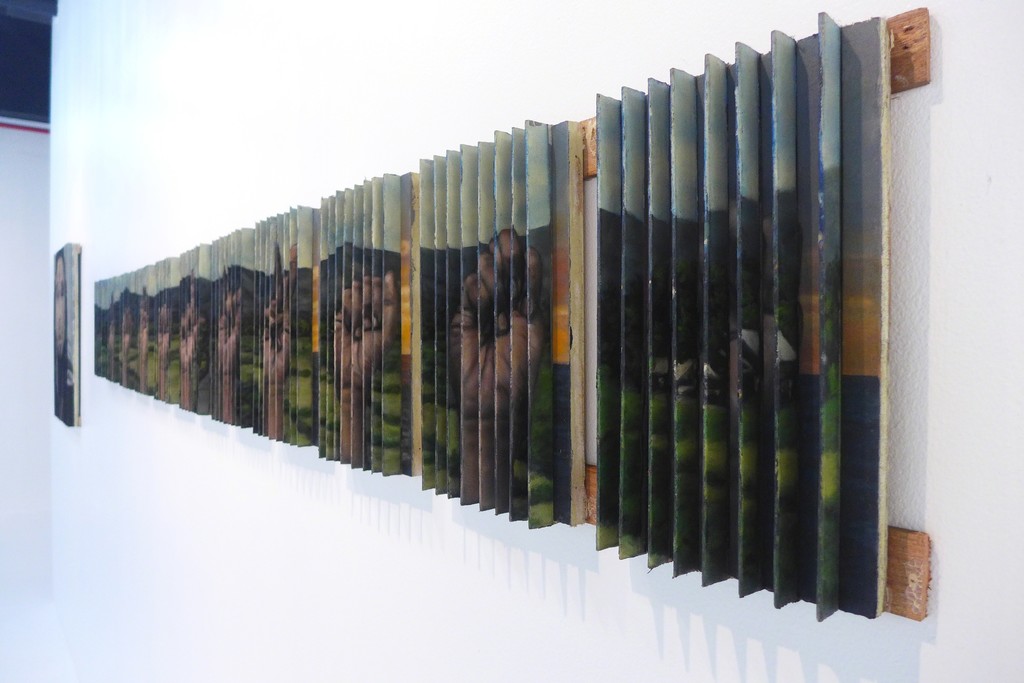 Kirby Roxas consistently articulates narratives on how destiny unfolds in his body of works. ‘Rattling of Shutters’ debuts a new series, moving around more arcane images of the paradox that is the indeterminate order of fate. While his older series present a causal sequence of the individual’s place in society, these new works instead open up opportunities in which destiny can veer off from what is expected as one preordained chronology. He introduces allegories that break that linear telling but provides imagery of gesture that hints at what life can possibly offer, like the rattling of shutters.

As with Roxas’s overall practice to play with the flat image, ‘Rattling of Shutters’ is wrought in anamorphic device. The series compels a viewing that requires us a motion from one end to the other of what we perceive as a two-dimensional surface. It is in such technologies that the artist is identified with. Like fate, a certain containment in painting does not limit existence as that shifts according to where and how one considers it.

Kirby Roxas's solo exhibition, 'Rattling of Shutters' runs from 23 May to 12 June 2015 at Tin-aw Art Gallery. It is located at the Upper Ground Floor of Somerset Olympia Building, Makati Avenue, Makati City. For inquiries, please contact [email protected] or + 63 2 8927522.