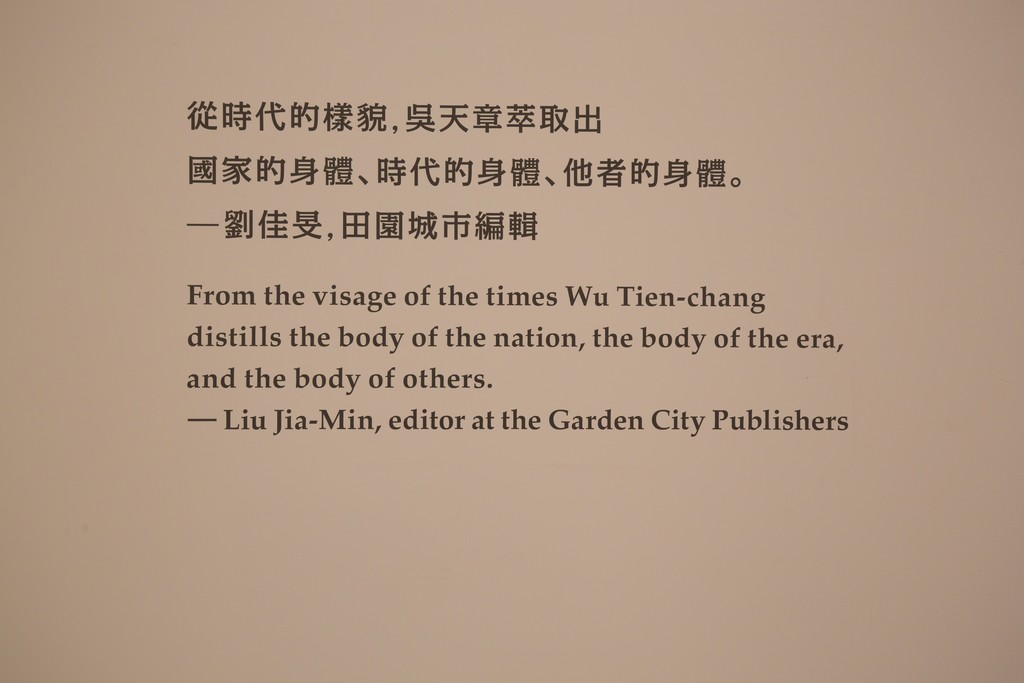 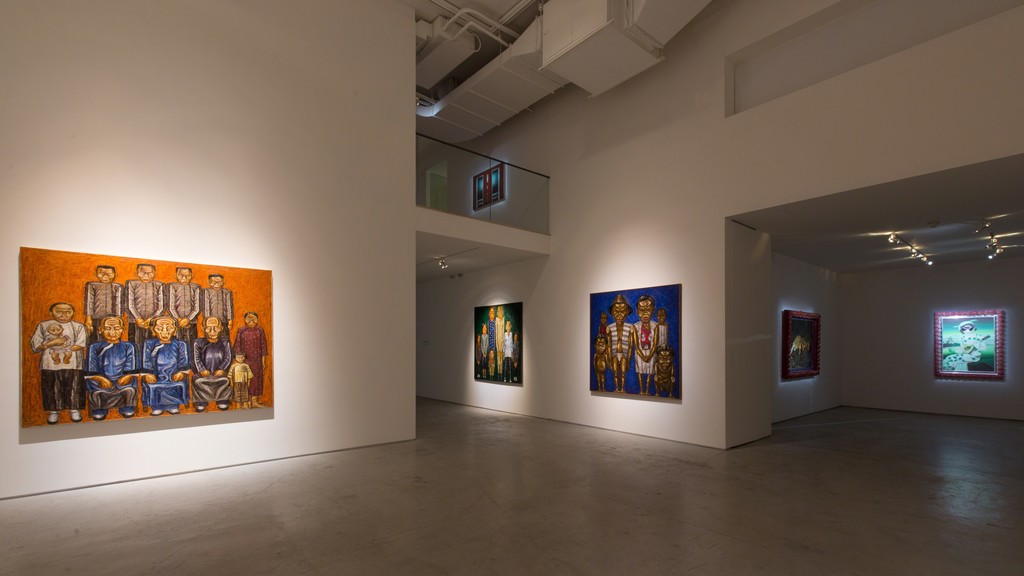 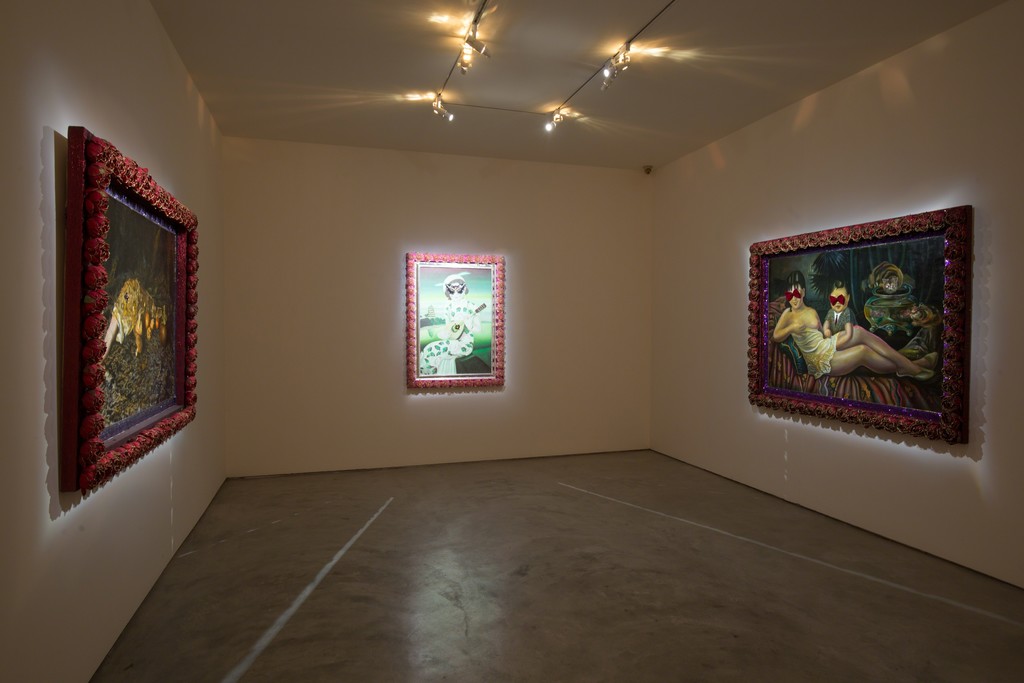 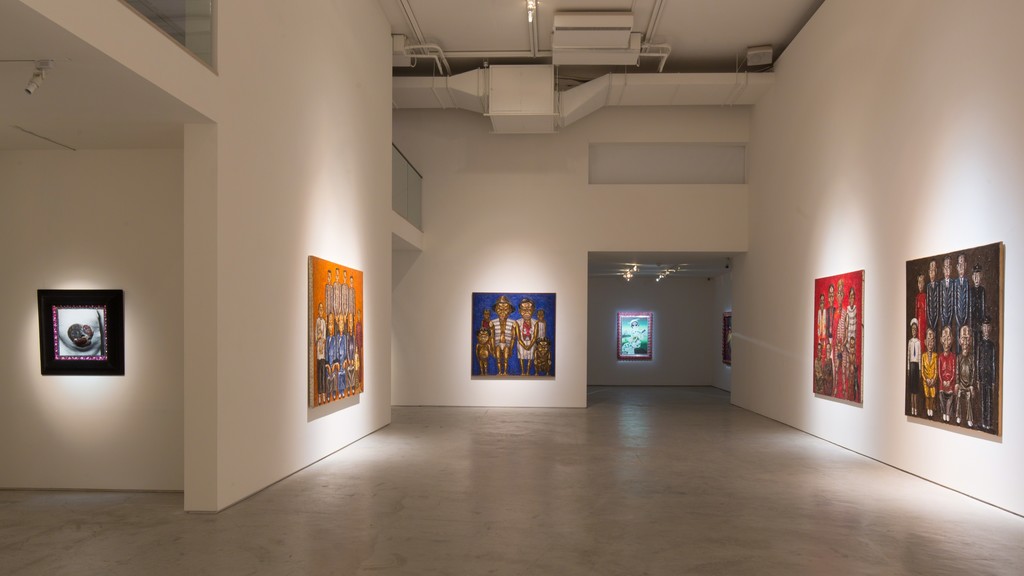 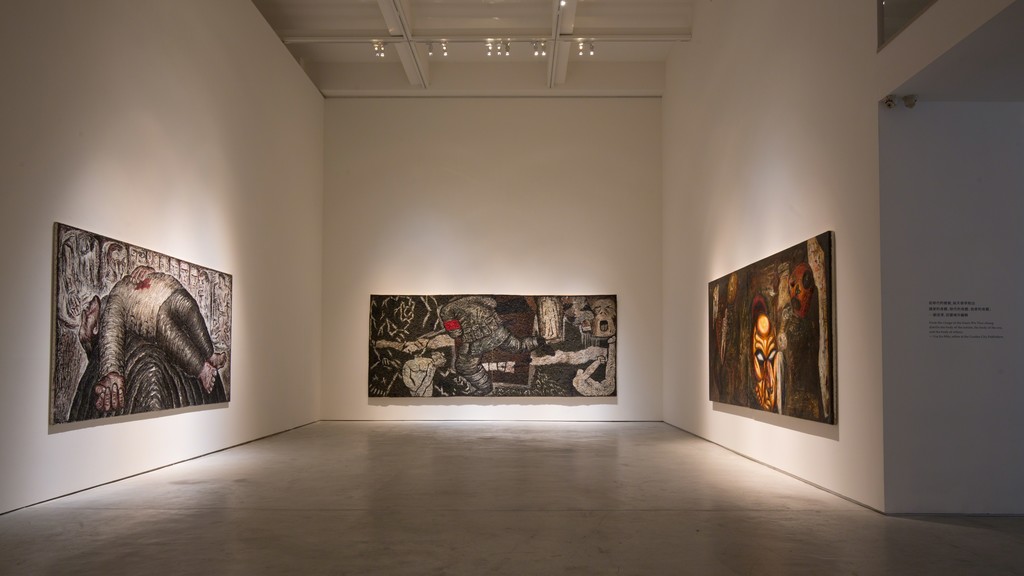 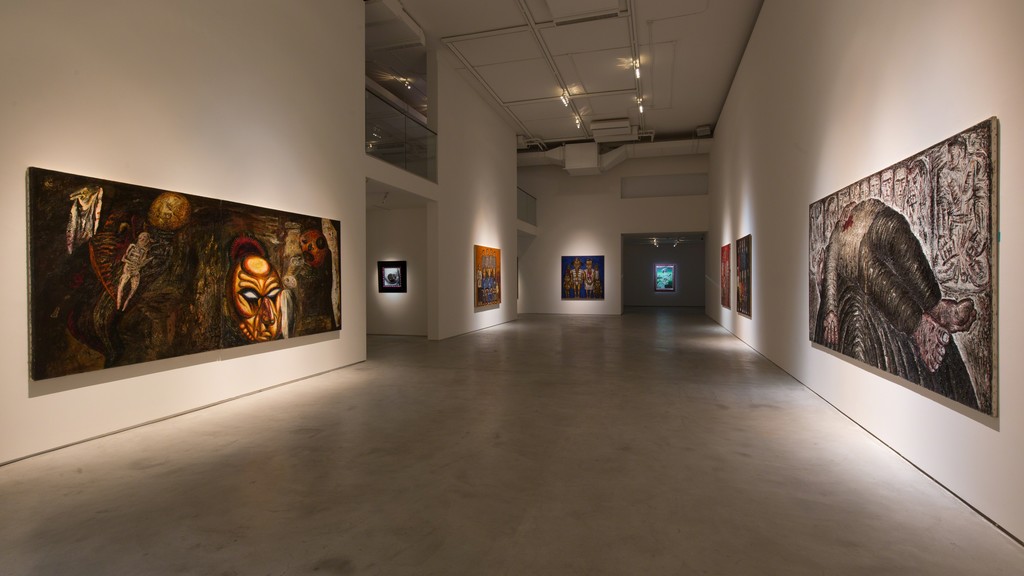 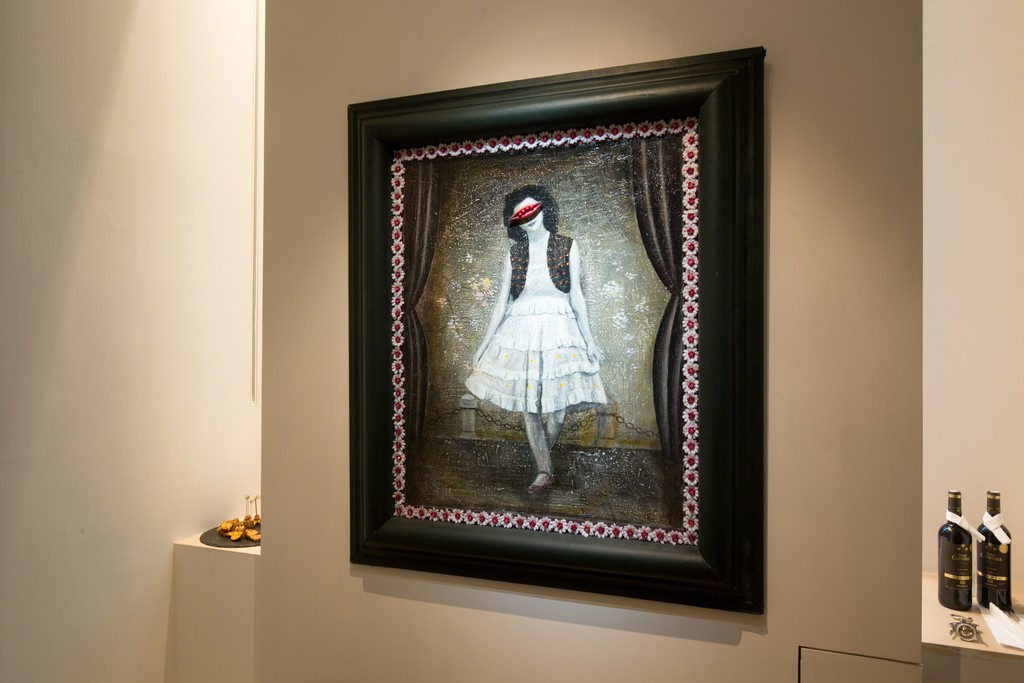 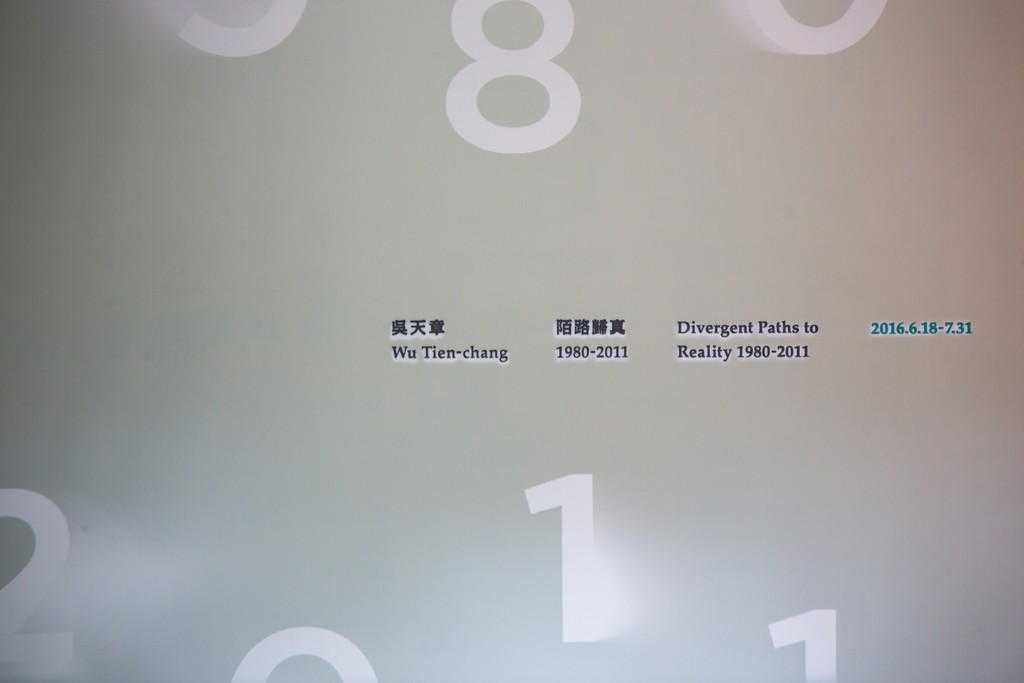 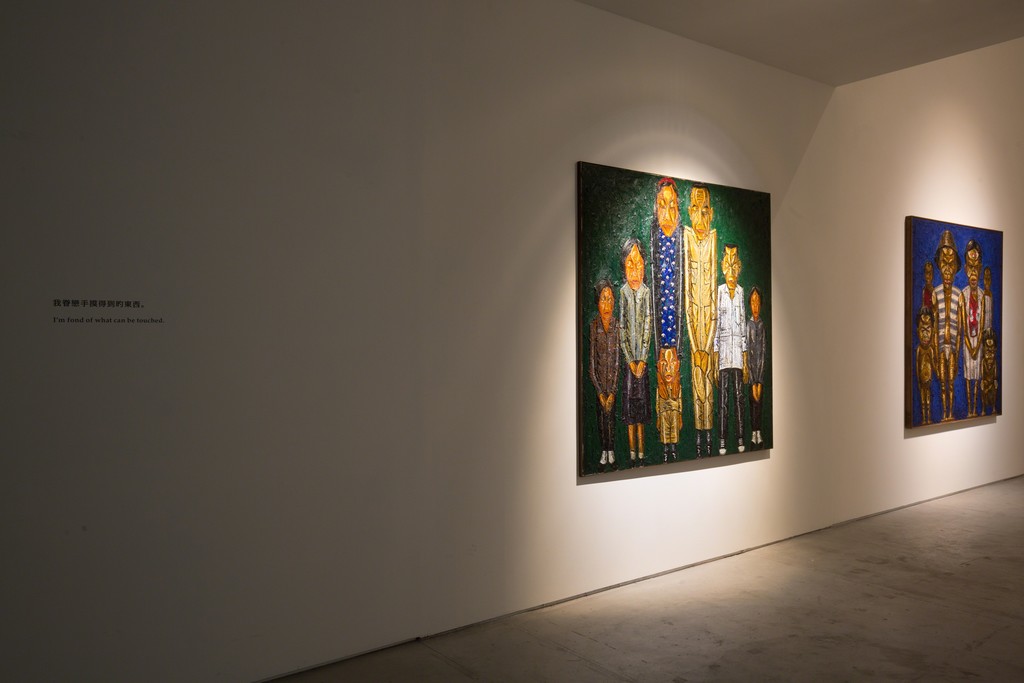 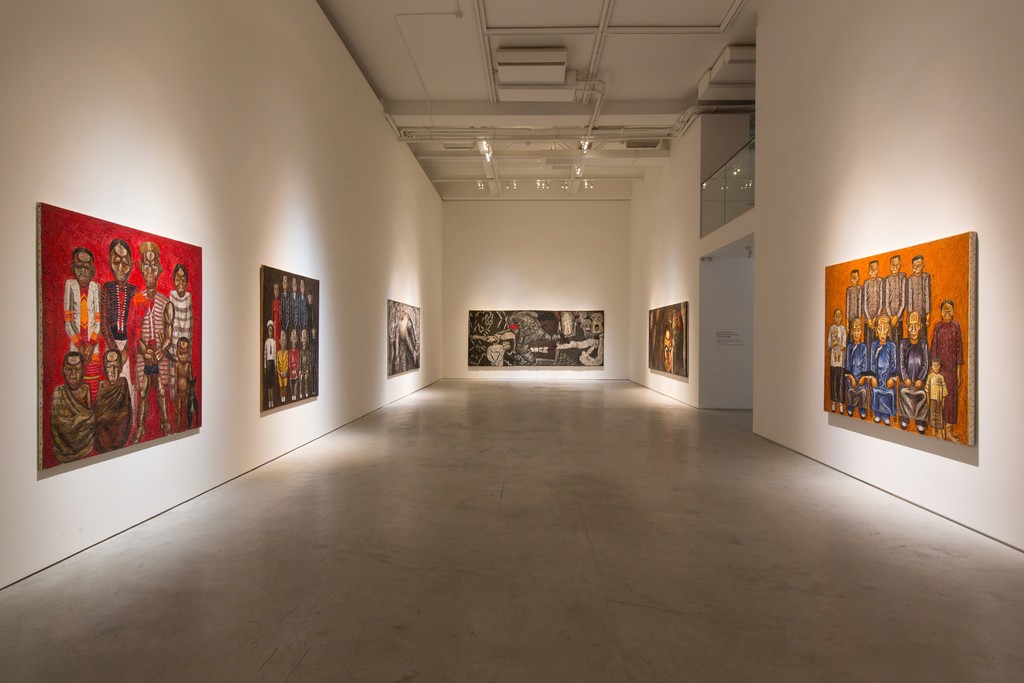 No art could represent reality. Reality exists solely in the moment. Art is only means for us to fathom truth, or a truth with which we cannot come to terms. Art is deception, and the artist is a great con man who through trickery of blatant illusions and phantasms, evokes a truth that is more real than reality.

Since the 17th century, Keelung — named after Mt. Jilong nearby, which was itself originally named for its likeness to a traditional chicken cage — has been a battlefield for colonists where the worlds of the living and the dead coexist. Long immersed in foreign cultures and constantly plundered by colonizers, the people of Keelung had acquired a fear of death as well as a sense of attachment, spawning a shallow-rooted makeshift mind-set that disregarded lasting peace and stability. American troops poured into the ancient harbor in the late 1960s. Together sailors, foreign goods, and the U.S. dollar were swarming into the little town, where Wu Tien-chang spent his teenage years amid the exotic milieu.

Deeply rooted in historical and cultural critique, Wu Tien-chang's art practice plumbs the complexities of body politics and political lineages. The 80s marked the beginning of Wu's budding career as an artist as he engaged oils in his Neo-Expressionist painting, capturing the sociopolitical landscape of that time in the "scar painting" movement, or the art of the wounded. The 90s saw him shift toward the application of mixed media, before he segued into the realm of digital imagery in the millennium. Favoring the use of latex skin, mixed media, intricate mechanical devices, the cinematic technique of the long take, and postproduction technologies, Wu choreographed ensorcelling "fake imagery," steeped in Oriental Mannerism and profoundly Taiwanese.

Viewers are invited into the fantastical worlds Wu has carefully constructed, where gaunt, fretful families and enchanting, sinister youngsters dwell, where enormous bodies lie across the ground, where an endless path of willows stretches far and beyond. Beguiling the viewer are images of frail, epicene sailors, the flamboyantly clad blind loitering at night, or an idle finger almost submerged by the undulating waves. These scenes are redolent of the island’s chilly and sweltering monsoons, once carrying innocence and desire, silence and discord, life and death, attachment and letting go. Bittersweet as these memories are, we eventually recall — engulfed in the binary world of Wu's — the cultural codes embedded in the mind of every one of us, reminiscing the suffering and resilience of the island, even seen through Wu Tien-chang's illusory lens.

Triggered by emotions, Wu Tien-chang submerges his work in flamboyance and nostalgia. Behind the elaborate visual vocabulary lies his keen interest in representing the times and his motherland in their rawest form. Divergent Paths to Reality 1980–2011 is a display of the artist's musings on Taiwan's identity, from the authoritarian KMT rule, to the post–martial law period, and finally to the era of democratization.

The "Apathy" series in the early 80s, rendered in the Hyperrealist style, portrays the prevailing atmosphere of silence and inhibition in a censored society. The post–martial law "Politics" series, expressed in wild, rugged Neo-Expressionist brushstrokes and intense figurativism, conveys a deep sense of humanity and rage against dictatorship. The "Family Portraiture" series in the early 90s examines from the people's perspective the vicissitudes of political power struggle among Taiwan's four major ethnic groups. The "Wounded Funeral" series in the mid-90s exudes a macabre aesthetic that is uncannily familiar and kitsch in Wu's attempt to bare the lingering burdens and aches left in the wake of modern history. What is reality? How should we be honest in the times we inhabit? Perhaps an epiphany will reveal itself at last in the drowning cacophony of the world.

A first-ever remounting of the Taiwan Pavilion for the 2015 Venice Biennial presents five of Wu's seductively perplexing pieces: Work Side by Side (2001), The Blind Fumble Around an Alley (2008), Unforgettable Lover (2013), Beloved (2013), and Farewell, Spring and Autumn Pavilions (2015).

The artist gravitates toward melodrama. Every unsettling particular aims at eliciting a Taiwanese collective consciousness. Spectral beings in the imagery distinguished by their physical defects. Doppelgängers cocooned in devilishly glistening latex skin. The two conjure an illusive juxtaposition of life and death, a projection of nationalist collective desire. Magical transitions in the long take become merely a smoke screen behind which political regime changes hide. Taiwanese old songs gently playing in the background insinuate the motherland complex of Taiwanese people, delineating the collective memory shaped by the island’s complex colonial history. Wu Tien-chang blurs the boundary between time and space, creating contexts in guileless candor in a searingly poetic narrative. In the faintly lingering song of departure and farewell our generation will eventually be able to fathom the pain of local history, amid turmoil and upheaval cling to the land, and never say goodbye.