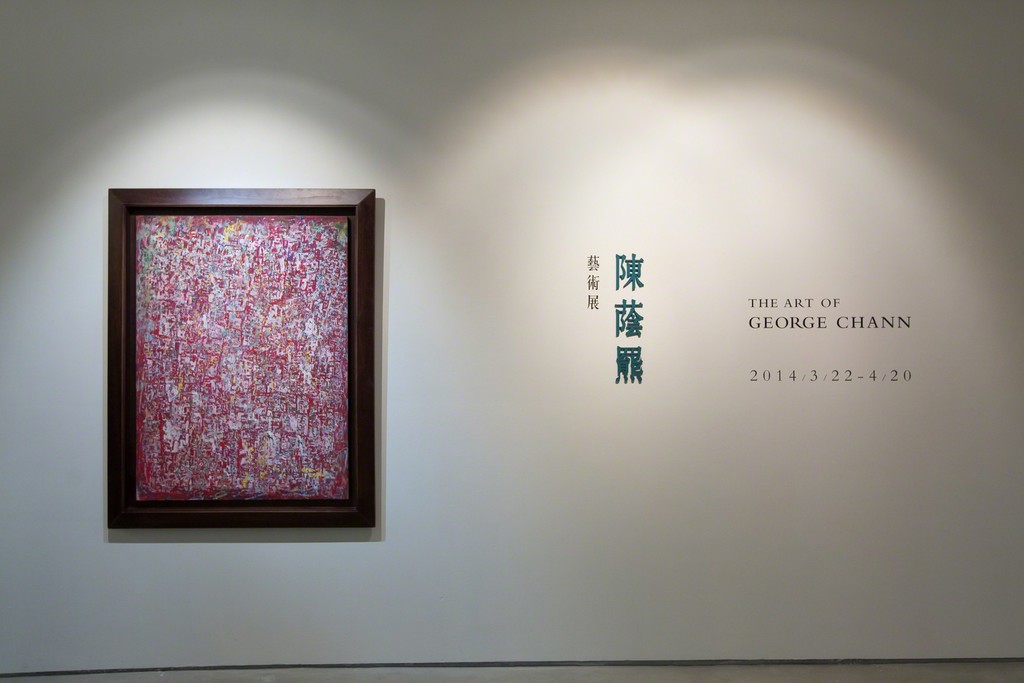 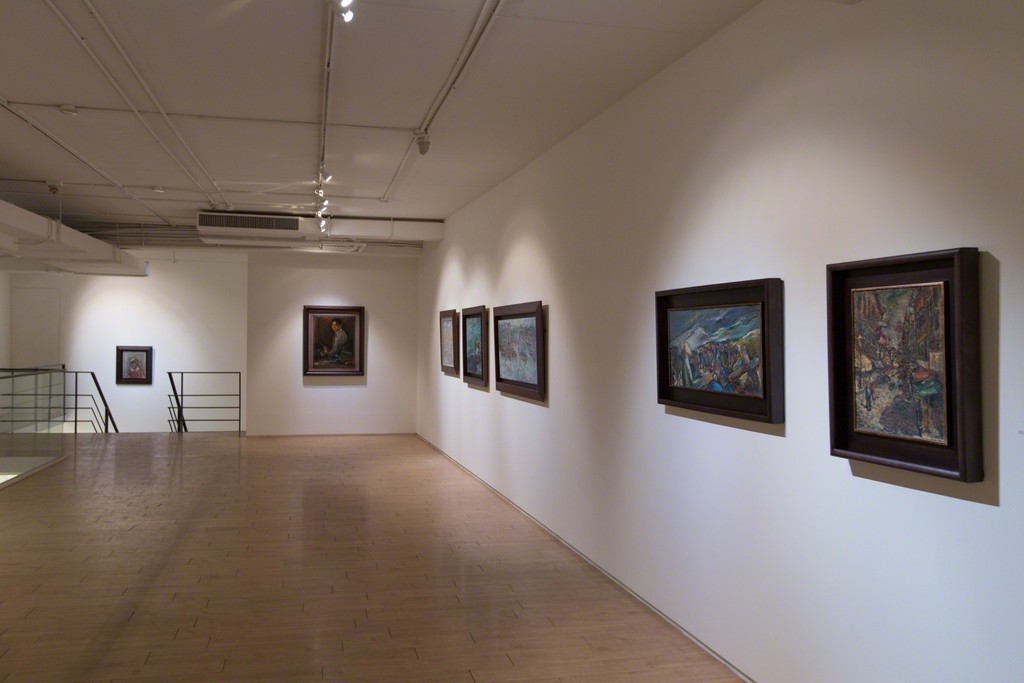 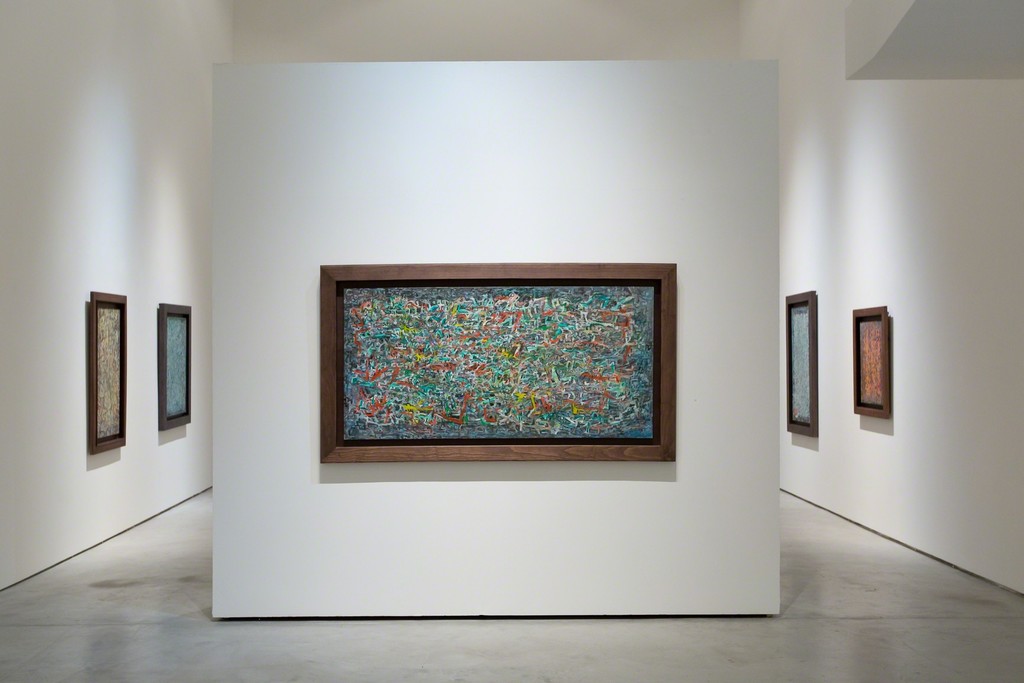 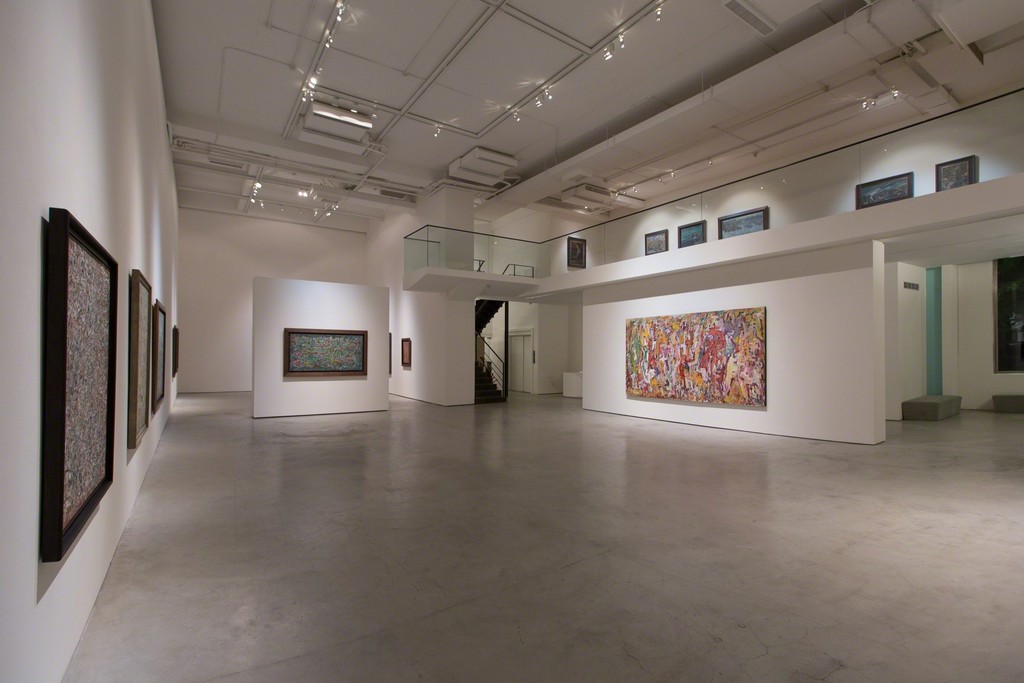 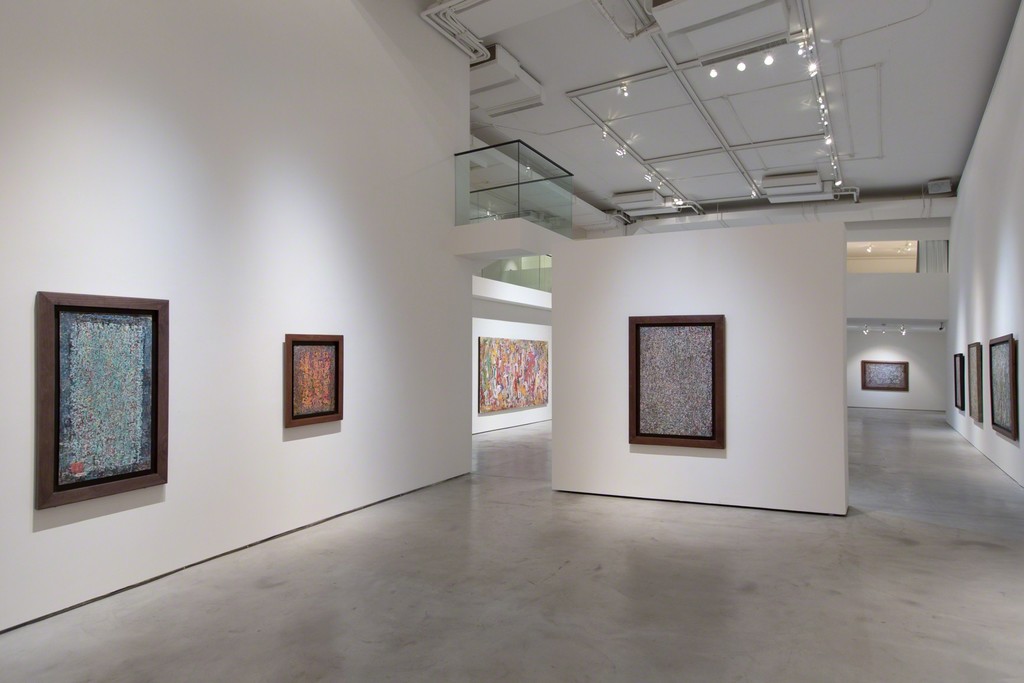 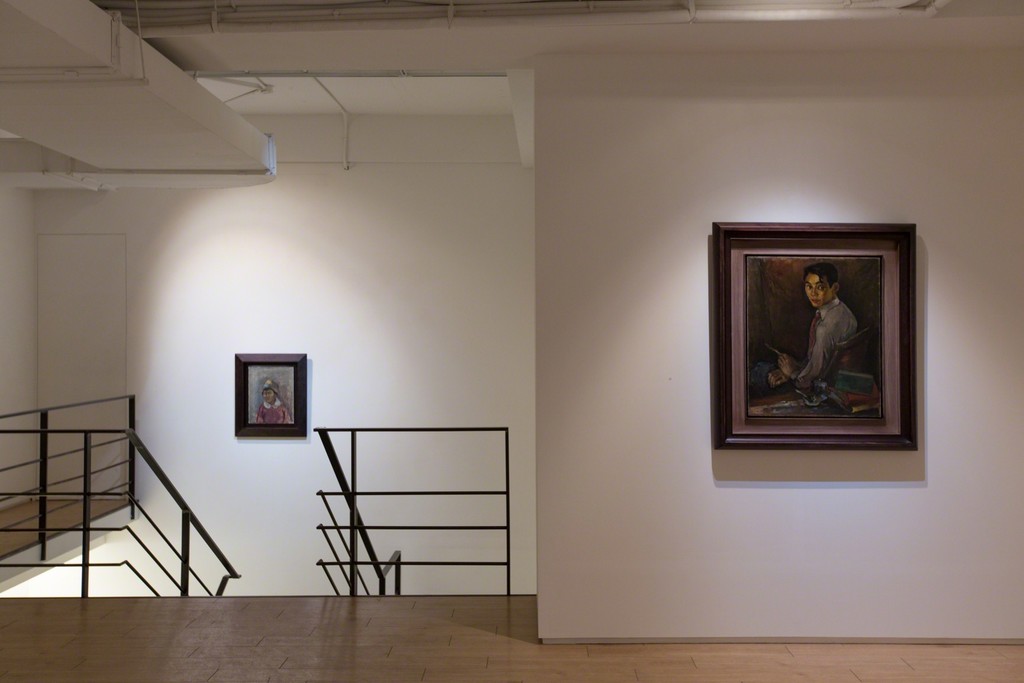 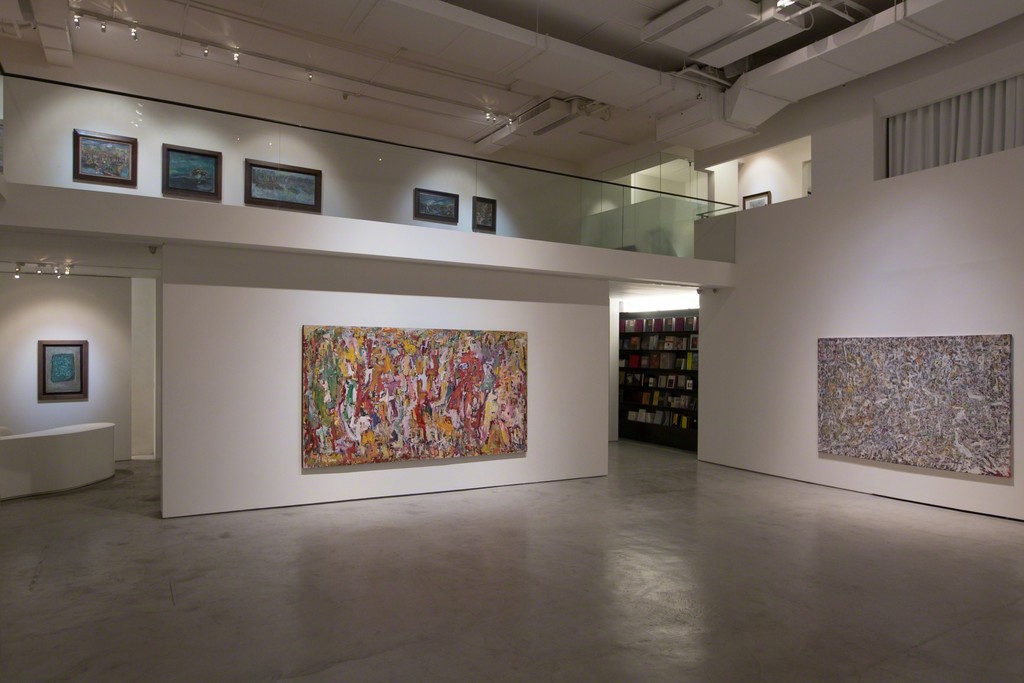 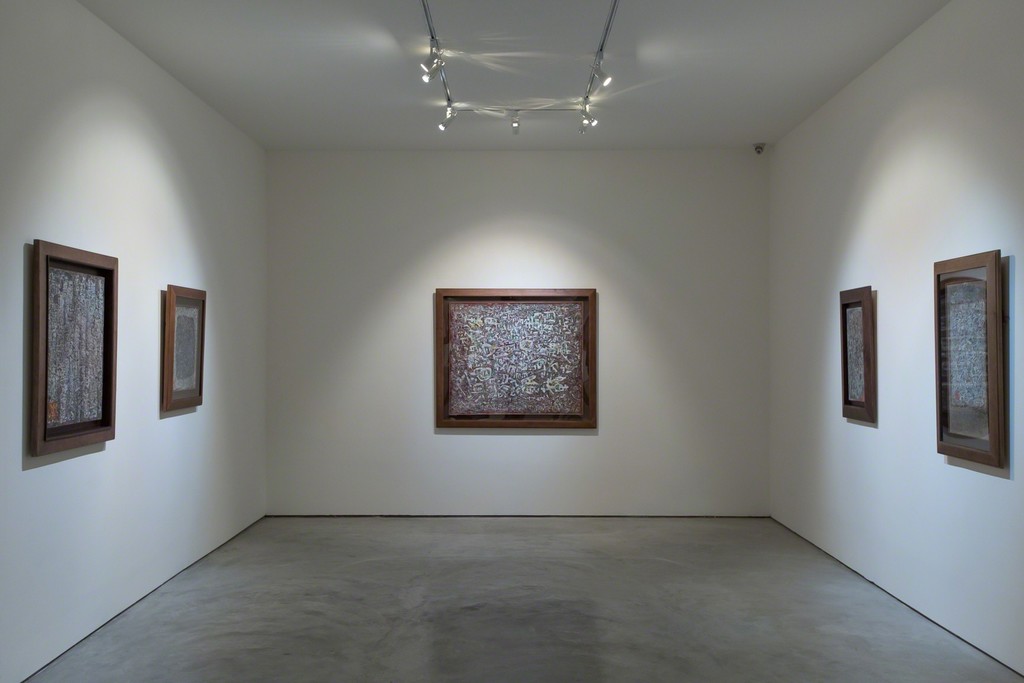 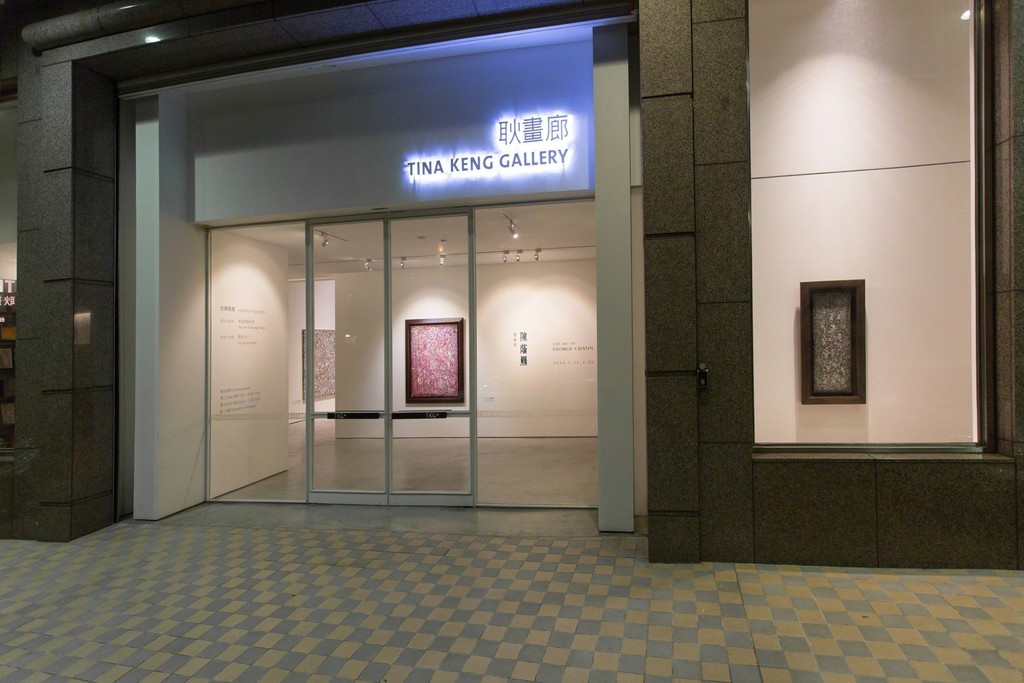 George Chann (1913-1995) began painting in the 1940s, and soon established a reputable style in portrait paintings of the poor with a strong sense of humanitarian concerns in California, USA. In 1941, Chann became the first Chinese artist invited by Roland J. Mckinney, director of the Los Angeles County Museum, to exhibit at the institute. Soon after, his career bloomed; works were not only shown in other museum exhibitions in Los Angeles and San Francisco but also attracted attention from commercial galleries.

In the 1950s, Chann shifted his study and practice to abstract paintings and developed his own Abstract Expressionism through applying Chinese characters and calligraphic rubbings. The series, Black and White, exemplifies this collage method that fragmentizes shapes and textures on canvas. Chann began to incorporate more colors and other mediums into his paintings in the 1960s. He often imitated the green color inspired by ancient Chinese bronzes to express reminiscence for the decaying age. His later abstract works demonstrated a color variety with a bolder style represented by colors and the lines of writing. Within the complex structures in his paintings, the melodic harmony is never lost.

In terms of styles and themes, Chann’s artistic developments parallel to those of other Chinese artists in the same era like Yun Gee (1906-1963) or Zao Wou-Ki (1921-2013), a modernist. Both Chann and Yun Gee followed their fathers to the United States at a young age but continued to participate in art events in the overseas Chinese community. In the 1930s, soon after China formally declared war against Japan, Yun Gee produced a series of satirical political cartoons in hope to unmask the atrocities of Japanese warlords in China. Chann’s also offered his commentary on the war when he chose Chinese refugees, and post-war China as subjects. Looking back, both artists expressed deep concerns for their motherland. On the other hand, Chann and Zao, pioneers of early Chinese abstract paintings, are known for drawing inspiration from ancient Chinese characters. The former embraced a symbol of poetic whimsy while the latter elaborated serenity as well as detachment to fruitful color varieties and styles. Chann’s works reflected his life experience and cultural historical background vividly.

After returning to the US in 1949, Chann became engrossed in personal art creativity and exploration. He chose to seclude himself, declining exhibitions after 1975. In 1988, a local Los Angeles newspaper coined him “The Forgotten Artist” after finding his works amongst a group exhibition.

For years, Tina Keng Gallery has been a driving force to rekindle the audience’s romance with early Chinese modern artists with a series of brilliant exhibitions on Sanyu, Yun Gee, and Zao Wou-Ki. The Art of George Chann is another treasured opportunity to get a closer view to the remarkable works of a master abstractionist.