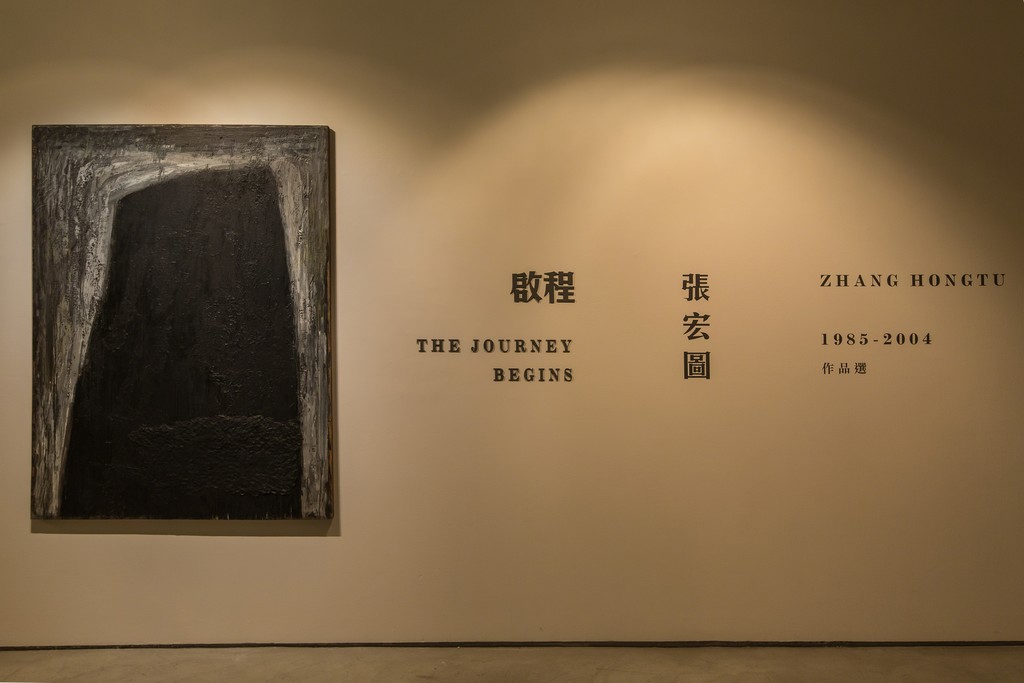 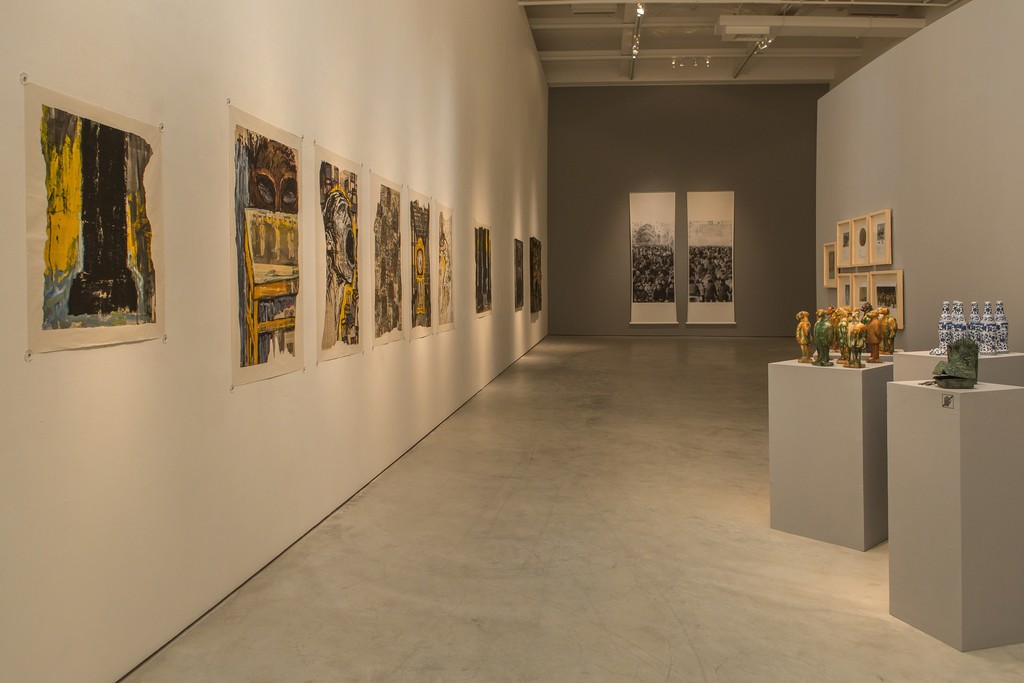 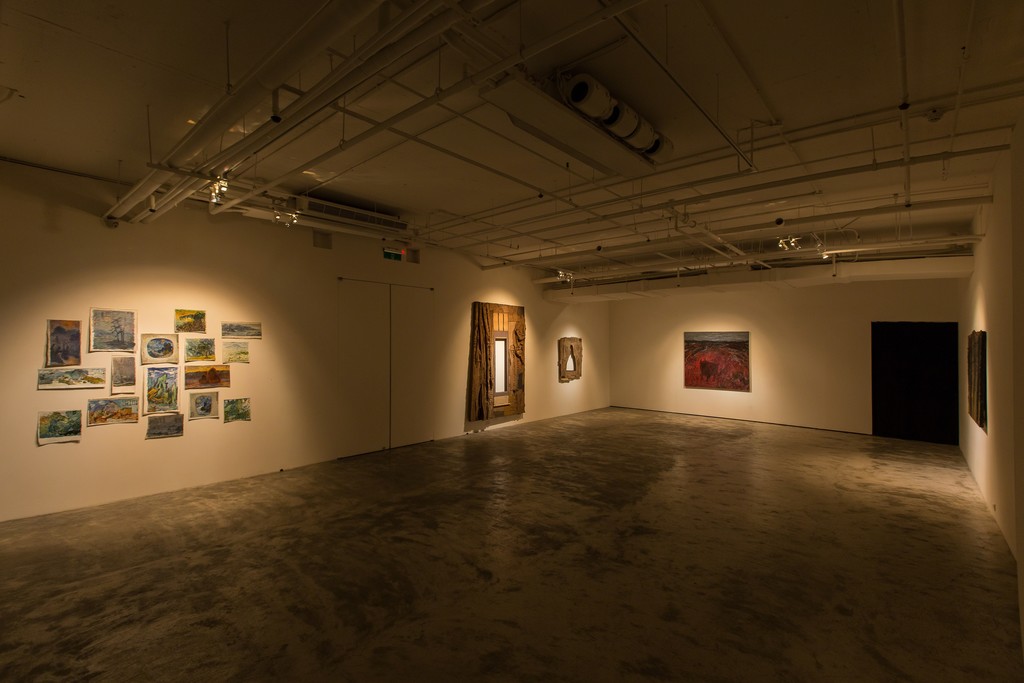 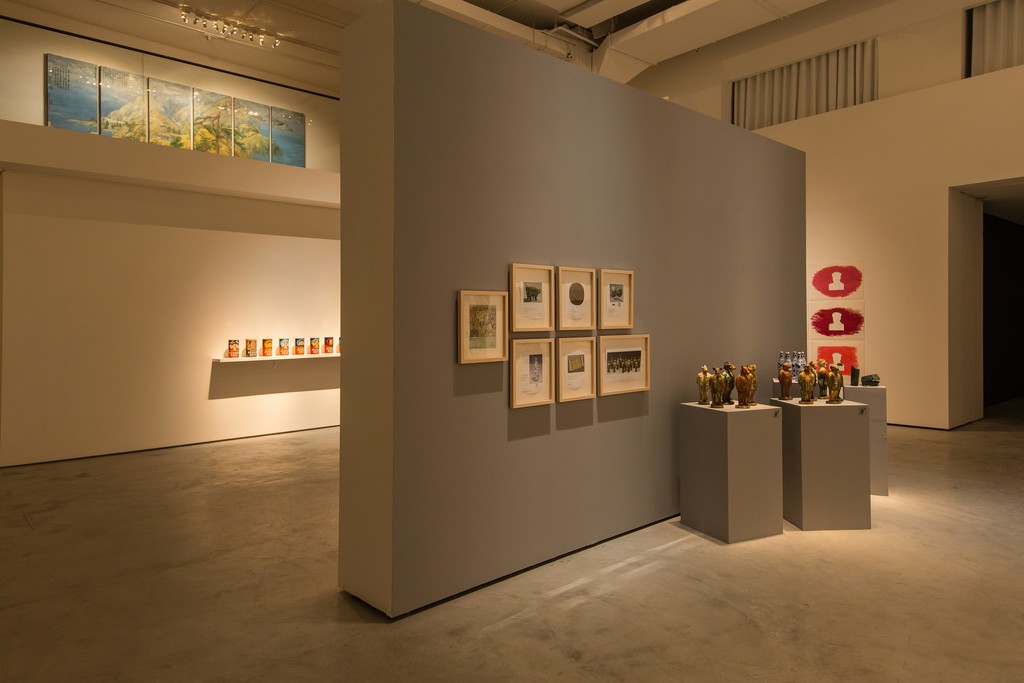 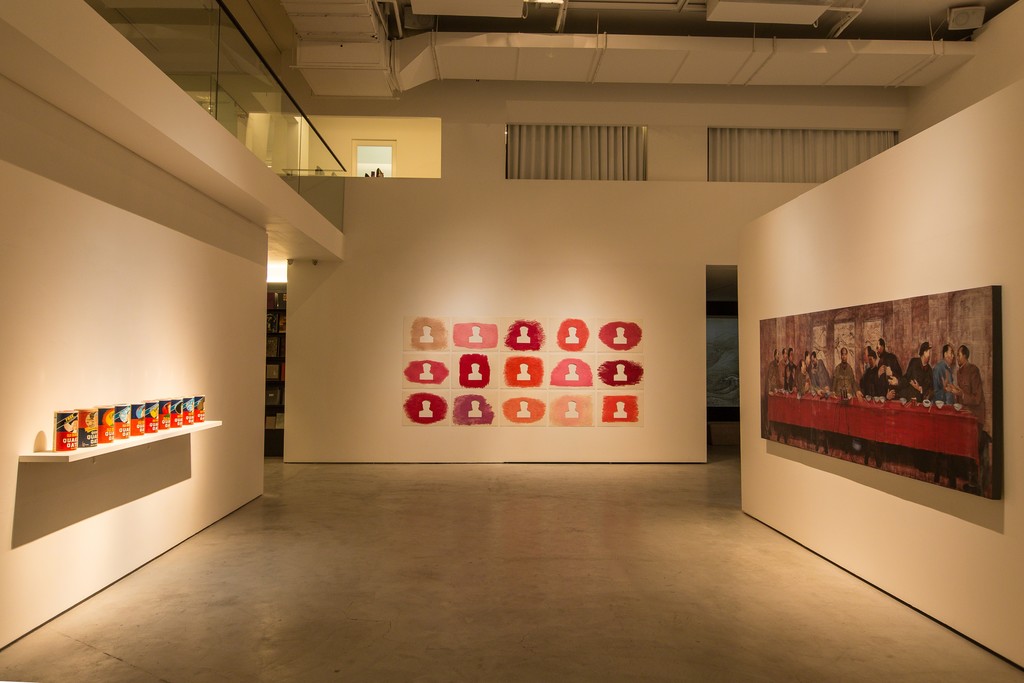 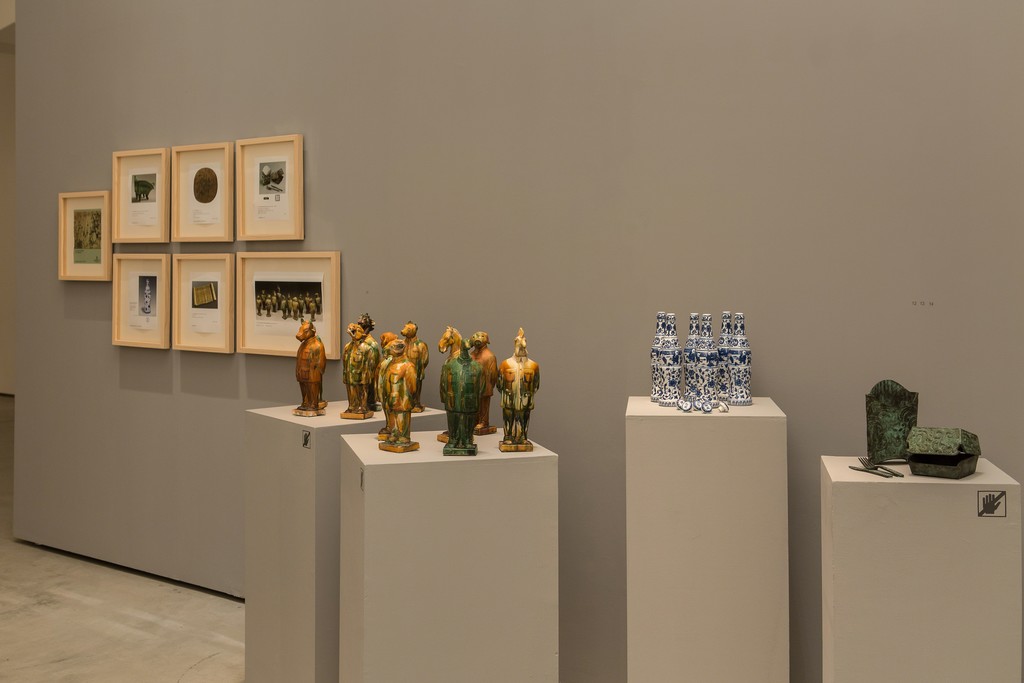 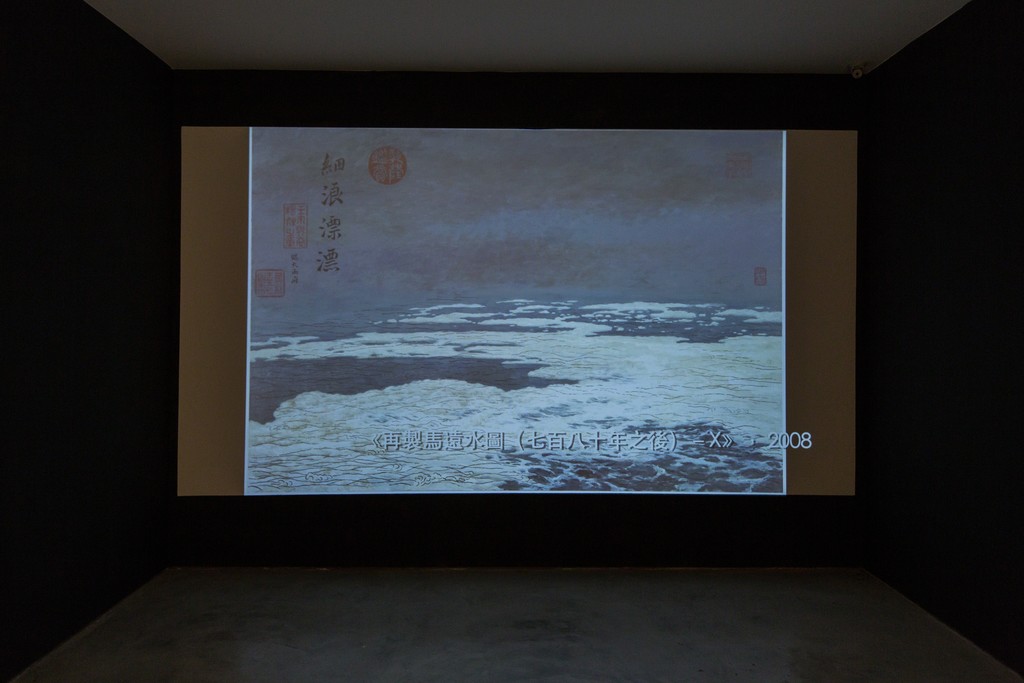 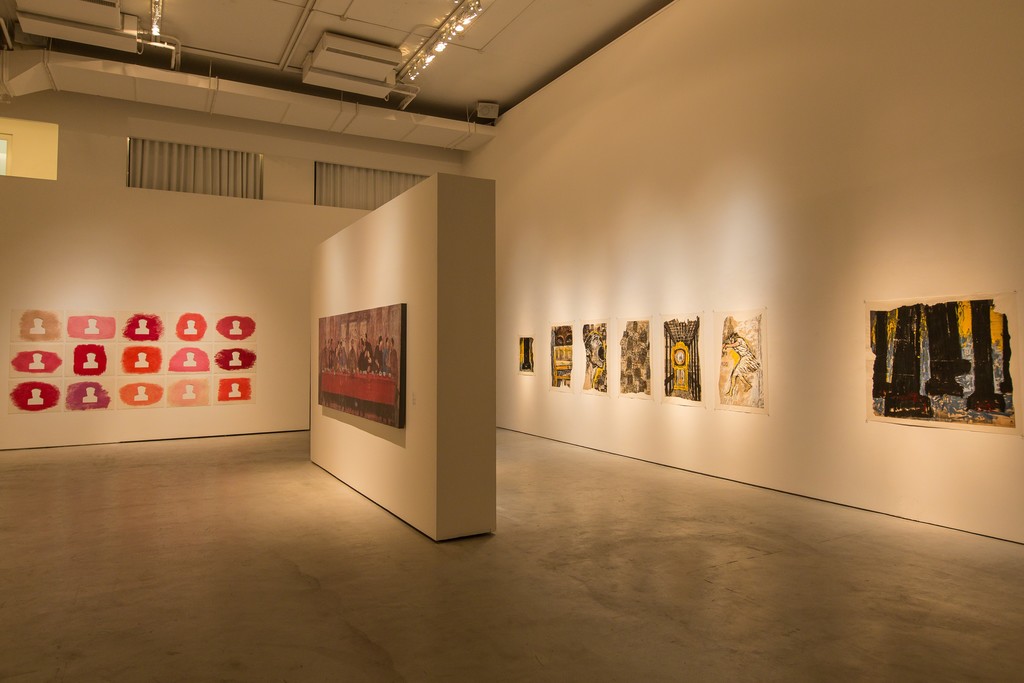 Tina Keng Gallery is pleased to present The Journey Begins: Zhang Hongtu 1985‐2004. This solo exhibition looks back on Zhang’s artistic endeavors between 1985 and 2004, and highlights a transition in his creative process in the first 20 years after he arrived in New York, with a wide selection of works in diverse mediums, including the signature Mao Series (1987, 1993, 1995), Untitled (Newspaper Series) (1985), which manifested his improvisational brushwork on newspapers, The Bikers (2001), which was rendered through the aid of computer technology, and the famous Christie's Catalog Project (1998-2002).

The Journey Begins epitomizes Zhang’s arduous quest for self — one of thousands of miles where every step of the way heads toward a rediscovery of his inner being.

Under the overarching educational thought during Zhang’s school days, “The purpose of studying arts was so that you could become a screw inside the great revolutionary machine,” any form of individual creative freedom was thwarted. Then came the Cultural Revolution, where Zhang was first wholeheartedly devoted to the pursuit of a utopia in Mao Zedong’s Communist propaganda, as he traversed the country with his comrades advocating Mao’s revolutionary thoughts in the periods of Da Chuan Lian (Great Revolutionary Networking, 1966-1967) and Chang Zheng (Long March, 1966), before receiving re-education from the peasantry in the countryside. It was a long and revelatory journey where the darkness of humanity he witnessed left all his ideals shaken, and brought upon him a slow and steady awakening that left an indelible mark on his soul.

In the 1980s, Zhang left China and settled down in New York, where the cornucopia of culture provided him with abundant inspirations, as he began experimenting with multiple methods and mediums in his art practice. Finally Zhang was able to break free from the shackles of his past, and his works manifested such artistic emancipation. His personal history intertwined with Western art influences evoked a fearless pioneering spirit in his work. As the artist once said, “New York's cultural diversity not only gave me creative inspirations, but also allowed me to escape from limitations of existing labels in contemporary art, such as ‘Eastern art,’ ‘Western art,’ ‘elitism,’ and ‘mass culture.’ Because of my past experience and multicultural background, I have always been interested in different cultures and the interrelationship between them. With my work I hope to question viewers’ conventional aesthetic taste, and offer a new angle on the world.”

Born in Gansu, China in 1943, Zhang Hongtu graduated from the Central Academy of Arts and Crafts in Beijing in 1969. In 1980 he traveled to Mogao Caves in Dunhuang to study the site’s renowned Buddhist mural paintings, before moving to New York in 1982. Zhang was awarded the New York-based Pollock-Krasner Foundation’s grant for painting in 1991, and received the Visual Artists Fellowship from the National Endowment for the Arts in 1995. His solo exhibitions have been held at the Bronx Museum of the Arts, New York, and the Hong Kong University of Science and Technology. He has participated in group exhibitions in major cities throughout the United States. His works are widely collected by private collectors as well as major art museums and institutions, including National Art Museum of China, Beijing; New Museum, New York; Bronx Museum of the Arts, New York; Islip Art Museum, New York; Princeton University Art Museum; Guggenheim Abu Dhabi; and Peter Norton Family Foundation, New York, among others. A large-scale retrospective for Zhang Hongtu will take place this coming fall at Queens Museum, NY, USA.