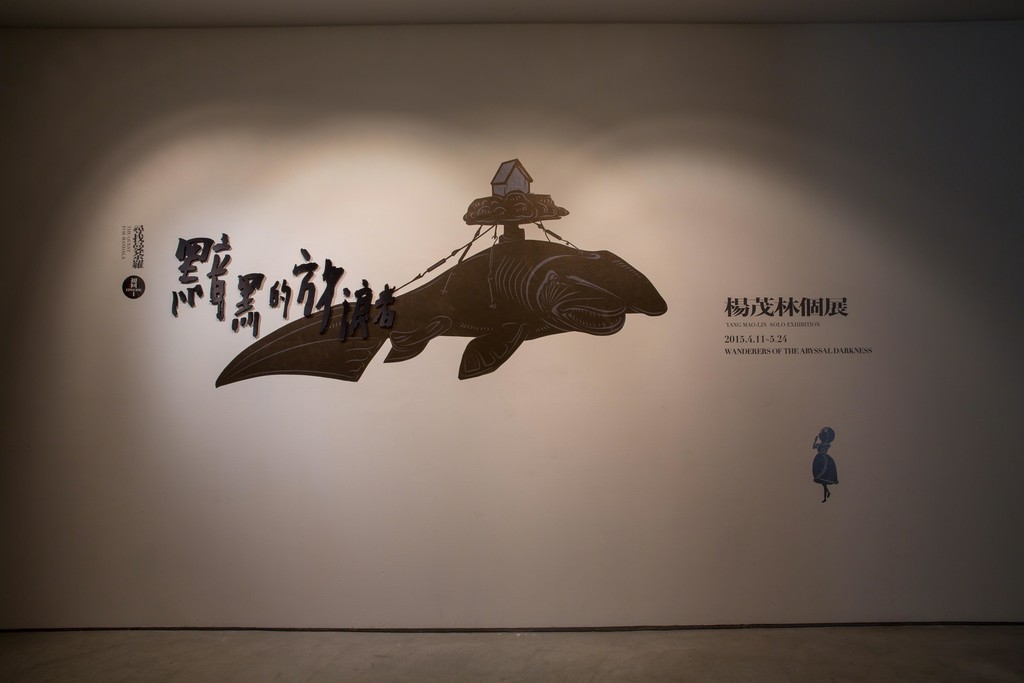 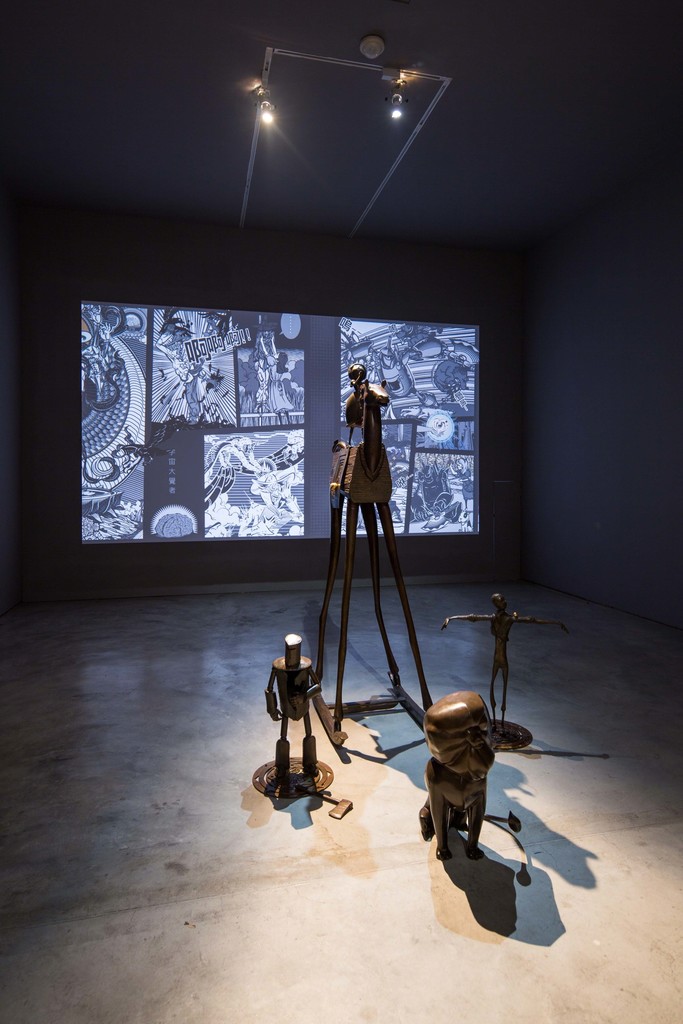 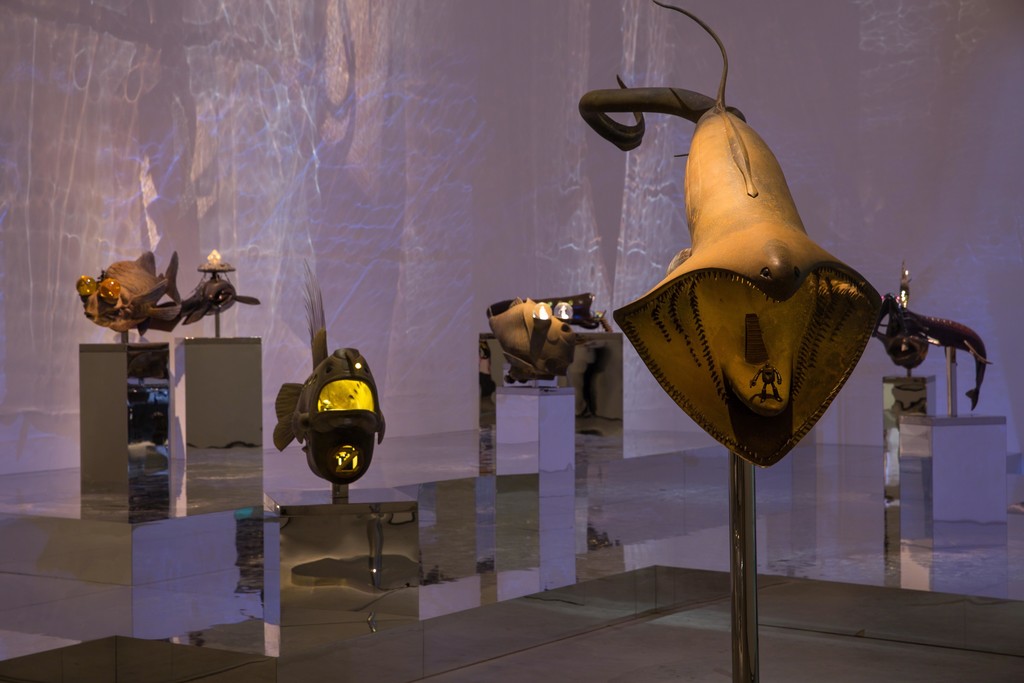 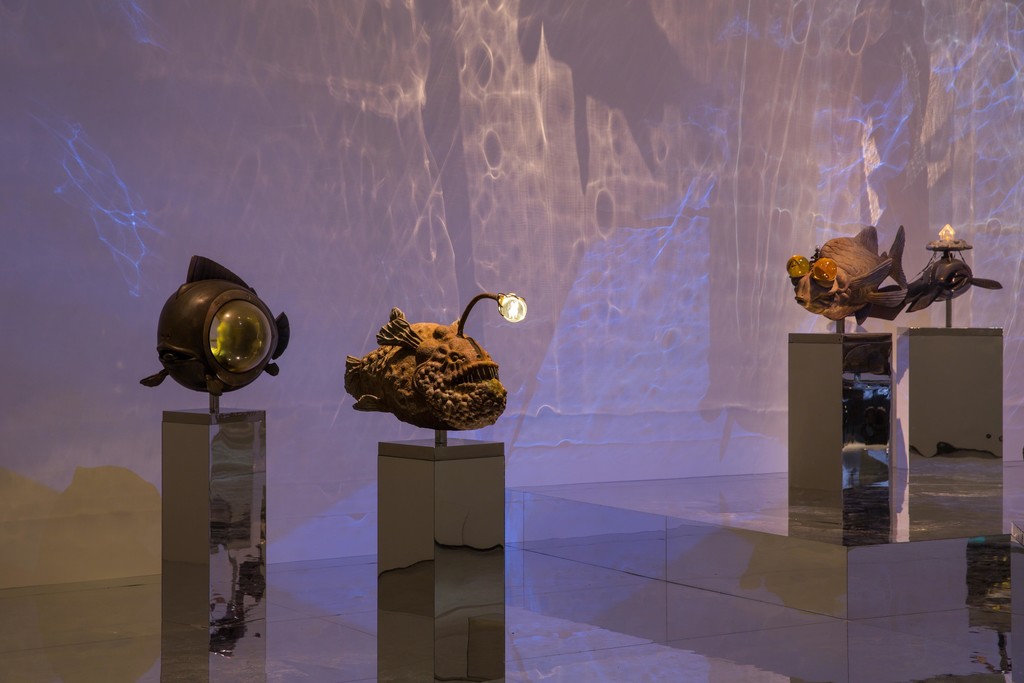 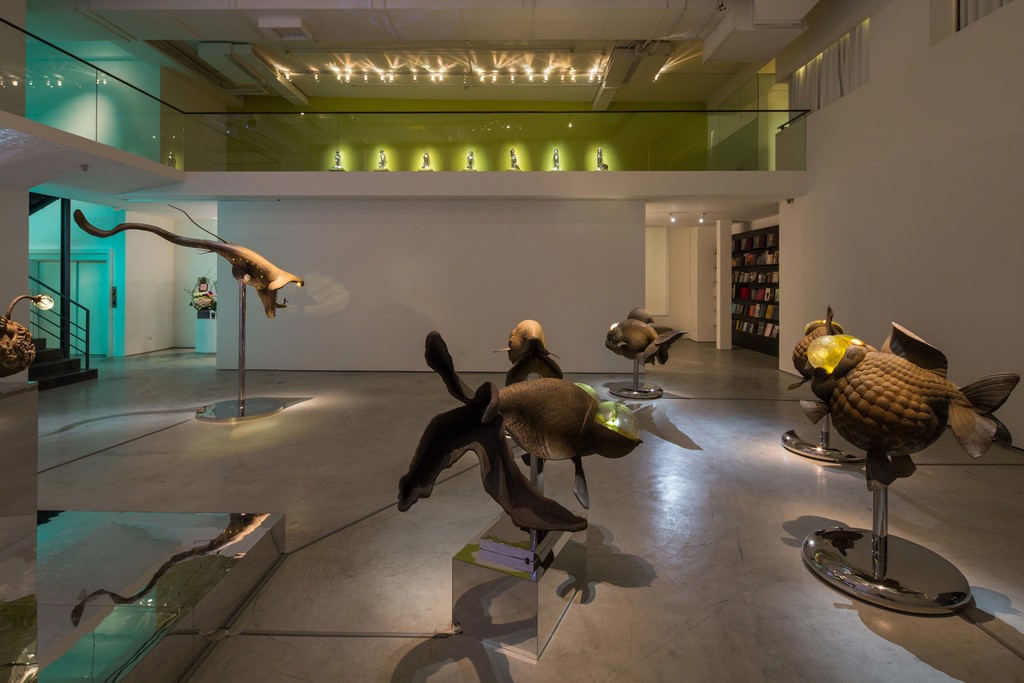 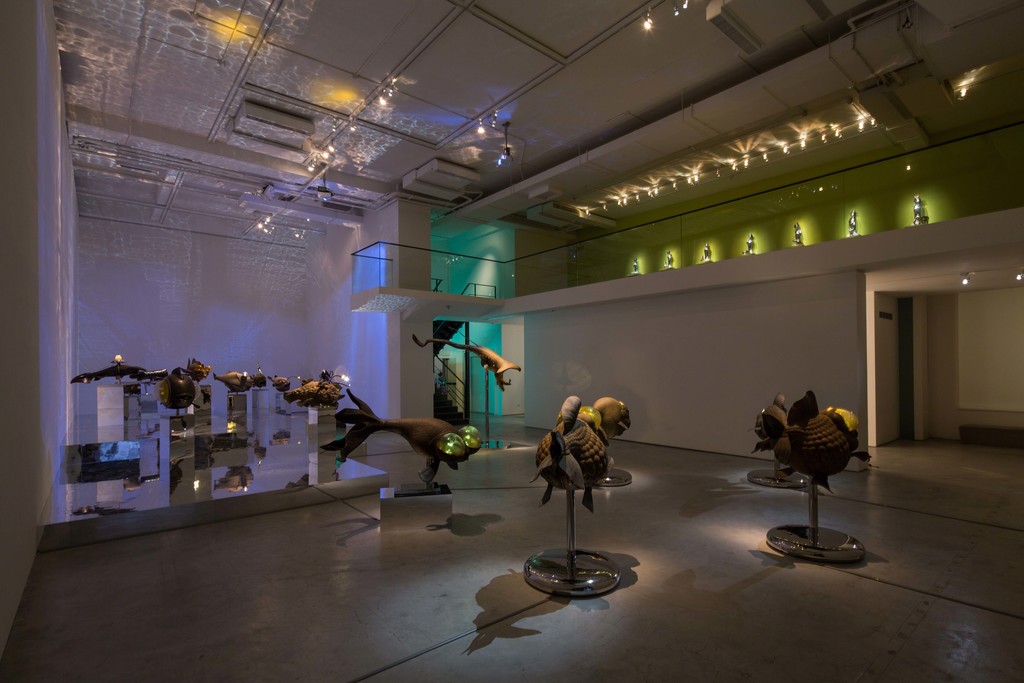 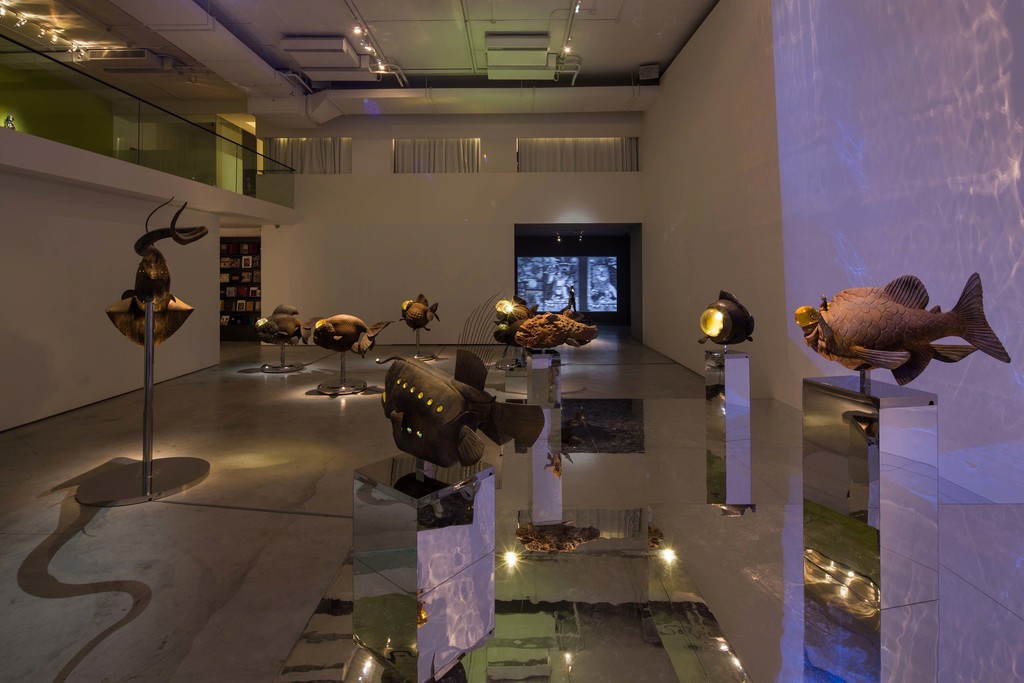 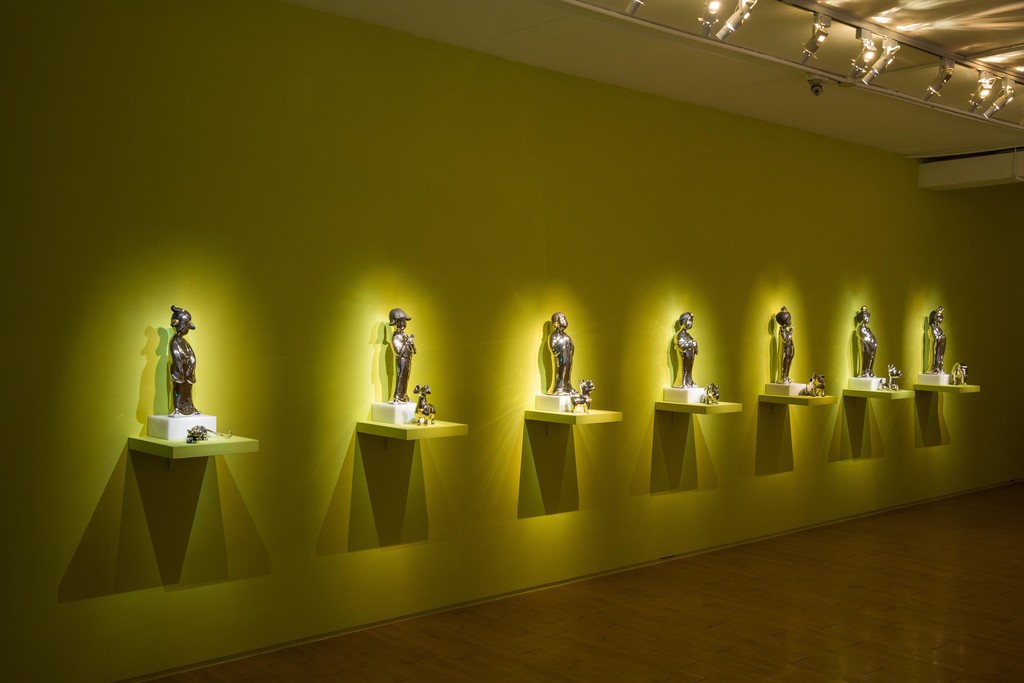 Tina Keng Gallery is pleased to present The Quest for Mandala Episode I: Wanderers of the Abyssal Darkness, a solo exhibition by Yang Mao-Lin. The Sanskrit word “mandala” means the ability to gain “essence.” Engaged in art practice for almost 40 years, Yang turns his gaze from the exterior world to his own inner being. Through reflection and dissection, he embarks on a journey to find his true nature.

Comprising four series of Yang’s sculptural works, the exhibition opens with The Quest for Mandala – Departure, where Dorothy, a recurring motif of Yang’s, stands poised on her horse, ushering viewers to series Wanderers of the Abyssal Darkness and The Lingering Spring. The works on display present sea creatures in their utmost striking qualities. Characteristics of different fishes are mixed and metamorphosed into eccentric sculptures on which Yang projects his multiple personalities and waves of emotions. Crafted in colored and oxidized bronze, each sculpture materializes in a rusted appearance that exudes a deep-sea feel, forming a strong contrast with the lustrous glass and light installed inside. Light flows through the translucent glass and crevices of each bronze sculpture, rendering the three-dimensional object animated and vivacious.

“My personality can be described as: 50% of the deep-sea fish, eccentric and weird; 20% of the gold fish, living in a glass bowl, ignorant and slow; 30% of the tropical fish, flamboyant, longing for connection,” the artist once said of himself. Yang has morphed from a critic of culture and history in the early days, to a seeker of his own spirituality. Has he found a small haven for himself among sea creatures, comic characters, and gods? This exhibition provides an intimate look on Yang’s art practice and self-scrutiny.