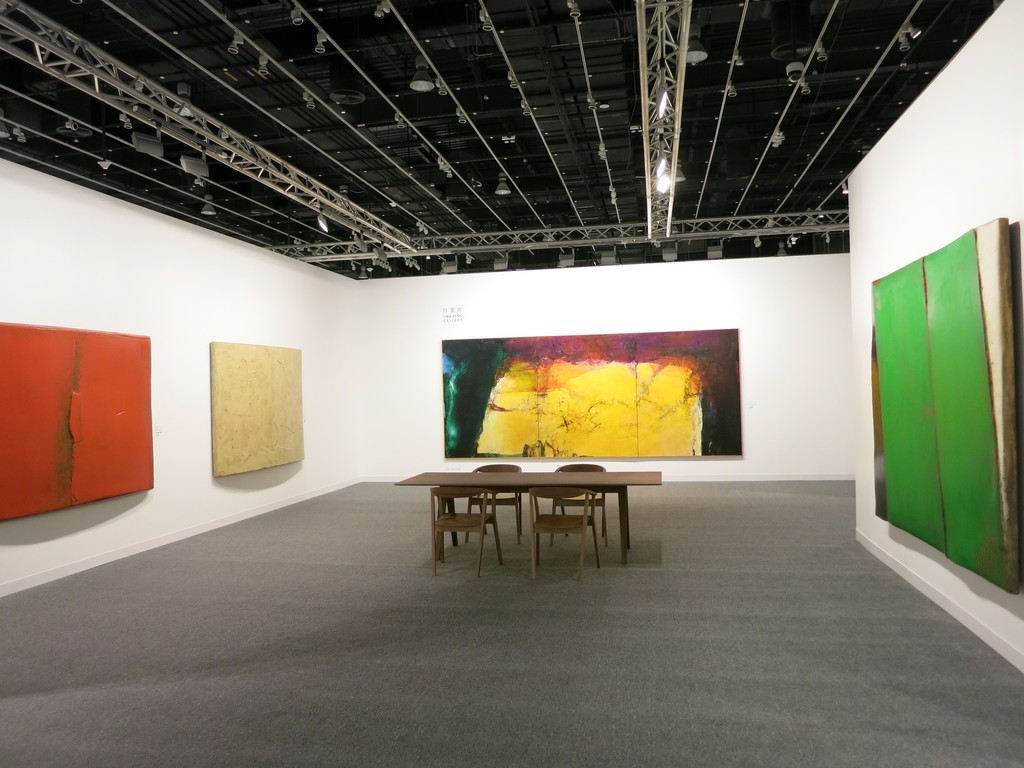 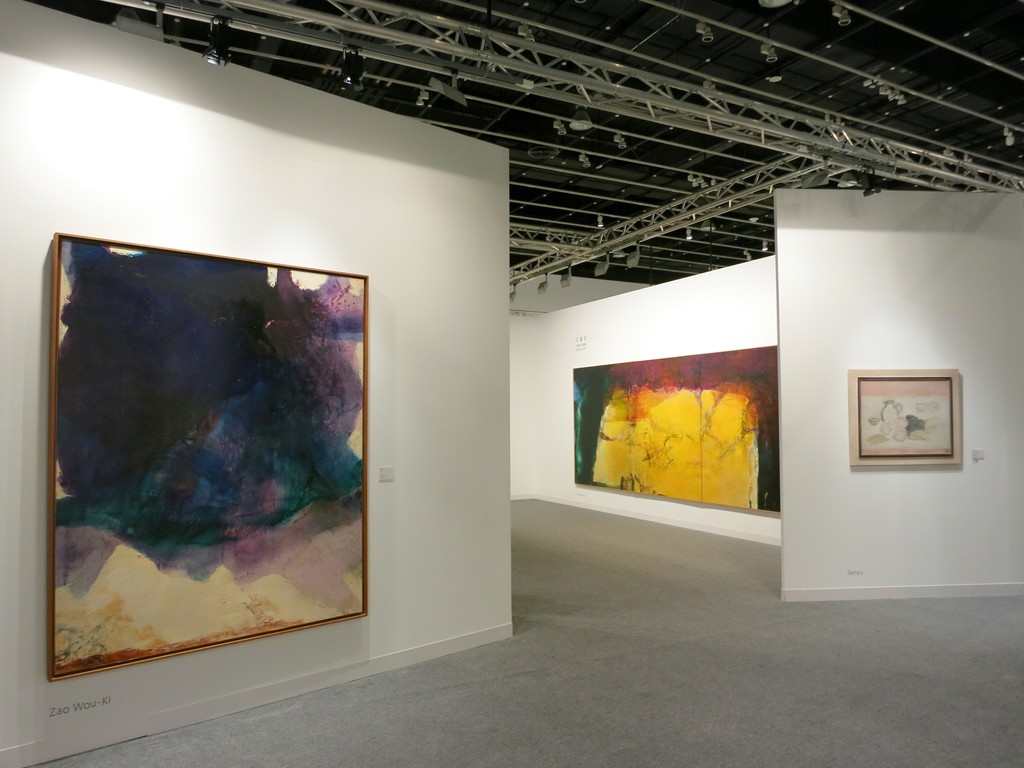 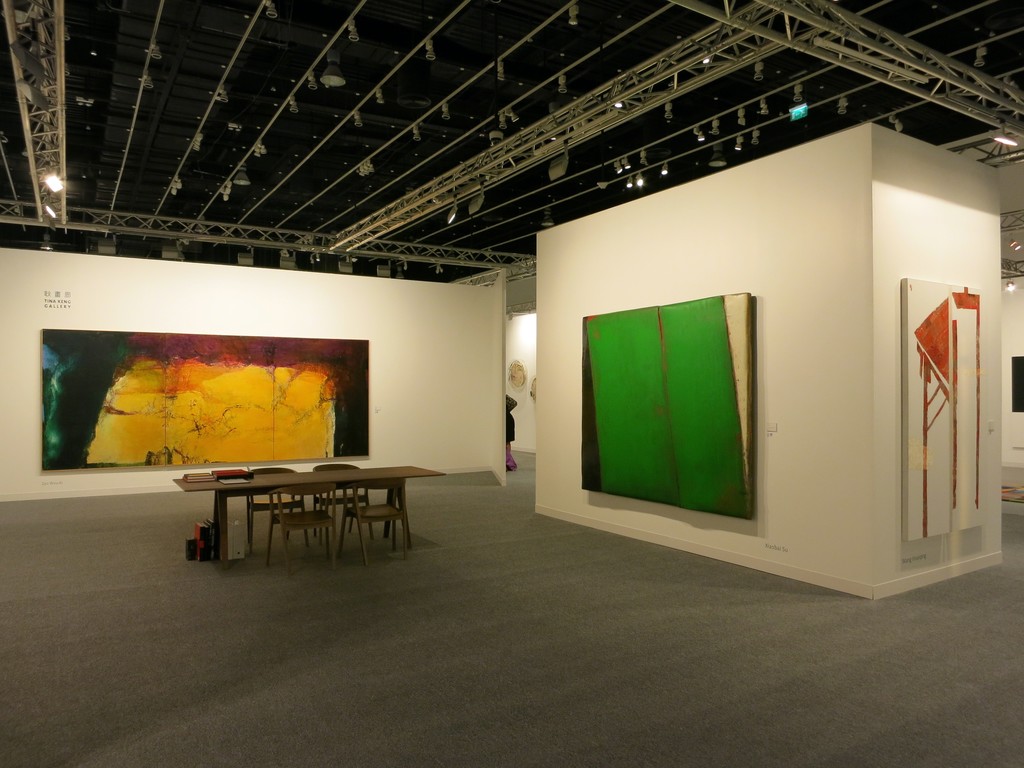 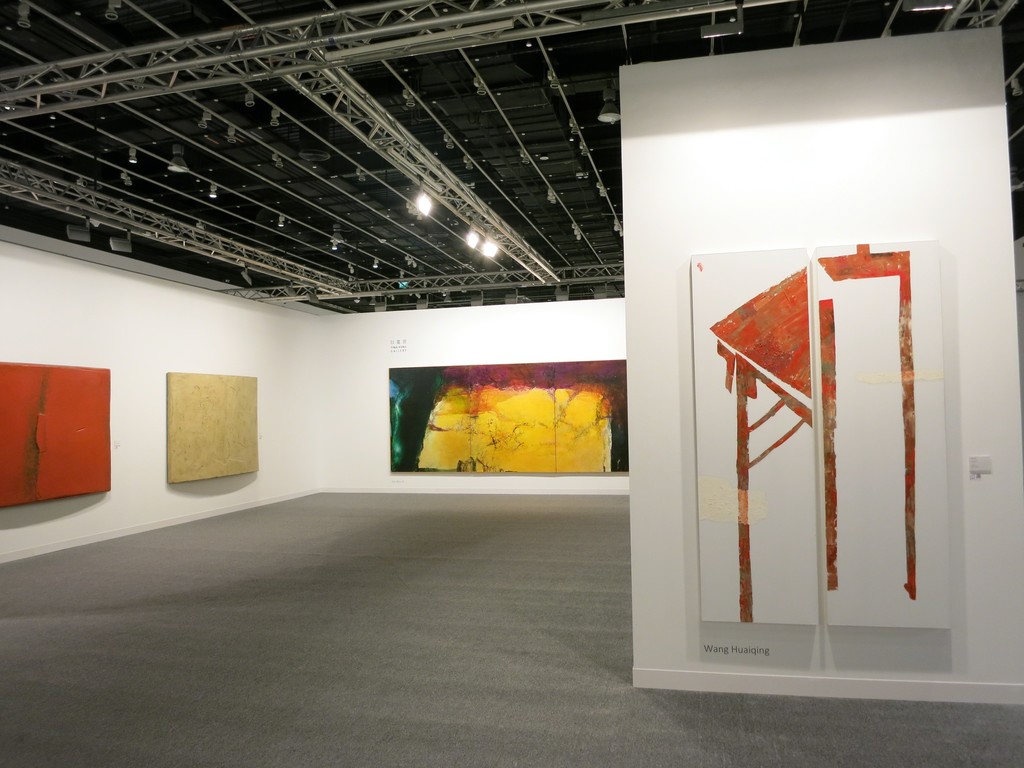 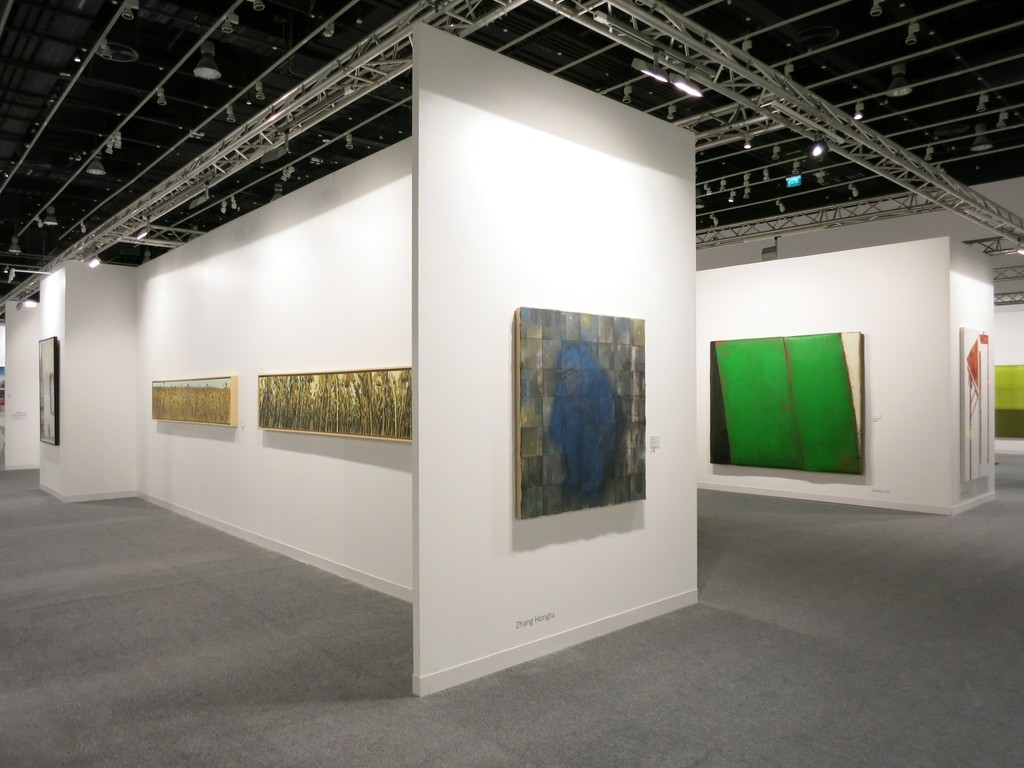 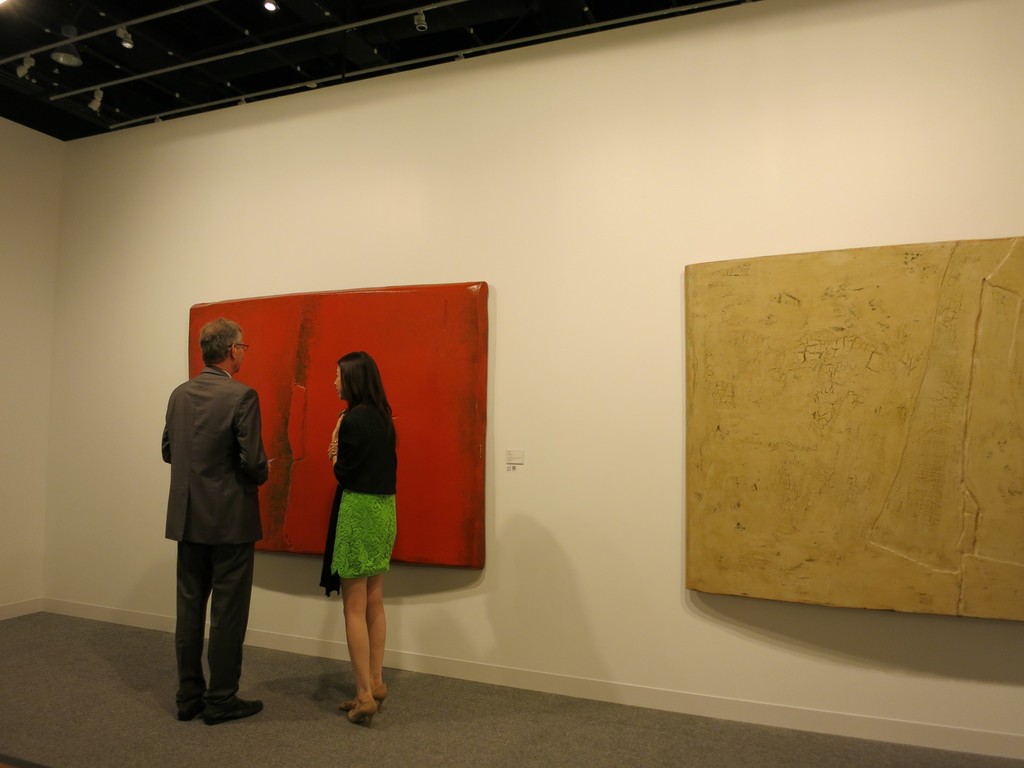 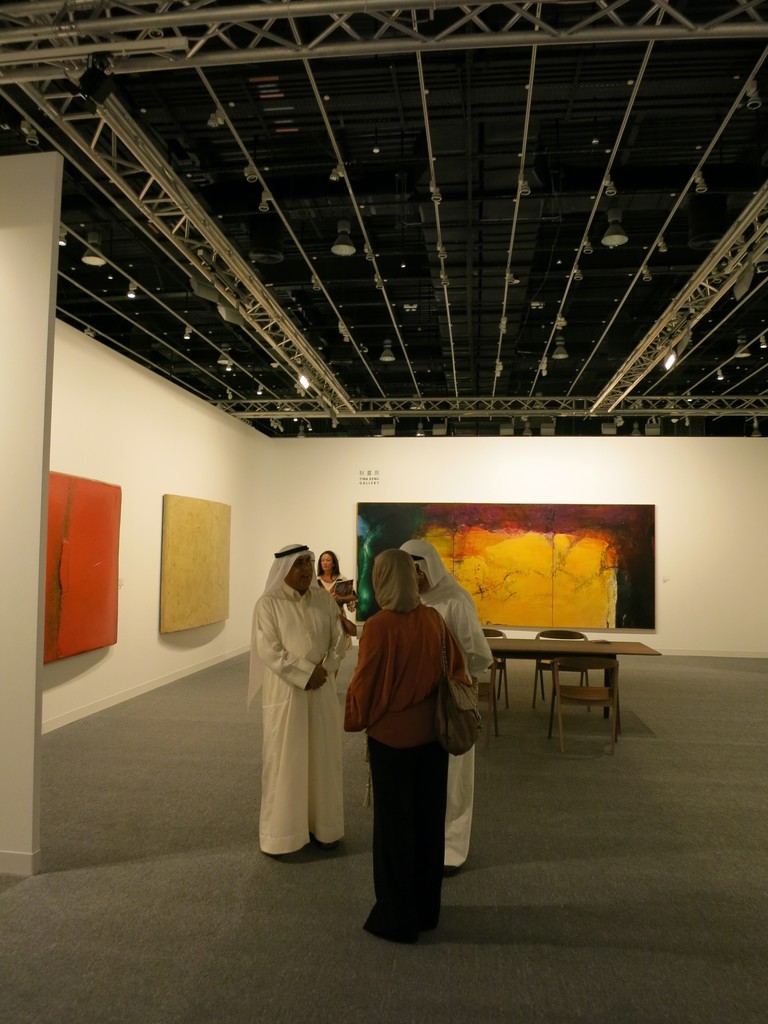 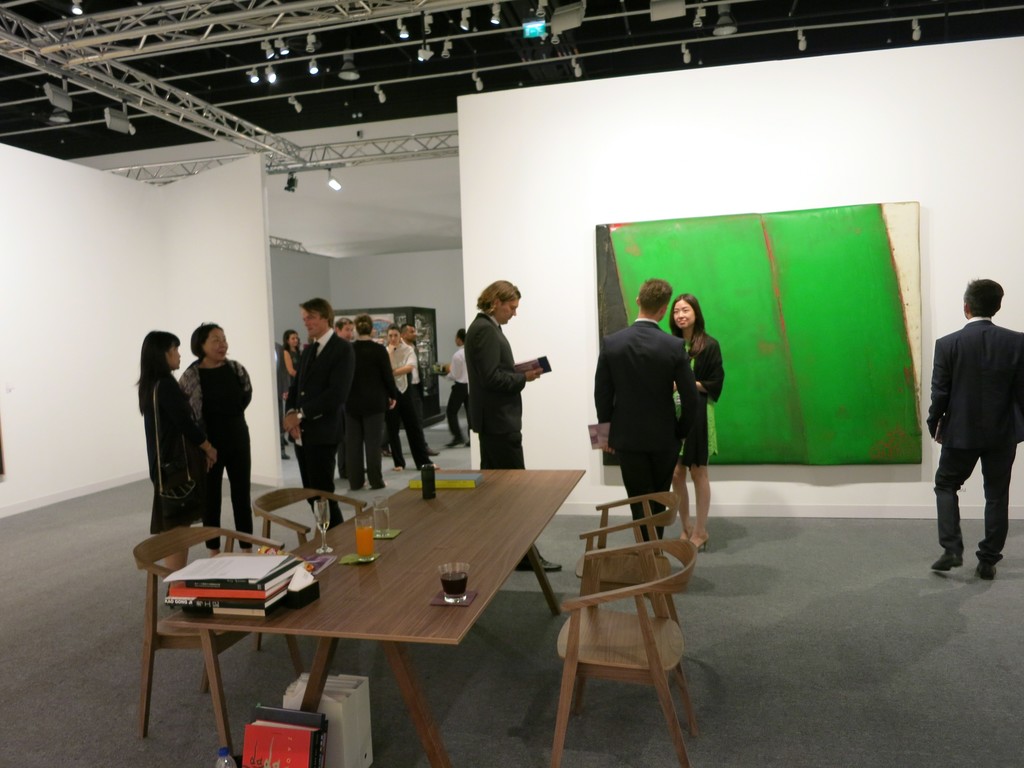 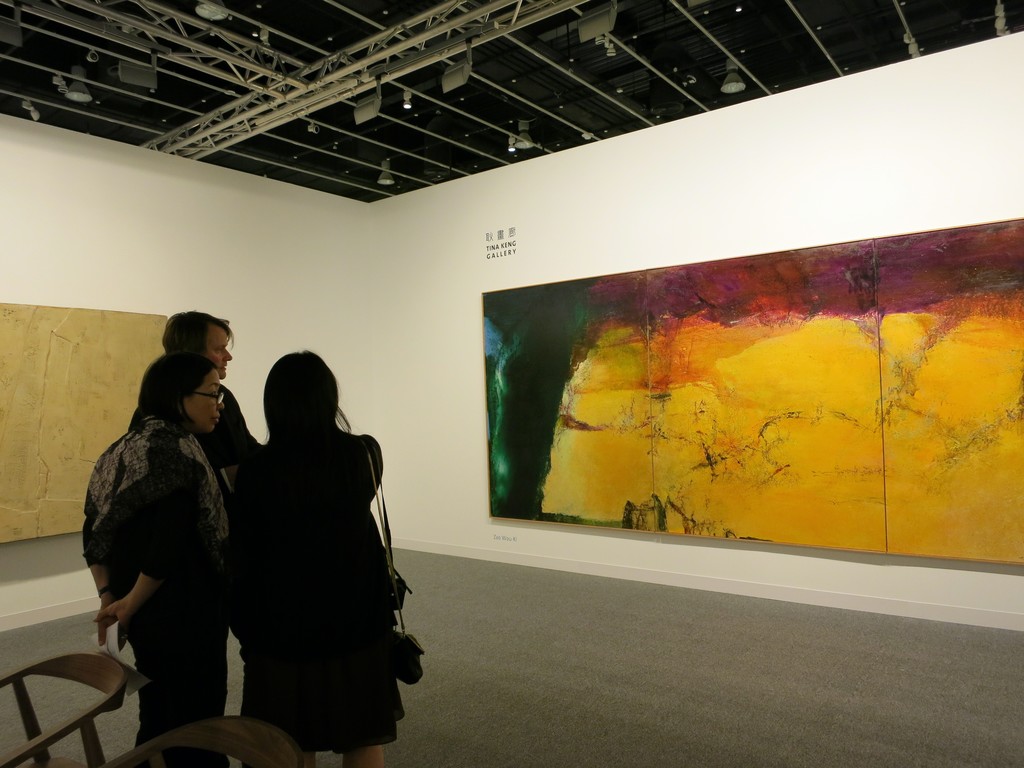 The Tina Keng Gallery is honored to present works of Sanyu (1901-1966), Zao Wou-Ki (1921-2013), Zhang Hongtu (b. 1943), Wang Huaiqing (b. 1944), Xiaobai Su (b. 1949), Xu Jiang (b. 1955), and Yao Jui-chung (b. 1969) at Abu Dhabi Art 2013 (November 20-23). Tina Keng Gallery has been instrumental in promoting the work of Asian masters such as Zao Wou-Ki, Lin Fengmian and Sanyu, while supporting visionary Asian artists and building bridges with international institutions, collections and connoisseurs of Asian Art. Established with specialized expertise in the appreciation of modern classics, Tina Keng Gallery seeks to promote and present works of art of simple beauty with profound cultural heritage.

Under the influence of East and West, both Sanyu and Zao Wou-Ki integrate the expressions of the two cultures. In Sanyu’s early period, intoxicated with the romance of exotic Paris, he chose from a basic palette of pink, white, and black, lending his works a clean elegance, upon which calligraphic lines expressed a joyous mood, as seen in his Still Life with Fruits (1930s). Similarly, Zao was deeply influenced by Chinese calligraphy and shan shui paintings, he was inspired to wash, tint, and cascade shan shui impressions in oil paintings. His abstract paintings reveal the feeling of nature typified by his predecessors, and the structure and atmosphere of his works express the nature and spirit of the mountains and water.

Zhang Hongtu studied at the Central Academy of Arts and Crafts (1964). In 1982, he received an opportunity to attend the Art Students League in New York, and immigrated to the United States. Since 1998, Zhang has focused on the tradition of shan shui paintings, particularly in his Repainting Shan Shui series, which emulates the styles of Paul Cézanne, Vincent van Gogh, and Claude Monet through a distinct juxtaposition of East and West. In Sleeping Monkey, however, the audience can see how he has turned to his concern for the environment with works that reflect the relationship between man and nature.

Xiaobai Su moved to Germany for a significant part of his life and career in 1987. Su, continually altering his works, by brushing and pasting layer upon layer of linen and lacquer on the same plane, makes simple, yet materially rich compositions, such as with Breath Contained (2012), Red Contained (2012), and Unfolding Leaf (2012).

Over the last two decades, Wang Huaiqing has gained recognition through his paintings depicting Chinese furniture that are meant to represent “something more” due to the absence of figures. The empty table, as in Red Powder No. 2 (2011), serves as a stand-in for historical figures and the state. Despite being empty, it reflects on the dignity and loss of an entire generation.

Xu Jiang graduated from the Oil Painting Department at the China National Academy of Art in 1982 and later studied in Germany. Recent years, the main theme of his work has shifted to sunflowers, a symbol of an entire generation that grew up after the great wars of the 20th century such as the Cultural Revolution. He explores the cultural exchange between West and East and his paintings are regarded as an opposition to contemporary visual and consumer culture, offering a new development in the Chinese art discourse in the digital age.

Yao Jui-chung received a degree in Art Theory from the National Institute of The Arts (now the Taipei National University of the Arts) in 1994. Yao produces a simplicity and intimacy similar to the images found in household altars with the application of gold leaf in the voids of his compositions, such as those in the Wonderful Series. In this vein, the artist also embeds friends and family in his works, creating works that defy the subject matter in traditional shan shui. The themes of his works vary, but most importantly they examine the absurdity of the human condition.