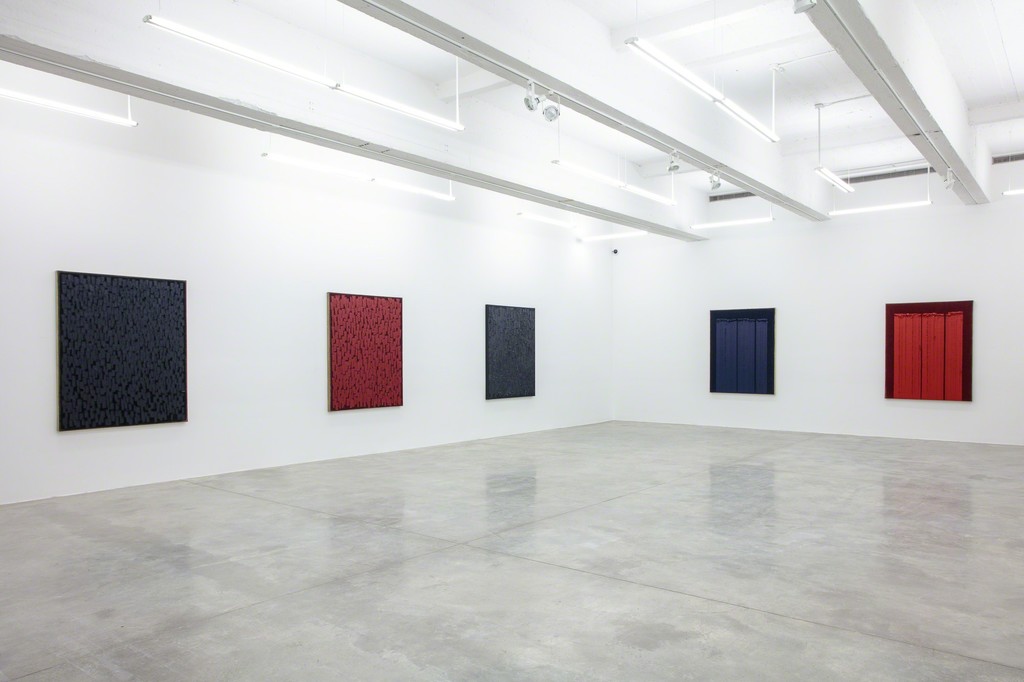 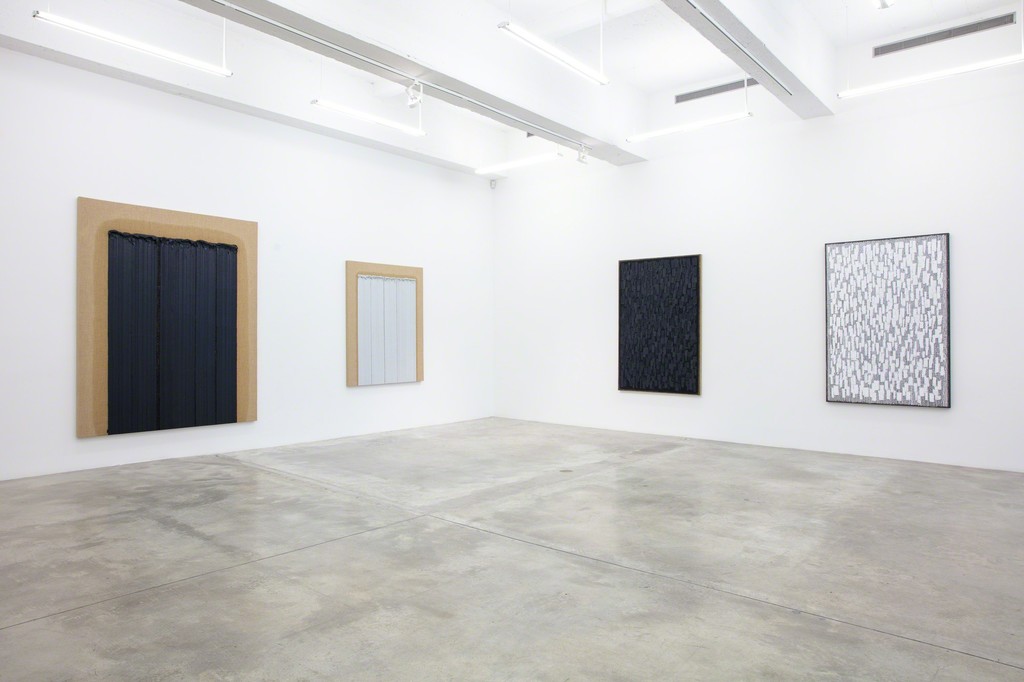 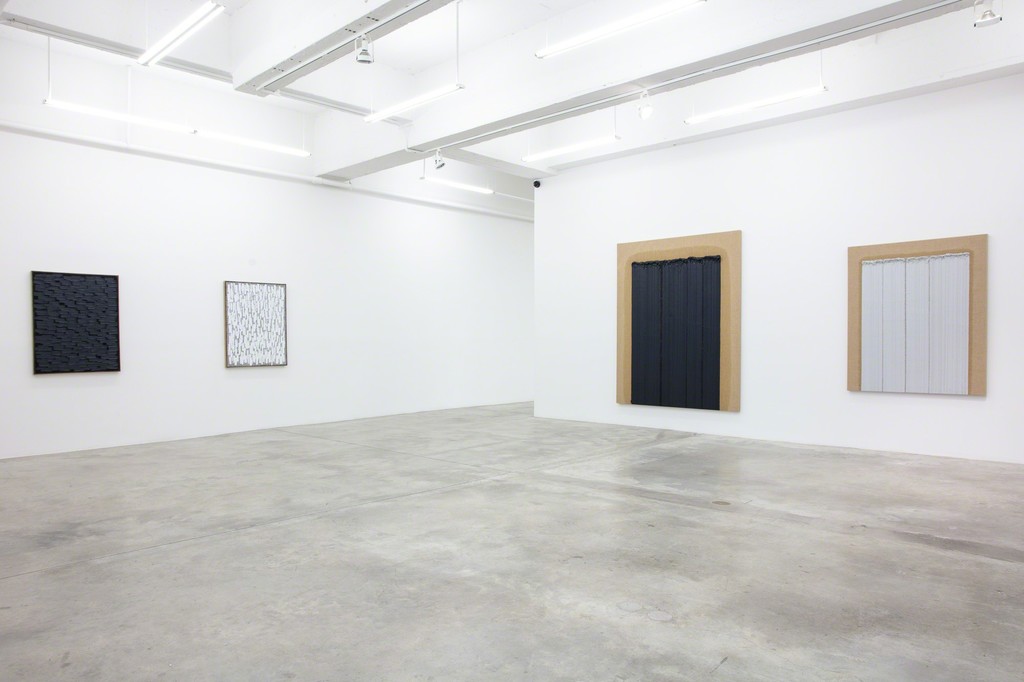 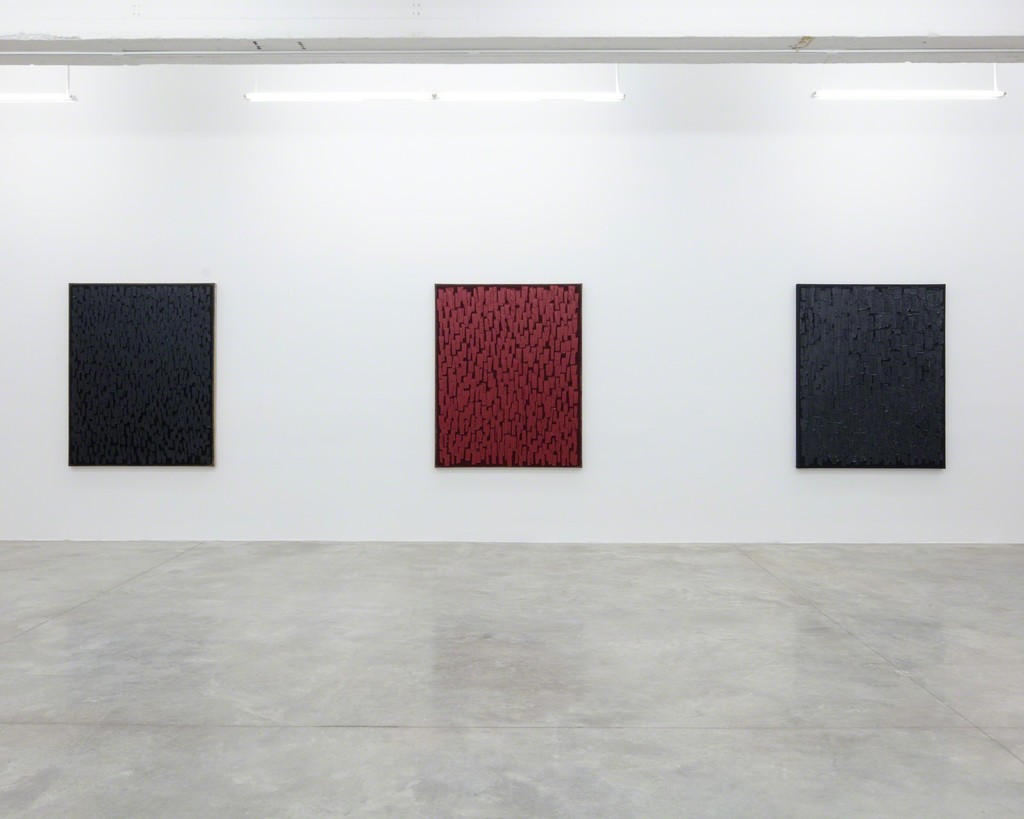 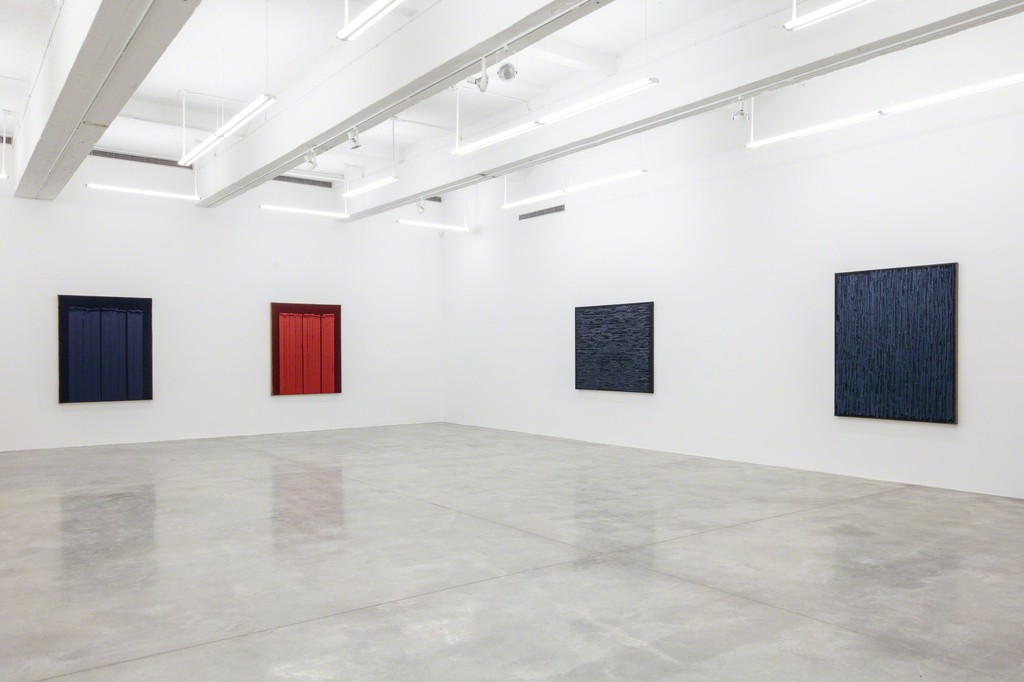 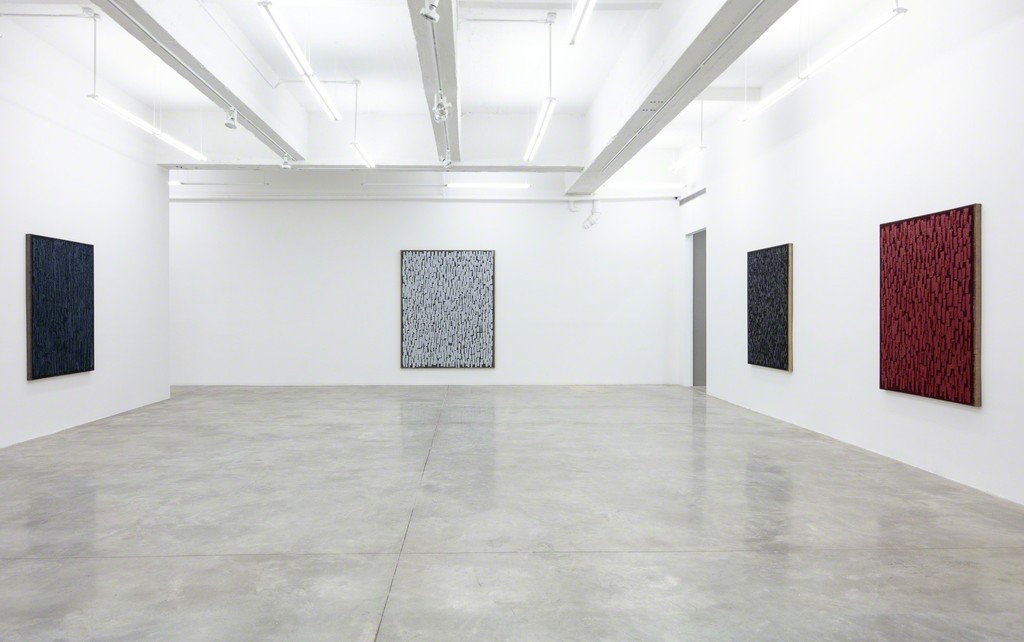 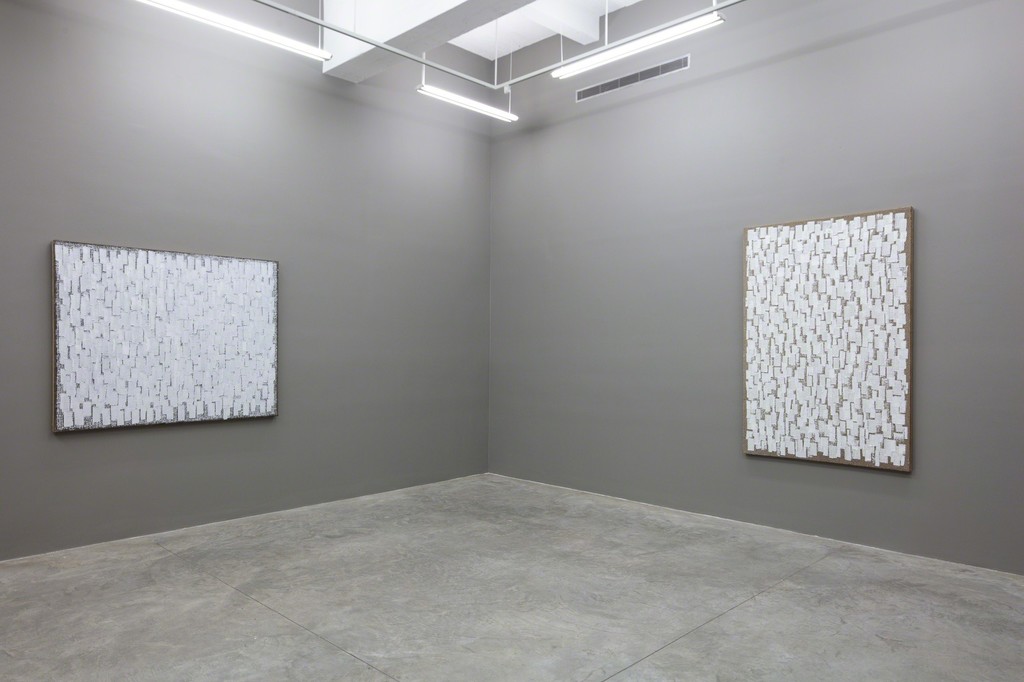 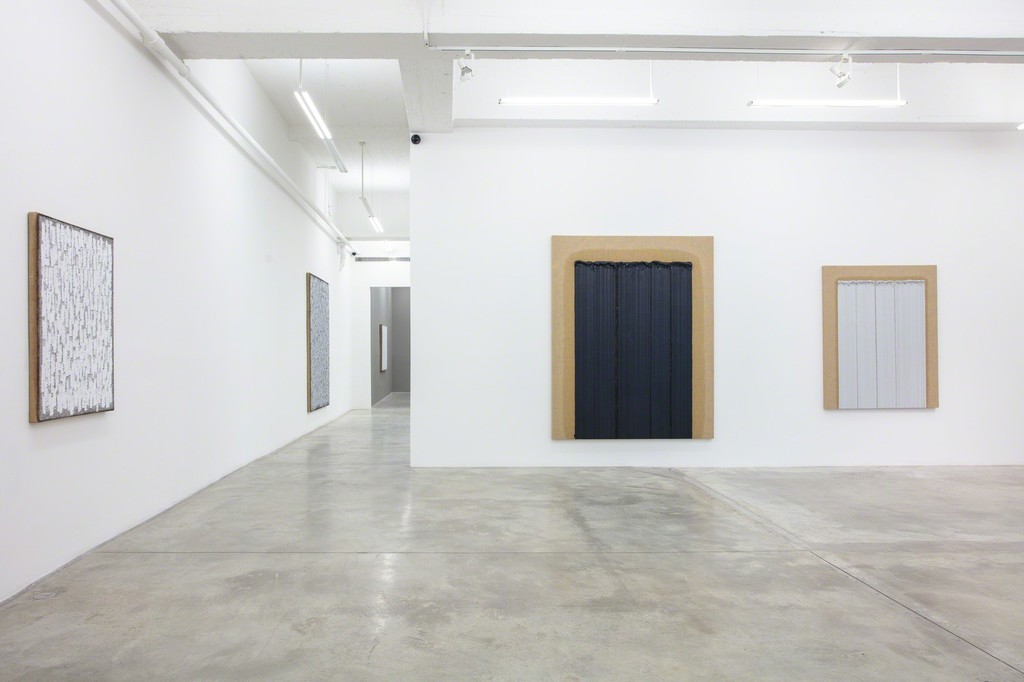 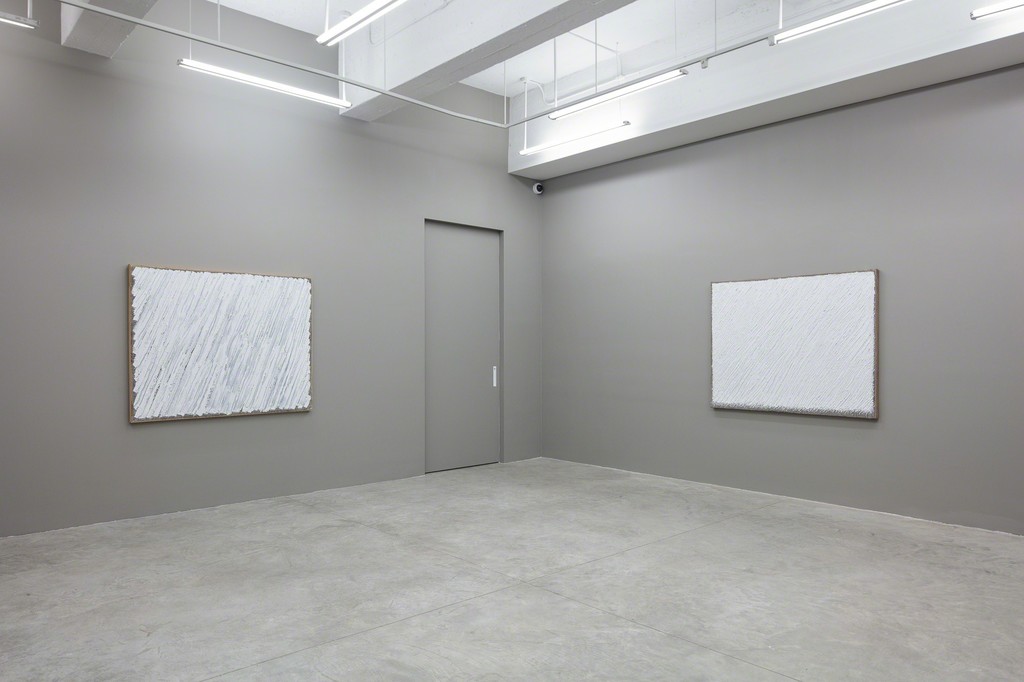 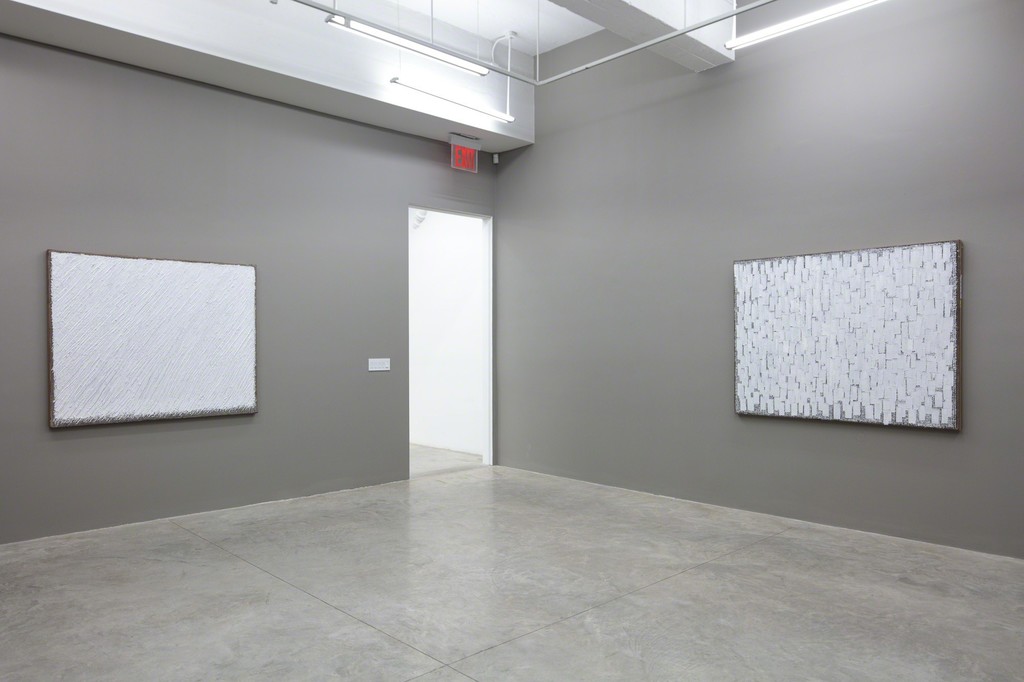 Tina Kim Gallery is pleased to present 'Conjunction', a solo exhibition of works by Korean artist Ha Chong-Hyun. On view from 4 May – 16 June 2018, the exhibition features all-new paintings from his Conjunction series. This marks Chong-Hyun’s third solo exhibition in New York and his second with the gallery.

As a leading member of Korea’s Dansaekhwa (monochrome) movement, Ha gained prominence combining painting traditions from both the East and the West. Working with muted earth tones on burlap and hemp canvases and challenging the strict delineation between sculpture, painting, and performance, Ha was instrumental in defining Korean modernism. His early interest in unorthodox materials including barbed wire, newsprint, and scrap lumber were a direct response to the context of postwar Korea and today the artist continues to balance aesthetic concerns and an innovative technique within a historical milieu. For this exhibition, Chong-Hyun has created artworks not only in his signature palette of neutrals and navy, but also in vibrant shades of red – his brightest color to date.

Each work presented in this solo exhibition serves as a continuation of Chong-Hyun’s Conjunction series, a lifelong project that he began in 1974. In Conjunction, Chong-Hyun celebrates the painterly process by combining physical labor and mindful action into powerful abstract compositions. Rather than applying paint to the front of the canvas, the artist begins by applying it to the backside after which he forces it through the canvas onto the fabric’s front. This process is referred to as bae-ap-bub in Korean, which translates as “back pressure method.” In applying the paint verso, the wet medium records the dense texture of the woven ground as it is pushed through, thereby alluding to what is typically hidden.

Pairing his bae-ap-bub technique with the utilization of a palette knife to lay down thick impasto lines, Ha Chong-Hyun transforms each painting into a visceral three-dimensional surface. This interest in the paint’s body is evidenced in works like 'Conjunction 17-20', which features thick, vertical stripes that jut across the center of the canvas. Protruding towards the viewer, each stripe is given a tactile, voluminous appearance. In addition to the all-new paintings created specifically for this show, the show will include select historical works from Chong-Hyun’s oeuvre.

Accompanying the exhibition is a monograph on the artist, which has been published by Gregory R. Miller & Co., designed by Matsumoto Incorporated and features texts by art critic Barry Schwabsky, H.G. Masters, writer and Editor-at-Large for ArtAsiaPacific, and Hui Kyung An, Assistant Curator of Asian Art at the Guggenheim.

Ha Chong-Hyun has lived and worked in Seoul since graduating from Hongik University in 1959. From 1990 to 1994, he served as the Dean of the Fine Arts College at Hongik University and was the Director of the Seoul Museum of Art from 2001 to 2006.

Ha has had major solo exhibitions at Espace Paul Ricard, Paris (1999); Mudima Foundation of Contemporary, Milan (2003); and Gyeongnam Art Museum, Changwon, South Korea (2004). In addition, he represented South Korea in major international art exhibitions such as Paris Biennale in 1961; São Paolo Art Biennale in 1967 and 1977; Venice Biennale in 1995; and Prague Biennale in 2009. Recent exhibitions include a major retrospective at the National Museum of Modern and Contemporary Art, Korea, Gwacheon (2012), Dansaekhwa Collateral Event of the 56th International Art Exhibition-La Biennale di Venezia (2015) and a solo exhibition at Kukje Gallery, Seoul (2015).