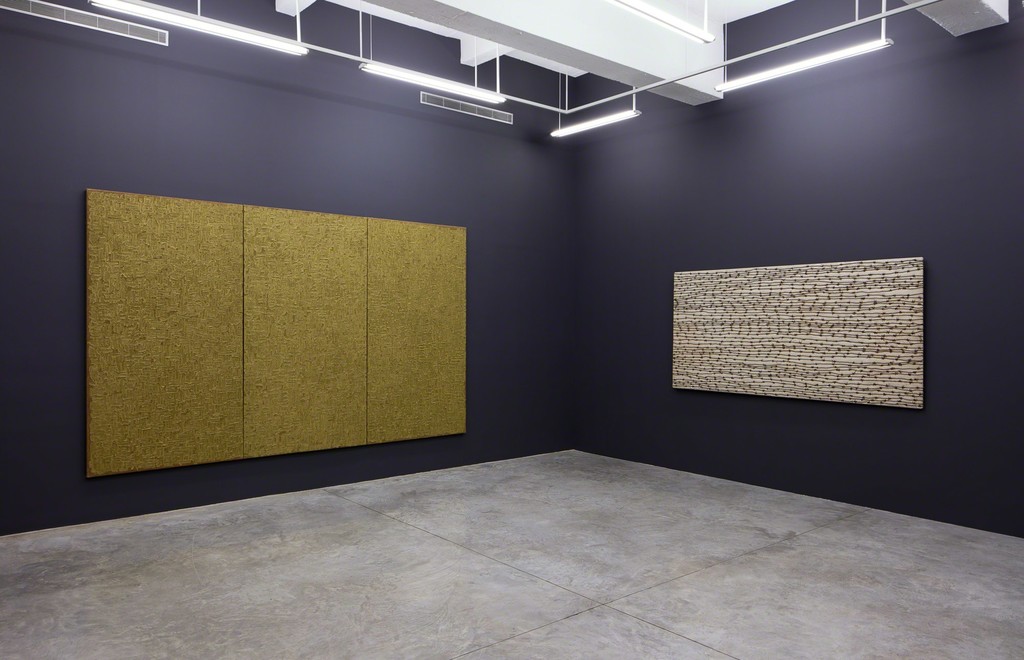 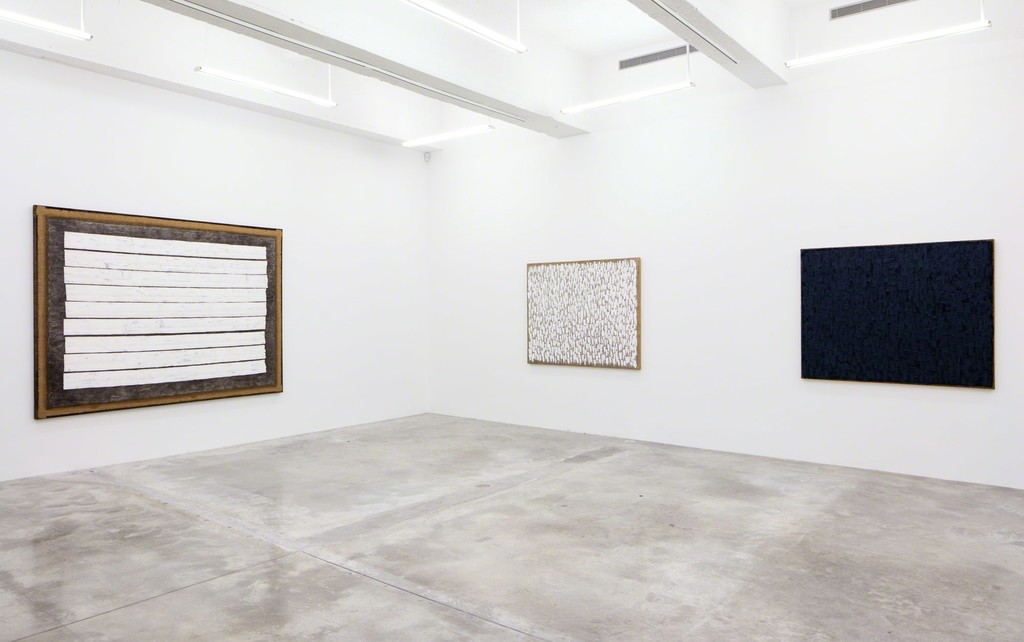 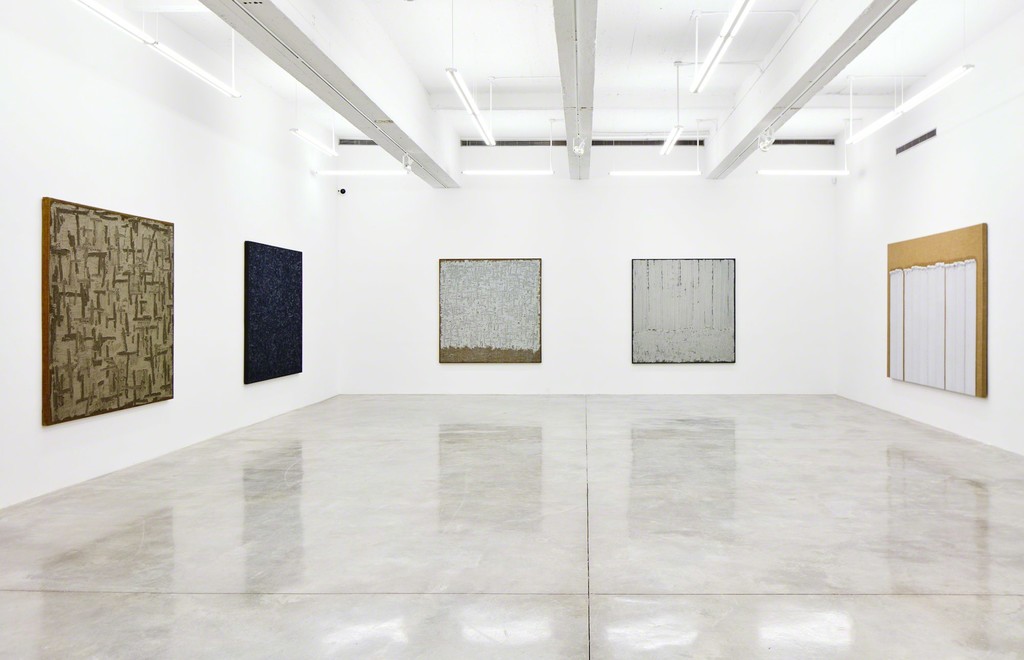 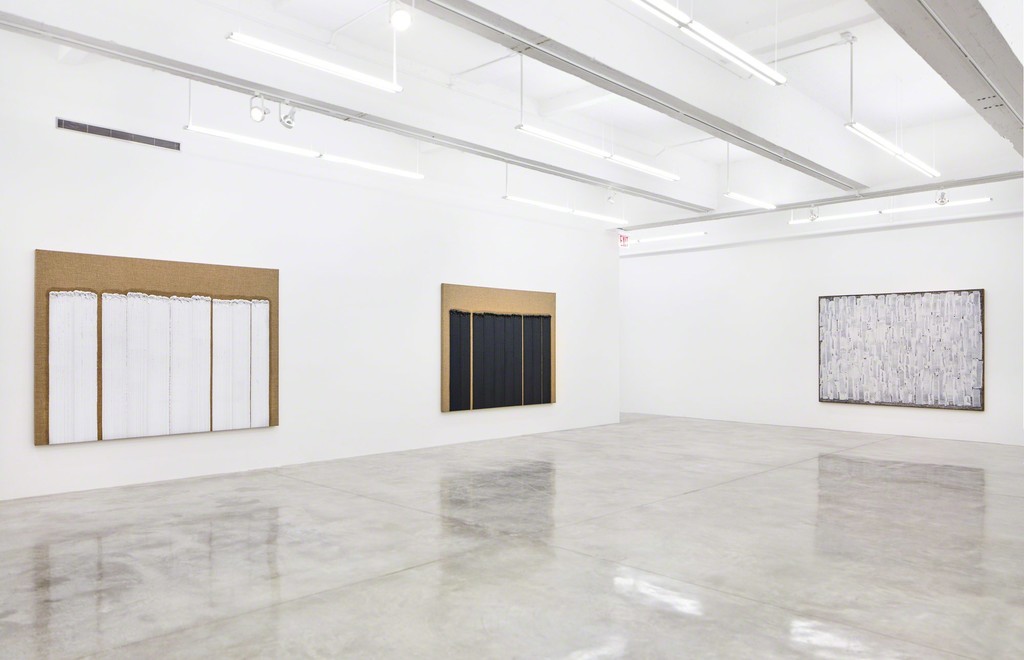 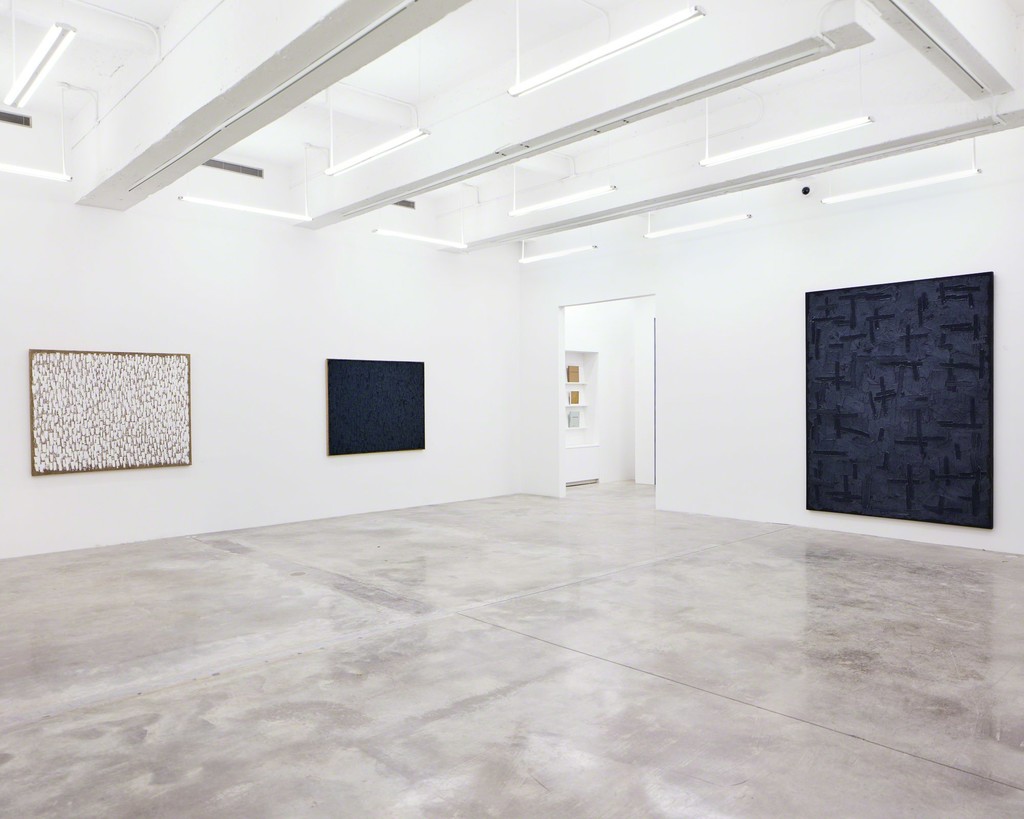 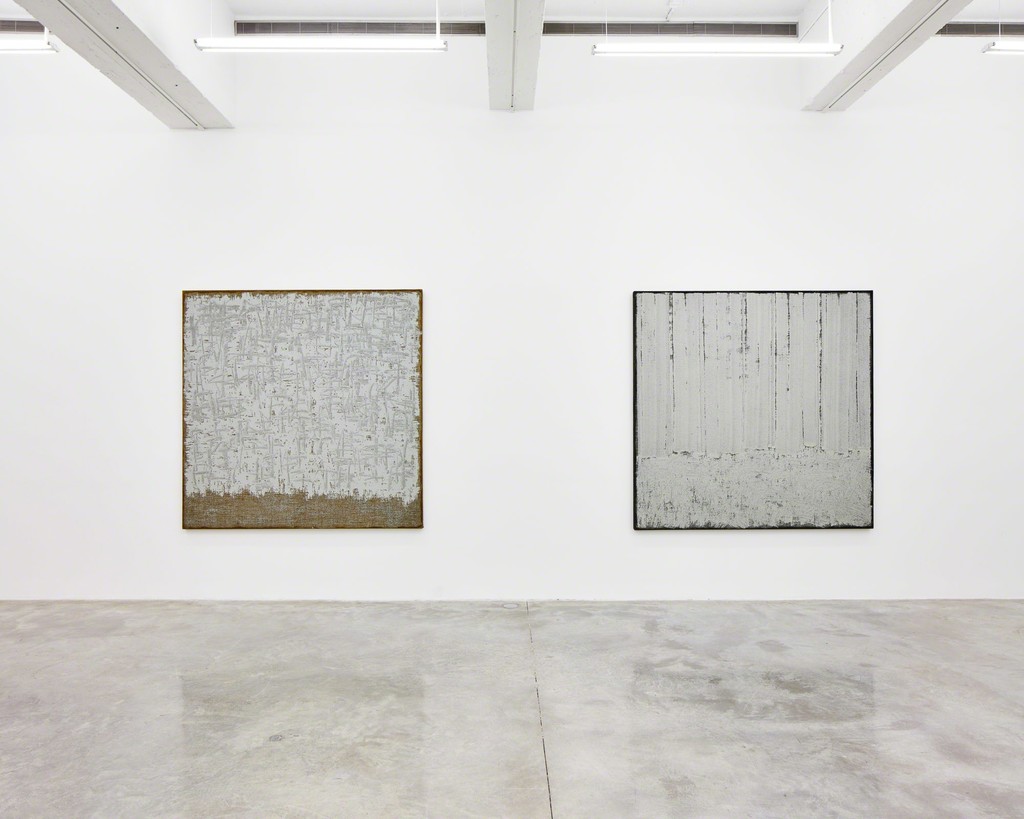 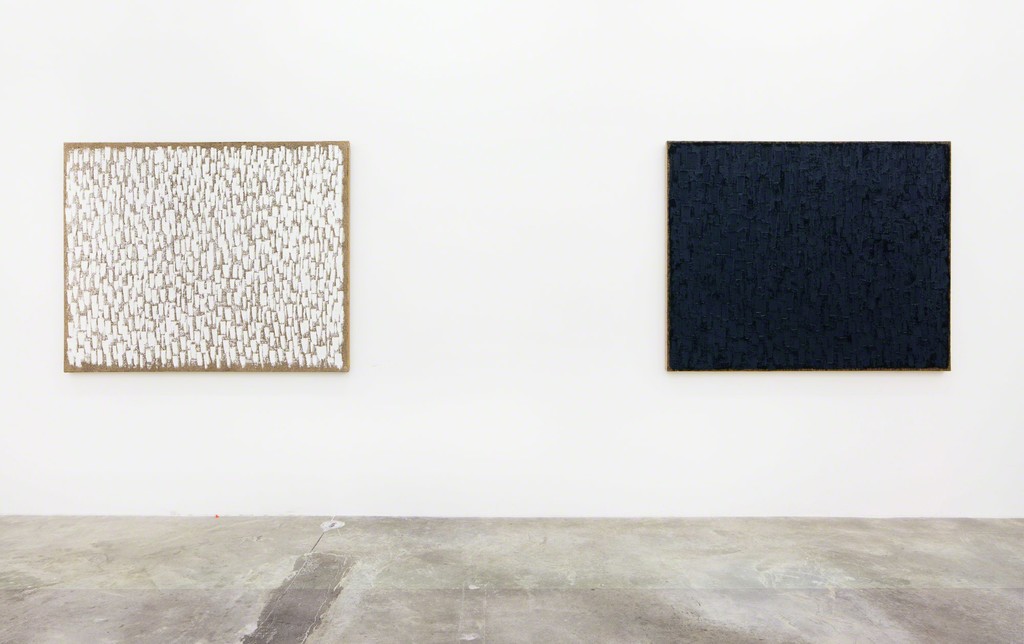 Tina Kim Gallery is very pleased to present a solo exhibition of Ha Chong-Hyun, one of Korea’s most acclaimed artists. A leading member of the movement known as Dansaekhwa, Ha has consistently used material experimentation and innovative studio processes to redefine the role of painting, playing a significant role bridging the avant-garde traditions between the East and the West. While often translated as “School of White” and likened to a Korean version of monochrome, Dansaekhwa is a diverse artistic tradition born out of the tumult that followed Korea’s independence after WWII and the Korean War. For Ha, this period of dramatic social change provided an opportunity to challenge and reinvent the role of art in Korea; confronting contradictions with the West enabled the artist to explore subjects of consciousness and postcolonial identity alongside formal attributes of painting. Within the broad terms of Dansaekhwa, the late 20th century provided a fertile milieu for Ha to invent a uniquely powerful body of abstract work that continues to evolve and challenge audiences today.

Ha Chong-Hyun came to prominence with the advent of his Conjunction series in the early 1970’s. The title Conjunction is the name the artist has given all of his paintings since the early1970s and describes his philosophy wherein the purity of the painting medium and the artist’s physicality merge, or are conjoined, in the act of painting. Committed to redefining modern art and rejecting the mainstream academic trends of the day, Ha developed a process that converted physically demanding studio processes into poignant abstract compositions often likened to skin. Characterized by a rough matrix of paint that is pushed through the picture plane, Ha’s paintings balance ruptures and abraded surfaces with carefully drawn forms incised in the paint. This groundbreaking work was immediately distinguished by three characteristics that became signature attributes of his practice. The first is Ha’s use of common burlap as his ground, a choice that both broke radically with art tradition and poignantly evoked the poverty and raw physicality of postwar Korea. The second is the way Ha applies his paint, approaching the picture plane from the obverse and pushing thick layers through the burlap weave to the front—an unprecedented method that creates a highly specific surface that balances control with organic subtlety. The final signature aspect of Ha’s paintings is his muted palette. Characterized by earth tones, these color choices reflects a core conceptual principle of the artist whereby he uses colors that occur in life. In this way his colors directly evoke elements of the landscape, be they the sandy soil of the village or the mottled black roof tiles of traditional Korean homes.

Ha Chong-Hyun refers to his technique of painting as bae-ap-bub (back-pressure method) and it illustrates his defiant attitude towards pre-existing modes of paintings where there is a strictly delineated front of the picture. Posing the question of whether a painting can have two sides, Ha poignantly frames the pressures that have confronted Korean culture in the 20th century, and his highly personal style highlights his commitment to resisting Western influences and creating a new authentic voice. The ongoing Conjunction series that has occupied Ha for more than four decades confronts these tensions that hold material to the ground, showcasing the process where Ha uses his own hands and crude tools to shape the paint. By allowing the thick painted gestural shapes to hover in a kind of suspension, the artist seems to challenge the very definition of the artwork, pushing its mechanics (and its politics) into the foreground.

In his most recent work Ha has expanded upon his practice of transforming three-dimensionality into a two-dimensional surface by experimenting with new ways to add materiality and a sense of volume to color. A noteworthy component of his new work shown in this exhibition is the way the artist uses “smoke” as part of his palette. When a work is exposed to heavy char smoke, the soot naturally attaches to the painted surface and the resulting work reveals new colors with distinctive shades. Ha utilizes the way this naturally occurring color blends with the burlap, and this process of modifying the material with his own artistic language is a critical aspect of his newest Conjunction paintings.

This comprehensive exhibition at the gallery provides an invaluable opportunity to experience an artist whose work has challenged the traditional definition of painting and helped open a new and vital chapter in Korean abstract art. Still active in his eighties, the show will include both historical works as well as paintings made specifically for the exhibition.