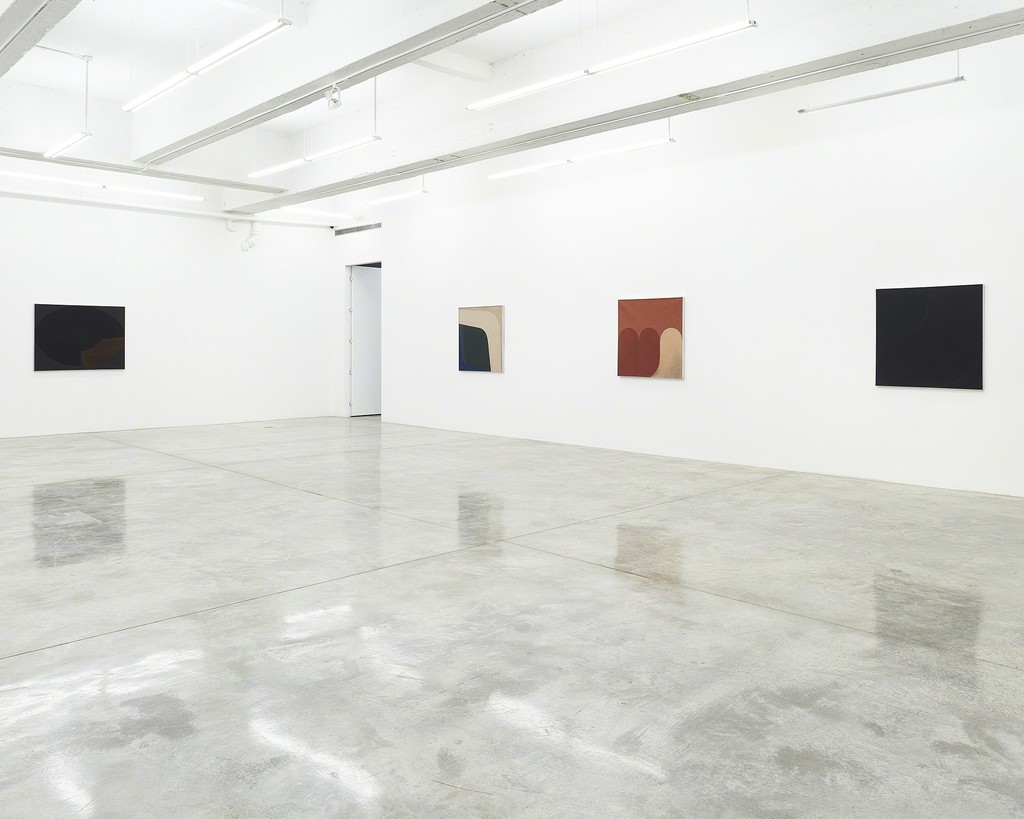 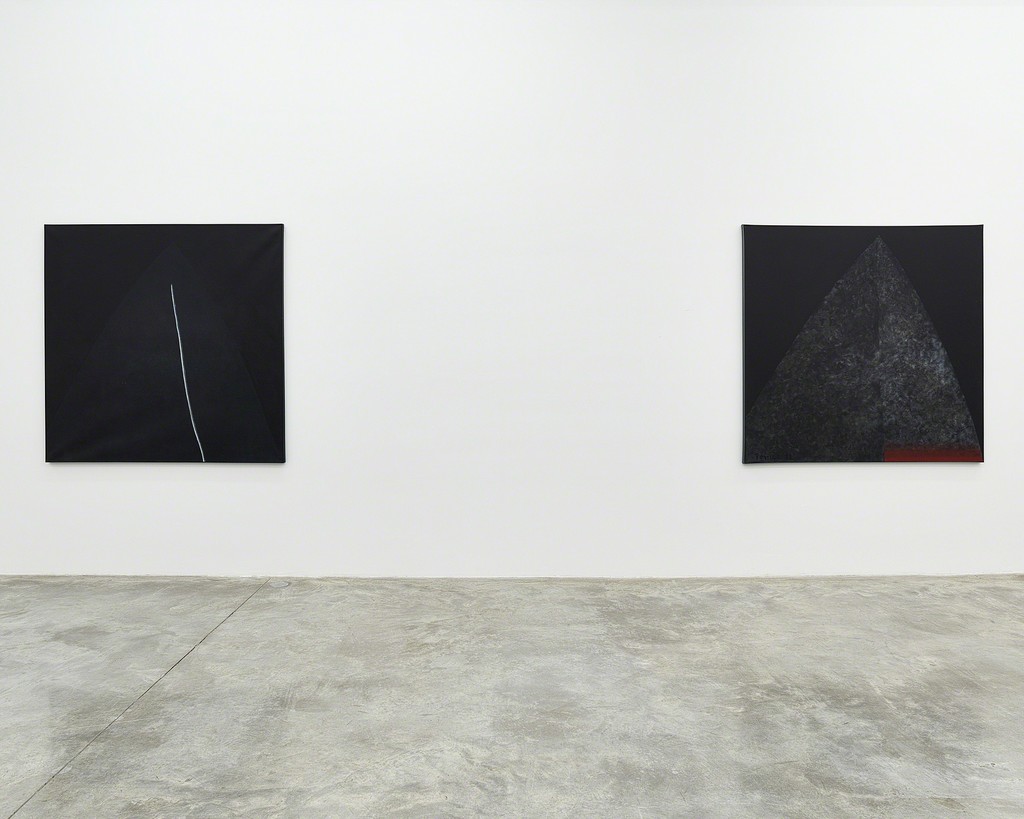 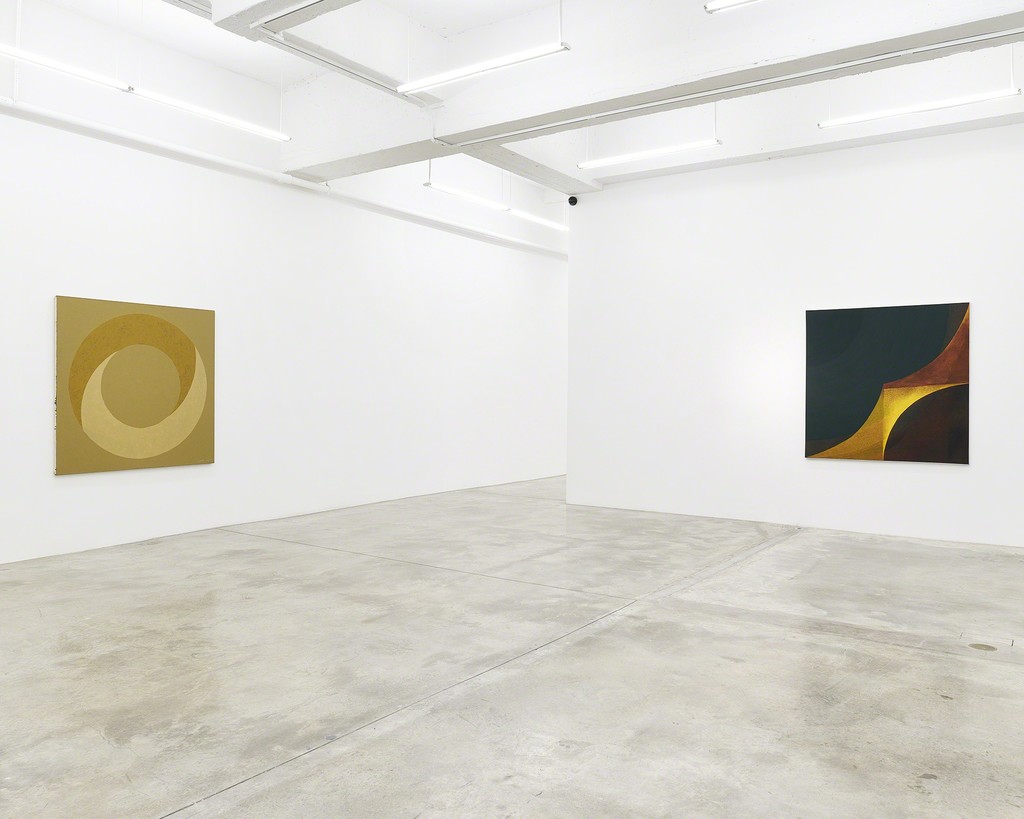 Tina Kim Gallery is pleased to present a solo exhibition of work by Japanese-Brazilian artist Tomie Ohtake, a central figure in the history of Brazilian abstraction. From her first publically exhibited works in the mid-1950s until her death in 2015, Ohtake's dedicated exploration of the formal, temporal, and, arguably, spiritual aspects of color, shape, and gesture has resulted in an extraordinary deep catalogue of work that has too rarely been seen outside of Latin America. On view from March 2 – April 2, 2016, this exhibition is the artist's first in the United States in over 20 years, providing a broad view of the nuanced practice of this master of pictorial space and form.

One of the leading proponents of a painting style that privileged a gestural, informal approach, Ohtake departed from the dominant strain of concrete, geometric abstraction that was strongly associated with international movements of the earlier 20th Century in Brazil and beyond. After moving from her birthplace of Kyoto to Brazil in 1936, she became closely associated with the Seibi group, an informal network of Japanese-Brazilian artists united by an interest in abstraction. Yet she was also connected to wider groups of critics and artists, including Willys de Castro, Mário Pedrosa, Paulo Herkenhoff, and Mira Schendel among others. Her multiple affiliations and connections freed her from alignment with any one particular approach to art making and positioned her on a relatively singular artistic path.

Ohtake’s formal economy is remarkable -- everything is exactly as it needed to be, no more or no less. Above all, her work is united by an inquisitive and experimental spirit that ultimately focuses on the experience of the work itself, both for the maker and for the viewer. Her paintings, even the geometrically inflected ones, always retain a fundamental interest in atmosphere and its effects. To retain a clear focus on the experience of the work in and of itself, Ohtake eschews metaphor and specific material references to such a degree that every one of her works is untitled. Her process was always evolving, but consistently deliberate, thoughtful and specific throughout her career.

To trace this evolution, Tina Kim Gallery’s exhibition includes work from an active fifty-year span of Ohtake's career, from 1956-2010. The chronology begins with compositions from the mid-1950s that demonstrate the origins of her sensitivity to color and strong formal composition that exist throughout her years of work. In her pieces from the late 1950s, we see the brushstrokes loosening and forms getting more ethereal. During this same time period, Ohtake began experimenting with "blind paintings" in which she painted blindfolded in order to free her artistic process from the strictures of vision. The resulting works are haunting and expressive, seeming to coalesce in momentary formations before becoming something else. Following this series, her work then returns to more specifically structured and geometrically focused compositions. Indeed, in the late 1960s, she begins to play with printmaking, creating bold and expressly graphic works that skillfully take advantage of the medium, clarifying new formal concerns that will translate into her paintings of the period and broaden her experimentation with color.

In the centralized, delineated forms and surfaces of a selection of paintings from the late 1970s and 1980s, one can trace motifs and spatial relationships that reappear throughout her oeuvre -- circles, ovals, arcs, mounds, in tones both earthly and vibrant. The surfaces become increasingly complex, layered and active, and careful viewing reveals layer upon layer of paint that cumulatively builds a remarkable depth of hue. In the most recent paintings on view, Ohtake clarifies her geometric and color concerns even further, tightening compositions and activating surfaces in works that invite contemplation and immersion into the logic of her work.

Tomie Ohtake was born in Kyoto, Japan in 1913 and lived in São Paulo, Brazil from 1936 until her death in early 2015. She began working as an artist professionally only in her late 30s, immersing herself in an exploration of abstraction first in paint, and expanding into printmaking and sculpture in later years. Throughout her long and prolific career, she was the subject of numerous solo exhibitions, including several at Museu de Arte Moderna de São Paulo since her first in 1957; major exhibitions at the Hara Museum of Contemporary Art, Tokyo; Mori Art Museum, Tokyo; Barbican Centre, London; The Museum of Modern Art, Rio de Janeiro; and a retrospective at the Instituto Tomie Ohtake in São Paulo upon the occasion of her 100th birthday, among many others. She has participated in numerous international biennial exhibitions, including Venice, Havana, Cuenca and eight iterations of the Sao Paulo Bienal. Since the 1980s, Ohtake has produced several major public sculptures for cities and towns all across Brazil, including iconic pieces throughout her hometown of Sao Paulo like the murals adorning the Consolacao stop of the Metro. In 2001, Instituto Tomie Ohtake opened its doors in São Paulo with a program dedicated to illuminating contemporary art since the 1950s and preserving the legacy of Tomie Ohtake.

Founded in 2001, Tina Kim Gallery annually participates in more than twelve international fairs and is devoted to showcasing contemporary art. The gallery is affiliated with Kukje in Seoul, South Korea, regularly collaborating on exhibitions that feature both emerging and internationally renowned artists. Tina Kim Gallery also works closely with Vintage 20, a private dealer specializing in mid-century furniture and design.