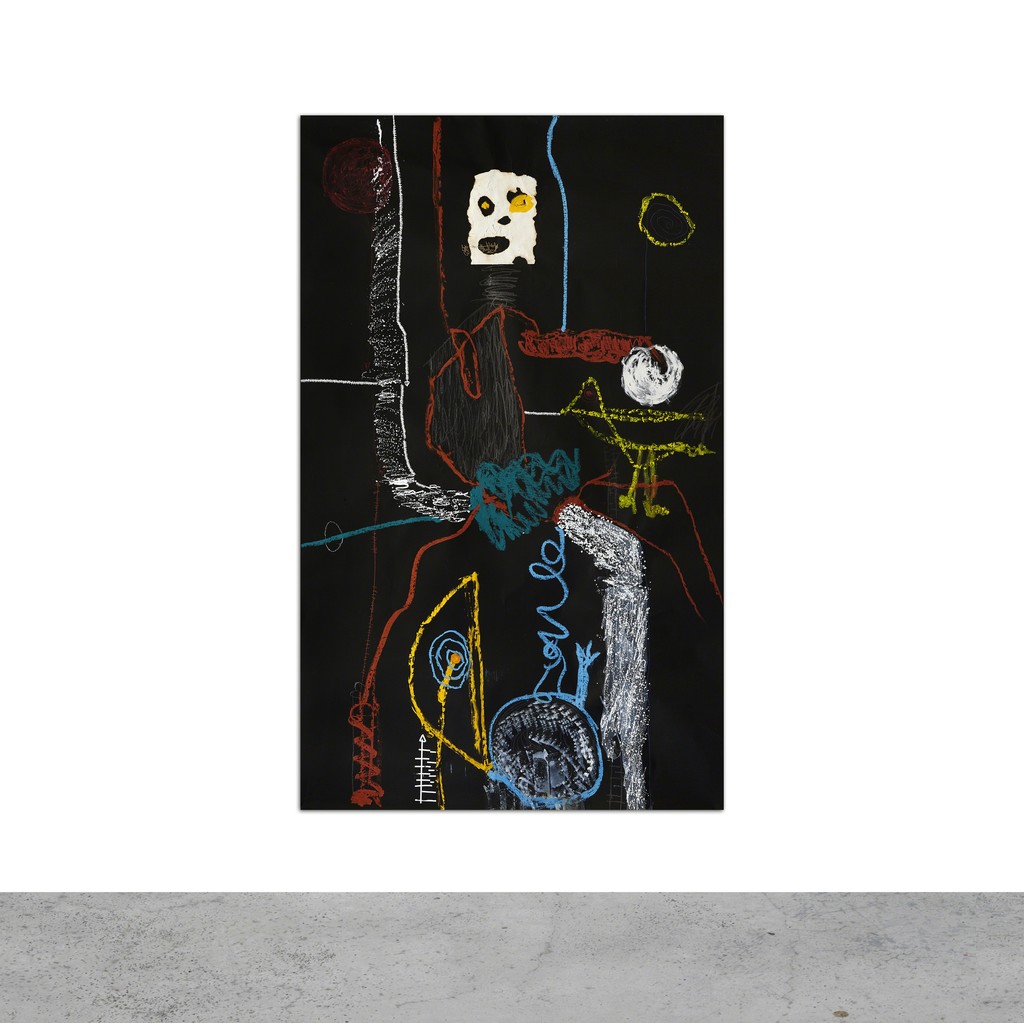 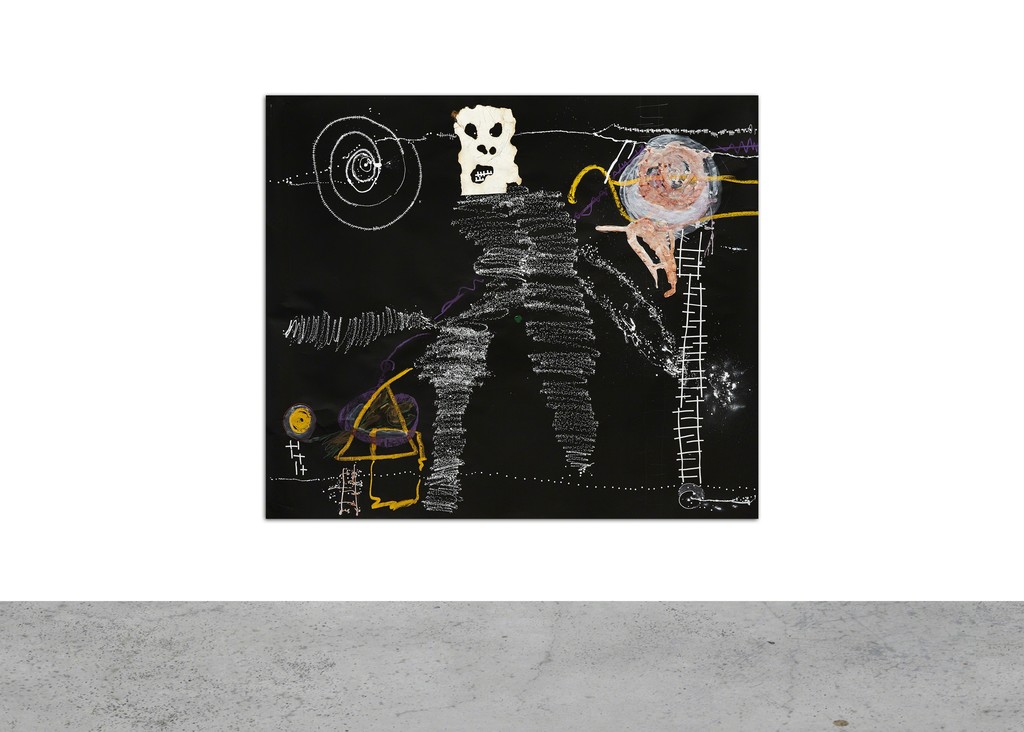 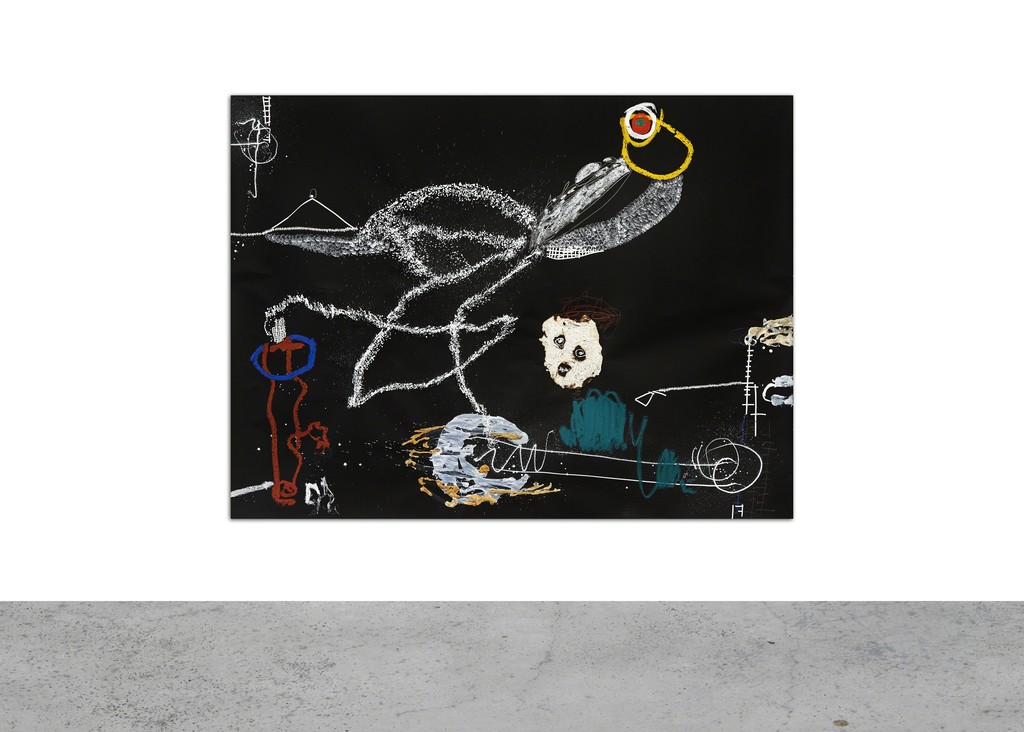 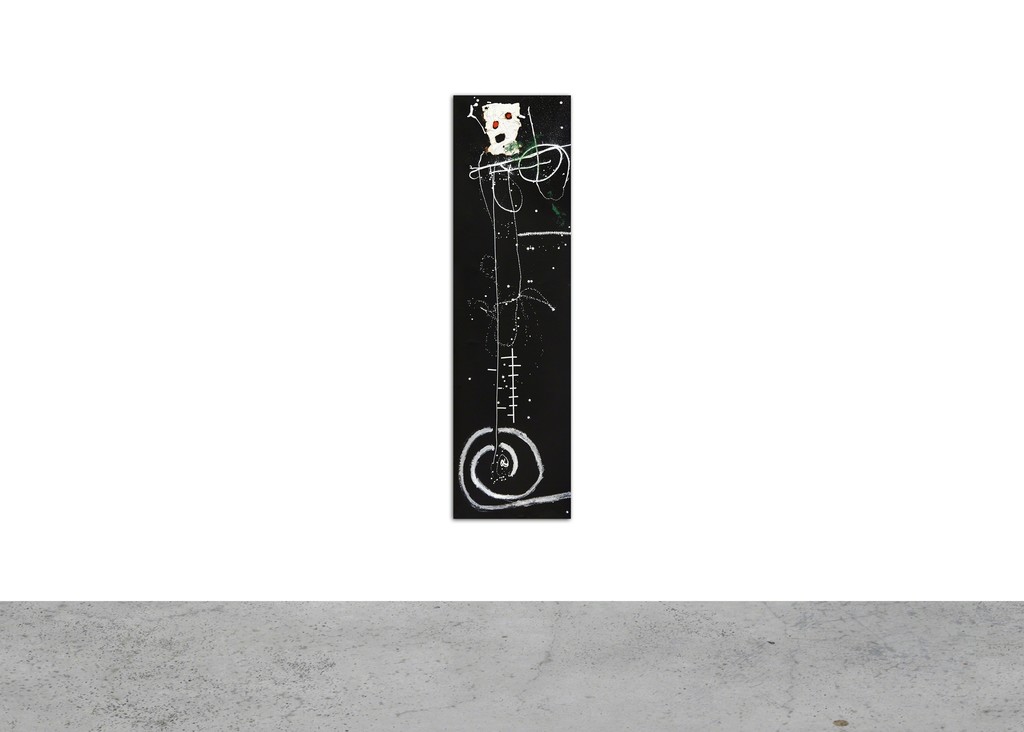 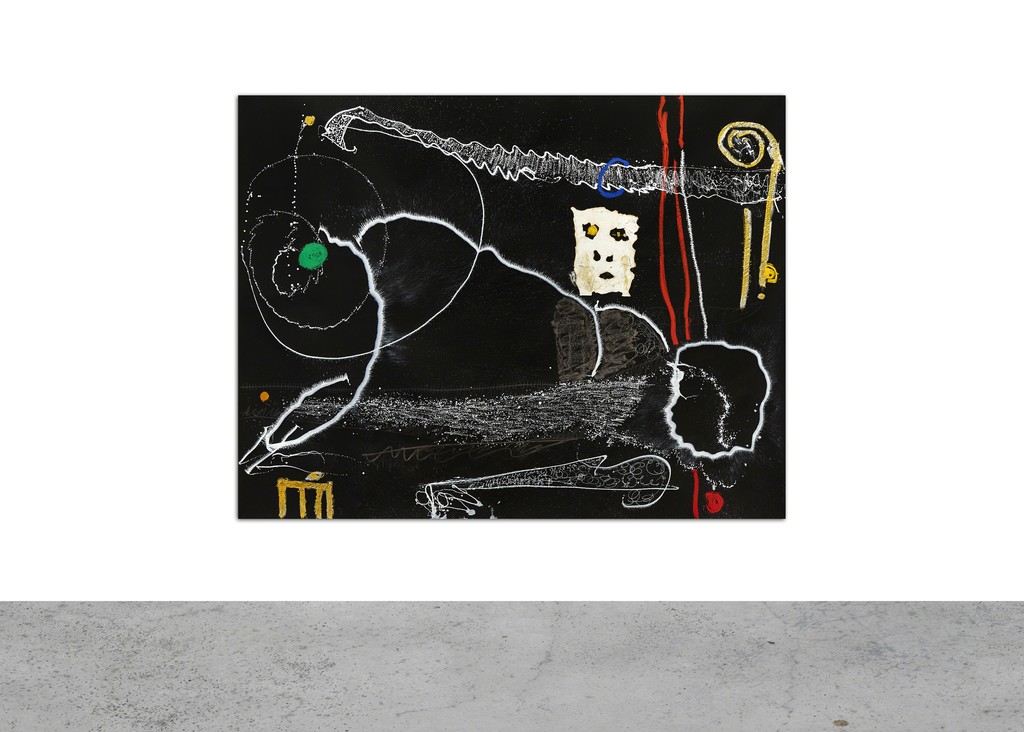 In his pictorical work, Oussou reflects on the relationship between past and present, and envisions
how painting can function as a repository for culture. The large works on paper presented in this
exhibition illustrate the artist’s on-going interest in mining the past (languages, traditions and objects)
for inspiration. Oussou writes: “I have a desire to document the vanishing before it is completely
gone, to keep the trace of the tradition, the imprint of the past in the future.”

Oussou paints exclusively on black paper and favours large-scale formats. The paintings showcase
his distinctively gestural style with drips, scratches, splatters and calligraphic marks. Distorted
figures, faces, objects and symbols float freely against the dark background of the paper. Much of
the work in this exhibition was inspired by drawings and scriptures Oussou observed in his
immediate environment, such as charcoal wall doodles made by playing children in his hometown of
Allada, Benin; and chalk markings recording remittances on the walls of his grandfather’s atelier.
Oussou is interested in commonplace, everyday life drawings – the kind that is barely noticeable yet
ubiquitous, and highlights drawing’s nature as a universal human endeavour, a shared visual
language of expression.

The artist cultivates a keen interest in the physical properties of paper, such as colour, shape and
texture and often presents his pictorial works alongside sculptural installations using tree branches
and twigs. Carefully arranged on the floor, they evoke the highly stylised and visual manifestations of
cuneiform languages, and nod to the transformative process by which natural organic matter
becomes artistic support.