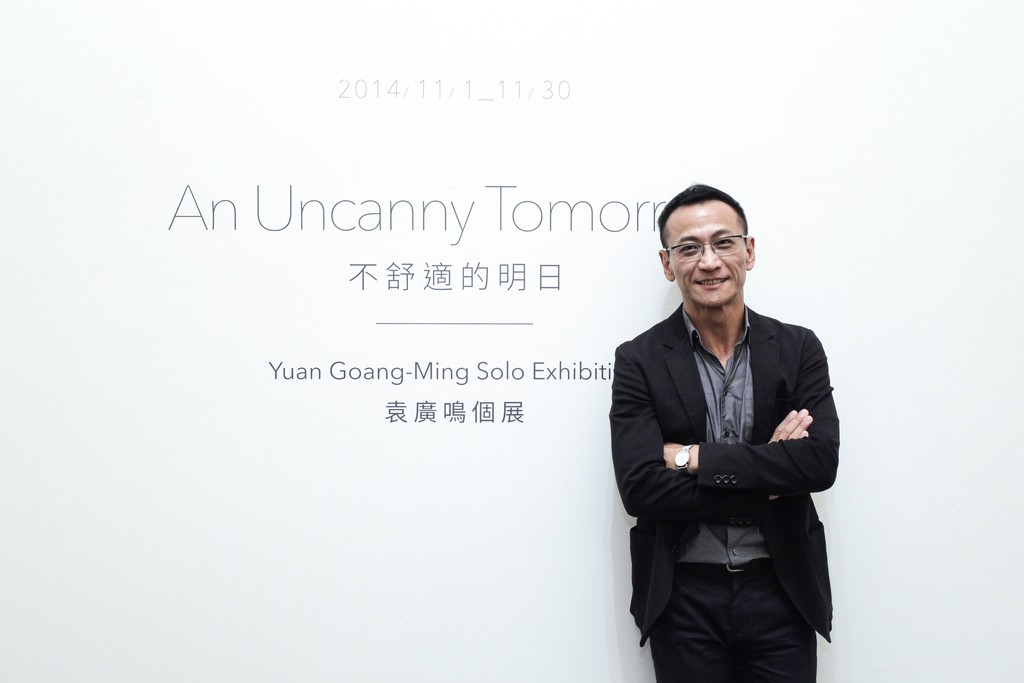 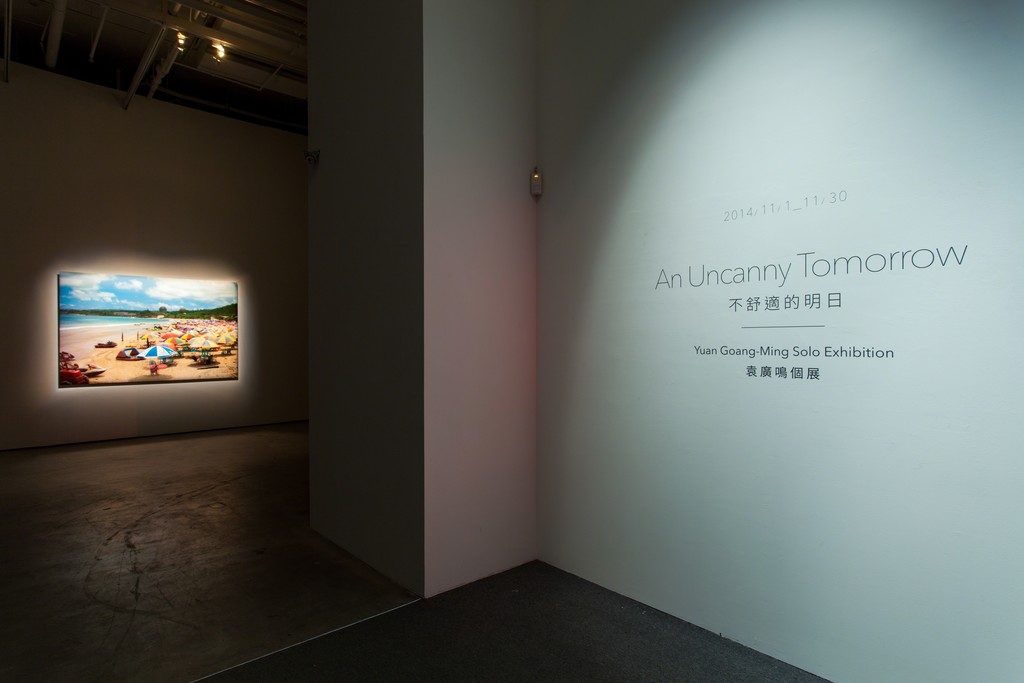 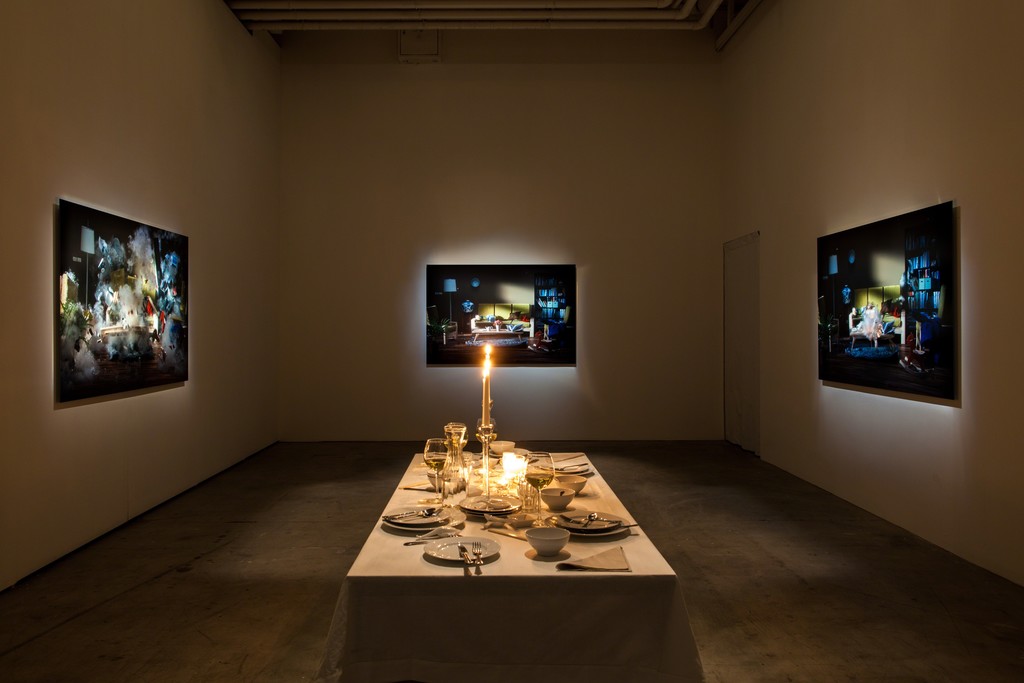 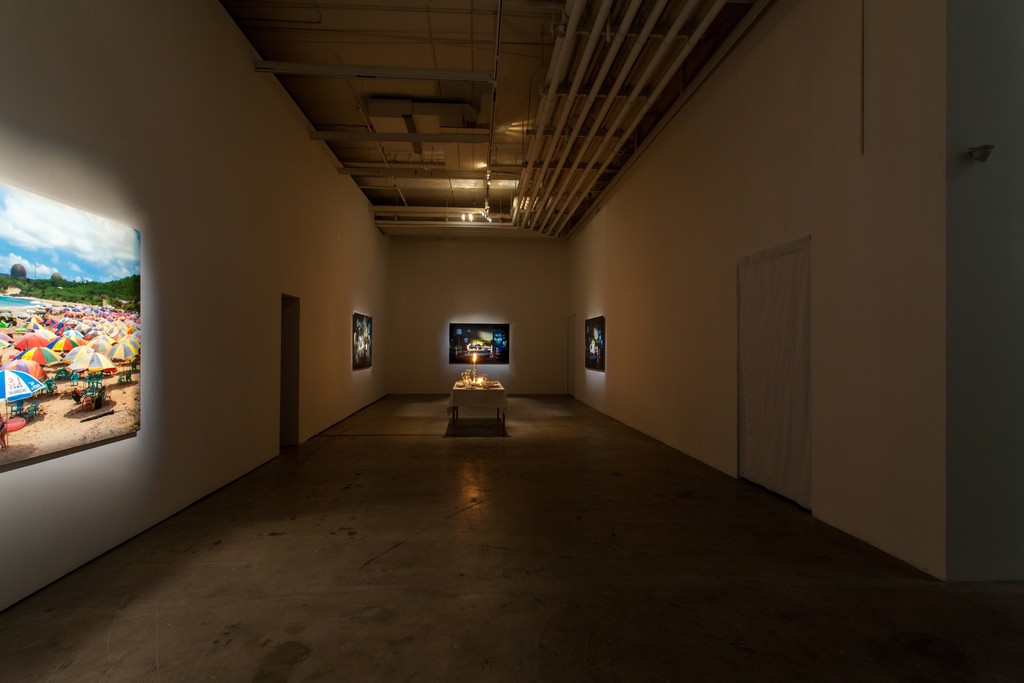 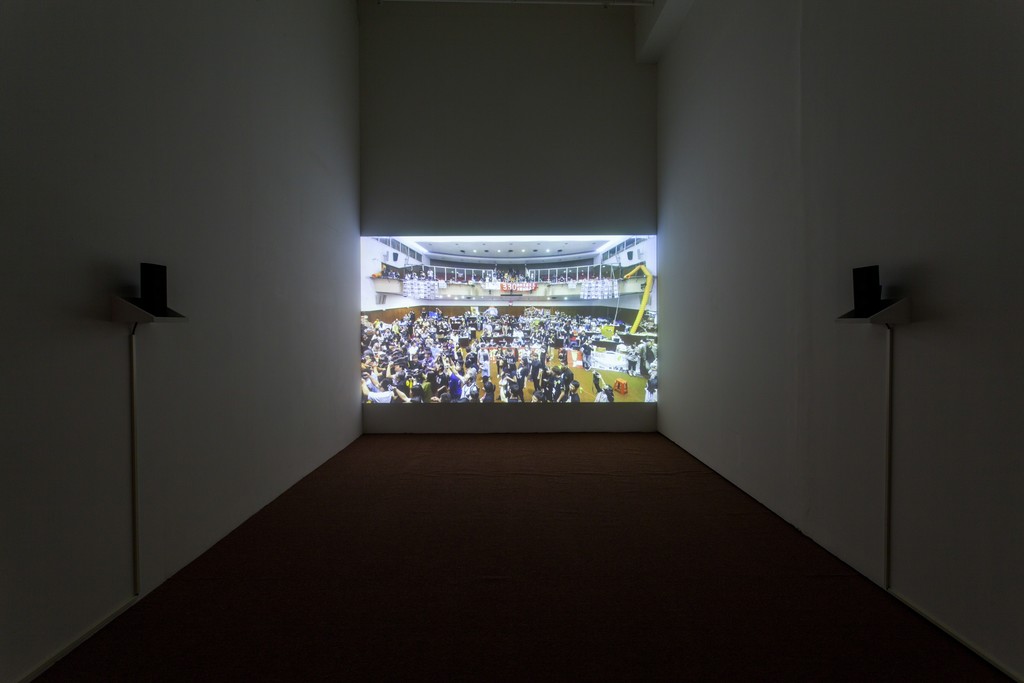 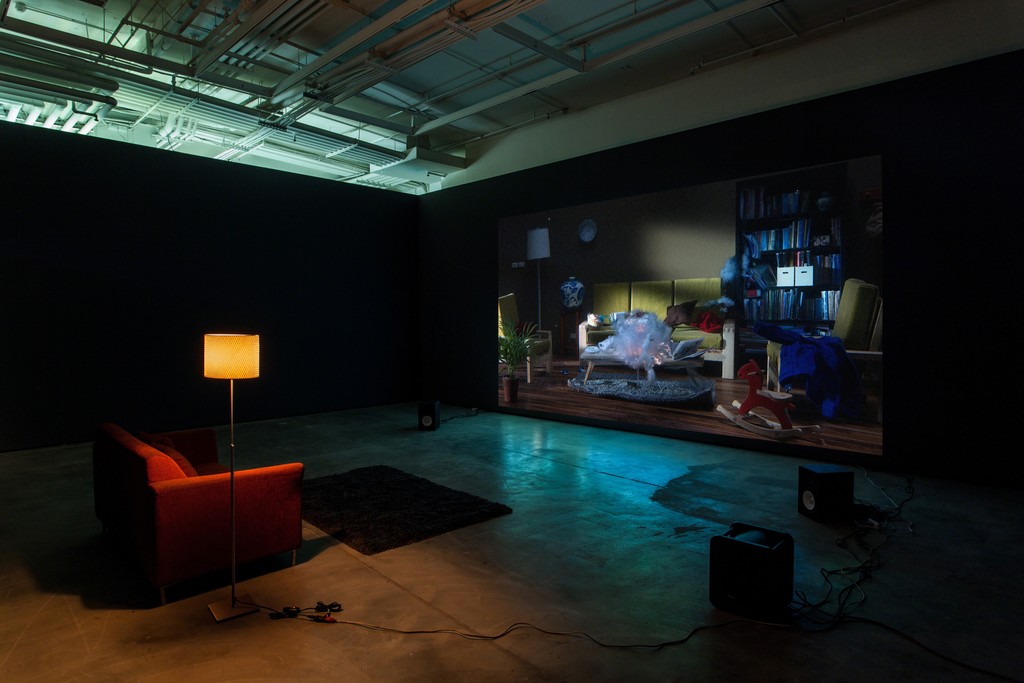 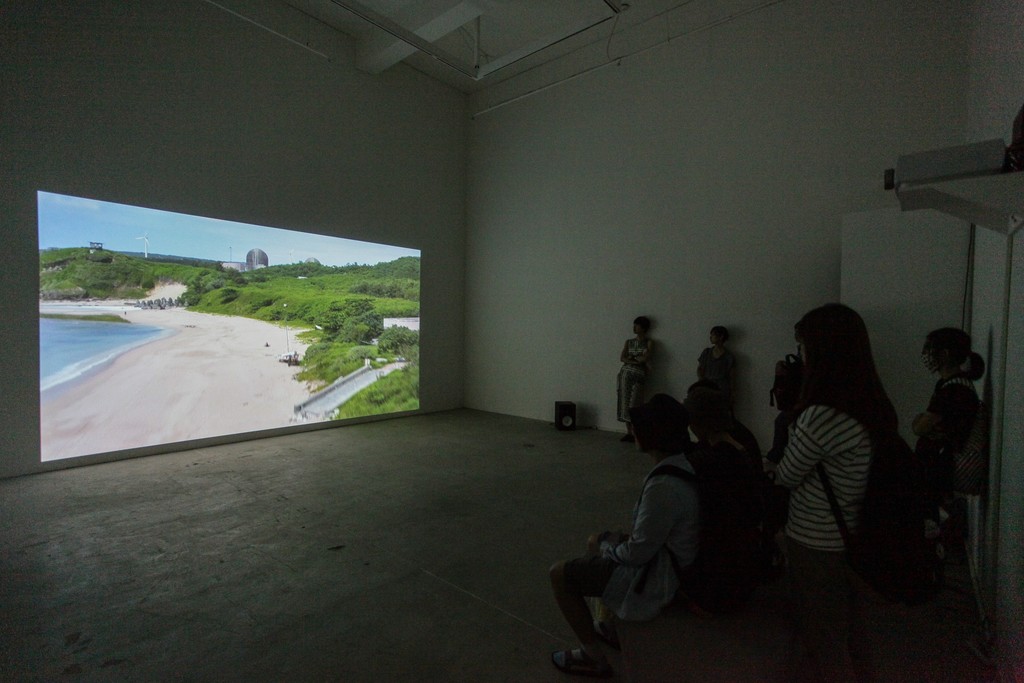 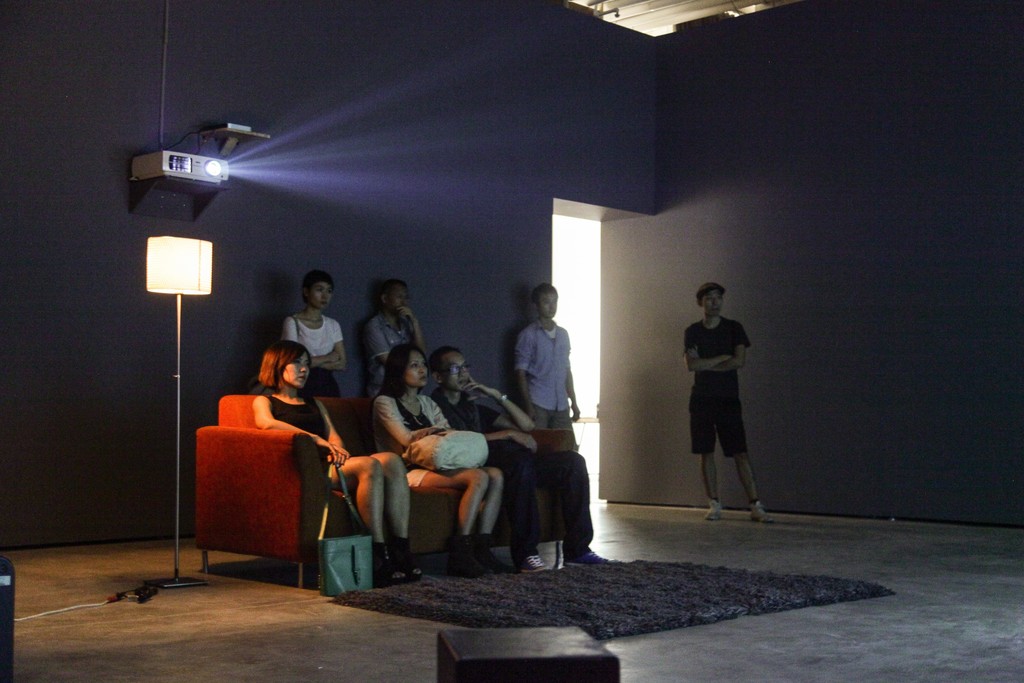 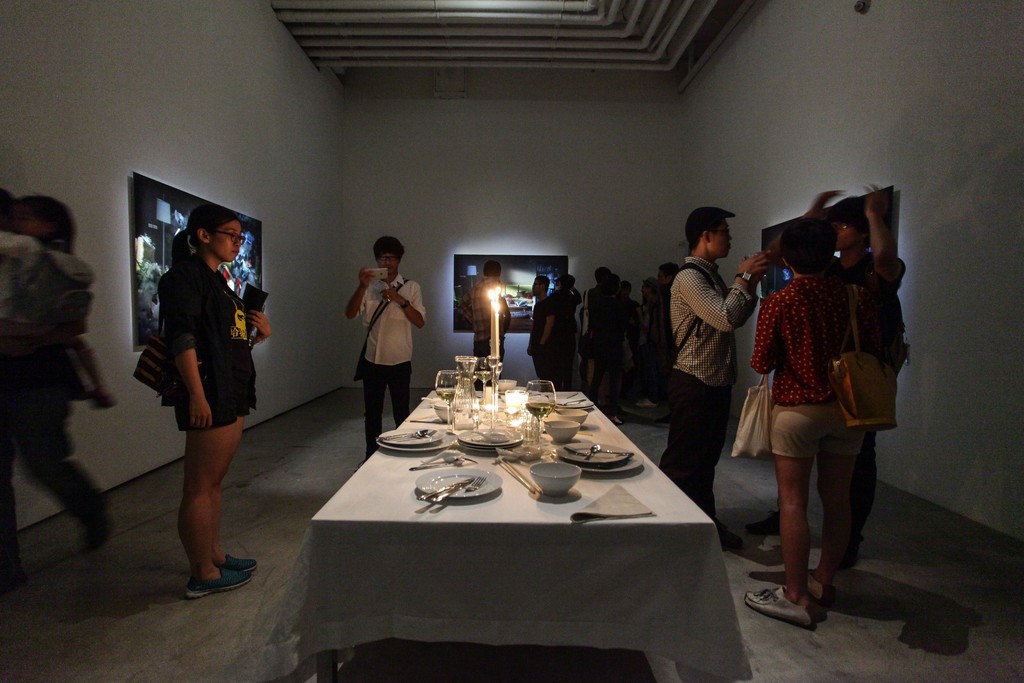 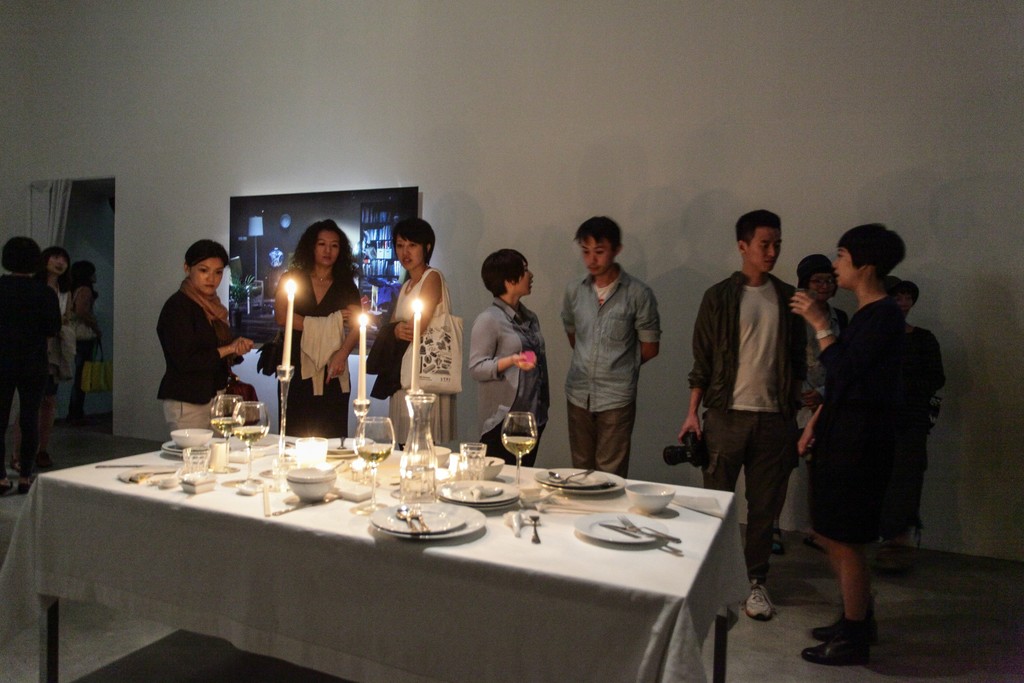 TKG+ is pleased to present the latest of Yuan Goang-Ming’s lens-based work in the exhibition An Uncanny Tomorrow－Yuan Goang-Ming Solo Exhibition (November 1 – 30, 2014, opening reception on Saturday, November 1, 6:30 p.m.). Comprising videos, photographs, and a kinetic installation, this solo exhibition revolves around the concept of dwelling, examining man’s relationship with the environment, and the profound impact they have on one another. Through a careful wielding of video techniques and film theories, Yuan challenges viewers’ perception of reality, and transforms quotidian imagery into a poignant critique of the status quo in Taiwan.

Dwelling (2014), a looping video piece inspired by German philosopher Martin Heidegger (1889-1976), captures the serene living room of a middle-class household that explodes and returns intact. Heidegger believed that harmony among the sky, earth, divinities, and man is key in peaceful dwelling of mankind. This belief is the starting point for Yuan’s own inquiry into human existence. Inspired by marriage, children, and domestic life, Yuan bases his art practice in the concept of home, with a focus on the abandoned and the fleeting, highlighting a lurking sense of anxiety in the mundane.

Turning his gaze from the domestic to the public domain, Yuan takes viewers on a journey around Taiwan in video piece Landscape of Energy (2014), from abandoned residential properties in Taichung, to an elementary school on Orchid Island, from the crowded South Bay of Pingtung that neighbors the nuclear power plants, to a simulated control room inside the plant. Juxtaposing the inhabitants with intangible danger of nuclear energy, Yuan questions the possibility of peaceful dwelling.

Critiquing the current political climate in Taiwan, video piece The 561st Hour of Occupation (2014) documents the Sunflower Movement, a student-led Taiwanese protest movement which opposes any trade deals with Beijing before an official cross-strait watchdog is established. Students-occupied Legislative Yuan became the subject under scrutiny through Yuan’s camera lens. Despite his apparent detachment from the scene, Yuan voices through this work his discontent with the failing state and his concern about the future of the people.

Yuan Goang-Ming (b. 1965) lives and works in Taipei, Taiwan. He received a master’s degree in media art from the Academy of Design, Karlsruhe (1997). He currently teaches the New Media Art program as assistant professor at the Taipei National University of the Arts.