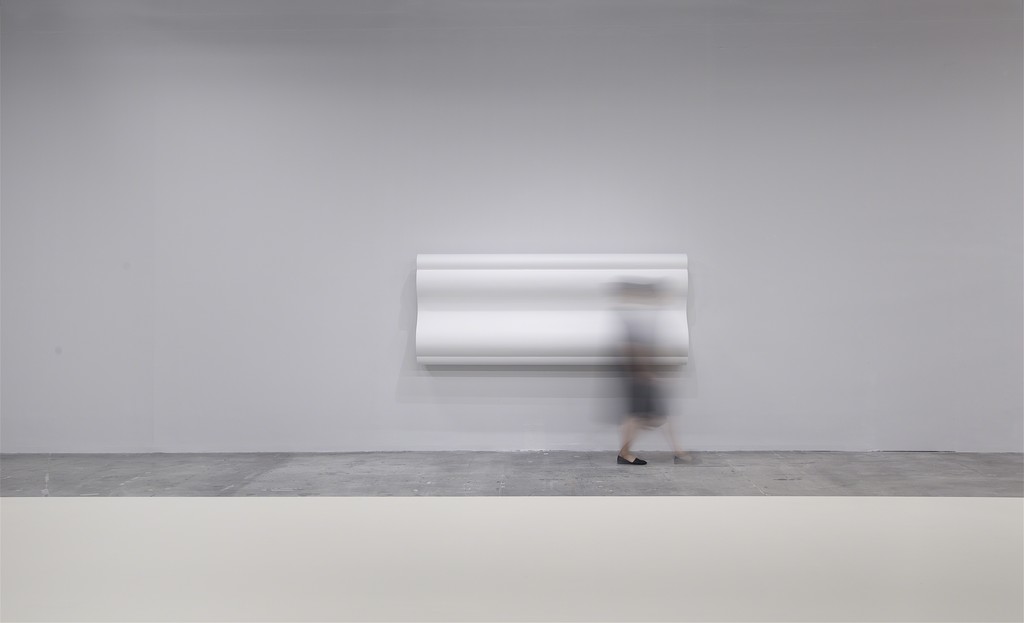 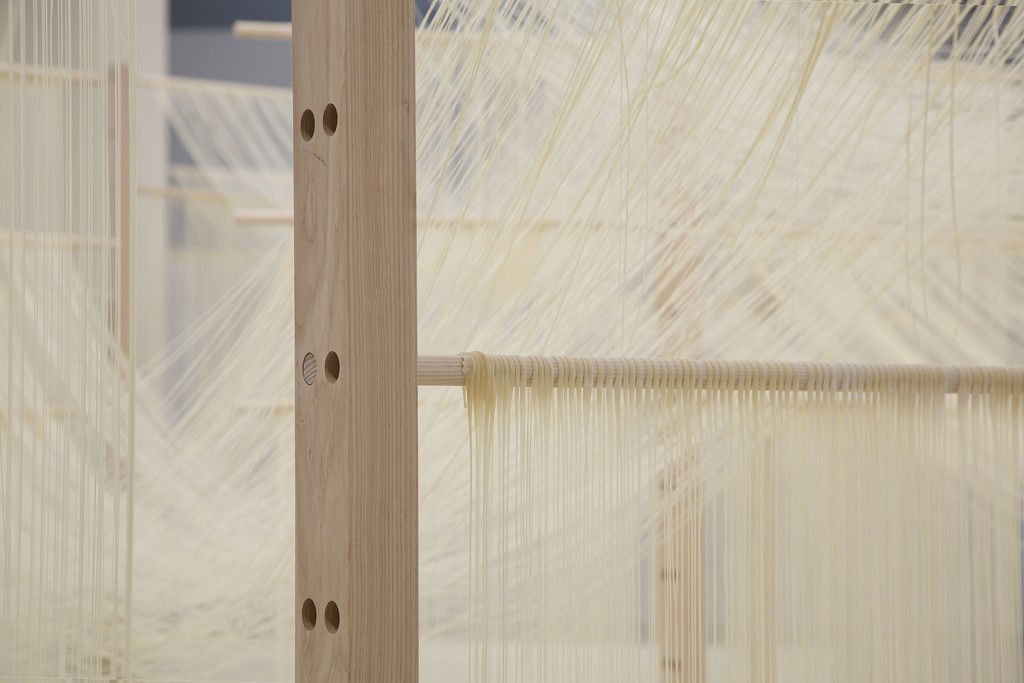 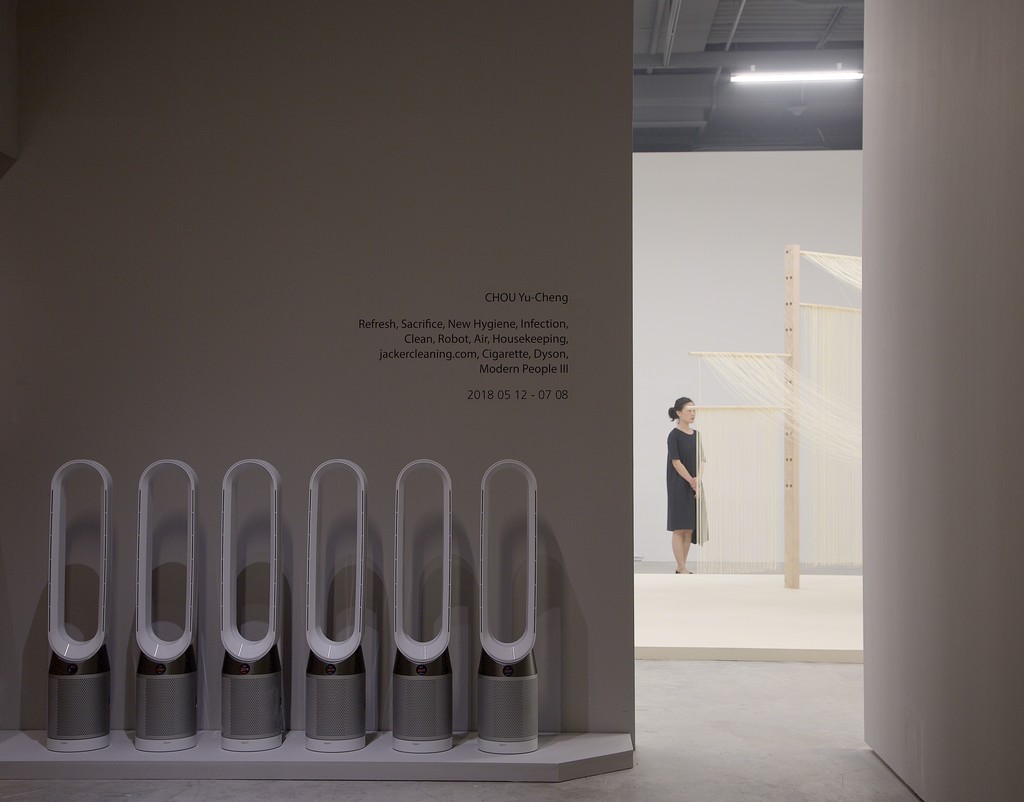 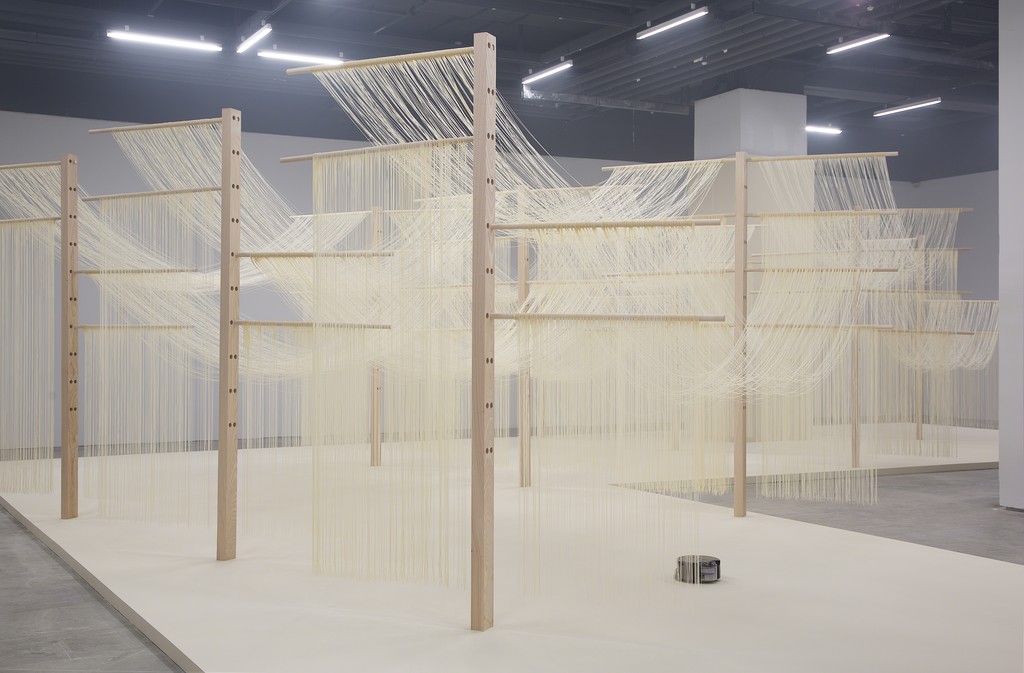 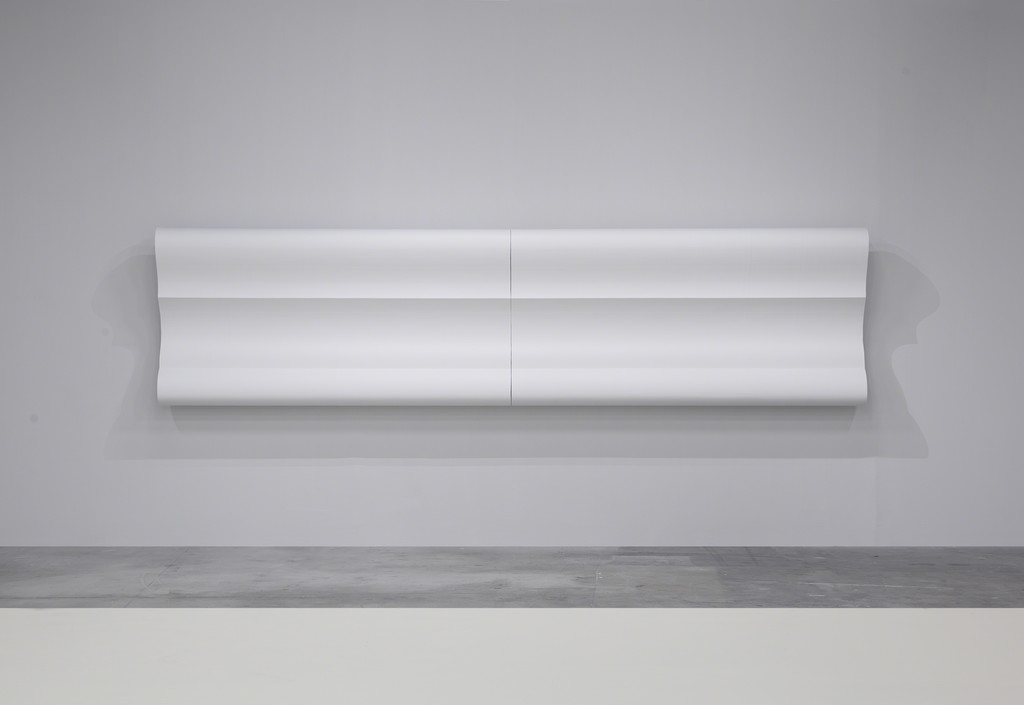 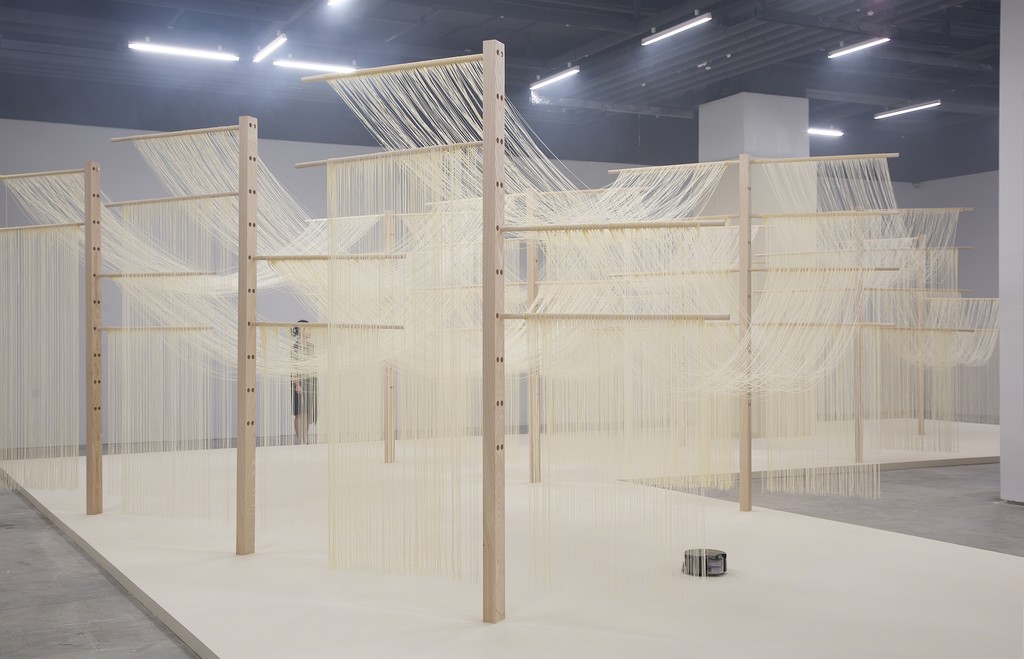 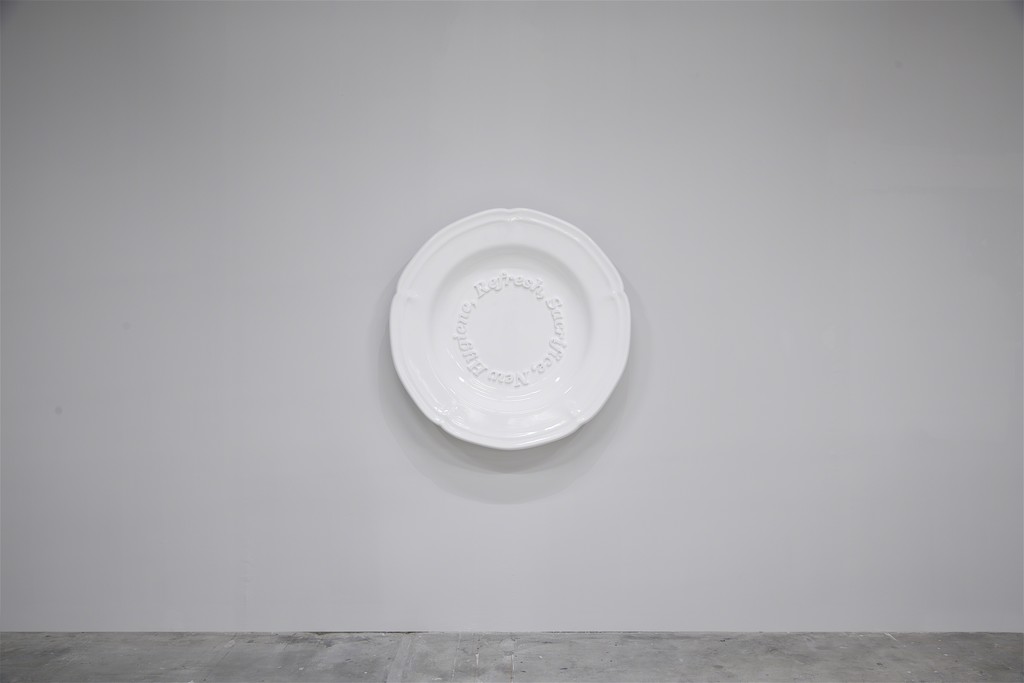 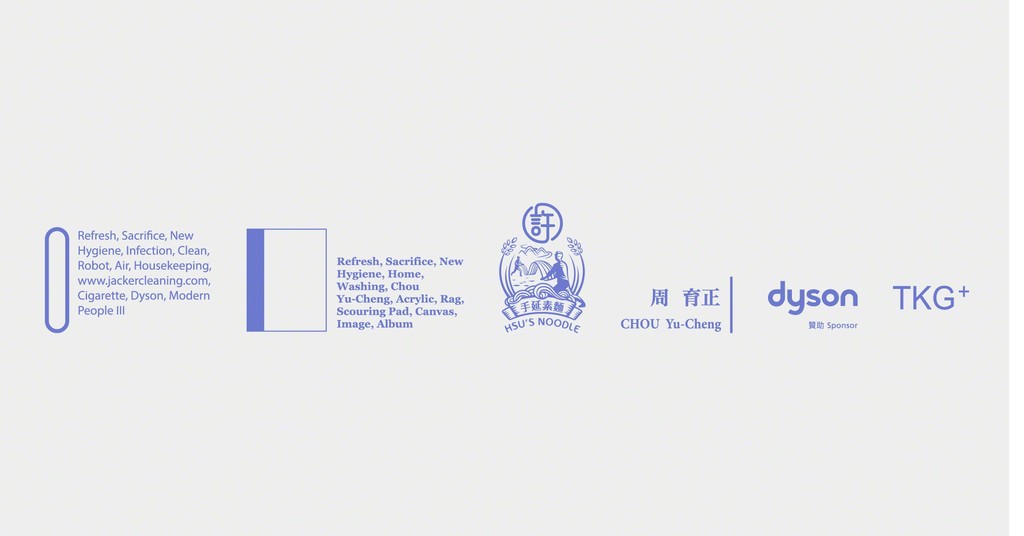 The progression and transition of modernization plays a subtle yet vital role in shaping people's perception and values. In this complex process, "hygiene" as the key word for the new phase comes from a Taiwanese slang "without knowledge and without hygiene" (referring to someone dumb, dirty, and without standards). Compared with knowledge, hygiene seems to be a rather abstract yet feasible standard for modernization which leads to new social rules. While a capitalist framework seems perfect for the above-mentioned phenomenon, Chou Yu-Cheng evades the epistemological approach in this exhibition, not expounding the history and economic benefits of hygiene in a modern context. Instead, the artist reinterprets plastic arts through the notion of hygiene, in a multidisciplinary approach that expands aesthetics beyond conventional perception.

Refresh, Sacrifice, New Hygiene, Infection, Clean, Robot, Air, Housekeeping, jackercleaning.com, Cigarette, Dyson, Modern People III is the third phase of Chou Yu-Cheng's ongoing project. The title of this project - a group of keywords - references hashtags on social media described by the artist in a subjective or objective way. This particular naming method originated with the 2015 project Chemical Gilding, Keep Calm, Galvanise, Pray, Gradient, Ashes, Manifestation, Unequal, Dissatisfaction, Capitalise, Incense Burner, Survival, Agitation, Hit, Day Light, which opened a new path for his creative process. In a more diverse and complex form of production, the artist disregards a linear linguistic logic, and attempts to reinvent his personal approach to plastic arts, interwoven with a few threads from his past practice.

Following the launch of the first and second phases of the project respectively in Shanghai and Hong Kong, this exhibition unveils the artist's new conceptions, including sculptural work Cloud, Mist, and Field for Sun Dried Noodles (2018), a collaboration between the artist and traditional noodle makers. The title of the work comes from "Green hills and clear water breed good noodles," a slogan hung on the gate of a traditional noodle factory in Shiding Town, New Taipei City, which highlights the inseparable relationship between the environment and food. A special publication also debuts in this exhibition, titled Refresh, Sacrifice, New Hygiene, Home, Washing, Chou Yu-Cheng, Acrylic, Rag, Scouring Pad, Canvas, Image, Album. With a title that suggests a hybridity between housekeeping and artistic media, this publication serves as a memento for the exhibition. Comprising painting, sculpture, performance, and publication, the exhibition blurs the boundary between art forms through an adroit deployment of brands, machines (robots), apps, and traditional handicrafts, while resonating with the artist's past body of work, evidently in the use of found objects, brands, publication, and manual labor.

This exhibition also serves as an attempt to create "a gallery with the best environment," with the use of Dyson Pure Cool Link air purifiers, which automatically remove 99.95% of pollutants and allergens as small as PM0.1, as well as through the Jackercleaning app that provides housekeeping appointments, along with the use of Dyson Cyclone V10 cord-free vacuums, which remove 99.97% of pollutants and allergens as small as 0.3 microns. The environment becomes a key element in this exhibition. The artist believes that a better environment can be created with the use of machines. In this way, found objects not only manifest themselves in their physical forms, but are also allowed the chance to demonstrate their functions, transcending their original hackneyed notion.

Known for his deft manipulation of aesthetics and social issues, Chou Yu-Cheng is deeply concerned with the working process behind visual arts, as well as alternative operational and thinking modes in existing mechanisms, corresponding alternative interests in atypical collaboration, and problematic established facts. His practice involves diverse mediums, where he acts as the mediator who integrates the individual as "subject," the enterprise, and the institution, while through a working process that entails the act of transition or transferal, or the difference in time or locale, yielding specific results of a particular project, thereby creating a dialectic between the source and the outcome.