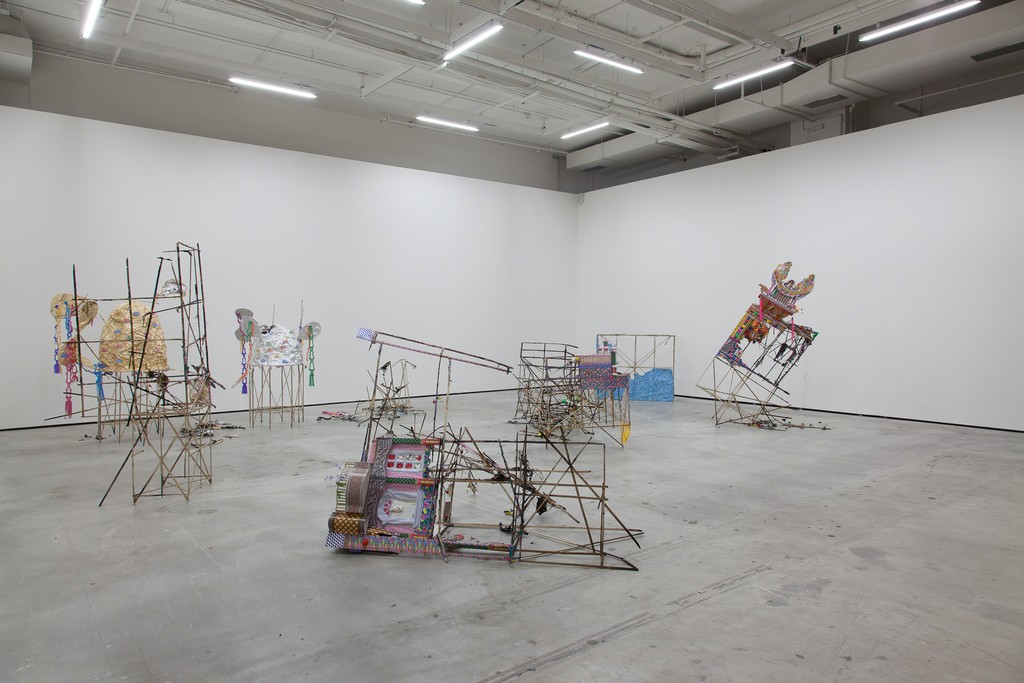 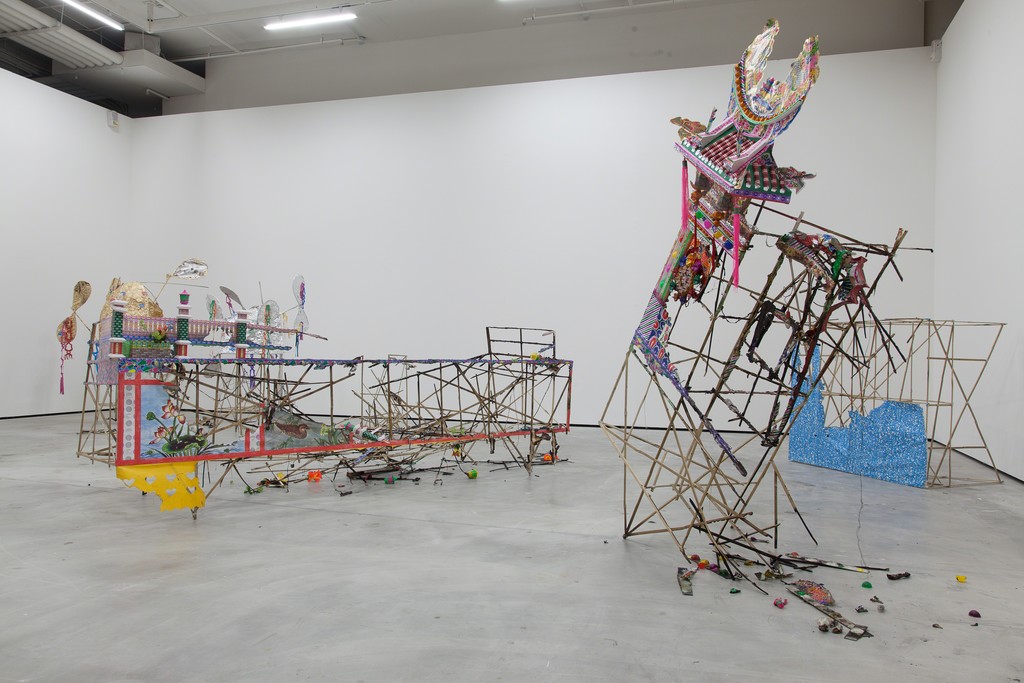 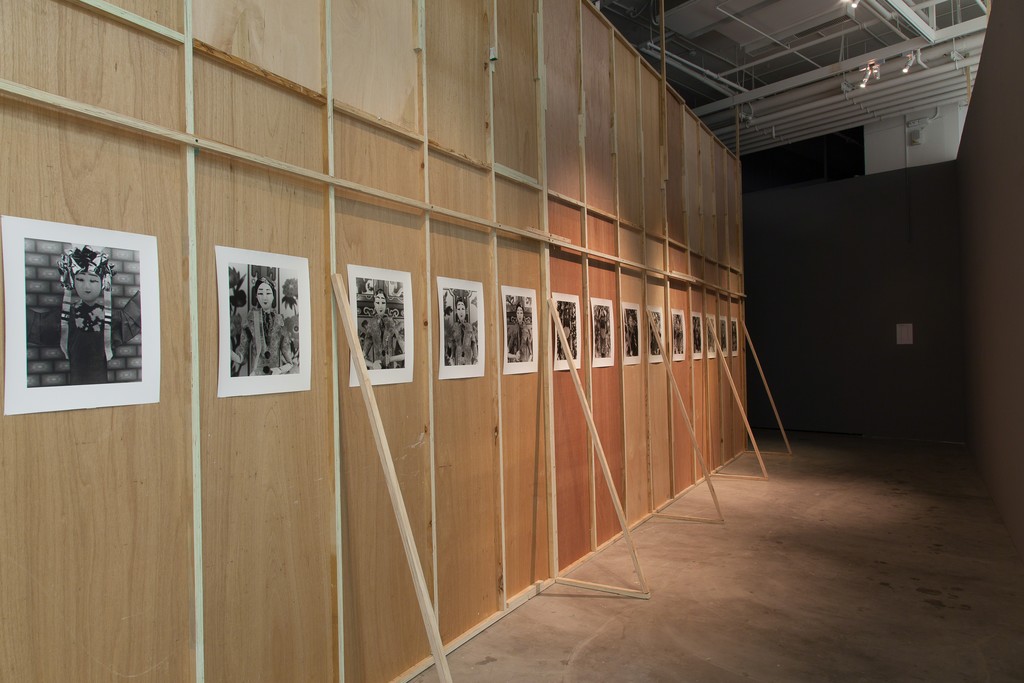 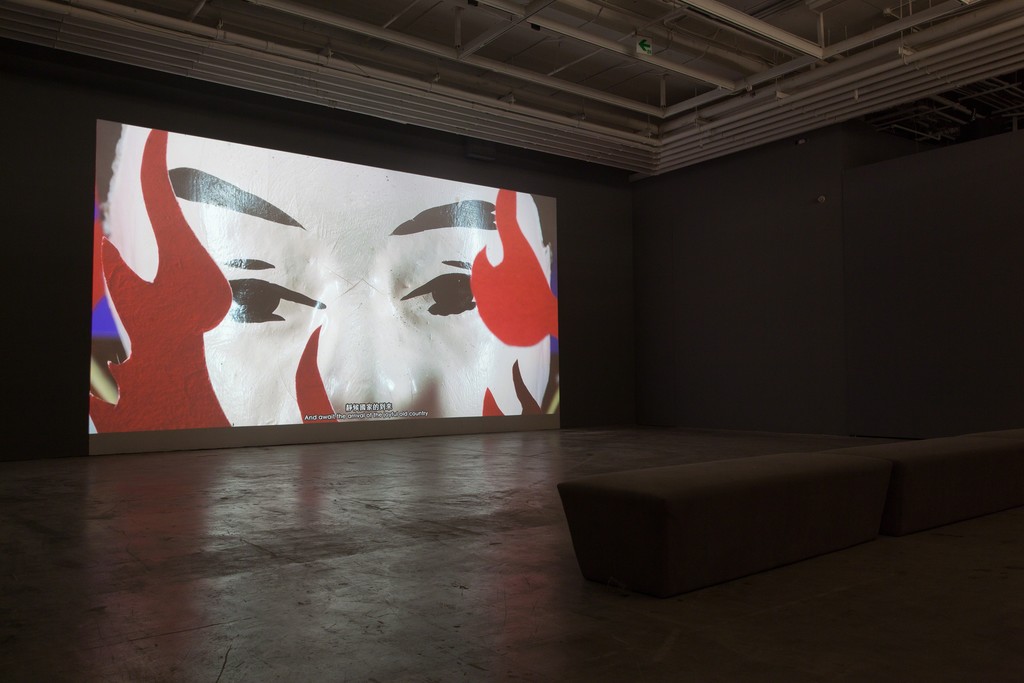 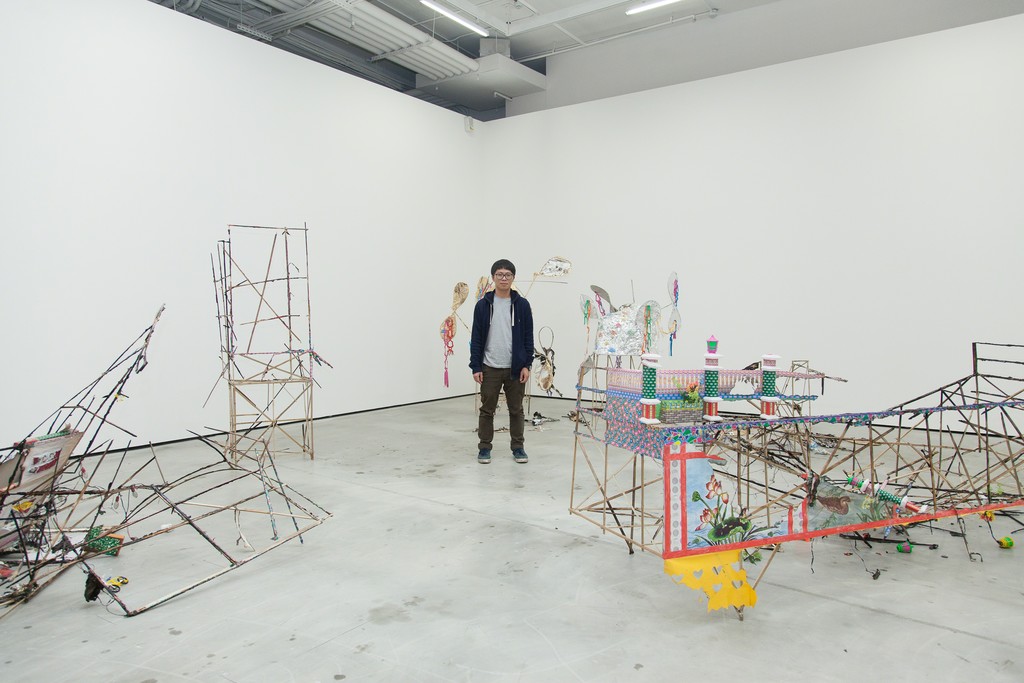 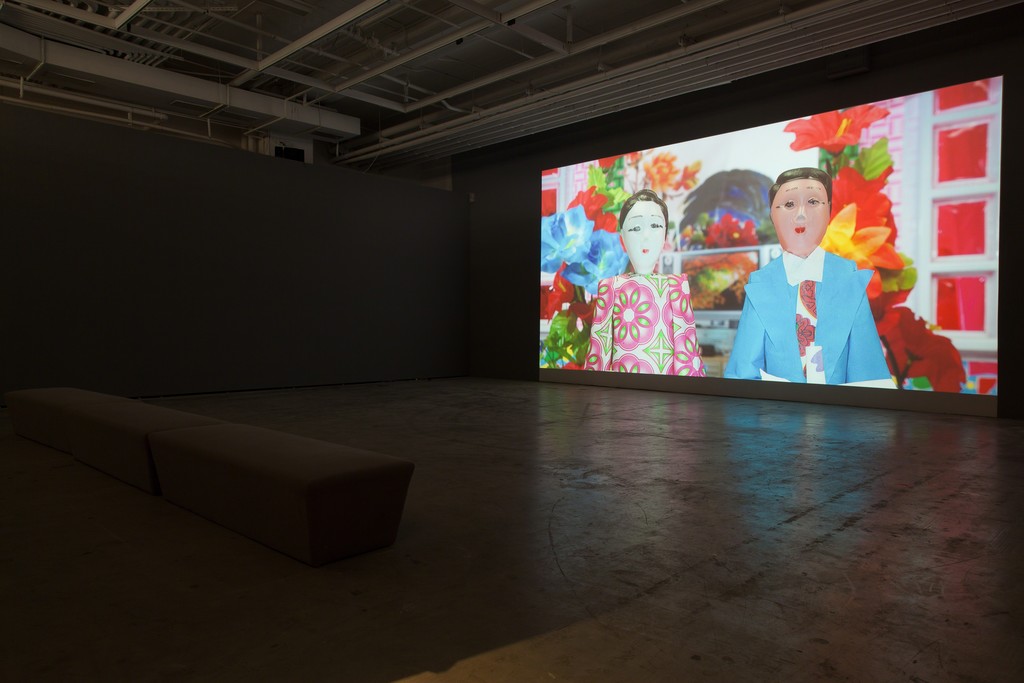 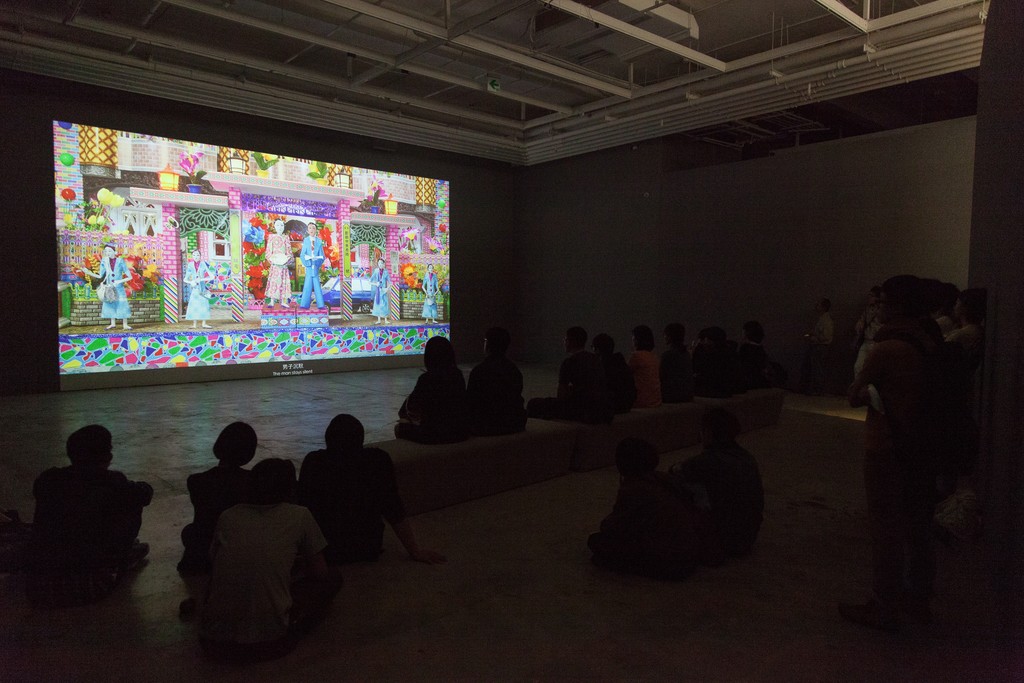 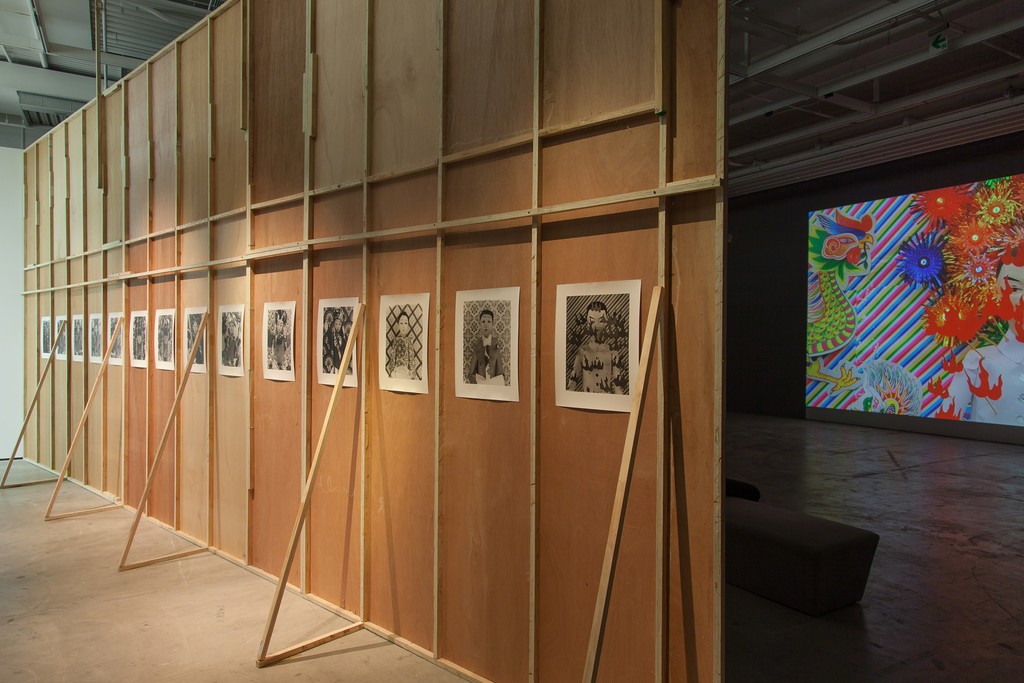 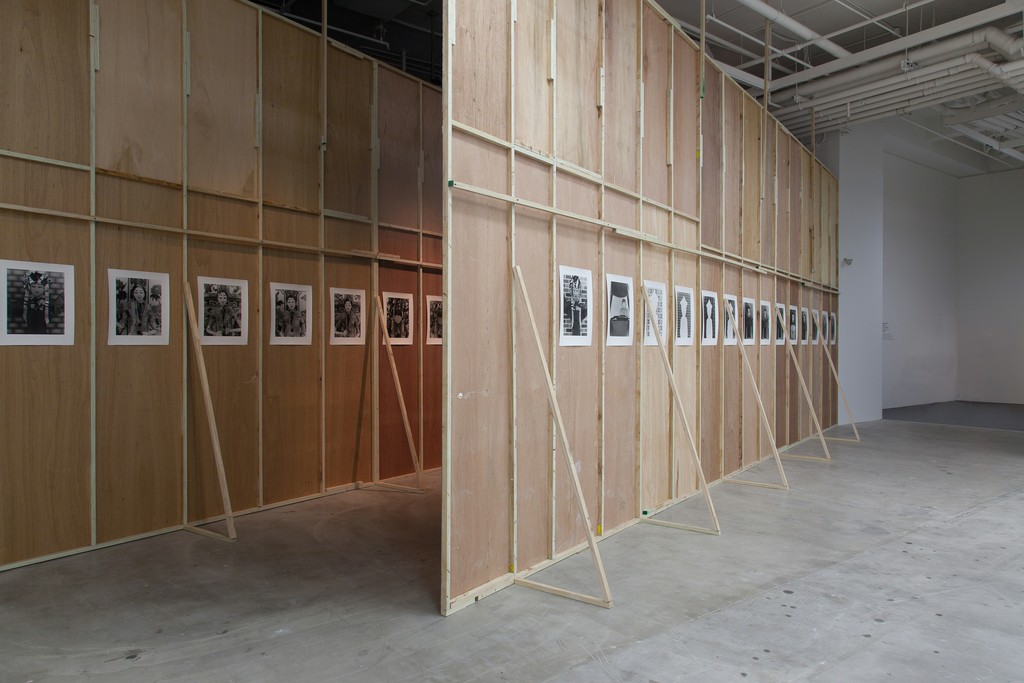 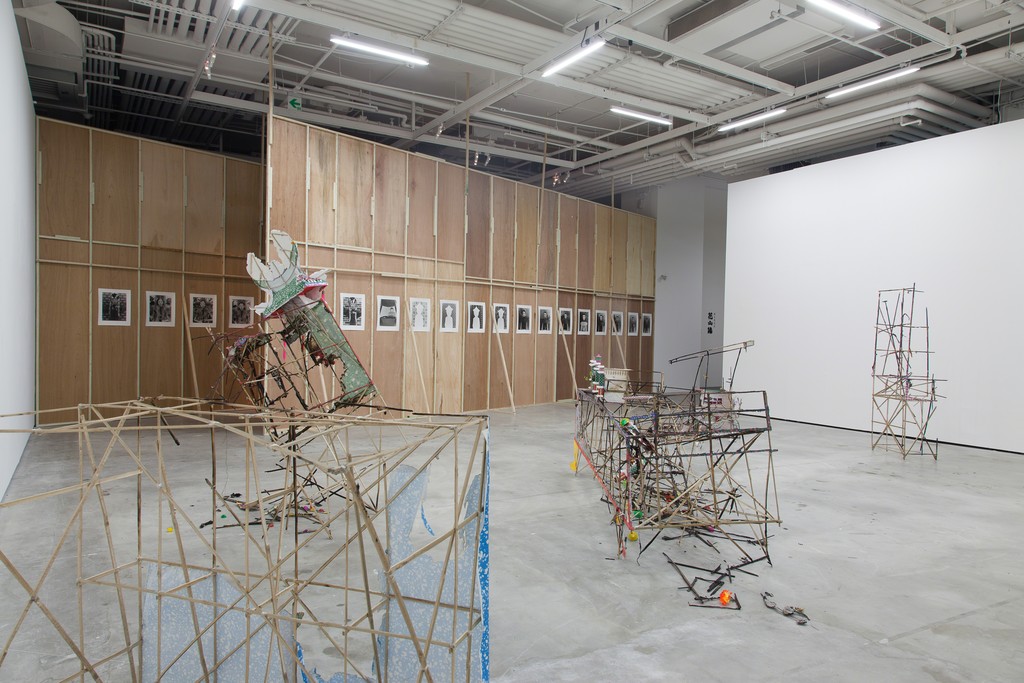 TKG+ is pleased to present Hua-shan-qiang, Su Yu-Hsien’s first solo exhibition at the gallery, on view from April 27 to June 9, 2013 (opening reception: Saturday, April 27, 4:30-7:00pm). Su’s works focus on the non-objective space between the subject and the object, examining how reality is constructed in people’s daily lives. The exhibition revolves around Su’s most recent video Hua-shan-qiang, and will also include more than 20 photographs and a mixed-media installation, all of which explore religions, death, and the false and reality.

The title, Hua-shan-qiang, originates from the pediments of buildings, which in Taiwan had originally been used for ventilation and fire prevention. During the Japanese colonial period (1895-1945), however, the purpose of pediments changed from one with practical uses, to serving a decorative function. Su draws from this shift for the exhibition’s works and its layout.

The central piece of the exhibition, Su’s latest video of the same title, is set in a miniature house designed for the dead, and follows a self-immolated man through the afterlife. Through the video, digital works, and multi-media installation, we follow the man’s journey, which is built upon people’s imaginations of another world. Fire serves as a transmitter between the “real” world and the underworld, and also delivers the confusion of self-recognition that occurs along the way.

Su Yu-Hsien (b. 1982) was born in Tainan, Taiwan, where he currently lives and works. His most recent solo exhibition, I am Pluto yo, was held at the VT ArtSalon in 2009. In 2011 his works were presented at the Heard and the Unheard—Soundscape Taiwan at the Taiwan Pavilion at the 54th Venice Biennale. His other group shows include: Today of Taiwanese Art (Changwon, South Korea, 2010), Plug in X Add on (the Rag Factory, London, 2011), and 60-Minute Cinema (Chinese Arts Centre, Manchester, UK, 2012). He also curated Paradigm Shift—the Moment of Taiwan New Generation Arts (798 Art Zone, Beijing, 2007), CO Q-Young Taiwanese Artist from Nobody Collection (Kuandu Museum of Fine Arts of Taipei National University of the Arts, Taipei, 2008), and Oopject (TKG+, Taipei, 2010). In 2007 Su was awarded the S-An Arts Award, the Kaohsiung Award, and the Taipei Arts Award’s first prize.