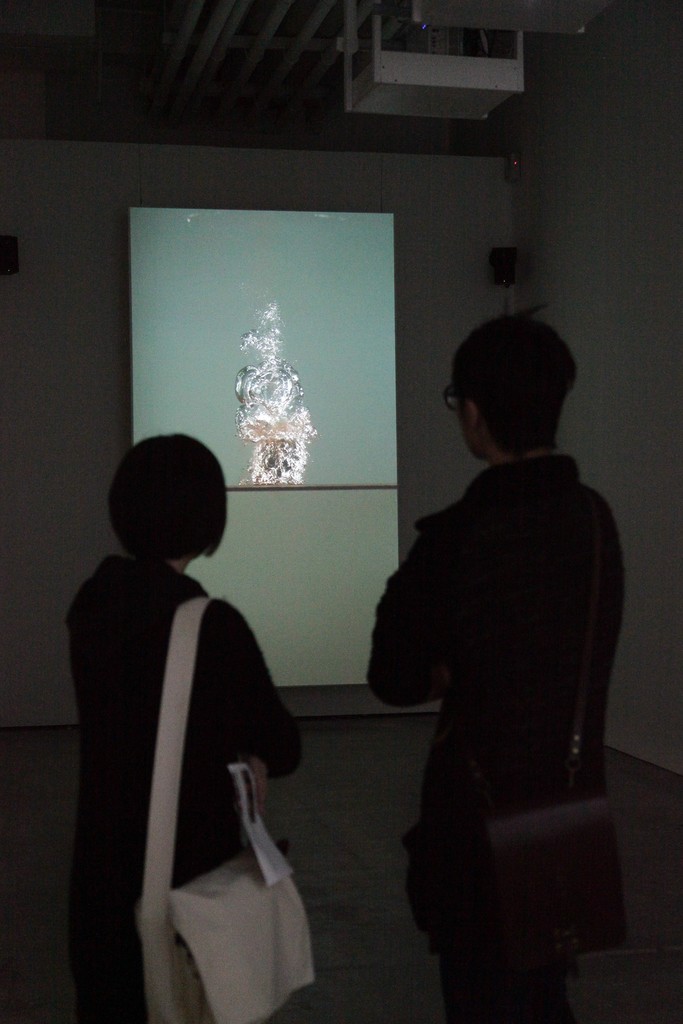 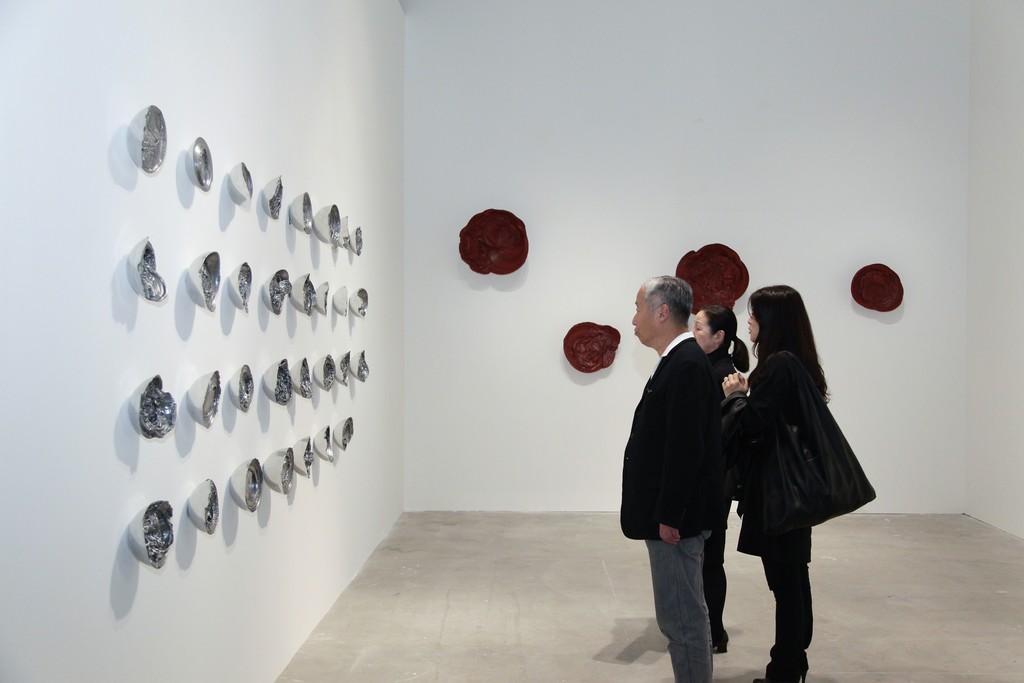 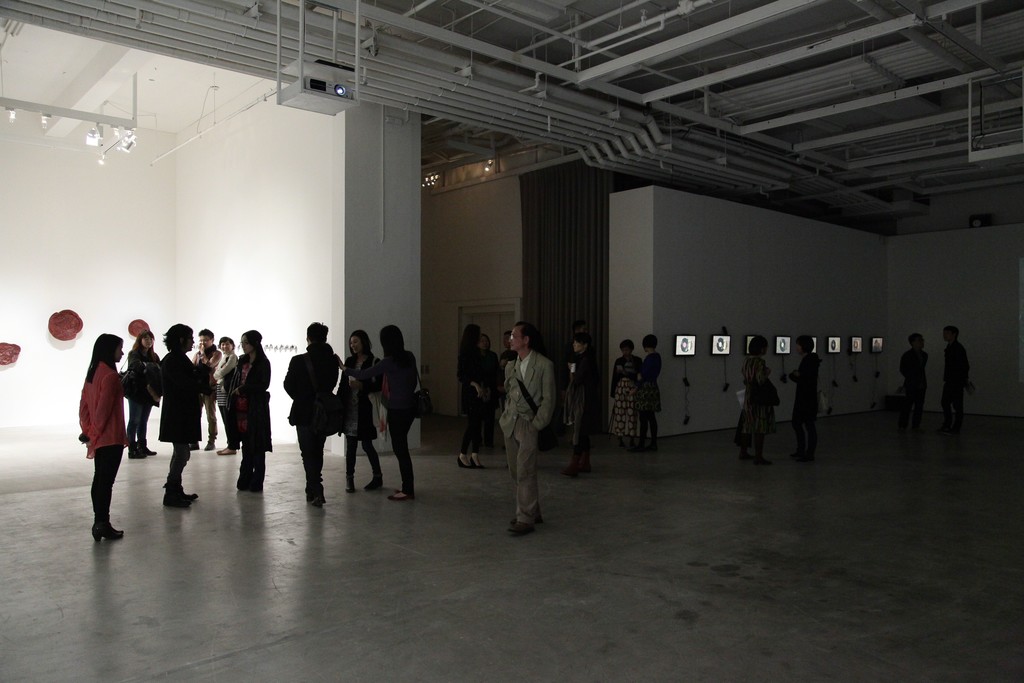 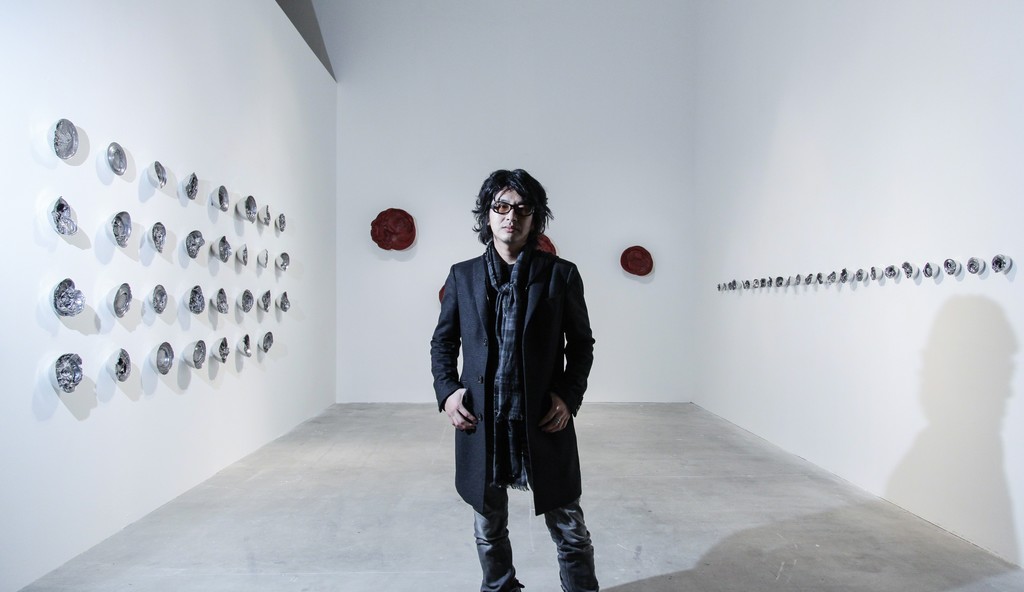 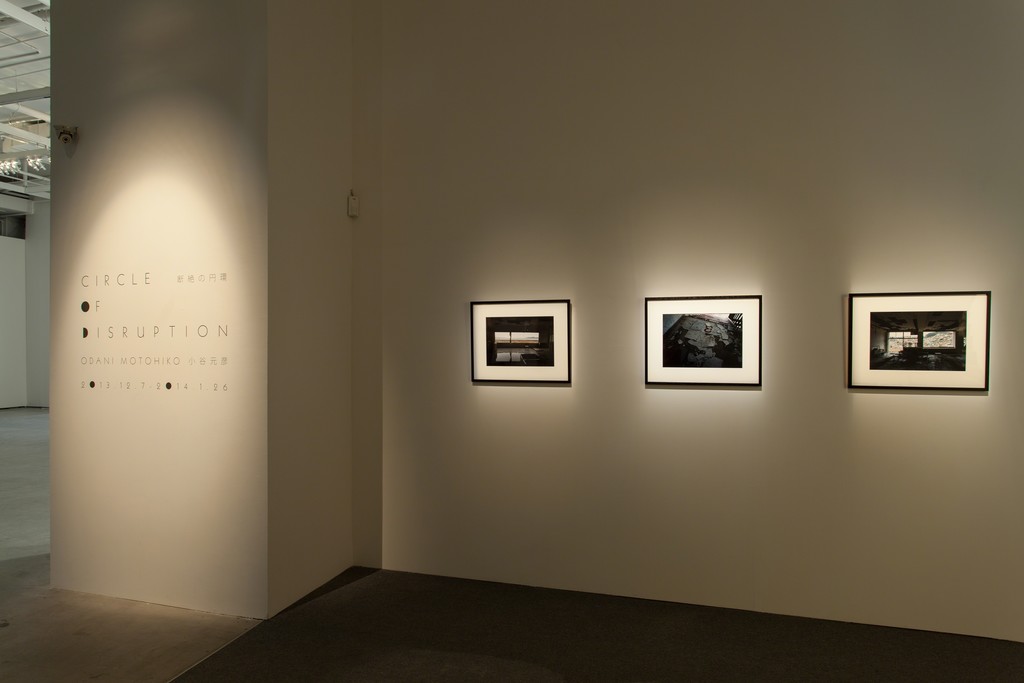 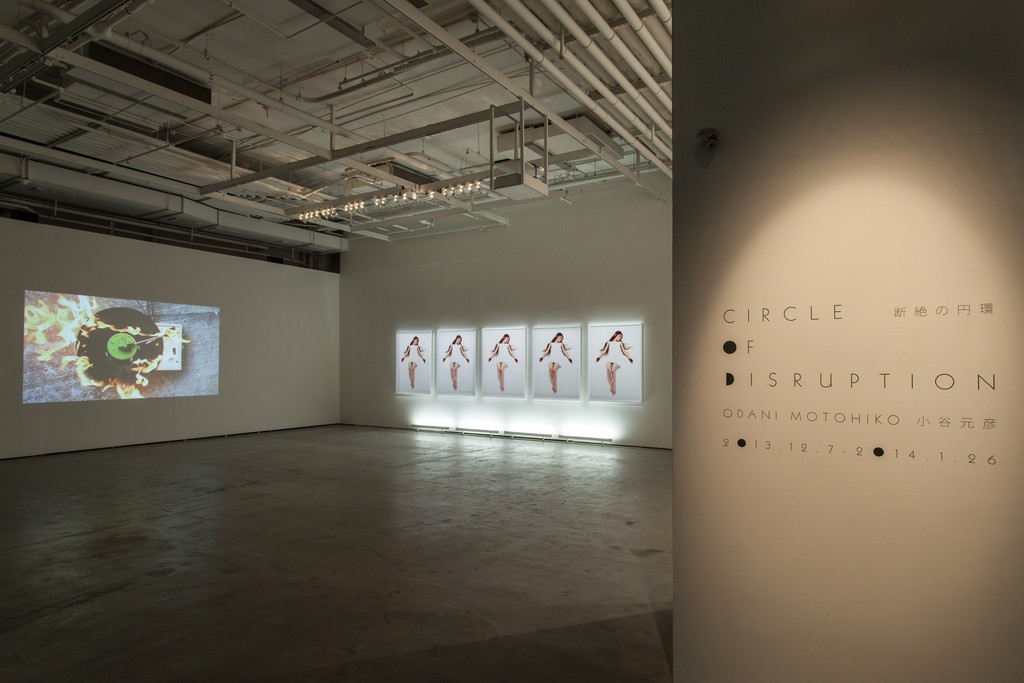 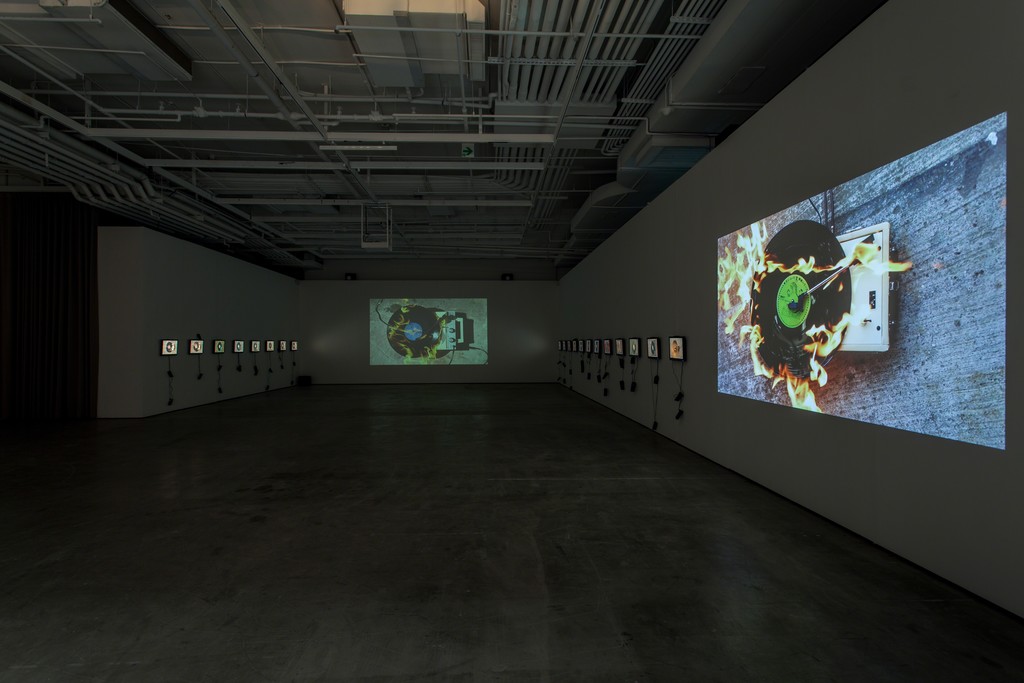 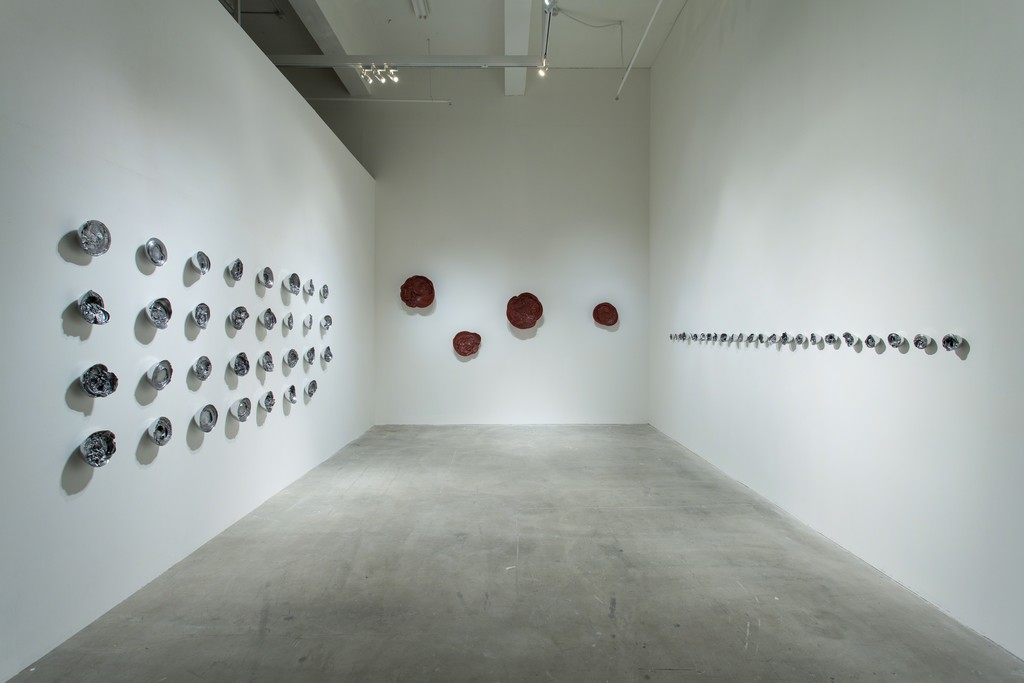 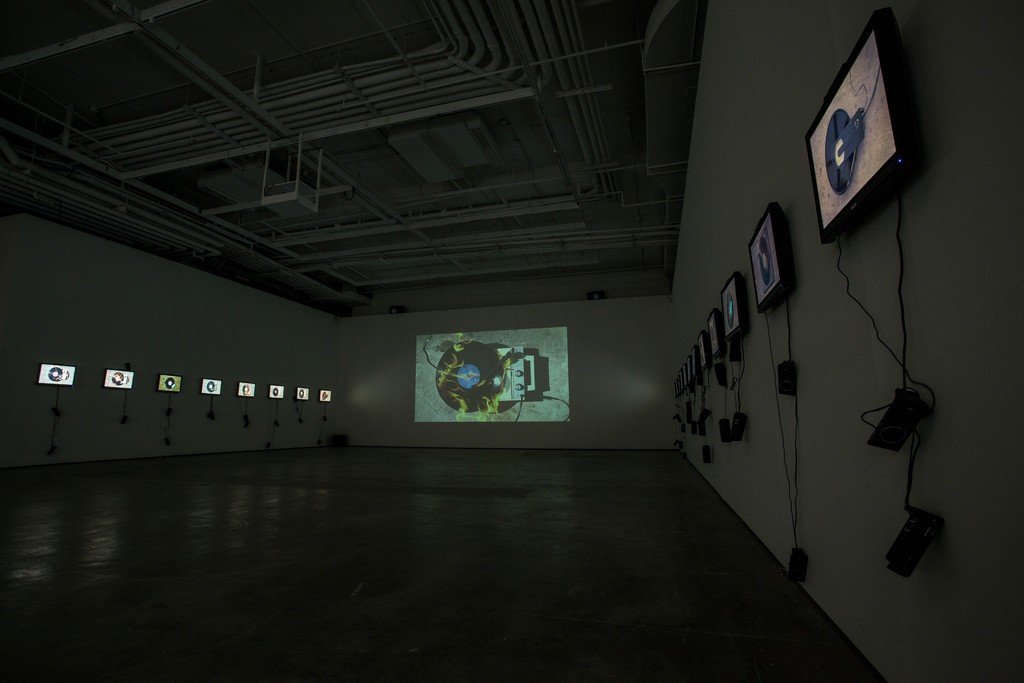 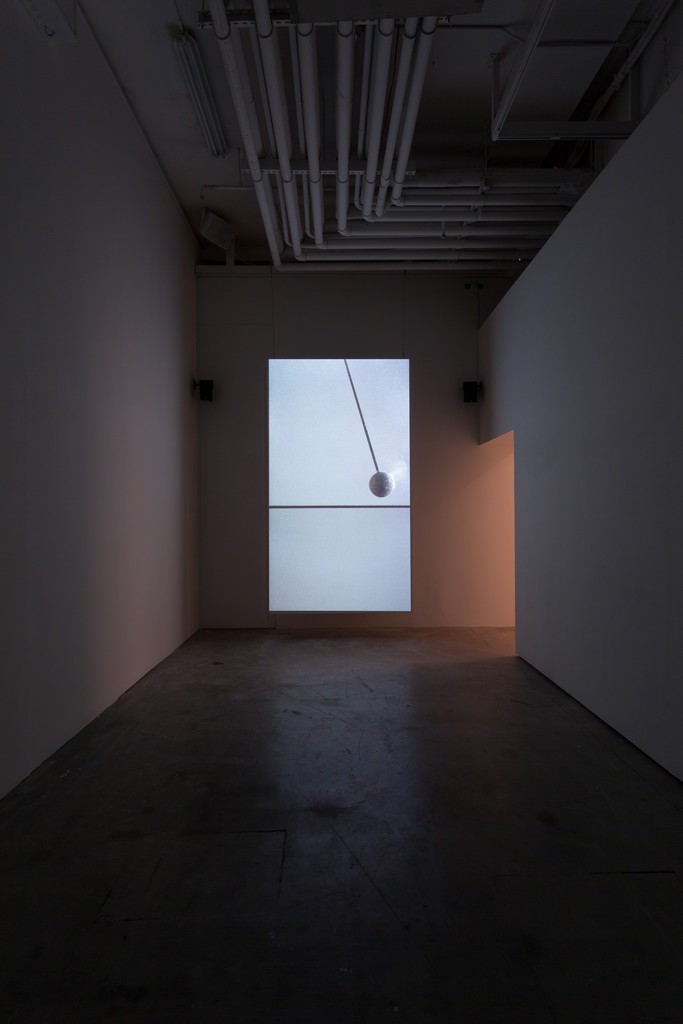 TKG+, in collaboration with Yamamoto Gendai, Japan, is pleased to present Circle of Disruption, Tokyo-based artist Odani Motohiko’s first solo exhibition in Taiwan, which will be on view from December 7, 2013 to January 26, 2014 (opening reception: Saturday, December 7, 4:30-7:00pm). An artist talk with art writer Mio Iwakiri will be delivered on the opening day at 2:00pm. The exhibition will feature six of Odani’s latest photographs and mixed media installations.

The central work of the exhibition is the video installation Light of the decade – Erasing memories to recall (2013), which encompasses half of the exhibition space and consists of 20 monitors and 2 large-scale projections, all of which show spinning vinyl records that are either burning or playing distorted sounds. The installation is a direct response to the repeated yet destroyed circles alluded to by the exhibition’s title, Circle of Disruption. Phantom Limb (2013), a set of 5 photographs of an expressionless girl wearing a white dress and in her palms grasping raspberries that creates an association of blood, demonstrates the power of Odani’s images, from which viewers come away with the indelible mark of his works’ ability to elicit fear and pain.

Odani Motohiko (b. 1972) was born in Kyoto, Japan and received an MFA from Tokyo University of the Arts in 1997. His early work mingles human, animal, and futuristic anatomy, exploring the boundaries of reality and myth, and the physical and the spiritual. He currently holds the position of Associate Professor in the Department of Intermedia Art at Tokyo University of the Arts. Odani’s works have been shown in various international group exhibitions, including Re: Quest-Japanese contemporary Art since the 1970s (Seoul, Korea, 2013), Memento Mori – Eros and Thanatos – (the Shirokane Art Complex 5th Anniversary Exhibition, Tokyo, Japan, 2013), Phantoms of Asia: Contemporary Awakens the Past (San Francisco, USA, 2012), Necrospective (London, UK, 2012), and Pure Views: Contemporary Art Exhibition, Chengdu Biennale (Chengdu, China, 2012). He has held several solo exhibitions as well, including Time Tomb (Stockholm, Sweden, 2013), The 25th Hirakushi Denchu Prise ‘SP 0’ Motohiko ODANI (Okayama, Japan, 2012), PHANTOM LIMB (Kumamoto, 2011, Tokyo, 2010), and SP4 'the specter' in modern sculpture (Tokyo, Japan, 2009).