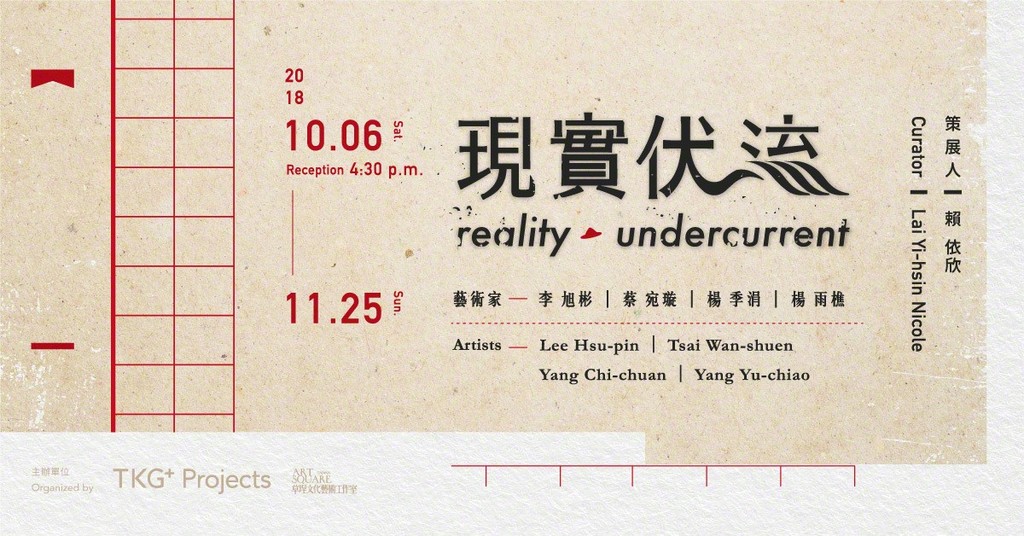 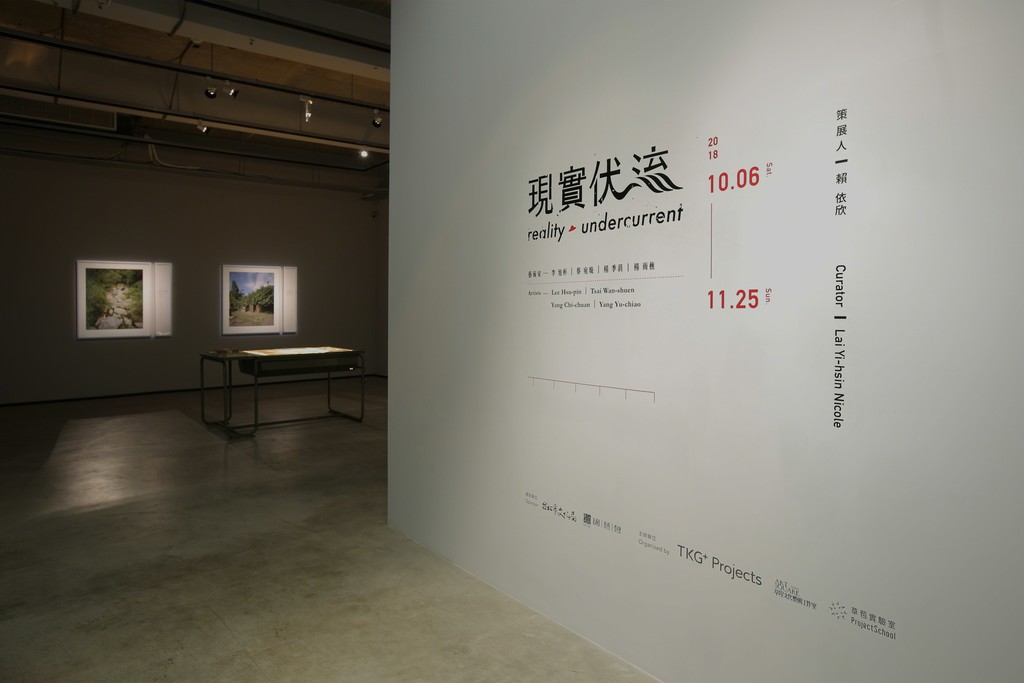 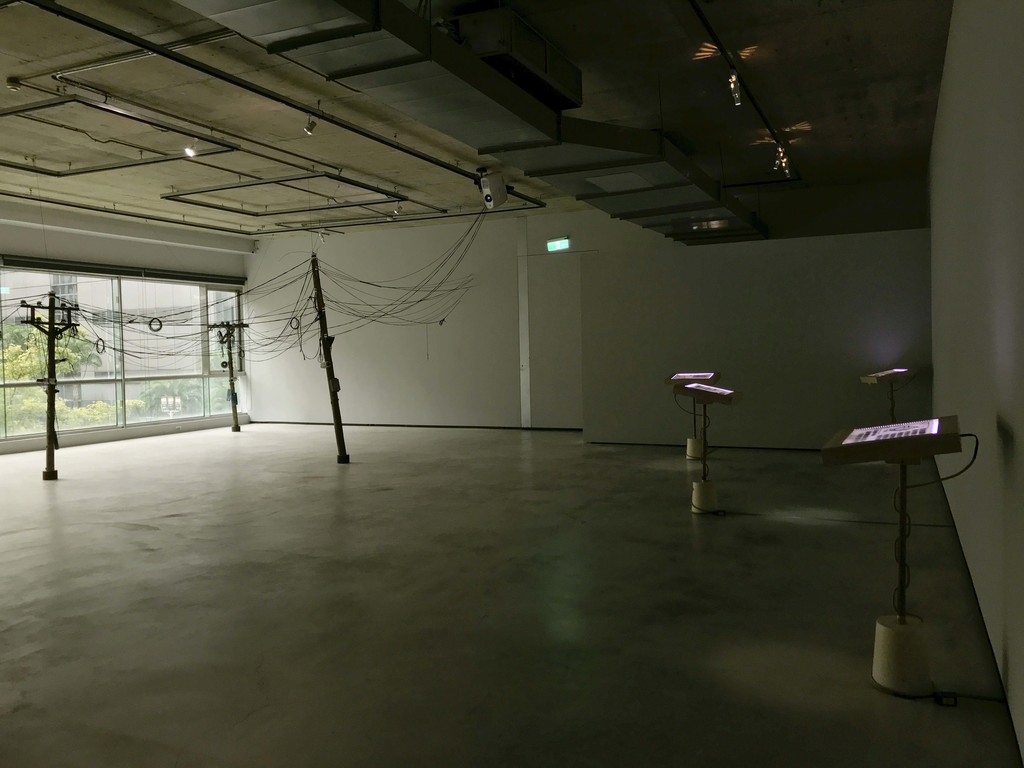 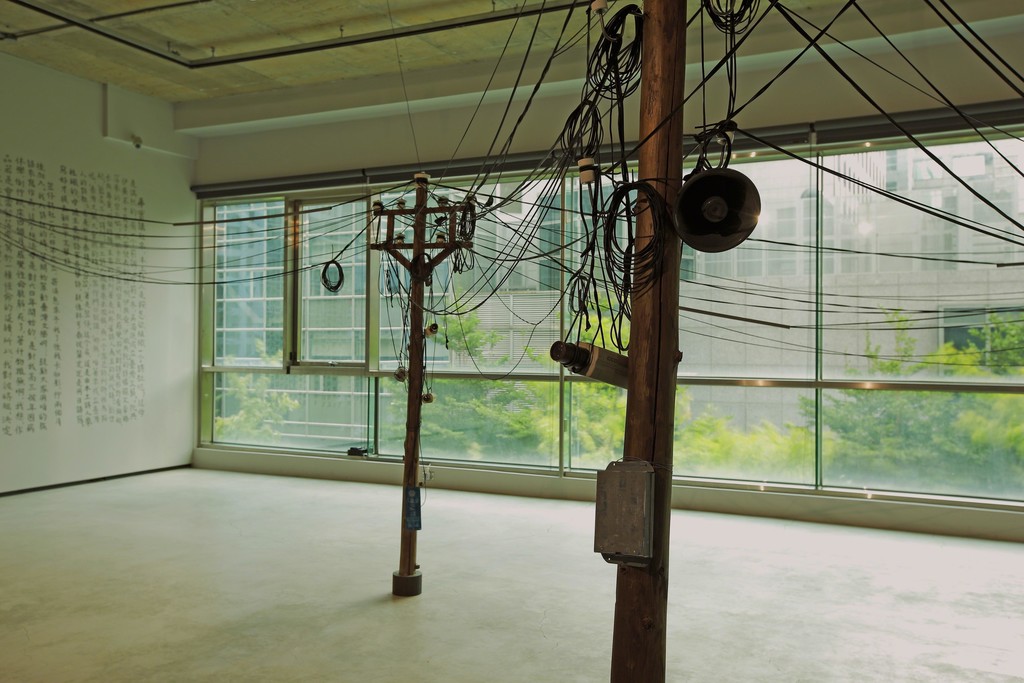 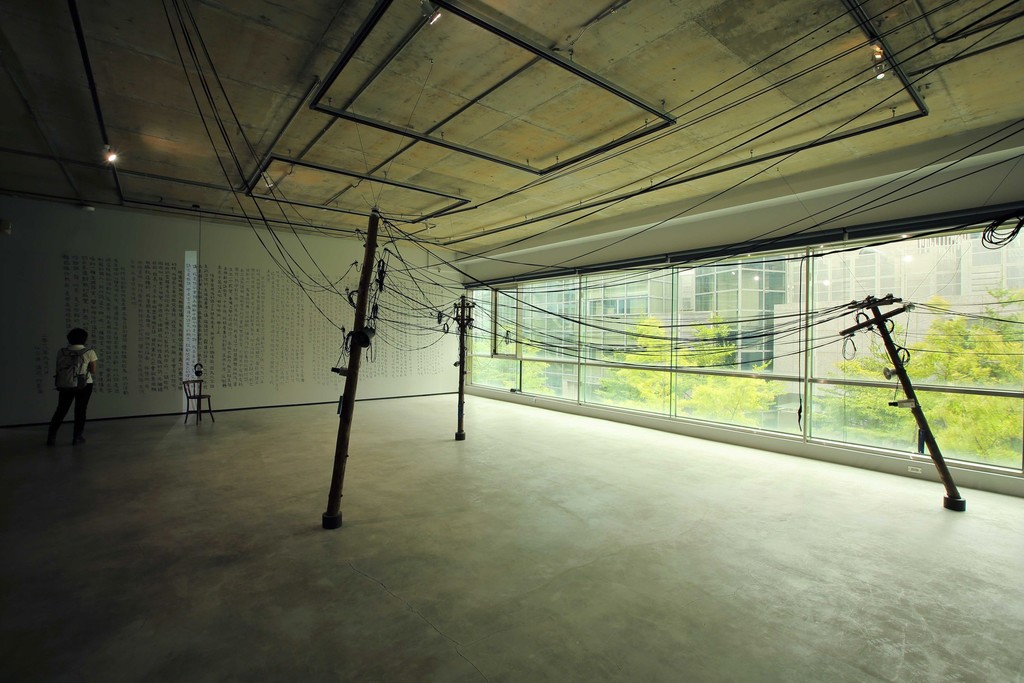 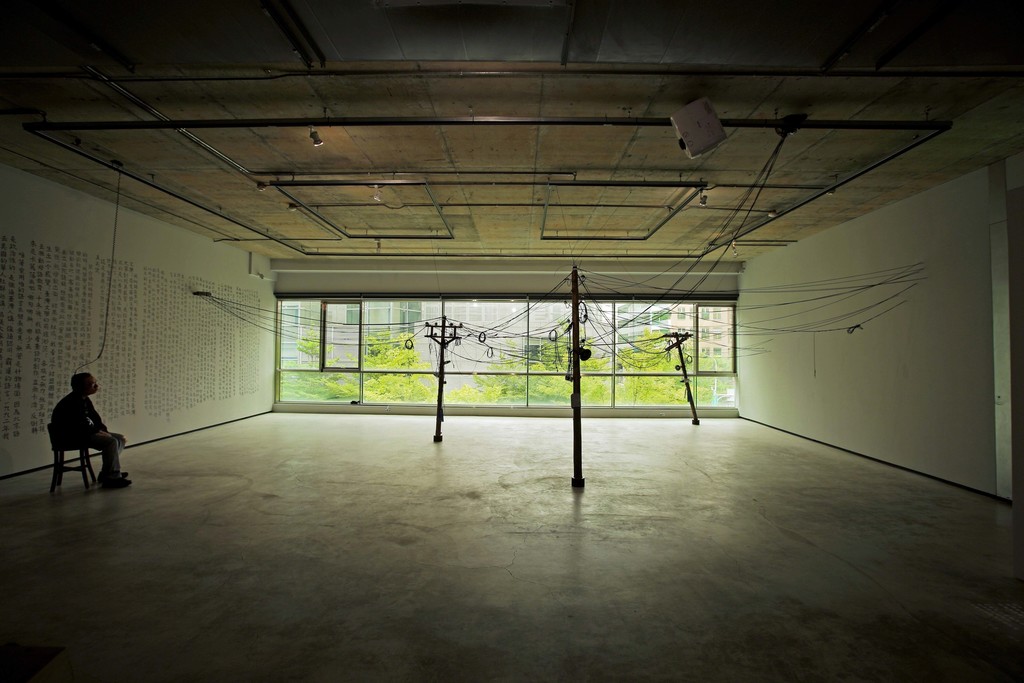 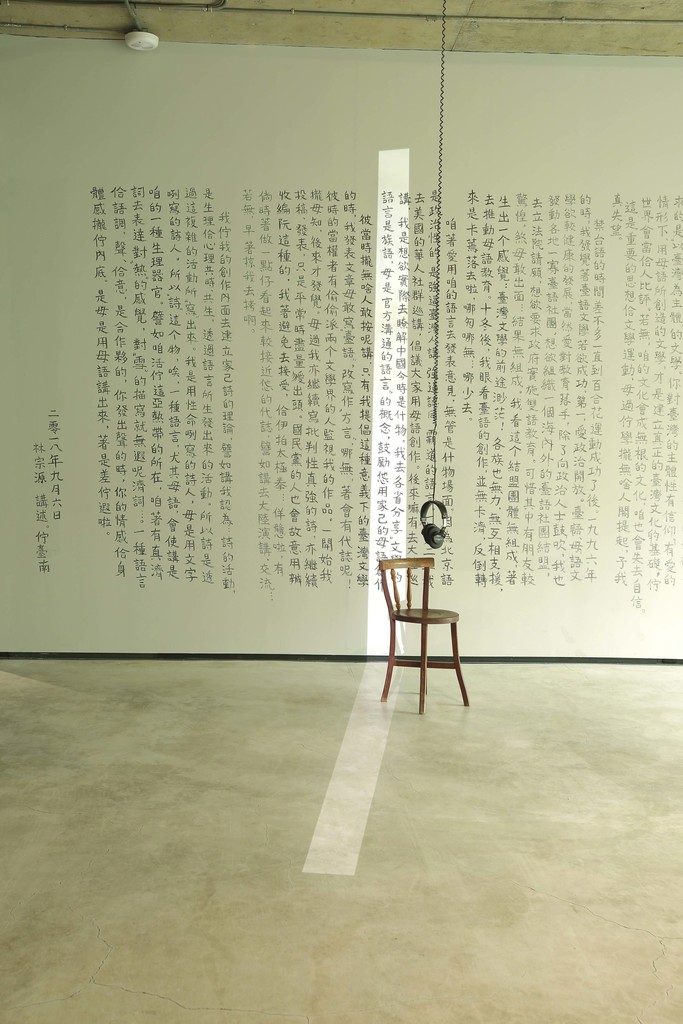 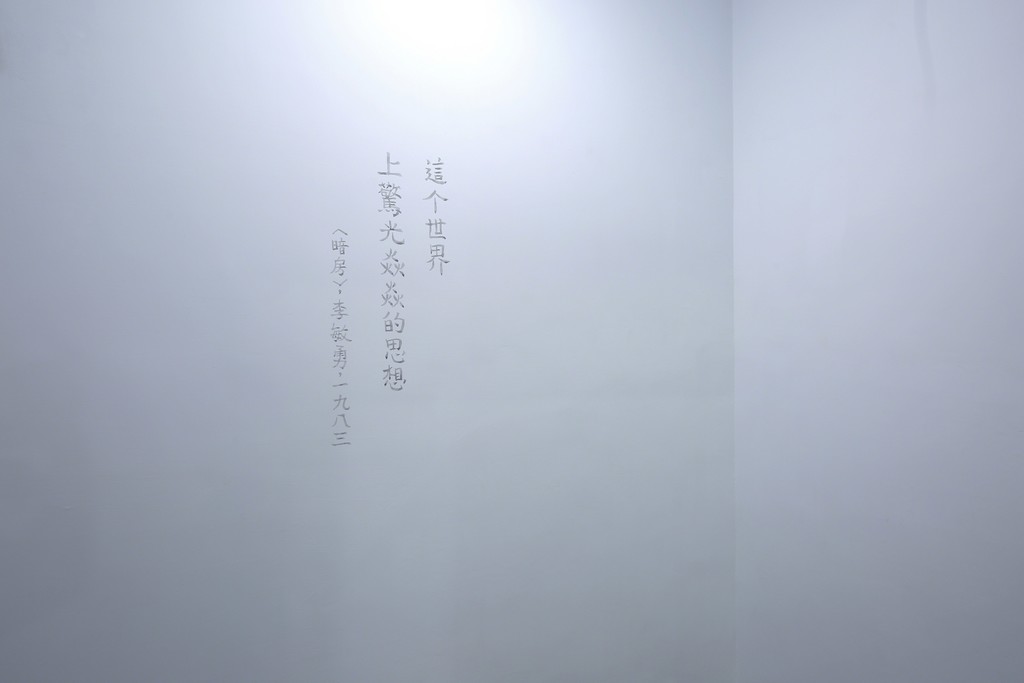 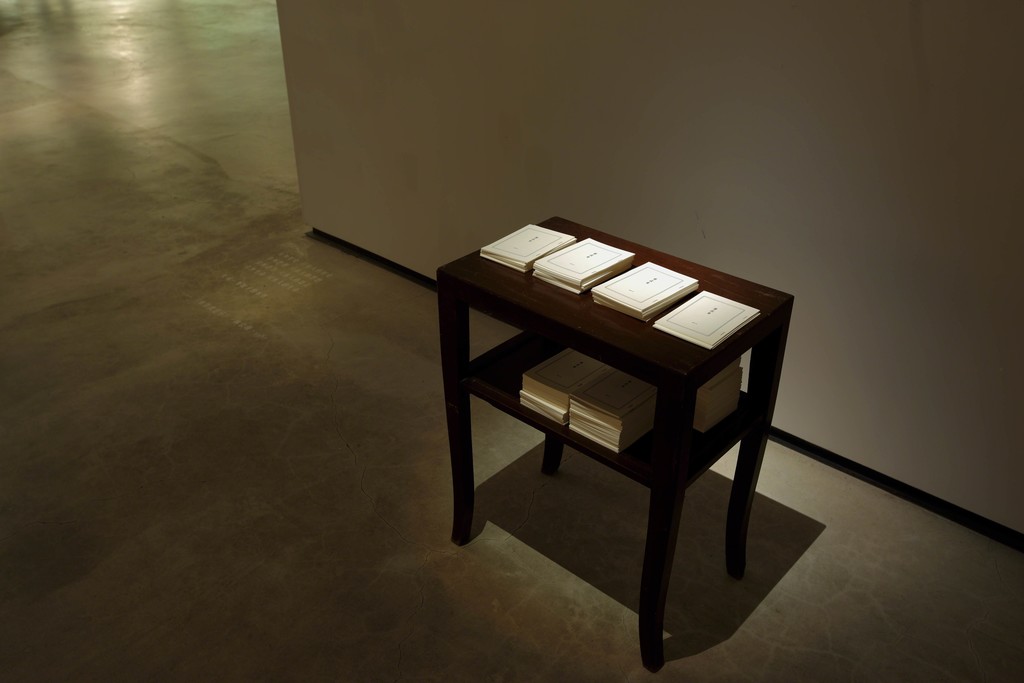 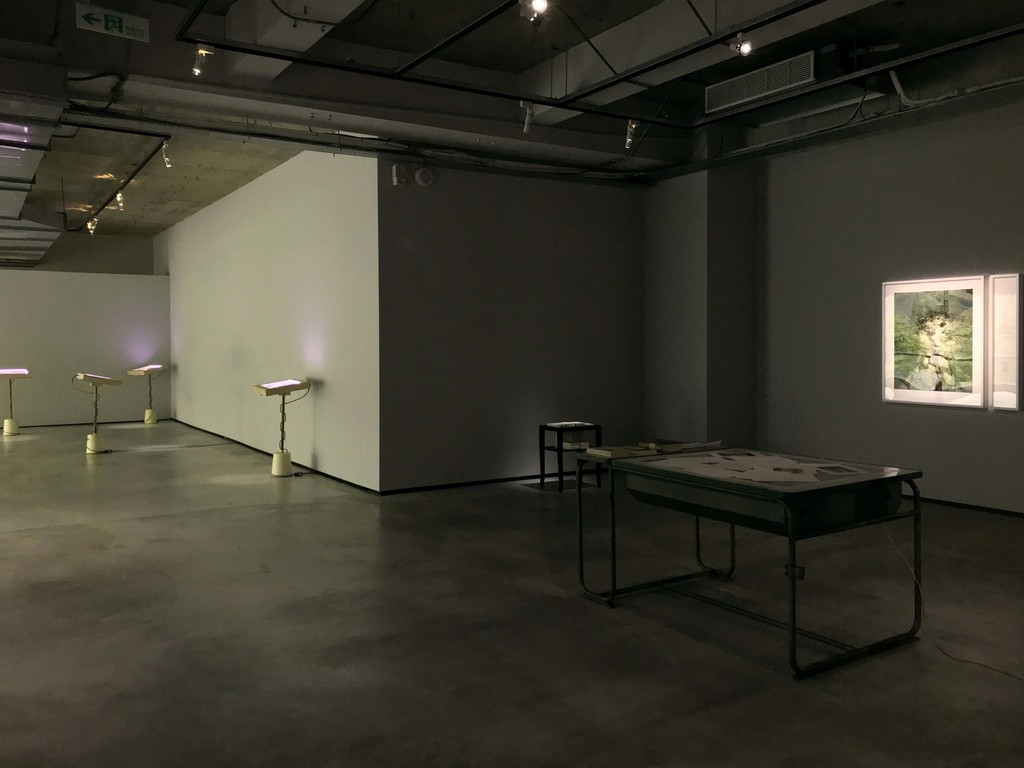 Established in 1964, “Li Poetry Society” is an important community for poets that strive to seek different possibilities and to interpret Taiwan’s local experience in the face of the mainstream Chinese culture. During the 1960s, Taiwan was under martial law and still a member state of the United Nations. Amidst this drastically contrasting era, artists allied with one another in the name of “international cooperation,” and at the same time, they endeavored to keep in line with the modernization of Chinese culture in order to acquire legitimate artistic freedom and vanguard . In an epoch where Chinese culture prevailed, “Li Poetry Society” advocated of focus-ing on and depicting Taiwan’s cultural localness while creating a gentle force by writing poems in social and cultural contexts, and these attempts were often seen as a form of resistance.

The poems of Li Poetry reflect the many “realistic” issues its poets have faced throughout different ages. The issues include the expression and interpretation of social, political and everyday life realities, which further result in responses and voices of discontent. Also, in the torrents of reality composed of collec-tive consciousness, the poets have written about how they could connect with or disrupt the ideologies in culture and society through contemplating on the mindsets behind their creations as well as the ideas dealt with in their own works. These expanded discussions and subtle, detailed issues have still been, to this day, critical food for thought and challenges for creators when facing their own creations and holistic trends.

Reality｜Undercurrent looks back on the circumstances of Li Poetry (Society) at different times, along with its poetic creations, metaphors of objects, and various realistic political, social, and cultural issues the poets have faced. The exhibition imagines and probes into the distance and relationships between reality and art creations/creators in different eras. The participating artists explore how to deliberate over and respond to the social environment and mainstream culture discourse using the concepts of “responses to reality” and “reconstruction.” This exploration reveals two aspects worth re-thinking through the cultural and social contexts of Li Poetry: “social reality becoming the focus of creations” and “the torrents of reality of collective consciousness.”
“Social reality becoming the focus of creations”
In the foreword of the first issue he took charge of, LING Tai-Heng wrote: “Then, what are the types of poems that are specific to this era? In other words, what sort of poems are produced by this era? And how should they be categorized and what are their character-istics?” At the beginning of its establishment, Li Poetry Society did not issue any lofty manifesto that emphasized its members’ approaches to facing or resisting trends of the time in their poems; yet, it claimed that poems must keep abreast of the era. This claim pointed to the realistic and social nature of poems. These poems described the different political, social, and everyday aspects to respond to the realistic issues concerning ethnic-ities and languages. Also, many metaphorical characteristics of “objects” were adopted as a means to express the meanings of the poems. What’s more, these poetic creations used daily life, local and social realities as the allegories of the collective destiny of Taiwanese people. As a result, the style of Li Poetry back then was said to represent “New Objectivi-ty.”

“The torrents of reality of collective consciousness”
Li Poetry’s discourses and its “sense of reality” or “realistic spirit” appeared occasionally in the first issue but were unable to come into vogue. Nonetheless, in the 1970s, the cul-tural environment clearly leaned towards the flourishing of nativist literature, putting emphasis on the tendency of “realism.” Meanwhile, the poets of Li Poetry Society have also turned against the low-key attitude when dealing with realistic issues, as opposed to their previous endeavors. Based on all kinds of evidence, scholar CHEN Ying-Chou con-tended that Li Poetry’s emphasis on reality was awakened by the torrents of reality amidst the holistic writing trends in the 1970s as well as being constructed by later re-searchers, as a series of non-literary verbal practices that concealed the use of knowledge and power. At the same time, the fact of the emphasis on reality was also a social construction of “collective memory,” which obtained the members’ recognition of the club in the process. These “non-literary verses,” however, established Li’s place on the poetry scene and its status in the history of poetry later on.
Based on the realistic issues faced by Li Poetry and their poems, the four participating artists present their respective realistic situations in their current lives and the mental processes behind their crea-tions. By reconnecting their own identities, art creations, lives, and the impacts brought by society, they investigate the social “undercurrents.” These artists’ works respond to the disguise of “reality” in all respects, along with the changes and anxiety it causes. In the meantime, they ponder how they should face and adjust their mindsets, and even the possibilities of further deconstruction and creating disruptions. To begin with, LEE Hsu-pin’s works respond to the ideologies in society: The Mysterious Vanishing of (2018) combines images of different scenes with storytelling to construct a fictitious story and to initiate a discussion on the ideas of nation, justice, and social environment. Meanwhile, the works of TSAI Wan-shuen and YANG Yu-chiao dismantle and reconstruct the written words, verbal ex-pressions, sounds, orthography of languages. TSAI’s Passing Through a Dim Light Named “Li” (2018) uses Chinese characters as a visual presentation system, and through reading aloud, she rediscovers the dynamic energy of verbal communication and reshapes a sort of sensory experience. Simultaneous-ly, YANG Yu-Chiao’s Yi (2018) comes from the deconstruction of words in his works. He connects the metaphors of objects in Li Poetry to look into the meanings and connotations of objects in daily life. Apart from the works on display, there will be a series of workshops. Last but not least, YANG Chi-Chuan’s Nine Lines (2018) starts with the overhead power lines and utility poles standing in the bustling alleys in her neighborhood. Through the chaotic yet poetic scene of new and old objects hanging on the lines and poles, the work subtly reflects the many nondescript things in modern life.

LEE Hsu-pin
LEE was born in Tainan, Taiwan. He was a civil engineer that had gone through Taiwan Economic Mira-cle and the pinnacle of social and political movements before turning 30. Also, he is an avid participant in many social movements. Following his withdrawal from the field of construction consulting, LEE shifted toward photography. His works focus on reflective thinking as well as the symbiosis and connec-tion between image and text.

TSAI Wan-shuen
TSAI works across mediums from mixed-media installation, drawing, video, to poetry. Her installations are ephemeral and constitute a specific relationship to the physical space and architecture. Her images suggest an opening of narration and transform a landscape into a mental space. She has published poetry collection titled Tide (2006), A Collection Of Poems and Drawings (2013), Je voudrais me réveiller dans la mer (2017).

In parallel of her personal projects, she has collaborated with sound artist Yannick Dauby since 2004. In 2008, they founded Atelier Hui-Kan developing activities related to pedagogy, publication, and commu-nities.

YANG Chi-chuan
Born in 1985, YANG Chi-chuan graduated from the National Taiwan University of Arts in 2007 with a BFA in sculpture and obtained in 2011 a National Superior Plastic Arts Diploma (DNSAP) from Ecole Na-tionale Supérieure des Beaux-Arts in Paris, France. YANG’s work utilizes sound-based personalized murmurings that have been extended to call upon people’s own similar experiences, seeking to open up memories related to time, space, objects, and events. The core of her work is based on personal memory, connected to family, politics, animals, food, and other areas related to humanities and social sciences. Recent solo exhibitions include Have a Good Day, Taipei Artist Village, Taipei. (2017); Things That Can Happen, Hong Kong (2017); and Essays During the Night, Juming Museum, Taipei. (2017). Re-cent group exhibitions include 10th anniversary, Coconut, Banana tree, Memorial, Sulfur, Storytelling, Arrangement, Perfect, Hyper trace, Third., Project Fulfill Art Space, Taipei (2018); and Limited by Words, Crane Gallery, Kaohsiung (2018). YANG has participated in residency programs at Things That Can Hap-pen in Hong Kong (2017) and Grey Projects in Singapore (2016). In 2017 YANG was selected for the Tai-pei Art Award Judges Award.

YANG Yu-chiao
YANG likes to go for a walk and is fond of the remnants of trees. Apart from being a Japanese-Chinese and English-Chinese translator, he is also a writer and a verbal art performer of the oral traditional folktale by profession. He collects characters used in ancient days of different countries, the genealogy of mythic figures, and folklores. His published works include tales of oracle-bone inscription: Yi—Tales in Characters (2014 and 2016), and a collection of printmaking artworks and poems, Counterpoint Ar-chive, together with the artist, CHEN Che (2017). He is also the founder of COVER magazine (2017- ).

LAI Yi-Hsin Nicole
Born in 1980 in Taiwan, LAI received her doctorate degree in 2011 from the Visual Culture of the Uni-versity of Westminster. After returning to Taiwan, she founded Art Square Taiwan as a curatorial studio, and established Project School for planning and conducting various art and culture workshop programs for different public groups. LAI’s long-term curatorial research focuses on post-colonial space and histo-ry, as well as urban space and the embedded cultural implications. Her recent curatorial project Amongst the Silence—In Search of Art as Resistance and Shelter explores how contemporary artists work with different concepts and forms to explore art as resistance and shelter, and to evoke possibili-ties of thinking, exploration and re-imagination that transcend political language and social structure.