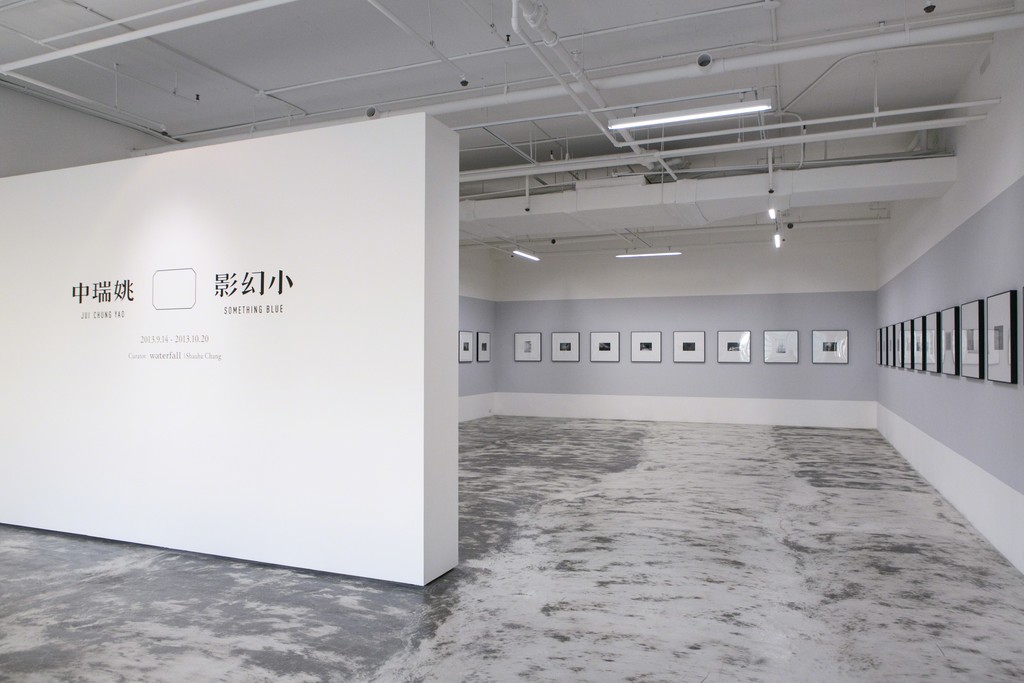 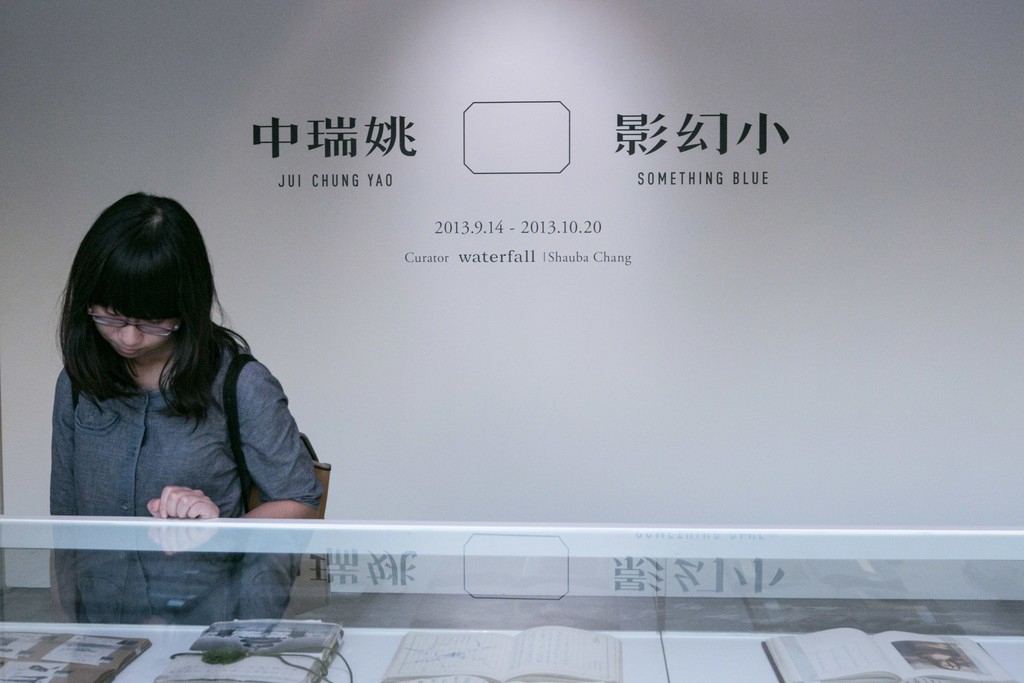 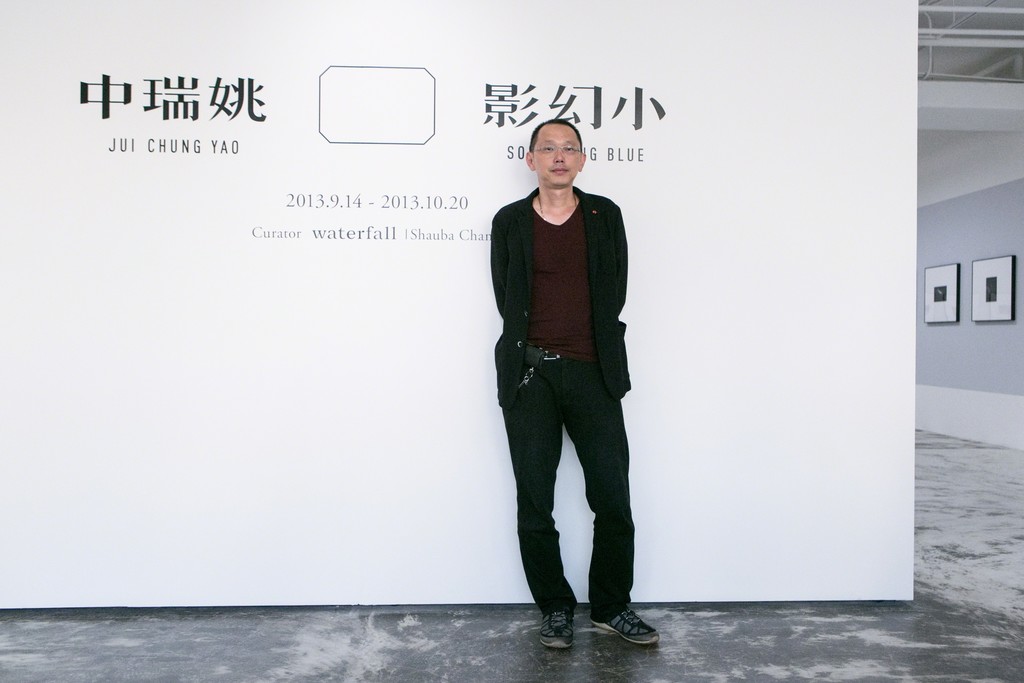 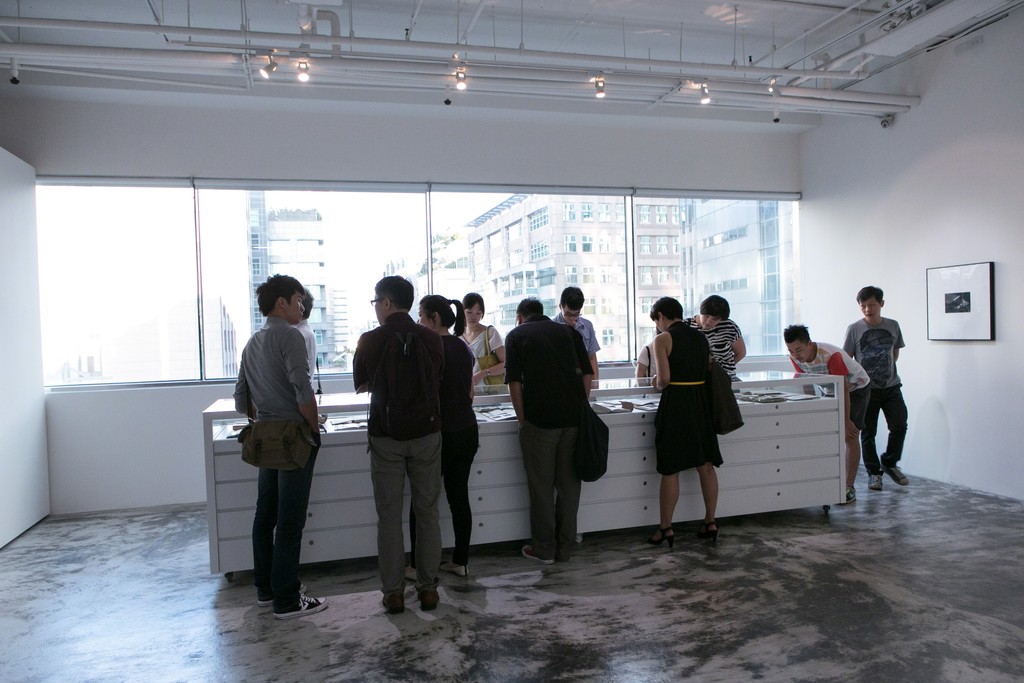 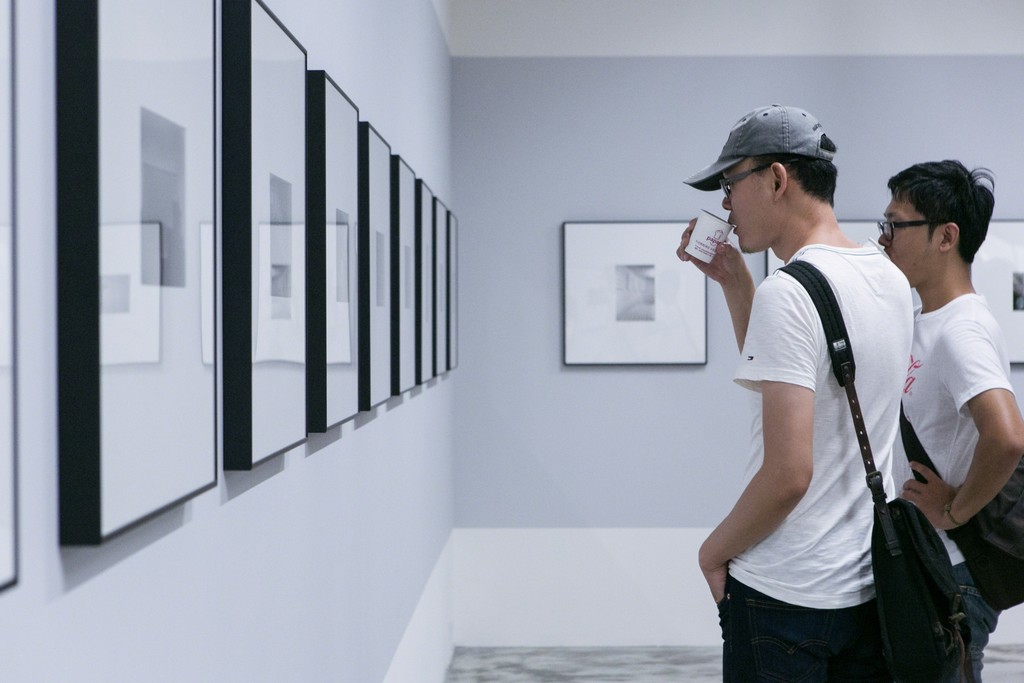 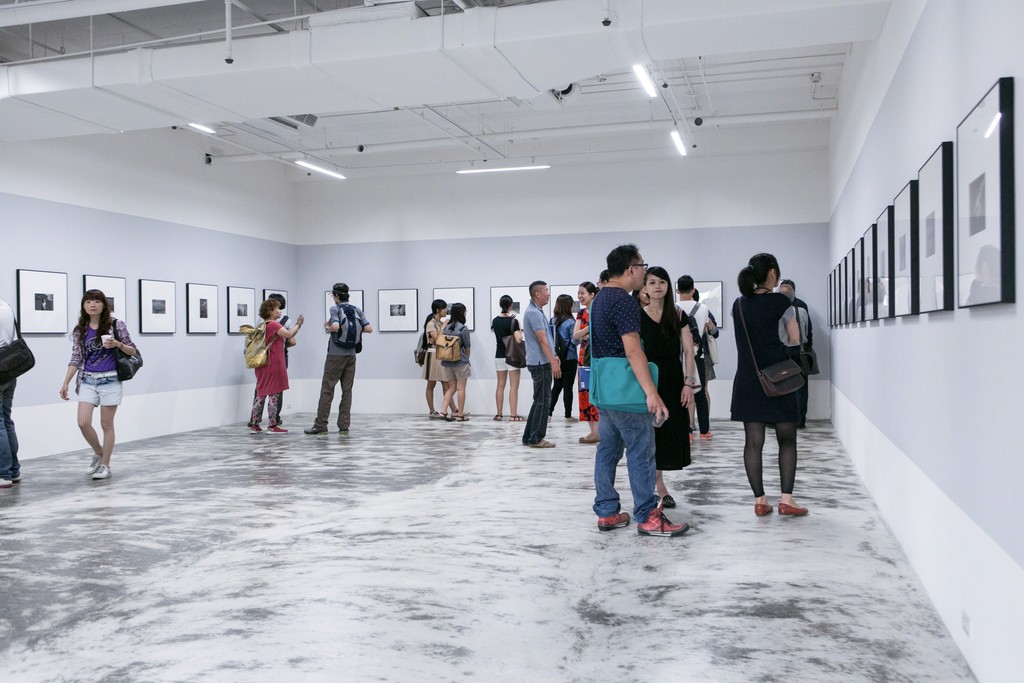 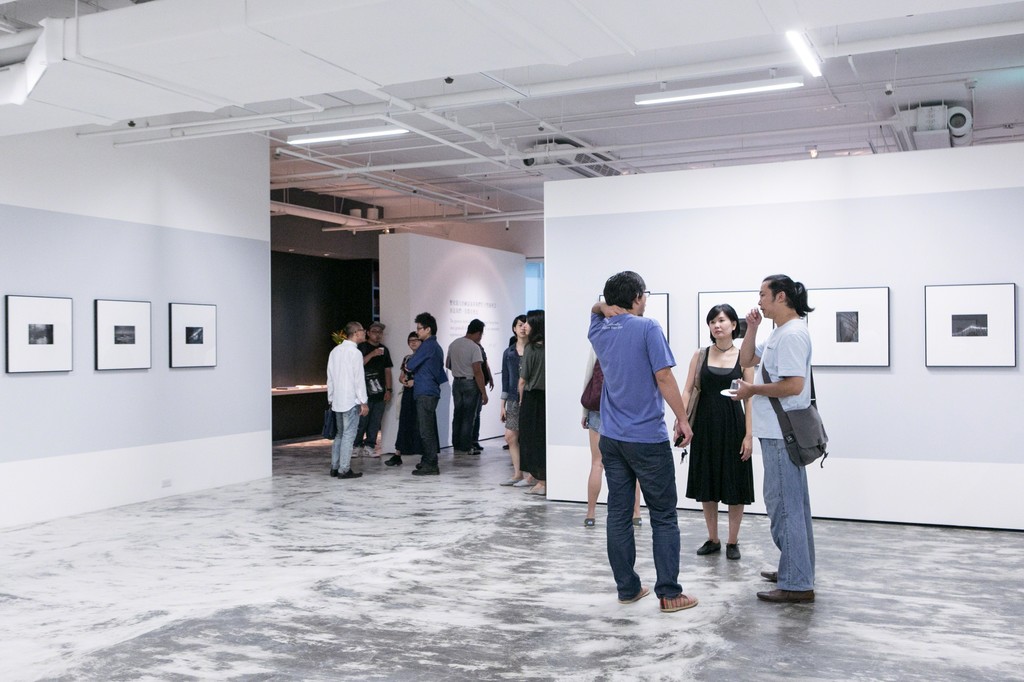 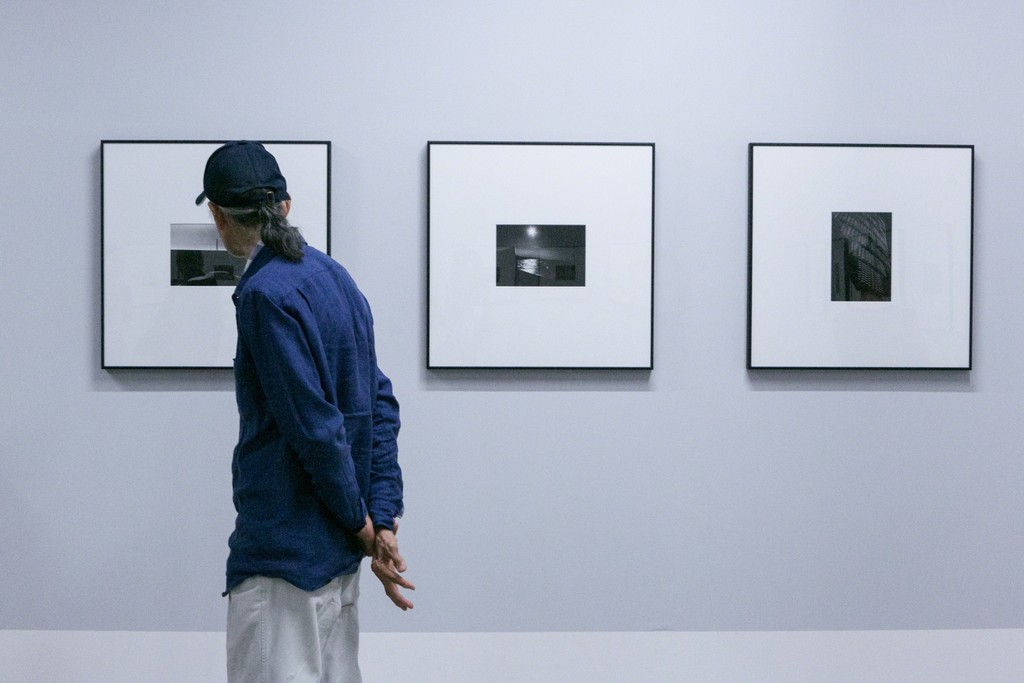 The greatest myth of history is not about being born then gradually die but the fact that we are constantly experiencing death in its perpetuity.
Notes from 1993.8.19

Selecting from a bulk amount of his unpublished black and white photographs taken in the last twenty years, artist Jui-Chung Yao collaborates with independent publishing house Waterfall for the photo book Something Blue.
From 14th September to 20th October, 35 pieces of the original hand-printed photographs will be exhibited at TKG+ Projects, a brand new project space of TKG+. More than 20 notebooks of the artist’s hand notes and diaries will also be presented on site.
Yao has been an active artist and actionist in the local and international contemporary art field. He does not shy away from employing the tone of cynicism and vulgarity in his works, in which he transcribes a sense of intensity and urgency in his chosen subjects. The social disorder is seen as monsters bred from the absurd system of states, making unjustifiable decisions that exploits the people and the environment. Since long ago, Yao has concerned himself with these political issues and societal disorders and tenders his own reading through his introspective yet sardonic works, including photographs, videos, performance art and paintings.
Yao never stopped creating in the past years but viewers rarely had a chance to get a taste of his personal life and art practice. To certain extent, these photographs taken between 1992 and 2012 bridge the hiatuses among his other works. The strong emotions and personal memories carried by these photographs bring us closer to the artist’s life than anything else. One could engage this book as a visual autobiographical work that gives a tinge of magical realism and serves as proves of the desolateness and shifting of a generation.
50 photographs are included in Something Blue, whose bookbinding design, made of artificial leather, is inspired by the vintage photo album. Included in the second part of the book are excerpts from his notebooks, which give readers a glimpse to the artist’s own personal fleeting memories. The sense of loss and evanescence within the missing pages and chapters, on the other hand, is palpable and resonates with those who share similar life experiences.
Jui-chung Yao was born in Taipei, Taiwan (1969), and received a Bachelor of Arts in Art Theory at the National Institute of the Arts (now Taipei National University of the Arts) in 1994. He currently serves as an associate professor at the Department of Fine Arts of the National Taiwan Normal University. His work has been collected by Taipei Fine Arts Museum, Kaohsiung Museum of Fine Arts, National Taiwan Museum of Fine Arts, as well as Queensland Art Gallery (Australia), Herbert F. Johnson Museum of Art (USA), Bibliothèque nationale de France. Yao has represented Taiwan in the Venice Biennale (1997), participated in the Yokohoma Triennale (2005), the Asia Pacific Triennial of Contemporary Art (2009), YES TAIWAN: 2010 Taiwan Biennial (2010), and Shanghai Biennale (2012). His works have been viewed in hundreds group shows in Taiwan and abroad. Apart from his art practices, he's been involving in theartre, feature films, art history lectures, art criticism and curating. Most recent solo shows have been held at several venues, including Dreamy at Goedhuis Contemporary Gallery, London, UK (2010), Honeymoon at Hanart TZ Gallery, Hong Kong (2010) and Long, Long Live at Tina Keng Gallery, Taipei (2013).