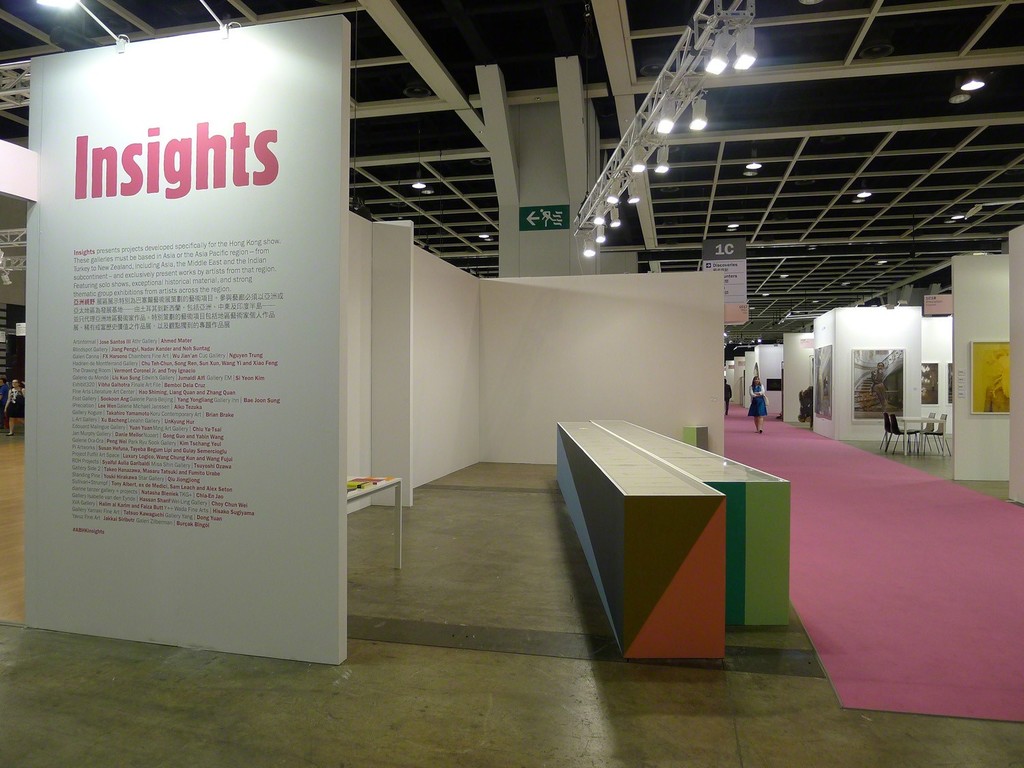 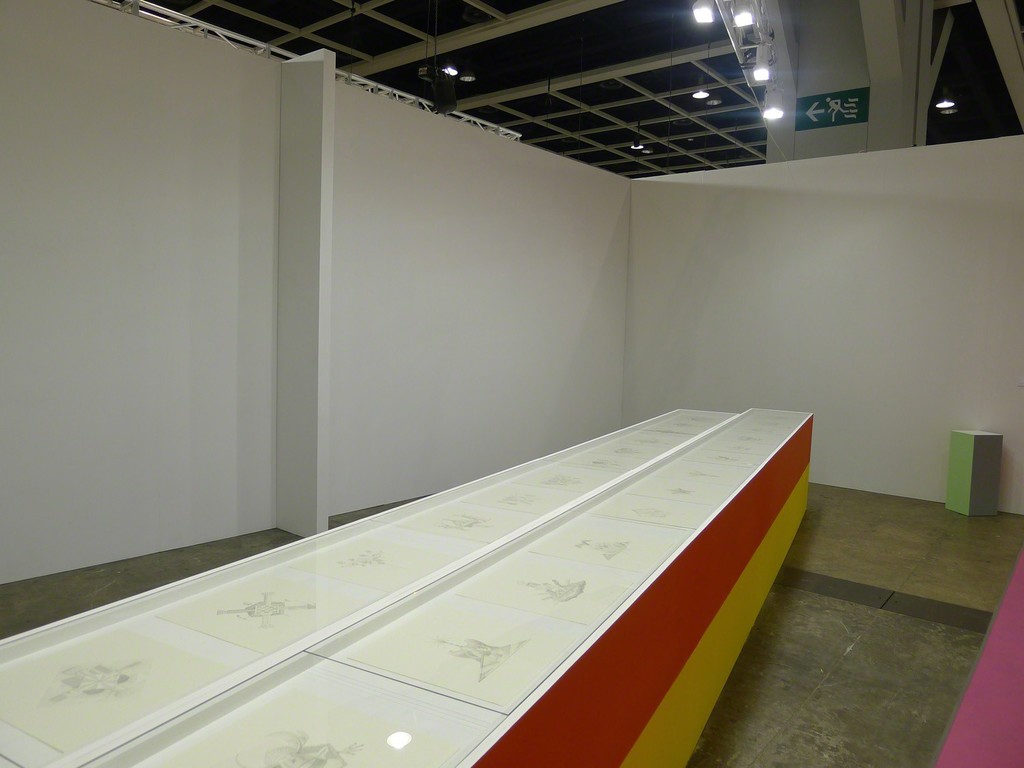 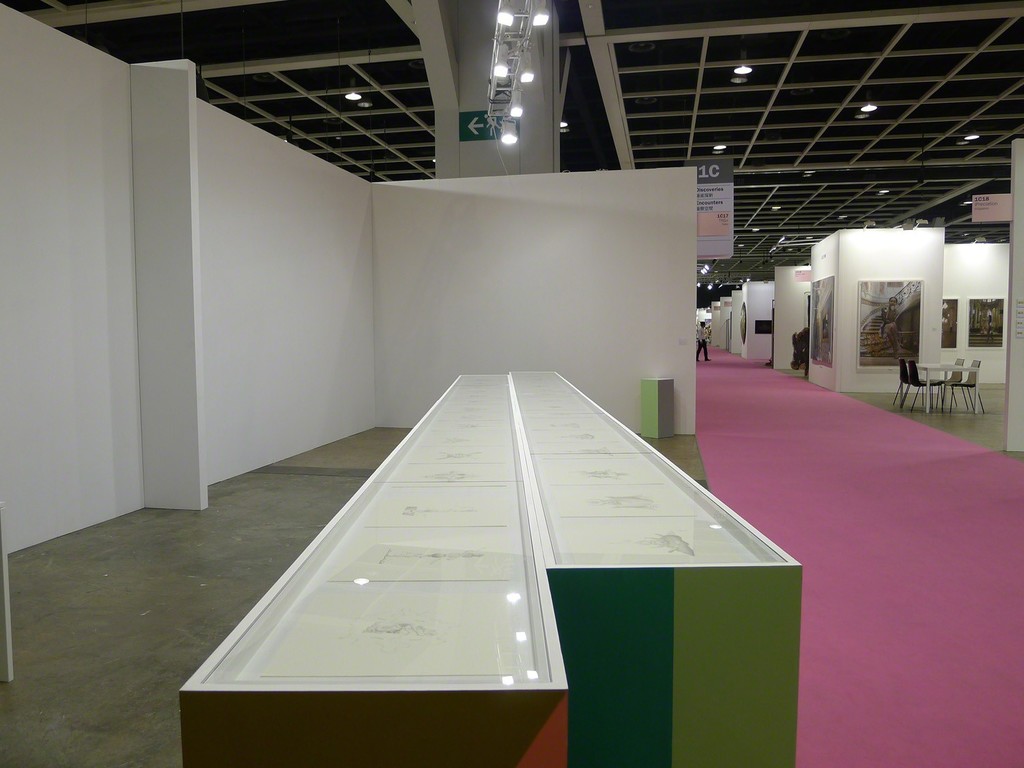 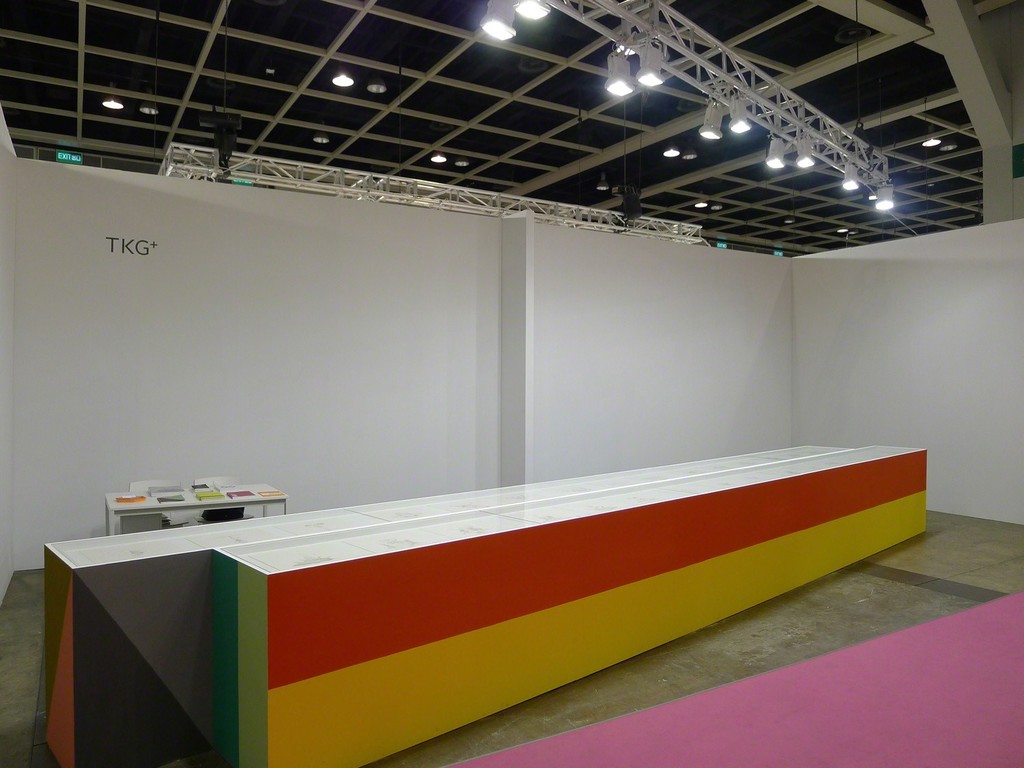 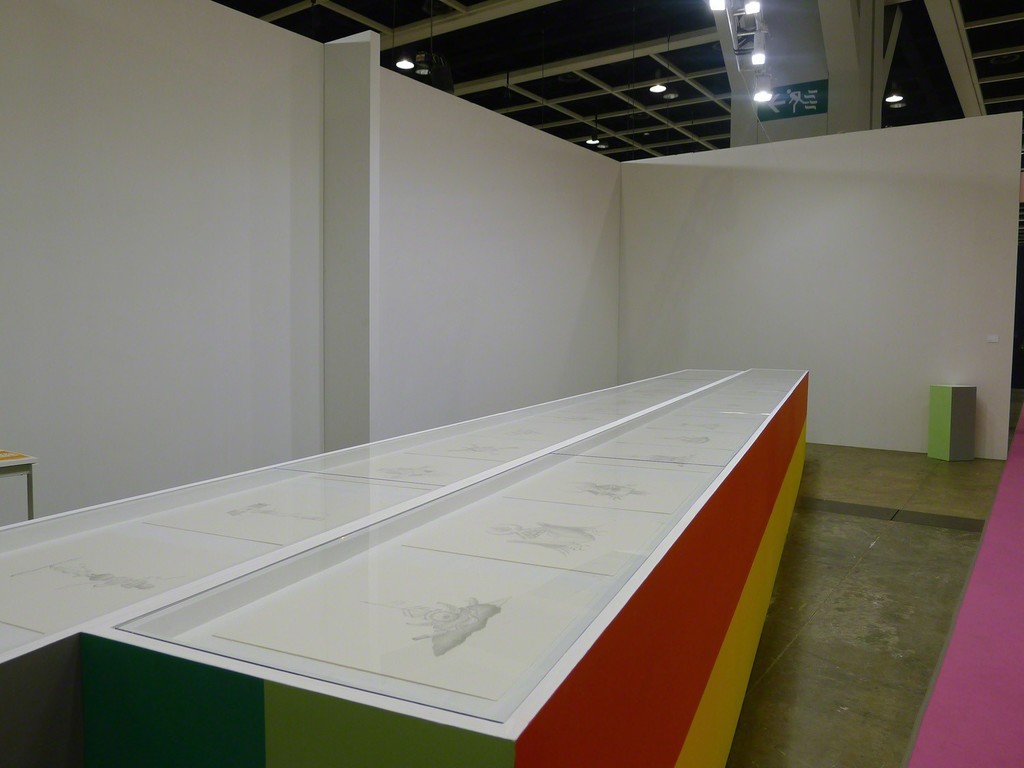 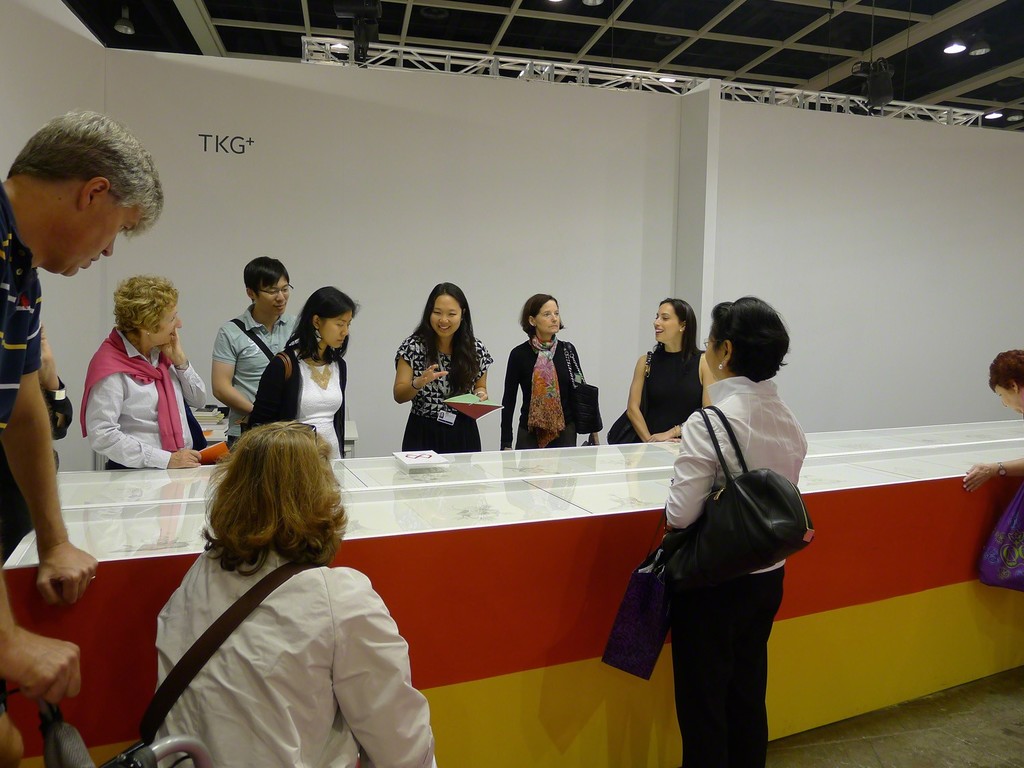 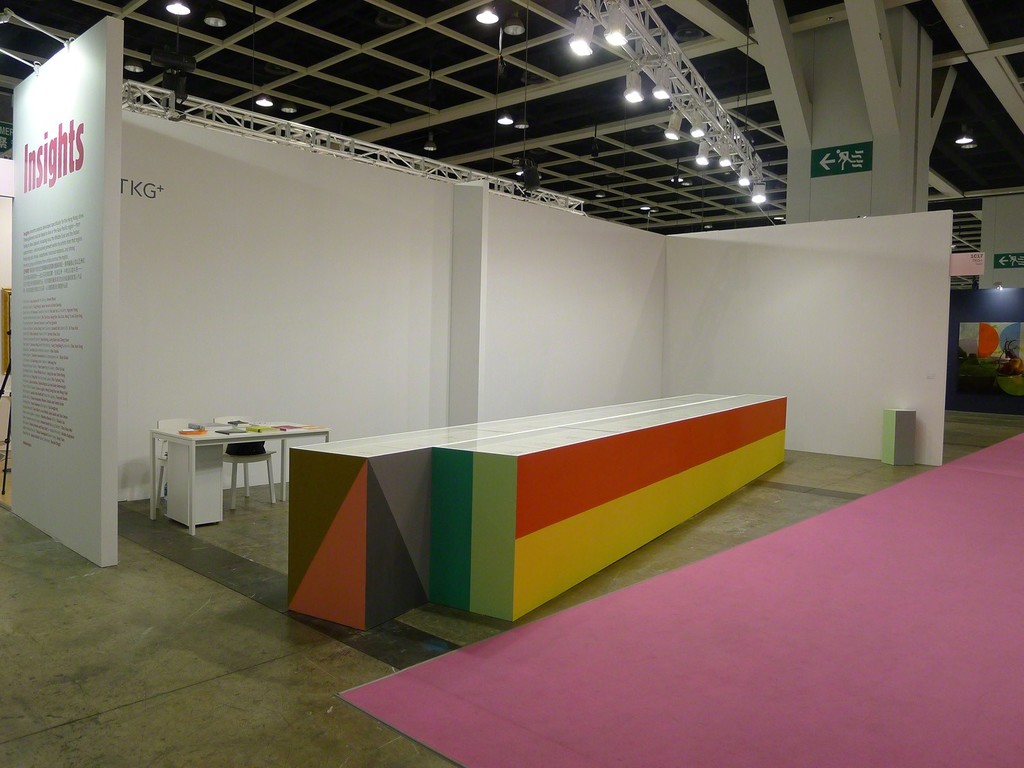 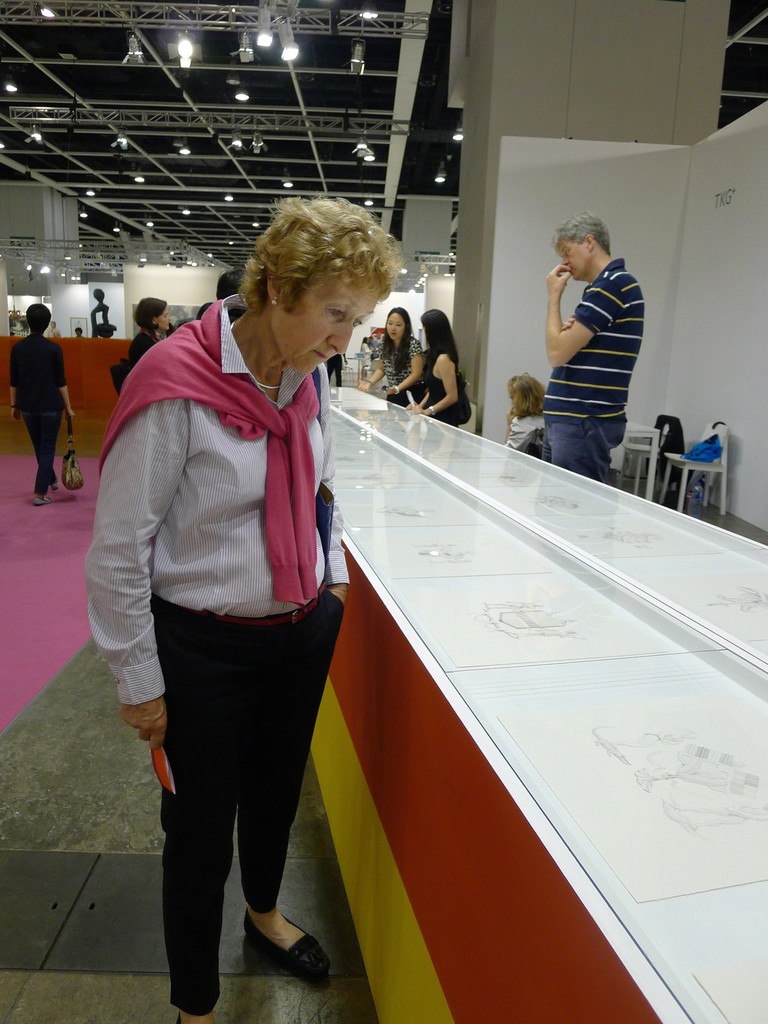 For Art Basel Hong Kong 2014, TKG+ is pleased to present artist Chia-En Jao and his work Arms (2012), which was previously exhibited at the Taipei Biennial 2012. In Arms, the artist investigates the making of “symbols,” providing a rich interpretation of the history of colonizatiorn and globalization as they have affected Taiwan and the Asia-Pacific region.

Comprising thirty drawings and displayed in a numerical order, Arms (2012) takes viewers on a walk through history that traces back as early as 1624 when the Dutch colonization of Taiwan took place. The sides of the custom-made display cases for each drawing are painted in striking colors ranging from banana yellow to Phrygian cap red, all references to the hues of emblems in each drawing, as explained in the guidebook that accompanies the work. From a design alluding to Taiwan’s history of war, law, and agriculture, to an image drawn from a World War II propaganda poster against the Japanese, each piece is the result of careful research into the island’s geopolitical and economic history. Taiwan’s unique location has granted the island vital access to mercantile routes, as well as turning it into a political pawn in the Asia-Pacific’s geopolitical struggles. The examination of Taiwan-related events is naturally imbricated within a history of colonization and globalization.

Through visually striking and delicately rendered imagery, the project asks how such images become symbols of, among other things, power and defeat, and in turn, are part of our accepted historical narratives. Yet by extracting bits and pieces from already existing emblems, combining them with others, and adding to their compositions, Jao effectively reinterprets historical records. Each carefully sketched drawing may be a familiar image to the viewer, and trigger a memory. However, upon closer examination, each image becomes all the more unfamiliar. It is within this space of the familiar and the unfamiliar, the known and the unknown, that Jao’s Arms subtly and cleverly suggests a re-examination of the symbols that surround us every day.

Chia-En Jao delves into the complexities of language, identity, culture, and image-making in his thought-provoking work in video and installation. Jao has exhibited worldwide at major art fairs, including the 7th Asia Pacific Triennial of Contemporary Art (APT7) and the Shanghai Biennale 2012.