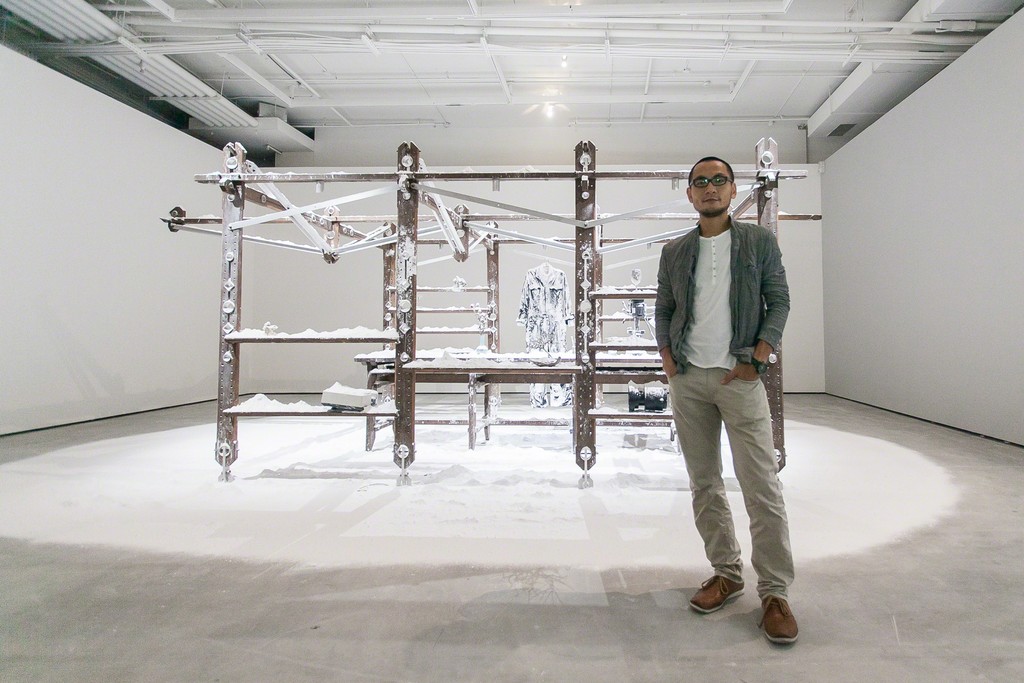 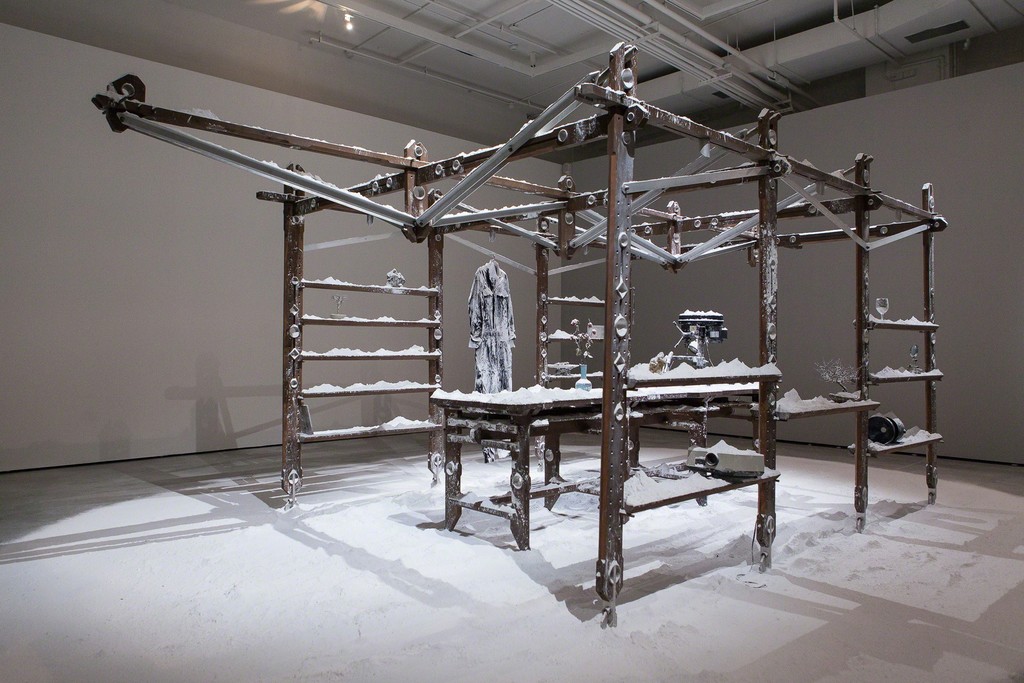 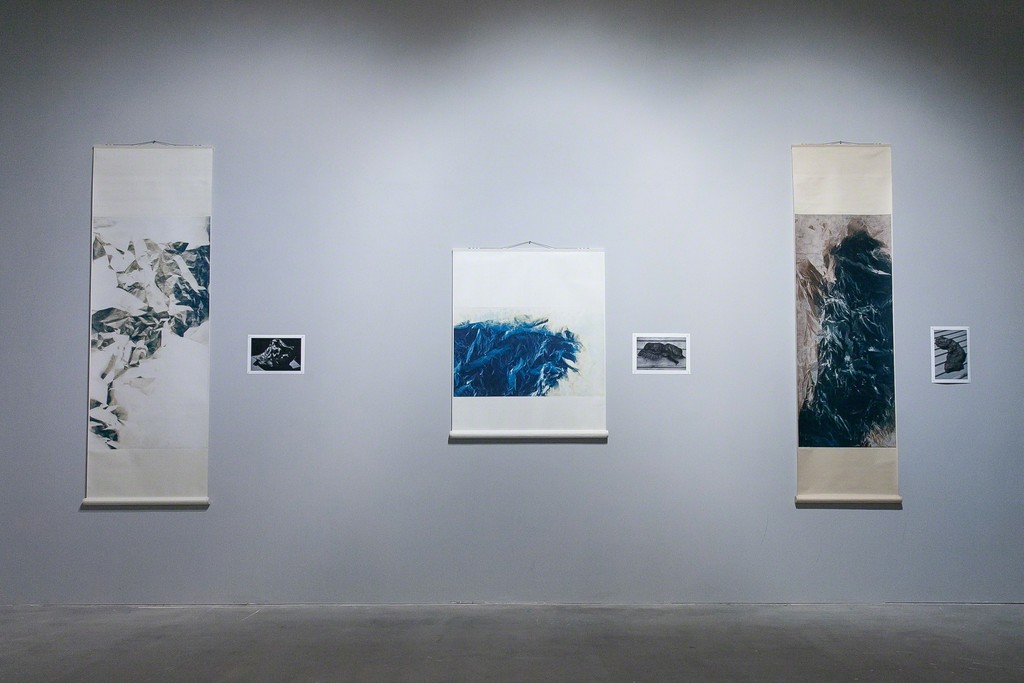 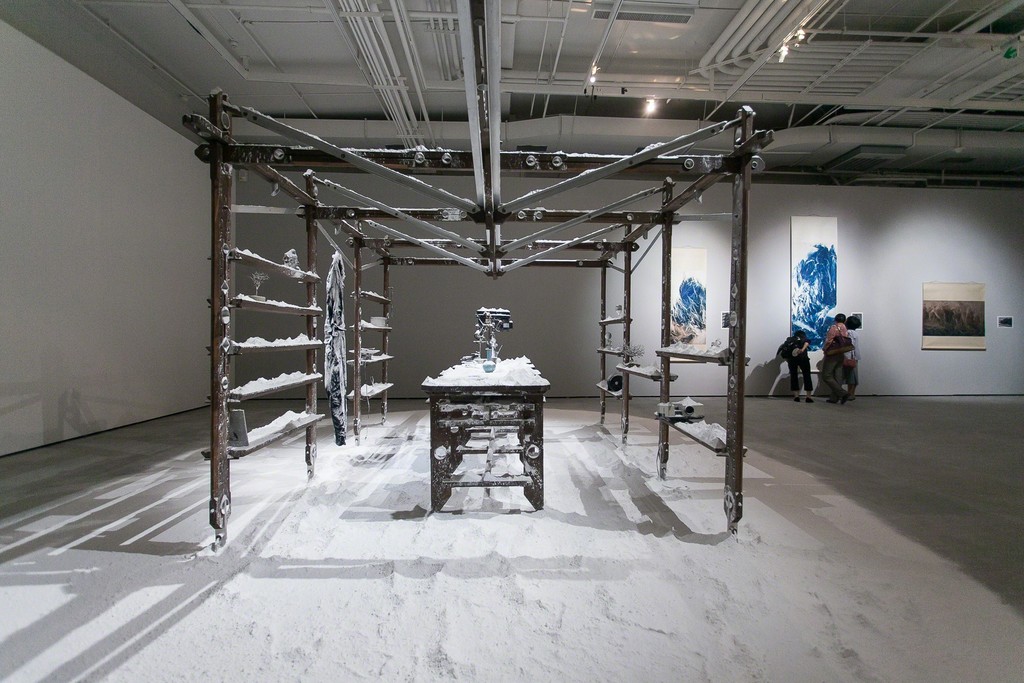 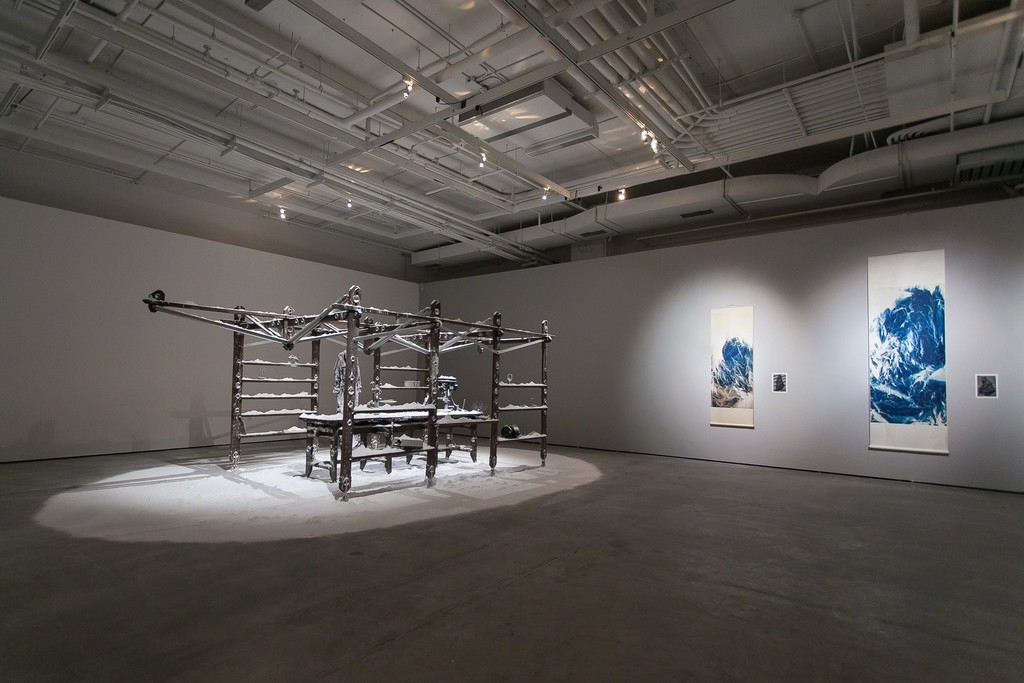 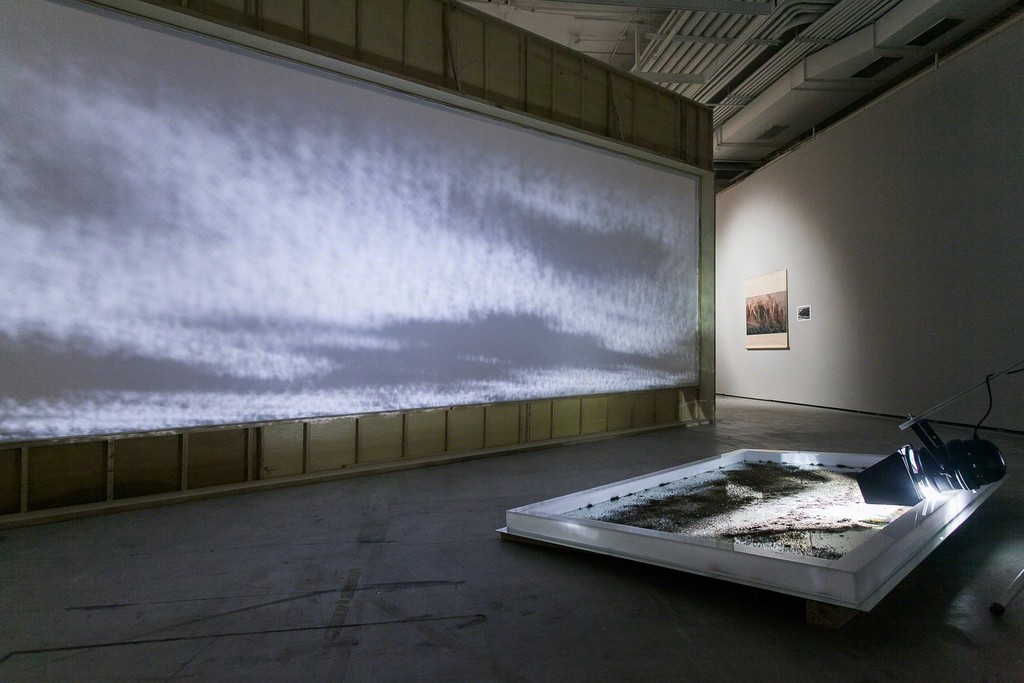 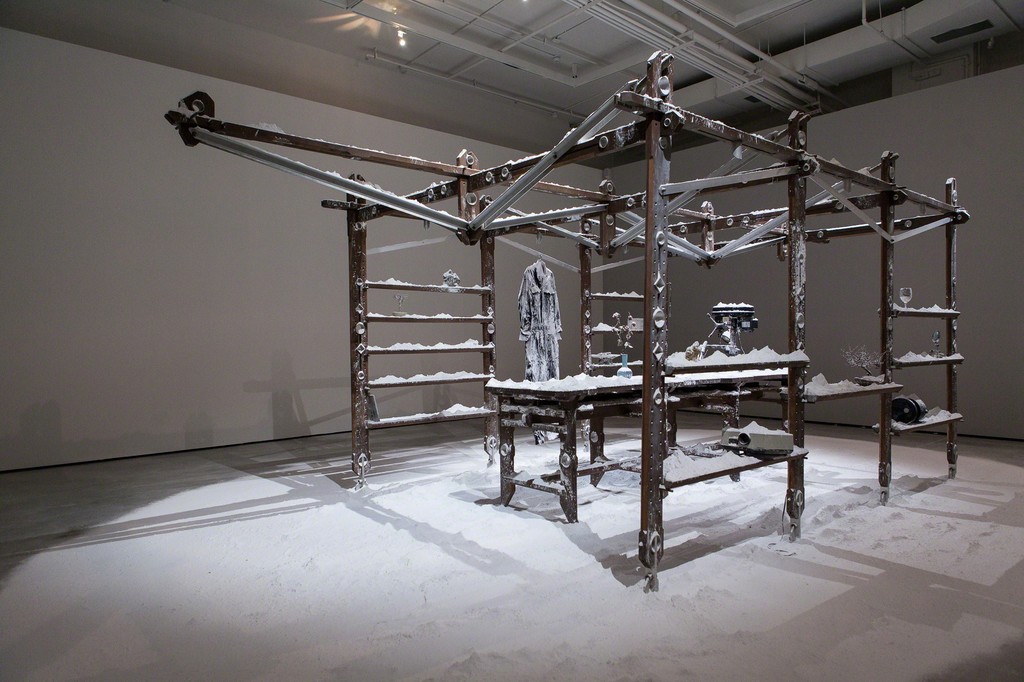 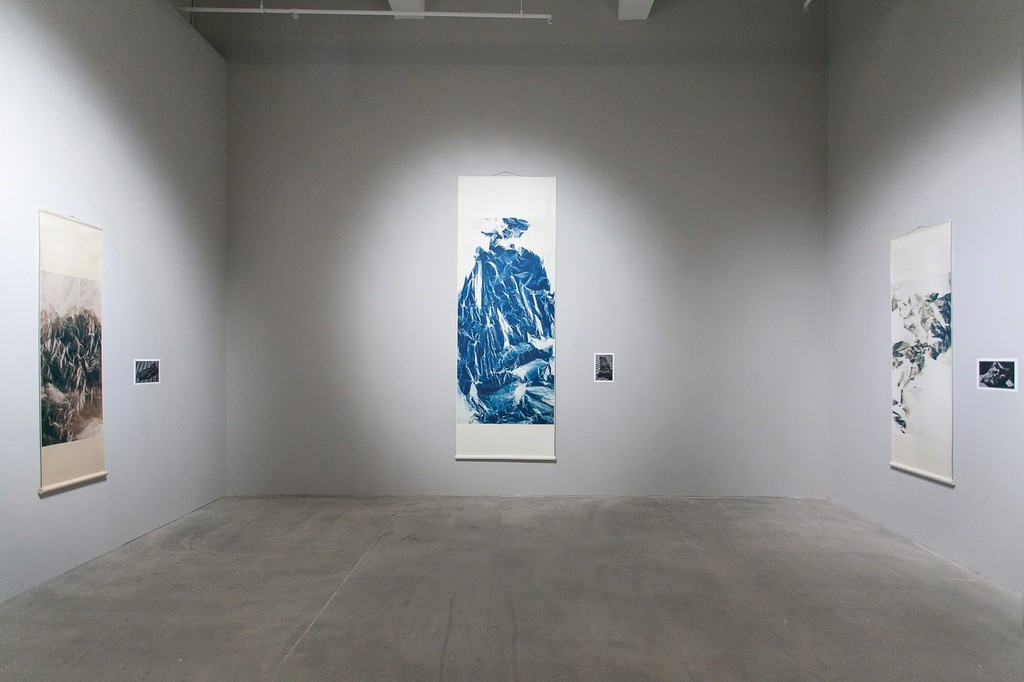 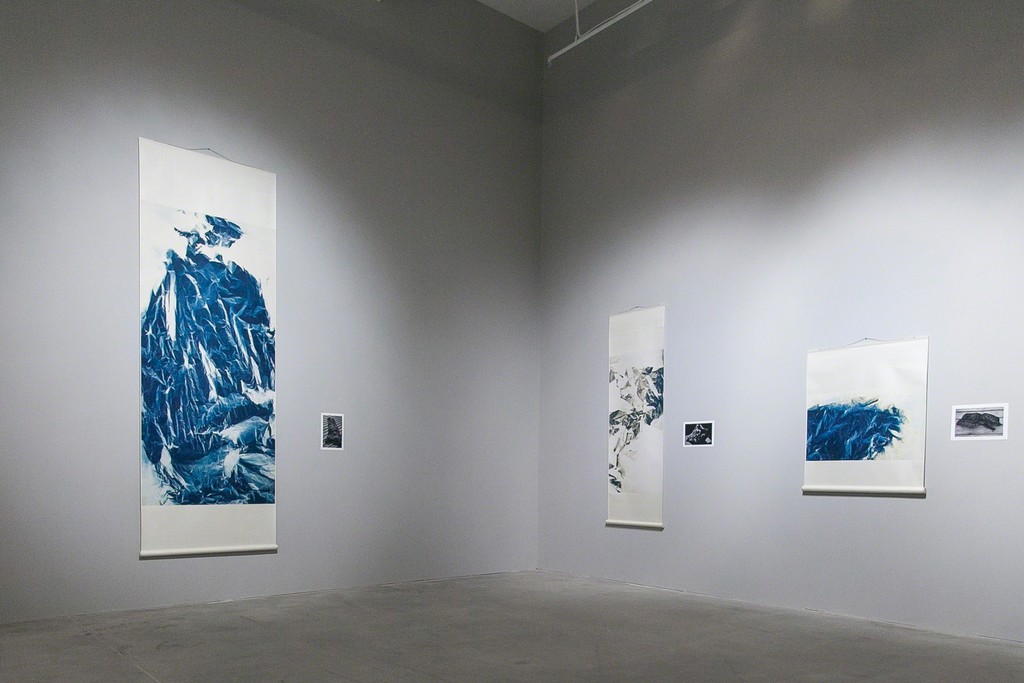 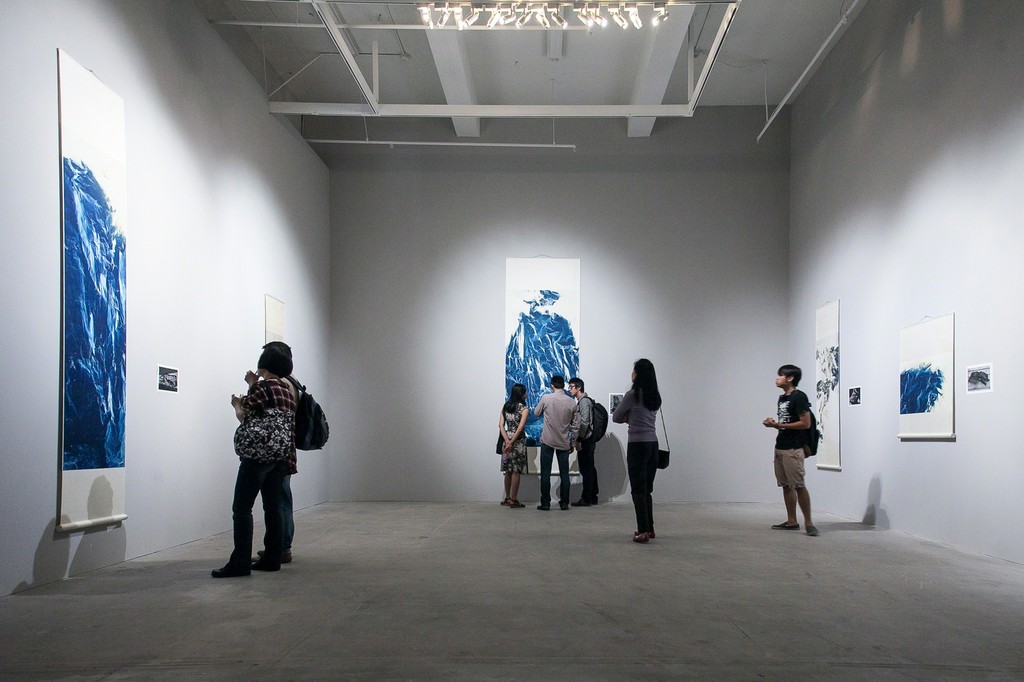 TKG+ is delighted to present the first solo exhibition of Wu Chi-Tsung at TKG+, on view from November 10 to December 16, 2012 (opening reception on Saturday, November 10, 6:00pm-9:00pm). Wu Chi-Tsung’s work spans a variety of different media, including photography, video, and installation, creating works that illuminate the ephemeral aspects of nature, which result in poetic renditions of his mindful observations of the world.

In this solo exhibition, Wu Chi-Tsung crafts installations that correlate the sublime and the minute, filling a vessel with ants and sugar, which is then mirrored and projected onto a larger screen. The movement of the ants in this instance, become like clouds drifting across the sky. In another series of works, Wu inspired by the texturing methods (cun-fa) of Chinese calligraphy, manages to transform paper into mountain ranges, or possibly a sea of waves through crumbling and lighting these surfaces. Wu recreates landscapes through the physicality of light, paying particular attention to the way people see things and how landscapes can be referenced through simple gestures.

Wu Chi-Tsung was born in Taipei, Taiwan (b. 1981), and received a Bachelor of Fine Arts in oil painting from the Taipei National University of the Arts in 2004. He has participated in numerous group exhibitions domestic and abroad, including Boundaries on the Move: Taiwan-Israel, A Cross-Culture Dialogue (2012), Herzliya, Museum of Contemporary Art, Tel Aviv, Israel; Taiwan Calling - The Phantom of Liberty / Elusive Island (2011), Műcsarnok - Kunsthalle Budapest Ludwig Museum, Budapest, Hungary; Our Future: The Guy & Myriam Ullens Foundation Collection (2008), Ullens Center for Contemporary Art (UCCA), Beijing, China; Artes Mundi (2006), Wales International Visual Art Prize, National Museum of Cardiff, Cardiff, UK; Hyper Design: 6th Shanghai Biennial (2006), Shanghai, China; The Elegance of Silence (2005), Mori Museum, Tokyo, Japan and has held solo exhibitions at IT Park Gallery (2004, 2009) and Chi-wen Gallery (2009) in Taipei, Taiwan.
An additional work by Wu will also be on view at the TKG+ booth (B33) at Art Taipei (November 9-12). For additional information, please visit: www.tinakenggallery.com.
TKG+, the contemporary platform of the Tina Keng Gallery, opened its expansive space in the Neihu District of Taipei in October 2009. Its mission is to promote and support the most interesting and significant contemporary art from the region. The gallery works with emerging artists and privileges experimentation in art across different mediums, from video and photography to installation and new media. As its name suggests, TKG+ believes in the exponential growth and possibility of art in the 21st century.