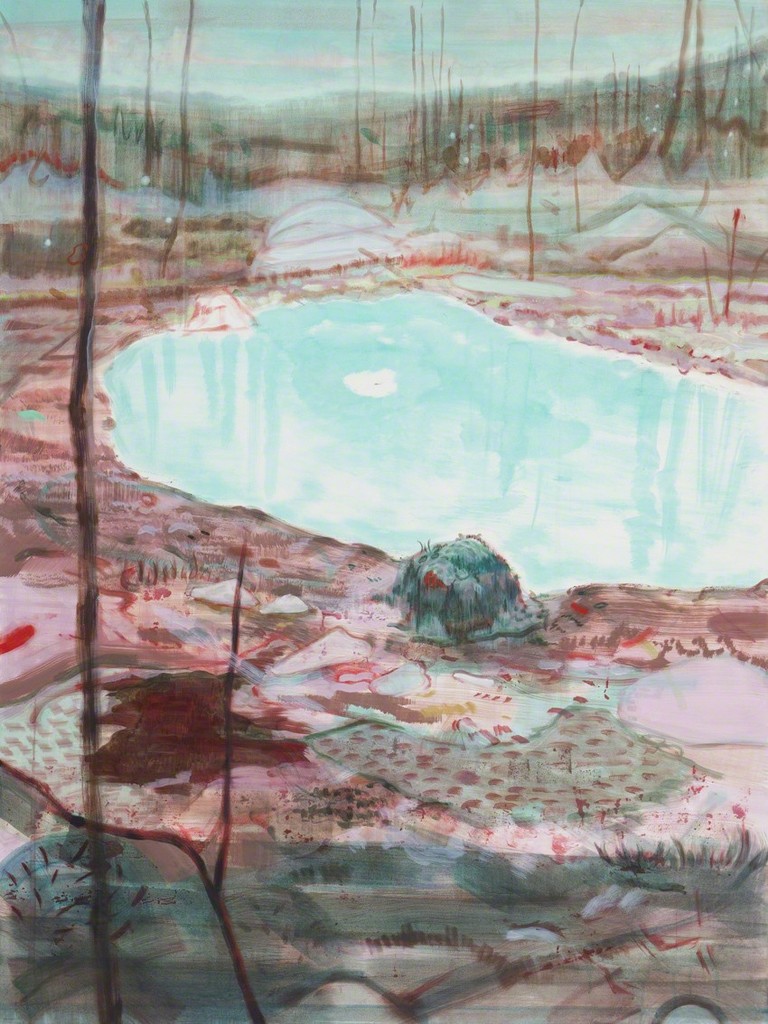 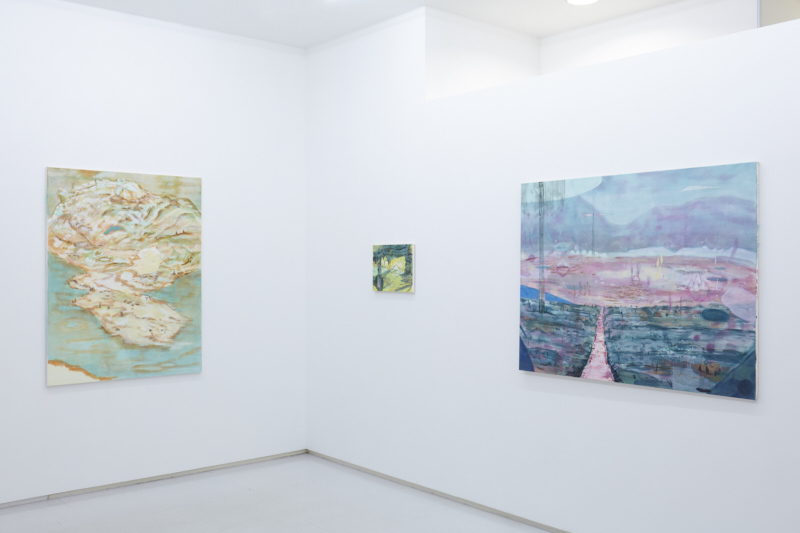 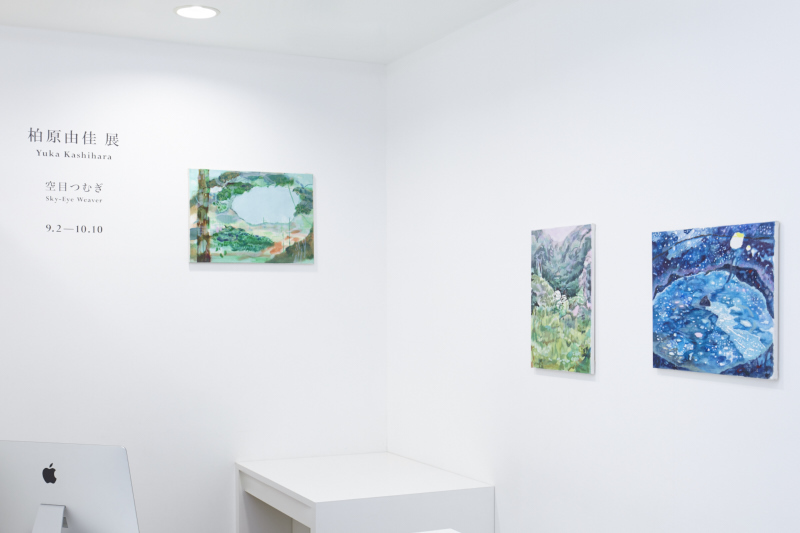 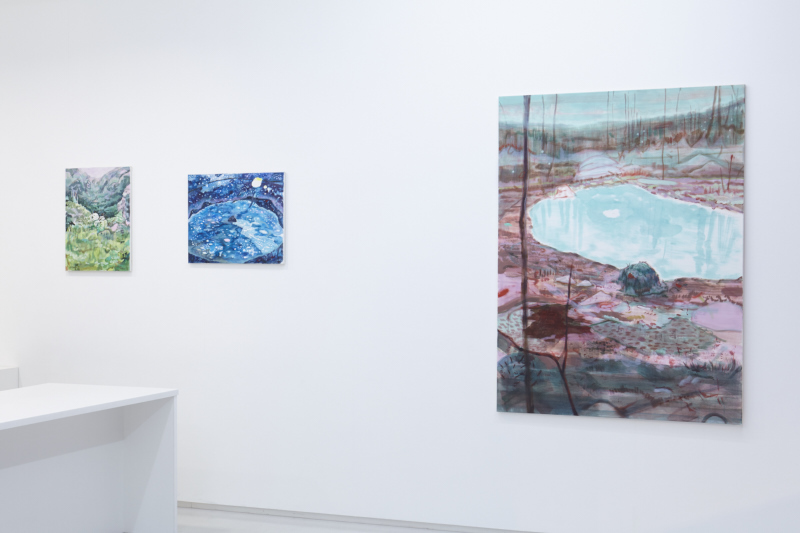 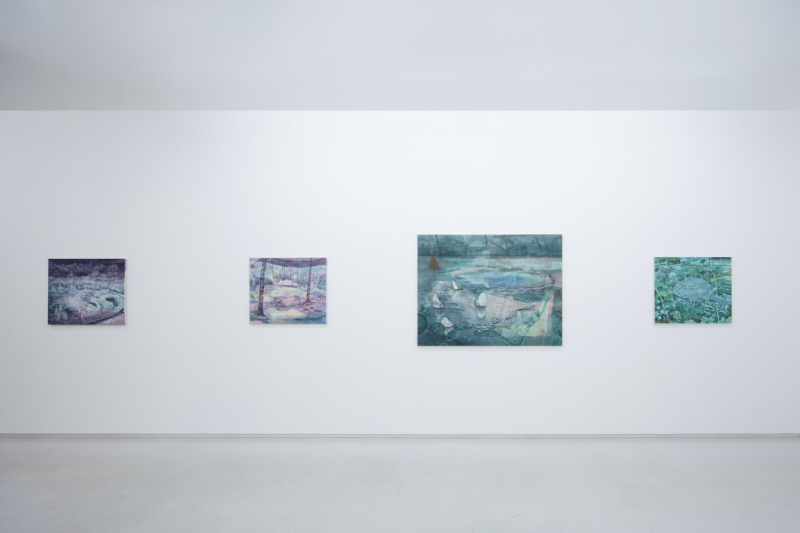 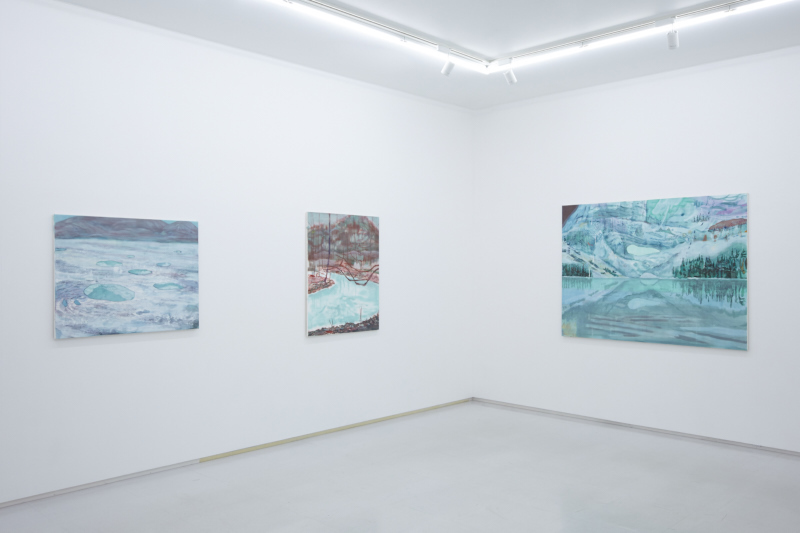 Yuka Kashihara uses oil paint applied in a thinly diffuse manner similar to that of Japanese nihonga painting, and by applying it in numerous layers she is able to create a unique depth of color. Within the world of her artworks, scenes from both reality and the spaces of the internal imagination are gently interwoven. Against this backdrop, having left Japan and moved to Germany where she continued developing her practice, Kashihara acquired an interest in the 'distance' between the internal and the external. This included the physical distance between Japan and Germany; and further, the distance herself as a Japanese person and herself while in Germany. This becomes expressed symbolically as an introspective speculation in the forms of the motifs of caves, holes, mountains and lakes which she repeatedly takes up within her work, and through this process of sublimation it is as though the original energies which lie dormant within the great Earth have become awakened. The 'Sky-Eye' of this exhibition's title essentially takes on the meanings of 'the act of seeing what does not exist there, and yet recognizing its existence,' and of 'making the pretense of not seeing things which are seen in actuality'. As for the 'Sky-Eye Weaver', this is the figure which comes to weave together into the scenes within her oil paintings both spatio-temporal awareness and everyday occurrences, and which at once seem to transcend the bounds of memory whilst also seeming not to exceed it. Kashihara's practice amounts to a neologism in itself, symbolically expressing her uniquely individual perspective.
For this, her fourth solo exhibition with Tomio Koyama Gallery, we invite you to witness the artistic world of Yuka Kashihara, over-brimming with life force, within which exists both a transparency and a unique depth of intensity.