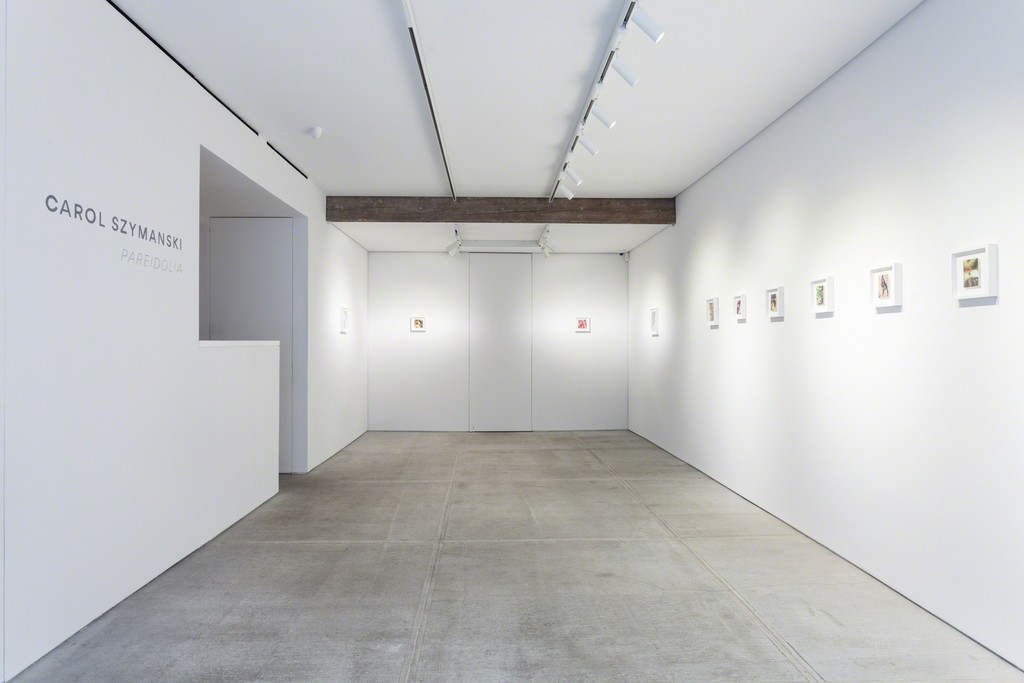 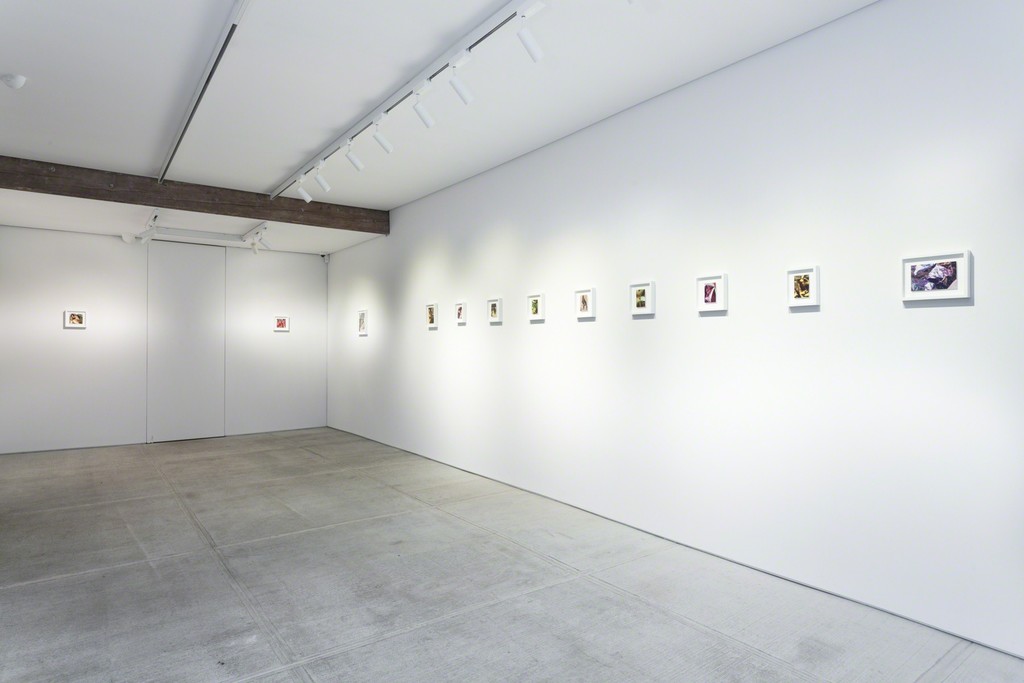 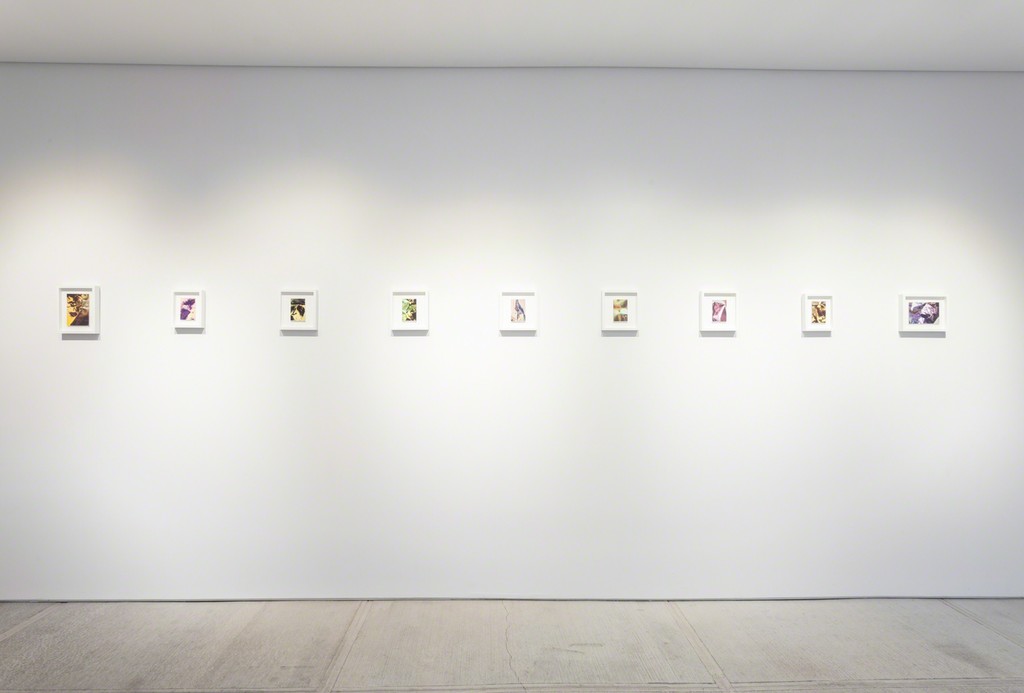 Between the indefinite and the concrete, there exists an intermediary partner:
language. Szymanski has long been interested in negotiating this transitional terrain, knitting
together her own mediating systems of color, sound, letter, word, and multi-dimensional
forms. Pareidolia takes as its starting point Szymanski’s previous body of work, Songs of Solfège,
a series of seven inflatable sculptures made of PVC plastic filled with helium. Songs of Solfège
grew out of the artist’s quest to capture the primary element at language’s core: shaped
breath. The resulting sculptures float freely around the room, each note of the solfège
corresponding to a custom typeface formed of Mylar skin.

Via photographic captures, Pareidolia adds yet another level of translation to this
exercise, mapping the movement of each sculpture in relation to its companions—
monochromatic paintings Szymanski has made of the same shapes. Szymanski apprehends the
fleeting presence of sound by seizing miniature reflections of her painted forms across the
sculptures’ mirroring surfaces. Like the psychological phenomenon the term itself
describes, wherein the mind perceives resemblances to familiar things (faces, figures or
landscapes) where none objectively exist, the unique Cibachrome prints in Pareidolia give form
to air, expression to impression, and call into relief the beautiful tension of “language
dissolving itself into incommunicable sensation,” as the artist has put it, “language eating
itself”.

Carol Szymanski is a New York-based artist, originally from Charlotte, North Carolina. Recent
solo exhibitions and performances include The New Sounds Live Series, curated by WNYC’s
John Schaefer at the Winter Garden (Brookfield Place) - The Phonemophonic Alphabet Brass
Band (26 brass trumpets) - and performances of compositions by Ben Neill and Pauline Oliveros;
A Distance as Close as It Can Be at Elga Wimmer PCC; My Life is an Index at Tanja Grunert
Gallery; and Pissing Against the Wind, or, Sketches on the Mental Drain on the Dead Banker at
Guided by Invoices. Szymanski studied at the San Francisco Art Institute and the Whitney
Museum Independent Study Program and has been a recipient of numerous awards including
the Rome Prize and a National Endowment for the Arts fellowship. In addition to her ongoing
collaboration with Ben Neill, she has also worked with musicians including the Ekmeles
Ensemble, Dewey Redman, and Wadada Leo Smith.