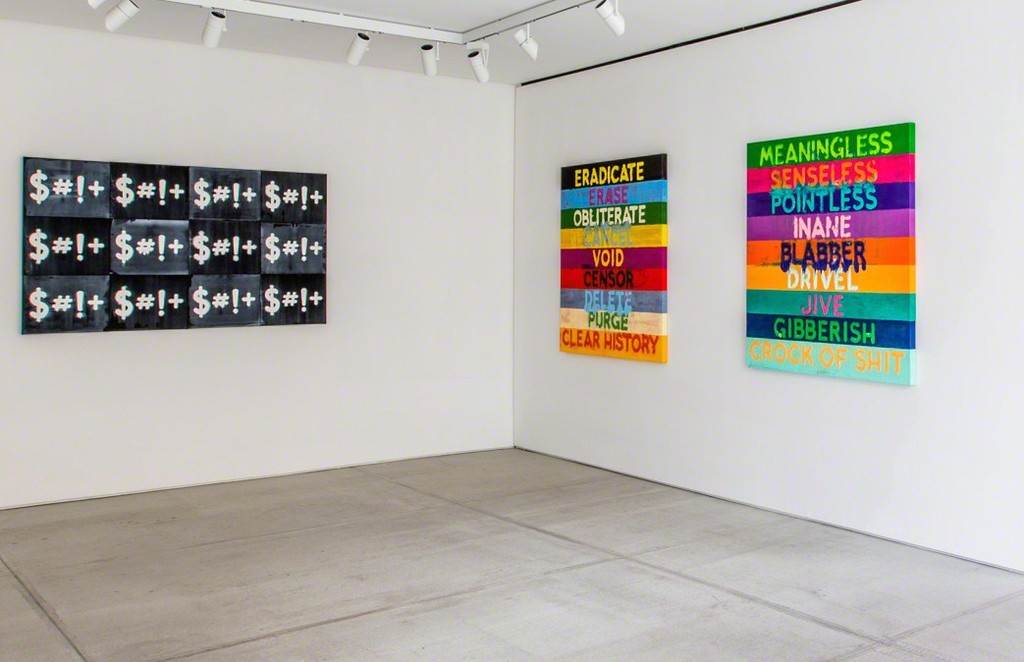 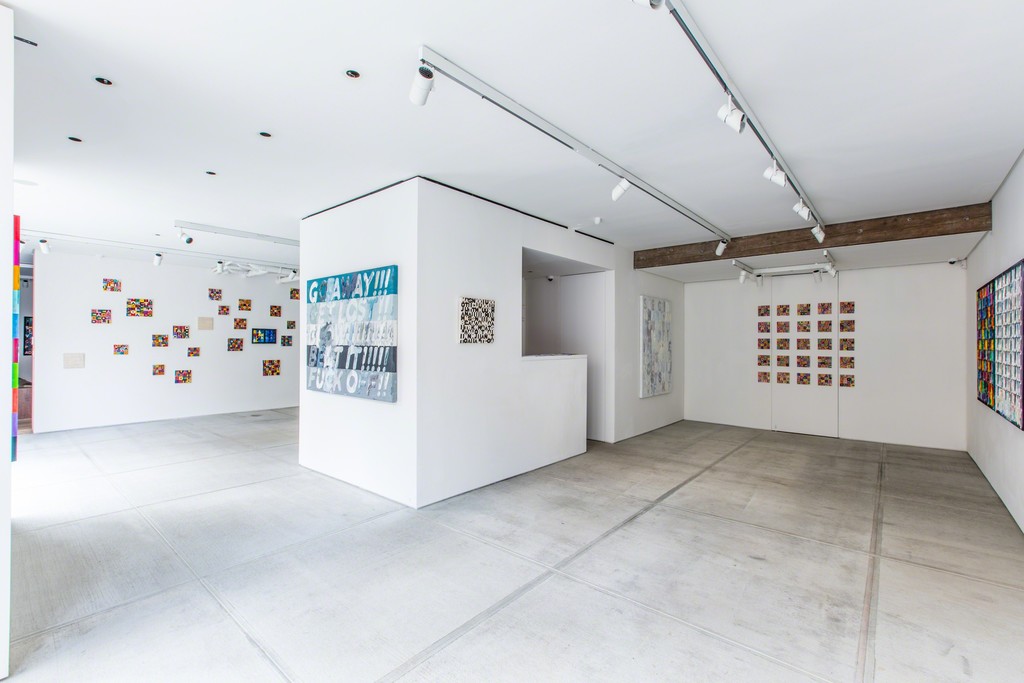 TOTAH is proud to present Verba Volant Scripta Manent, an exhibition of works by Mel Bochner and Alighiero Boetti, taking as its point of departure both artists' use of wordplay. The exhibition earns its title from Boetti's eponymous work, created in 1987 and hand embroidered with the Latin phrase 'Spoken words fly (away), written words remain'.

In Verba Volant Scripta Manent, TOTAH presents a selection of Boetti's arazzi, alongside Bochner's
newest works on velvet. The exhibition engages with both artists' treatment of textile. Boetti's arazzi are cotton squares, hand embroidered by Afghan women commissioned to execute grids of multi-colored Latin letters. Each arazzo spells out a poetic phrase in a playful configuration. Bochner has staked his claim on velvet with oil painted prose, bleeding over in meaning and medium. These word portraits, laced with irreverent wit, subvert format, norms, style, and perhaps even painting itself.

Bochner and Boetti, both born in 1940, are connected not only in time, but also in space. Velvet, favored increasingly by Bochner, originates in Kashmir, a mere half a day's drive from Kabul and Peshawar, where Boetti's arazzi were fabricated throughout the 70s, 80s and (half way through the) 90s. Viewed together, the works in Verba Volant Scripta Manent offer a glimpse into the prescience of these two artists. Both Boetti and Bochner, though having only met once, share a similar ethos and relentless passion for staying the conceptual course in the face of the ebb and
flow of styles precipitated by their contemporaries.

The exhibition at TOTAH hints at that mysterious quality, which empowers an artist's oeuvre to transcend time. Though Boetti and Bochner's works in Verba Volant Scripta Manent are replete with text, none surrender to a single interpretation. Inscribed, embroidered or pressed, their words remain, while undoubtedly allowing our imaginations to fly.