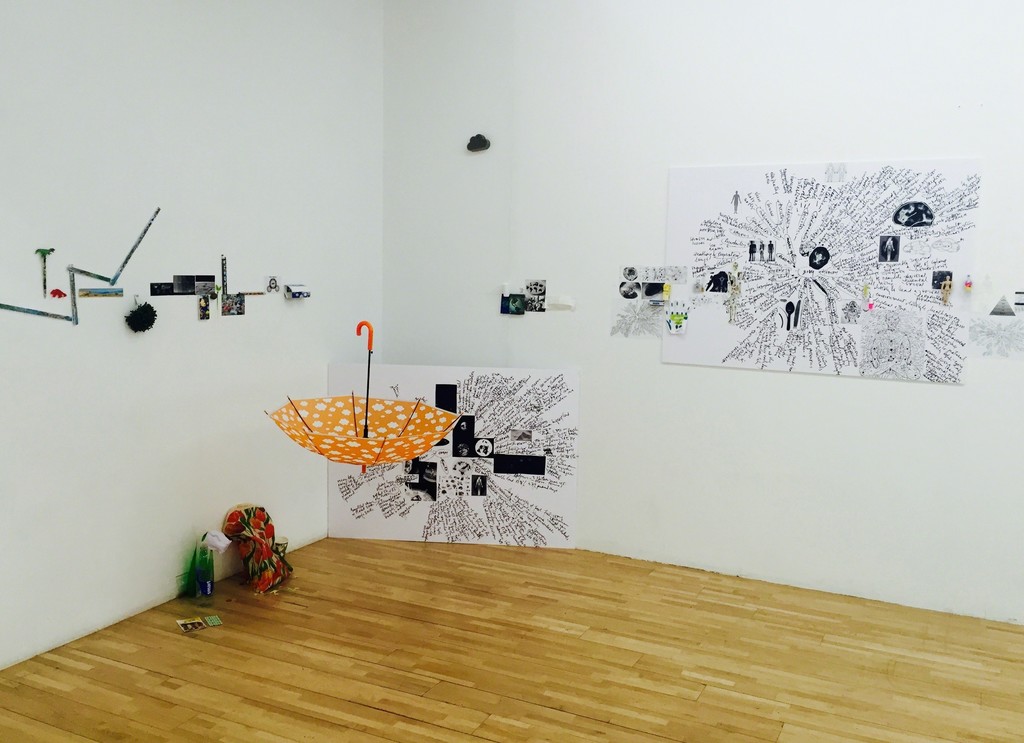 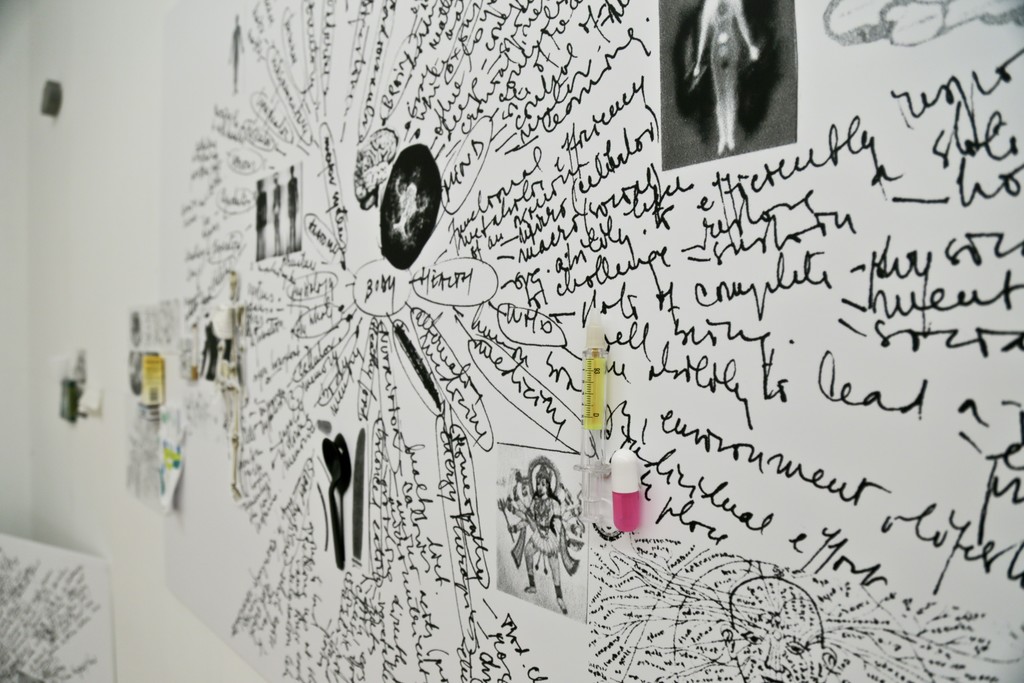 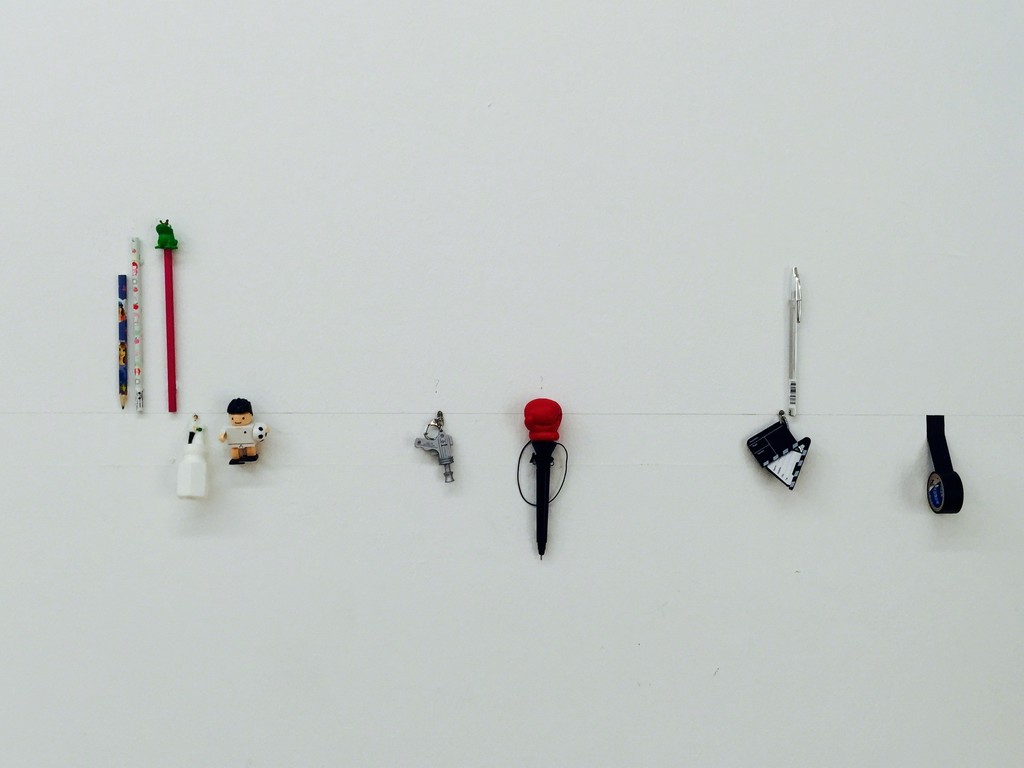 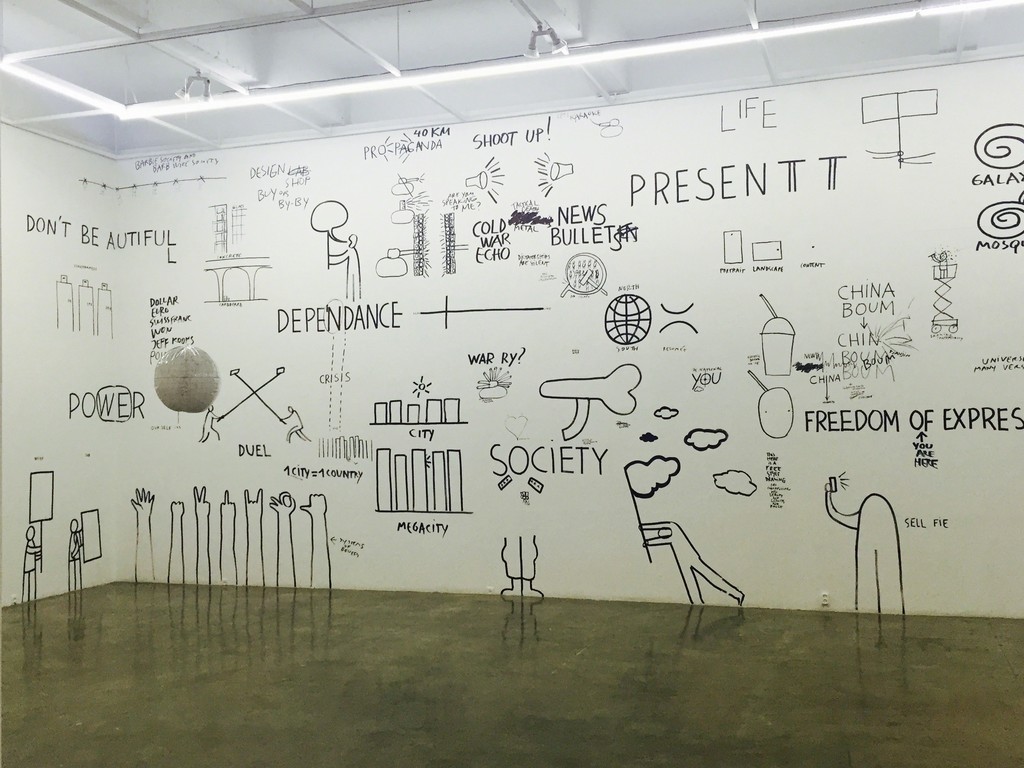 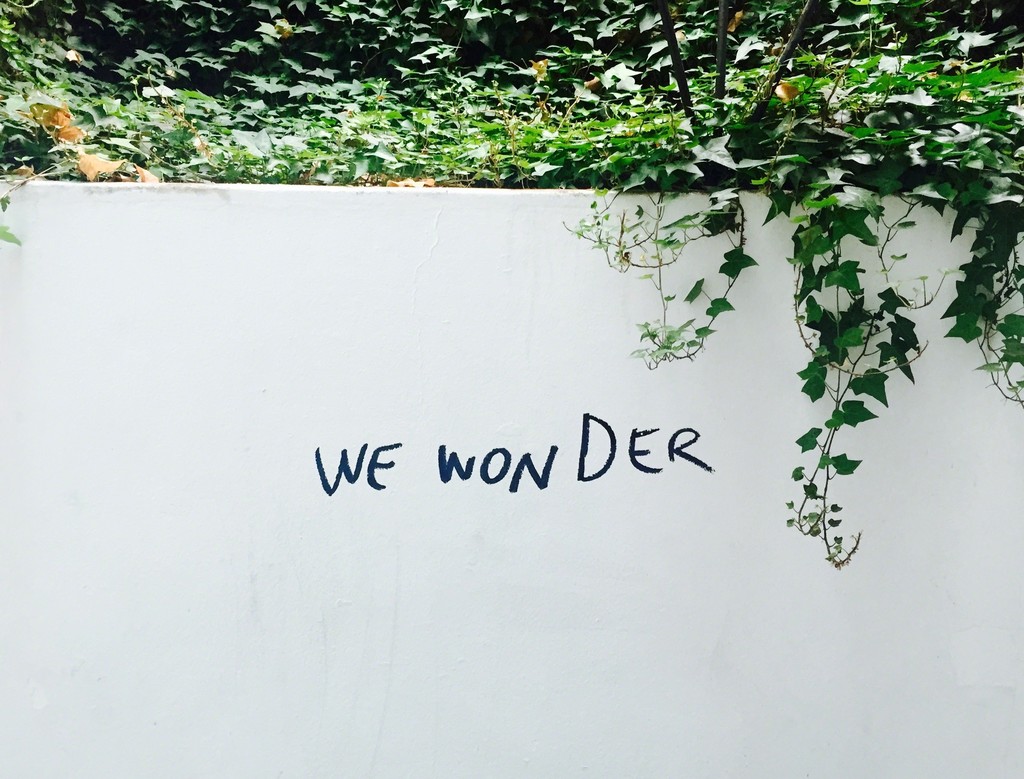 Knowledge Museum is a project in which Lia Perjovschi recycles many of her other projects including Endless Collection, My Subjective Art History, The Contemporary Art Archive and so on. The project consists of eventually building a trans-disciplinary museum but until it can take the form of an actual building, Knowledge Museum is presented as an architectural model, as diagrams and timelines from the artist’s personal research and as a conglomerate of objects bought for the most part in museum stores around the world since 1999. The Knowledge
Museum has 7 departments: Earth, Body, Art, Culture, Knowledge, Science and Universe.

Dan Perjovschi works with the very basic and simple means of drawing, deriving ideas from mass media political and social analysis and from personal observations on daily life. Perjovschi is known for drawing directly on the walls of institutions, most commonly museums, often in situ and whilst the exhibition is ongoing. His motivation is to transform the space of the museum into a databank of actuality reflecting what is going on in the world at the moment the exhibition is taking place. The artist’s drawings are a mix between cartoon, graf-fiti and press drawings.
Simple, sharp and humorous, the drawings reflect the world as it appears: contradictory but also replete with stereotypes, cynical yet also empathetic.

In this exhibition, Knowledge Museum, Doubts and Comments, Lia and Dan works alongside each other, transforming Total Museum into a reflective surface projecting current events and past discourses. Both working within set individual frameworks, they commonly recycle content and personal protocol, reanimating remarks, objects and interventions with previous life. Commonly responsive to the local contingencies of the localities in which the exhibition spaces are set, Dan & Lia Perjovschi create points of connection between their longstanding processes and present encounters. Each exhibition becomes part of a larger trail or narrative of reiterations and additions, itself an information wire that could in turn become articulated as a timeline.