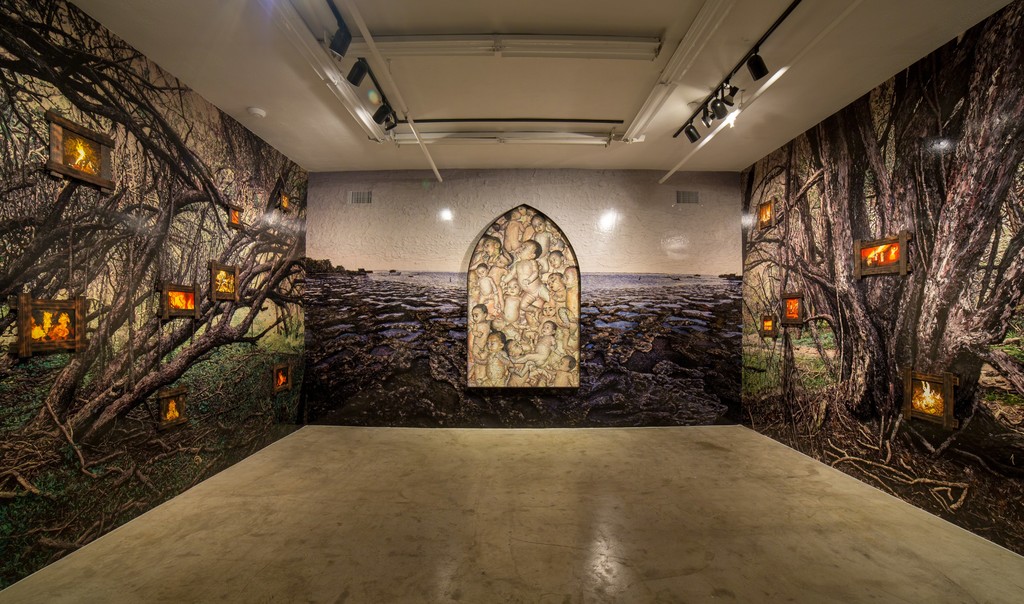 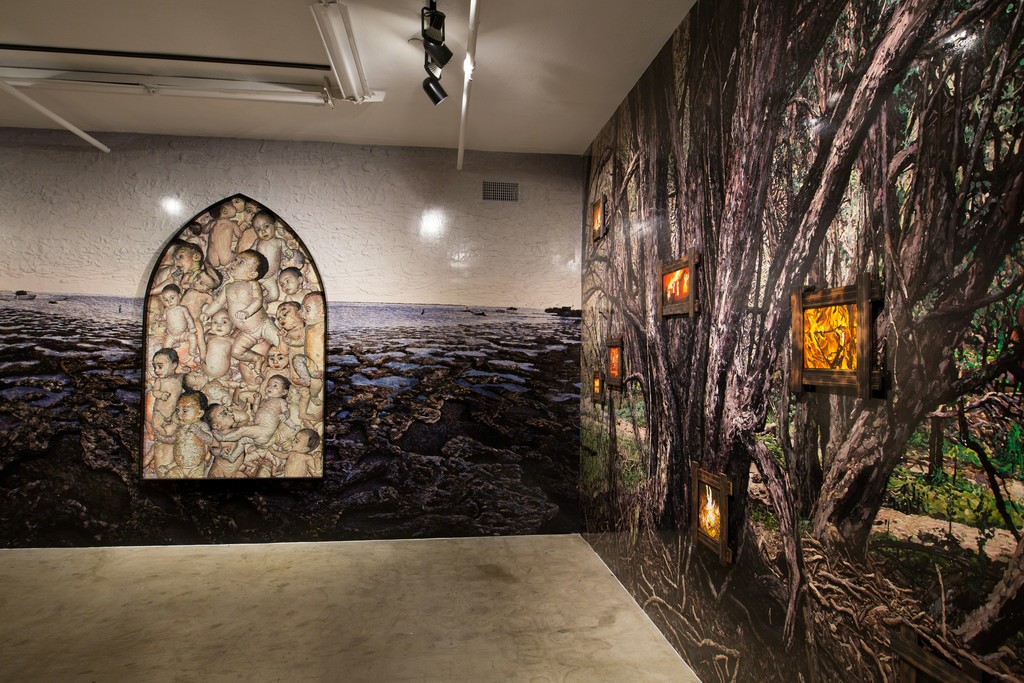 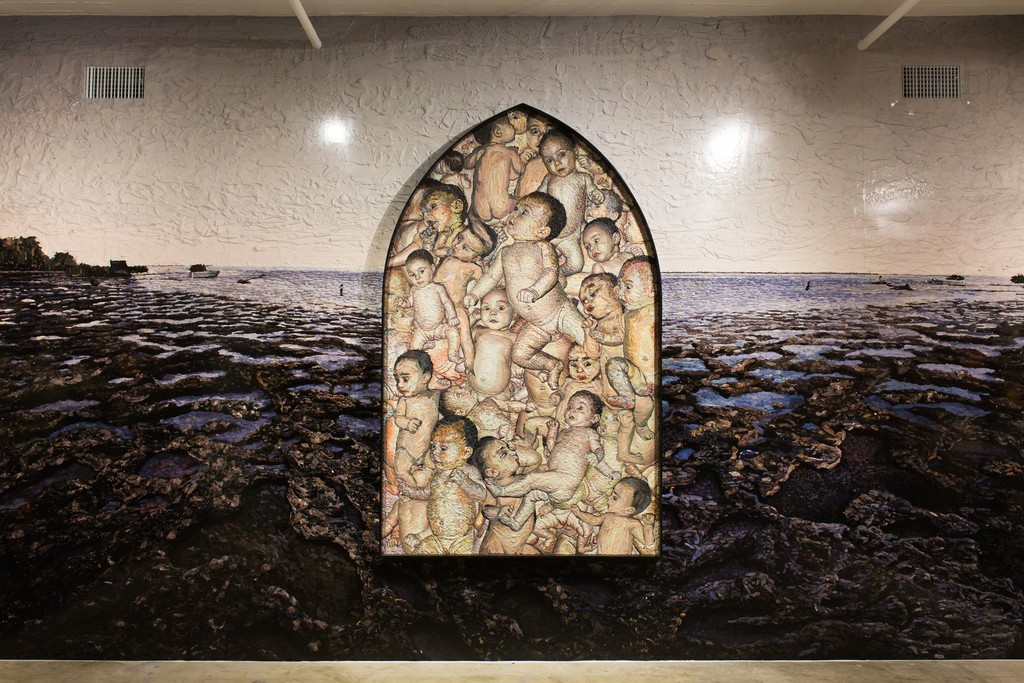 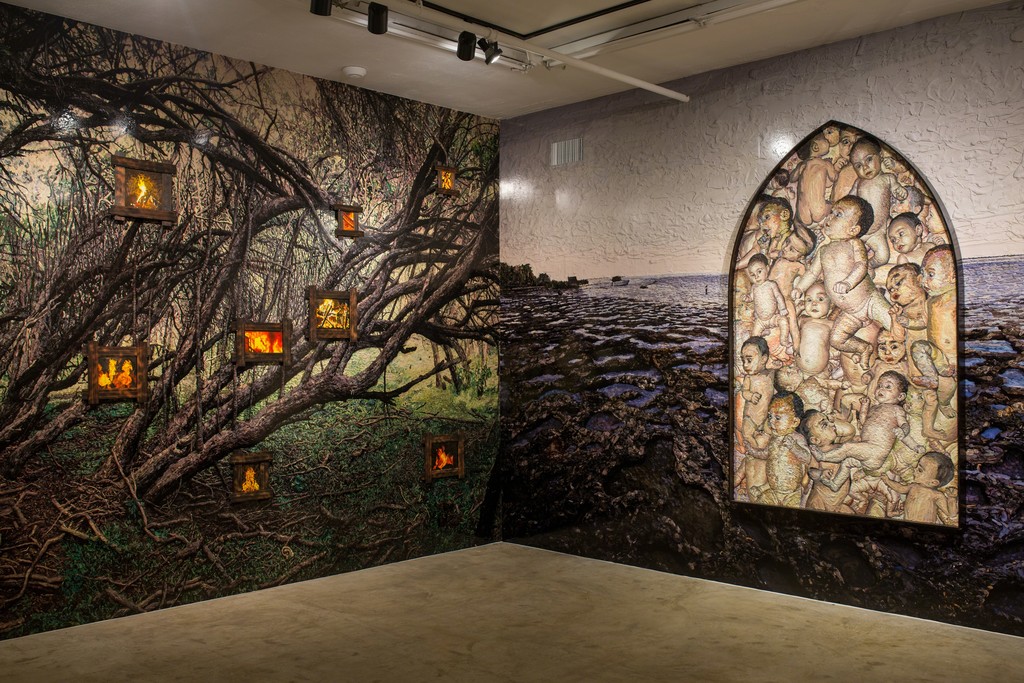 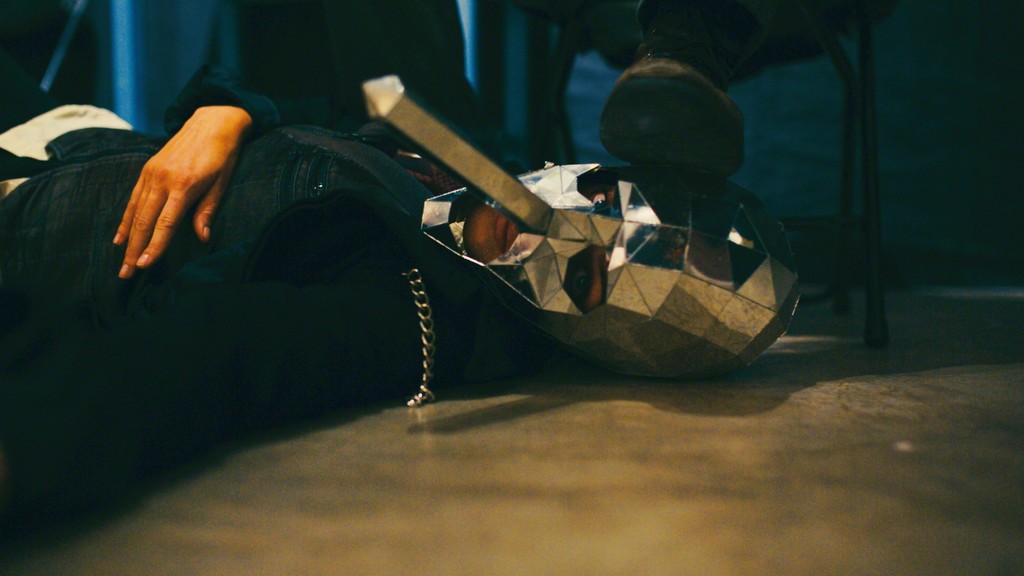 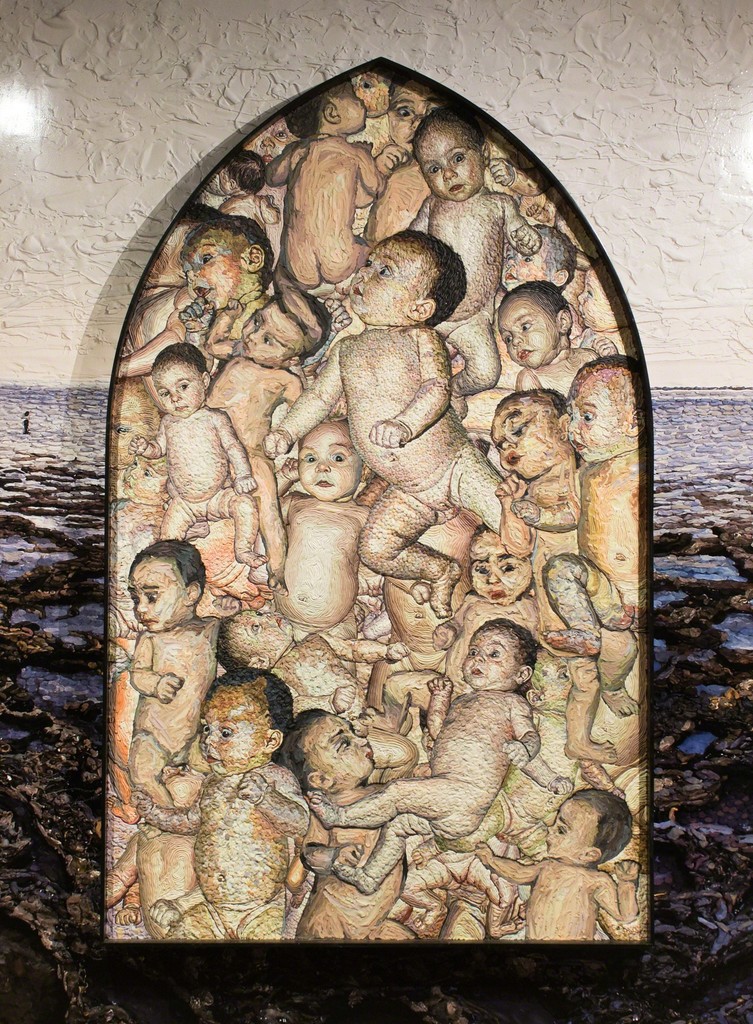 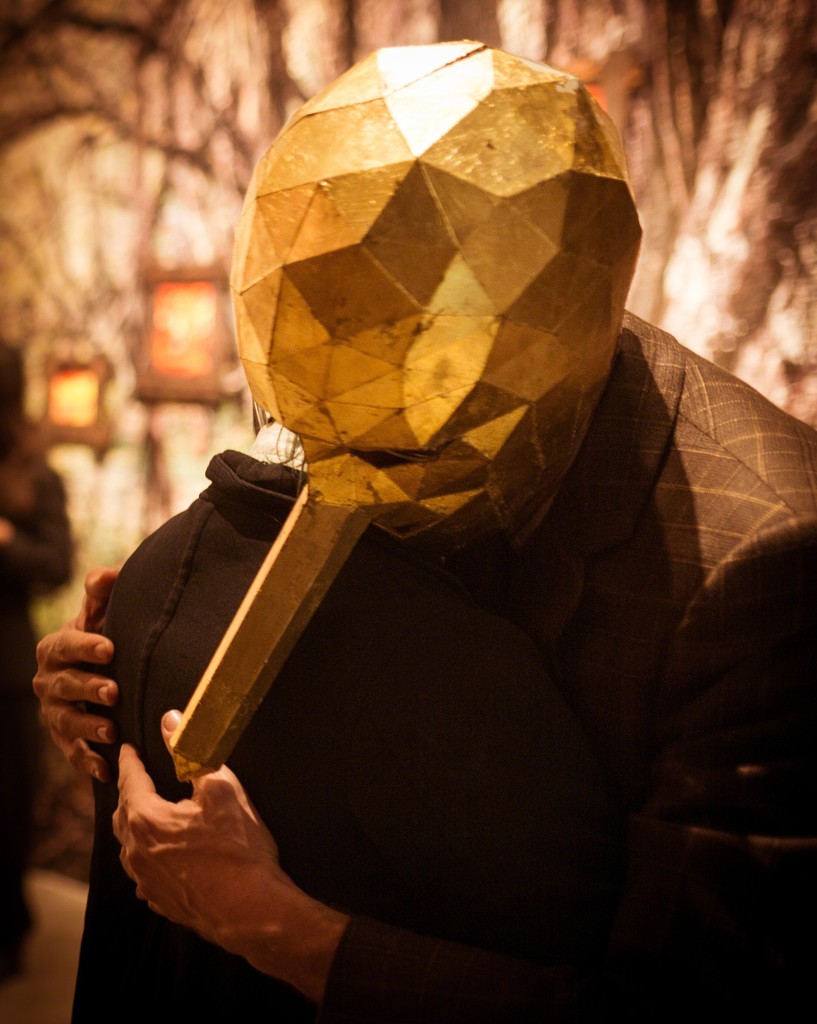 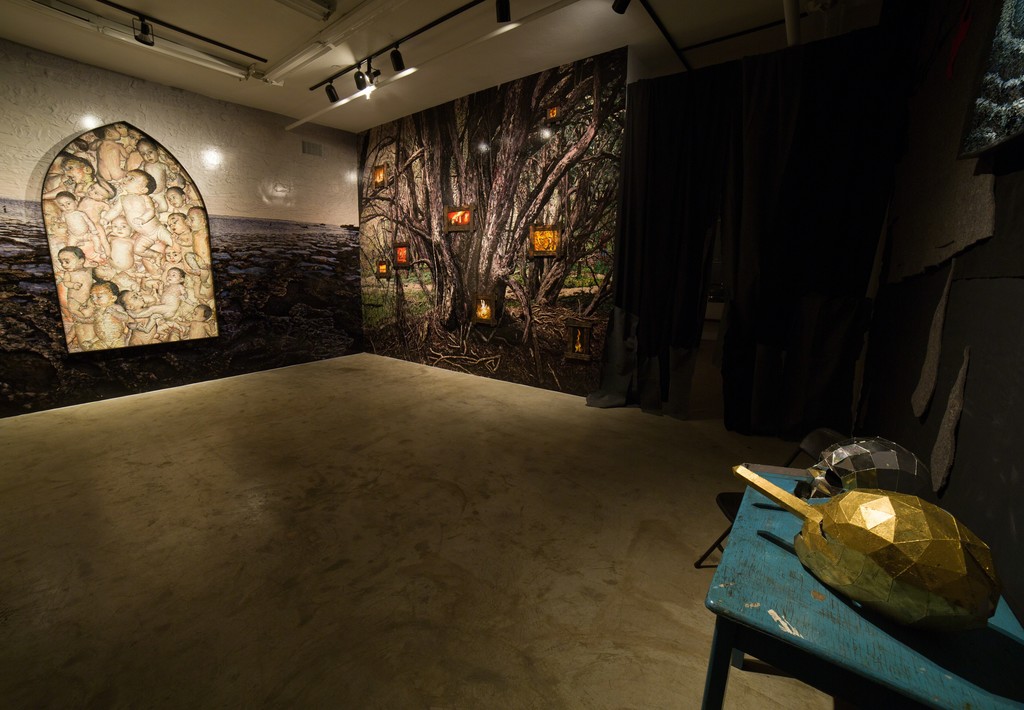 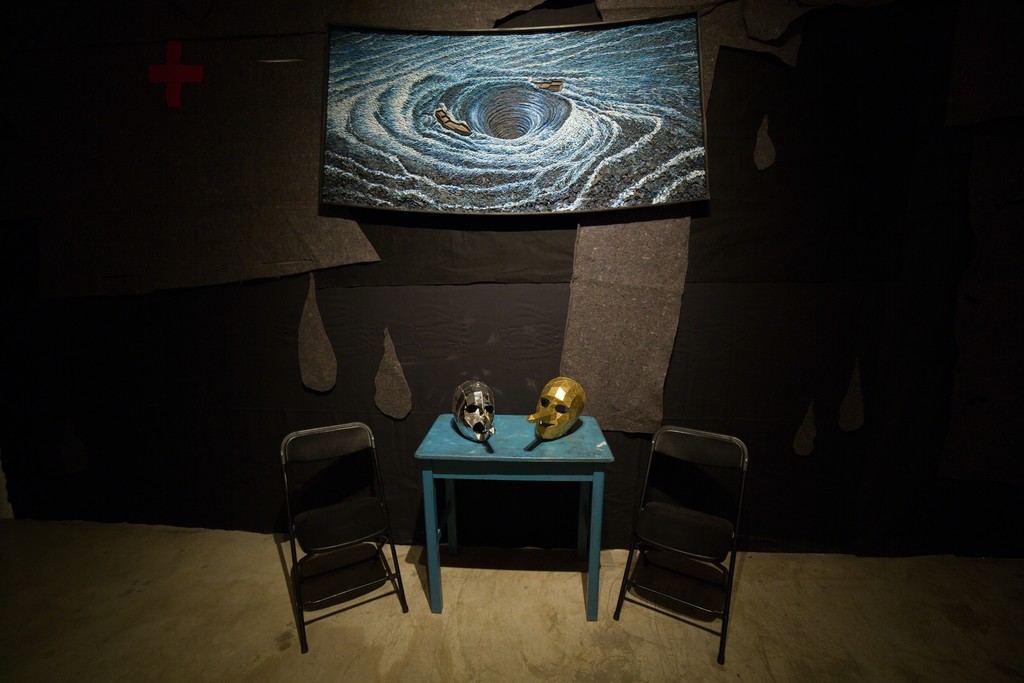 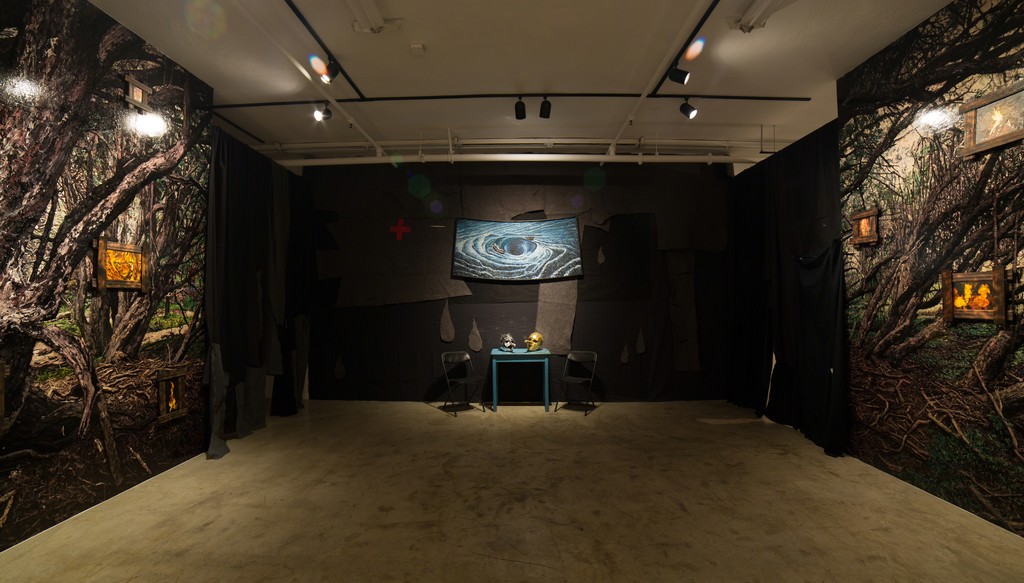 LOS ANGELES –– The art collective Mondongo opens an exhibition at Track 16 on Saturday, February 10th. It tops off many busy months in Los Angeles for the Buenos Aires-based artists. It’s their third exhibition at Track16, who moved from Culver City to a new space in the Bendix Building in October. An cyclical ongoing performance will also take place during the reception. Mondongo exhibited seminal works during the Getty’s Pacific Standard Time LA-LA series. The first, an 11 foot high piece modeled on the Van Eyck brothers' 15th century Ghent Altarpiece, was part of "Home – So Different, So Appealing" at LACMA. The second was their Snow White plasticine sculpture titled "I settle for being able to sleep" that was part of the exhibition "How to Read El Pato Pasqual: Disney's Latin America & Latin America's Disney” at the MAK Center and Luckman Gallery. They also had two major works last summer at the Museum of Latin American Art in the exhibition: "The Portfolio Series: Mondongo”. Most recently, on January 20th and 21st, Mondongo had performance/installation at Automata in Chinatown.
Juliana Laffitte and Manuel Mendanha are the duo that make up Mondongo, which blends intricate, sculptural paintings with ephemeral performances. Mondongo’s work translates the dark side of fairy tales and the subconscious, whether through a chilling Pinocchio mask made of geometrically shaped mirrors, or work featuring Little Red Riding Hood with lurking Big Bad Wolf close behind. Writer, artist, and early documenter of Mondongo’s work, Cecilia Pavón wrote a statement for “What are we gonna say after HELLO?” In it she relates, “one way of the other, every piece created by Mondongo is about mourning, an inexhaustible feeling anchored in childhood and playing.” is play is executed with technical virtuosity, frequently using a variety of unusual materials, such as thread, toast, meat, or nails. One favorite material for the collective is plasticine. When the pieces are viewed at a distance, the images are rendered exquisitely, yet on closer examination the illusion breaks up into thousands of built out plasticine bits, layered, artists’ hands visible.
Lafitte’s parents were evangelists and “during her childhood, she had witnessed several exorcisms and seen many unbelievable things that she could never forget. Early life experience seems to inform the dark spectacle that permeates the mood of the work. e performance pieces bleed into the public space, luring the passerby to witness a display of the unconscious, drawing on surrealism and ritual. Mondongo’s performances are reminiscent of a masque, the European courtly entertainment of the 16th century, which includes mute performers in carefully constructed, architecturally ornate spaces. Figures inhabit spaces manipulated by light and sound. In one performance, many undulating arms and hands thrust into the cramped space, making silent demands of the masked performer—begging for a piece of cake or shredding the gossamer dress with scissors. The performance evokes a frequent theme in the work of the collective: opposition, desire and consumption. There is redemption in this process. Pavón describes the exchange between viewer and work as healing and shamanistic. She explains that the art is “understood as a ceremony, where information is transformed into an unknown energy capable of making people connect with their pain, even if they don’t realize it.”

On Mondongo
by Cecilia Pavón
The first time I met Juliana, years ago, she confessed something without my asking: She told me that her parents were evangelists and that during her childhood, she had witnessed several exorcisms and seen many unbelievable things that she could never forget. I was surprised that she would tell me something like that fifteen minutes after meeting her in a work context for the first time. I’d been called upon to write something for her exhibition. We were at her studio a few meters away from the Botanical Gardens, one of the most beautiful parks in Buenos Aires. Since that day I’ve been an assiduous visitor of that studio, a secret and magical space in Buenos Aires. Even though it’s private, it’s almost public because it’s always open to receive visitors. During the day, people work stoically there and when the sun goes down an infinite cycle of conversation begins, with Juliana and Manuel as hosts. You could say that one element that runs through all of Mondongo’s work is the almost sacred value of conversation. That’s why their first exhibition consisted in a series of masks of people from the world of culture, people that they hardly knew: they would go to these people’s houses and make plaster casts of their faces, but it really was an excuse to have conversations. The last time I visited the studio we talked about the Mapuche living in the south of Chile and Argentina. We’d read in the newspapers about Betiana, a 16 year old machi that had been guided by ancestral spirits to reclaim a piece of land. After that the Argentinean army shot her cousin Nahuel in the back and killed him. at day Manuel told me that when his family ran away from the military dictatorship that he had lived with the Mapuche in the Patagonia and he remembered being fascinated, in the middle of this traumatic experience, by the love and dedication they put into their craftwork. When I told them, that for me, their studio was a shamanic center in the middle of the wild megalopolis of Buenos Aires. Shamanic in the sense of healing, where art is understood as a ceremony, where information (from reality, history, and culture, both collective and personal) is transformed into an unknown energy capable of making people connect with their pain, even if they don’t realize it, even if they think they are just in front of some fantastic piece of art. Because, one way or the other, every piece created by Mondongo is about mourning, an inexhaustible feeling anchored in childhood and playing, just like the conversations lost in the air of the studio in Gurruchaga Street almost in the corner of Santa Fe.