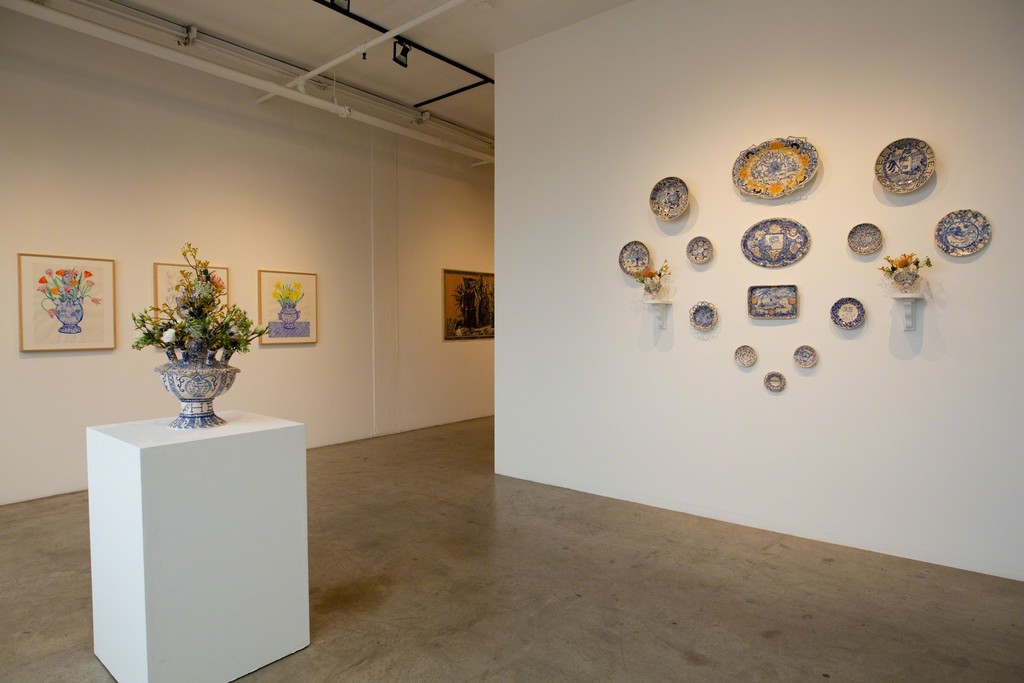 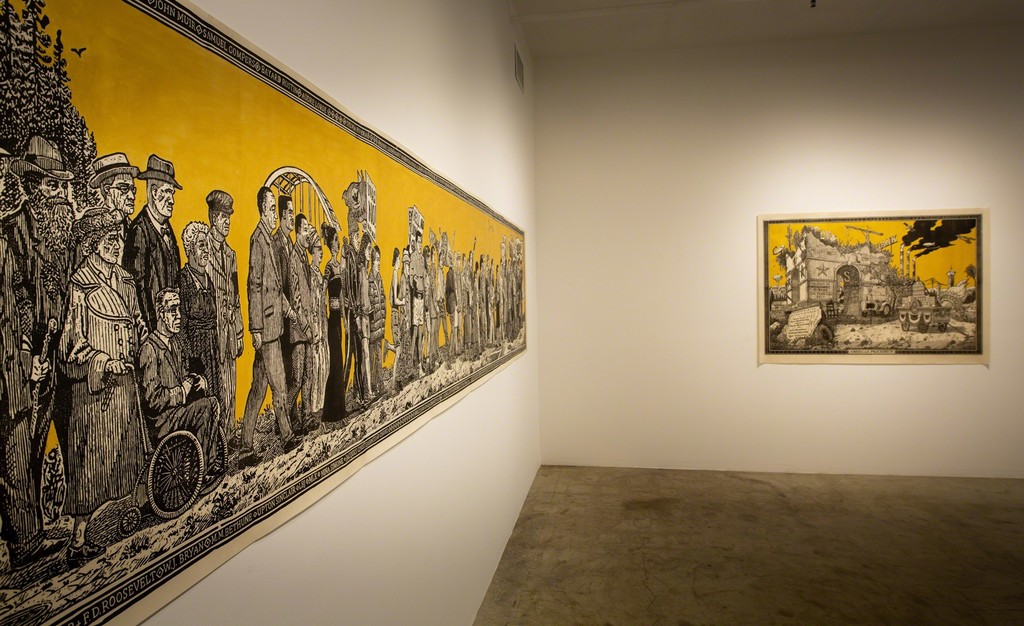 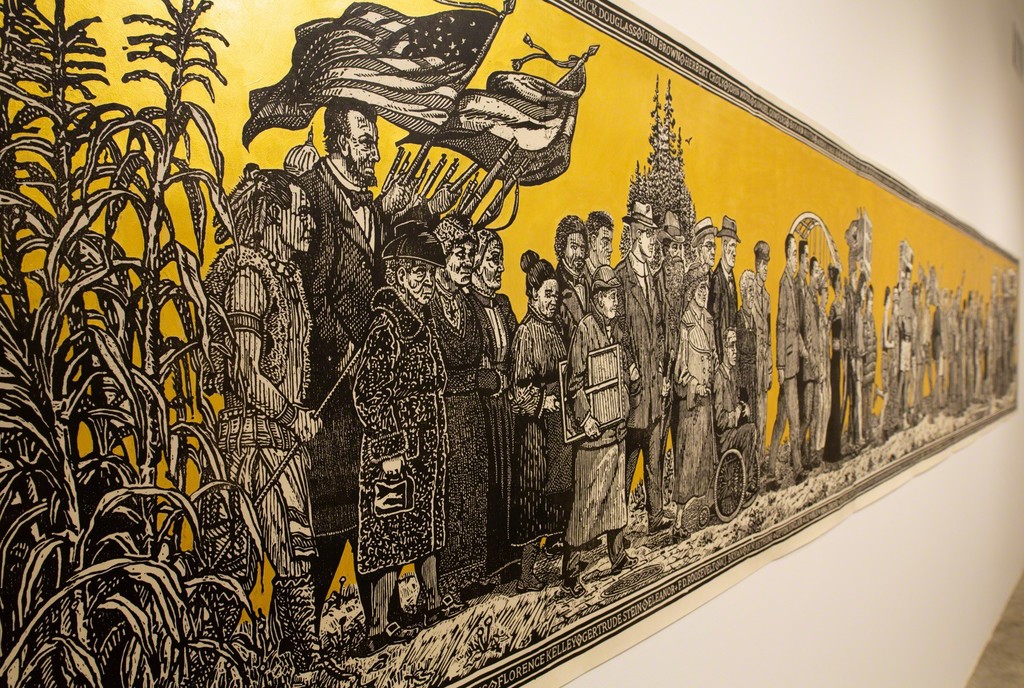 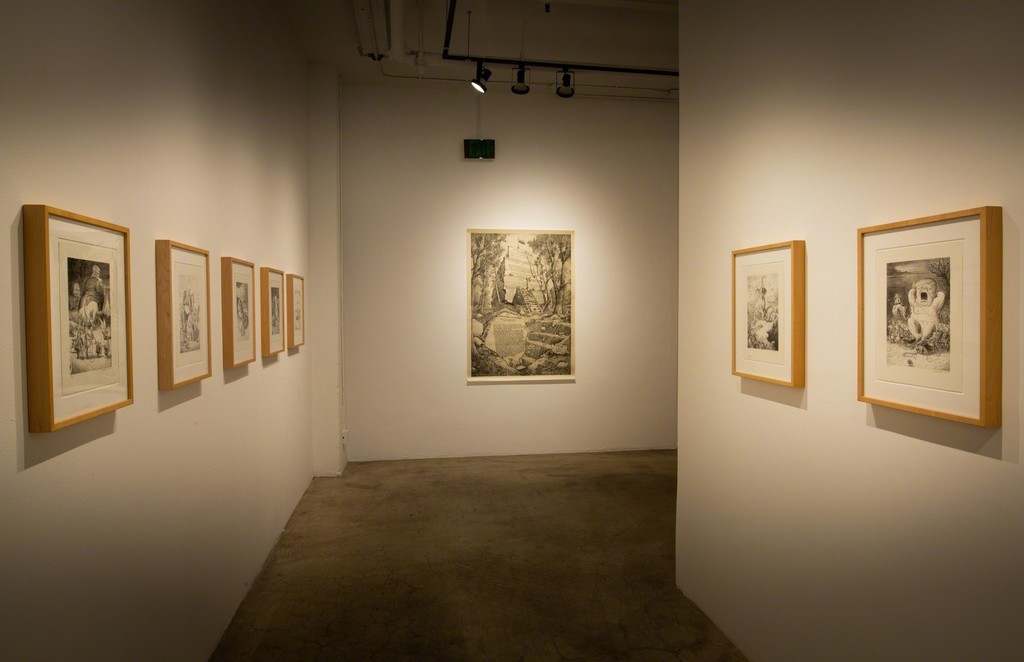 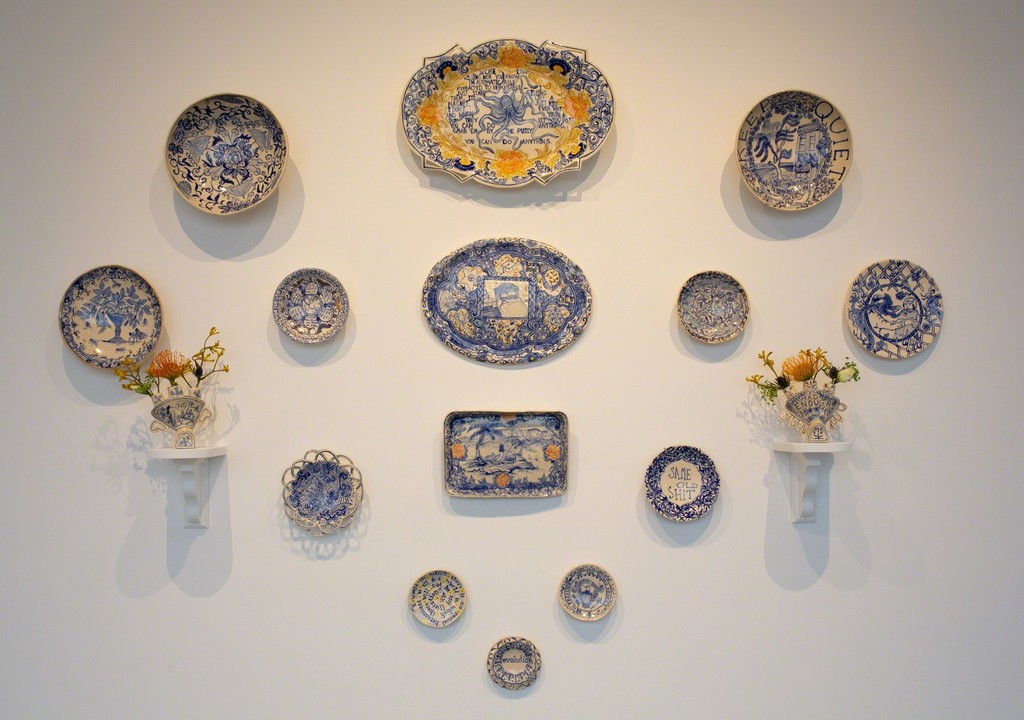 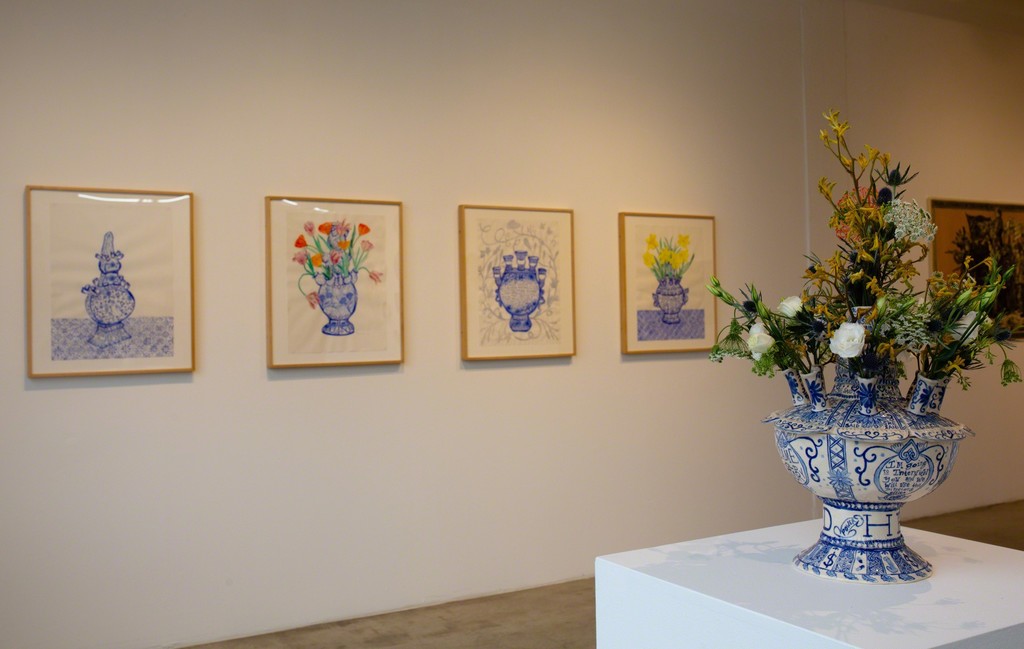 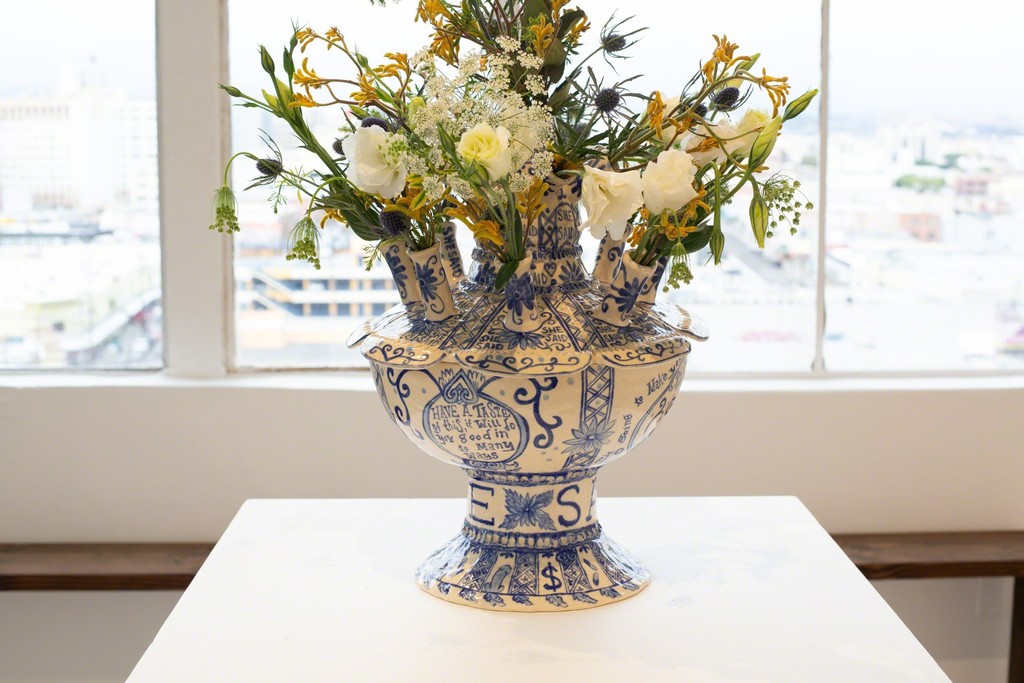 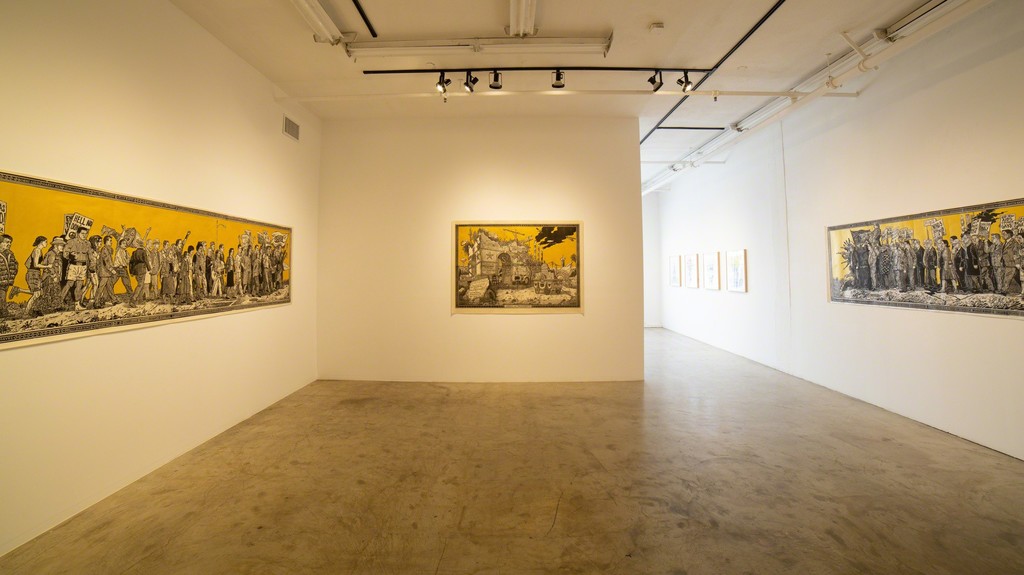 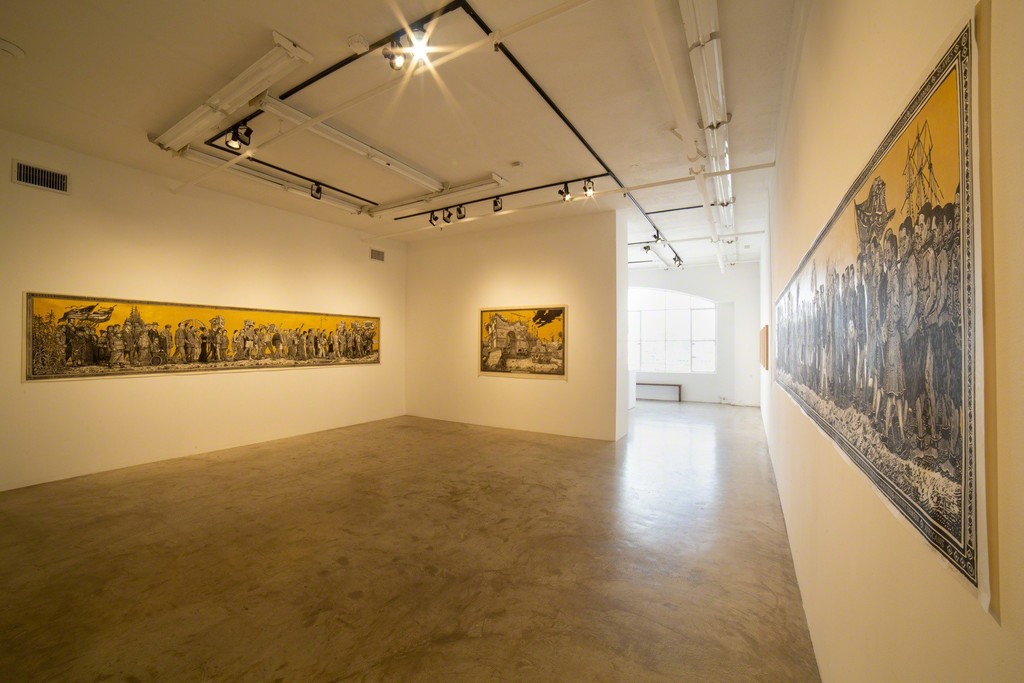 LOS ANGELES ––Track 16 Gallery is pleased to present Sandow Birk and Elyse Pignolet’s “American Procession,” a panorama of American icons and ideology. The project was executed on two seventeen foot long woodblock prints plus a “title page” woodblock print. Pignolet and Birk will also be exhibiting individual works including a new series of #metoo ceramics by Pignolet and lithographs and etchings by Birk.

American Procession: Background/Inspiration
The “Procession of Princes” is an enormous mural on the exterior wall of the Dresden Castle in Germany. It depicts a mounted procession of the rulers of Saxony, with the earliest kings leading the parade. It was originally painted in the 1870’s to celebrate the 800th anniversary of the ruling family, and intending to visually convey the lineage of the rulers - that each succeeding monarch follows in the footsteps of those who came before him. The mural displays the portraits of 35 royals - as well as other figures – totaling nearly 100 figures. It was originally painted in the 1870s, but soon was deteriorating due to weather, and in the early 1900’s it was completely recreated on ceramic tiles. Today, at 335 ft. in length, it is considered to be the largest porcelain artwork in the world.

Concept
In Sandow Birk and Elyse Pignolet’s enormous print project “American Procession”, the image plays off of the Dresden mural and the concept of Heroism by depicting an imaginary parade of figures from American history. Beginning with the oldest in the back of the line and proceeding forward through time, the personalities are those who made significant contributions to their times – for better or for worse. The project often draws from lesser-known figures who impacted American history. The two seventeen foot long prints each represent opposing sides of the political spectrum spanning US history from the colonies to the present day, and offer a way to rethink how we arrived at the current state, with vastly different ideologies on the left and the right of the political spectrum.

Description
The project consists of 3 enormous woodblock prints. Two measure 3’ x 17’ and a third central panel is 4’ x 6’. One long panel depicts Progressives from history marching to the right, while the other depicts Conservatives from history marching to the left. Both processions head toward confrontation and the central panel, which depicts a Triumphal Arch in ruins, amid the scattered debris of Americana – a police car, the Liberty Torch, bits of the Hollywood sign, an electric chair, a noose, a rural home, an old tire, while a helicopter and blimp hang over a smoke spewing power plant.

The woodblocks were carved in sections by the artists in their Long Beach studio then the panels were printed using an offset printing press at Mullowney Printing studio in San Francisco.