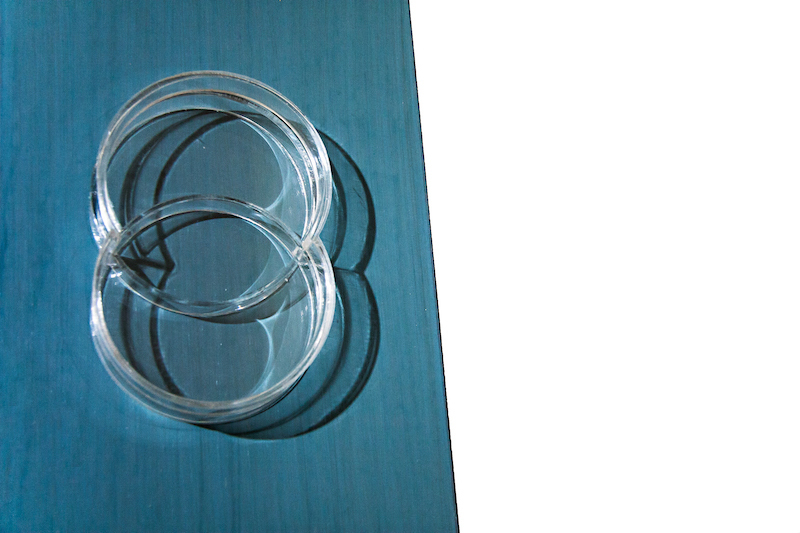 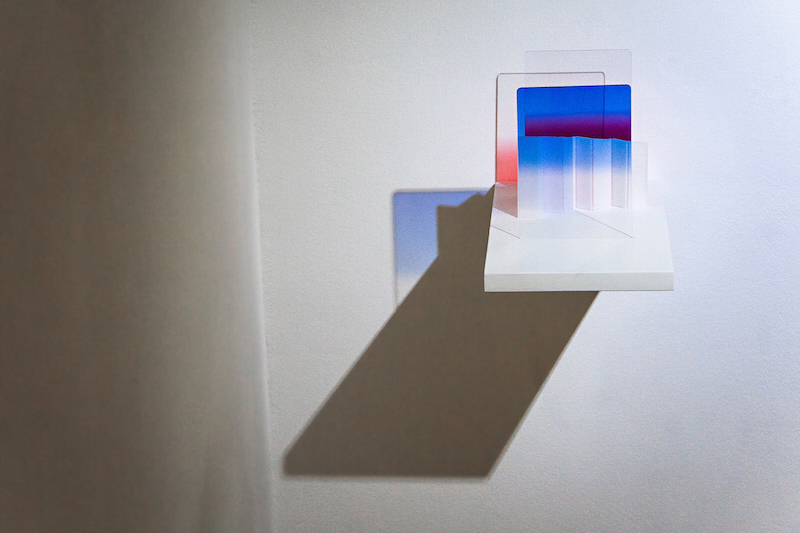 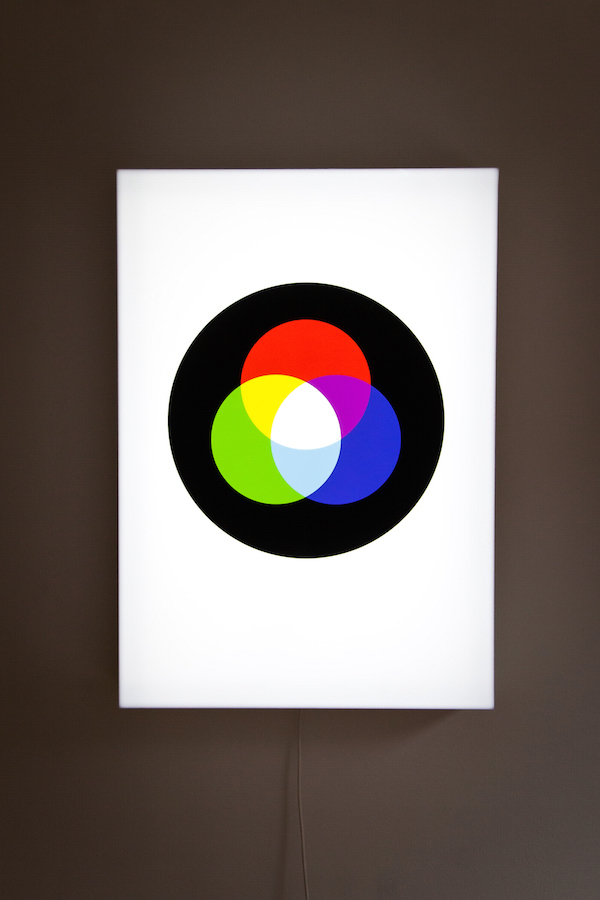 The exhibition is the spatial visualization of this speculative frame of thought. Scientific thinking and visualization are, sometimes, reassuringly order-making, other times its uncomfortably restricting character simultaneously manifests in the collection of works (this is superposition itself), hence we may choose: we stick with the road appointed to us or we let us be distracted by our doubts.

Quantum physics calls superposition that state when certain features of a wave or particle cannot be defined, hence - on a cognitive level - every possibility is simultaneously present. In case we define the given feature, the superposition ceases to exist.

Schrödinger’s cat is dead and alive at the same time, until the moment when the box - which hides the secret of its existence - is opened. Then, as the effect of the intervention - namely, the desire for obtaining knowledge - parallel realities separate in a prosaic way, and we lose one of them.

The show-through picture among the reeds of physical reality is and isn’t at the same time; it is visible but ungraspable. The lenticular picture with the fountain and the rainbow appearing or dissolving around it is a kind of a superposition as well: parallel existence of two pictures, however, from which only one may be caught, and if this happens, the other disappears.

As we enter, the first work in the exhibition is a figure displaying additive colour mixing: the picture illustrates the addition of the lights of light sources and this way creates new colours, hence it is the model of understanding. The layers covering each other (physical, spiritual and cultural determinations) create different colours depending on the proportion of blending. The figure disassembles the complicated tissue of reality and brings a momentarily relief in the diffuse nature of things.

If we only distract the colours from the color-mixing figure and we give space for the section of realities we arrive to the next emblematic object of the exhibition: to the fictitious laboratory tool consisting of intersecting Petri dishes, which is a hopeless but unavoidable experiment to separate the elements of reality.

The parallel between laboratory and museum - due to experiments with isolation and observation - is the umpteen superposition of the exhibition. The museum, as something which tames life to art, and the laboratory, as the organization which breaks down life to its components and processes, offer the promise of understanding. Observation, however, - as we know - alters the thing being observed, so our knowledge grows not about things themselves but the things that are being observed - and about us as observers.

The folding screen divides the inner space of the exhibition into two halves. Behind it the chair which guards the appearing-disappearing pictures is empty, hence with the movements of the visitor the appearing-crumbling rainbow is even more eerie: no one is on the other side who could confirm our vision. In the distinguished appearance of the rainbow, the light splitting up into its colours in drops of water, it makes the composition of the white colour visible, creating a natural parallel with the scientific visualization represented by the colour wheel. The fact that all this happens on an old, slightly tintless picture nicely equilibrates the coolness of those methods that appear in the exhibition and that also refer to reality, and mildly subordinates these to the passing of time.

On the other side of the folding screen a bone is visible placed in a terrain model under a glass bell, invoking the mode of presentation in museums. However, a situation which is isolating, similarly to the Petri dish, cannot hide the intrusive nature of observation: as a reaction to the blink of the beholder (of his/her physical appearance) the layers of the terrain model slowly start melting and become stiff in a new form. The once stratified structure of the quarry crumbles, layers dissolve into each other, the observed becomes impossible to be separated from the observation; and the observer irrevocably alters the contemplated reality.