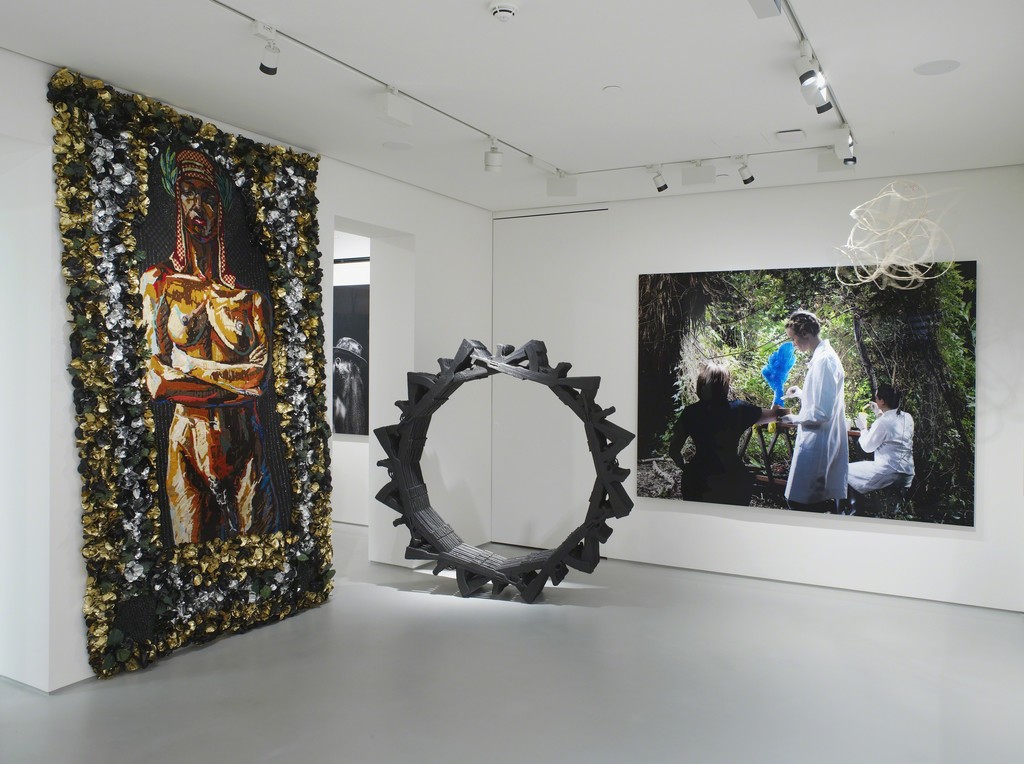 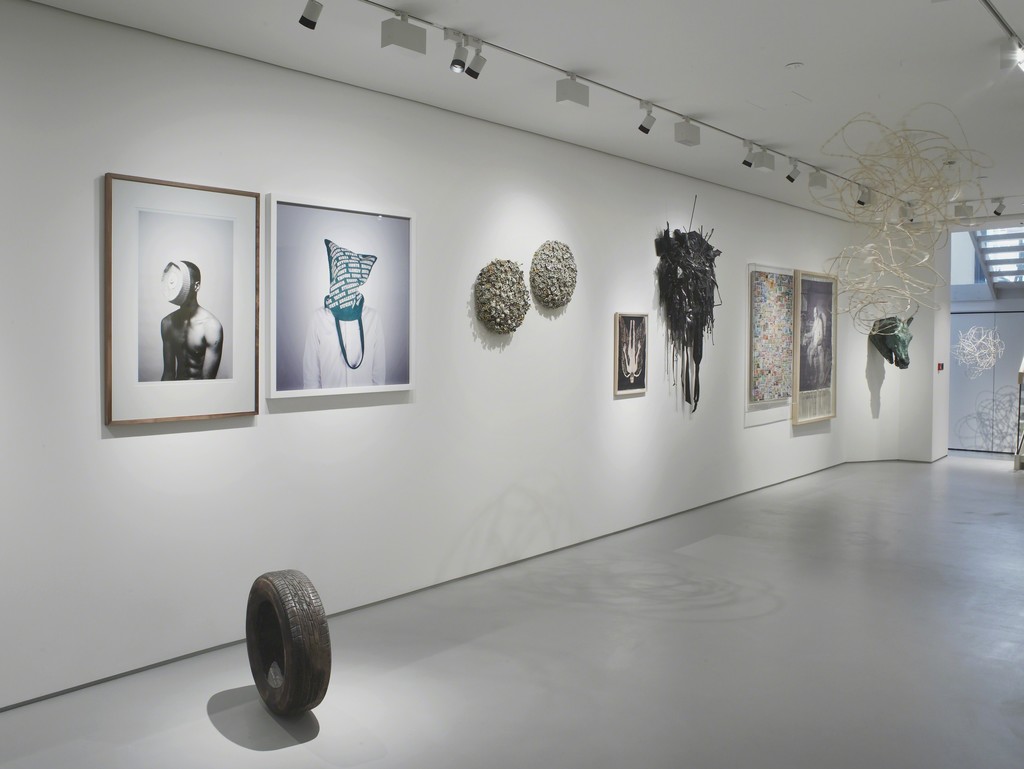 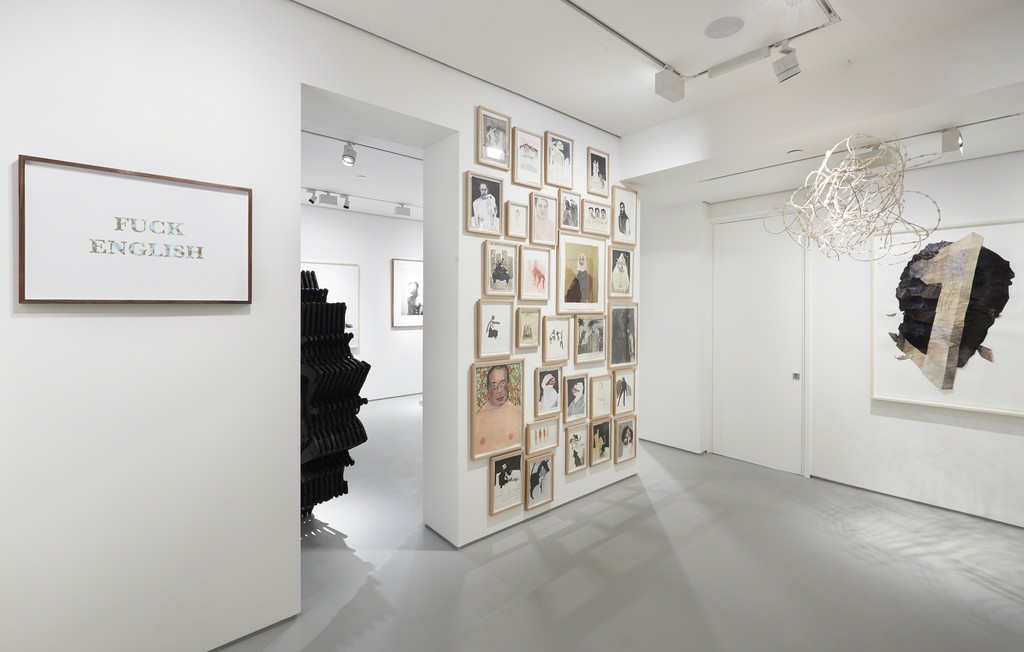 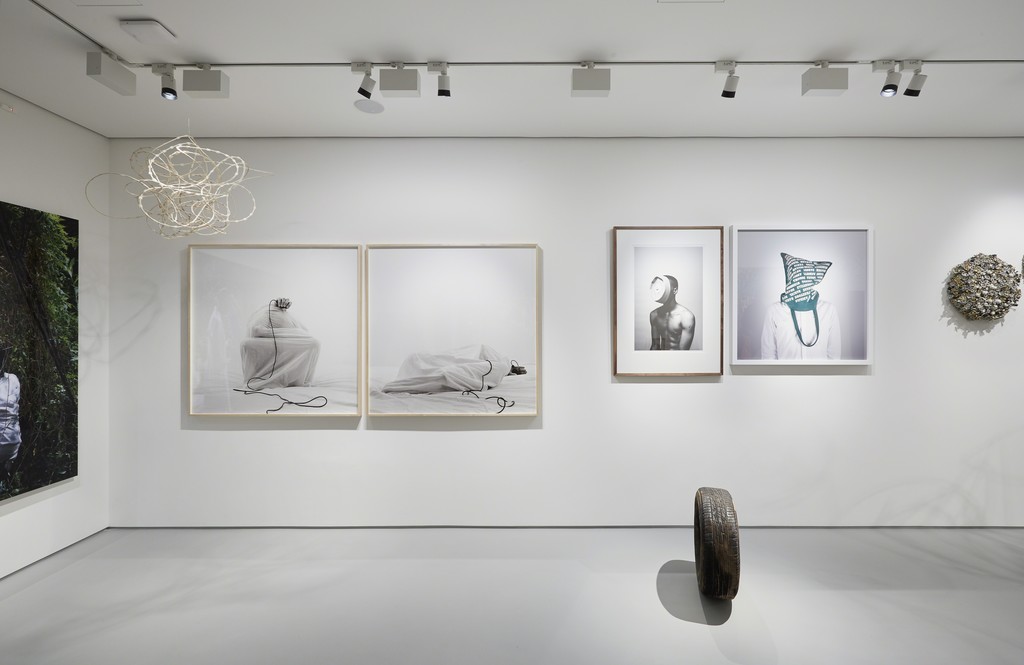 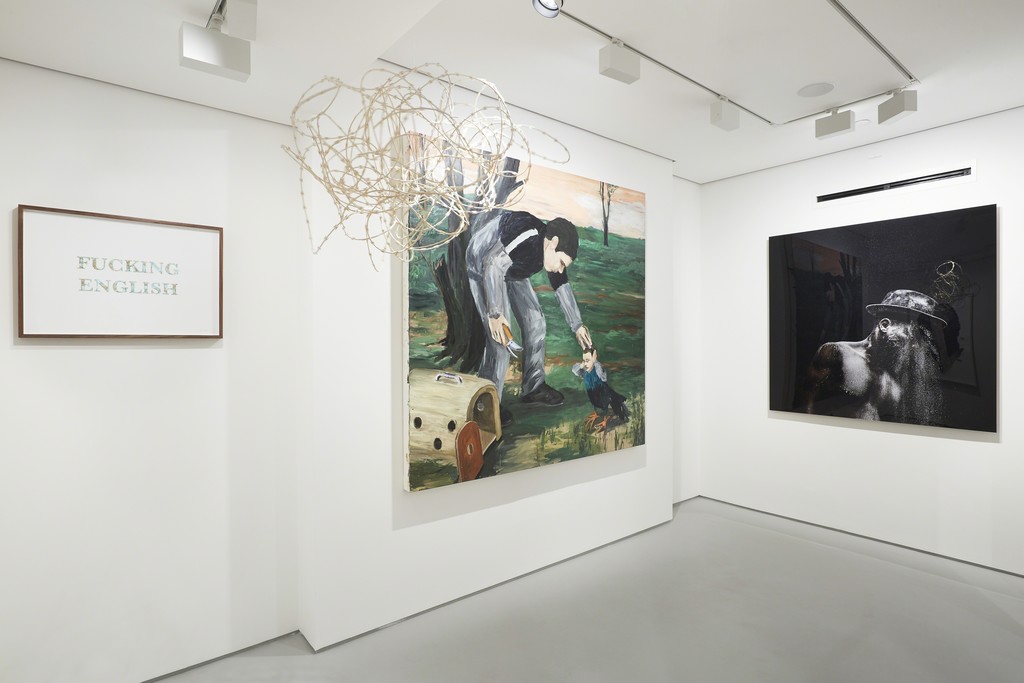 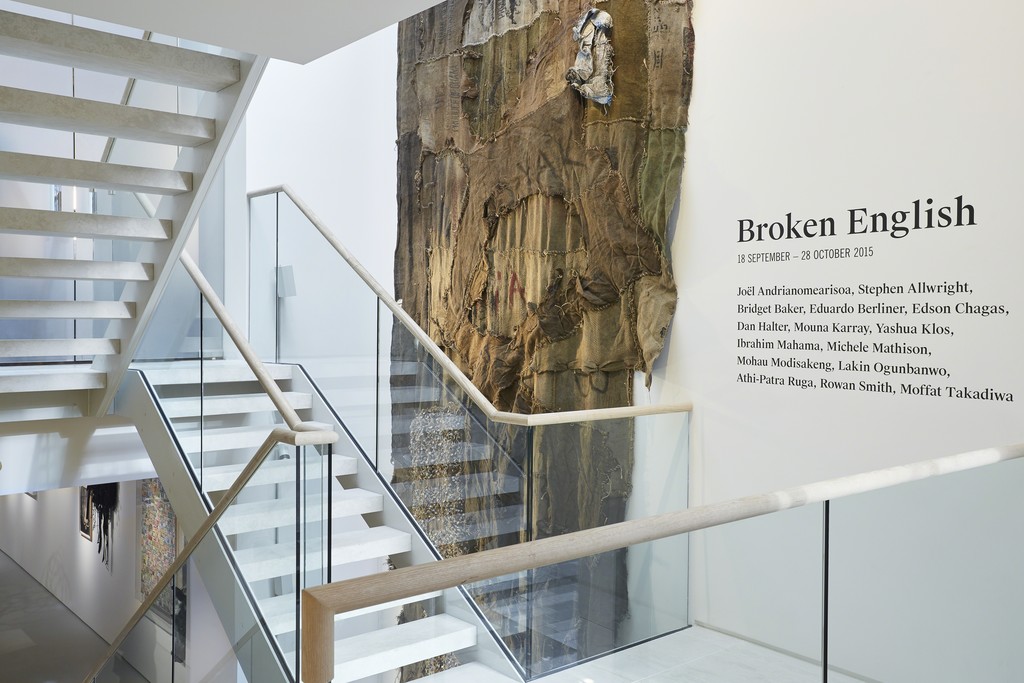 Tyburn Gallery is pleased to present its inaugural exhibition Broken English from 18 September – 28 October 2015. Founded in London by Emma Menell, Tyburn Gallery is a new gallery dedicated to international contemporary art, representing, exhibiting and supporting emerging and established artists from a global range of evolving art scenes, with Africa as a point of departure.

The exhibition investigates the categorisation of cultural identities in an increasingly globalised world. Most of the artists exhibited live between multiple cities as wide ranging as Antananarivo, Cape Town, Harare, Johannesburg, Lisbon, London, New York, Paris, São Paulo and Tamale; their cross-cultural experiences call into question the relevance of traditional ideas of nationality within the contemporary climate. The exploration into constructions of identity, misinterpretation, alter-egos, myth and story-telling characterises several of the works on view.

Highlights include a significant presentation of artists working across performance, video and photography, often placing themselves centre-stage. Bridget Baker’s meticulously constructed photographs are poised between fiction and fact. In The Assemblers #1, the first in a series of works, the artist re-stages the discovery of a coelacanth: a fish once thought to be extinct but rediscovered in 1938 near Baker’s hometown, off the coast of South Africa. By bringing together seemingly disparate fragments, Baker investigates myth and creates new narratives. Photographs from Edson Chagas’ Oikonomos series shows the artist with a mass-produced shopping bag over his head, a performative act exemplifying the erosion of personal identity by global consumerism. Photographer Mouna Karray’s black and white self-portrait series Noir deals with issues of confinement. Inspired by a live rooster in a plastic bag being carried by man in Tunisia, the artist wrapped herself in a white sheet with only her hand visible to release the shutter. The resulting series exists as a metaphor for imprisonment, whilst the photographer’s act demonstrates the power one still has to act under duress – be it physically or creatively. Photographer Lakin Ogunbanwo creates enigmatic portraits where subjects are often masked by shadow, drapery and foliage. In Mohau Modisakeng’s large scale photographic portraits, he physically embodies colonial and postcolonial identities, exploring the complexities of violence and justice through symbolic and often sequential descriptions of ritual. These confronting works simultaneously record history and predict the future, inviting the viewer to think about concepts of transition. Athi-Patra Ruga’s hand-embroidered tapestries construct fictionalised worlds that become complex realities, often reappearing in story lines within his performance practice.

Sculptural works in the exhibition explore social, political and economic concerns in the post-colonial era. Zimbabwe born, Dan Halter’s work explores ideas of a homeland and the myths and according to him, ‘fabrications’ that exist in search of it. He employs the language of craft using materials ubiquitous to South Africa and Zimbabwe, such as hand woven fabric to investigate issues of dislocated national identities. Commissioned to make a new work especially for the exhibition, Ibrahim Mahama considers the impact social structures exert upon the working man. Michele Mathison, an artist working between Zimbabwe and South Africa, studies the value of common objects and their conversion into icons and symbols of tumultuous times; in Revolution, he sculpts interlocking machine guns into charred wood. Rowan Smith examines the complexities of South Africa, through the acts of appropriation, defacement and reparation. Untitled (Tyre) is a hand carved wooden tyre depicted slowly burning in a series of photographs named Untitled (Burn), a reference to ‘necklacing’ - a practice associated with apartheid era protest. Found objects characterise Moffat Takadiwa’s work which speaks of the cultural dominance exercised by the consumption of foreign products in Zimbabwe and across Africa.

Also on view are multi-layered watercolours and drawings by Stephen Allwright that focus on the human figure, using a sensual and gestural technique of painting. Eduardo Berliner’s evocative use of pictorial space in his paintings questions the authenticity of memory and direct experience. Yashua Klos’ work details the construction of personal identity and the influence of surroundings on this process, using collage as a metaphor for the fragmentation of African American identity.

Through the exploration of recorded and distorted histories, Broken English examines collective relationships to contemporary citizenship and engages a new discourse in an increasingly global world.