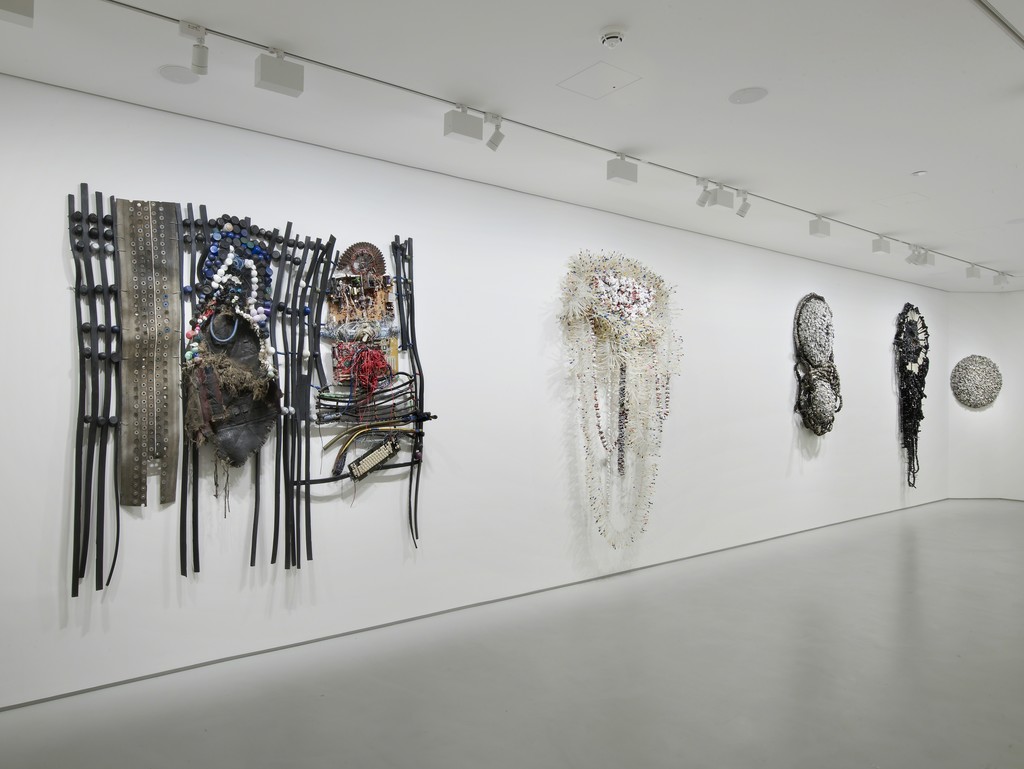 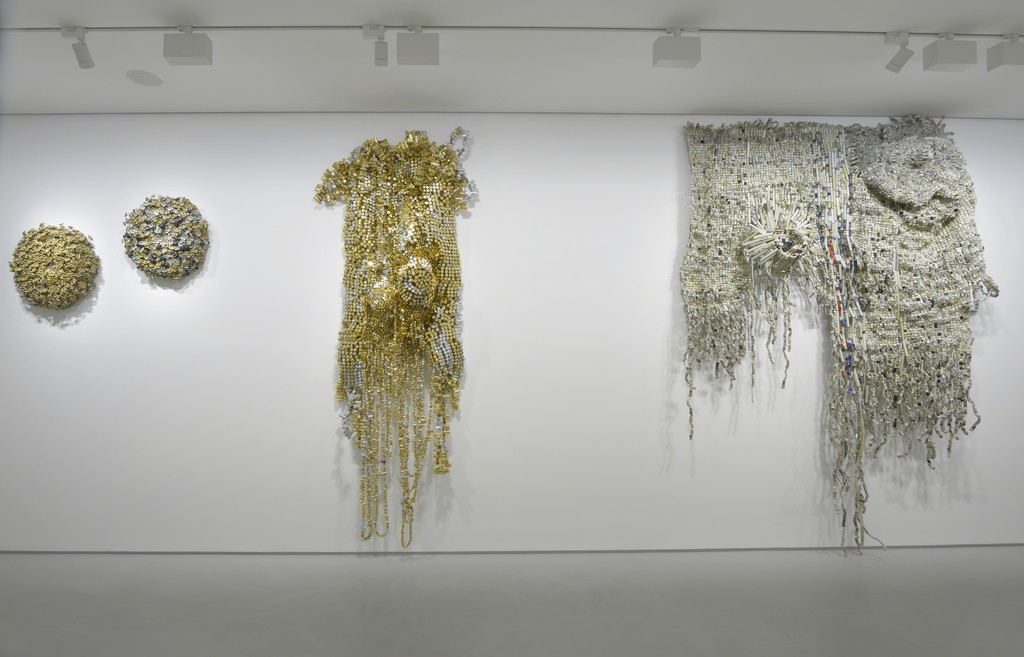 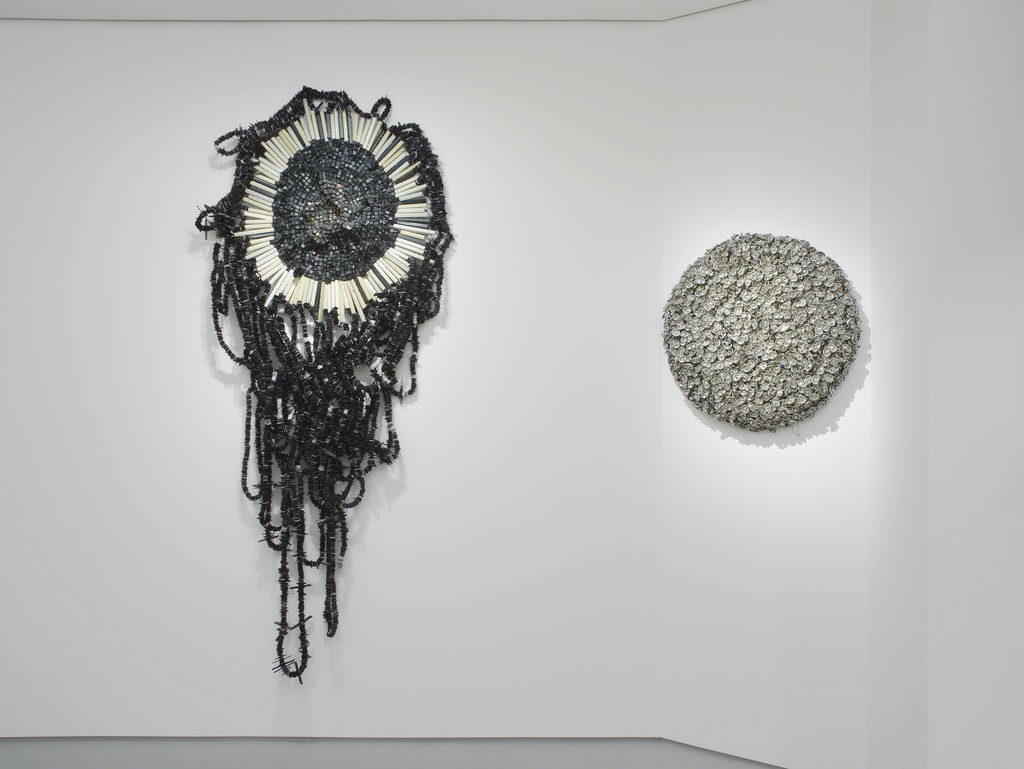 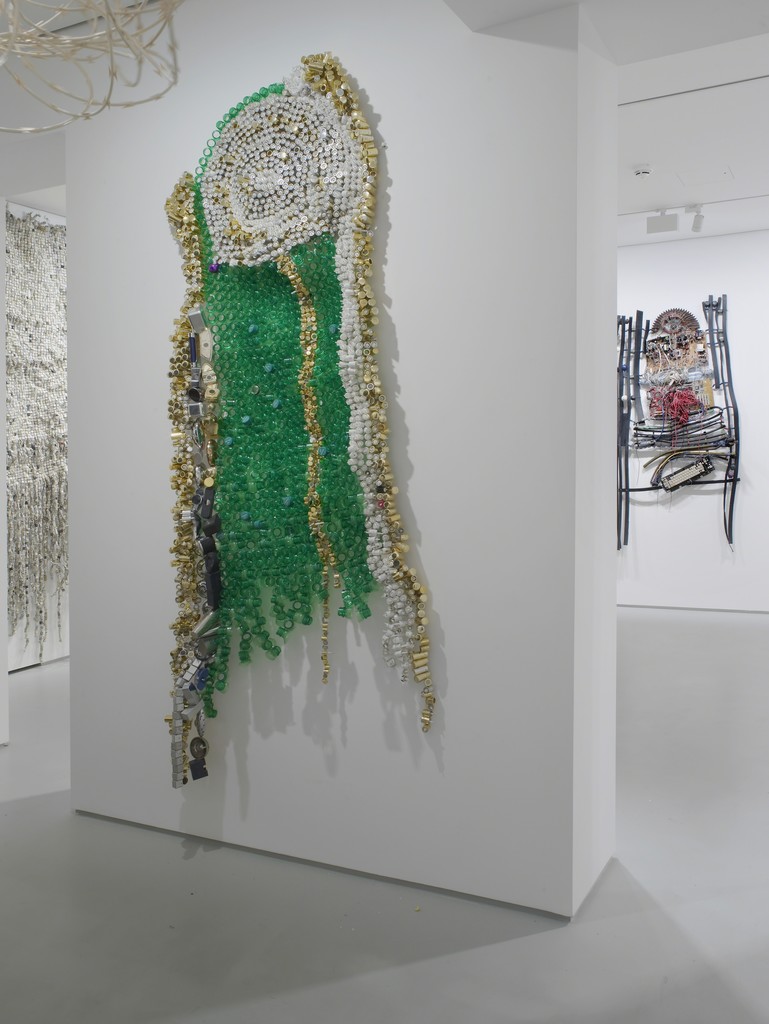 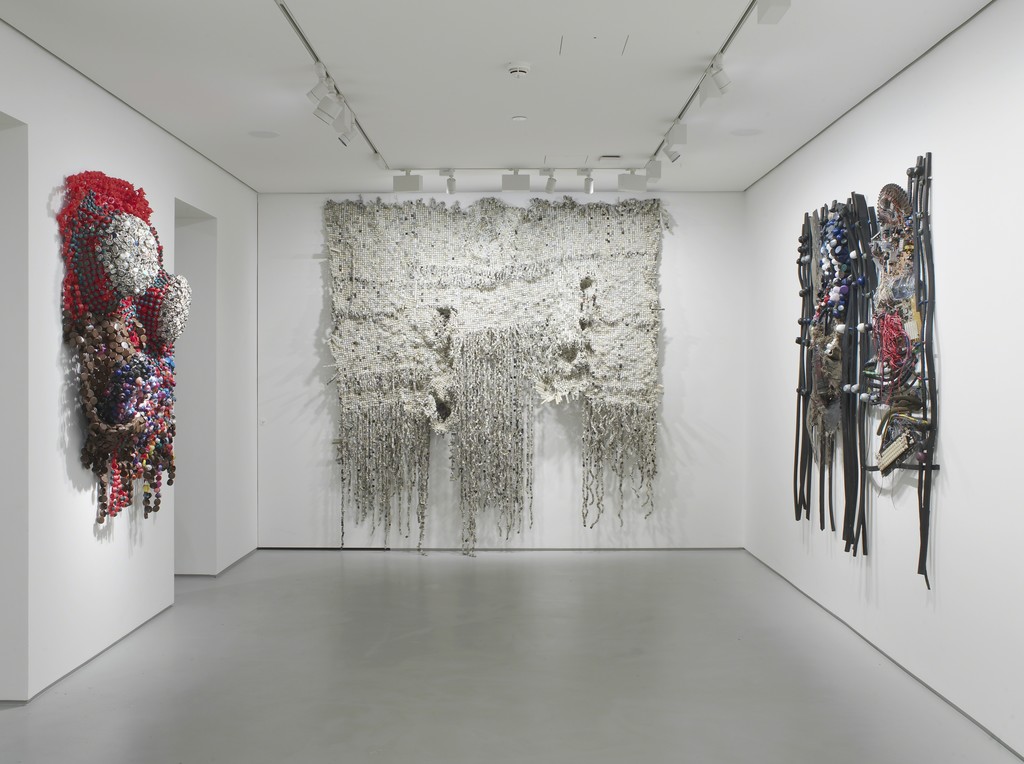 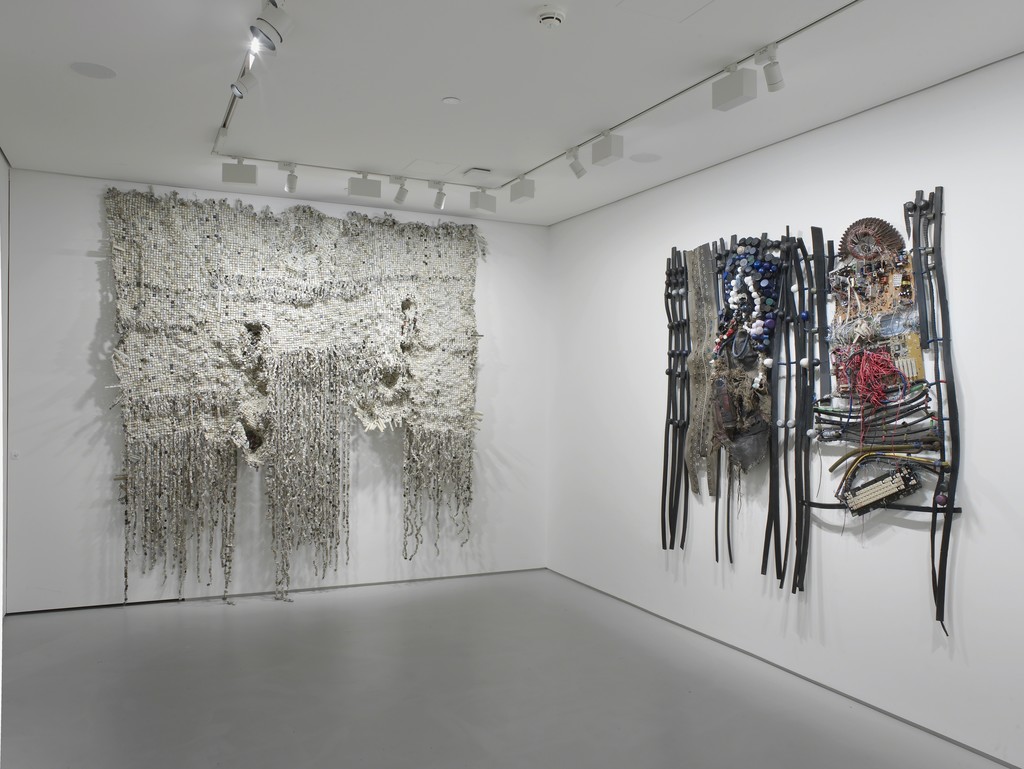 “I believe that I am not making objects exactly, but statements which are meant to change the lives of my people, the image of my country, and the world at large. Through my work I collide the laws and policies of my country against the excretes of its society.”
Moffat Takadiwa, 2015

Tyburn Gallery is pleased to present Moffat Takadiwa’s first UK solo exhibition Foreign Objects from 5 November 2015 – 9 January 2016. Born in Karoi, Zimbabwe, in 1983, and currently based in Harare, Takadiwa is known for his simple but intricate installations made from found materials, including spray-can debris, plastic bottle tops and discarded electrical goods. Through the works exhibited, Takadiwa engages our senses, both literally and visually, as a unique way for identifying foreign materials, items and objects.

Takadiwa’s practice engages with issues of material culture, identity and spirituality as well as social practice and the environment. The exhibition groups together wall-hung sculptures that bear witness to the cultural dominance exercised by the consumption of foreign products in Zimbabwe and across Africa. Imported consumables become symbolic of the shifting power struggles within post-colonial Zimbabwe, resulting in the uneven distribution of economic and cultural power across the country. Greatly influenced by the Argentine semiotician Dr. Walter Mignolo’s scholarship on ‘coloniality’ and modernity, Takadiwa’s work is an explicit challenge to contemporary governments whose pledges on indigenous empowerment are failing to come to fruition.

Moffat Takadiwa graduated with a BA Honors from Harare Polytechnic College, Zimbabwe in 2008. Part of the post-independence generation of artists in Zimbabwe, Takadiwa has exhibited extensively across major institutions in Zimbabwe as well as internationally.
Recent solo presentations include Africa Not Reachable! at First Floor Gallery, Harare, Zimbabwe (2012). In 2014 Takadiwa collaborated with the Australian artist Simeon Nelson on a large-scale sculptural installation All Our Ancestors following Nelson’s residency in Harare. Group exhibitions include Broken English, Tyburn Gallery, London, UK (2015); UNcertain Terms, WHATIFTHEWORLD, Cape Town, South Africa (2014); Warp & Woof, The Hole, New York, USA (2014); National Gallery of Zimbabwe Annual Show, Harare, Zimbabwe (2014); Brand New Second Hand, Vigo Gallery, London, UK (2014); Inexactly This, Kunstvlaai Festival of Independents, Amsterdam (2012). Takadiwa has been a recipient of many awards since 2008, including the Award of Attendance from The Zimbabwe Olympic Committee, Harare, Zimbabwe in 2012 and an Award of Merit and Special Mention Prize for exhibitions at Gallery Delta, Harare, Zimbabwe both in 2010.