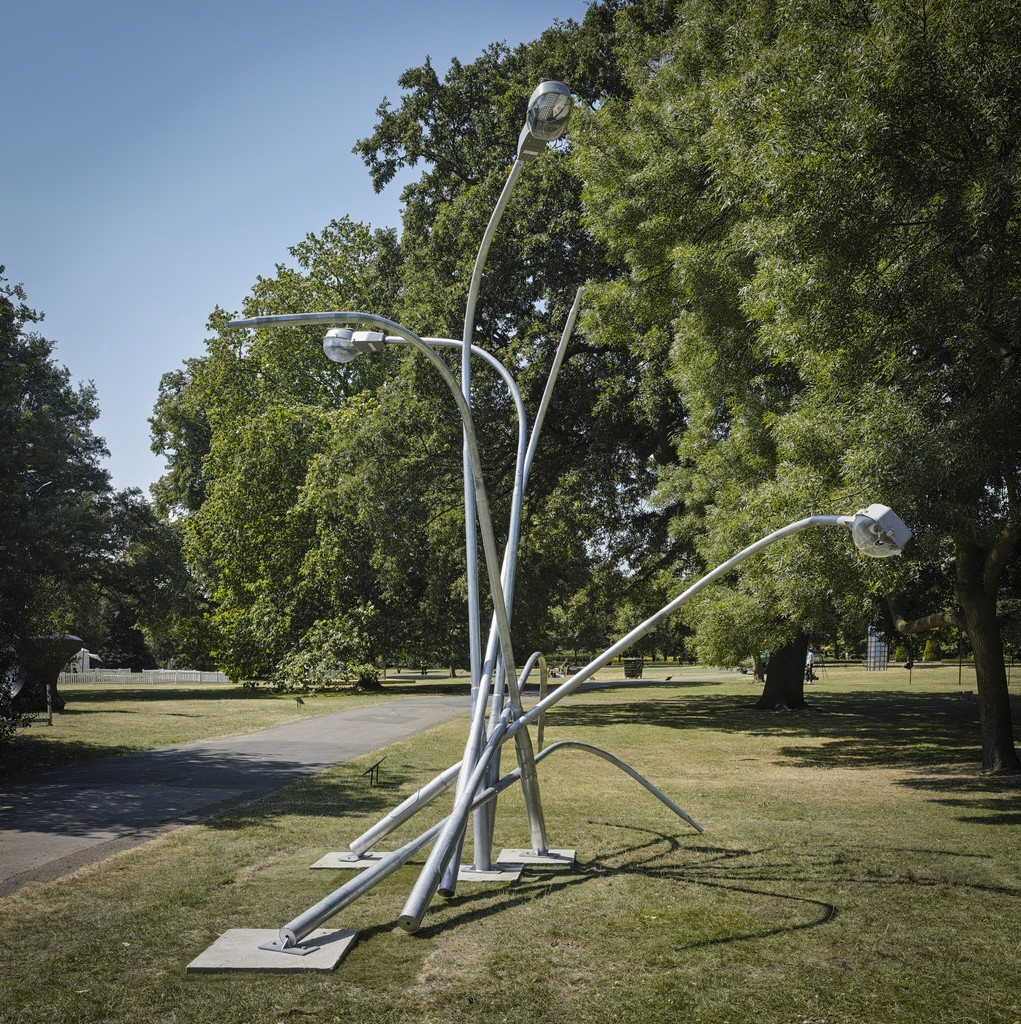 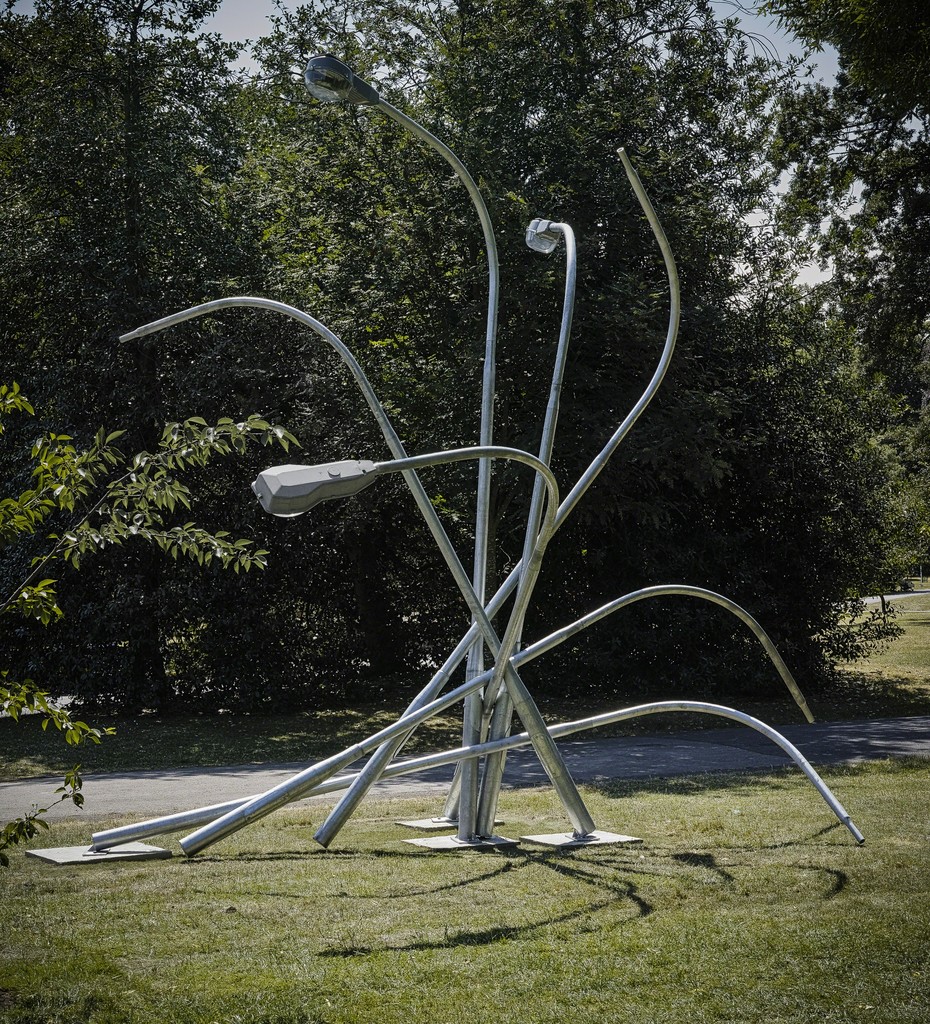 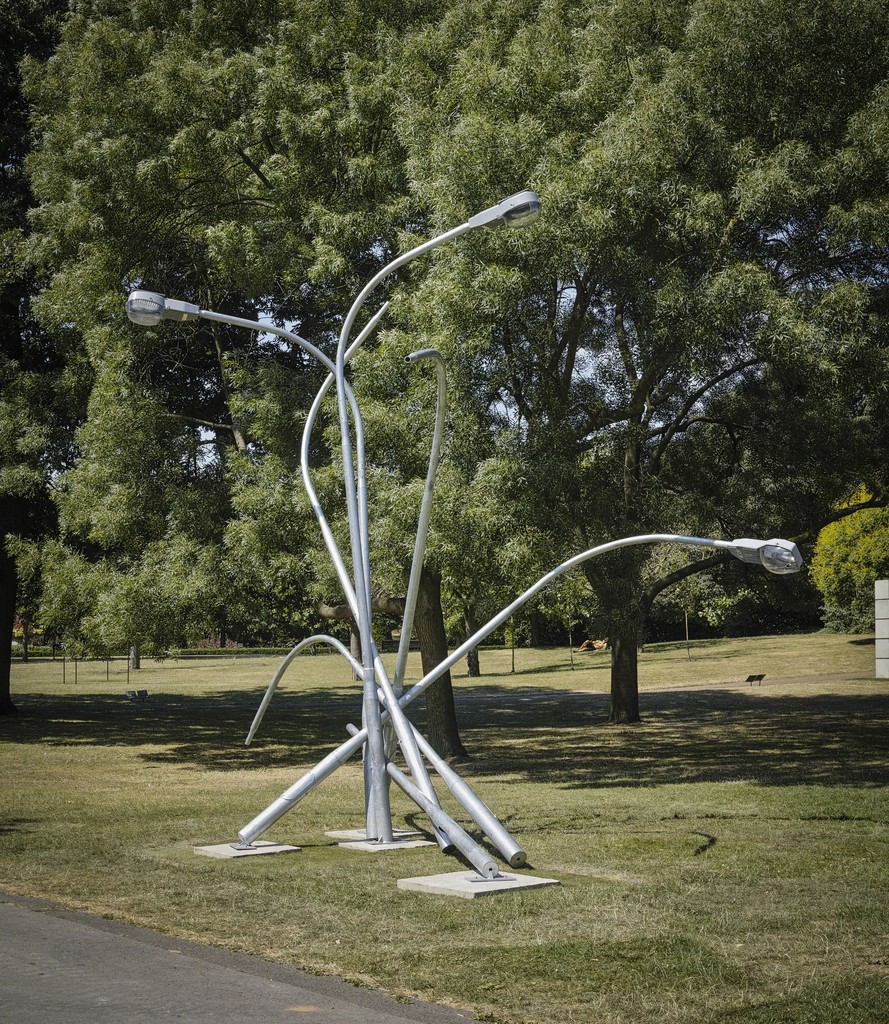 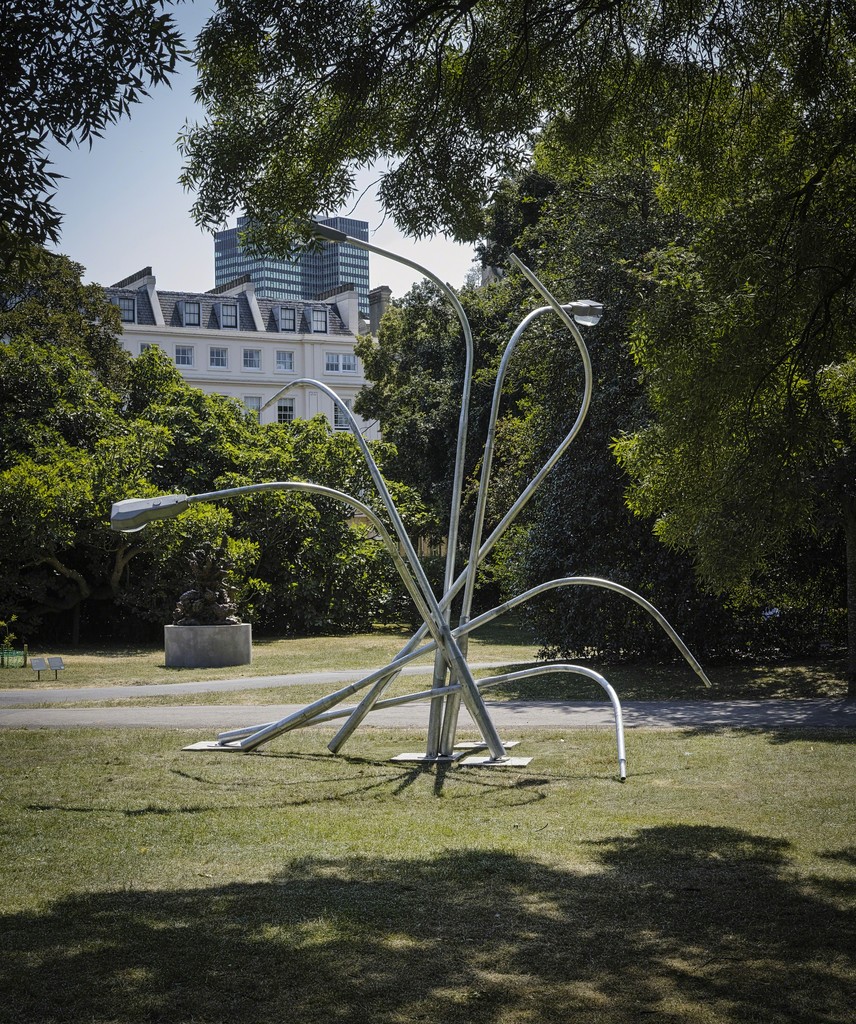 Tyburn Gallery is delighted to announce that we will be presenting a large-scale sculpture by Michele Mathison for the 2018 edition of Frieze Sculpture in Regent’s Park, London.

Mathison's practice involves transforming everyday objects into charged artistic declarations. Informed by his own migratory experience, living primarily in South Africa and Zimbabwe, his sculptures and installations form a visual language commenting on both the personal and political. For this particular work, the artist has used metal street lamps, fixed together to create a subversive sculptural form.

With Parallax, Michele Mathison draws attention to broken urban infrastructure in Harare and Johannesburg as a form of ersatz public sculpture, memorializing decay and the collapse of the civic. With their function as a light eroded, they become more clearly aesthetic objects, as well as signifiers of a break down in the areas they are found. And they are beautiful, in copy as in the original, with care in their design and construction: tapering elegantly as they rise from the base to the lamp, their curved necks forming graceful parabolas. These are reconstructions of street lamps, rather than found objects, made using the same materials and techniques, allowing the artist to make hero versions of the ubiquitous objects. With only a couple of working lights in Michele’s construction, held aloft by the other lamps clustered in tottering solidarity, raising one of their own aloft.

Michele Mathison was born in 1977 in Johannesburg, South Africa and currently lives and works between Zimbabwe and South Africa.

He graduated with a Bachelor of Arts in Fine Art Honors, Michaelis School of Fine Art, University of Cape Town, South Africa in 2000.

Mathison will present a second solo exhibition at Tyburn Gallery in 2018, running from 3rd October to 14th November.