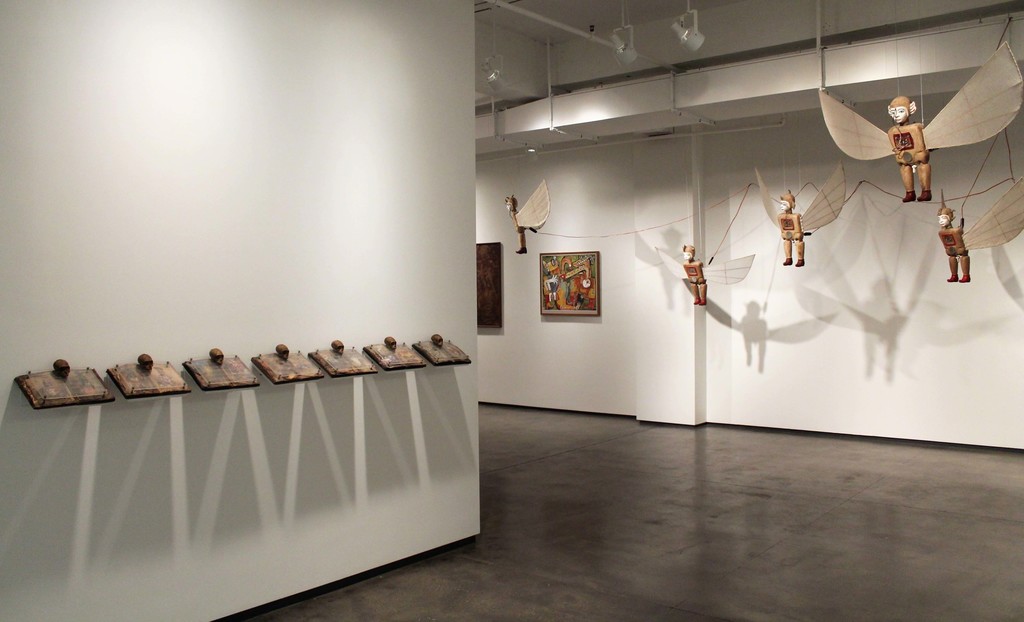 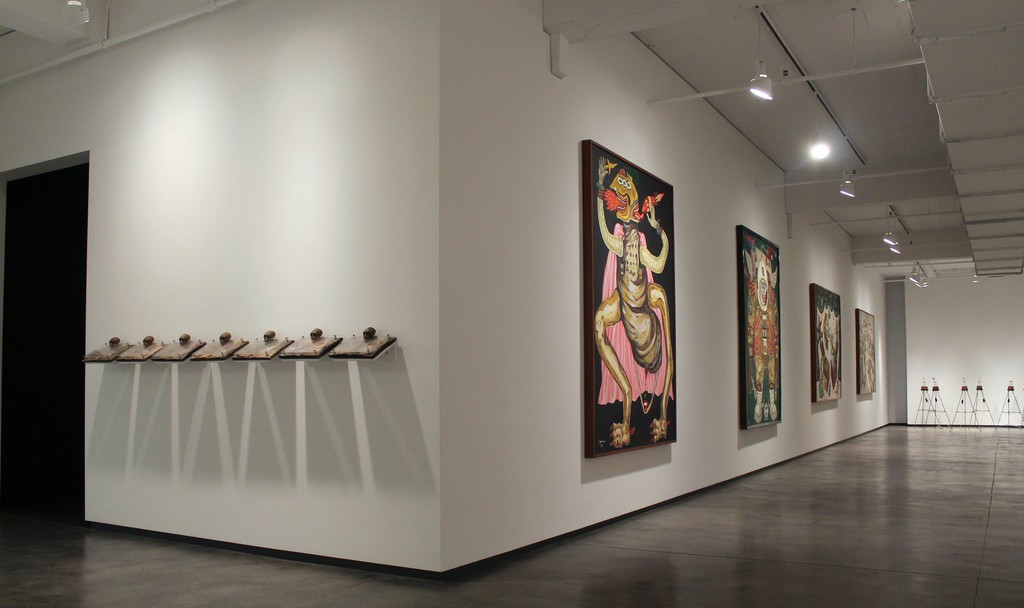 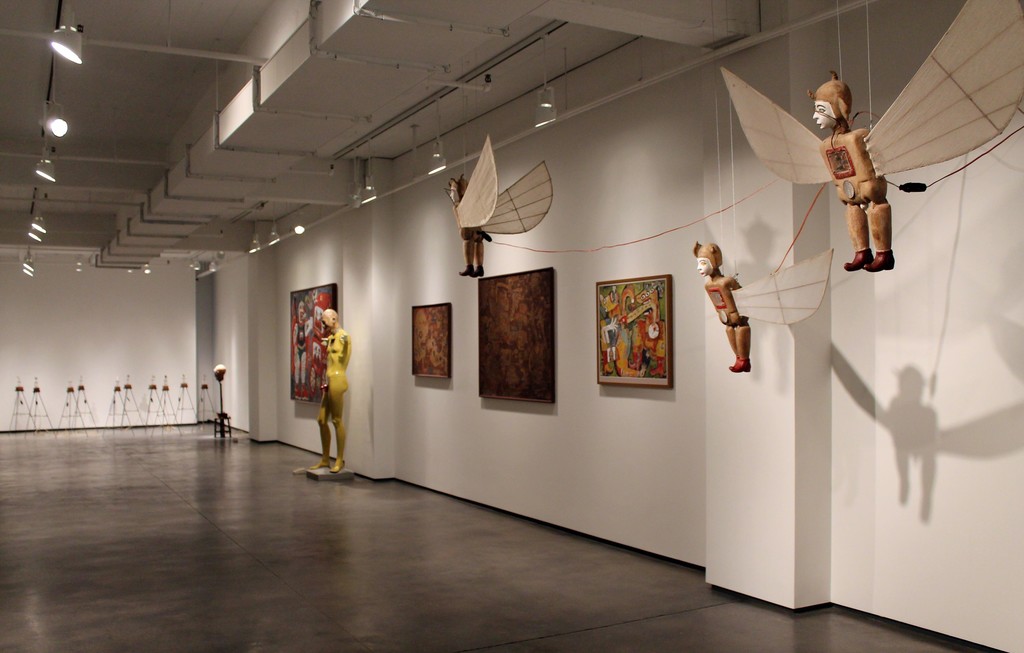 Tyler Rollins Fine Art is pleased to host the first New York solo exhibition for Heri Dono, taking place from October 30 – December 20, 2014. Entitled The World and I, the exhibition features an overview of paintings, sculptures, and installations from throughout his thirty-year career. It follows a major mid-career survey of Dono’s work, The World and I: Heri Dono’s Art Odyssey, on view earlier this year at Art 1: New Museum in Jakarta, Indonesia, for which a 260 page catalogue was published.

One of Indonesia’s most well known and internationally active contemporary artists, Dono has achieved iconic status both internationally and in his native Indonesia. Born in Jakarta in 1960, and a graduate of the Indonesian Institute of the Arts in Yogyakarta, Dono early on developed a distinctive style that came out of his extensive experimentation with the most popular form of Javanese folk theatre, wayang, a vibrant and eclectic art form that enacts complex narratives, often derived from ancient mythology, incorporating music with performances by two-dimensional shadow puppets as well as more lifelike wooden puppets and even human actors. Dono’s elaborate sculptural installations take inspiration from these puppets, bringing them into the contemporary world of machines, robots, and television. Often featuring unusual juxtapositions of motifs, a variety of moving parts, and sound and video components, these multi-media works make powerful statements about political and social issues as well as the often jarring interrelationship between globalization and local cultures. With his paintings, Dono creates fantastical worlds of strange, hybrid creatures and oblique narratives, inspired by the colorful characters and stories of wayang, as well as contemporary issues.