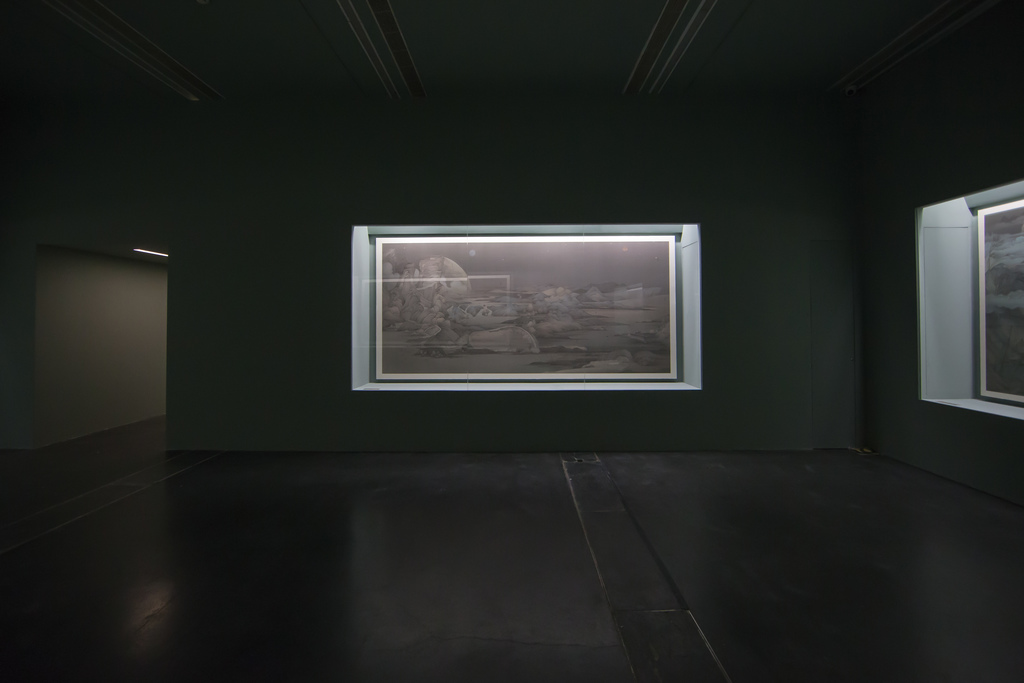 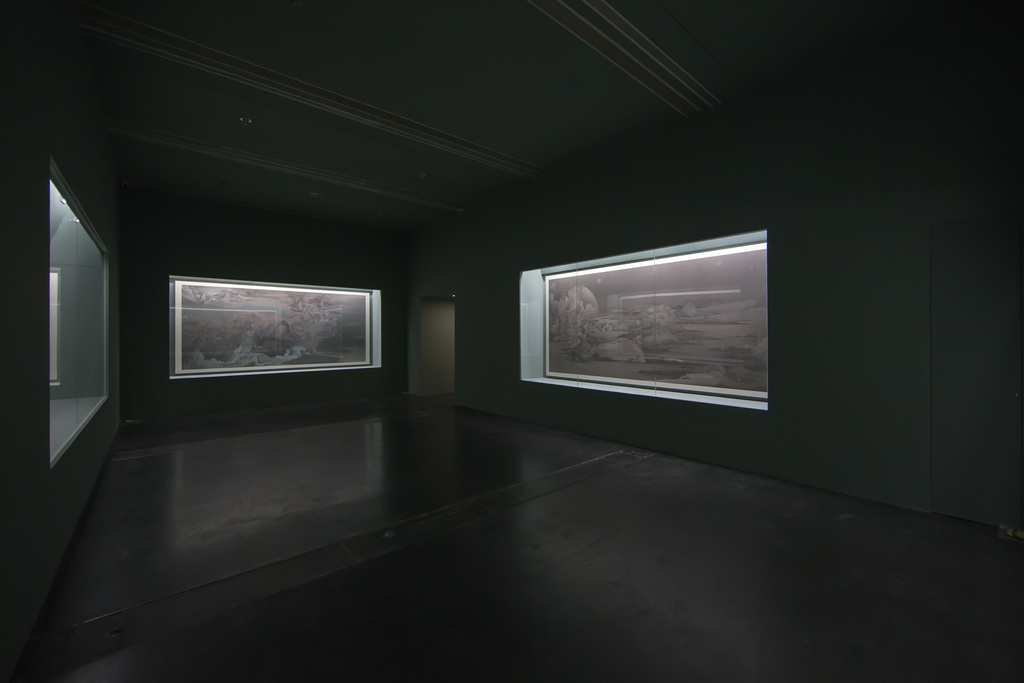 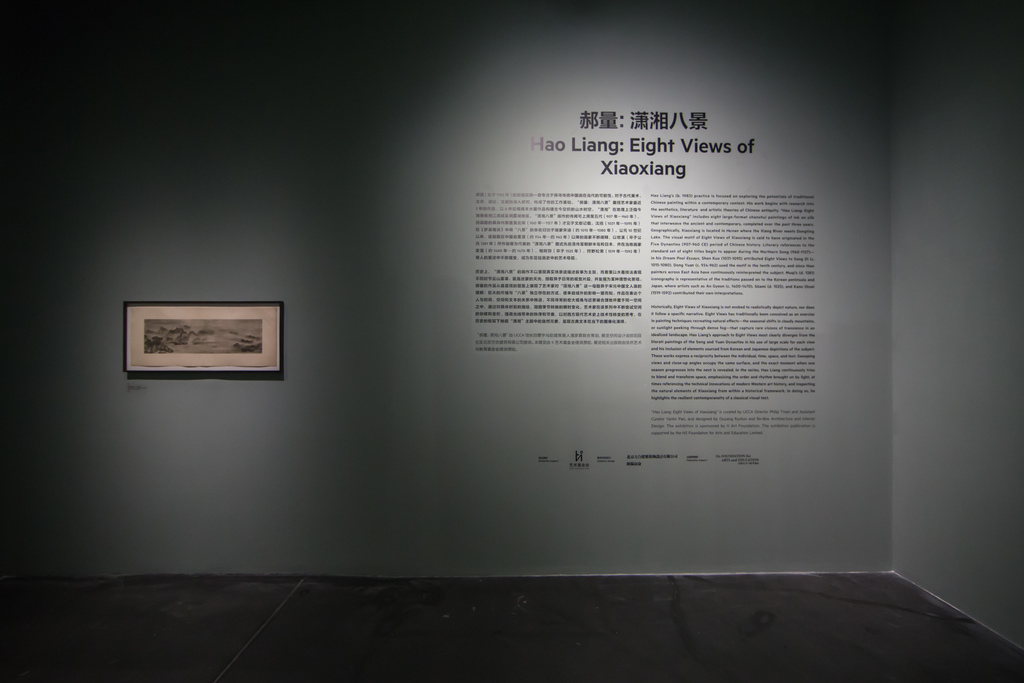 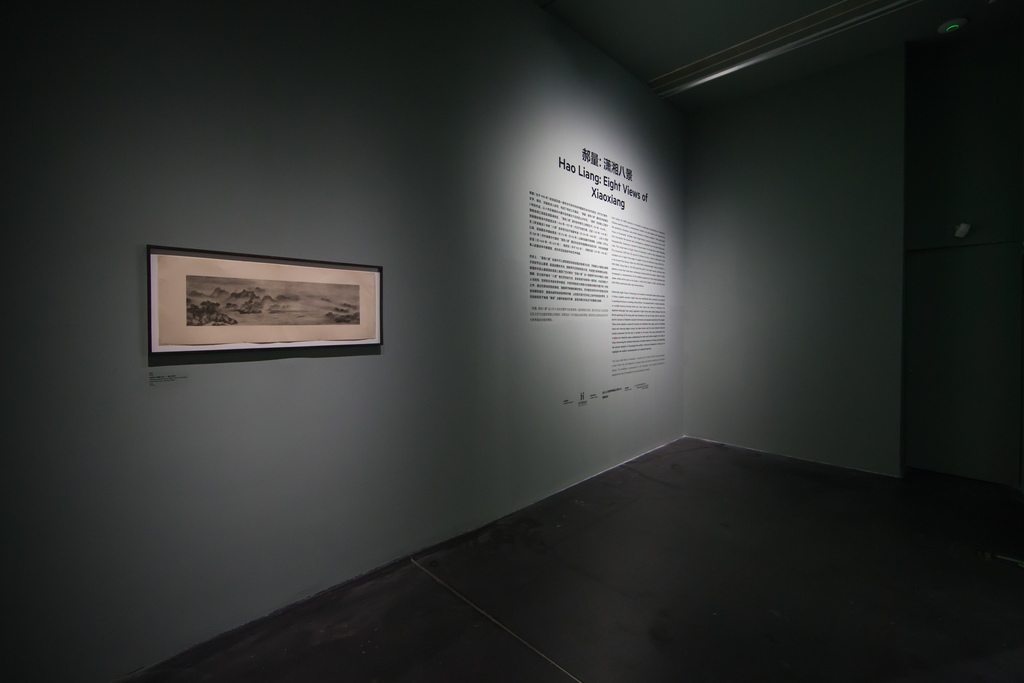 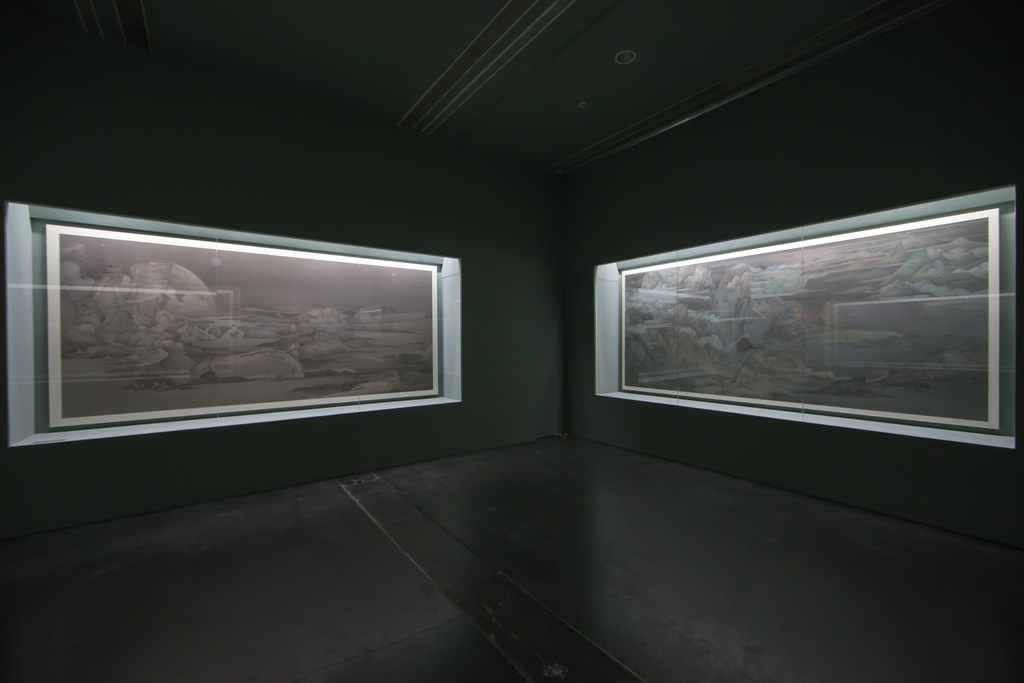 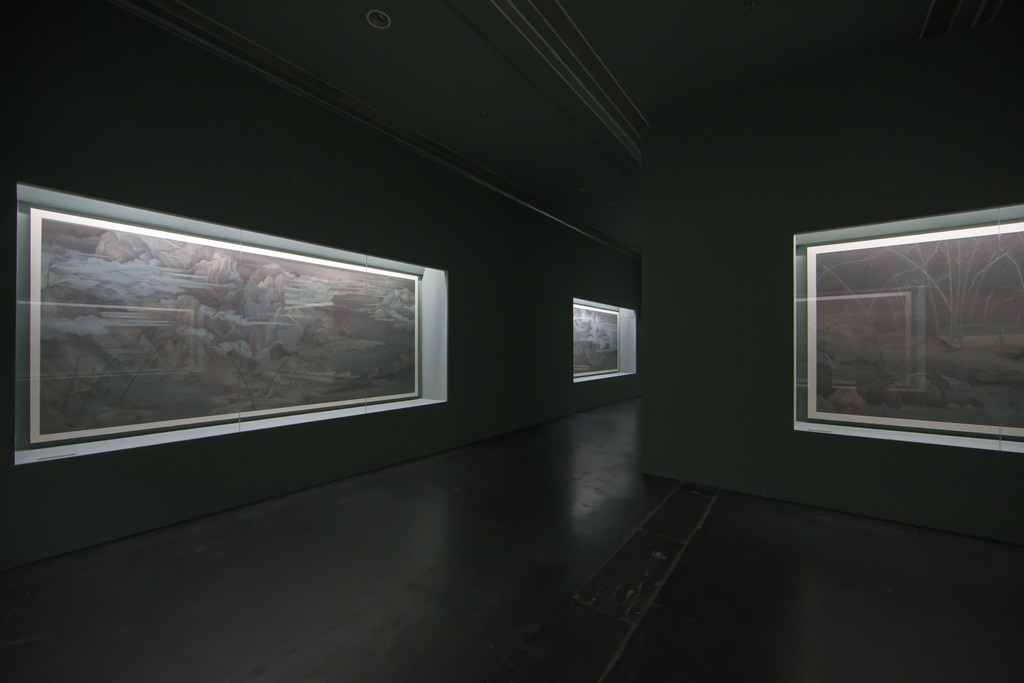 From 4 November 2016 to 8 January 2017, UCCA presents “Hao Liang: Eight Views of Xiaoxiang” in the Central Gallery. Hao Liang’s first institutional solo show, the exhibition showcases a new cycle of eight large (387 x 184 cm) compositions in ink on silk that take on this time-honored titular landscape in Central China, using each image to explore the dramatic sublime of the contemporary ecological landscape. His paintingis based on research into the literature, aesthetics, and scholarship of Chinese antiquity, seeking to revive a genre and its material artistry, and imbue it with a modern sensibility. The paintings are hung in recessed vitrines, a method often reserved for delicate and ancient works which, here, further establishes a dialogue with the heritage of Chinese painting.

For Hao Liang, these works explore a tension between historical evolutions behind the concept of “Eight Views of Xiaoxiang” and more contemporary cultural expressions. Geographically, Xiaoxiang is located in Hunan where the Xiang River meets Dongting Lake. However, the motif of Eight Views of Xiaoxiang moves beyond simple depictions of the natural surroundings of a particular place, finding a number of visual representations in reinterpretations across East Asia, including China, Japan, and Korea. Since the tenth century, the motif has inspired painters including Dong Yuan (934-962 CE), Song Di (1015-1080), Muqi (d. 1281), An Gyeon (b. 1400), Sōami (d. 1525), Wen Weiming (1470-1559), and Kano Shoei (1519-1592). Through research into Chinese and Western antiquity, Hao Liang assumes the role of so many scholars before him, hermeneutically reinterpreting Eight Views of Xiaoxiang with a modern eye, parodying borrowed forms to develop his own stylistic language that fits within the classical cannon.

For Hao Liang, the painting surface is not simply a material vehicle embodying space and time, but a medium for contemplations of such. Diverging from the principles of both traditional Chinese painting and linear perspective, Hao Liang relies on composition, modeling, color, and variations in light and shadow to produce multilayered perspectives within each canvas, creating unstable, non-linear spatio-temporal impressions. For example, in Eight Views of Xiaoxiang—Myriads of Transformations, Hao Liang depicts the passage of autumn into winter with the clarity of a day just after rain when all things in nature begin to change, lending a dynamic sense of time to the canvas, constructing multiple perspectival relationships by incorporating the sea, running river, landscape, and other imagery into a relatively flat space, and using bamboo, a traditional element, to disrupt viewers’ entry into the spaces depicted. In Eight Views of Xiaoxiang—Mind Travel, he combines the forms of a flat geographical map with that of a shanshui landscape. Through the warping of space and compression of multiple seasons through the inclusion of elements emblematic of those seasons, the view becomes abstract, reflecting “mind travel,” a deeply contemplative form of looking reliant on the deconstruction of any literal sense of time and space.

In exploring the basis of concepts of space and time, Hao Liang appropriates textual elements to more broadly explore the historical conceptions of painting, focusing on the potential contained within excavated traditional elements. In Eight Views of Xiaoxiang—Relics, he begins imitating a classic concept, using imagery and text to demarcate different historical periods of iconography in Chinese painting, even incorporating contemporary imagery. Here, symbols embodying varying notions of time—relics from the past, those of the contemporary and also possible future—appear simultaneously on the canvas, hinting at their intertextuality. In Eight Views of Xiaoxiang—Scholar’s Traveling, Hao Liang has organized the canvas according to Wan Ximeng’s A Thousand Li of Rivers and Mountains, combing it with literary references found in Travel Diary of Xu Xiake, creating a vision of the “scholar’s tour.” Yet the artist’s historicizing does not stop at mere appropriations of image and text; he also revives the brushwork techniques of landscape painting to entirely reflect an alternative “world view.”

By engaging withthe long art history surrounding Eight Views of Xiaoxiang, Hao Liang explores traditional techniques and material concerns while developing the potential of canonical forms through a research-based working method. Through spatio-temporal changes and textual appropriation, he contributes to this continuously evolving visual motif, offering his own answer to the question of modernity in Chinese painting.