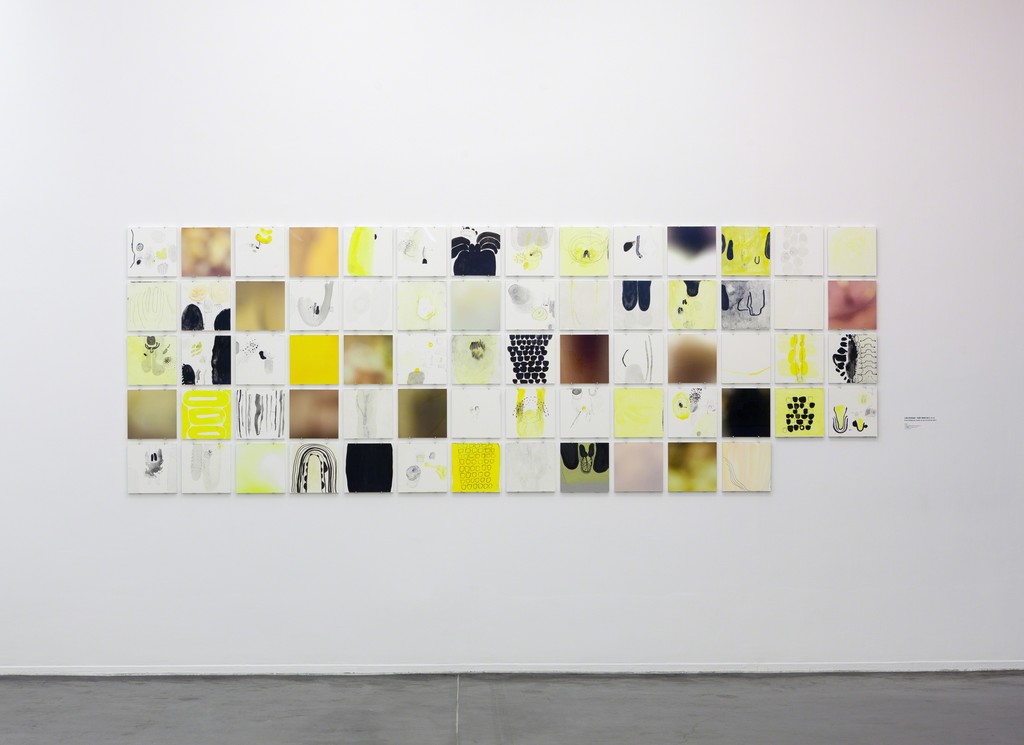 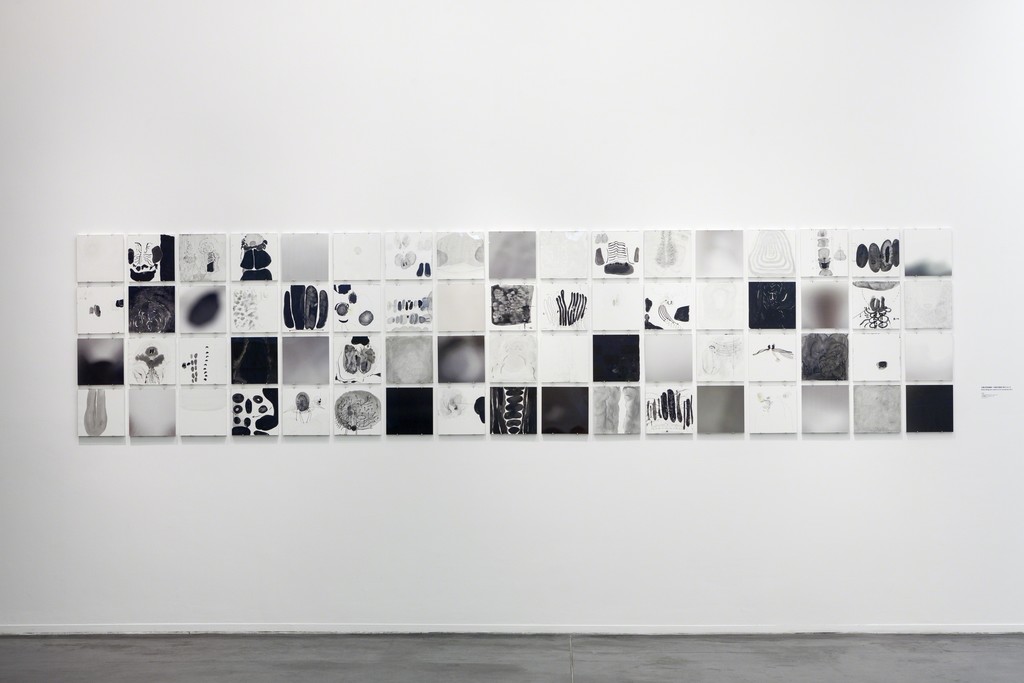 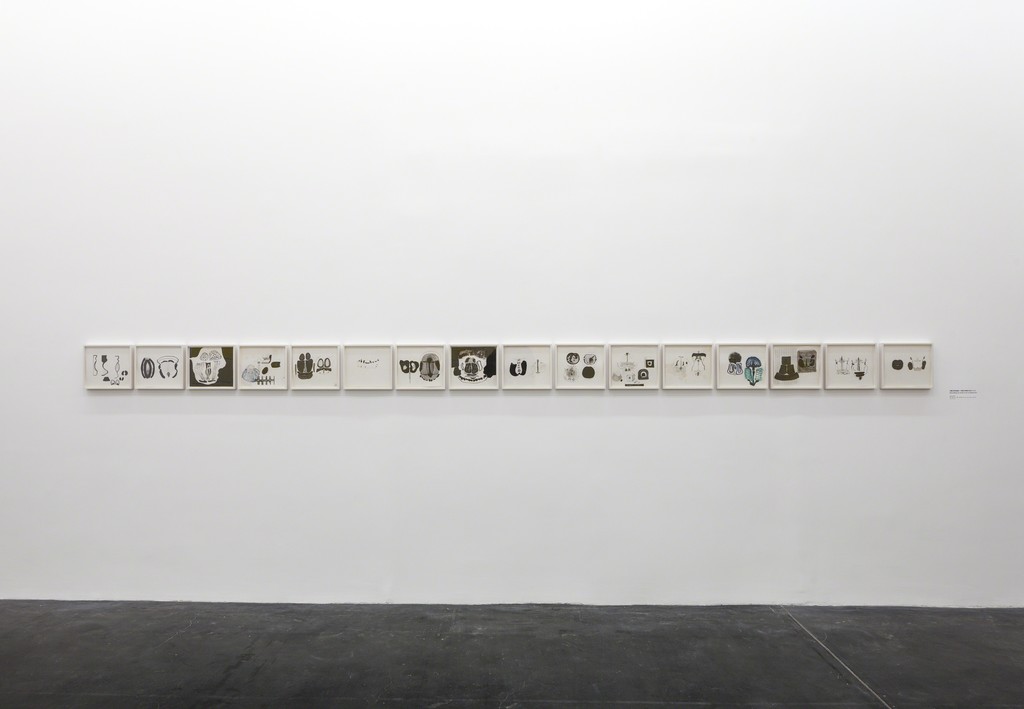 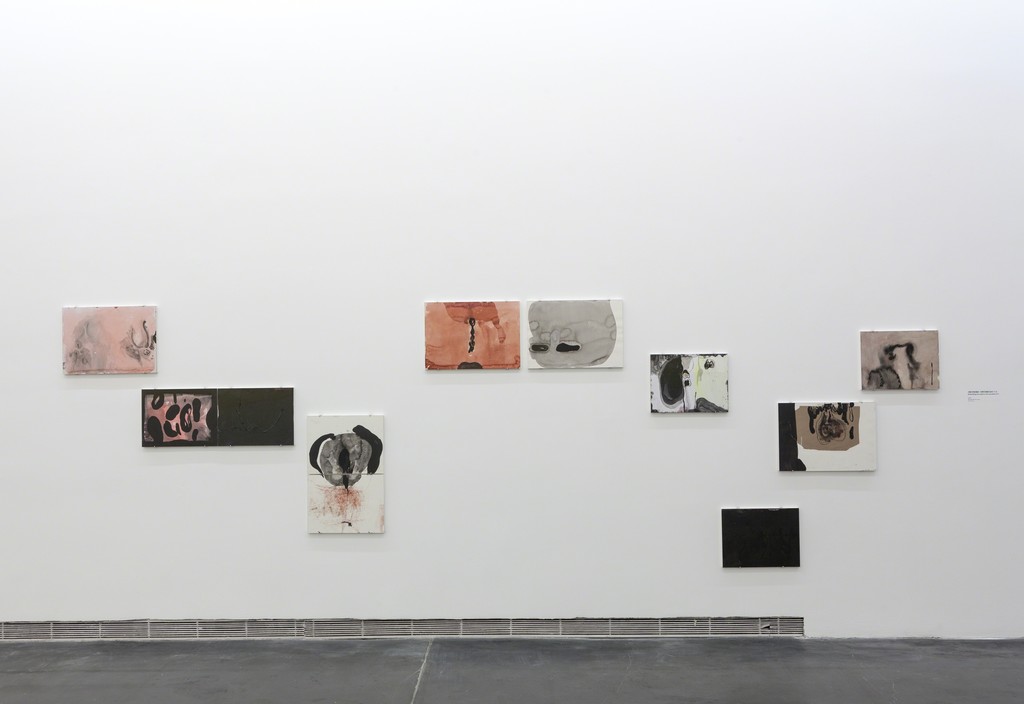 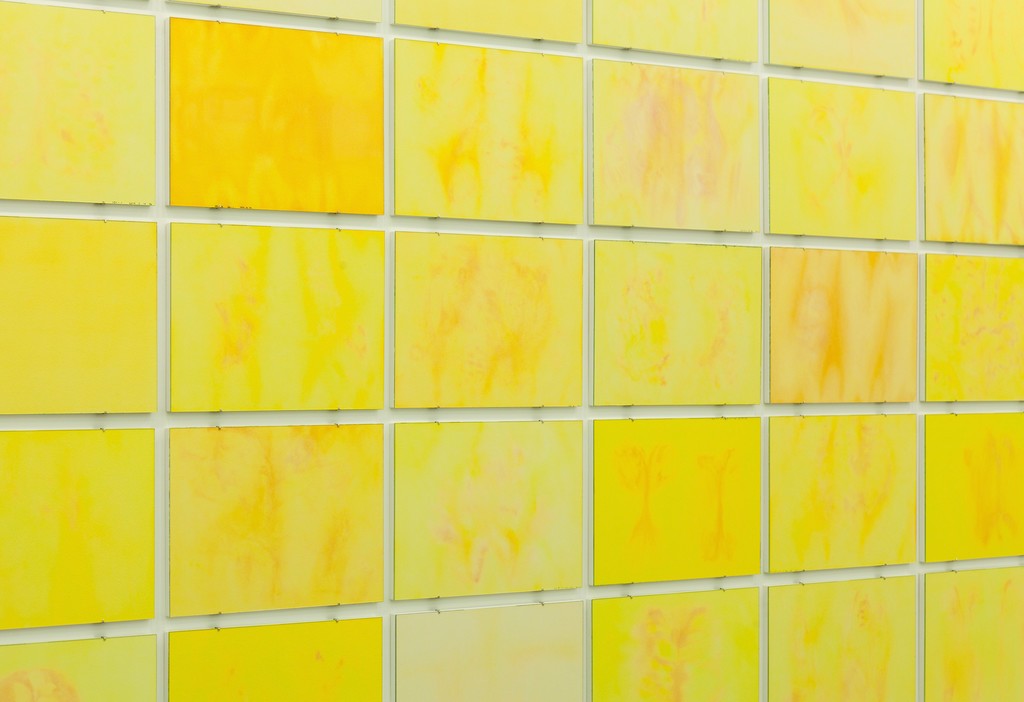 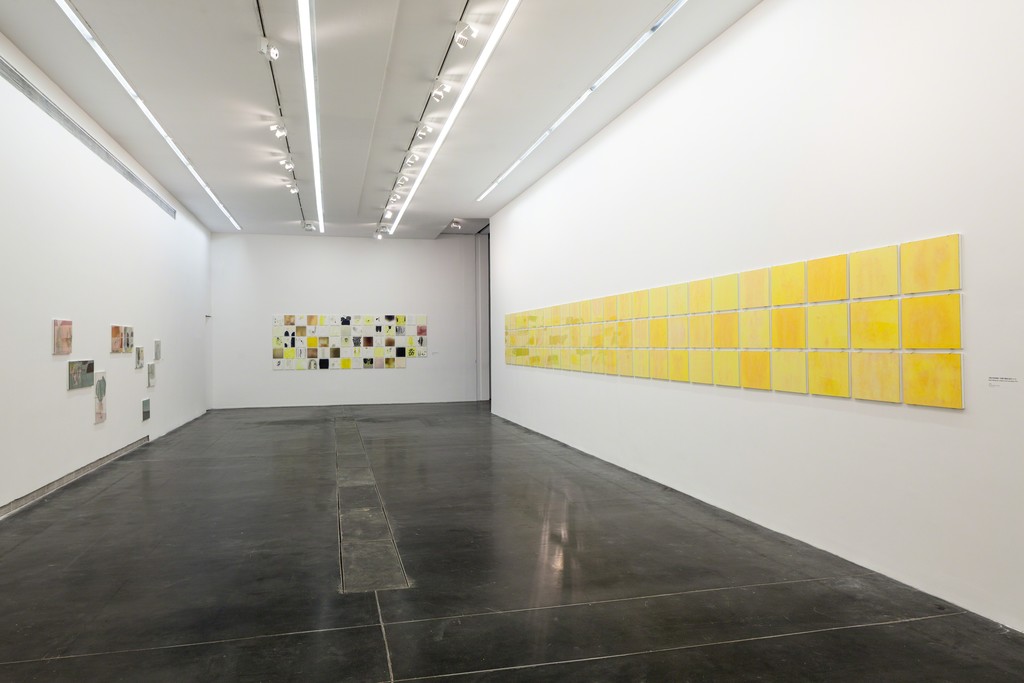 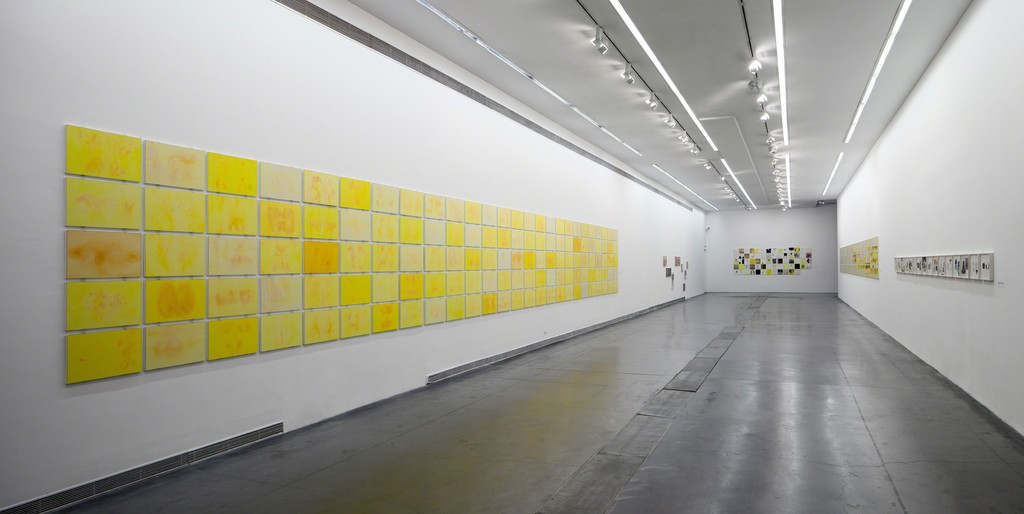 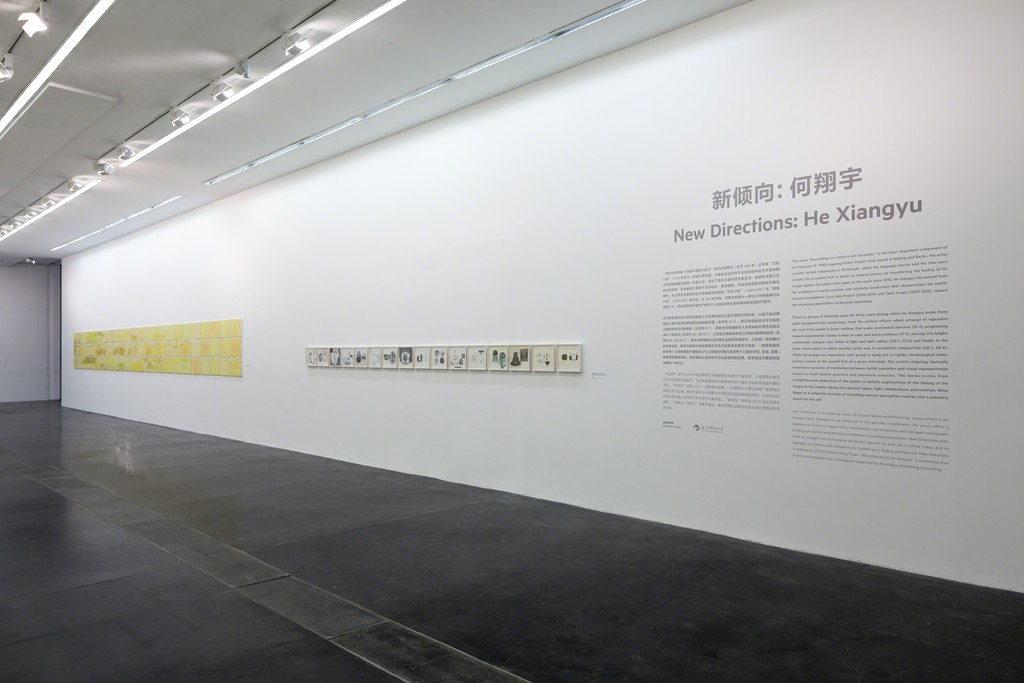 From June 11 to August 9, the Ullens Center for Contemporary Art (UCCA) begins the “New Directions” initiative with the solo exhibition of He Xiangyu, a presentation of 365 paintings from the artist’s ongoing Palate Project. Part of UCCA’s mission to present the diverse practices of emerging artistic talents from Greater China to wider audiences, “New Directions: He Xiangyu” is staged in the Long Gallery and will be followed by two subsequent shows featuring young Chinese artists later in the year, with further editions throughout 2016 and beyond.
Best known for sculptural works combining comedy and high concept, He Xiangyu here takes a solipsistic turn, revealing an inner topography depicted in a highly sensitive painterly language. During a brief stint in the U.S. where language barriers proved difficult to navigate, He Xiangyu began translating into images the ridges, bumps, and grooves of his palate through perceptions felt with his tongue. The act of translation, always aimed at demystifying the subject, here only seems to further complicate it. The phenomenological processes responsible for constructing a sense of interior space intrinsic to vocalization, the curl of the tongue that produces “rat” as opposed to “that”, become a function of He Xiangyu’s body mapping, supplanting the oral, and aural, by reaffirming the centrality of visual representation.
Executed over the course of four years, this presentation of Palate Project is composed of six groups of drawings and moves in a perennial display of watercolor, ink, and mixed media on paper. Identifiable anatomical structures dissolve and re-emerge, eventually evolving into color fields of yellow with only the slightest hints of form. Based on a seemingly obvious premise, Palate Project revels in a Cartesian split of mind and body, illustrating that, in spite of proximity to subject, art remains the annotation to a lost referent.
He Xiangyu (b. 1986) first garnered attention for Coca Cola Project, completed merely a year after his graduation from Shenyang Normal University. The piece, which has since been widely exhibited, required a long preparation period of hired workers boiling down 127 tons of Coca Cola. The application of intense heat resulted in two byproducts: an inky liquid and an earthy, dark precipitant. Fertile in its associative capacity, the virtual merde has been used for installations of varying of scale, at times filling entire rooms.
A tangential outgrowth, Tank Project was first featured in UCCA’s exhibition “ON | OFF: China’s Young Artists in Concept and Practice” (2013). Painstakingly sewn by an army of hands trained by the artist, the flaccid military machine is a life-size replica of a Soviet-style tank stitched from over 400 pieces of fine Italian leather. The material and temporal demands placed on the production of both Tank Project and Coca Cola Project, as well as the East-West dialectic conjured by He Xiangyu’s premeditated choice of cultural symbols, are indicative of a larger trend among artists of his generation to interrogate, at times to comedic effect, the contradictory trends of institutionalization and commercialization of contemporary art.
He Xiangyu’s solo exhibition, the first installment of the “New Directions” series, is accompanied by a monograph supported by Post Wave Publishing Consulting. “New Directions” is initiated by UCCA Director Philip Tinari. “New Directions: He Xiangyu” is curated by Guo Xi.