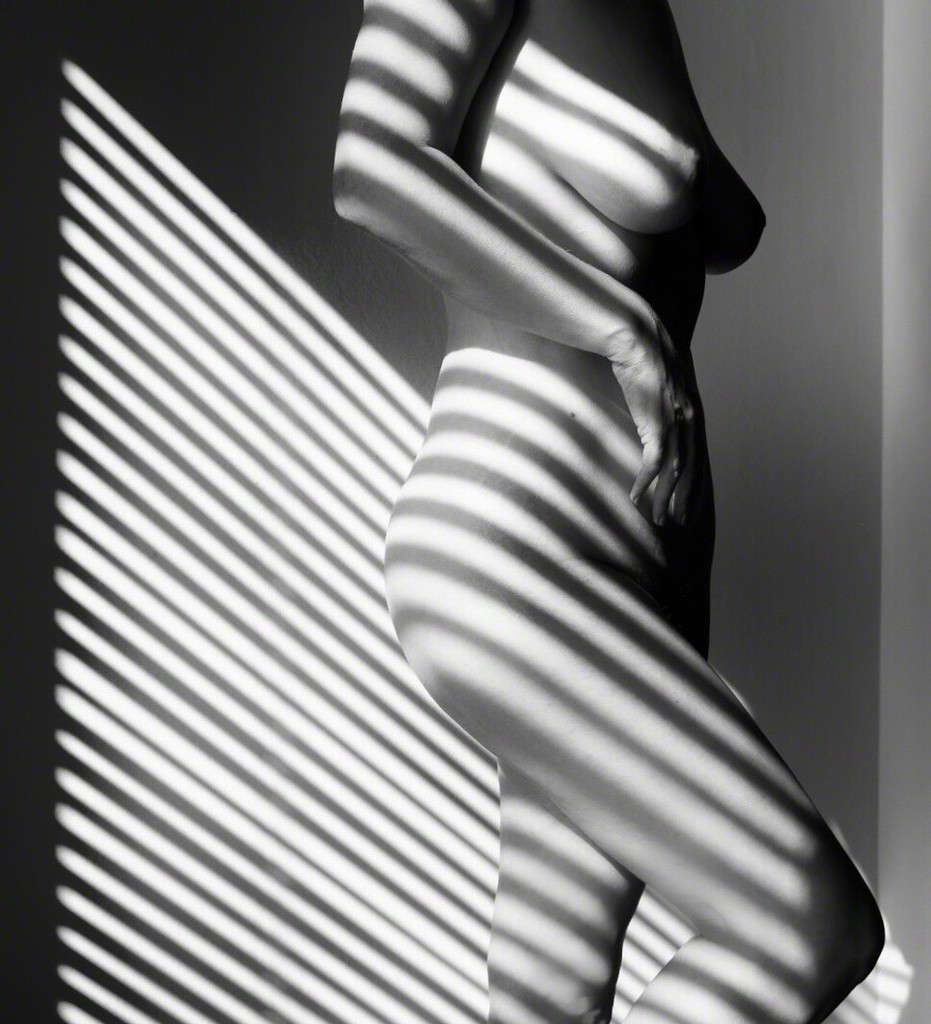 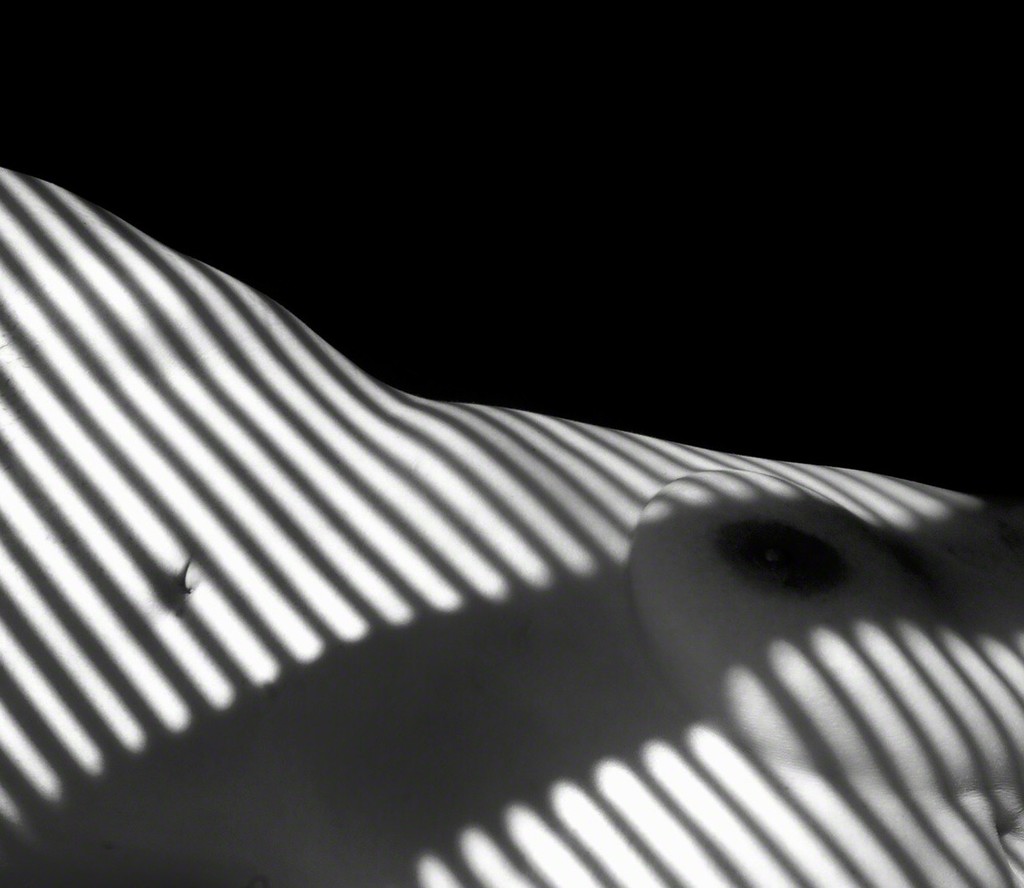 Undercurrent Projects is pleased to announce "I Am a Camera", a virtual exhibition of new black and white nudes by Savannah Spirit. In these two series, Spirit sends a powerful message to online gatekeepers that the human body does not only exist solely to be sexualized, it is the skin we live in.
The Striped series, conceived in 2016, is a study in light and shadow originally designed to evade the censor bots that have been deleting her social media accounts for the past 2 years. In the photographs, sunlight seeps through the open slats of the windows directly onto the skin of the artist, forming a classical pattern of light and shadow. Using her iPhone as her shutter release, Spirit’s camera becomes her mirror as she manipulates her shape and gesture between shots. Savannah is the camera. The resulting film noir nudes are elegant in form and line.

The Censored series uses the same ideas of light and shadow to question the blanket censorship of nude portraiture, specifically nude photography on social media. Savannah’s body literally becomes the message to her anonymous censors, igniting conversations in the virtual and real world.

Undercurrent Projects is a semi-nomadic art space inspired by the epic myth of the avant-garde. A laboratory for creative conspiracy and promotion of collaboration between the arts, Undercurrent serves as an incubator for artists, writers and curators to communicate ideas and create new artifacts for the 21st century.