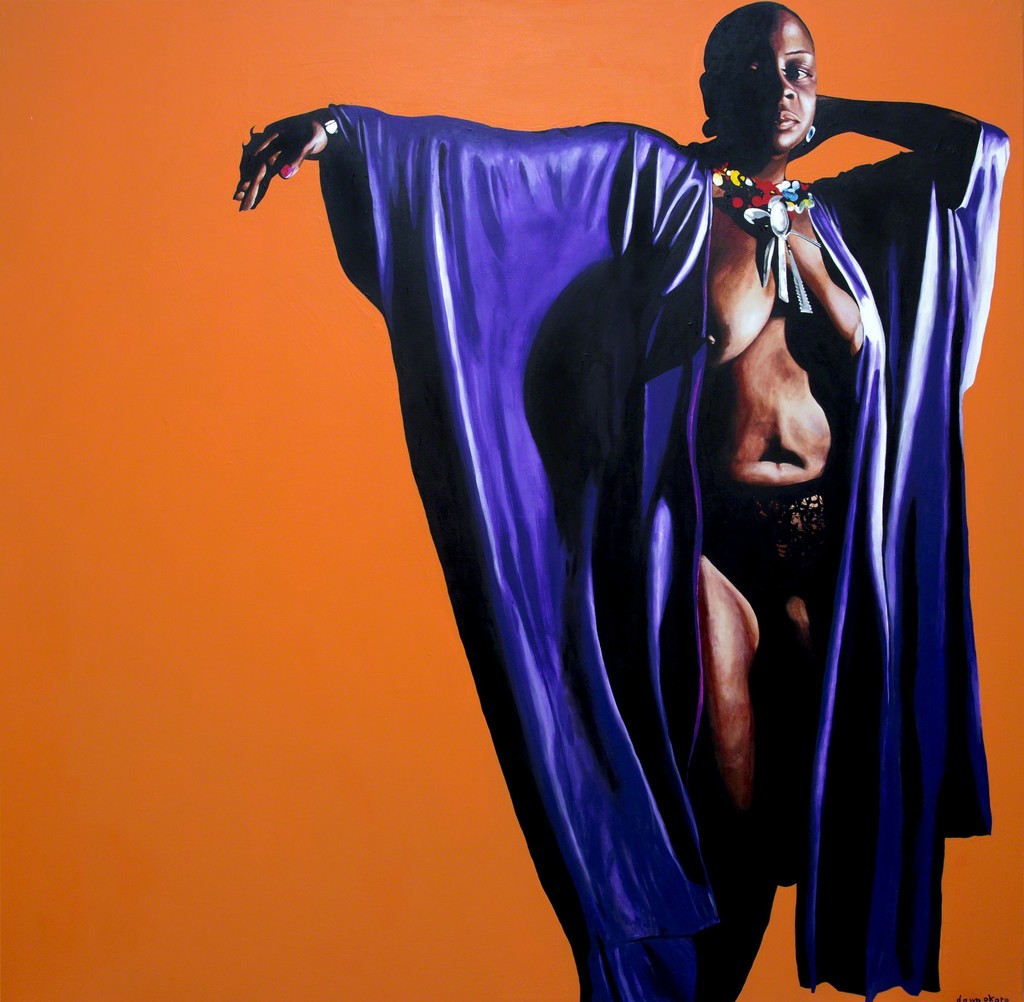 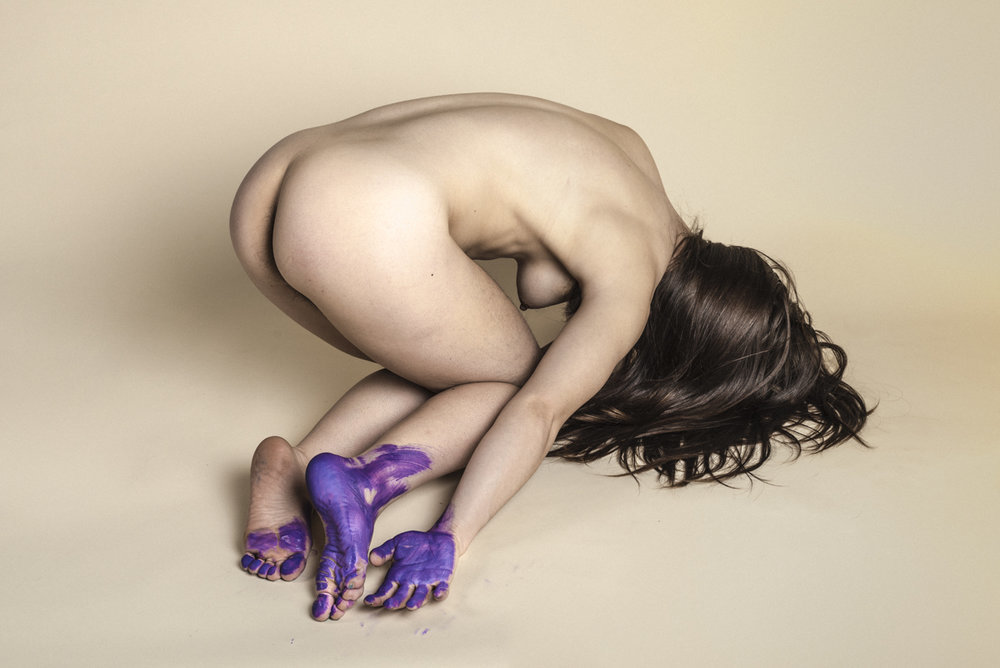 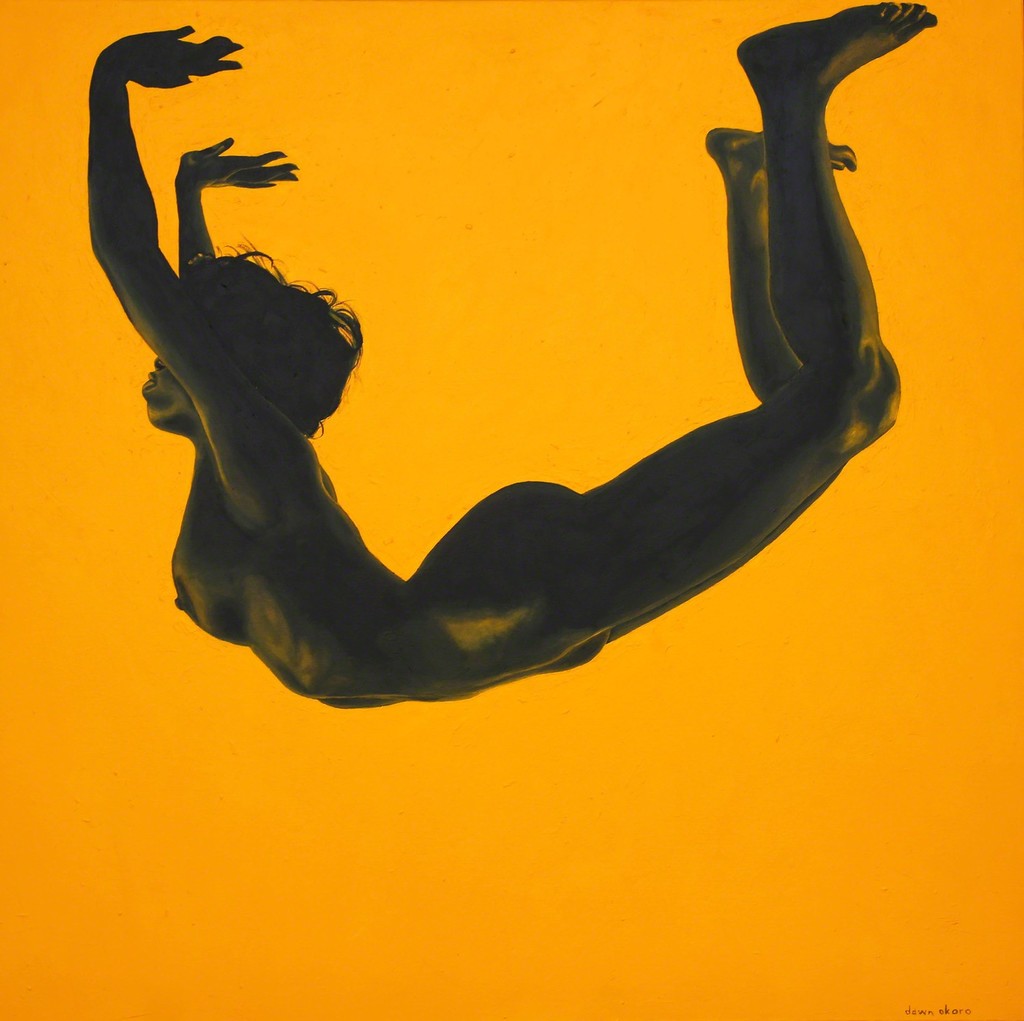 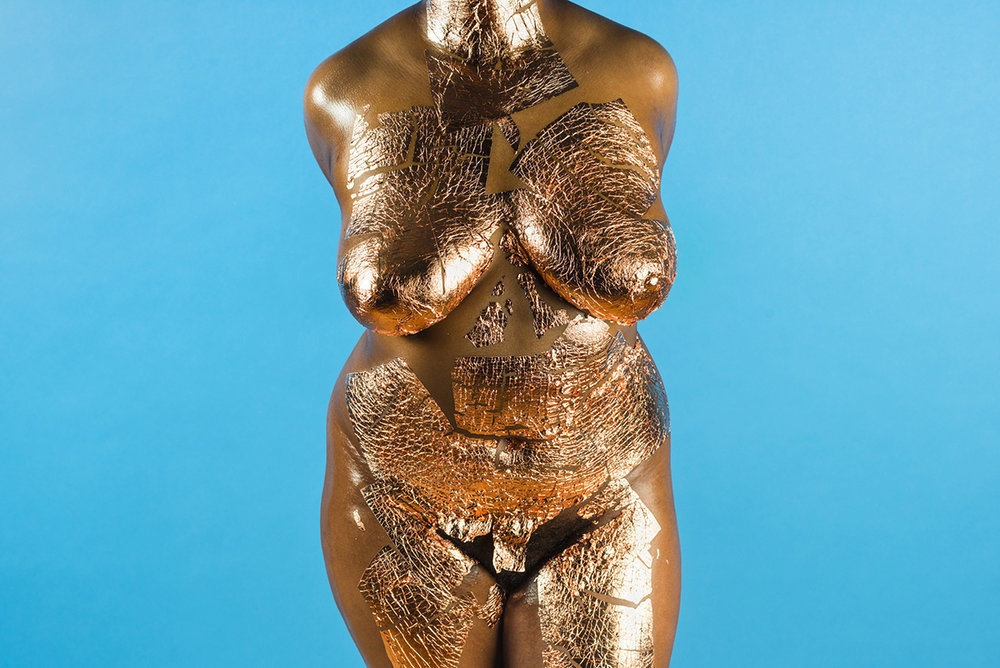 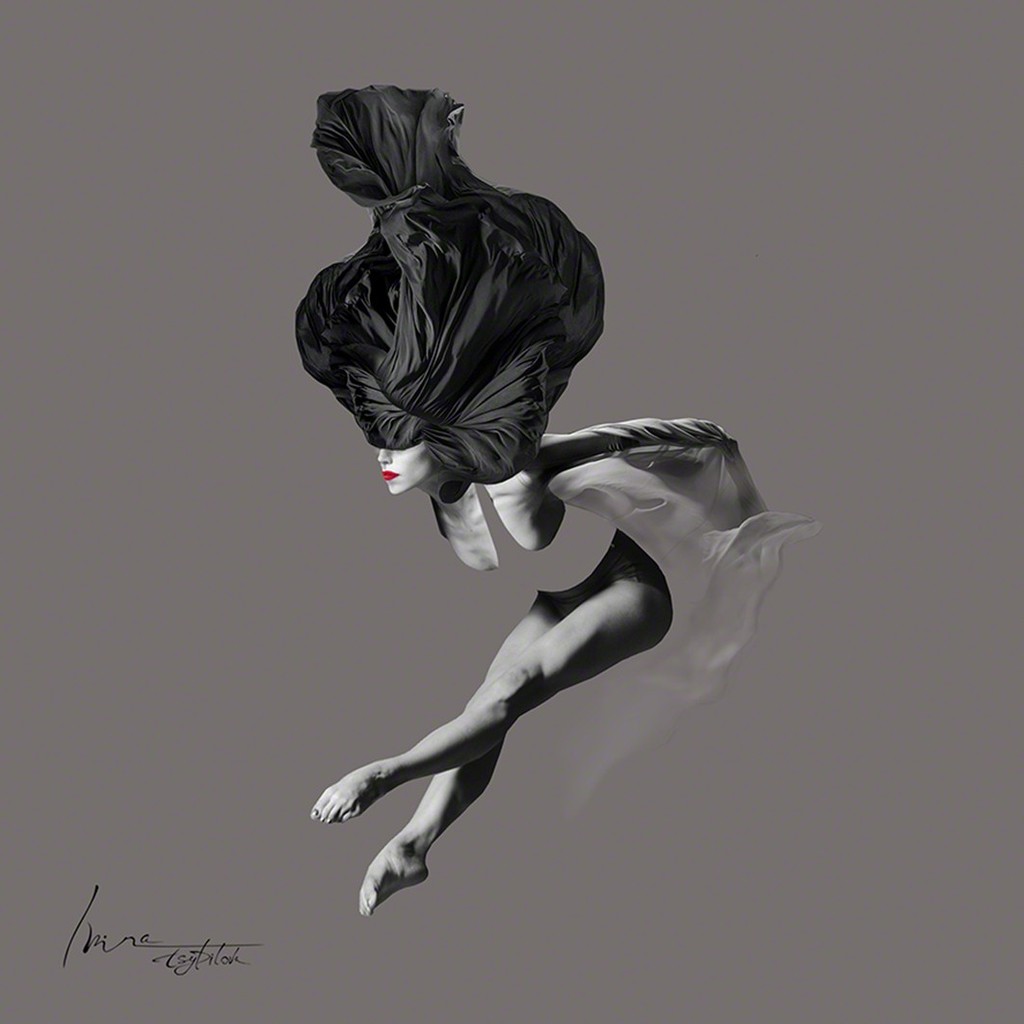 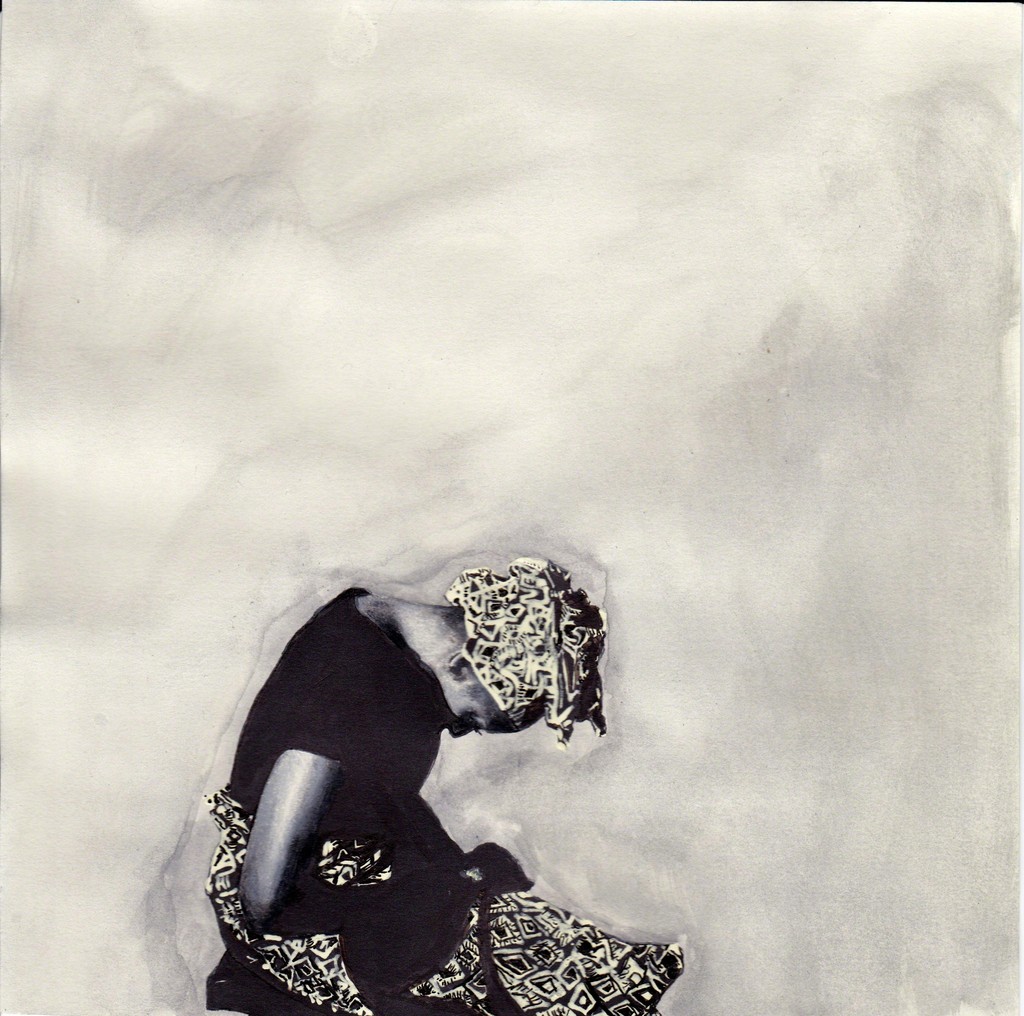 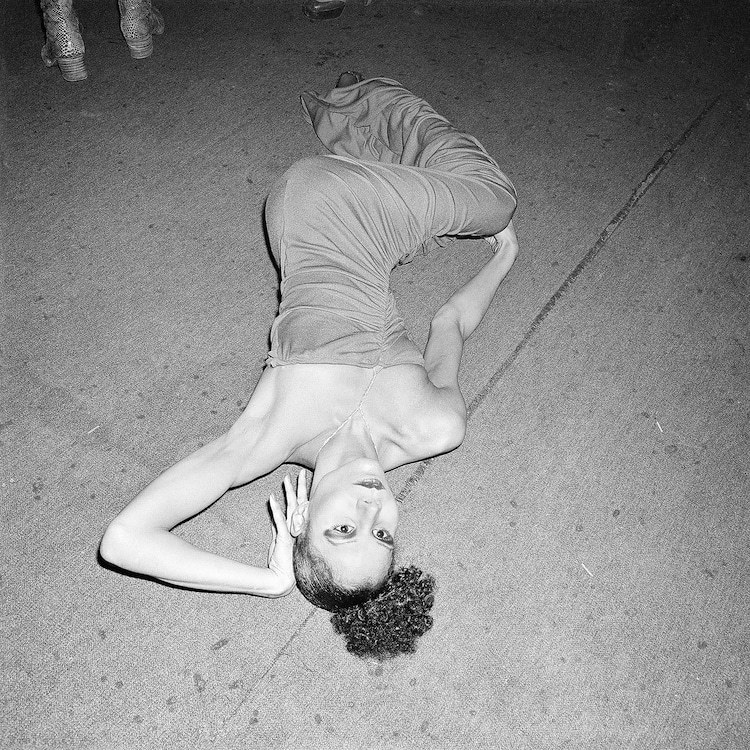 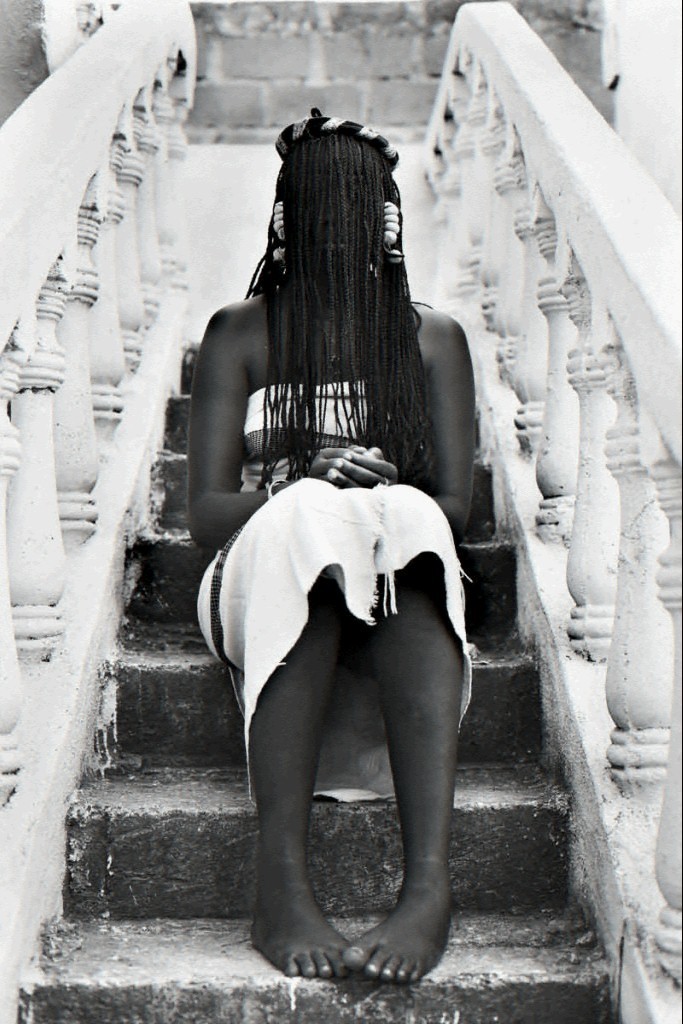 Fatima Bocoum is the founder of OpenLetr, a feminist blog with the mission to break societal and cultural boundaries to empower women to speak out and make better daily choices. A Chinese-born Malian citizen, Bocoum grew up in Libya, Saudi Arabia, and Mali. Born to a family of diplomats and one of the most selective tribes in Africa that perpetuates consanguineous marriages of teenage girls, she realized at a young age that cross-generational divides with respect to socio-cultural dynamics leave many women unfulfilled given their inability to make choices solely based on their will. And as a survivor of sexual violence, she made it a personal mission to enable women to live unwaveringly and empower one another.

Malian portraitist and social photographer, Fatoumata Diabaté’s work focuses on women, younger generations, and the transmission of Malian tradition with recurring use of everyday objects, masks, and cloths. Diabaté is a renowned Malian photographer, who participates in collective and individual exhibitions globally with several awards won including the Africa Prize from the French Association for Artistic Action (AFAA) at the 2005 edition of the African Photography Meetings in Bamako for her work Touaregs in Gestures and Movements.

Joanne Leah is an artist based in New York City. Her photo-based work explores themes of sexuality, isolation, and identity. With each image, she creates a transcendent experience through a feeling of confinement and meditation, using contorted nude body parts, bold colors, and tactile materials. She uses common objects in unexpected ways while arranging the body, so it appears confusing or broken, ultimately transforming the image into a therapeutic symbol that is part of its own visual language. The images themselves become proof of a vulnerable act, between skin and viscera, exhibitionist and voyeur, public and private.

Meryl Meisler was born in the South Bronx and raised in North Massapequa, Long Island, NY. Inspired by Diane Arbus and Jacques Henri Lartigue, Meisler began photographing her family, friends and herself while enrolled in a photography class at the University of Wisconsin, Madison. In 1975, Meisler returned to NYC and studied with Lisette Model. After working as a freelance illustrator by day, Meisler started frequenting and photographing the infamous New York Discos. As a 1978 CETA Artist grant recipient, she created a portfolio of photographs exploring her Jewish identity for the American Jewish Congress. After CETA, Meisler began a 31-year career as a NYC Public School Art Teacher. Upon retiring from the NYC public school system, Meisler began releasing large bodies of previously unseen work. Meisler’s first monograph A Tale of Two Cities: Disco Era Bushwick (Bizarre, 2014) received international acclaim. The book juxtaposes her zenith of disco photos with images of the burned-out yet beautiful neighborhood of Bushwick, Brooklyn in the 1980s. Her second book, Purgatory & Paradise SASSY ‘70s Suburbia & The City (Bizarre, 2015), contrasts intimate images of home life on Long Island alongside NYC street and nightlife.

Nigerian-American artist, Dawn Okoro lives and works in Austin, Texas. Her primary areas of focus are painting, video, and wearable art. She received a bachelor’s degree in psychology with a minor in fashion design from the University of Texas, and a law degree from Texas Southern University. Her desire to become an artist spawned from a love of fashion illustration, photography, and design. Okoro was selected for the Contemporary Austin’s 2018 Crit Group. Her work has been featured in Forbes and Drawing Magazine. She has shown at the Texas Biennial, The George Washington Carver Museum in Austin, New York University, and the MoCADA Museum in Brooklyn.

Tana Torrent (Gayle-Reveault) is an English-born artist. Studying and growing up in London provided plenty of artistic stimulation. Tana moved to Paris around the age of 19, where she continued her independent studies with a focus on photography. In Paris, she began exploring galleries alongside her mentor, who continued supporting her craft, as she debarked in New York. Tana currently resides in Brooklyn, NY, works in photography, and has ventured into painting as a means to manage and express her emotional experiences.

Artist, journalist, and designer, Irina Tsypilova was born in Crimea, she studied at the Art Lyceum in the city of Sevastopol (2002) and the University of Humanities in St. Petersburg (2006). Since 2011, she has been living and working in Vienna (Austria). Tsypilova uses different styles that are heavily graphics-based. Her first series of work remained within the monochromic boundaries. Since then, she experimented, mixing different techniques from collage and graphic to mosaic and drawing. Each project is an exploration, a combination of incompatible parts to create an image and convey an emotion. The latest experiments are mosaics. When creating the paintings “Golden Nymph” and “Josephine” more than 10,000 layers were used.

Nichole Washington is a visual artist working and living in New York. In 2016 she graduated from the School of Visual Arts, where she earned a master’s degree in digital photography. Since earning her degree, Nichole has been creating mixed media works exploring women’s identities and the state of empowerment. Nichole’s work is featured in the inaugural issue of MFON: Women Photographers of the African Diaspora. She has exhibited her work in galleries around the United States including at the Charles H. Wright Museum of African American History. Nichole has led workshops at the Lower East Side Girls Club and at 29Rooms as an Artist in Residence.