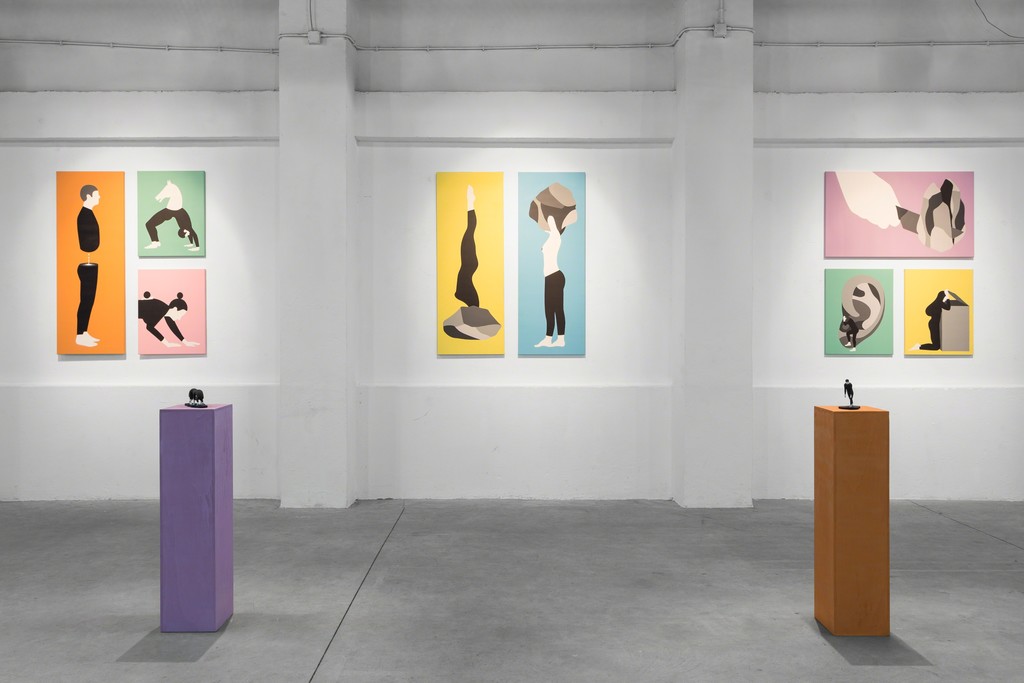 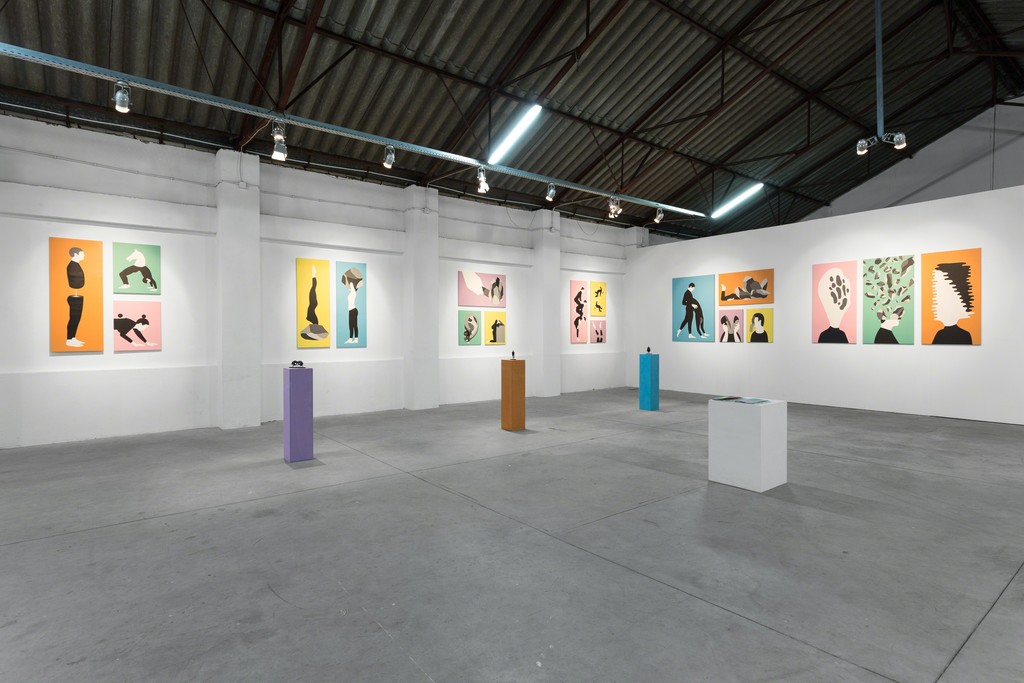 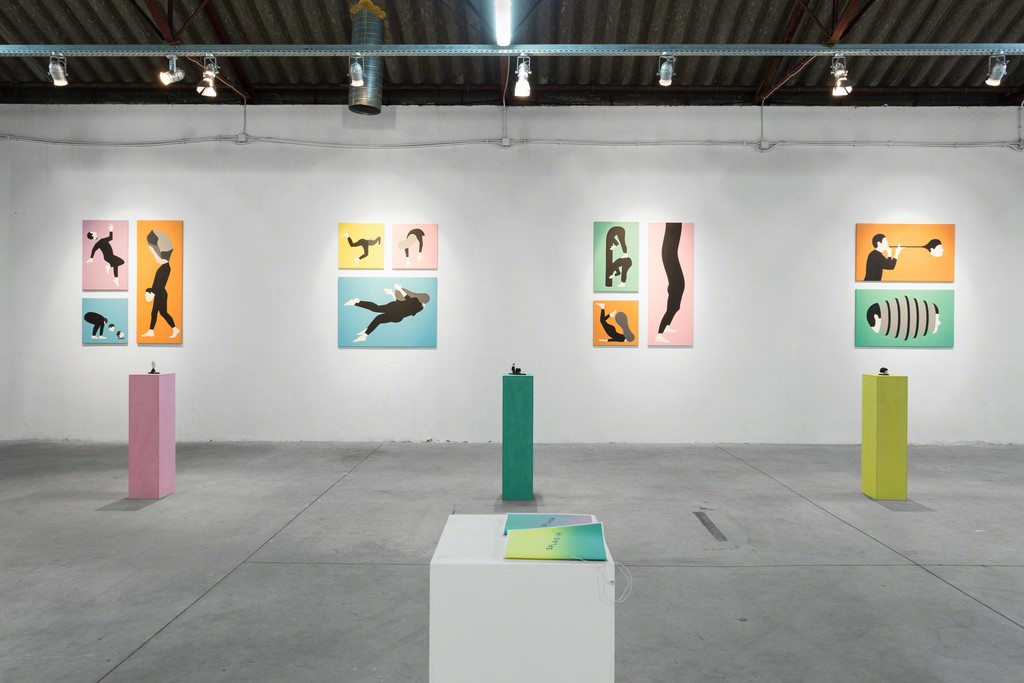 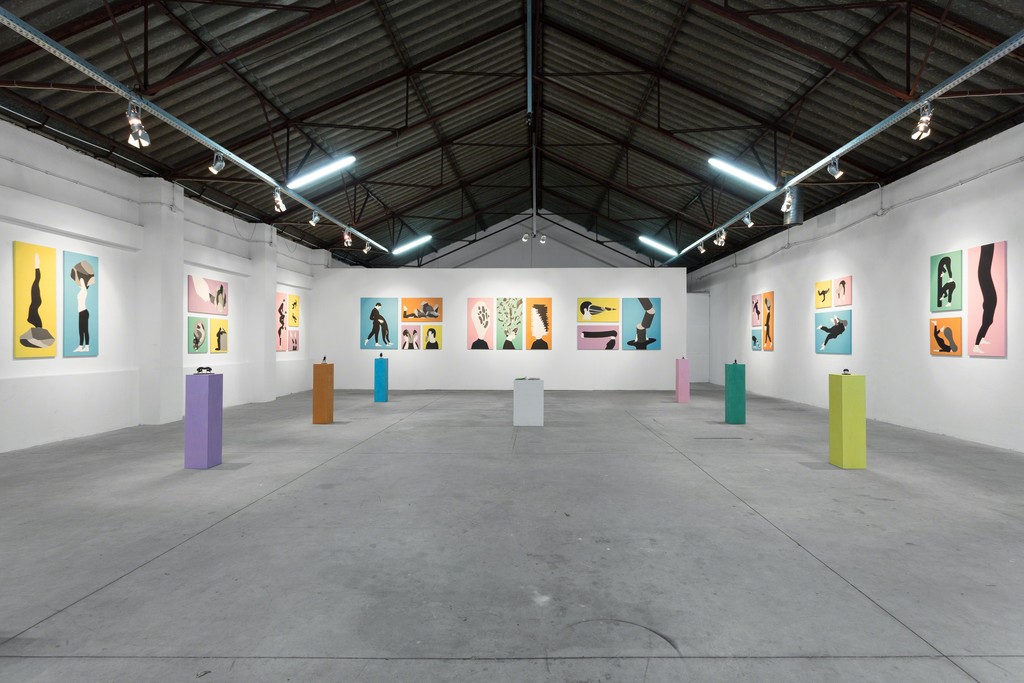 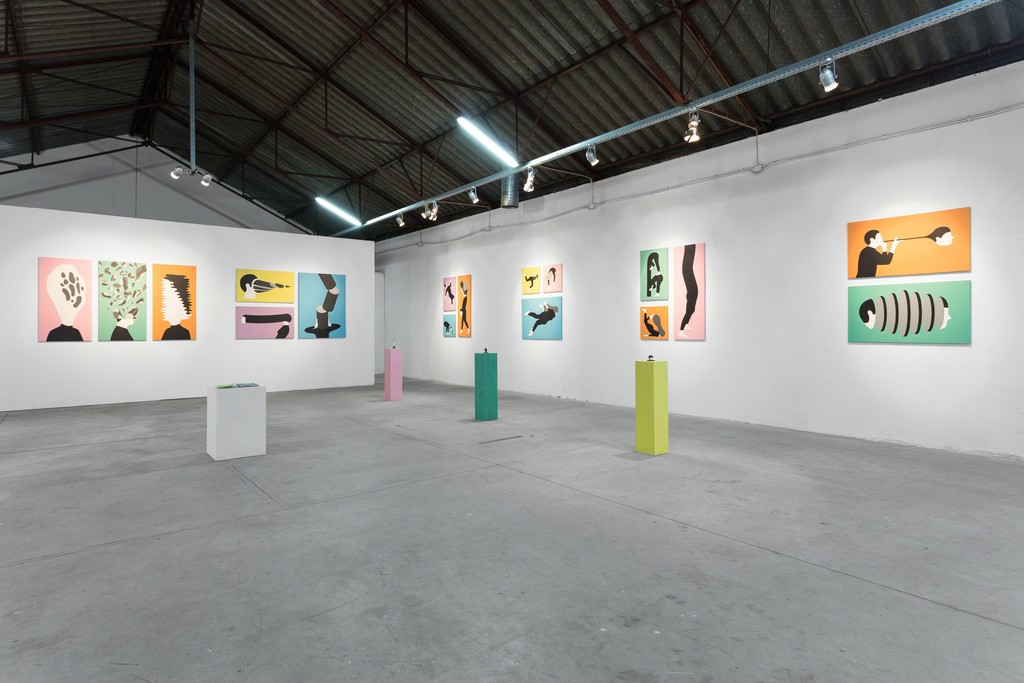 “A pedra e o charco” is a staging of visual multiples, convergent or divergent, complementary or opposite, disposed openly in the gallery space, where viewers are invited to trace their own narrative route, to let themselves be carried by the interpretative possibilities contained in the elements presented by the artist, so as to compose, in either an intuitive or pondered way, their own stories.

According to André da Loba:

“Thirty-two panels, six sculptures and one book. Individuals in convergence. Here, distant instants are grouped into fortunate coincidences. Or unfortunate. Improbable relationships that either converge or diverge. Quotidian feelings that move in the direction of a new understanding between the ordinary and the extraordinary.

This exhibition proposes multiple interpretations. A city that can be covered by way of small groups, the neighbourhoods. Or by way of colours, or bizarre inhabitants or random steps. Or even dancing. A beginning of a comic book questioning the limits of illustration. Art?

Since you’re here, throw some stones into this pond. Disturb its smooth surface. Observe thus the interior of these characters as if it were your own: free fall, flight, volcano, explosion, silence, reflection, aggregation, dissolution. Dreams, disillusionments, perhaps love, some pain, the stone, the pond.

What I hope is that with this you’ll want to create worlds as strange as they can be. That when you come by you’ll bring something new and take with you a unique, unrepeatable story.”