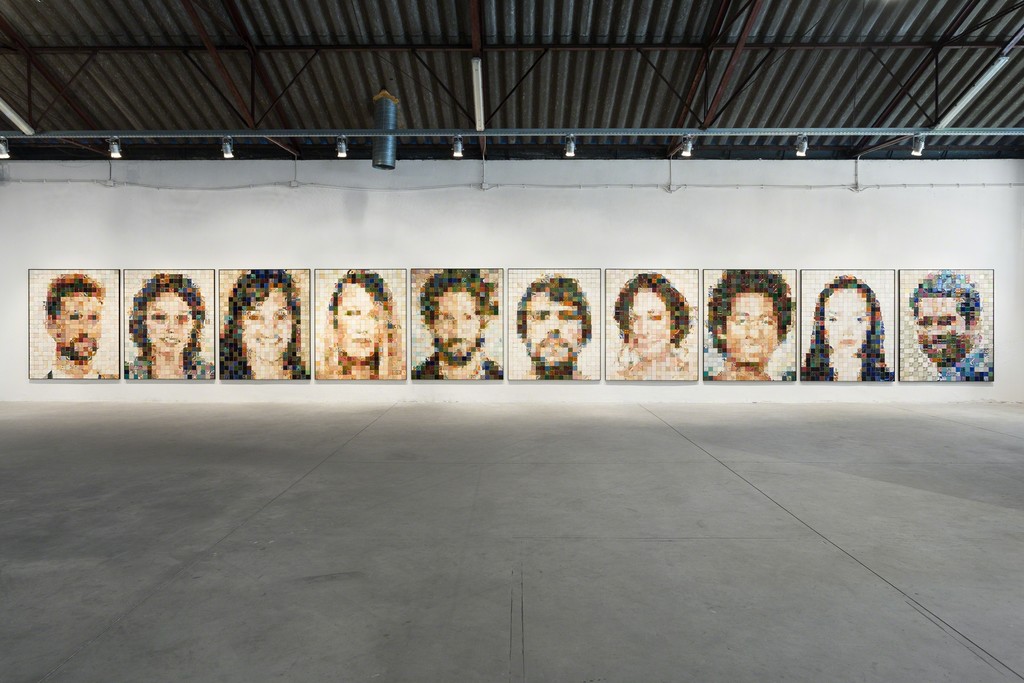 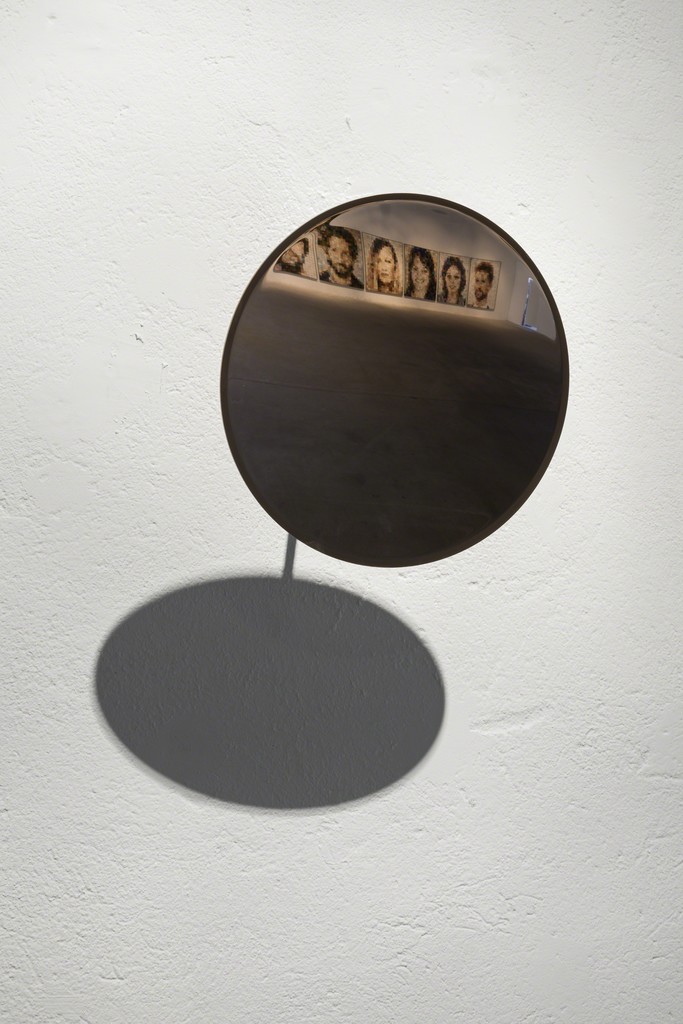 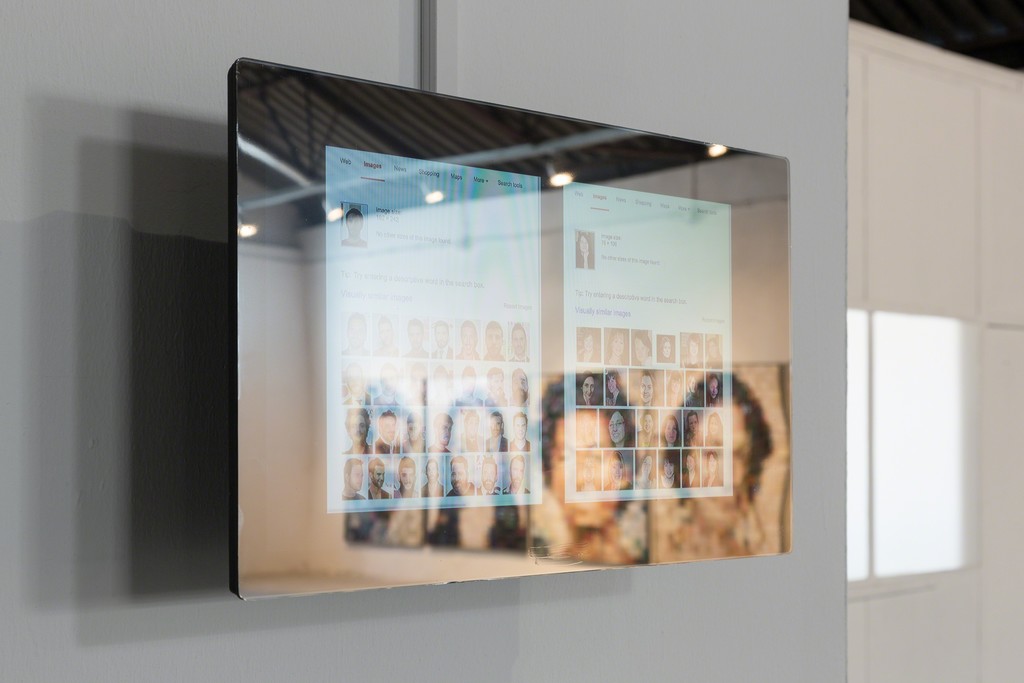 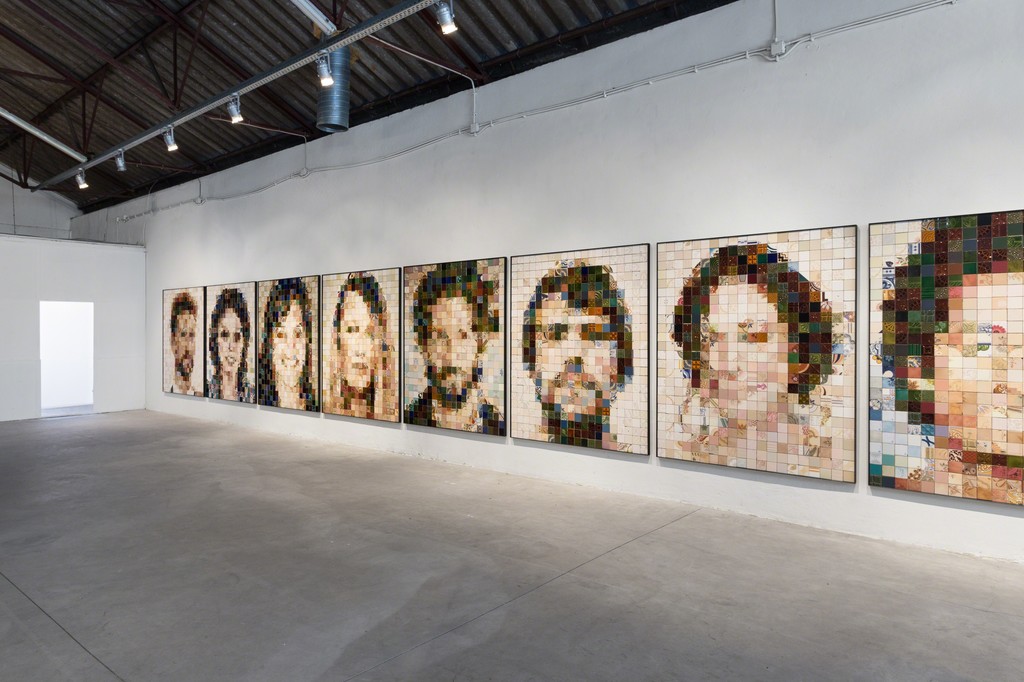 Underdogs Gallery is proud to announce a new exhibition by Pedrita Studio in Lisbon, Portugal.

Best Guess for this Image: is the result of the work of designers Pedro Ferreira and Rita João, who develop here an aesthetic and investigative reection on issues of identity, image reproduction, portraiture, self-portraiture, reection and projection of the self, based on an original image construction technique that resorts to reused industrial tiles (openly exploring an entire wealth of Portuguese material culture) in order to produce singular compositions created from independent units following the principle of the pixel or photographic grain.Exploring equally the topics of systematisation of visual information, data processing, calculation and automated reasoning, Best Guess for this Image: is a reection of a systematic search for images of the authors themselves in the vast online universe with recourse to a search engine, the results of which, in the impossibility of nding an exact match, present unexpected, curious or even absurd alternatives, reproduced here in associations of pairs.Oering a pantheon of new Pedros and Ritas taken from an algorithmic association of forms, colours and facial recognition, this conjugation of diverse results brings forth a universe of reproductions that subverts the principle of the practice of portraiture while also confronting us with issues that explore the degree of abstraction of the image and the asymmetry between the idea we hold of our own identity and that which may be held by others.The exhibition will also be accompanied by the production of a large-scale mural intervention in Lisbon and the release of a special edition – details to be announced soon.