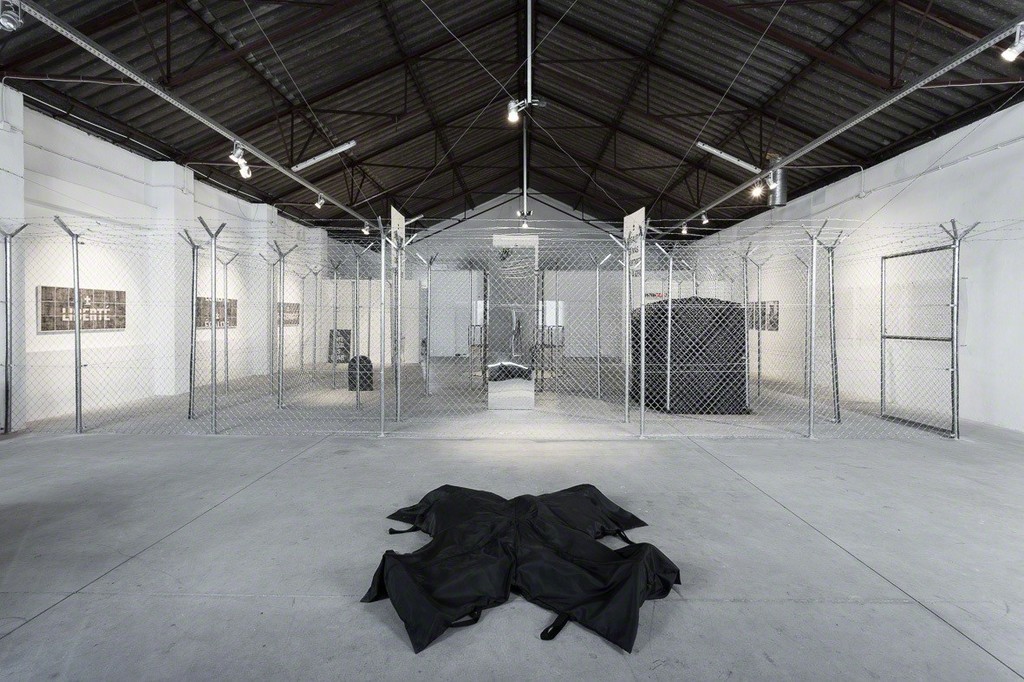 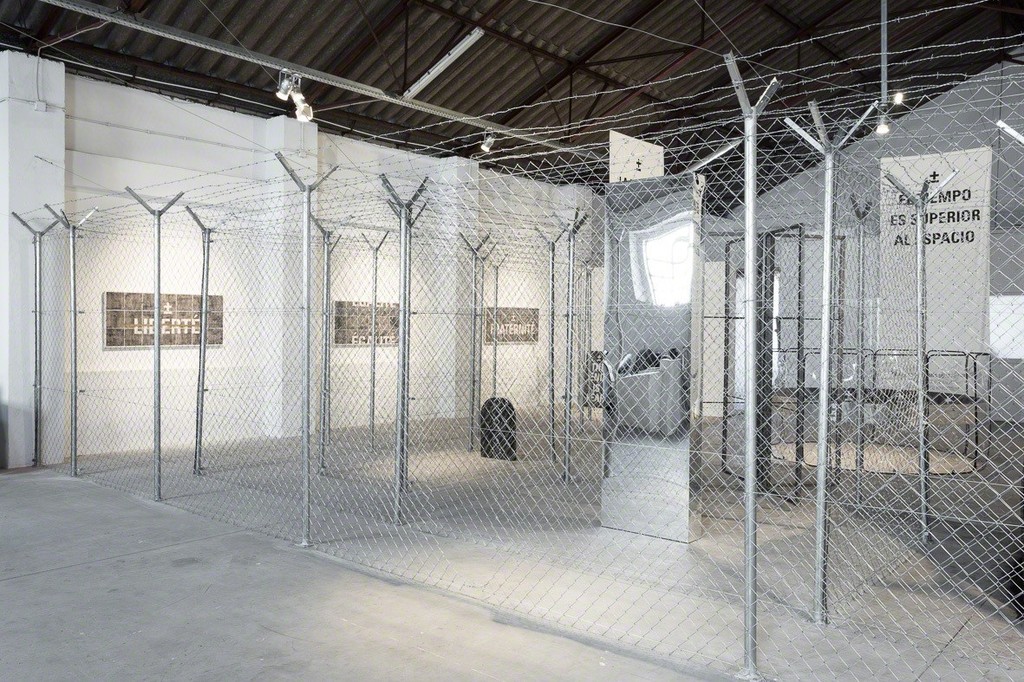 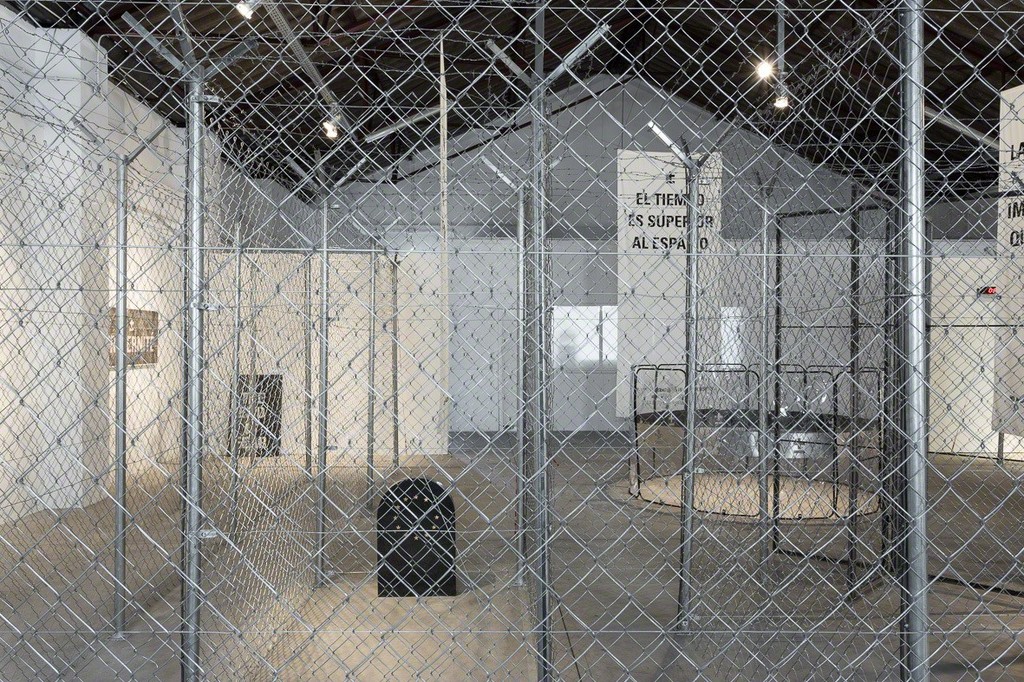 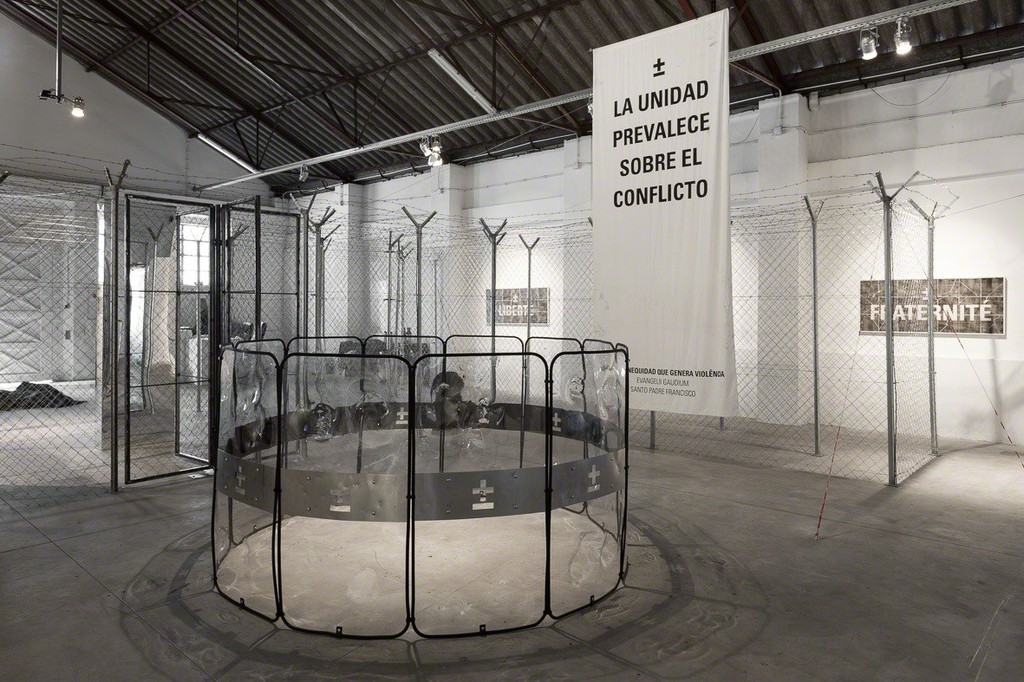 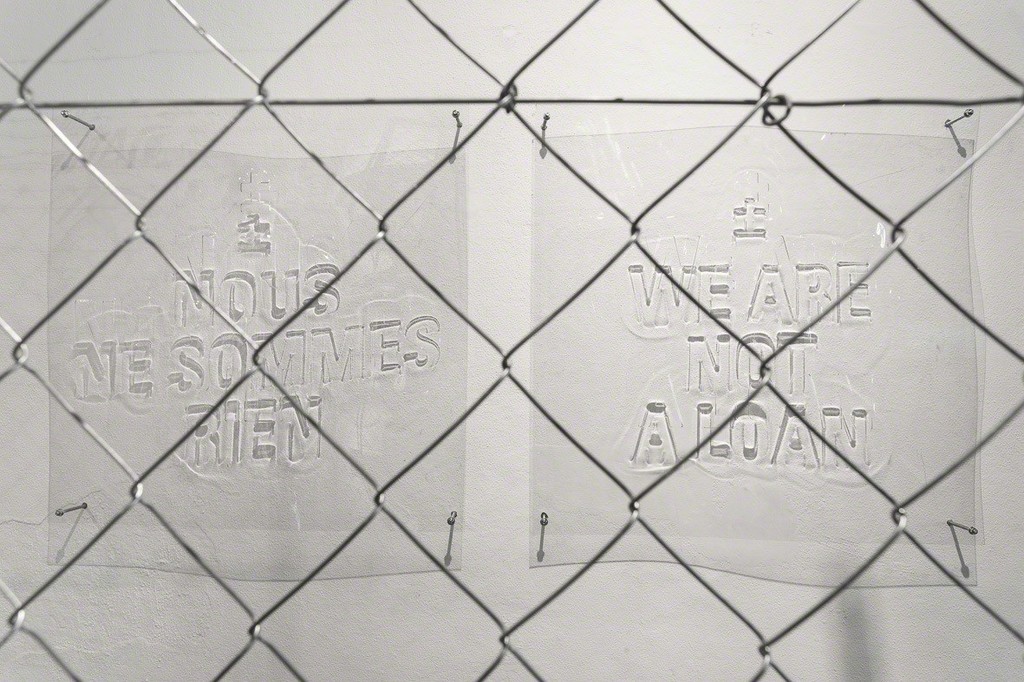 O Princípio do Fim* is presented as a confronting reflection, a territorial composition that exposes to the viewer a contemporary world – libertarian, egalitarian, fraternal – in full upheaval. A vision which is not dystopian but real, an engaged critical analysis in face of the brutalisation of a supposedly democratic, humanitarian and affluent present viewed from a near future. An enactment that confronts us rationally and emotionally with the asymmetries, abuses and hypocrisies manifest in prosperous contemporary societies.

Creating an elaborate game of material and immaterial transpositions based on their shock-value, ±MaisMenos± highlights the valorisation of the human condition in its universal sense in face of the recent relativity affecting the consecrated principles that give shape to progressive societies and, in particular, to the European model. This beginning of the end thus juxtaposes concepts that were once clear but are now divisive such as tolerance, equity, citizenship, legality, human rights, territorial borders, migration, hospitality and integration with the violence of the policies of exclusion, the apathy, the insensitivity, the suspicion, the indifference in face of the abuse, discrimination and brutality, both institutional and social, that inflame the debilitating contradictions present in our cozy reality.

*(The title contains a play on the Portuguese word “princípio” that can mean both “beginning” and “principle” in English. It can thus be interpreted as both The Beginning of the End and the End Principle.)