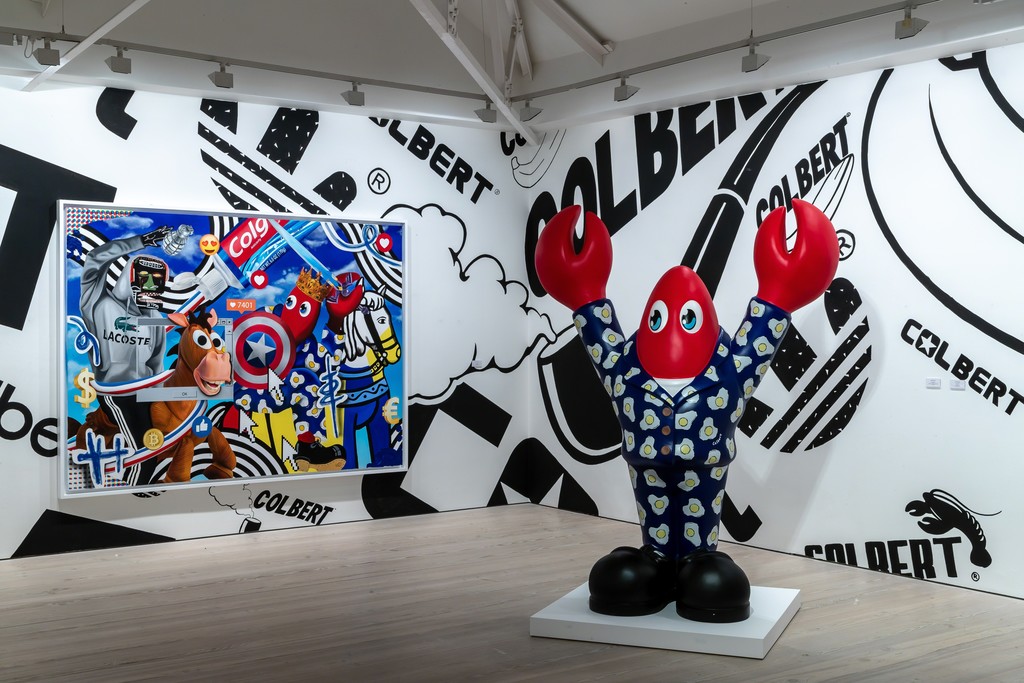 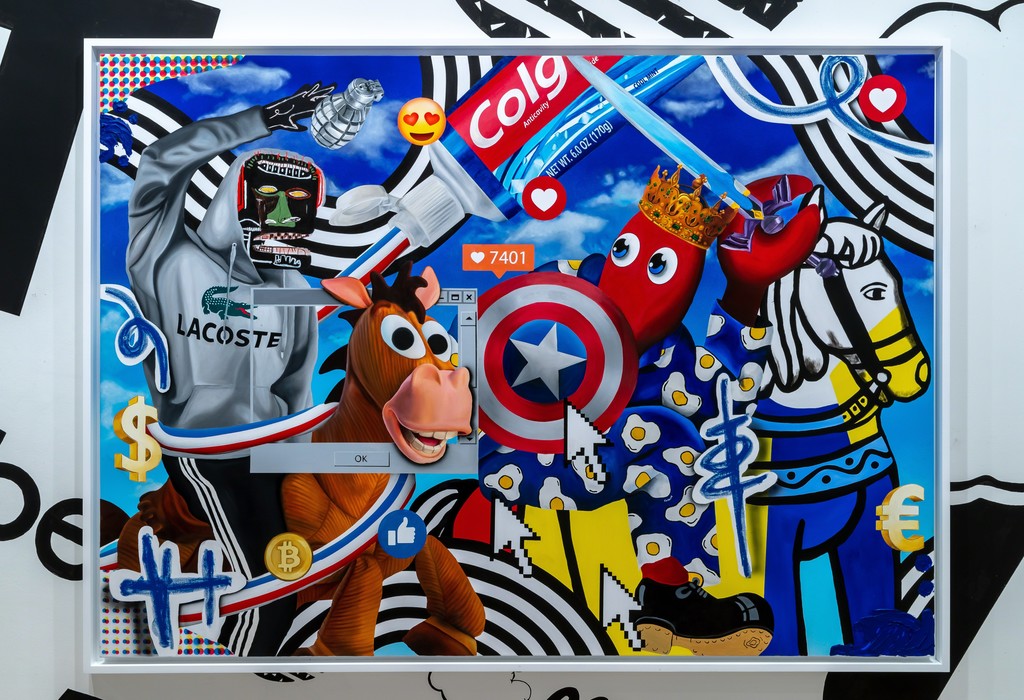 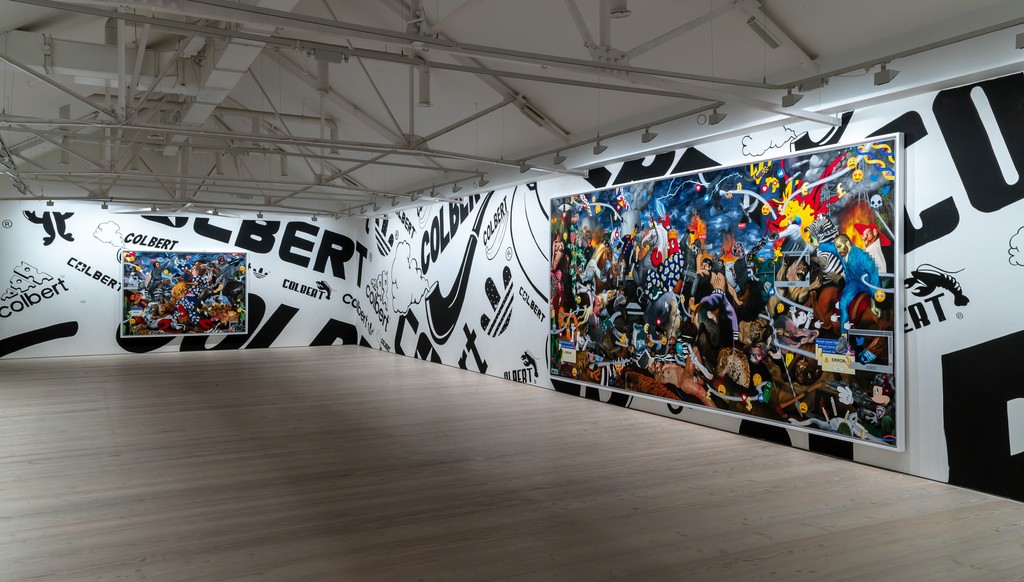 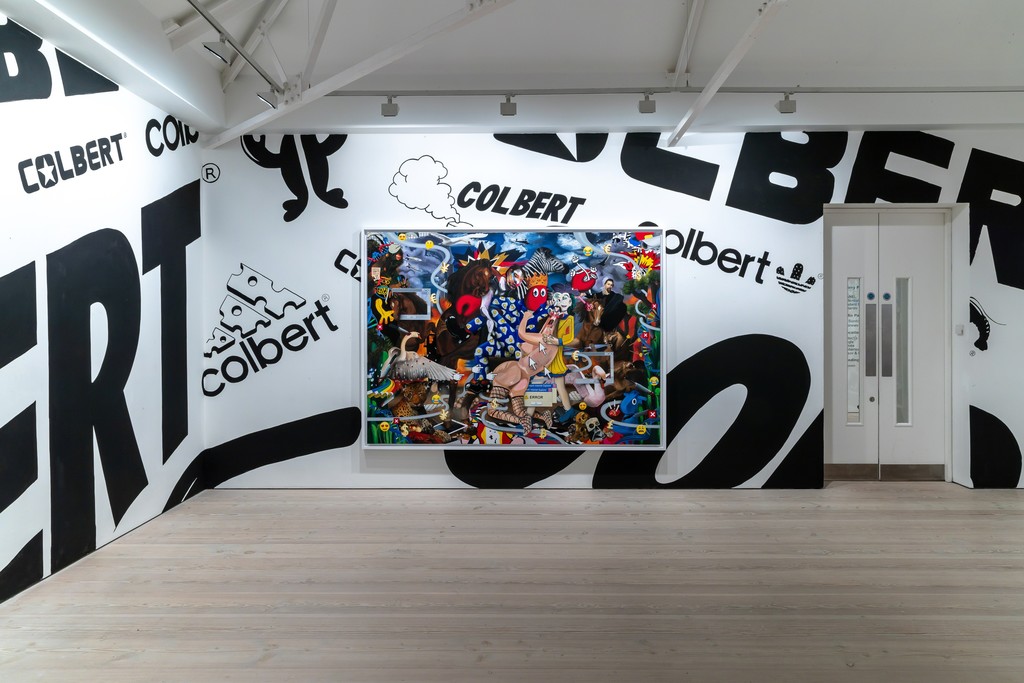 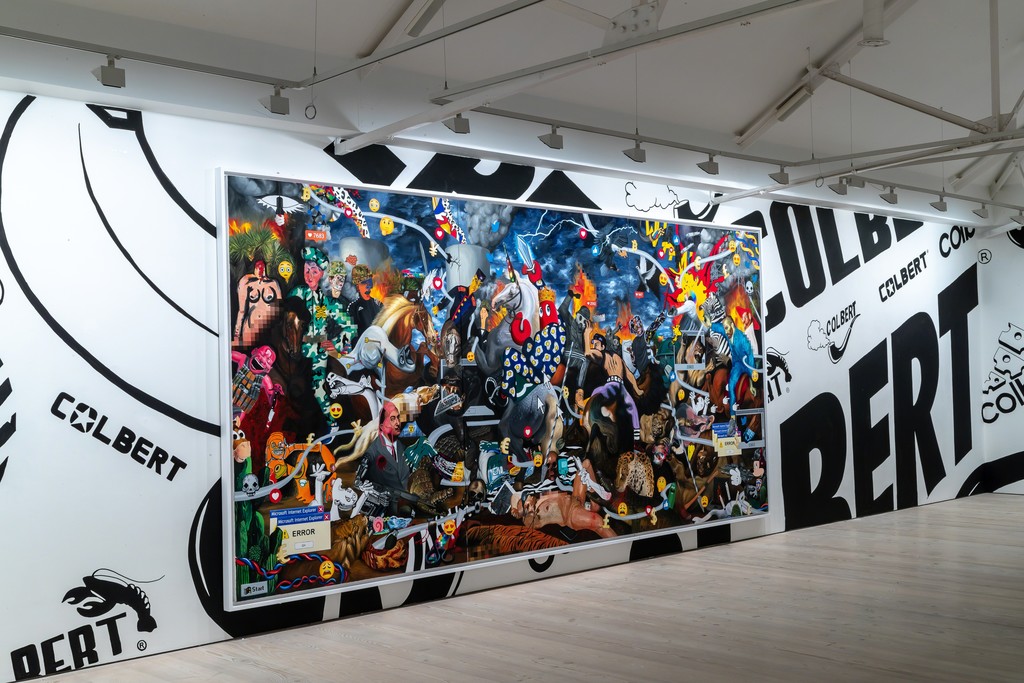 Colbert’s practice encapsulates the spirit of Pop Art through his humorous, colourful, and flamboyant creations. Described by Andre Leon Talley as “the Godson of Andy Warhol”, Colbert continues the dialogue of artists such as Richard Hamilton, James Rosenquist and Roy Lichtenstein. His multidisciplinary approach, with a focus on oil painting, updates the legacy of Pop Art collage for the internet age, pushing the boundaries of artistic imagery.

“I am very excited to be holding my largest show to date at Saatchi Gallery, in collaboration with the amazing team at Unit London. Saatchi Gallery is a brilliant platform for my new large-scale works, which reflect the hyper-saturation of our culture and our crazy, ferocious appetite for image consumption.” – Philip Colbert

The new vibrant canvases on show at Saatchi Gallery, including the monumental Hunt Triptych and Lion Hunt, maintain Colbert’s wildly exuberant style, while alluding to the compositions of Colbert’s artistic predecessors. Colbert’s ability to reference the epic narratives and heroic configurations of the Old Masters, from Reubens to Van Dyck, while presenting topical themes around digital media and contemporary consumer imagery, place him in a unique and influential position – from which he is able to simultaneously comment on the world around him and maintain a connection to the influence of those that have come before him.

The oil paintings challenge and toy with the viewer’s cultural vocabulary, superimposing commonplace banal objects onto painted faces and merging portraiture with popular culture in a Magritte-like fashion. Colbert’s works are frequently narrated by the distinctive personality of the artist’s lobster alter ego, he states, “I became an artist when I became a lobster”. A monumental lobster statue will feature in the Saatchi Gallery exhibition, alongside a lobster army, bringing to life Colbert’s artistic personality.

Hunt Paintings marks Philip Colbert’s return to Saatchi Gallery after his first painting exhibition was on display there over a year ago. Over this time Colbert’s intricate and complex works have garnered international acclaim and media coverage. In August 2018 he participated in Unit London’s iconic Looking For U group show, and has since held exhibitions at The Power Long Museum in Shanghai, China and MOCA (Museum of Contemporary Art) in Chengdu, China, Galerie Nichido in Tokyo, Japan and the Kasama Nichido Museum of Art in Kasama, Japan.