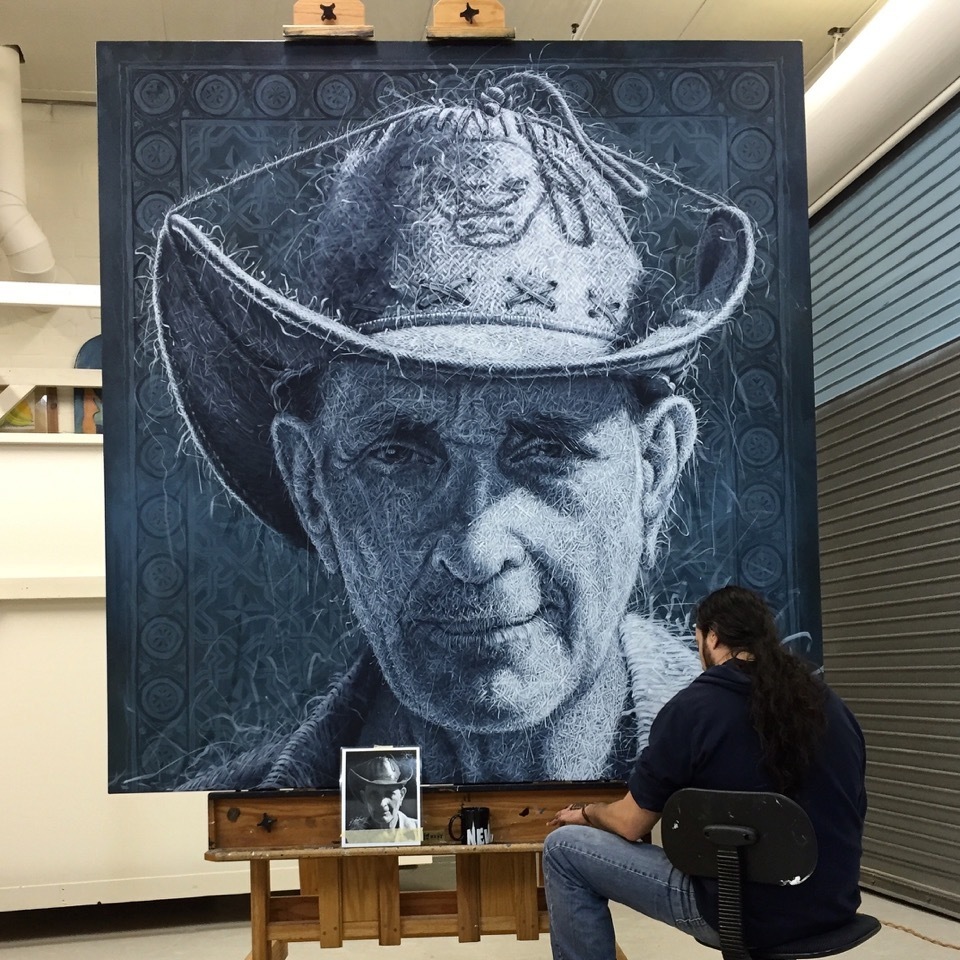 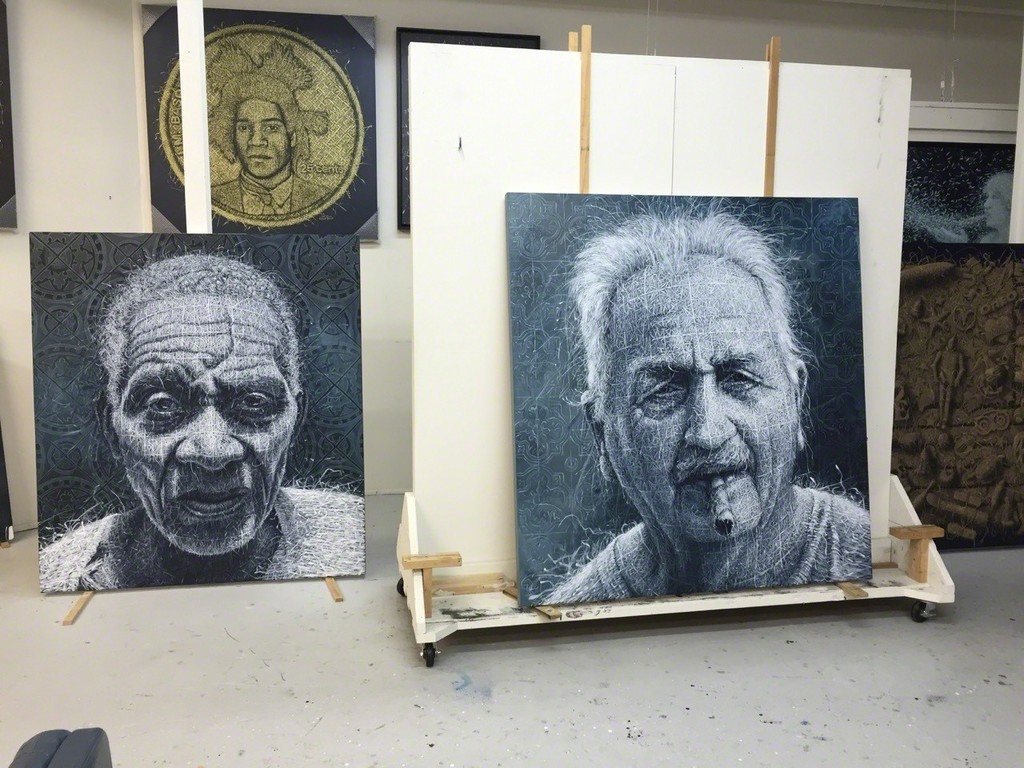 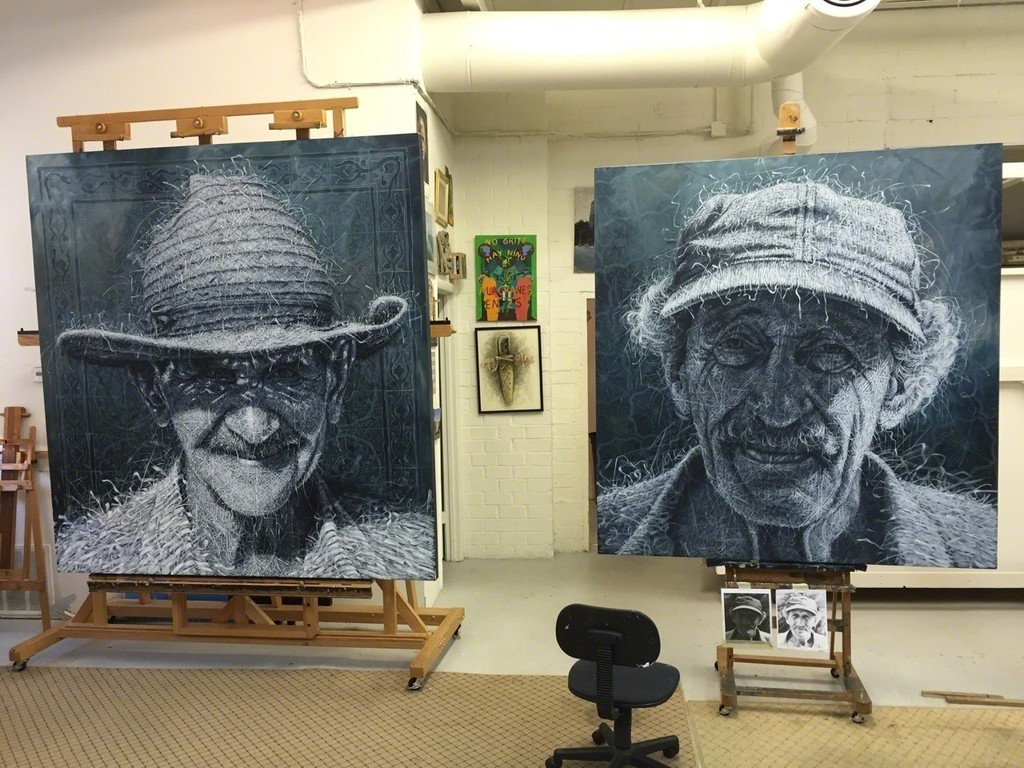 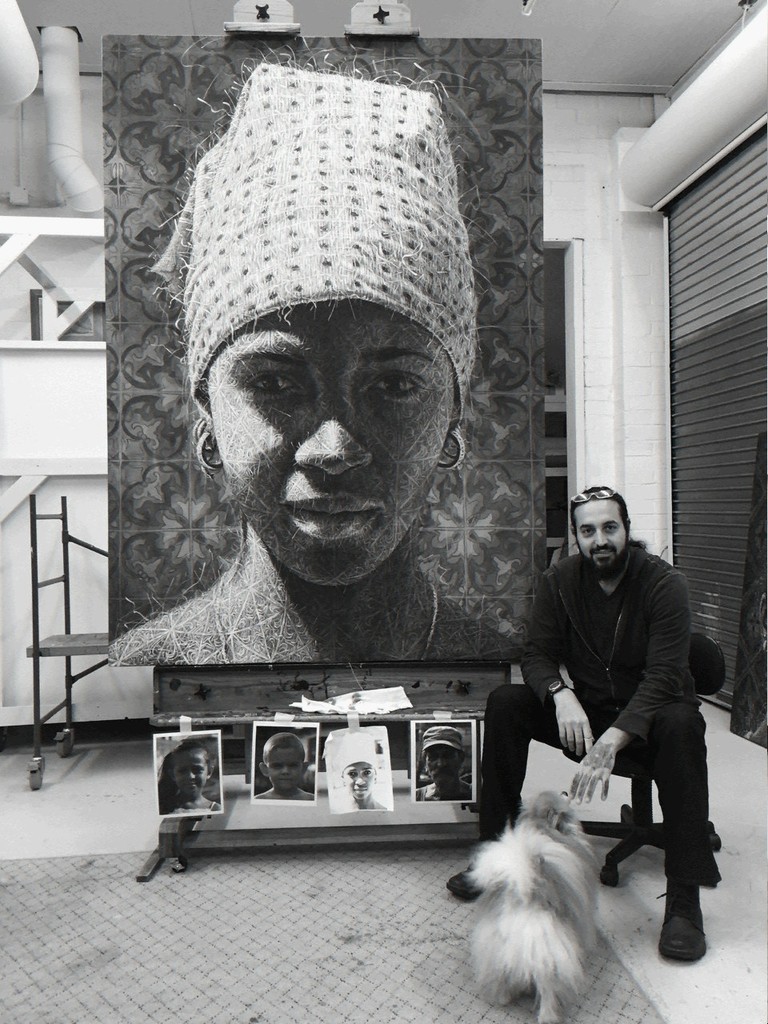 UNIX Gallery is pleased to present “Sun Light,” a solo exhibition by Cuban artist Alexi Torres at our 532 West 24th Street location in New York. This marks his second exhibition with the gallery. “Sun Light” opens with a public reception on September 8 from 6 - 8pm and runs for five weeks.

The new body of work features portraits of Cuban nationals including friends and family from his homeland of the Bermeja village, 70 miles southeast of Havana. These striking paintings are a departure in subject matter for Torres, who is known for is large-scale cultural iconography and international symbology. Using his unique painting technique of reconstructing his subjects in a detailed, meticulous pattern inspired by the agrarian lifestyle of his friends and family, Torres has chosen a more intimate approach to capturing his subjects first with black and white photography. The result is a compelling, detailed artistic portrayal of how we are connected as humanity and strengthened by our inherent worth as human beings.

Torres chose black and white photography to capture each portrait lit by the sun. The natural light combined with the highlighted contours and lines of each subject’s unique features express the artist’s theme of unity, that we are both individual and simultaneously one with the whole of humanity. “The process of spending hours in front of the canvas studying their faces helped me open up to the humanity of each person I painted — father, neighbors, and friends.” There is no work that exemplifies this better than Sun Light - Ernesto. Replete with cigar and captivating stare, this 72 x 68 inch oil on canvas depicts the artist’s father. “It is my hope that those who view these paintings will make a similar connection and that even my friends and family will feel somehow liberated by the experience of seeing themselves outside of their confined lives in Cuba,” Torres explains.

For over a decade Torres has, “enjoyed the benefits and freedom of living in a democracy.” The artist conveys this universal theme in the intricately painted multi-layered basket weaving technique, which speaks to the economy and ecology of Cuba and its people. In light of the stringent governmental control of information, Torres’ elaborate portraiture captures the struggle and seeming impossibility for the average Cuban to see beyond the strife for life essentials, often taken for granted elsewhere. In Sun Light - Ronald, the artist depicts a local teenager. Capturing Ronald’s piercings (including carpenter’s nails in his lower lip) and Mohawk, Torres is able to communicate the intensity and frustration, and yet focus the viewer’s gaze on the subject’s vulnerability and humanity. “I could see an innocence and vulnerability behind their eyes,” he explains. “On a deeply personal level I felt interconnectedness with these individuals, which allowed me to bring their narrative to life not only for me but for the whole world.”