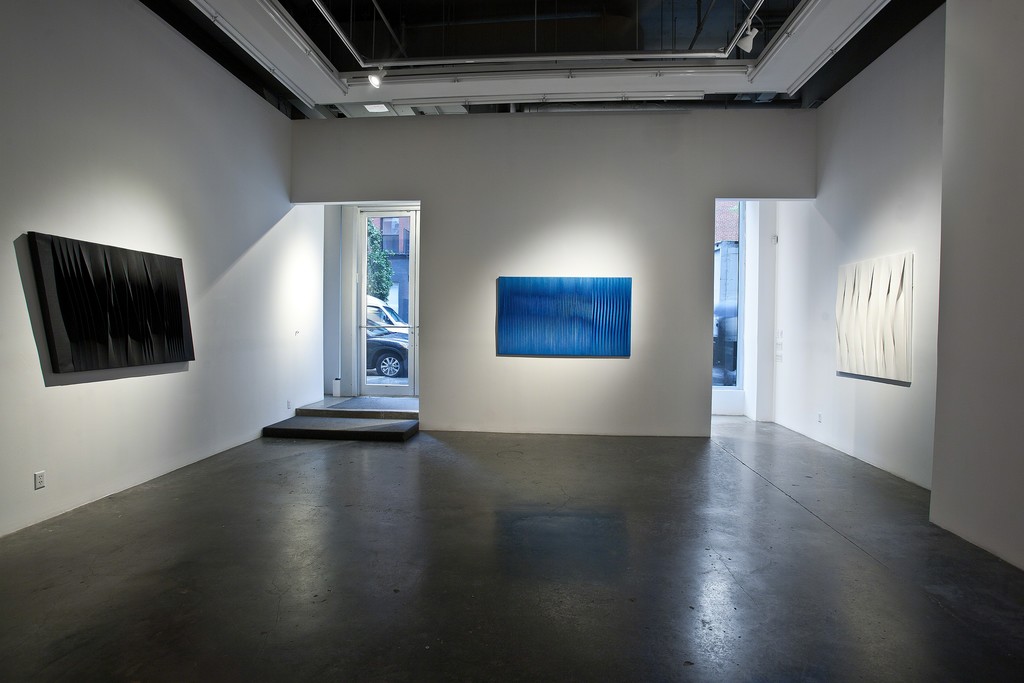 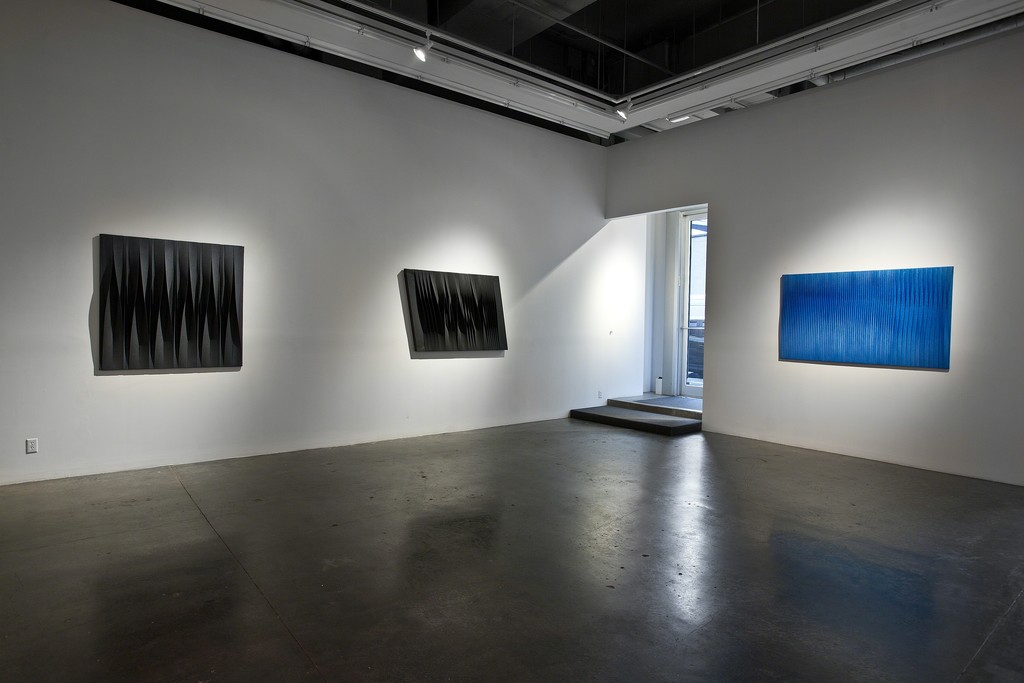 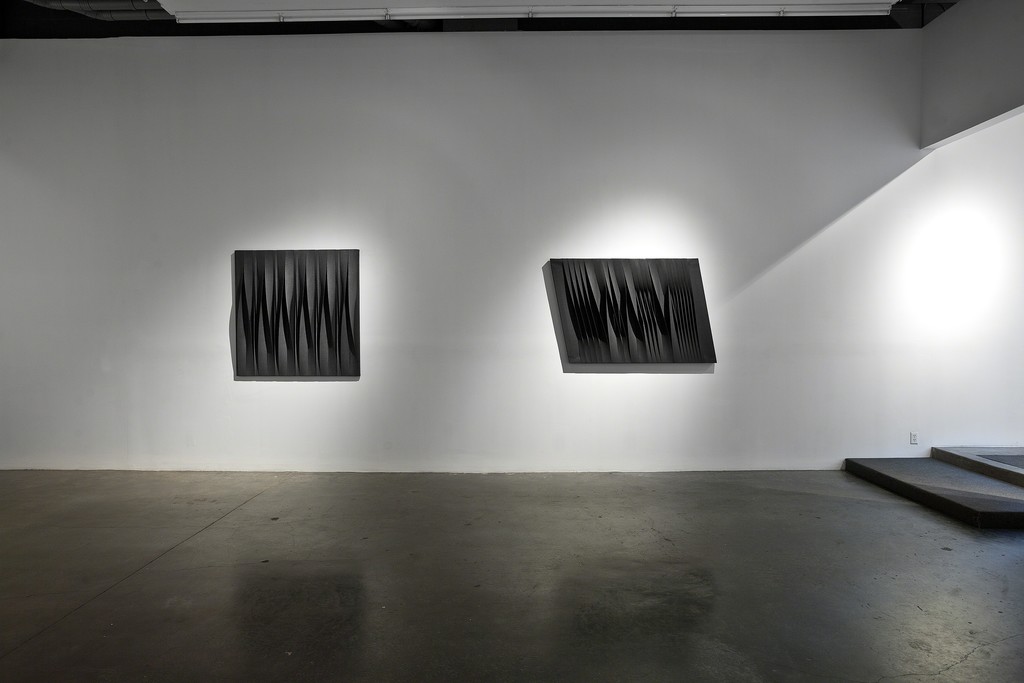 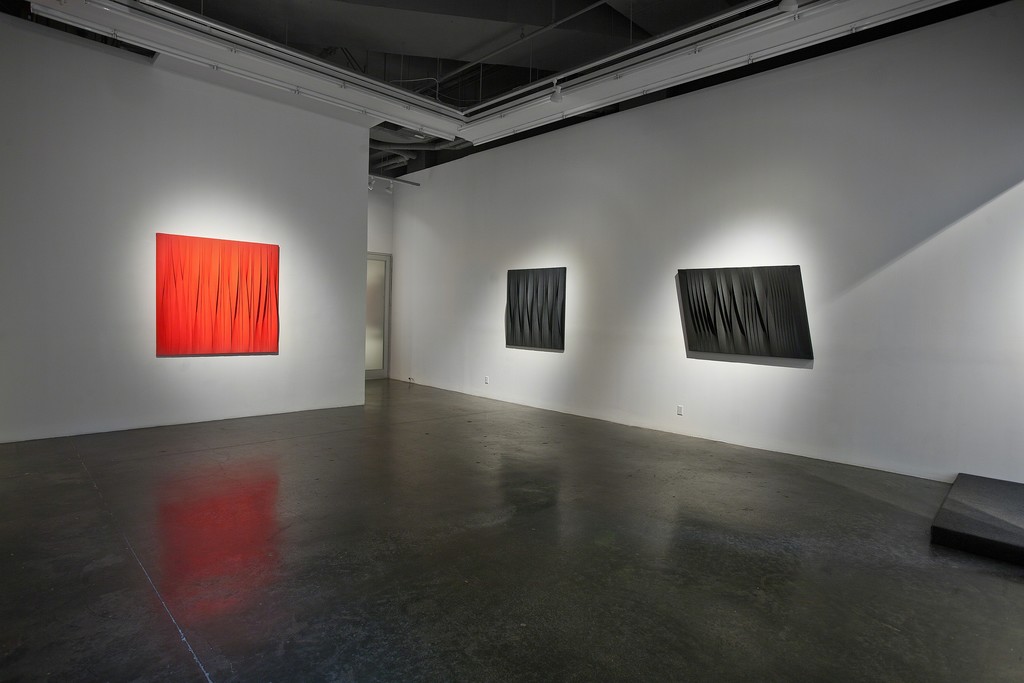 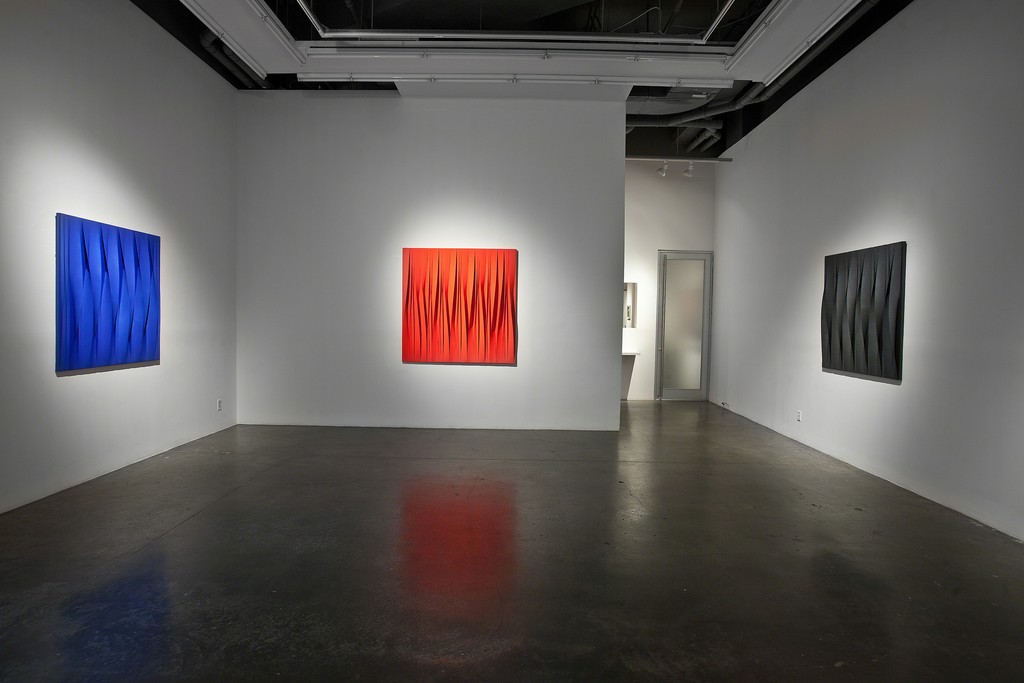 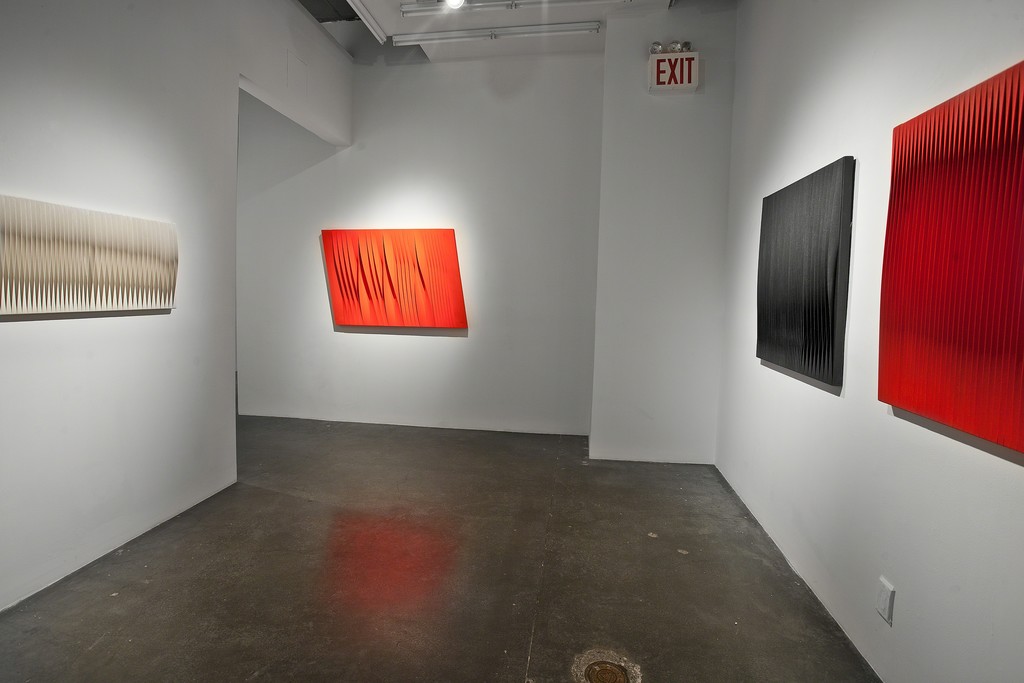 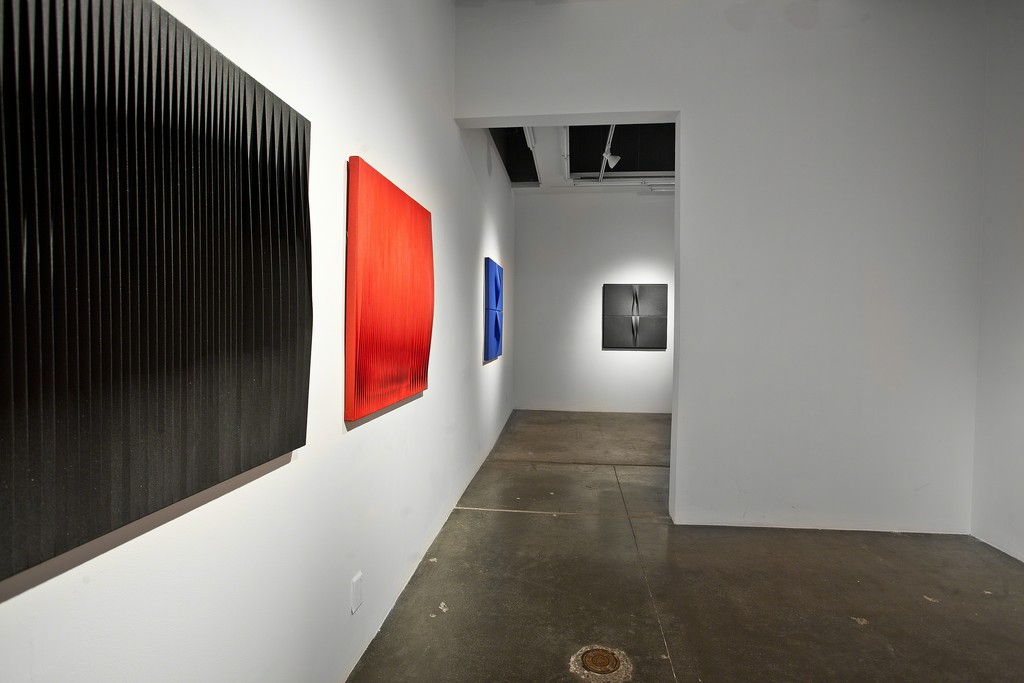 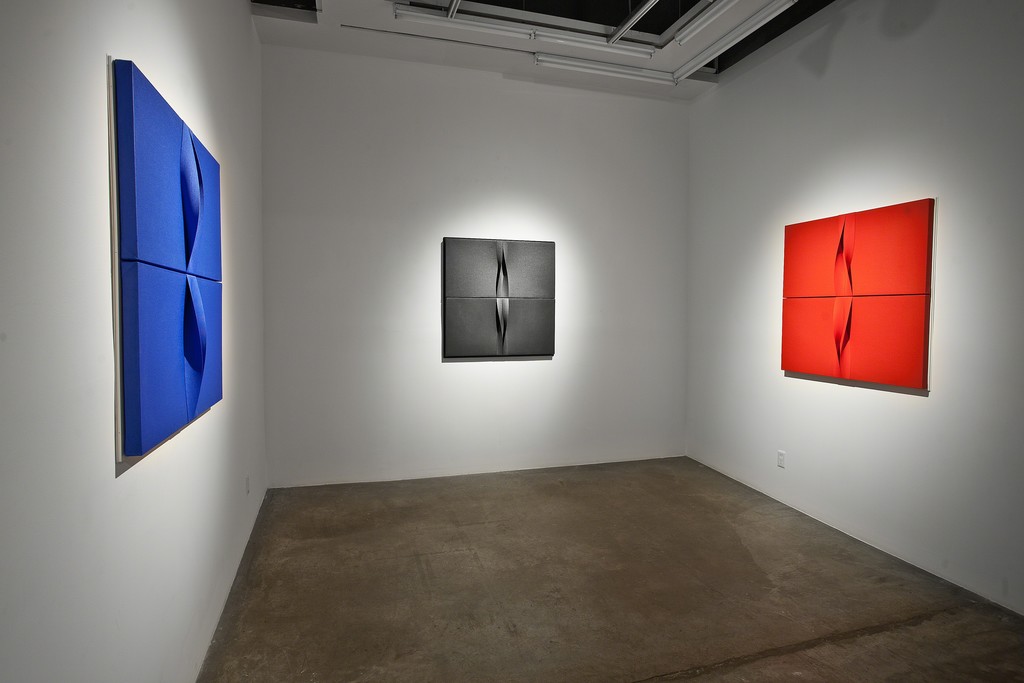 UNIX Gallery presents the US solo debut exhibition of artist Pino Manos. This is the artist’s first solo show with UNIX Gallery, 532 W 24th St. New York, NY, and is on view from October 22 - November 14. The opening reception will be held on Thursday, October 22, from 6 - 8 PM.

Pino Manos is known for his rich monochromatic works, which he embellishes with twisted strips of canvas. The addition of these matching pieces augments the canvas beyond a vehicle for the purely pictorial, opening up its sculptural possibilities. He evokes a dynamic drama with these estroflesso artworks by manipulating color, space, light, and movement across the seemingly everted canvases to create a sense of phantasmal synchronicity.

The artist explains, “the art of light shifts to the awakening of insight where ‘divine canvas’ is full of shapes, lines, colors and sounds of our ‘auric field,’” according to his Manifesto Dell’arte Della Luce (Light Art Manifesto). Manos’ work touches on the universality of our relationship with light and shadow and as “light artists...our task is the awakening of the creative genius that is in us to use the mind through frequencies that express the color of vibrations and forms in multidimensional and inter-spatial holography...”

Born in 1930 in Sassari, Italy, Pino Manos moved to Milan in 1951 where he attended both the Brera Academy of Fine Arts and the Cimabue Academy of the Fine Arts. It was during this time he befriended Lucio Fontana, Augustine Bonalumi, Roberto Crippa, Gianni Dova, Marino Marini, and Bruno Munari, all adhering to the movement of Spatialism. Far more radical, Manos’ works were considered a dynamic step in superseding the bidimensional limitations of the canvas.

Manos has been instrumental in the development of the Rigorismo movement, which includes renouned artists Enrico Castellani and Agostino Bonalumi. Rigorismo challenges the definitions and limitations of space and object within artistic media. As a movement, it is influenced by a philosophical language of existence, which, as defined by Rene Descartes, is reducible to space and movement. It is these themes that Manos and other Rigorismo artists challenge by interrupting the defined artistic spaces by manipulating canvas, metal, and other materials to create work out of space, itself.

Mano’s artwork has been featured in numerous solo and group exhibitions since he started exhibiting in the early 1960s. In 1962 he was invited along with Europe’s preeminent visual artsists at the time to participate in the “Manifesto ‘Europe 1962’ Painting and Sculpture” show organized by the New Vision Centre Gallery in London. He has been featured in international museums including the Museu de Arte Brasilera da Fundacào Alvares Pentaedo in Sao Paolo. Manos has been the recipient of numerous grants and awards, including the first prize of the Ex Aequo Scuola Grande di San Teodoro Concours (1966) and the Anthony van Dyck International Prize (2007).

The artist currently lives and works in Milan, Italy.