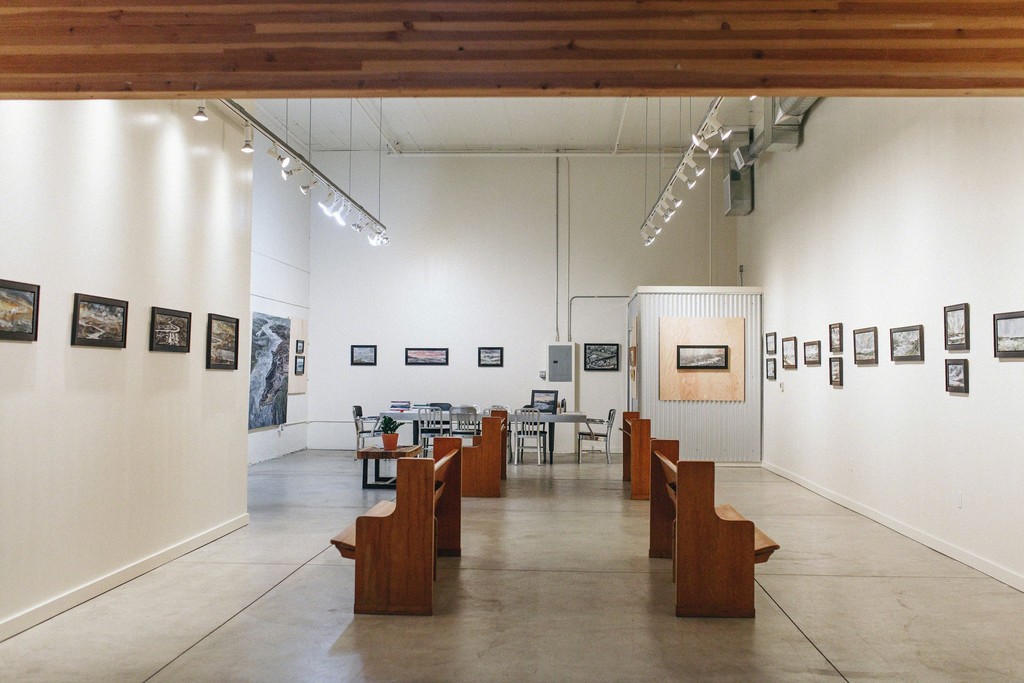 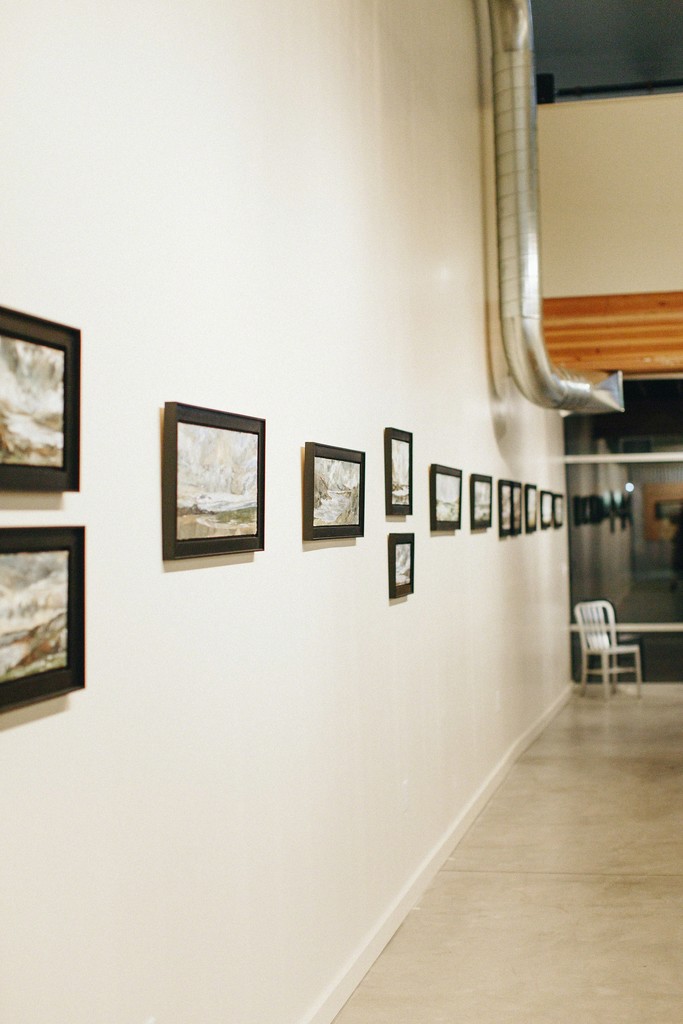 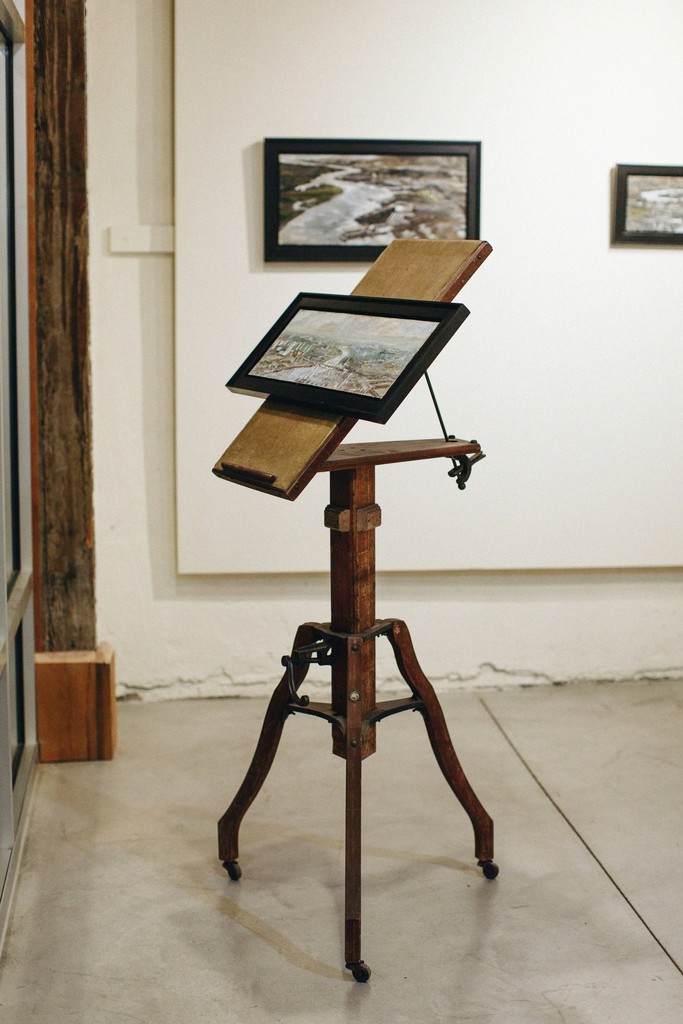 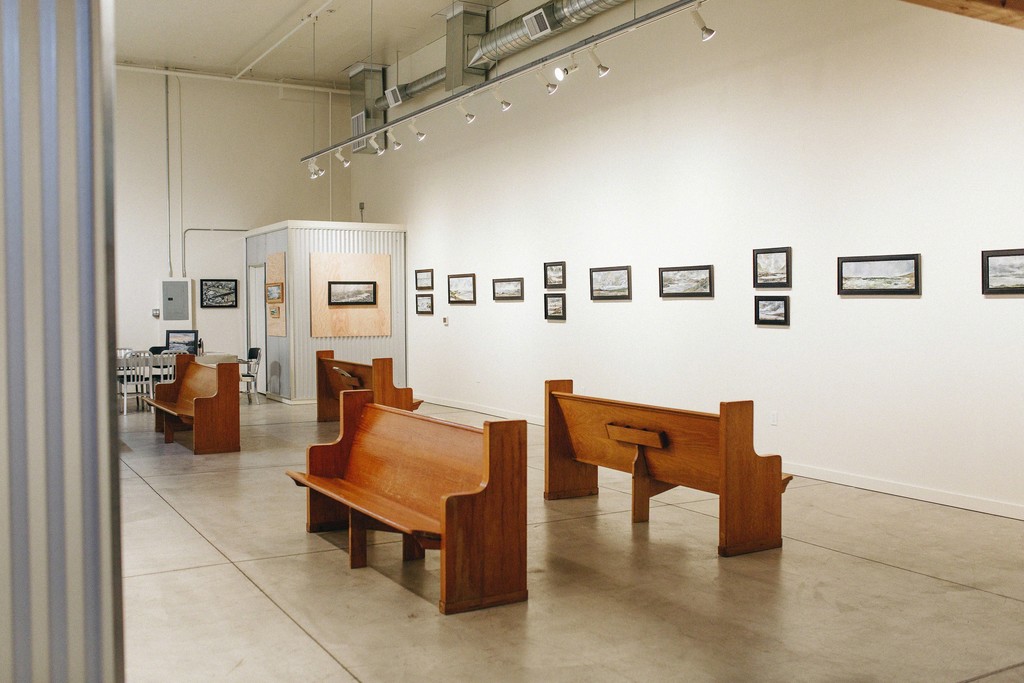 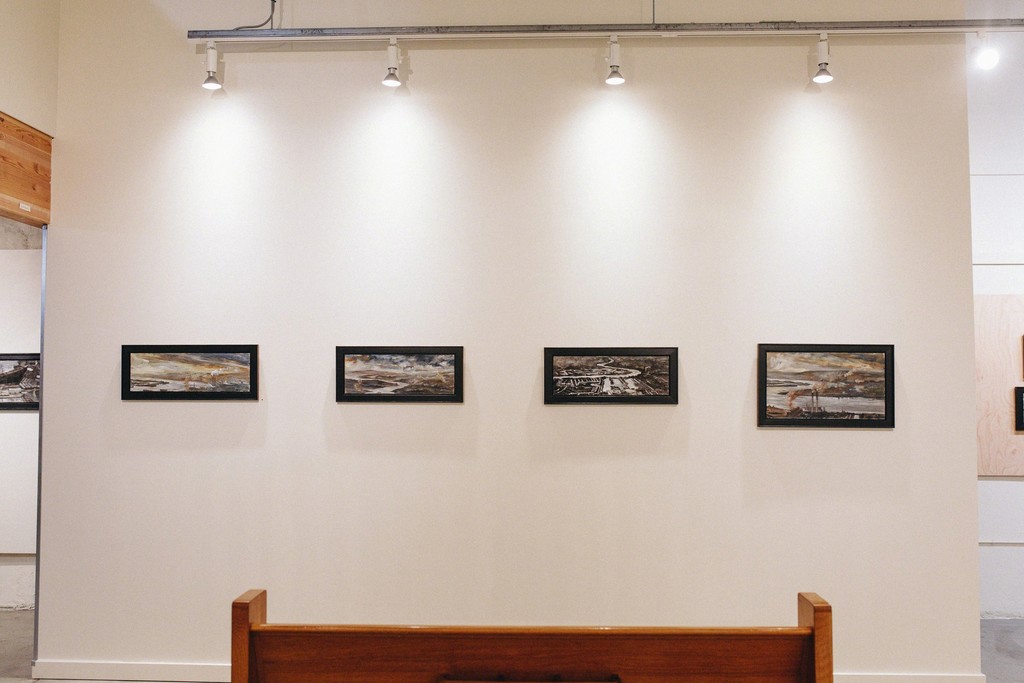 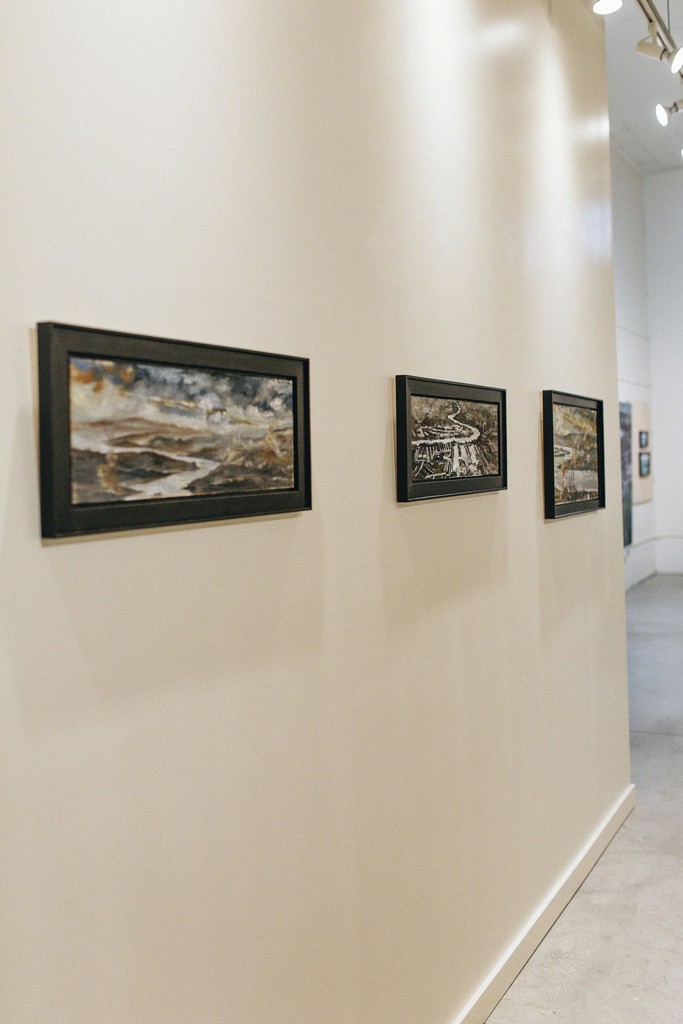 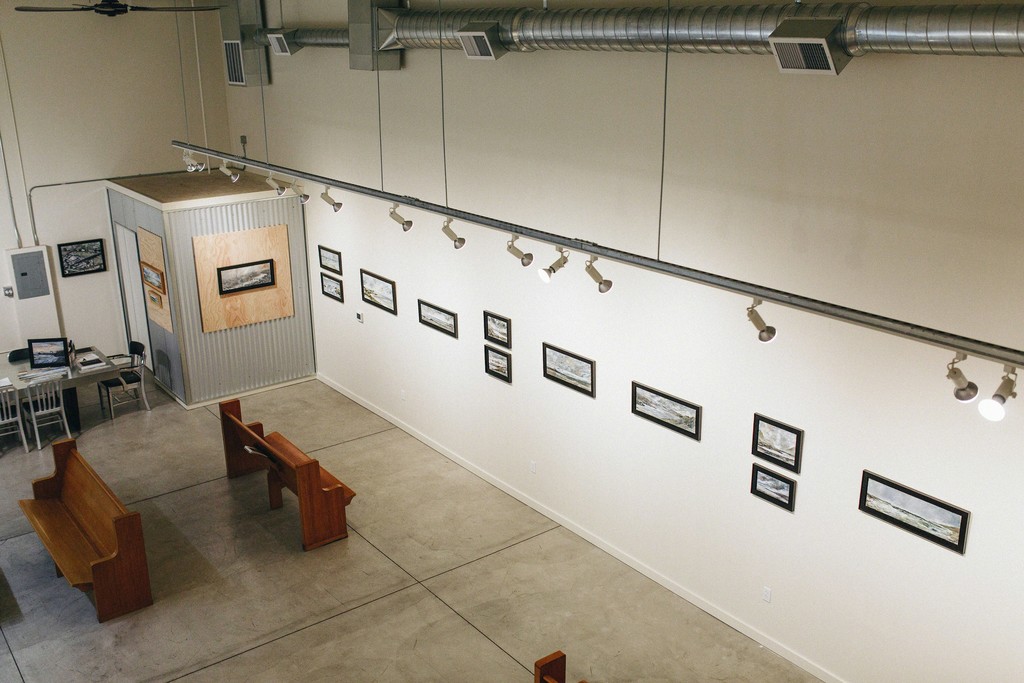 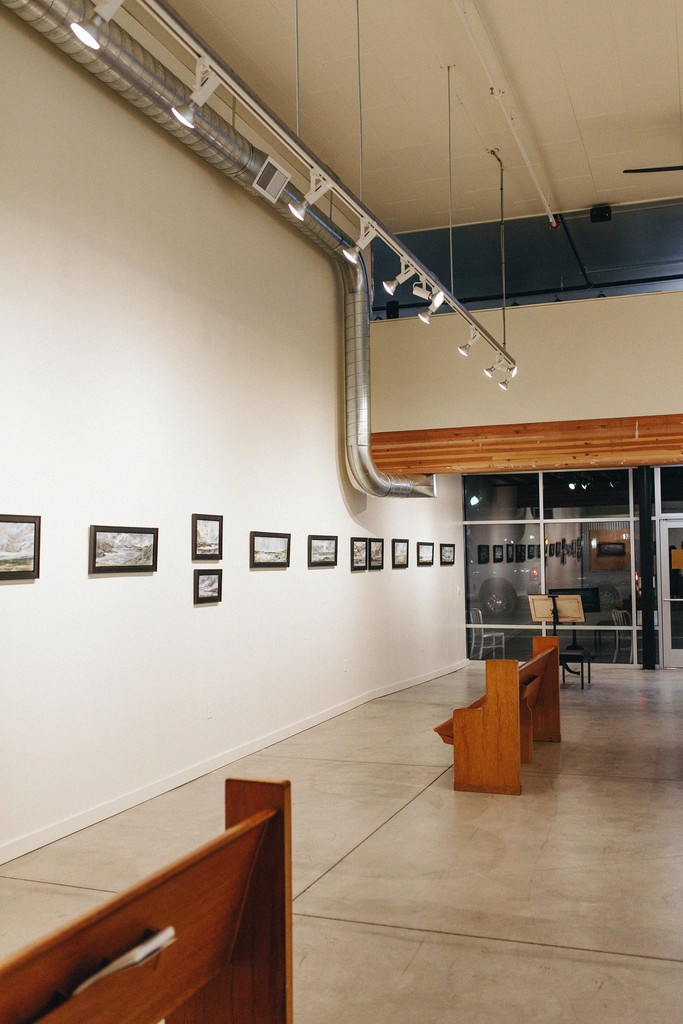 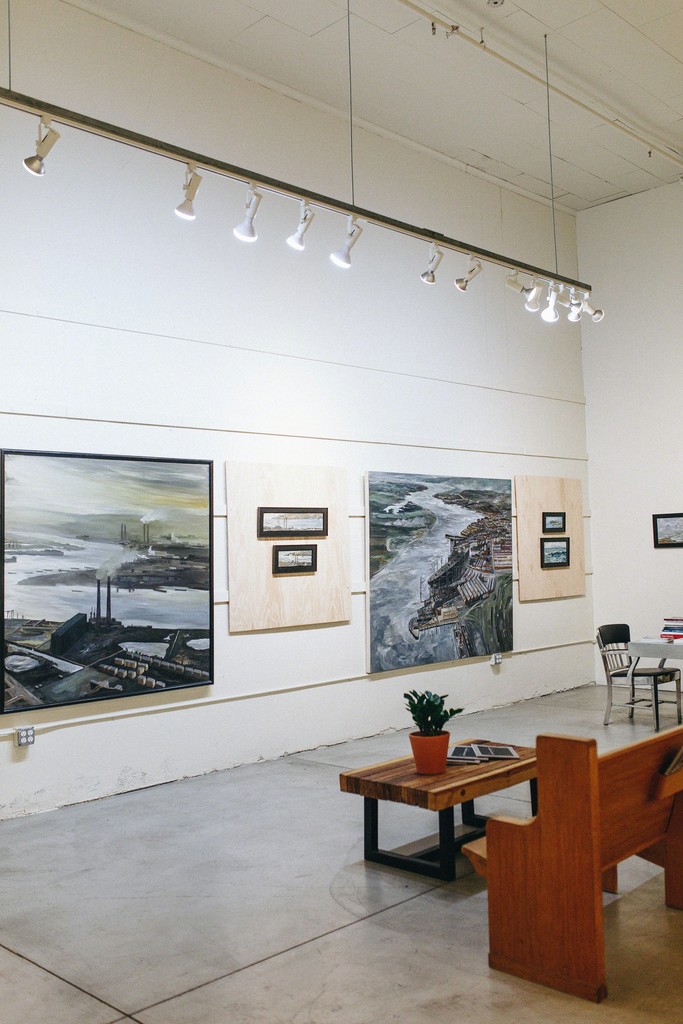 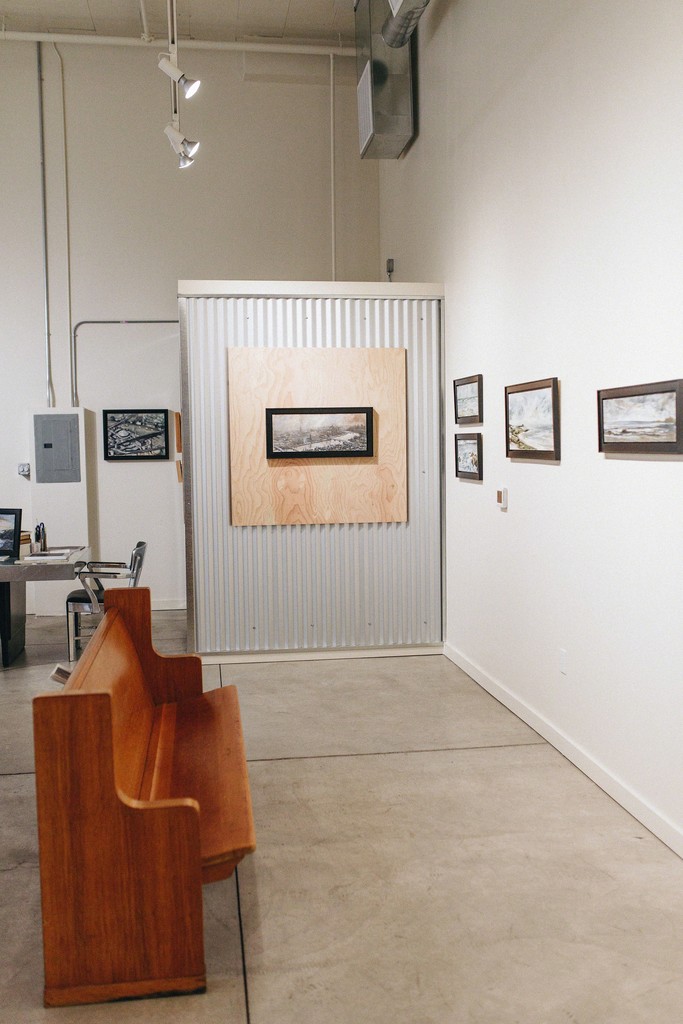 At first glance, these paintings are moody, lovingly executed seascapes and landscapes by an artist landing at a mature point in his career. A deeper dig into the artist's biography and artistic philosophy yields the meanings beneath the surface in Cunningham's intimate oil and beeswax sketches on linen. Longing, memory, melancholia and personal history inform these paintings based on family snapshots, historic newspaper images and random anonymous photographs. The sketches capture the elusive “stain of truth” representing aura, permeation and transcendence along with more easily recognized elements of land, sky & sea. They demonstrate the titular concept of “proto” (first) “fetishist” (devotional) paintings by proving that paint itself is the true object of obsession and ultimate devotion, not the completed paintings.

Cunningham was born in Belfast, Ireland in 1953, attended the Art Centre College of Design in Pasadena, California in the 1980's, worked as a set dresser in Hollywood for nearly 40 years and exhibited his paintings regularly at museums and galleries on both sides of the Atlantic. After a hiatus from painting and a recent move from southern California to Williams, Oregon, he painted a Christmas card for his wife Barbara that sparked the latest, and subjectively, most successful group of Cunningham's work to date.

His personal biography: Infancy and youth as an only child with a beautiful mother who hosted a television show on the BBC and served as the face of her families' fashion businesses in Ireland and the UK. Escape to the United States in the midst of the Catholic/Irish conflict with little left from earlier affluence. Studies with Harry Carmean, Mike Kelly and Lita Albuquerque at the Art Centre College of Design in Pasadena, CA. Subsequent/simultaneous career as set dresser beginning with “Marathon Man” starring Dustin Hoffman in 1976 through “Enders Game” starring Harrison Ford in 2013. Placement in corporate and private collections with a solid exhibition history of group shows at museums and galleries in Ireland and the United States.

This is Paul James Cunningham's first Solo Exhibition at age 63. It is the third exhibit at Untitled 2.0, a gallery at the corner of 6th and G Street in Grants Pass, Oregon. This gallery is a reboot of Untitled, a gallery on the fourth floor at 315 Sutter Street, San Francisco, California. The original gallery was launched 25 years ago when gallery owner, DeWayne Lumpkin, was 27 years old and recently graduated from California College of Arts & Crafts. Lumpkin is now 52 and applying the same high standards to his small town gallery that he would if it were located in San Francisco or Portland, Los Angeles or Seattle. Grants Pass is located at the midpoint of these metropolitan hubs on Interstate 5.

Such small towns along I-5 are considered “drive-by” destinations in much the same way “fly-over” country is discounted for its lack of sophisitication by residents of the East and West Coasts. Grants Pass is experiencing a resurgence of restaurants, live music venues, retail shops and wildlife adventures along the Rogue River. Much of this growth is spurred by the recent legalization of marijuana, ideal growing conditions in southern Oregon and the proliferation of “grow operations” owned by out-of-towners with pockets full of cash.

The confluence of players emerging on the scene in southern Oregon amplifies an Internet fueled blurring of geographic, social and artistic boundaries. These days, you can find the most amazing things in the most unexpected of places. Imagine finding an accomplished international artist with his first solo exhibition at a fine art gallery comparable to those in any metropolitan city – Paul James Cunningham: “Proto-Fetishist Paintings” at Untitled 2.0, a gallery at the corner of sixth and G street in Grants Pass, Oregon.