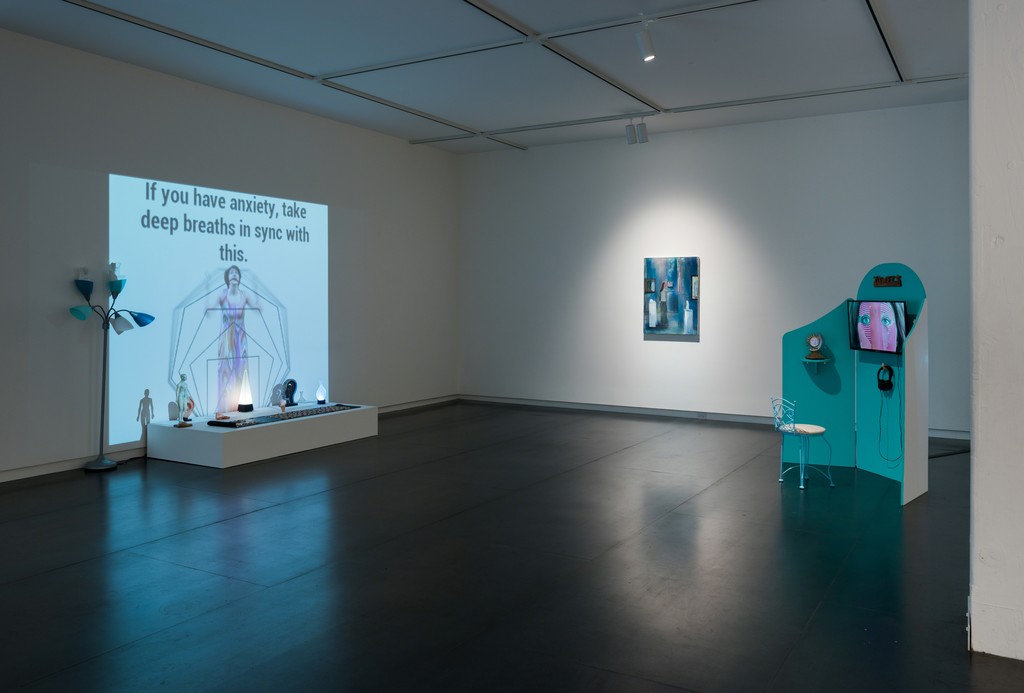 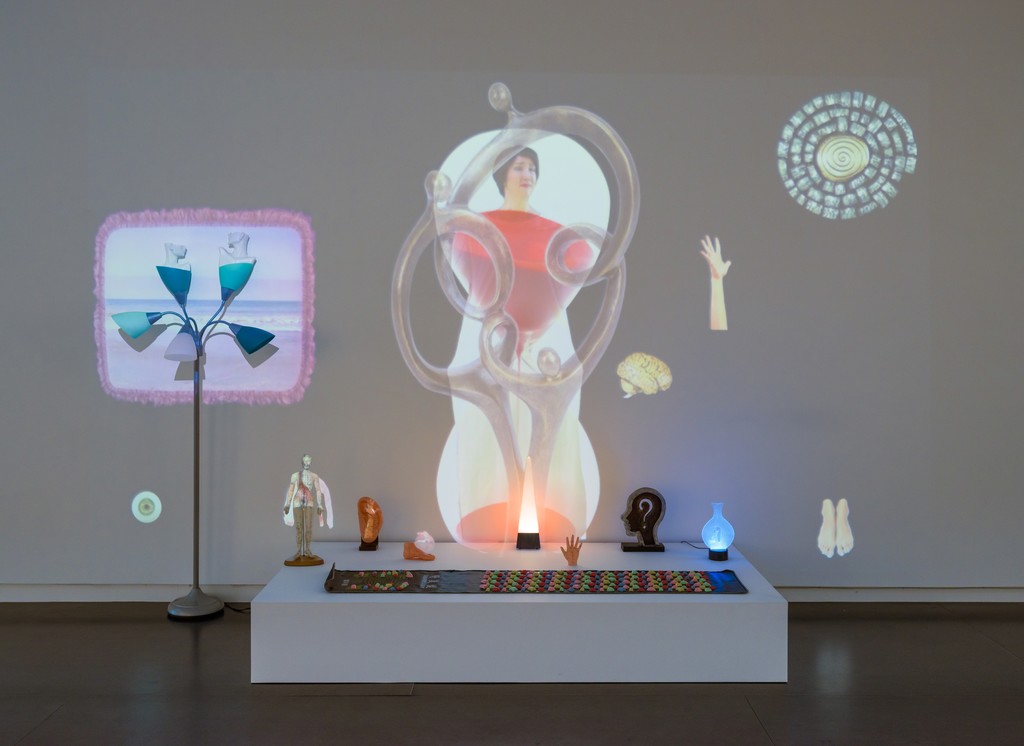 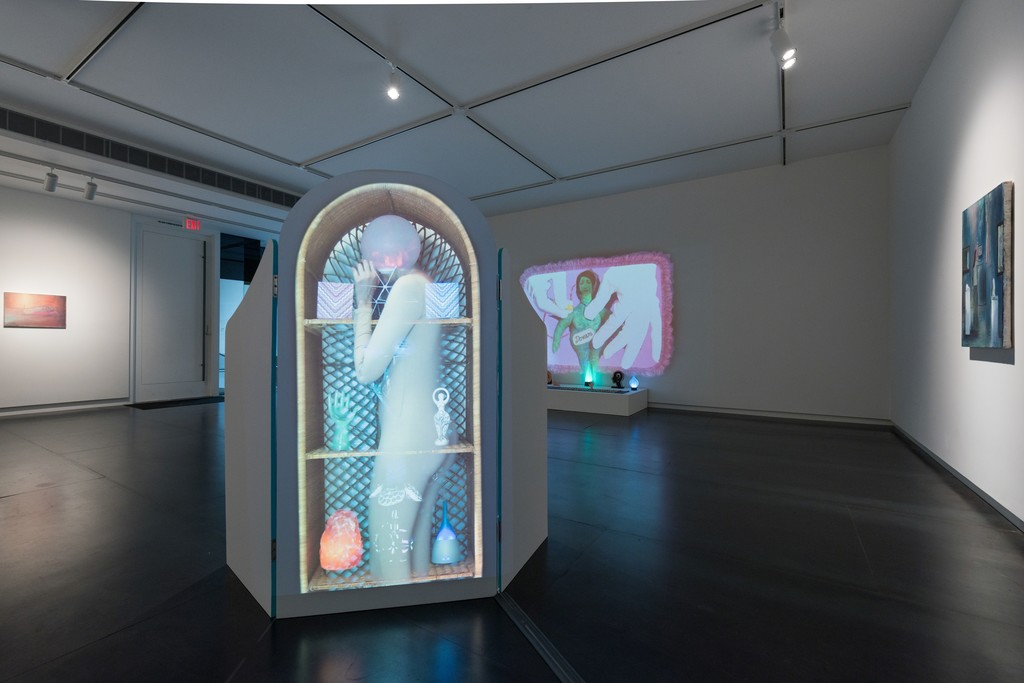 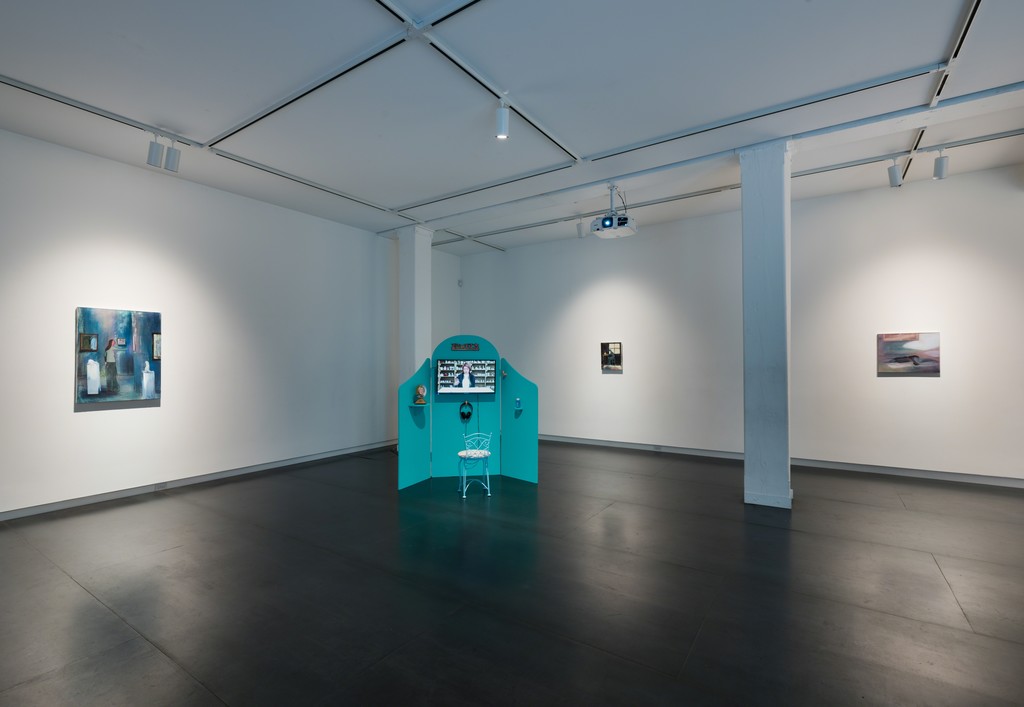 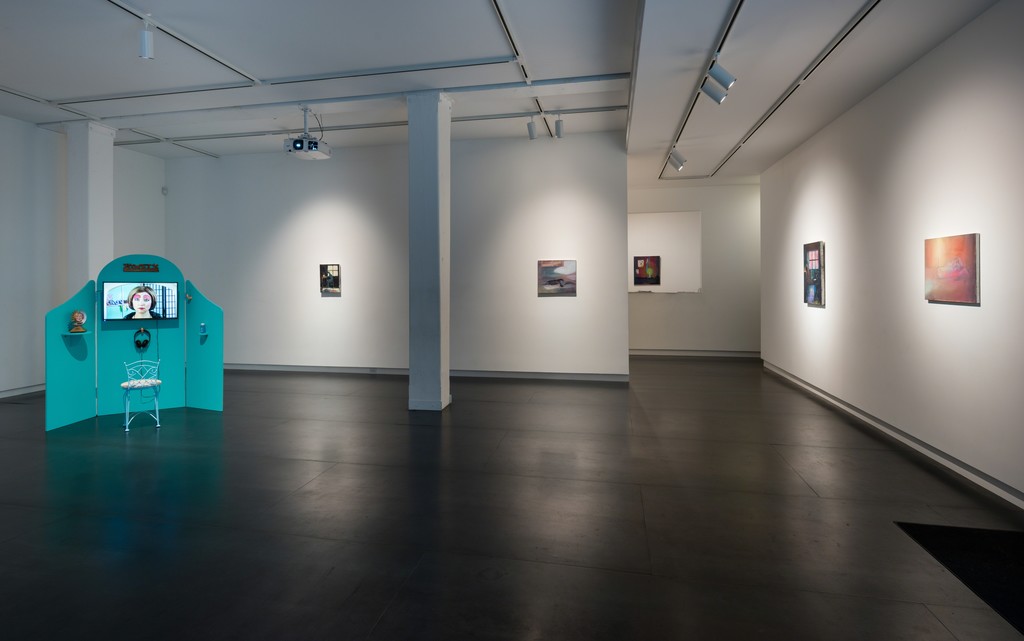 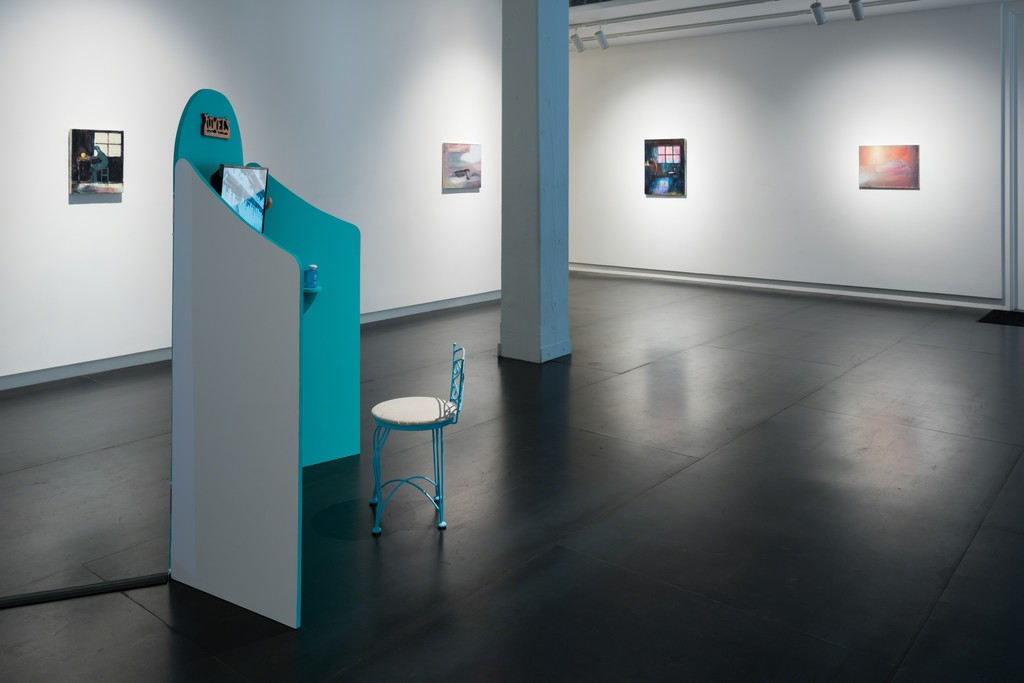 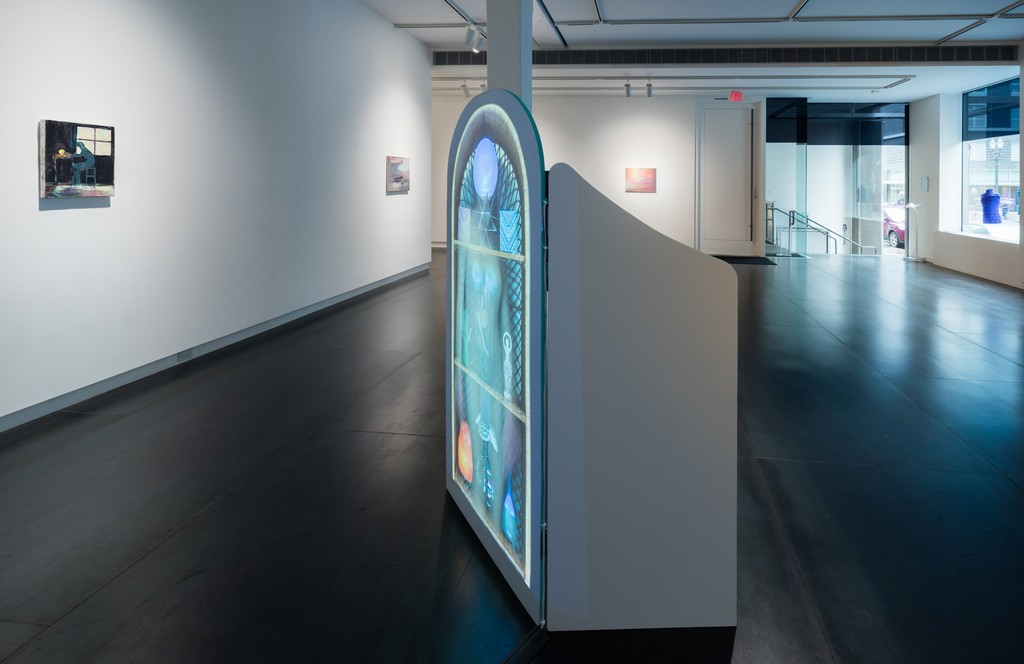 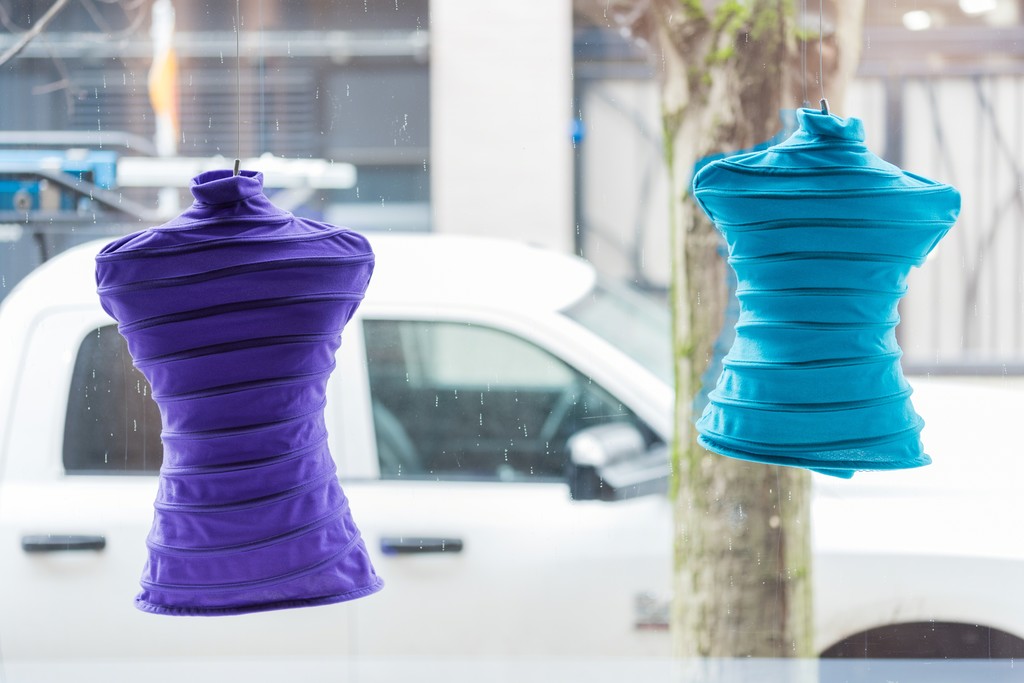 With limitless information at our fingertips and the ability to “connect” with friends and followers around the clock, it would seem that the loneliness and existential uncertainty that have long characterized the human experience no longer apply. Bored with what (or who’s) in front of us, we can at any moment swipe right for better options. What, then, is missing?

Narrative paintings by Heidi Hahn and episodic video works and site-specific installation by Shana Moulton remind us that our crisis of meaning is alive and well. Presenting visually enticing yet disquieting tragicomedies in which the artists’ alter-egos attempt to replenish their spiritual deficiencies through the promise of self-help, self-stimulation and “paint your own pottery,” both artists grapple with the ambivalent aspects of identity and belonging, at once commenting on and enacting the alienated self in a society that claims to provide us with everything we need.

Heidi Hahn (American, b. 1982) earned her Bachelors degree in Fine Art from Cooper Union and her MFA from Yale School of Art. She has been awarded residencies at Skowhegan School of Painting and Sculpture, Fine Arts Work Center in Provincetown and the Headlands Center for the Arts, among others. Solo exhibitions of her work have been held at Jack Hanley Gallery in New York and Premier Regard in Paris, and she has been included in group exhibitions at Anton Kern, New York; Kohn Gallery, Los Angeles; H I L D E, Los Angeles and John Wolf, Los Angeles, among others.

Shana Moulton (American, b. 1976) earned her BA from University of California, Berkeley, in art and anthropology and her MFA from Carnegie Mellon University. She has been an artist-in-residence at the LMCC Workspace Program, New York; Skowhegan School, Maine; and The Sommerakademie in Berne, Switzerland. Moulton has exhibited or performed at The New Museum, Museum of Modern Art and MoMA P.S.1 in New York; San Francisco Museum of Modern Art; Wiels Center for Contemporary Art, Brussels; and De Appel, Amsterdam, among others. Moulton’s work has been reviewed in The Village Voice, Artforum, The Brooklyn Rail, The New York Times, Artnet, Frieze Magazine, Art Review, and Flash Art. Her work has appeared on Arte TV and was a featured artist on Art21’s New York Close Up.

Jordana Zeldin is an independent curator and artist representative who champions under-known and emerging artists making exceptional work. She represented painter Heidi Hahn 2012 to 2015 and currently works with 87-year-old sculptor, Harry Leigh. Her exhibitions have been featured in Hyperallergic, ArtInfo, Huffington Post and Interview Magazine, among other publications.