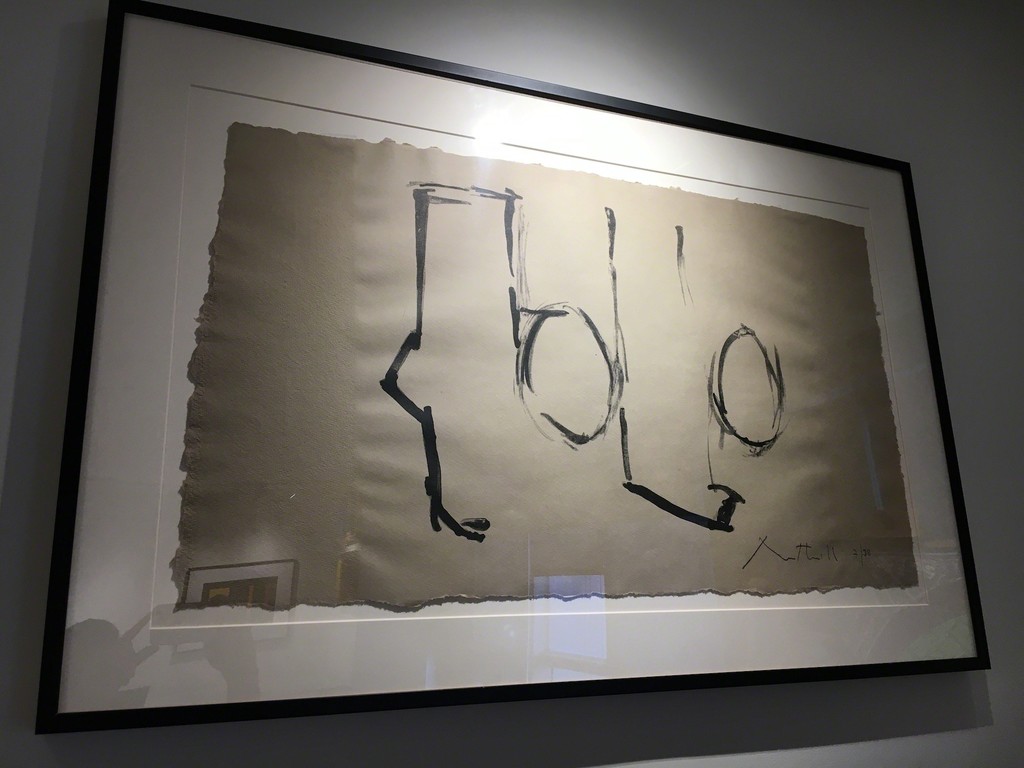 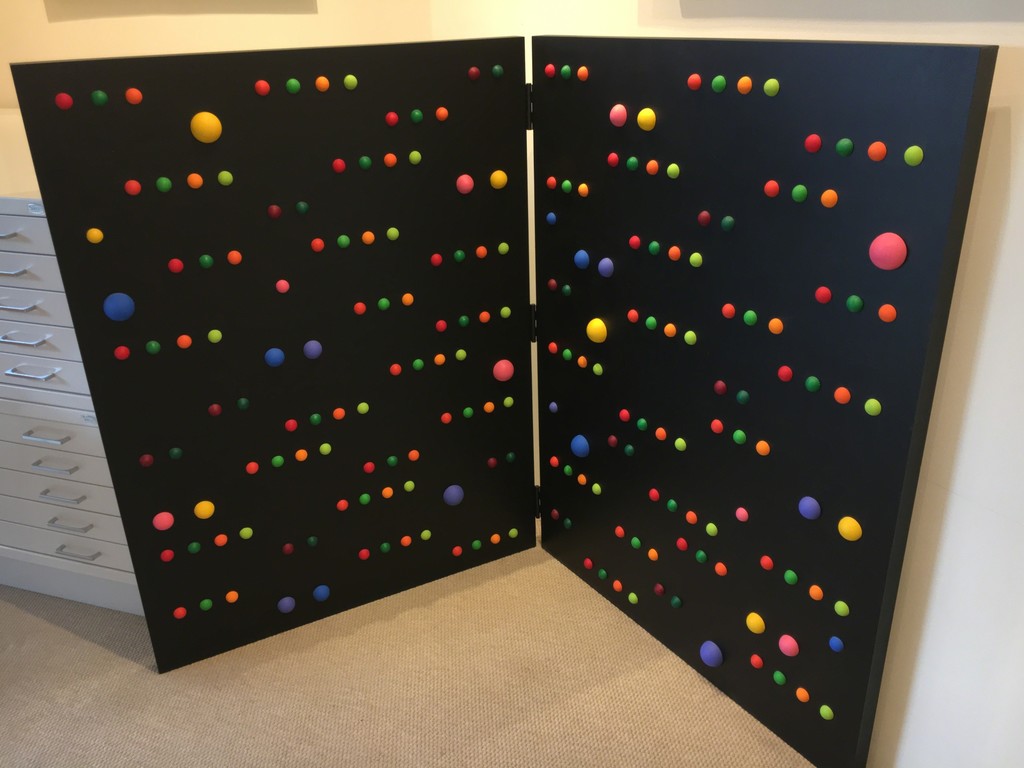 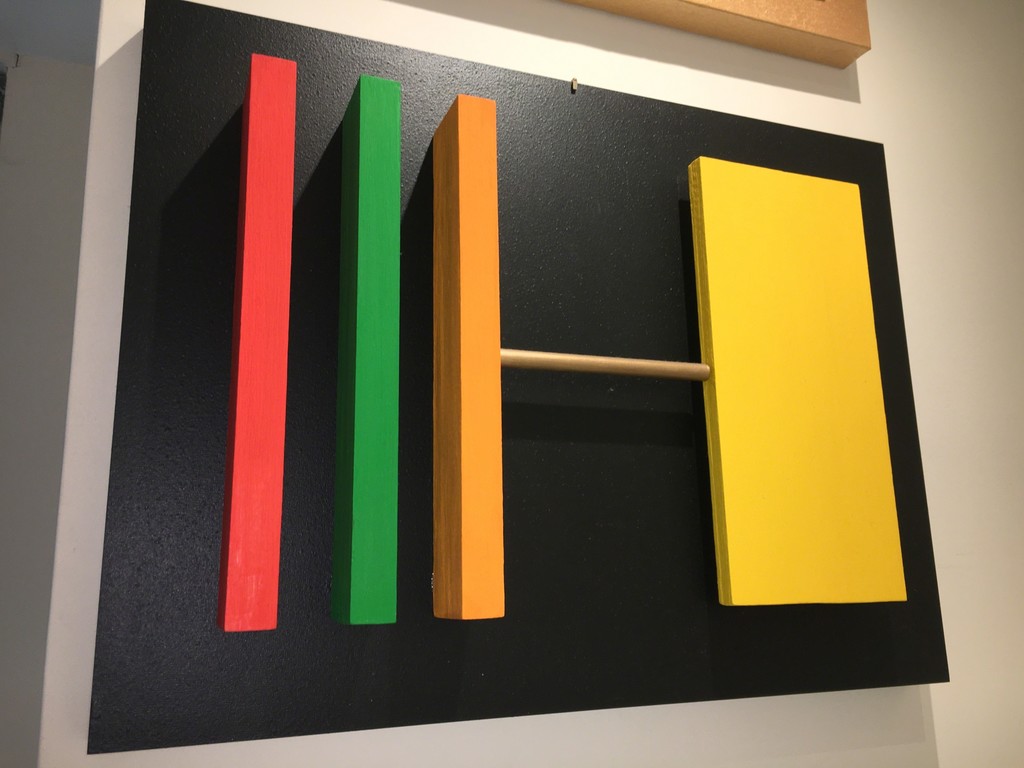 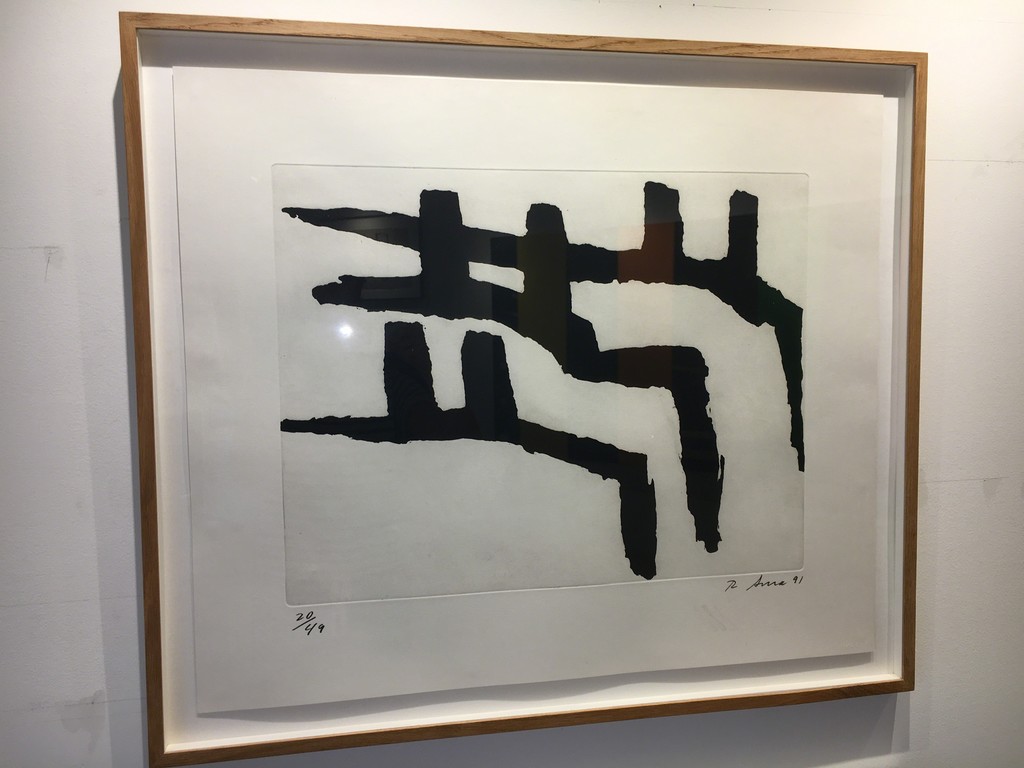 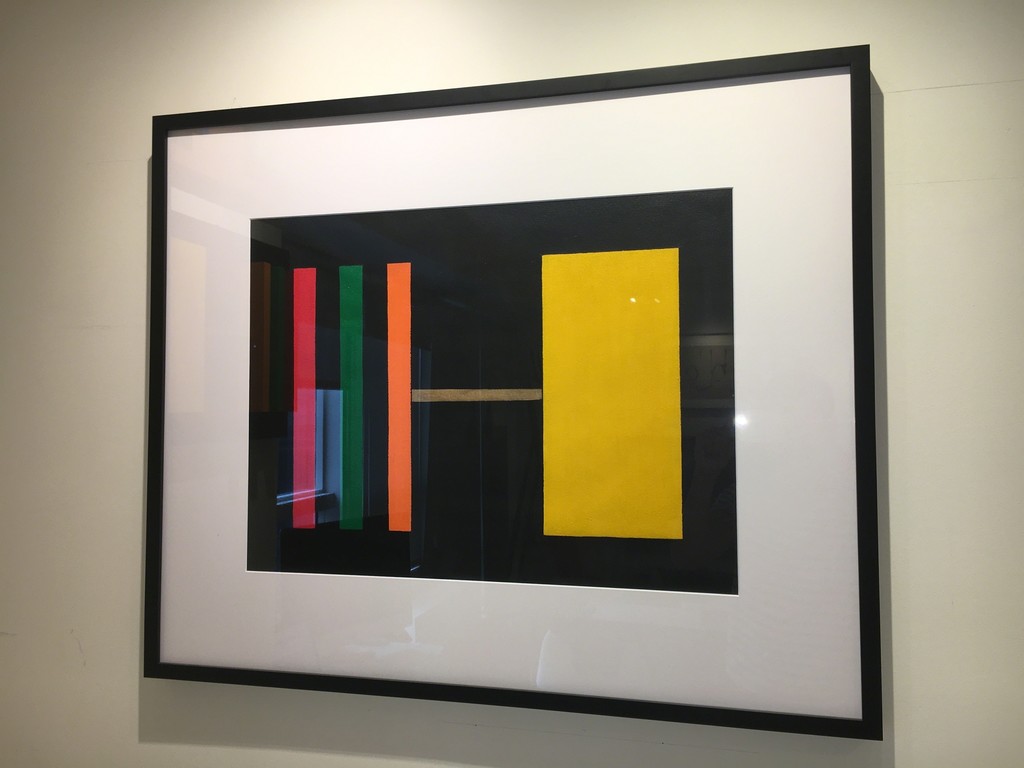 Upsilon Gallery is pleased to present Black, an exhibition of original and edition work by Georg Baselitz, Willem de Kooning, Osvaldo Mariscotti, Robert Motherwell and Richard Serra, on view at 146 West 57 Street in New York. Curated by Marcelo Zimmler, the exhibition explores the role played by the color black in Post-war and Contemporary work.

In the 1960s, Georg Baselitz emerged as a pioneer of German Neo–Expressionist painting. His work evokes disquieting subjects rendered feverishly as a means of confronting the realities of the modern age, and explores what it is to be German and a German artist in a postwar world. In the late 1970s his iconic “upside-down” paintings, in which bodies, landscapes, and buildings are inverted within the picture plane ignoring the realities of the physical world, make obvious the artifice of painting. Drawing upon a dynamic and myriad pool of influences, including art of the Mannerist period, African sculptures, and Soviet era illustration art, Baselitz developed a distinct painting language.

Willem de Kooning was born on April 24, 1904, into a working class family in Rotterdam, the Netherlands. A first-generation Abstract Expressionist, de Kooning is one of the most important artists of the 20th century. In 1950s New York, when painters like Jackson Pollock and Franz Kline were moving away from representational imagery toward pure abstraction, de Kooning maintained a commitment to the figurative tradition, developing a signature style that fused vivid color and aggressive paint handling with deconstructed images of the female form—a then-controversial body of works that has become known as his “Women” paintings.

One of the most significant artists working today, Osvaldo Mariscotti’s dedication to the interaction of form and color has led to a continued exploration of perception. He takes over the most basic elements of Suprematist art, the straight line and the square, a choice that reflects the emphasis he places on the shapes produced by man rather than those existing in nature. His works are very significant, made from the decomposition of figures such as the rectangle, which is then decomposed into its essential colored lines on a black background. Mariscotti’s search puts him in the context of geometric conceptualism: that reality of thought that holds figuration as malaise and searches for synthesis, as a model to pursue. His art examines the “non reality” and breaks it down into geometric shapes, to arrive at the development of a new code.

Alongside Jackson Pollock, Mark Rothko, and Willem de Kooning, Robert Motherwell is considered one of the great American Abstract Expressionist painters. His esteemed intellect not only undergirded his gorgeous, expressive paintings—frequently featuring bold black shapes against fields of color—but also made Motherwell one of the leading writers, theorists, and advocates of the New York School. He forged close friendships with the European Surrealists and other intellectuals over his interests in poetry and philosophy, and as such served as a vital link between the pre-war avant-garde in Europe and its post-war counterpart in New York, establishing automatism and psychoanalysis as central concerns of American abstraction. "It's not that the creative act and the critical act are simultaneous," Motherwell said. "It's more like you blurt something out and then analyze it.

Richard Serra was born in 1938 in San Francisco, California. The monumental sculptures of Richard Serra, one of the preeminent sculptors of the 20th century, emphasize or alter viewers' perceptions of space and proportion. “It's all about centralizing the space in different ways. How people move in relation to space, that's essentially what I'm up to,” he has said.

For further inquiries please contact the gallery at [email protected] or at +1 646 712 1185. All images are subject to copyright. Gallery approval must be granted prior to reproduction.