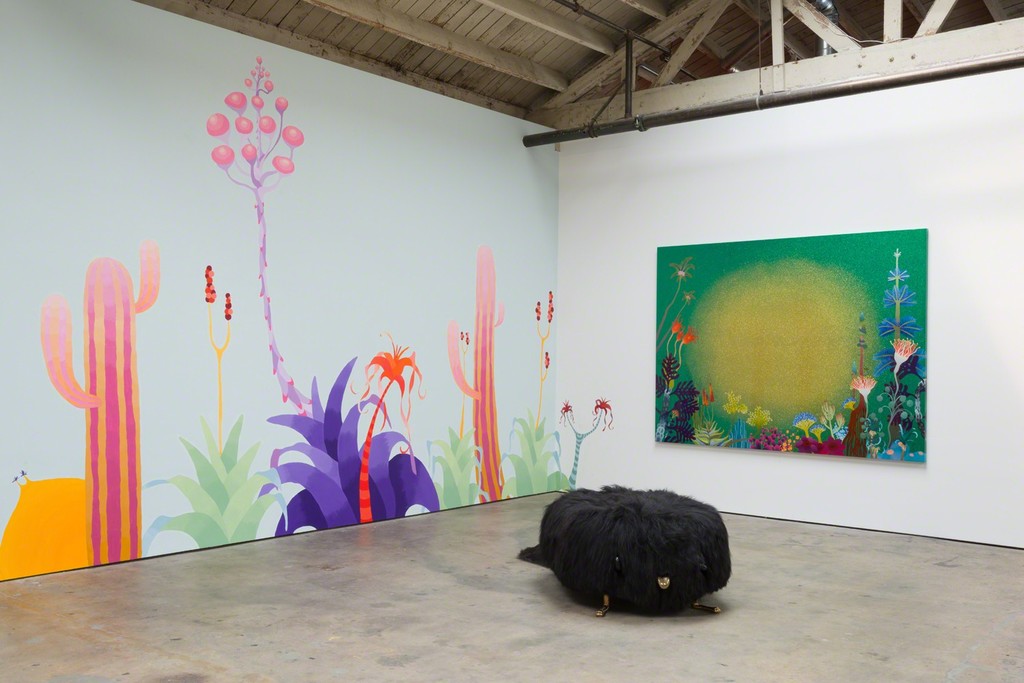 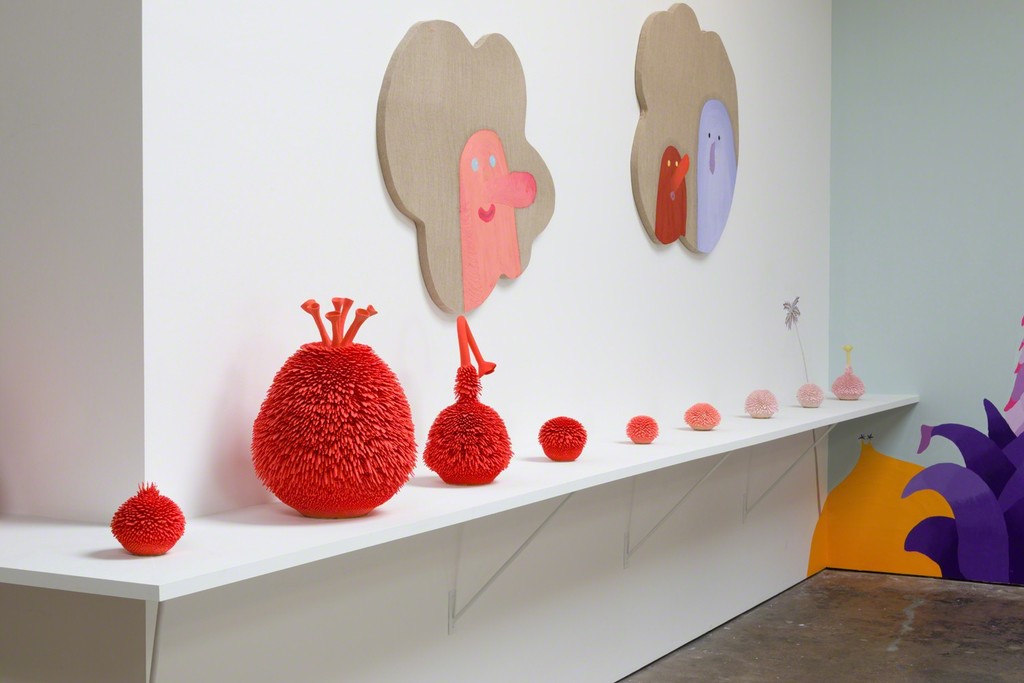 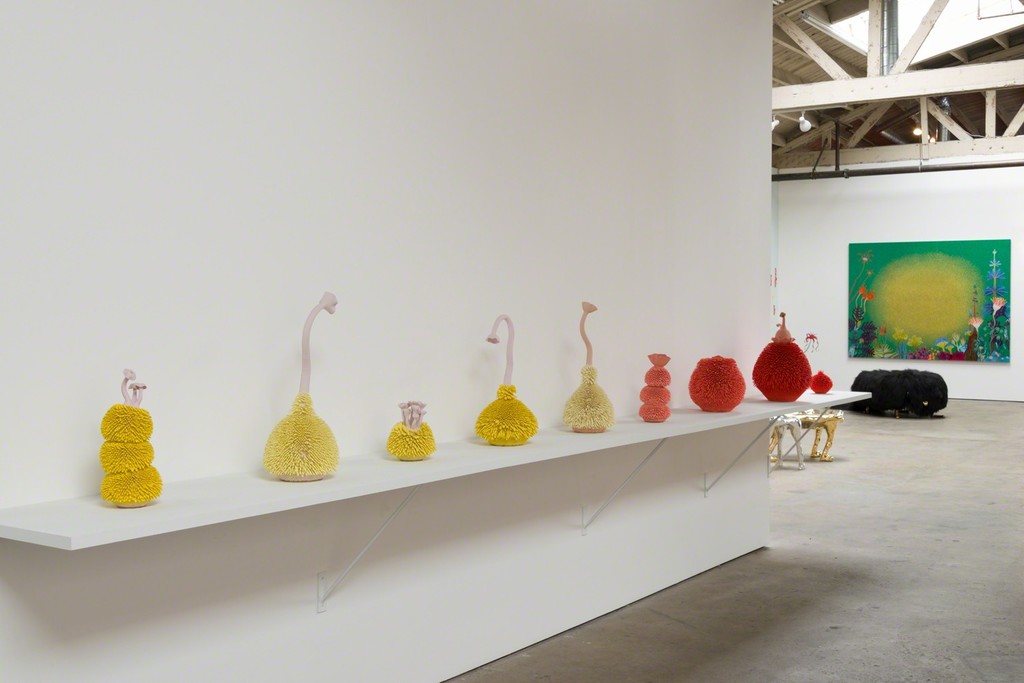 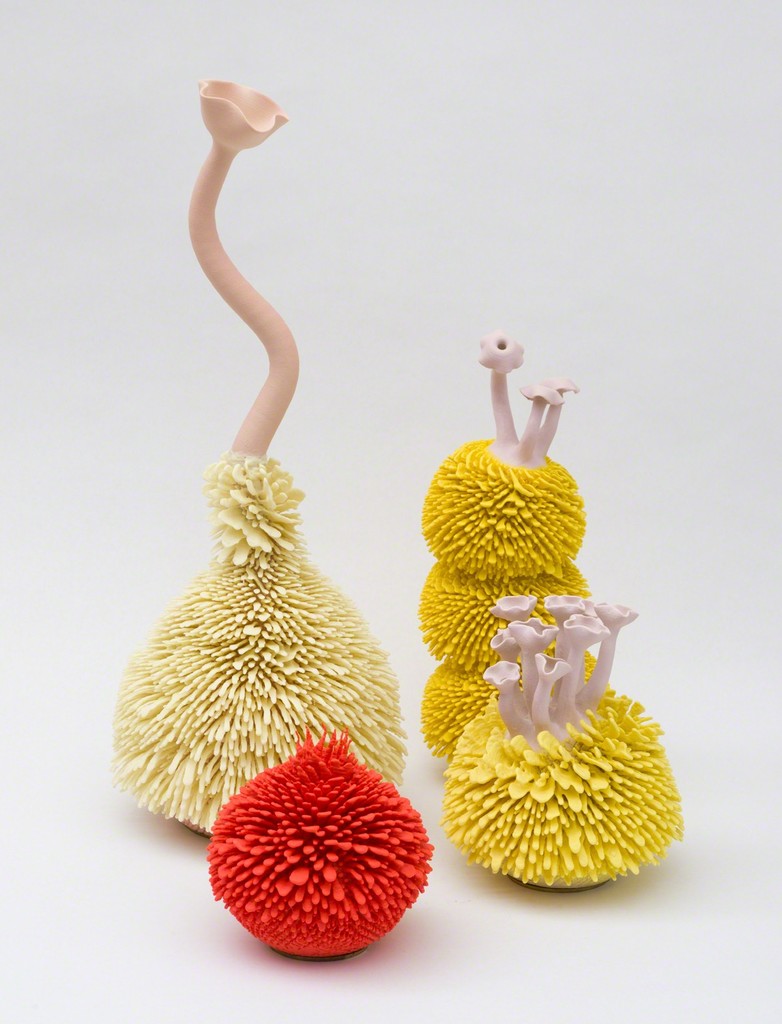 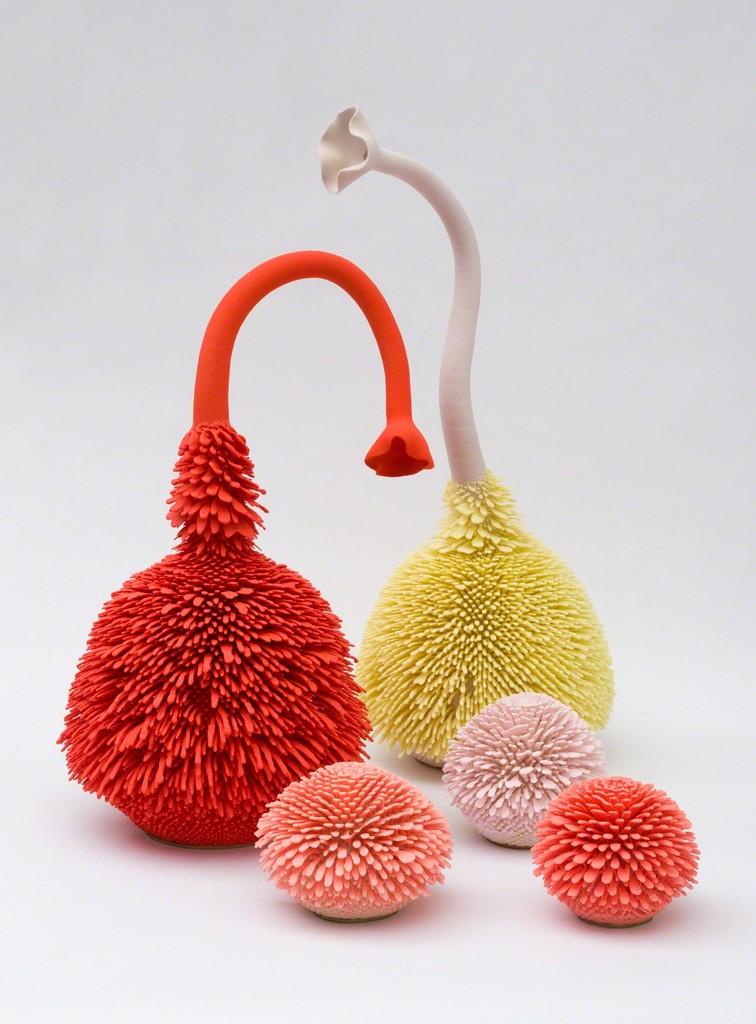 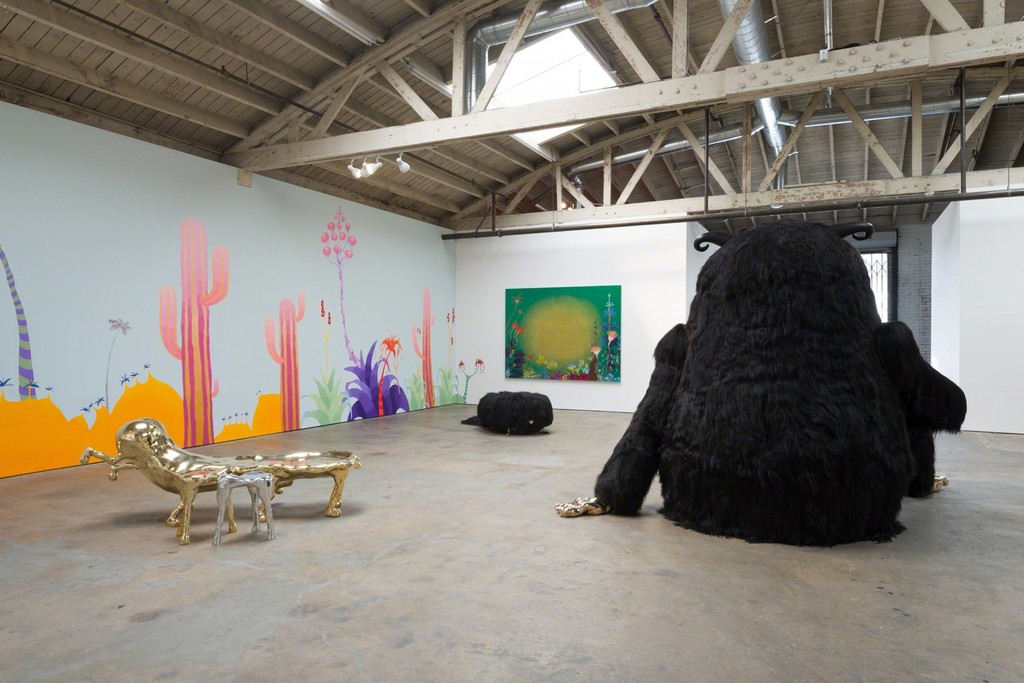 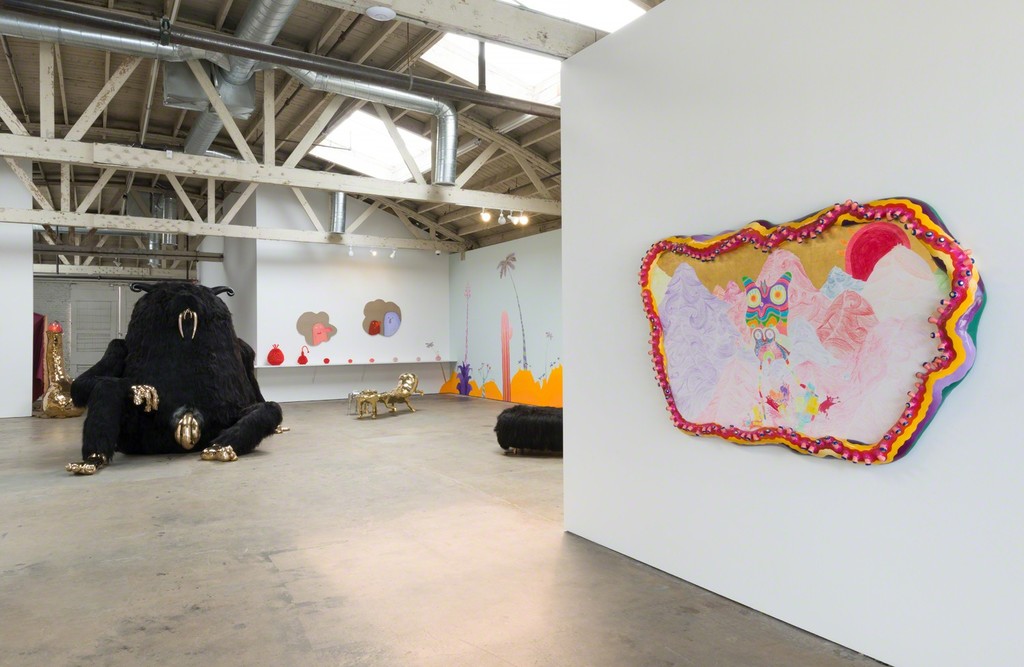 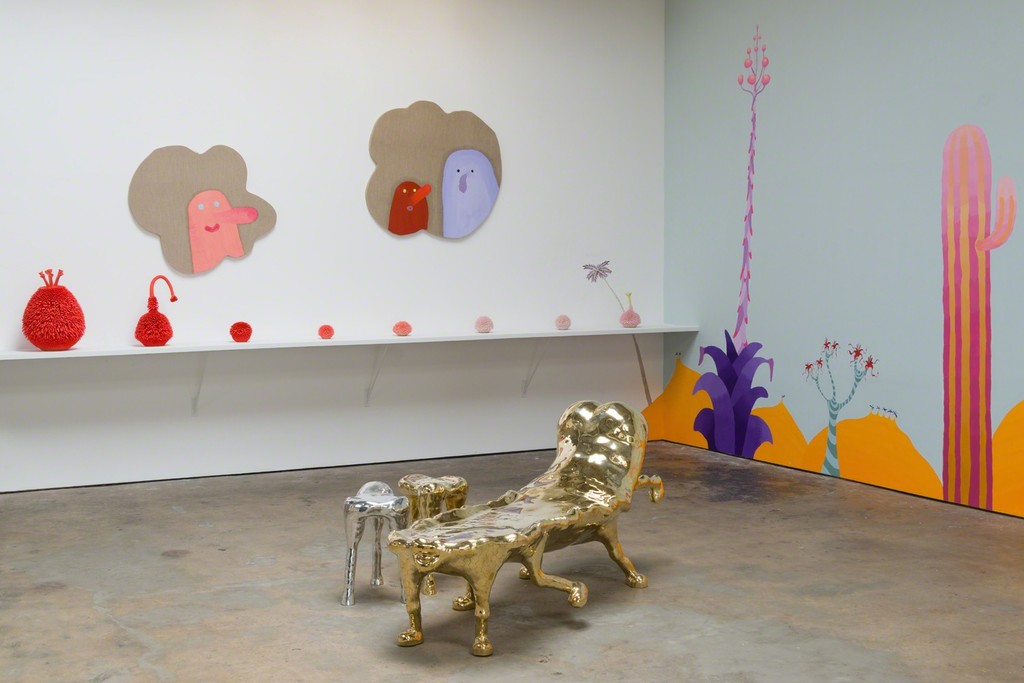 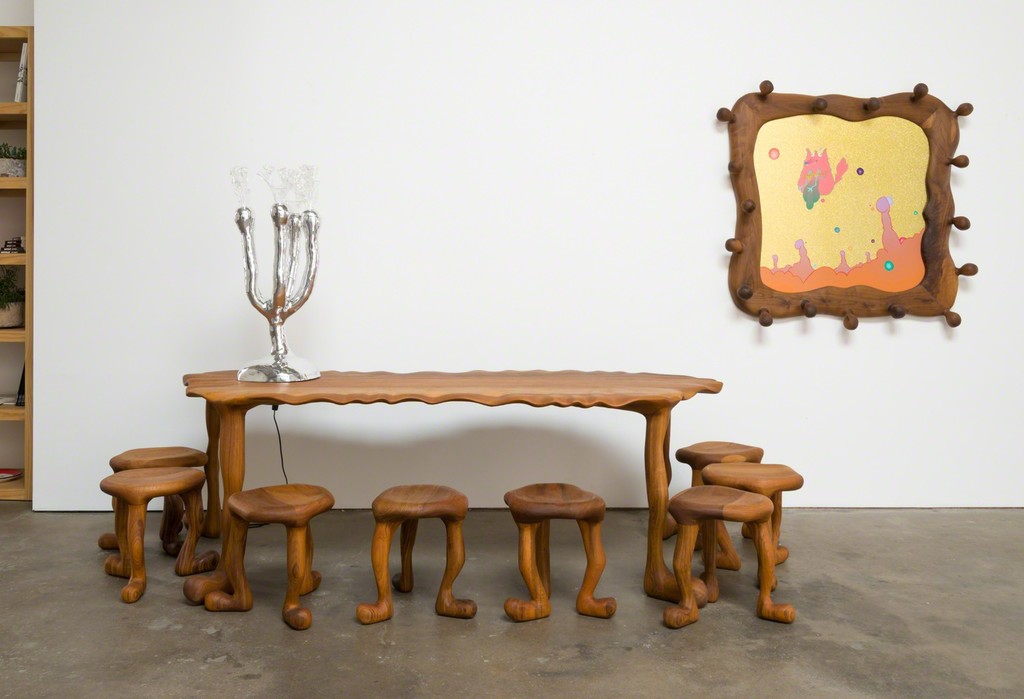 LOS ANGELES, CA – AUGUST 2017 – UTA Artist Space is pleased to announce Haas Angeles, the first exhibition in Los Angeles by multi-faceted sculptors, designers, craftsmen, and artists. The Haas Brothers. Their internationally renowned work defies strict categorization, as do the fraternal twins themselves, disrupting both the design and art world with their playful and provocative biomorphic crea-tions. The exhibition opens on September 9, 2017, in celebration of the one year anniversary of UTA Artist Space.

Haas Angeles is the brothers’ largest exhibition to date and functions as the first survey of their work. It traces their shared preoccupation with sexuality to a thematic interest in color theory and psychedelia, and highlights their longstanding reputation as craftsmen with a flair for mastering unusual materials, from brass, bronze, porcelain, buffalo fur, and epoxy clay, to highly technical resins and polyurethane. The show will be a Los Angeles homecoming for the twins, and the title is a playful homage to the city of LA, its influence on their work, and its spirit of free-mindedness that allows the Haas Brothers to cre-ate their fearless and imaginative art.

This exhibition presents the breadth of the Haas Brothers career over the past six years including memorable works such as “Advocates for the Sexual Outsider," the twin’s sex room that stunned De-sign Miami in 2014, as well as King Dong, the biggest Beast ever created in their studio. These will be presented alongside new sculptural furniture, 3-D paintings and drawings, and a full set of twenty ce-ramics that that function as a single artwork sliding down the color scale. The Haas Brothers will also debut their first video artwork at UTA Artist Space - a psychedelic piece inspired by color theory that mimics the effects of a kaleidoscope. The artists themselves will be present during this uniquely expe-riential exhibition, running a screen printing pop-up in the gallery for the public during the opening recep-tion, all while surrounded by a hand-painted large-scale mural.

This solo show from The Haas Brothers is the latest milestone for UTA Artist Space and coincides with the celebration of the one year anniversary of the space. Since opening in September 2016, UTA Artist Space has seen six successful exhibitions featuring Larry Clark, Jake & Dinos Chapman, and Enoc Pe-rez, as well as a hit presentation at the Seattle Art Fair, which debuted never-before-seen paintings by Kurt Cobain presented alongside his contemporaries in the visual arts - including works by Richard Prince, Josephine Meckseper, and Banks Violette.

ABOUT THE HAAS BROTHERS
The Haas Brothers, twins Nikolai and Simon (b. 1984), had a creative upbringing in Austin, Texas where their opera singer mother, actor brother and sculptor father taught them to play music, write, sing and paint. In 2010 they founded The Haas Brothers in Los Angeles, and have evolved from fabricators and collaborators to nimble cross-pollinators in disciplines including fashion, film, music, art and design.

Their work is in the permanent collections of the RISD Museum in Providence, RI, the Cooper Hewitt, Smithsonian Design Museum in New York, NY, and the Metropolitan Museum of Art in New York, NY. The Haas Brothers currently live and work in Los Angeles, California.