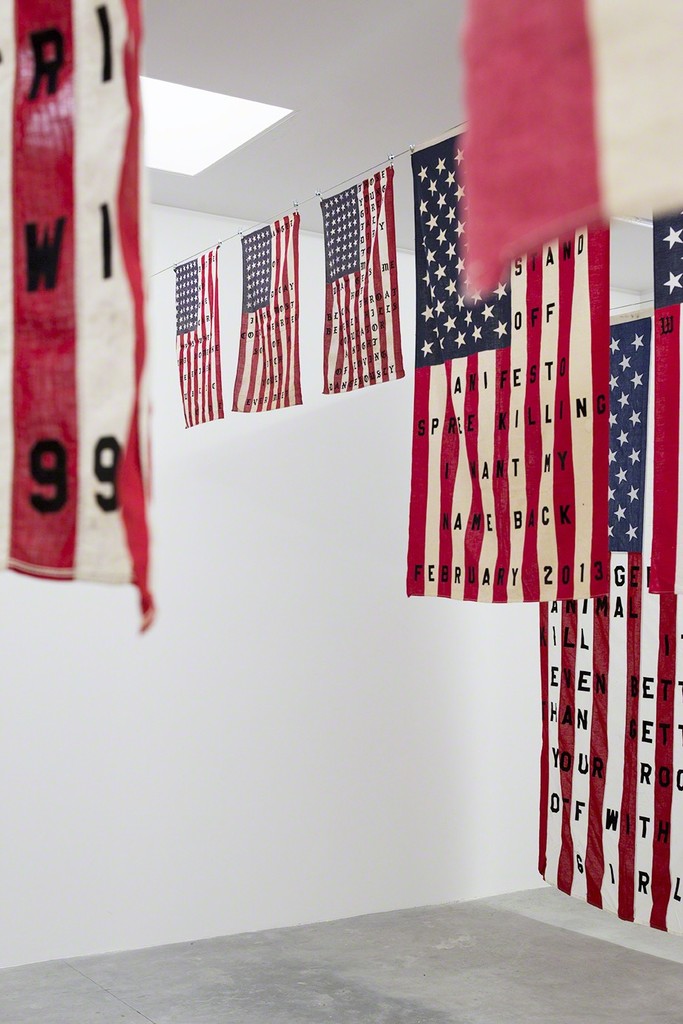 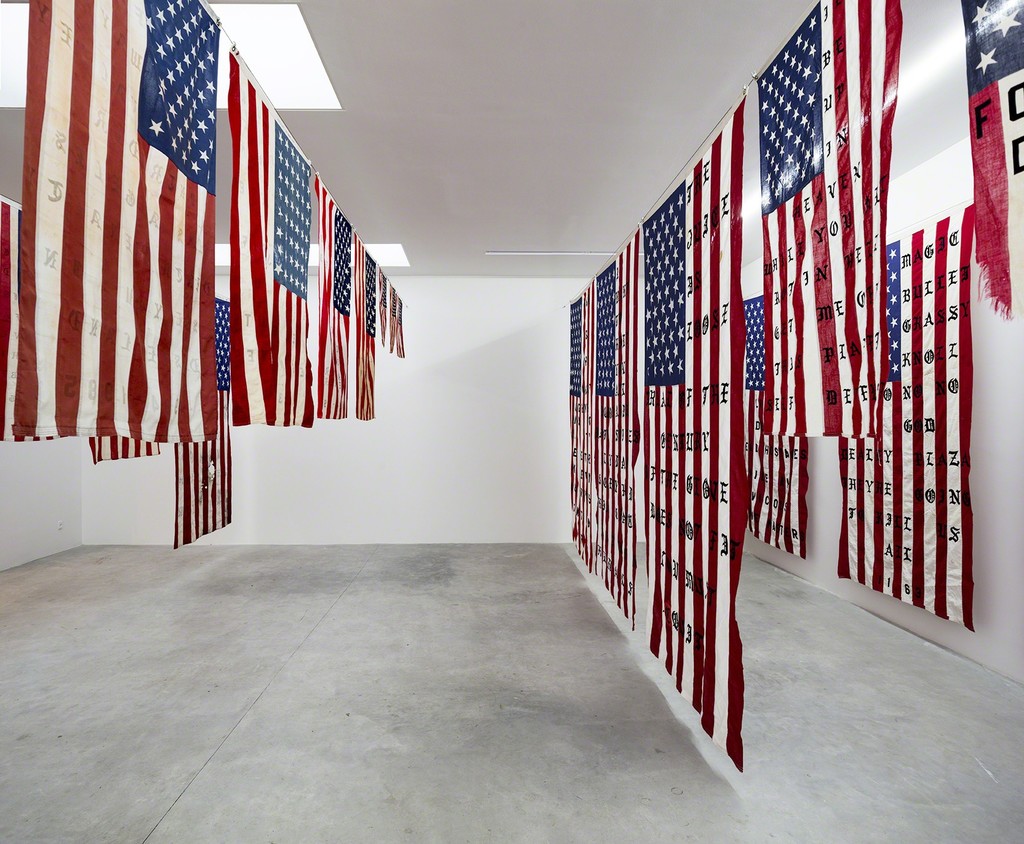 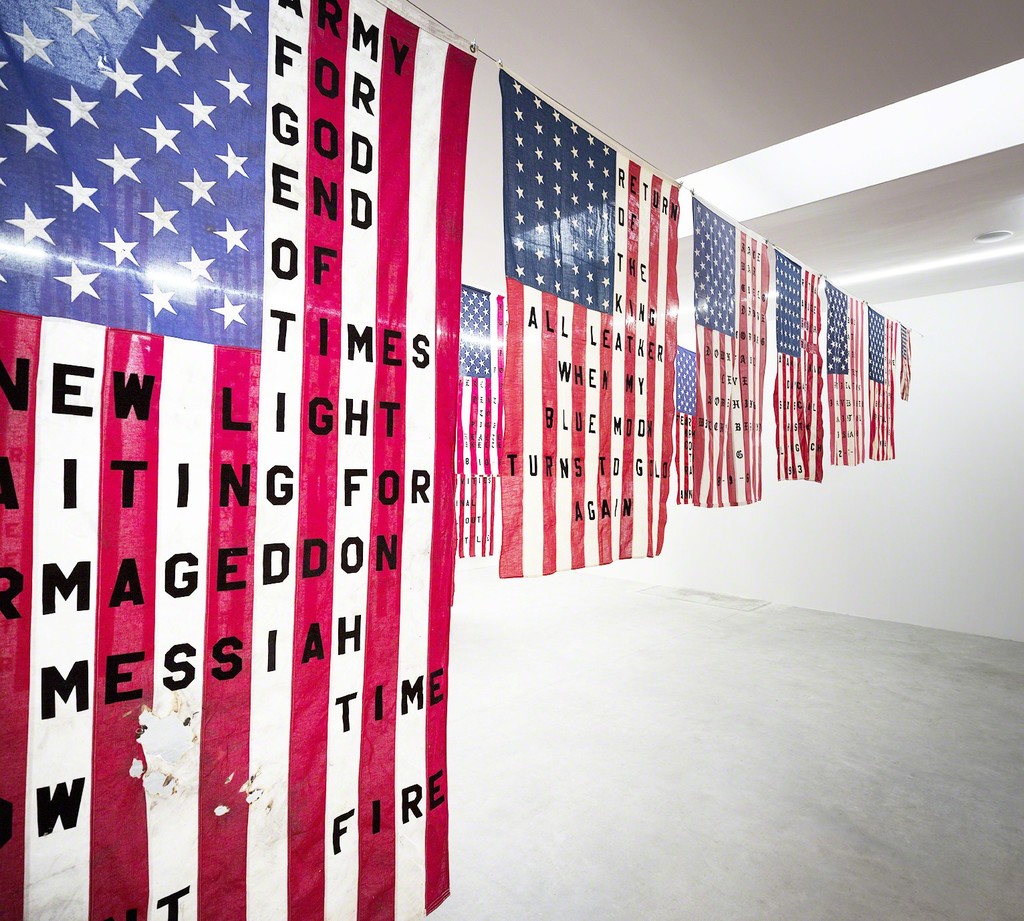 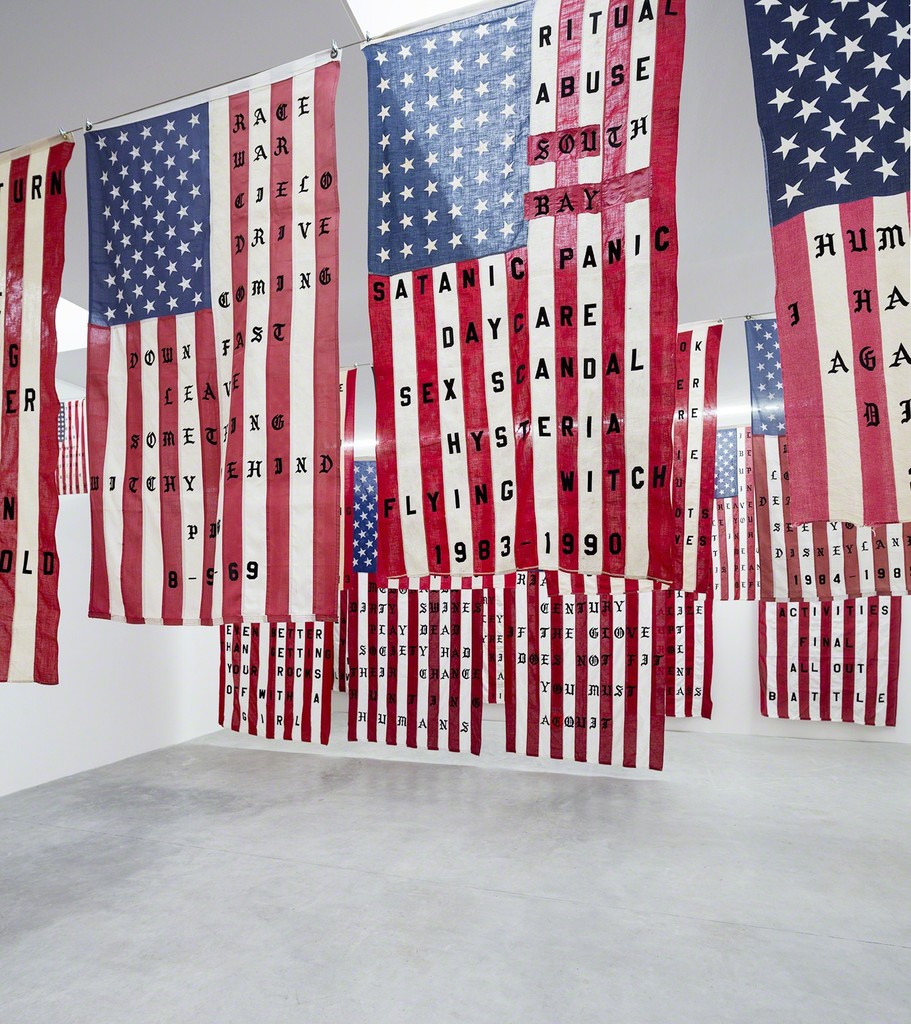 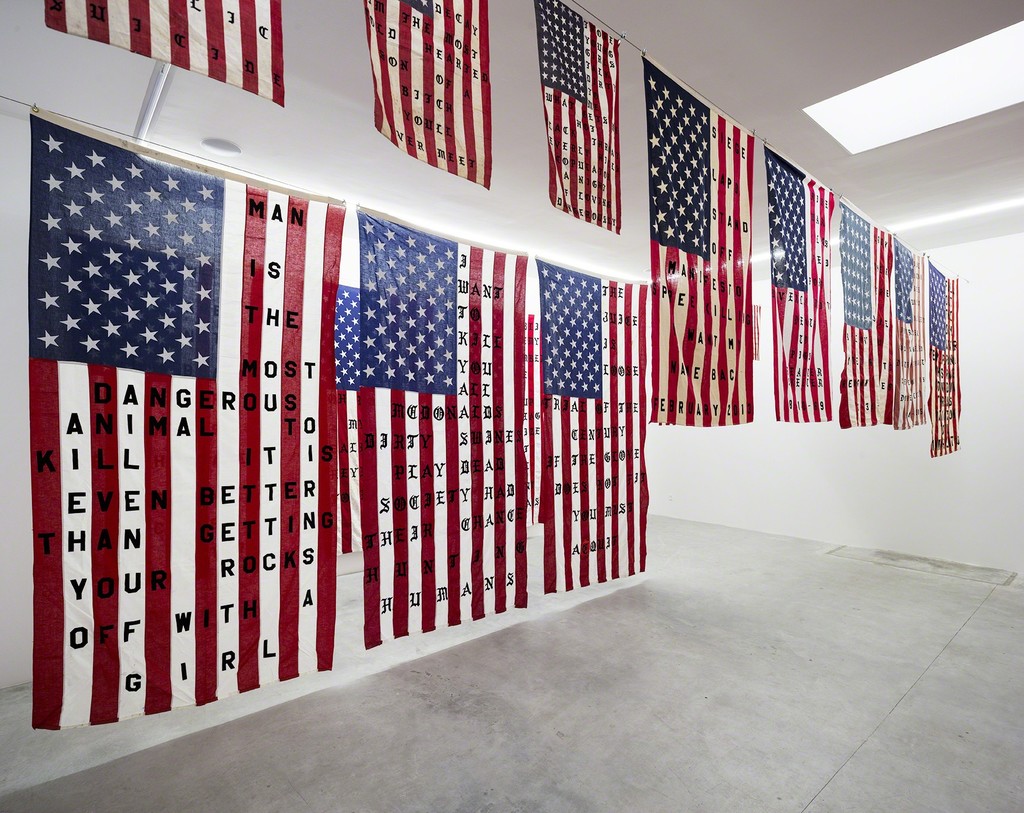 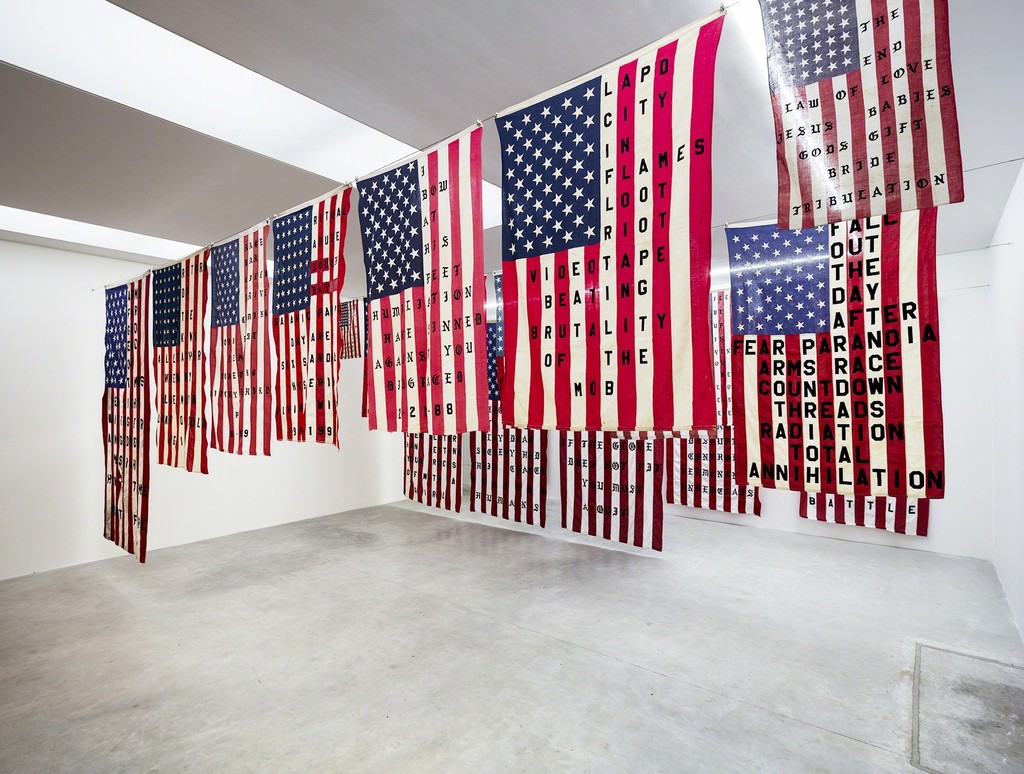 "When I was a kid I was terrified by the news. Nuclear war was imminent. Satanists were on every block. When I was 12 The Nightstalker had LA checking the locks on all their doors and I started sleeping with a knife under my pillow. The far right was doing their best to control anyone with different ideas and lifestyles and hateful evangelists were scandalized for the human behaviors they demonized from the pulpit. When Senator Budd Dwyers public suicide was televised, kids in the neighborhood would bring VHS copies of it to each other's houses. While I was recalling events and choosing what these flags would be I quickly saw that I could have made the entire series out of current events. How many shootings have happened in the last 6 months alone? The horror continues”. Cali Thornhill DeWitt, 2016.

DeWitt deconstructs these moments in the exhibition, his language a mixture of haiku poetry, TV shop, breaking news and text message. He facilitates a memorial of moments. A wake for 29 Flags.

Cali Thornhill DeWitt (born 1973, Vancouver Islands, Canada) lives and works in Los Angeles, USA. Dewitt’s practice reflects a complex and fragmented world, but instead of fostering first world apathy or nihilism, it induces curiosity, defiance and hope. He works in the same tradition as Jenny Holzer, Barbara Kruger, John Giorno and the late great Mike Kelley. He is a multidisciplinary artist and eclectic instigator. He runs the independent record label and publishing house Teenage Teardrops together with his wife Jenna Thornhill DeWitt (a frequent collaborator). Recent and ongoing collaborations include Varg (album covers) Kanye West (Pablo World), Iceage (videos, album covers), A Four Labs (two collections), Someware (a collaboration with artist Brendan Fowler) and numerous projects with Haruka Hirata of Big Love. A new artist book Over The Volcano has just been released at The New York Art Book Fair. 29 Flags a publication made on the occasion of the exhibition will be available in a very limited edition of 100.

We look forward to seeing you.